What is the highest speed limit in SA?

What is the highest speed limit in SA?

Yeah, I believe all our local cars had 3.44 diffs. It's got really decent torque (although it has never been on a dyno to know the actual figures).

The highest speed limit on the highways is 120 km/h, and most roads around me are limited to 60 or 80 km/h.

Thanks, Tim. Now the search begins for one locally to avoid having to import one

Here the top is 110kph - I think a 3.44 is perfect for that and it still gives plenty of grunt and acceleration

Here the top is 110kph - I think a 3.44 is perfect for that and it still gives plenty of grunt and acceleration

So, the GTS box is a close ratio box, I believe it was fairly similar to the later Cooper Ss sold here. So then it might make sense to just stick with the standard diff when doing the rebuild?

It’s hard to really know unless you’ve actually tried them. I found the stop from 3.76 to 3.44 wasn’t actually that much especially with the new engine.

It’s hard to really know unless you’ve actually tried them. I found the stop from 3.76 to 3.44 wasn’t actually that much especially with the new engine.

I was thinking that if I was getting the gearbox rebuilt and doing a big Minispares parts order, it might be worth getting the evo cam from MS and fitting that? but realistically, not really. I am quite happy with how the Mini runs at the moment since fitting the LCB and twin carbs. The gearbox rebuild was really because a GTS box is a nice upgrade from standard, and my gearbox seems to have tired synchros, I think.

I realised that I didn't update this thread for quite a while. This year I decided to give the Mini a break and not drive it to campus everyday. We also weren't great at organising any Mini meets/runs in the early part of the year. We did have a short run to a friend's estate for a Mini meet in late February. It was a lovely summer day and it was a relaxing drive out to his homestead. 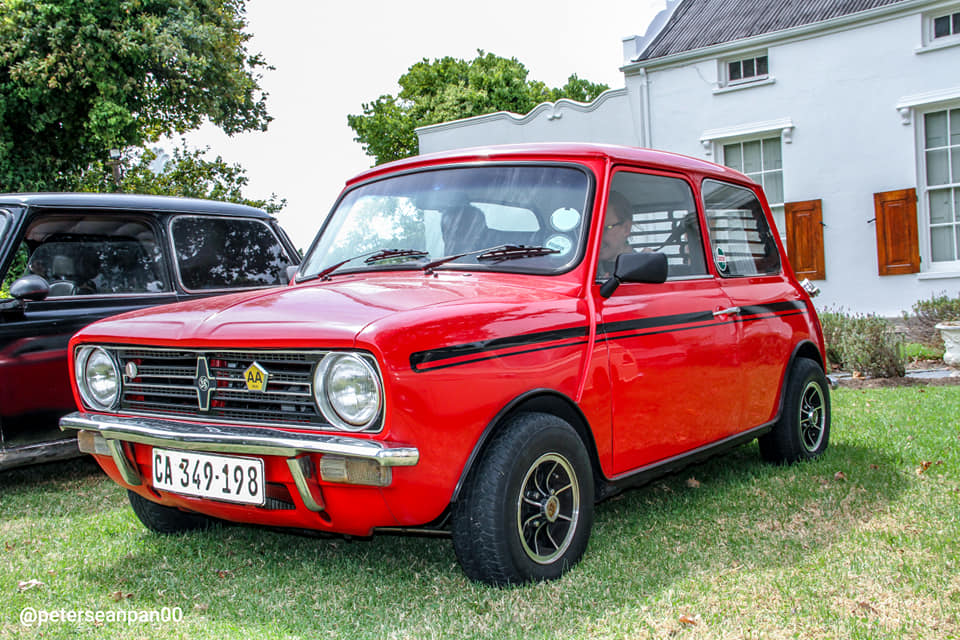 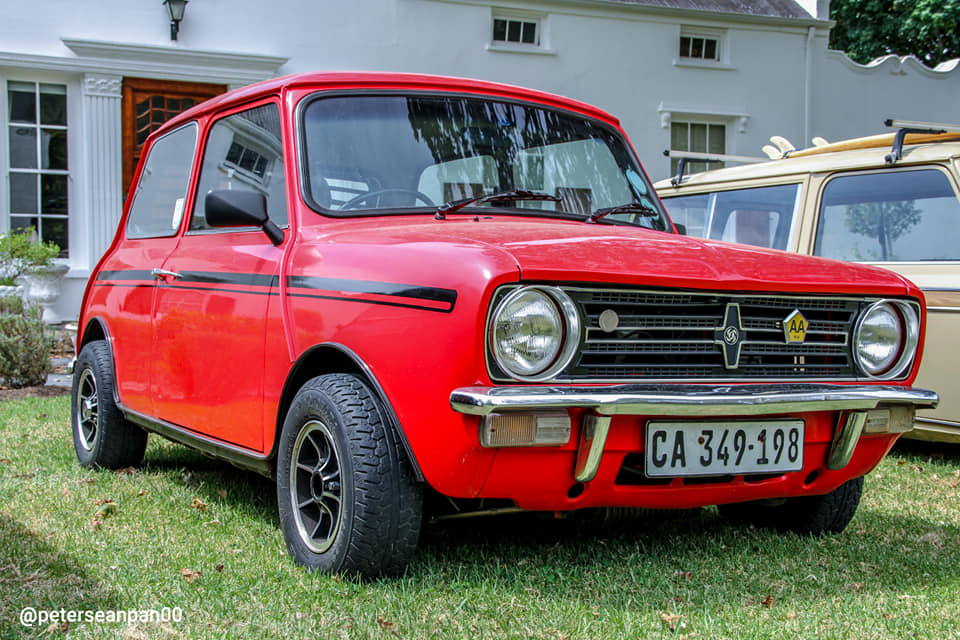 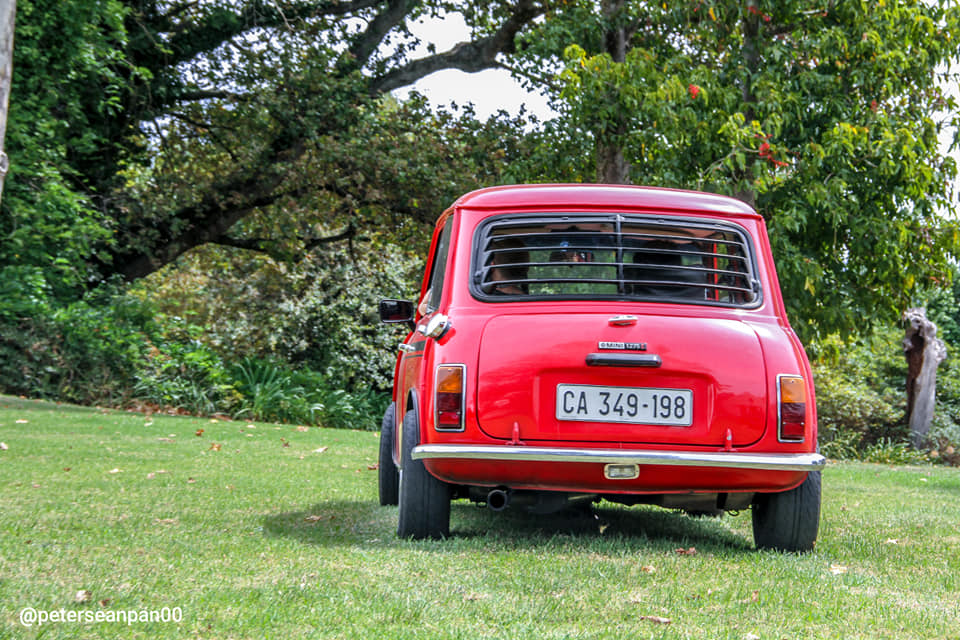 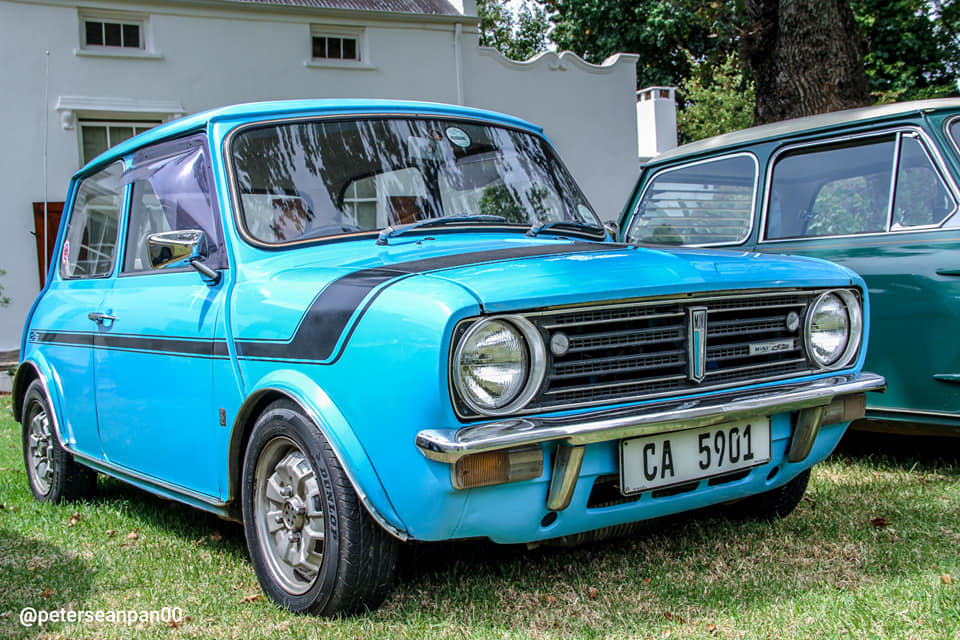 Soon after that, lockdown arrived and the car pretty much sat for 3 months. I did remove the battery and left it plugged into a trickle charger in the house. I figured I'd use the time to do some jobs that I wanted to tackle. First up was the wheel refurbishing. I had seen that original D1s had a machined finish on the lips and webs, rather than the shiny diamond cut finish on the repros. So, I decided to try and replicate this. I worked on two wheels at a time. First the front two and then the rears. Bought a set of Dunlop R7s too, since the old tyres were really old and needed to be retired. Got some new centre caps for the two ones that were damaged too. 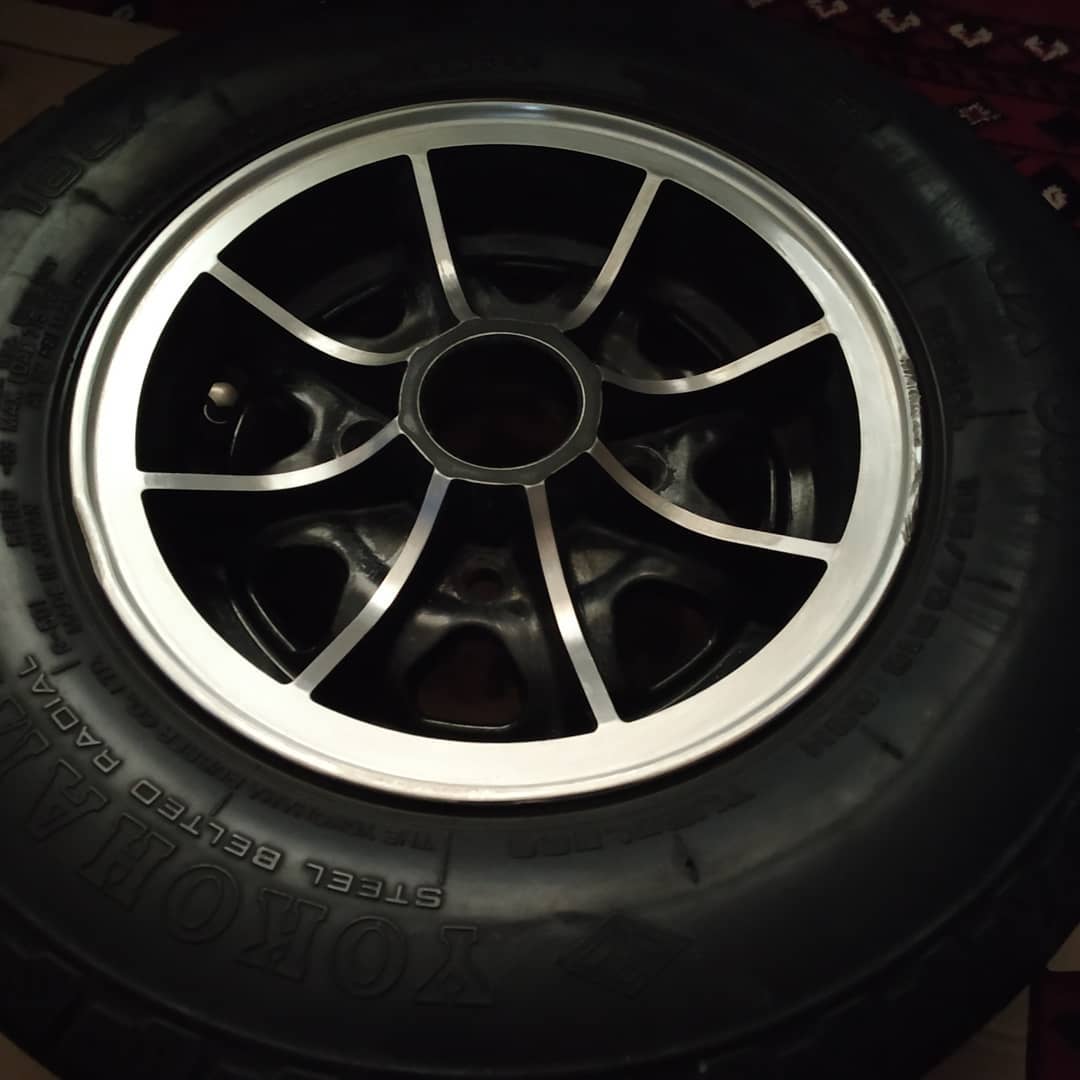 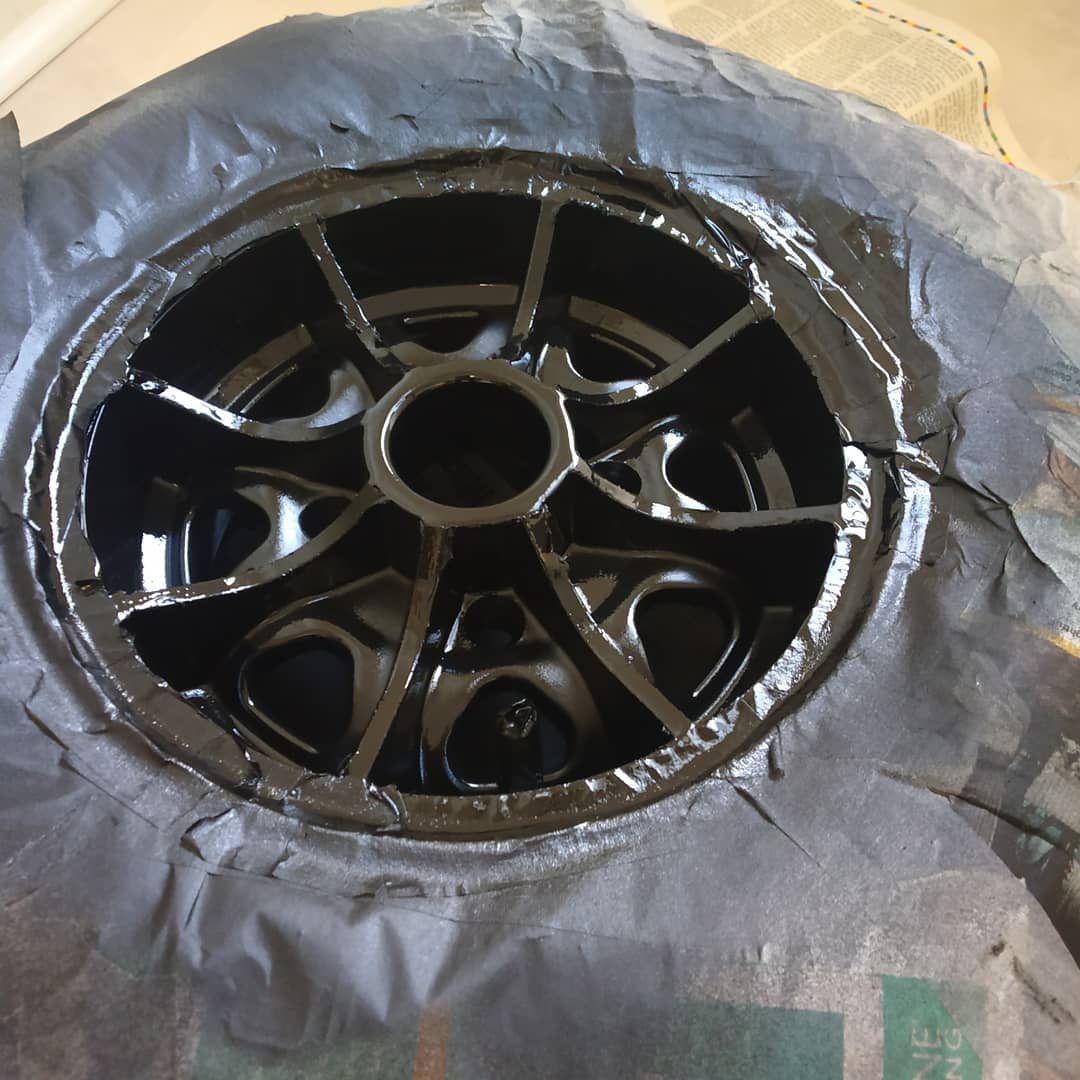 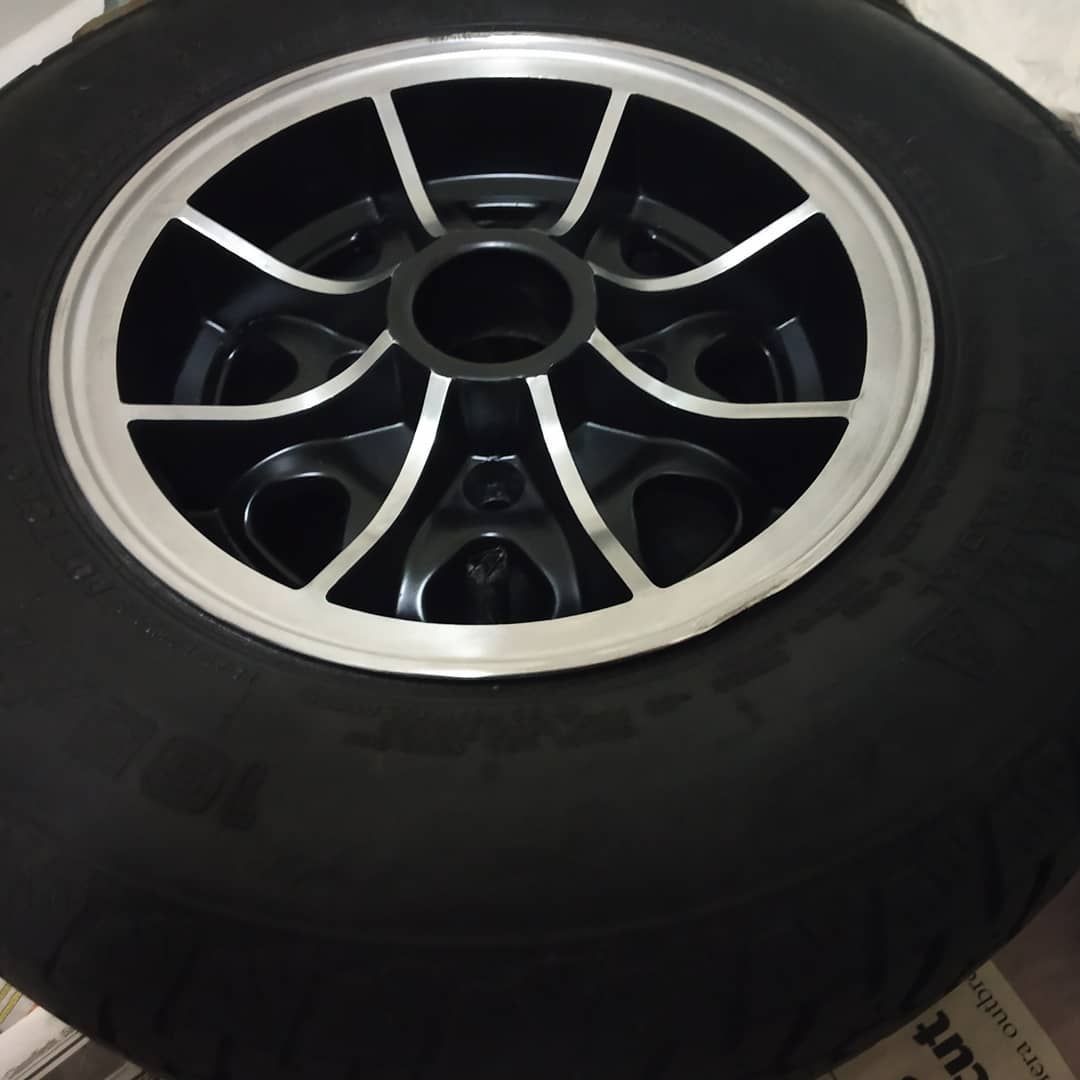 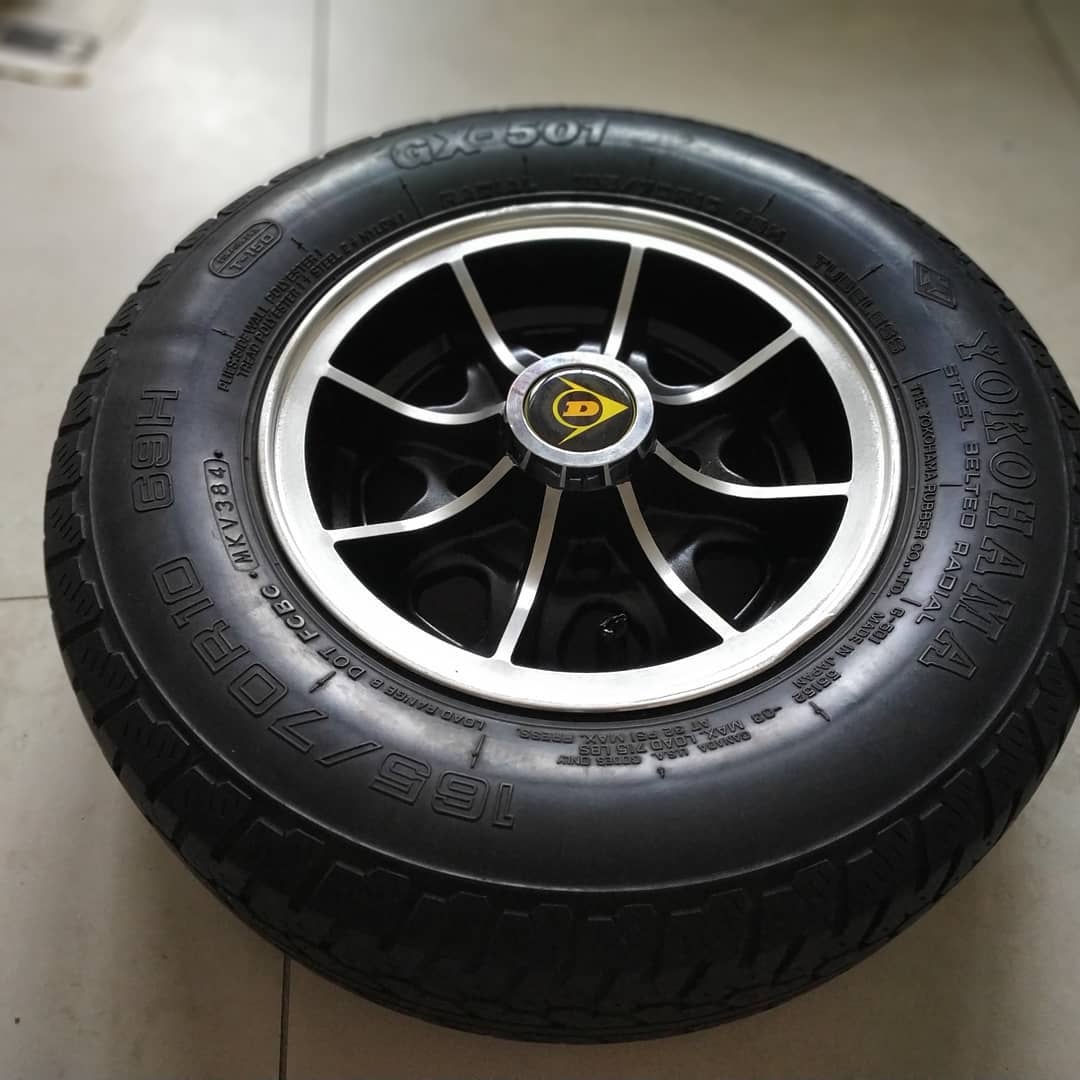 And with the new tyres. 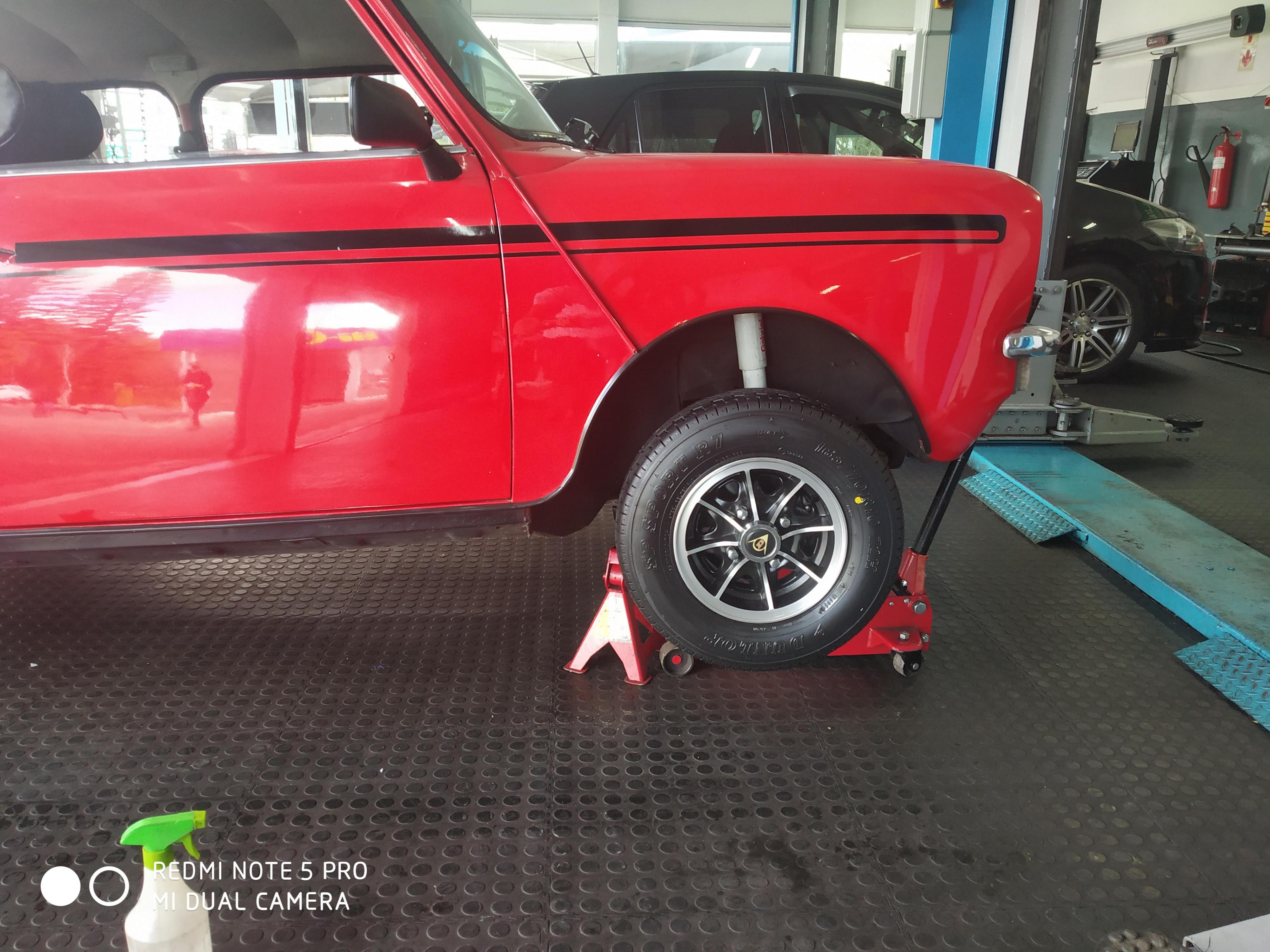 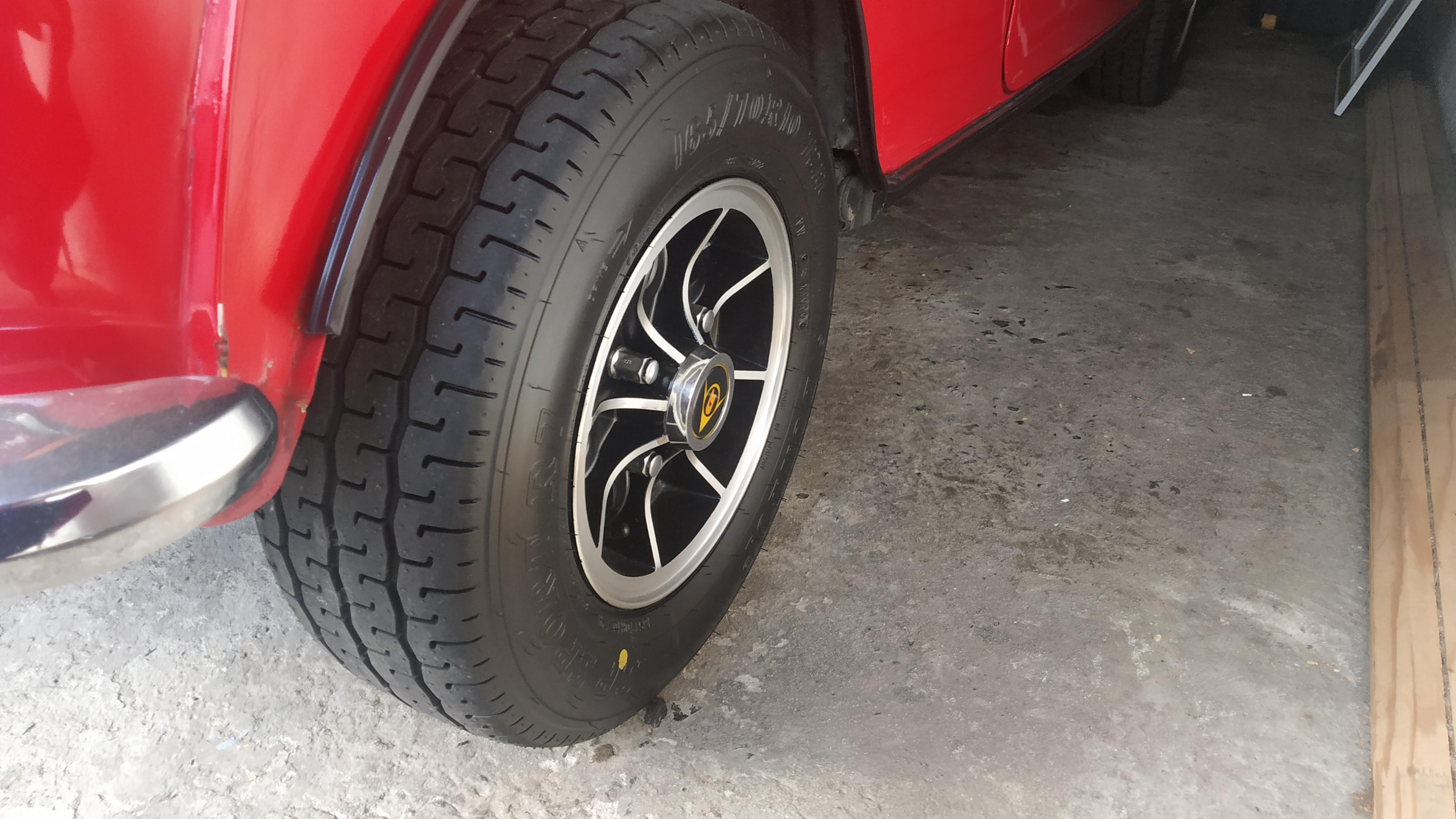 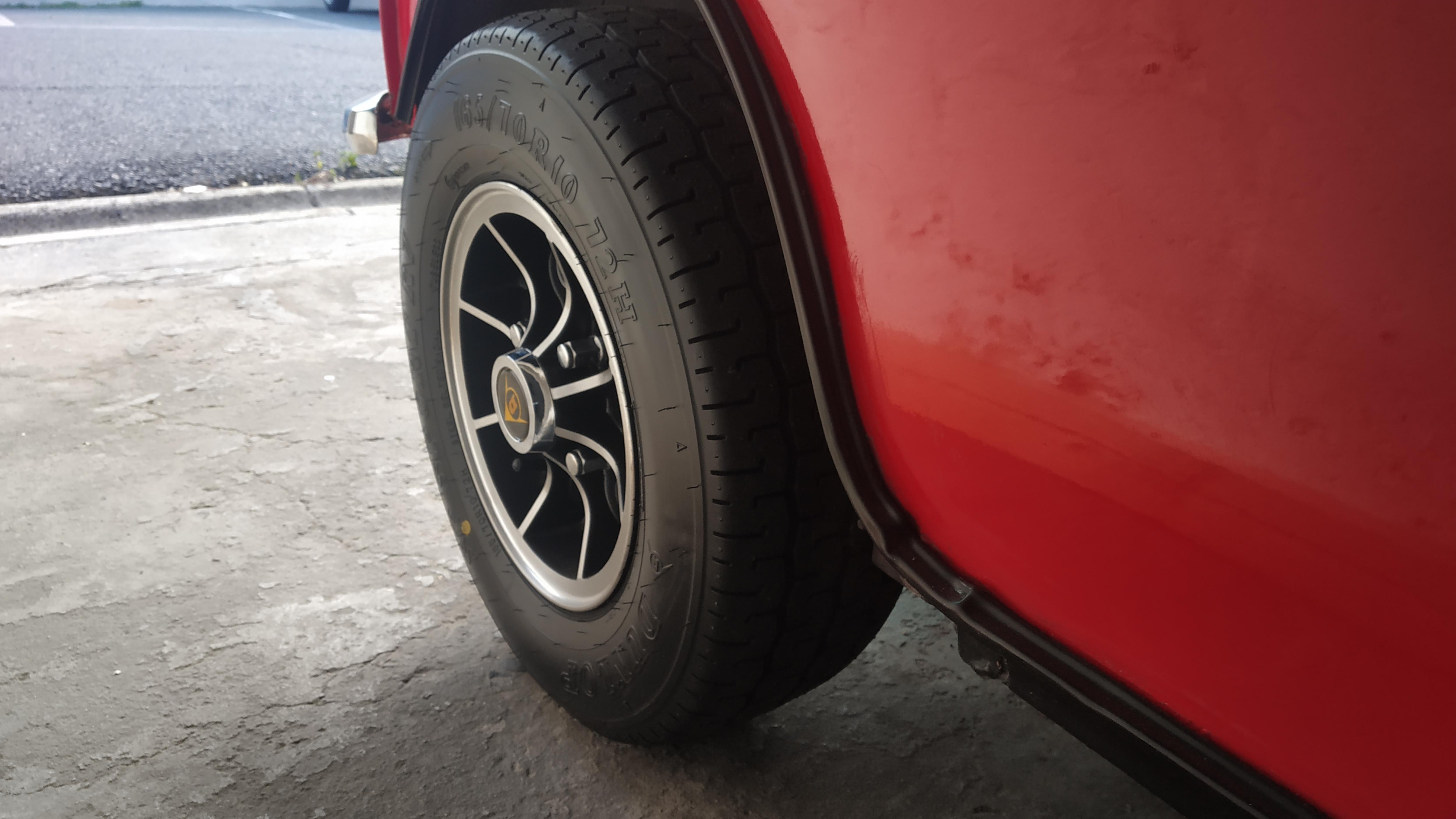 During the lockdown, I also did a quick service. The Mini was running quite badly and I figured it was old fuel or perhaps blocked/unbalanced carbs. Drove it for a bit and couldn't pinpoint the source of the problem. Turned out to be a dead plug. Swapped it out and then rebalanced the carbs and the Mini was running well again.

Swapped out the bushes on one of the lower engine steadies with poly ones and then we bled the clutch this weekend. A couple of pics of my friend's Cooper and Cooper S because they are cool :) 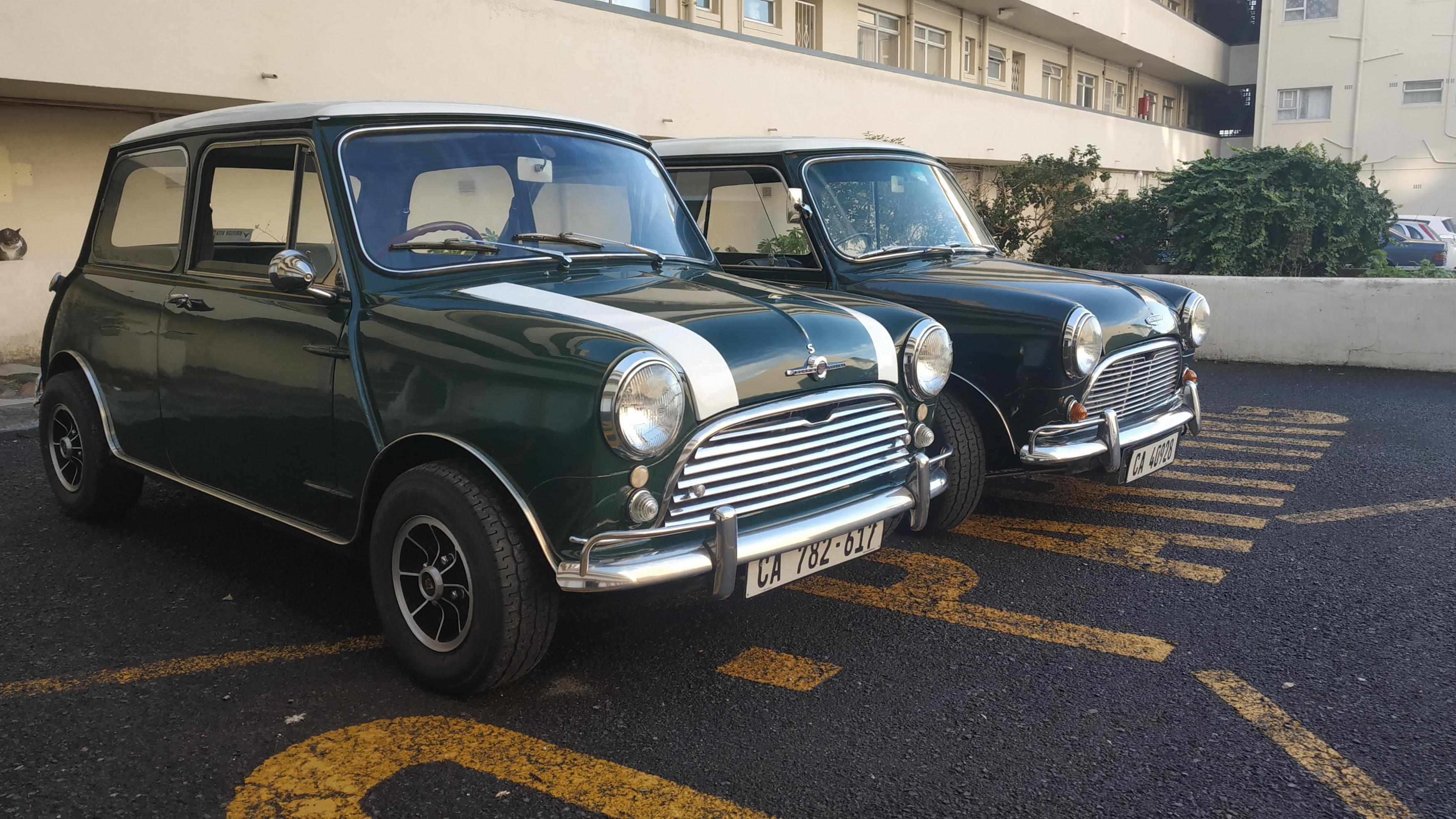 Still to do, need to replace one engine steady bolt and the bush and then need to sort out a damaged bracket on the top steady firewall that needs replacing.

But the Mini is running well again and I am happy :)

Bought a set of Dunlop R7s too, since the old tyres were really old and needed to be retired.

Minor update. I have been keen to try and sort out at least one of the oil leaks from the car (the one at the rod selector seal). I borrowed a set of ramps from a friend and they successfully fitted inside the Mini with the passenger seat removed. 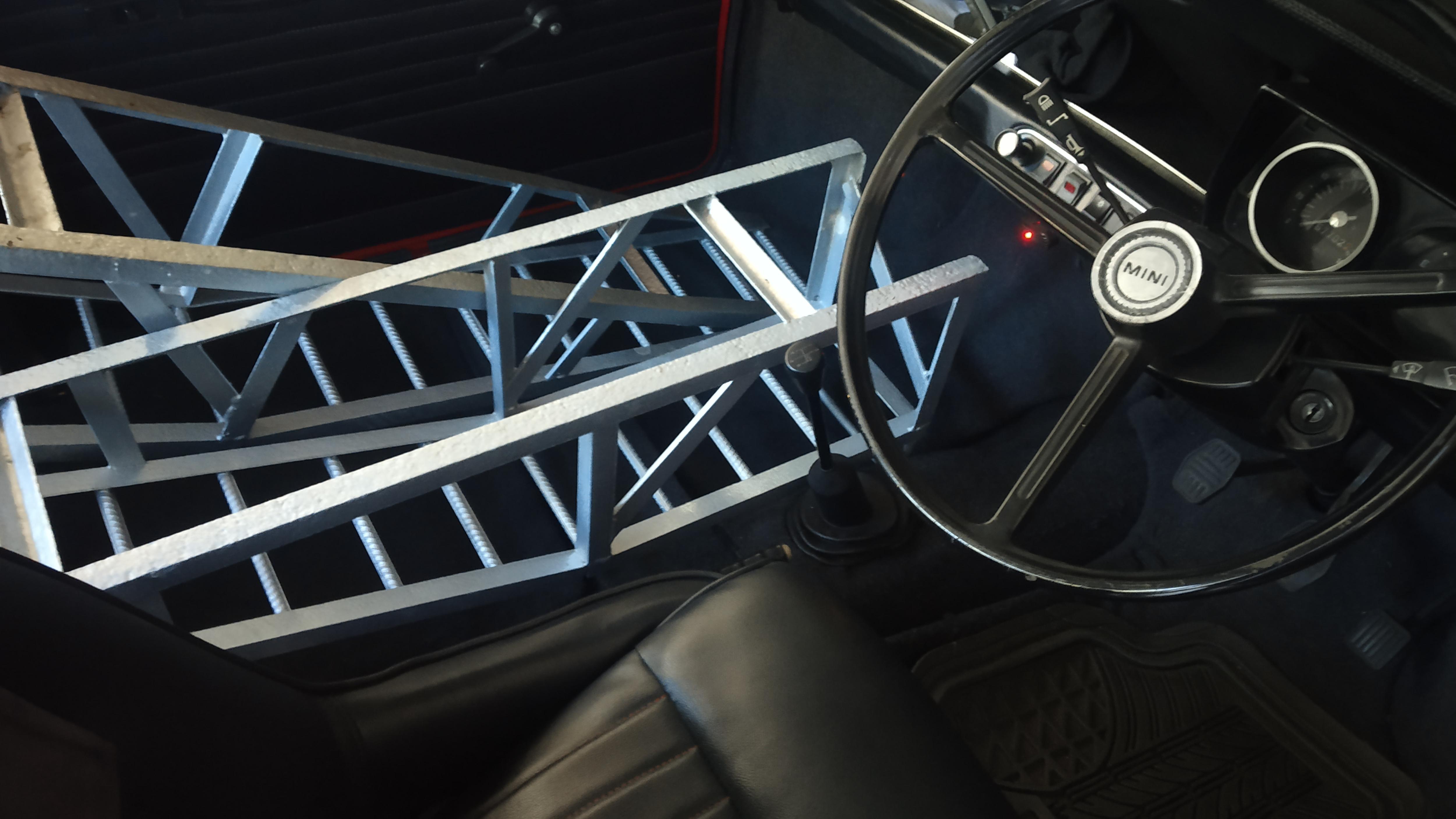 Gave me enough height to get under the car and make a start at removing the roll pins and the collar. 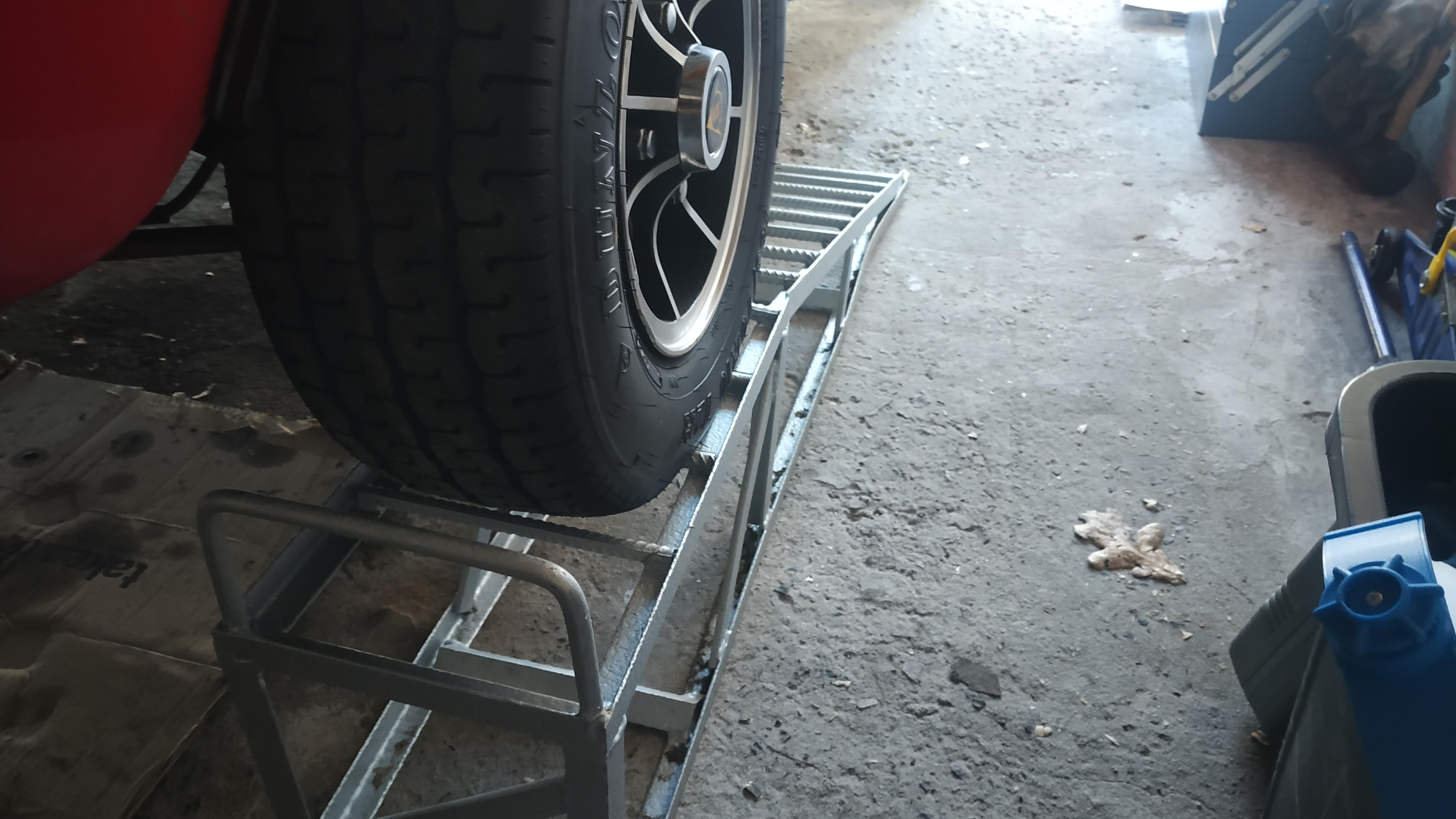 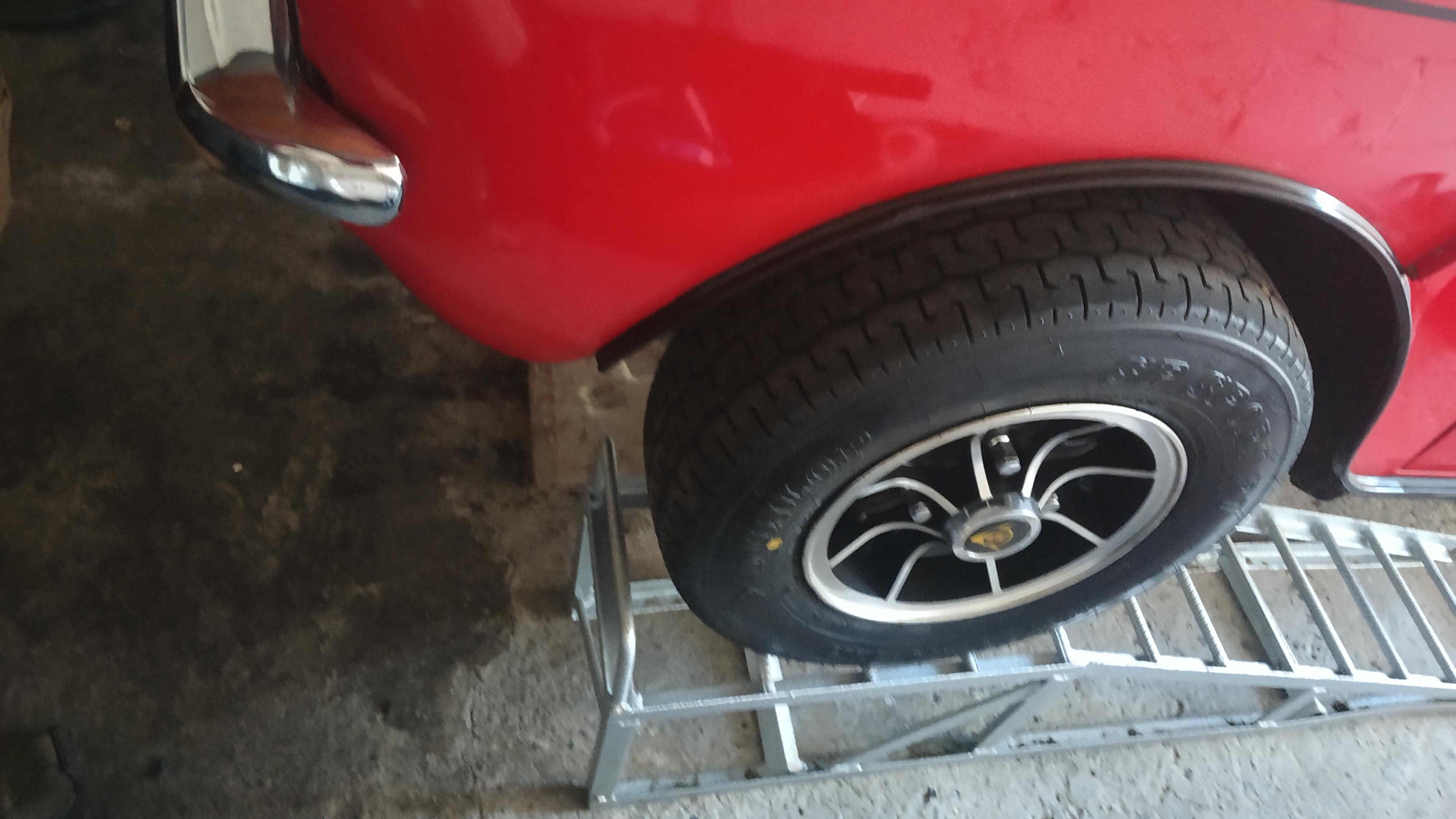 I was an idiot and snapped the new reverse light switch inside the selector housing... :\ will sort this out later.

In the meantime, I really struggled to get the roll pins out. In the end, we decided to cut off the collar with an angle grinder. Extreme, I know, but I had the quick release kit thing from Minispares and got that fitted afterwards.

I had picked up the anti-leak kit from Minispares too. When we pulled out the seal from the gearbox, we noticed that it already had the metal sleeve inside. I'm not sure how to pull that out, so we greased up and fitted the new seal for now. Unfortunately, it looks like there is still a leak from the same place. I also fitted the selector bias barrel. I messed up the position of this on Sunday and thus I was really struggling to find gears on our first Mini meet/run since February. It was a good turnout and the Mini did run smoothly. 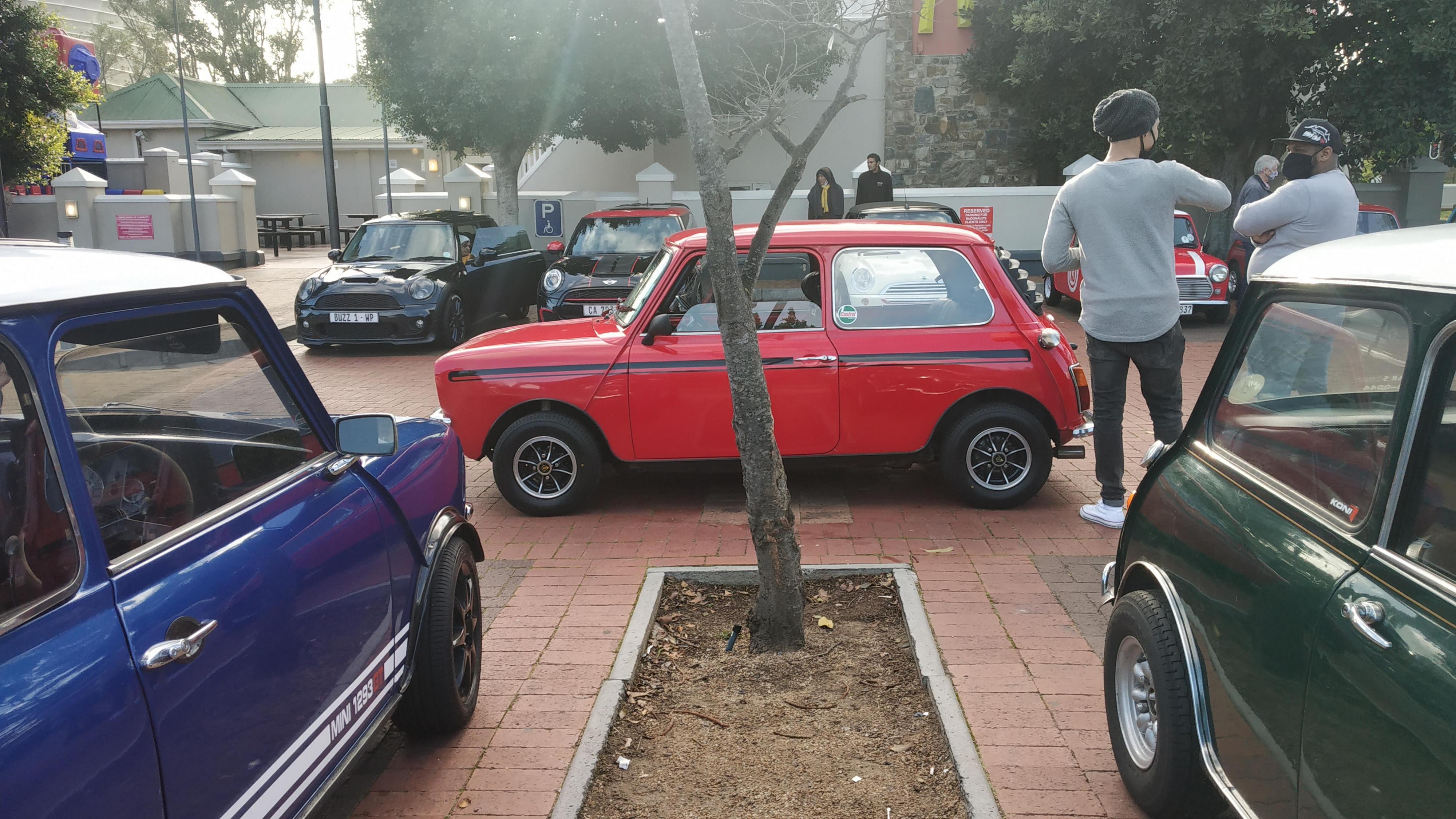 I've adjusted the position of the bias barrel now and the selector does feel a lot tighter.

Drove the Mini a bit this week and the selector does feel good with the bias barrel fitted.

I was trying to work out if the issue with the reverse light was because of the switch, the wiring or the light. Did a bit of debugging and worked out everything was fine, including the old switch. Dropped out the selector this afternoon, removed the snapped reverse light switch and fitted the old unit back. Now the Mini has a working reverse light! 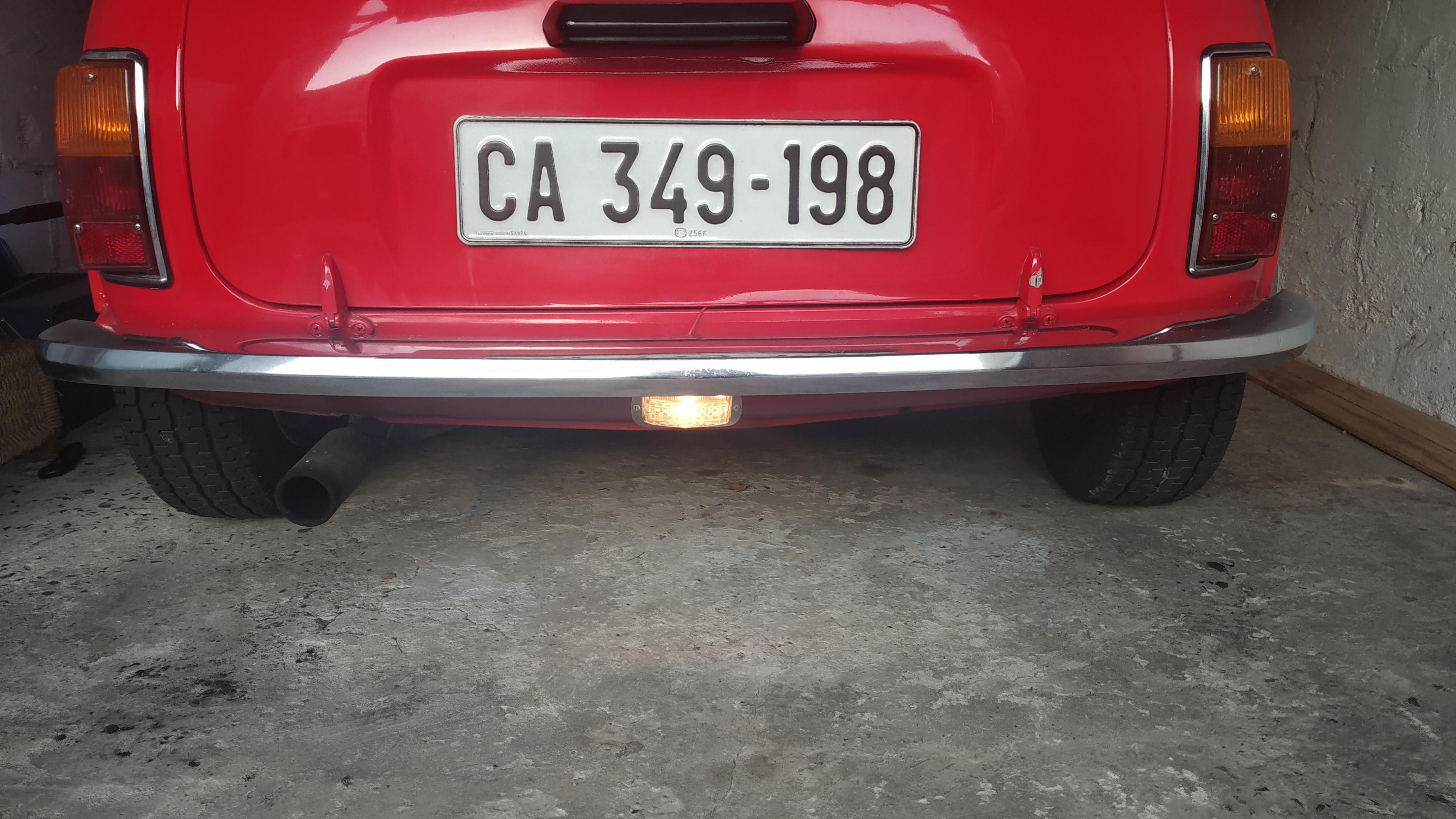 Next up, find the correct diameter breather hose and plumb the pipe for the crankcase breather into the carbs. And then hack off the seat brackets to fit the extender brackets to the passenger seat.

I’ve been interested in seeing what the bias barrel would be like to drive with, I just don’t have a car with rod change though

I’ve been interested in seeing what the bias barrel would be like to drive with, I just don’t have a car with rod change though

Yeah, well chuffed to get it working.

The bias barrel seems to be working quite well and some of the other folks seem to have good reviews of them. I still think the remote selector shift action is a lot tighter and shorter.

I got some old stock carpet fitted today. I'd cleaned it up a while back and glued on some sound deadening underneath it. 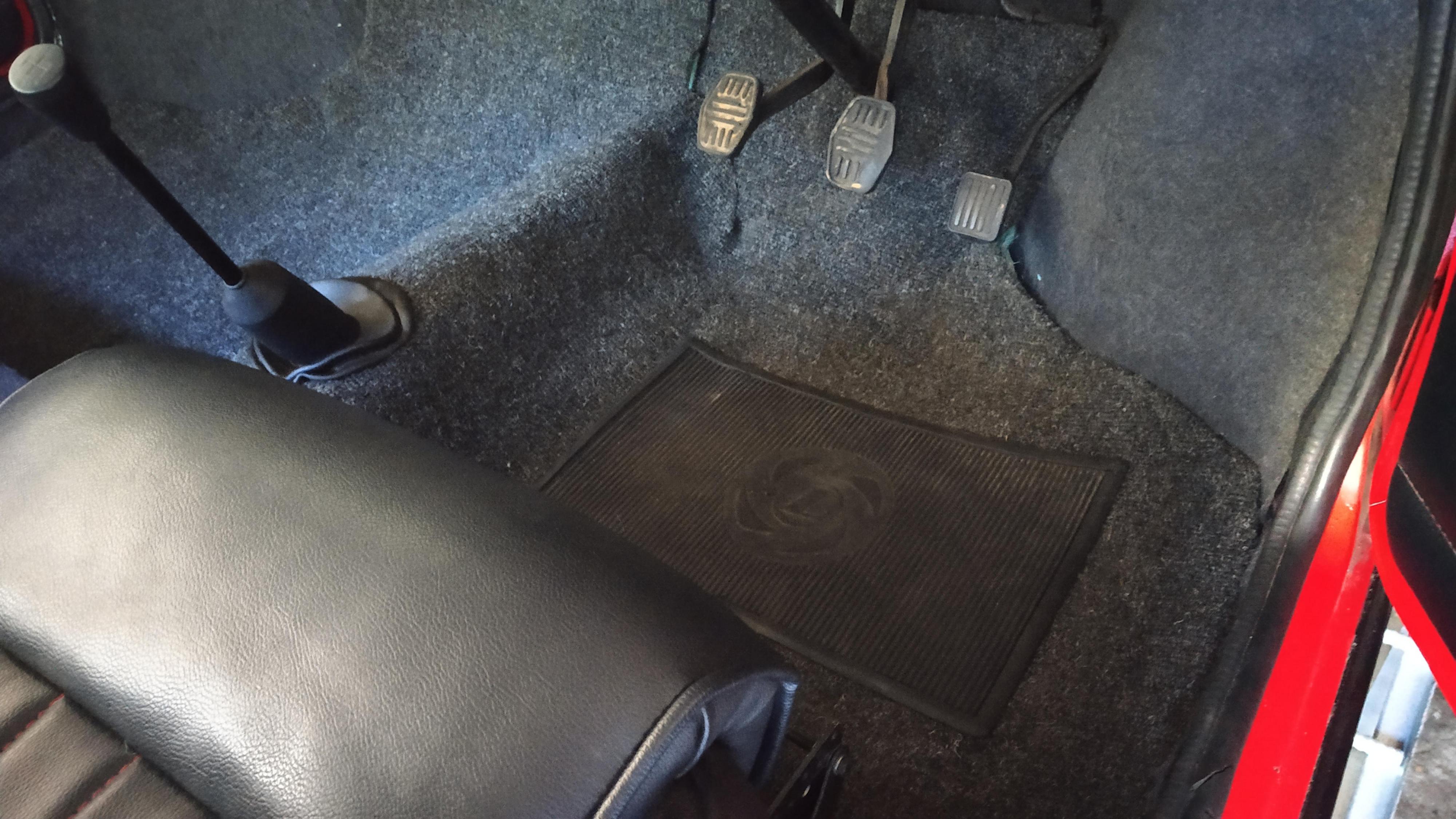 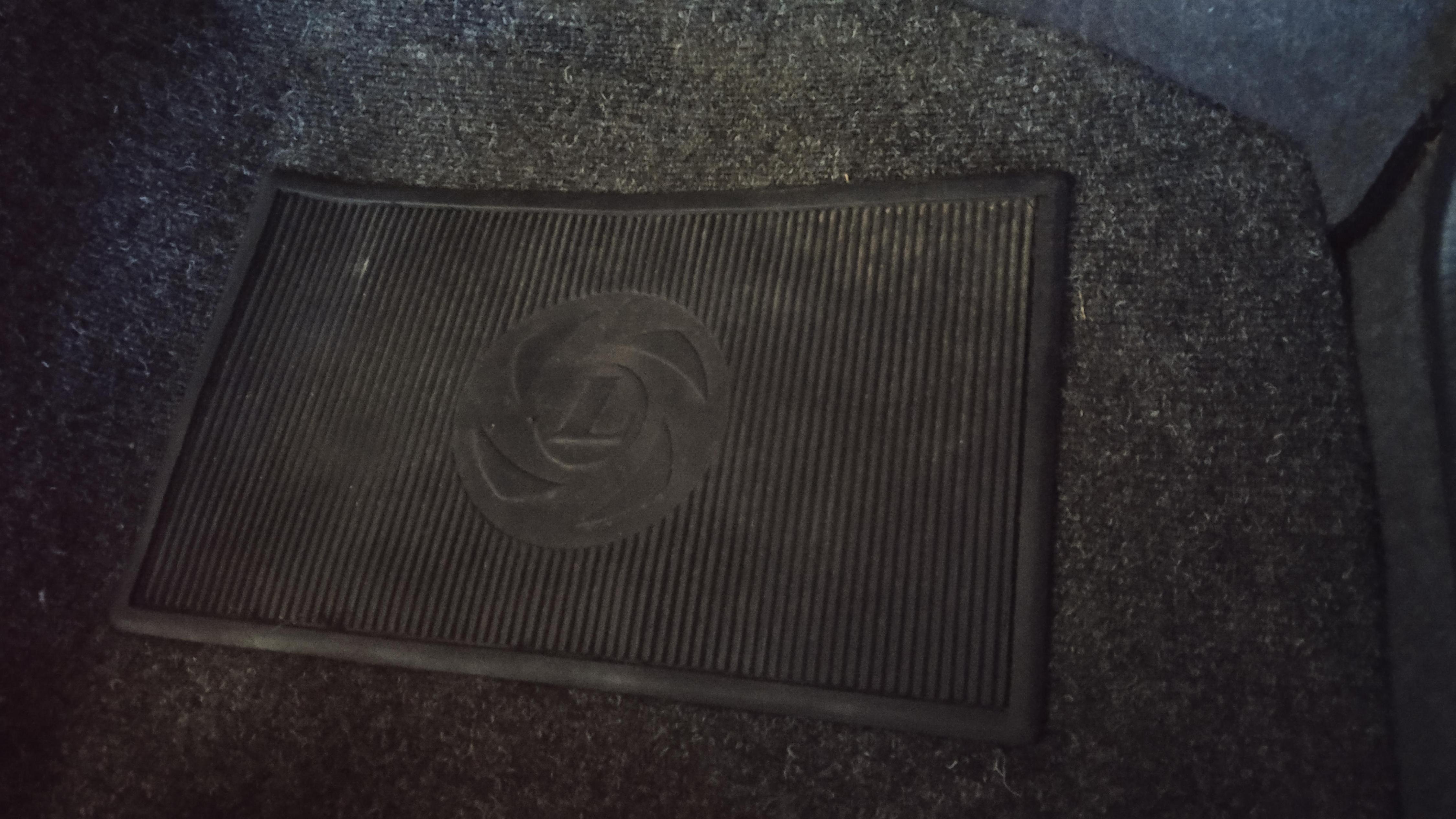 Not much of an update. We had a Mini birthday run, which was well attended. A good set of classic Minis and new MINIs attended. 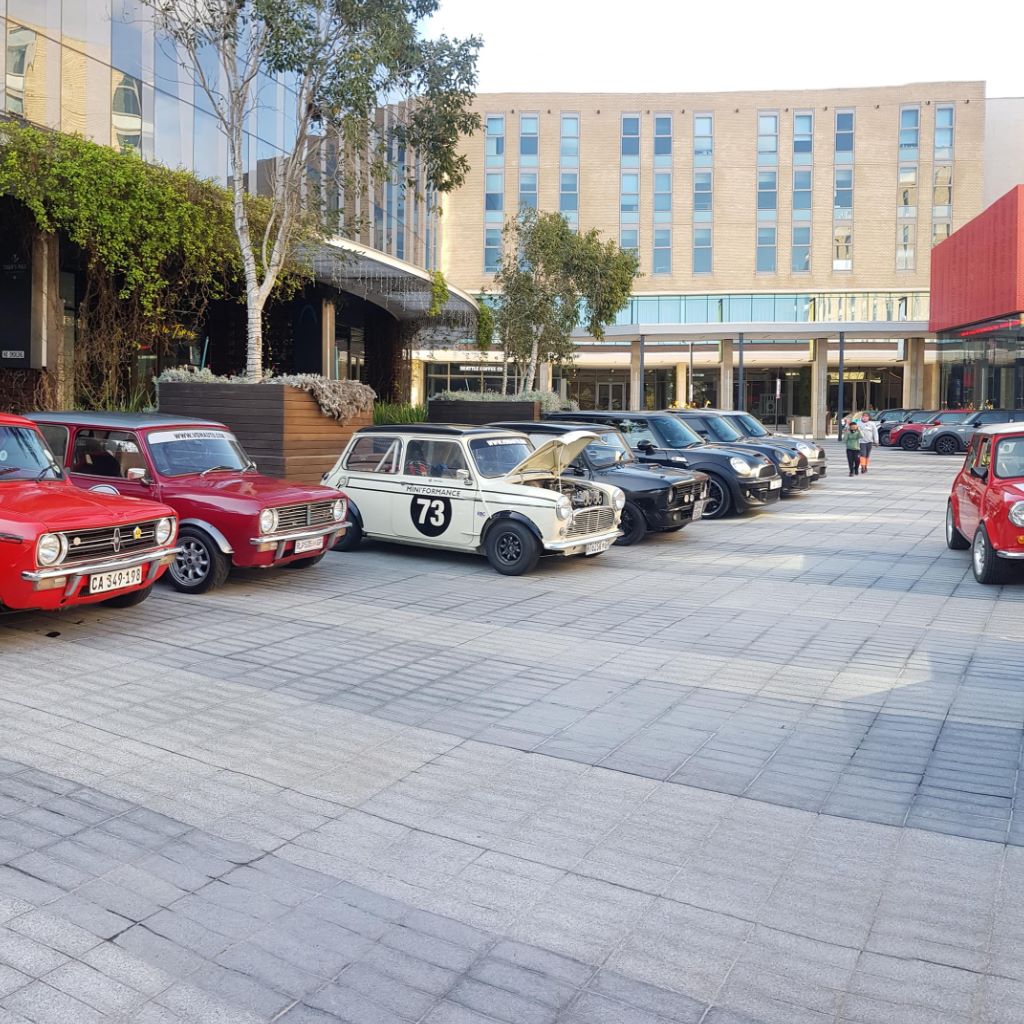 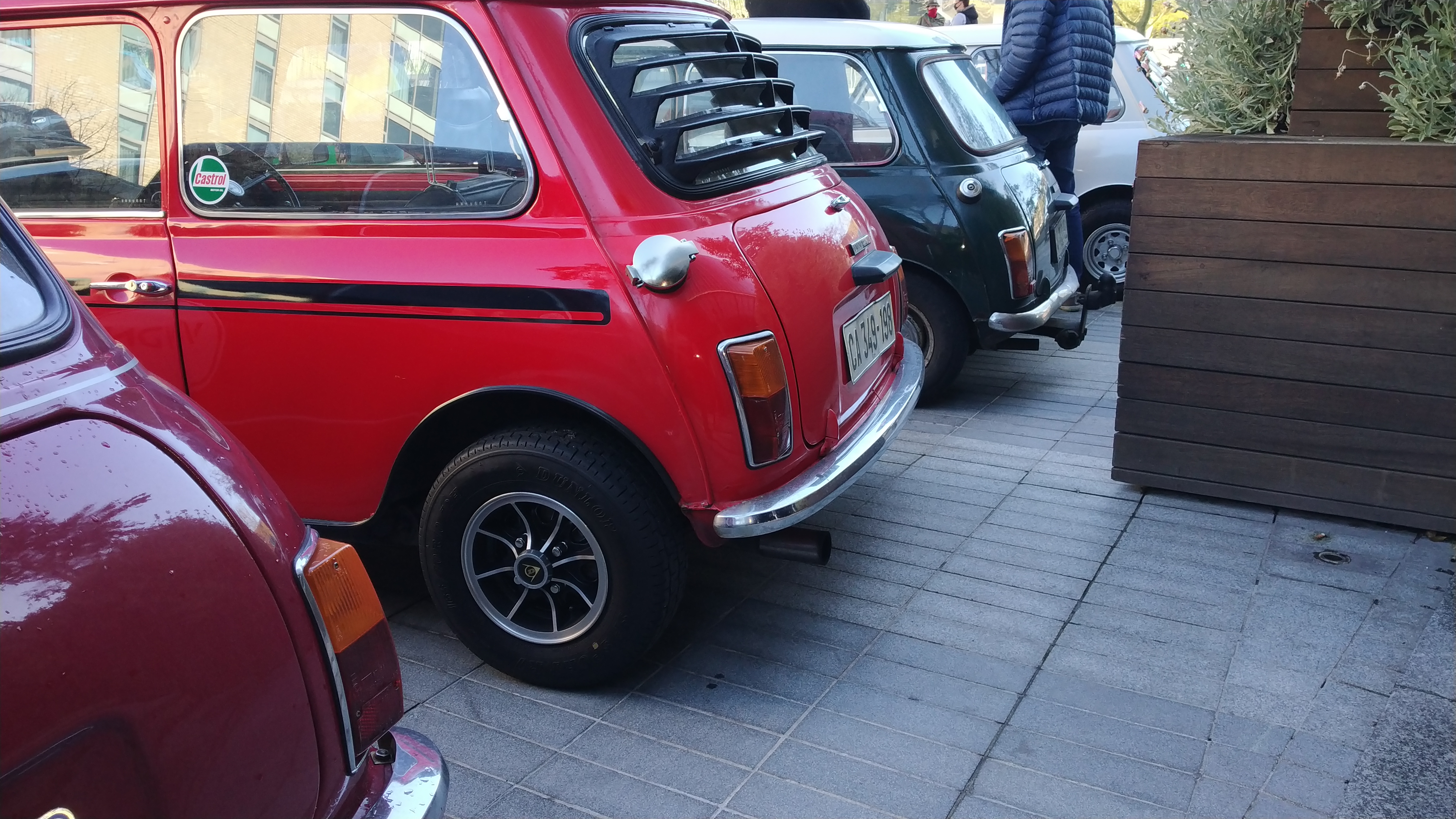 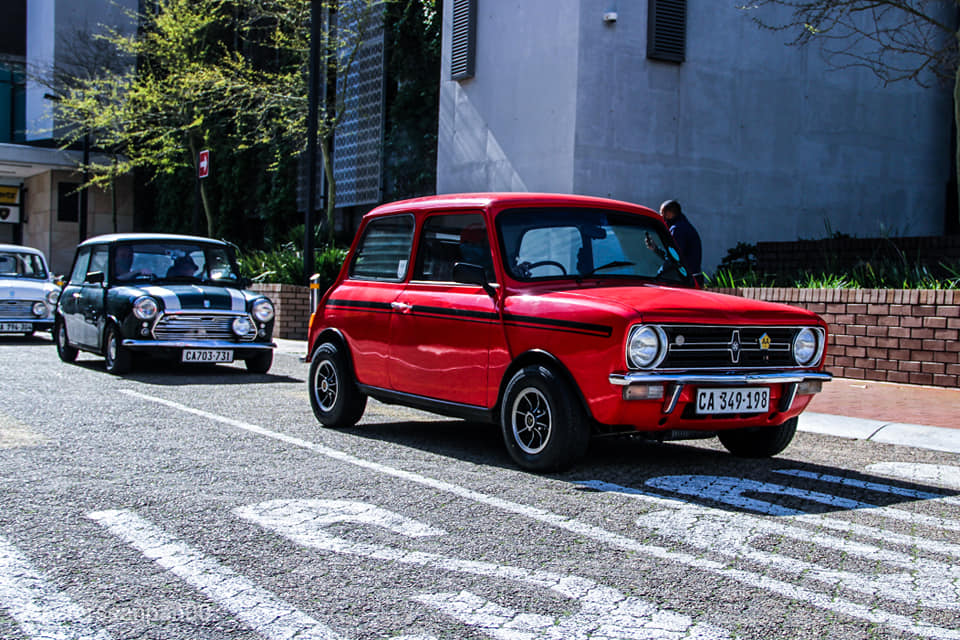 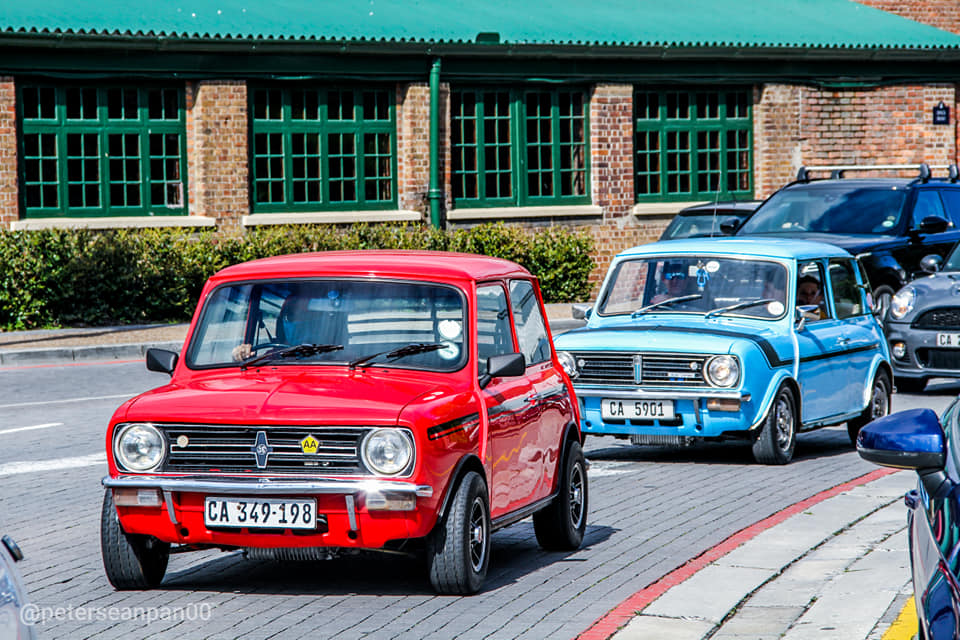 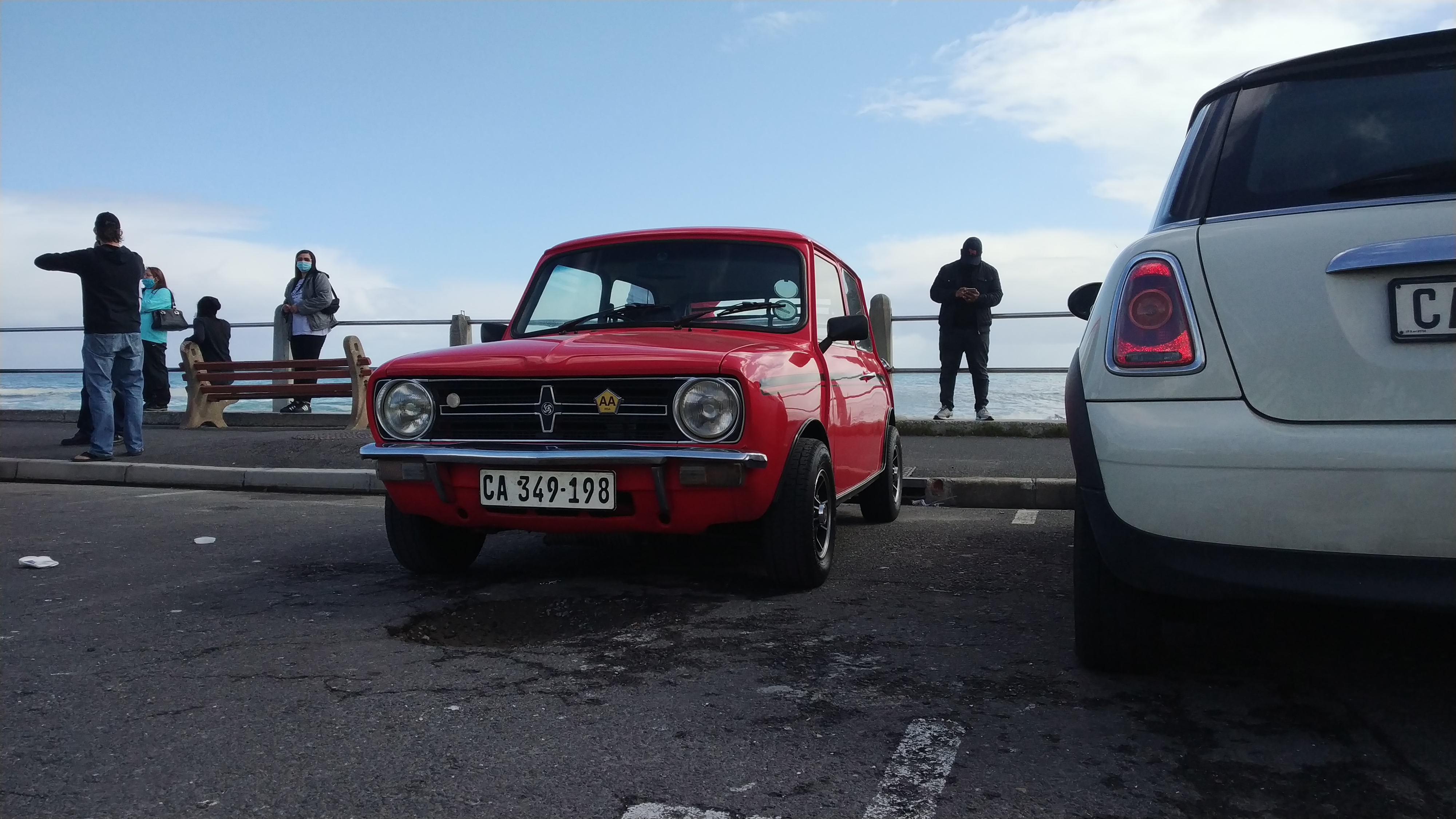 Then this past weekend, there was a classic car meet. Quite frustrated with the number of people not wearing their masks, but the cars were quite lovely. Including a rather rare (locally) Reliant Scimitar and this Morris Minor with some interesting designs painted on it. 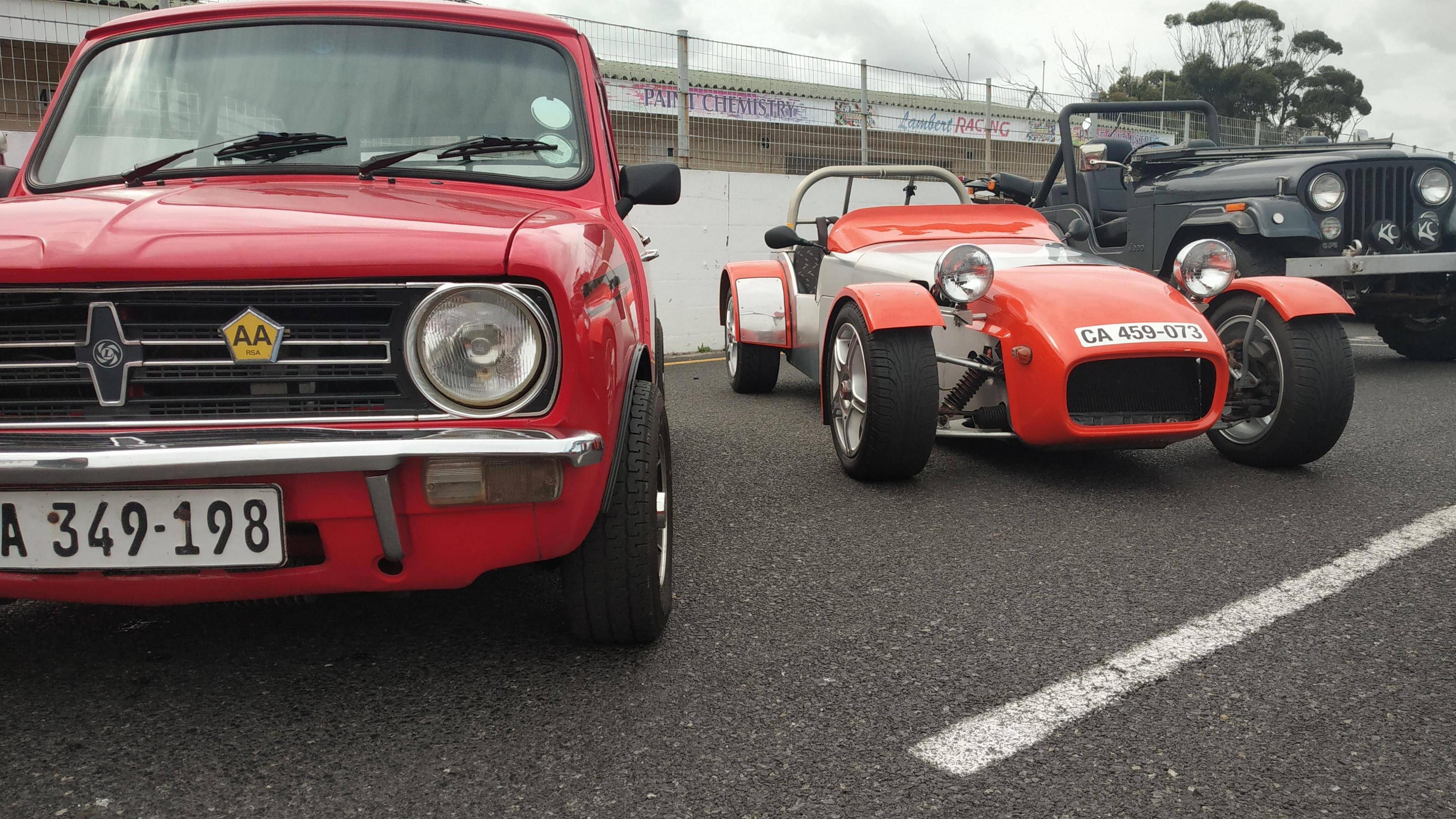 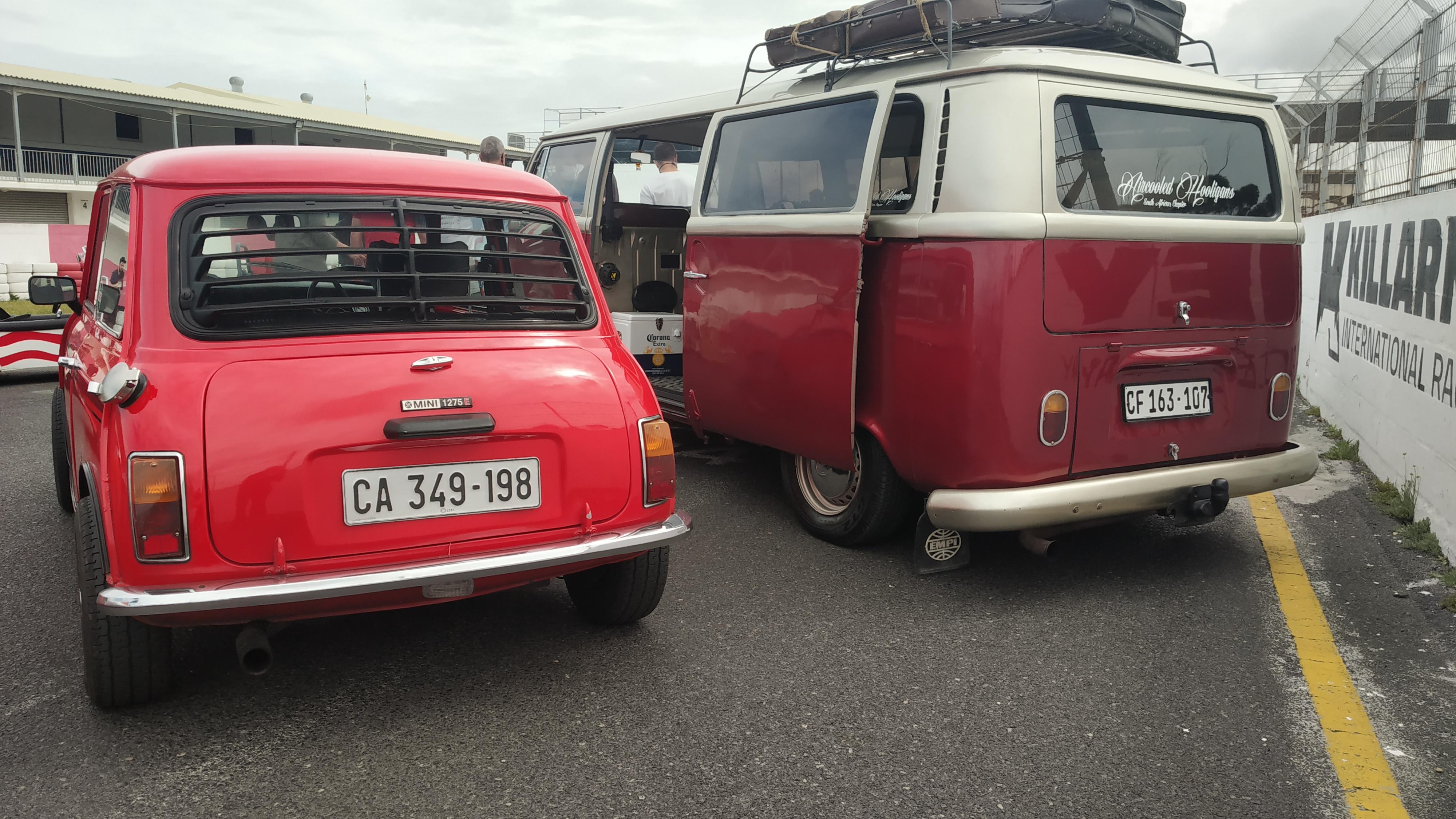 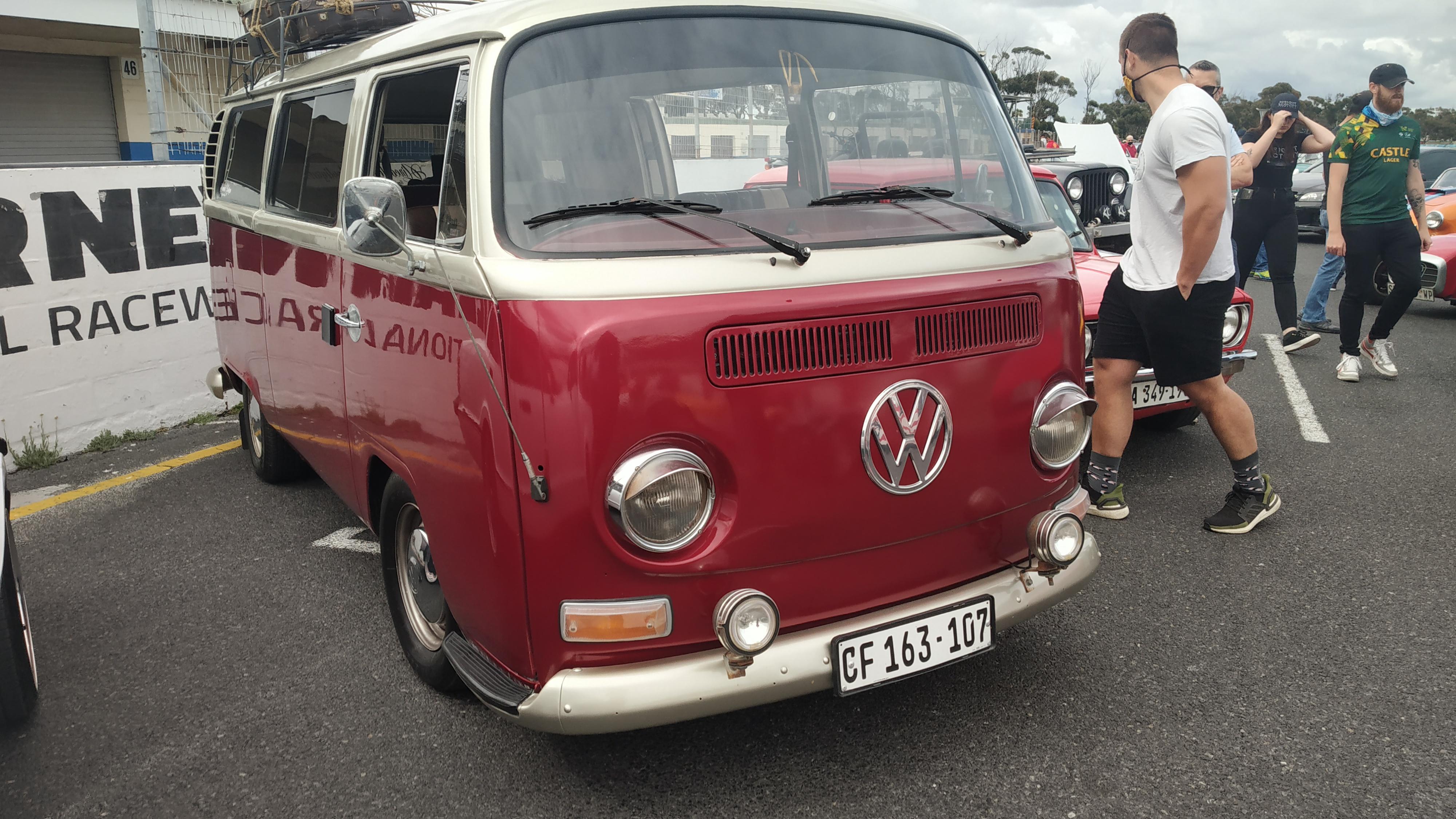 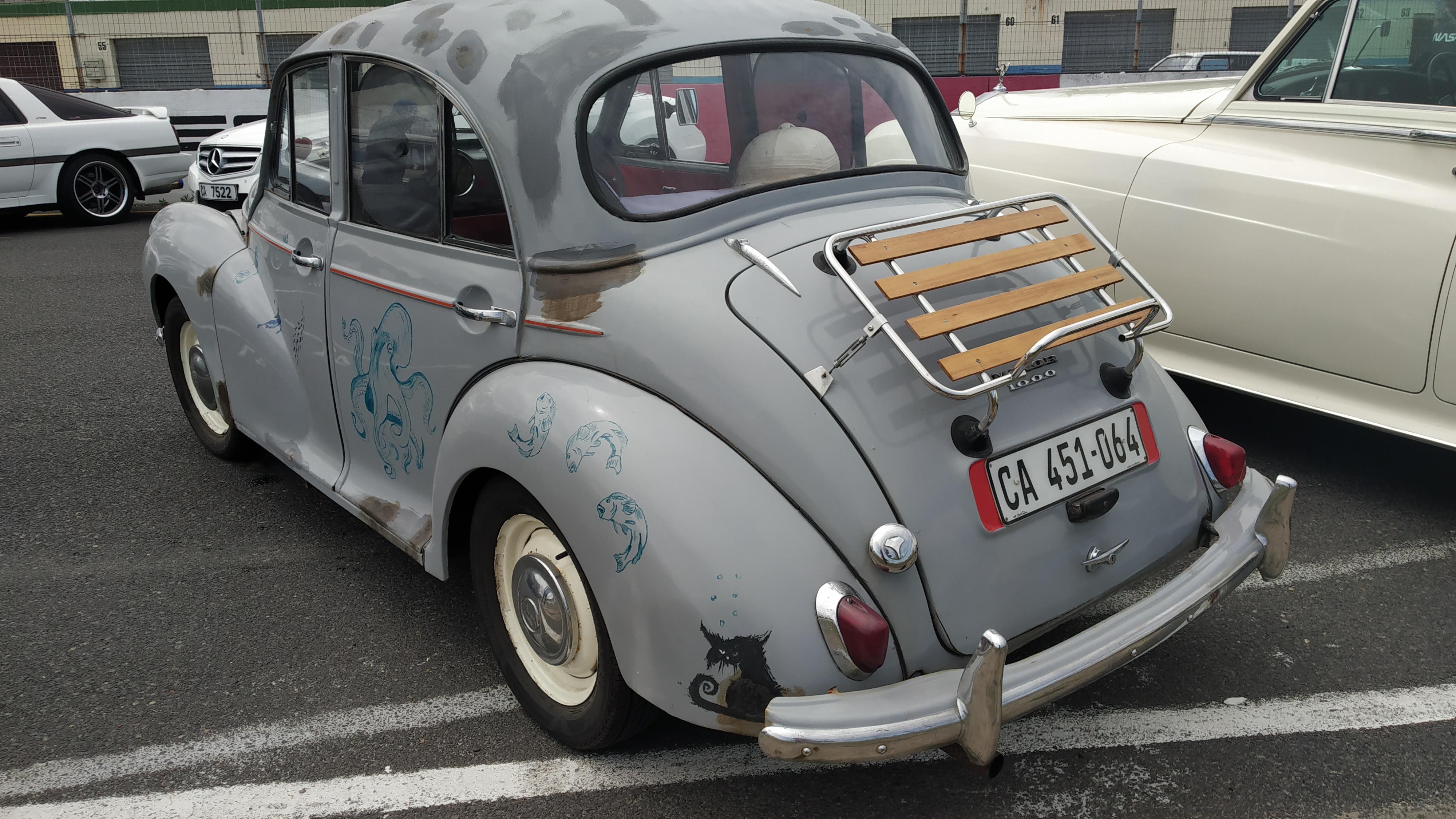 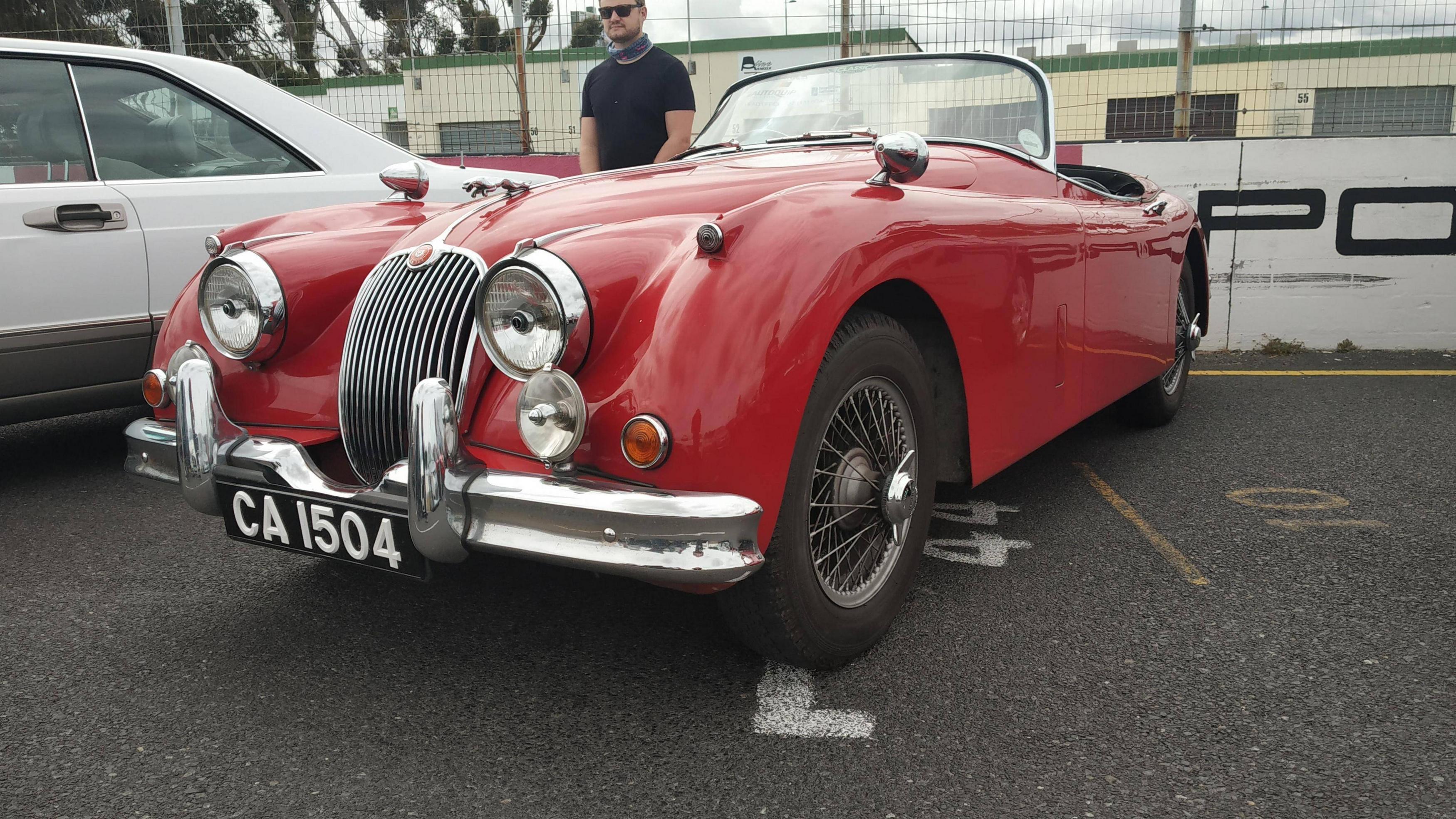 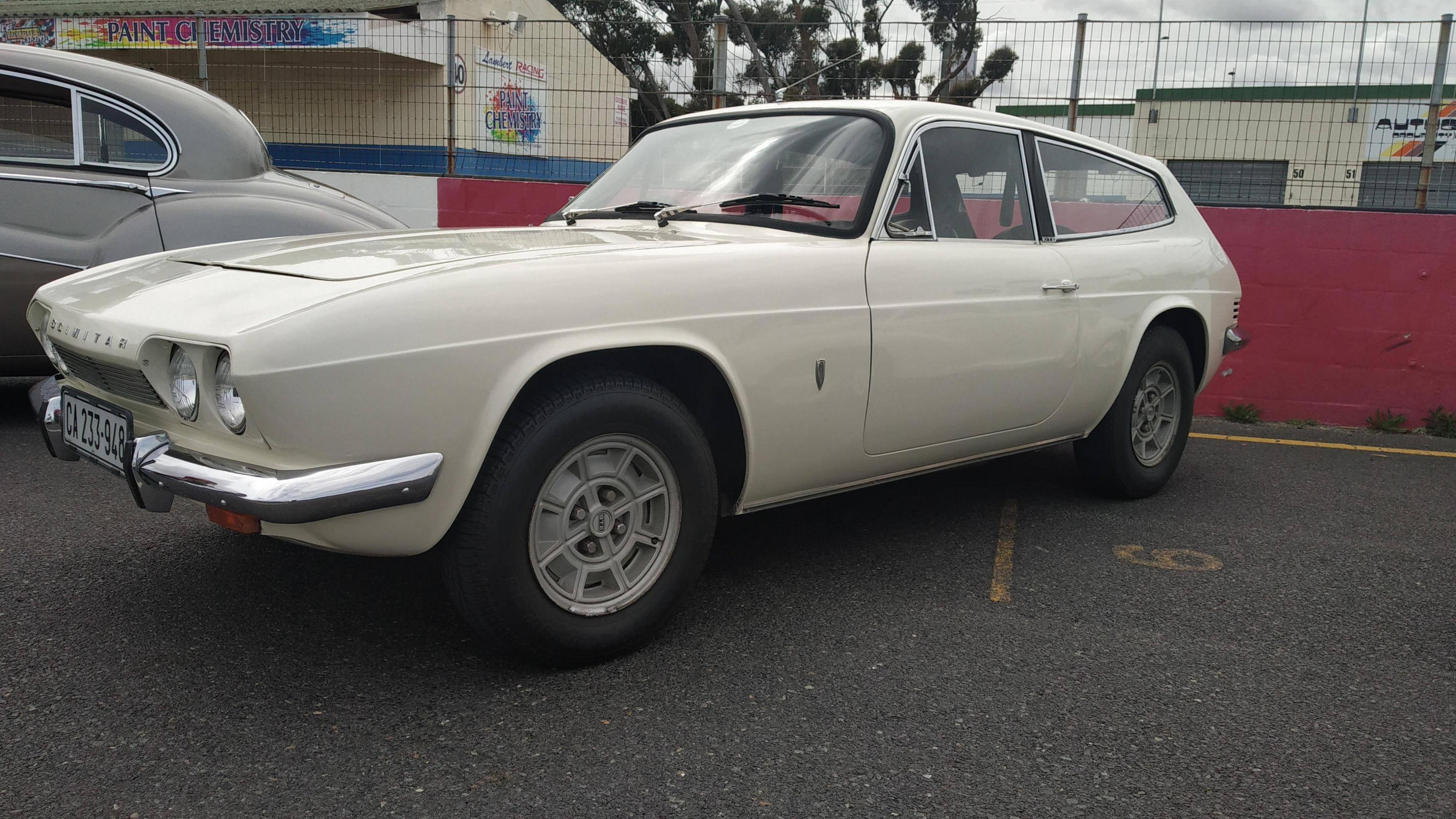 I glued back the indicator stalk cover with some plastiweld stuff. It seems to be holding fairly well. Would prefer to replace it, but I don't know if one can get just a new cover for it.

Not much of an update on work that I have done.

Next up, book the car in to the same Mini specialist and get all the jobs done by a pro.