90 replies to this topic

Sounds good - where do you go for trackdays?

Mostly Thruxton with some Castle Combe and Abingdon. All depends what's going on at work etc. I went to Spa in my R56 last year and loved that... but would like to take this car to the nordschleife if I can persuade the Mrs she want a road tip LOL. My only concern is with the choice of FD as I suspect at the ring I will be spending a lot of time on the rev limiter

The making of a beauty

Another month, another update. The shell left rust repair and headed out for the safety cage. Today I went in for fitting and took a few progress pic to share: 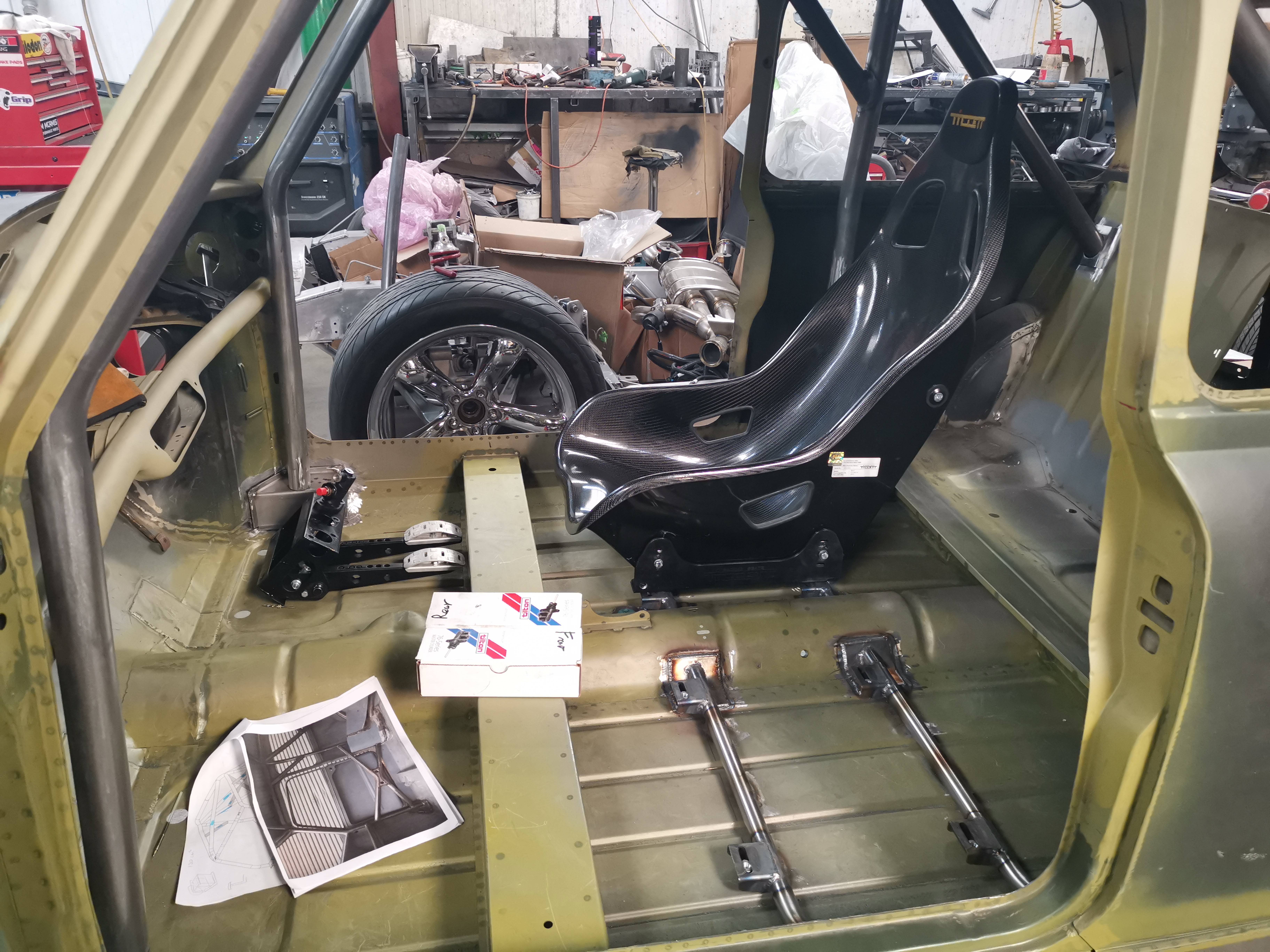 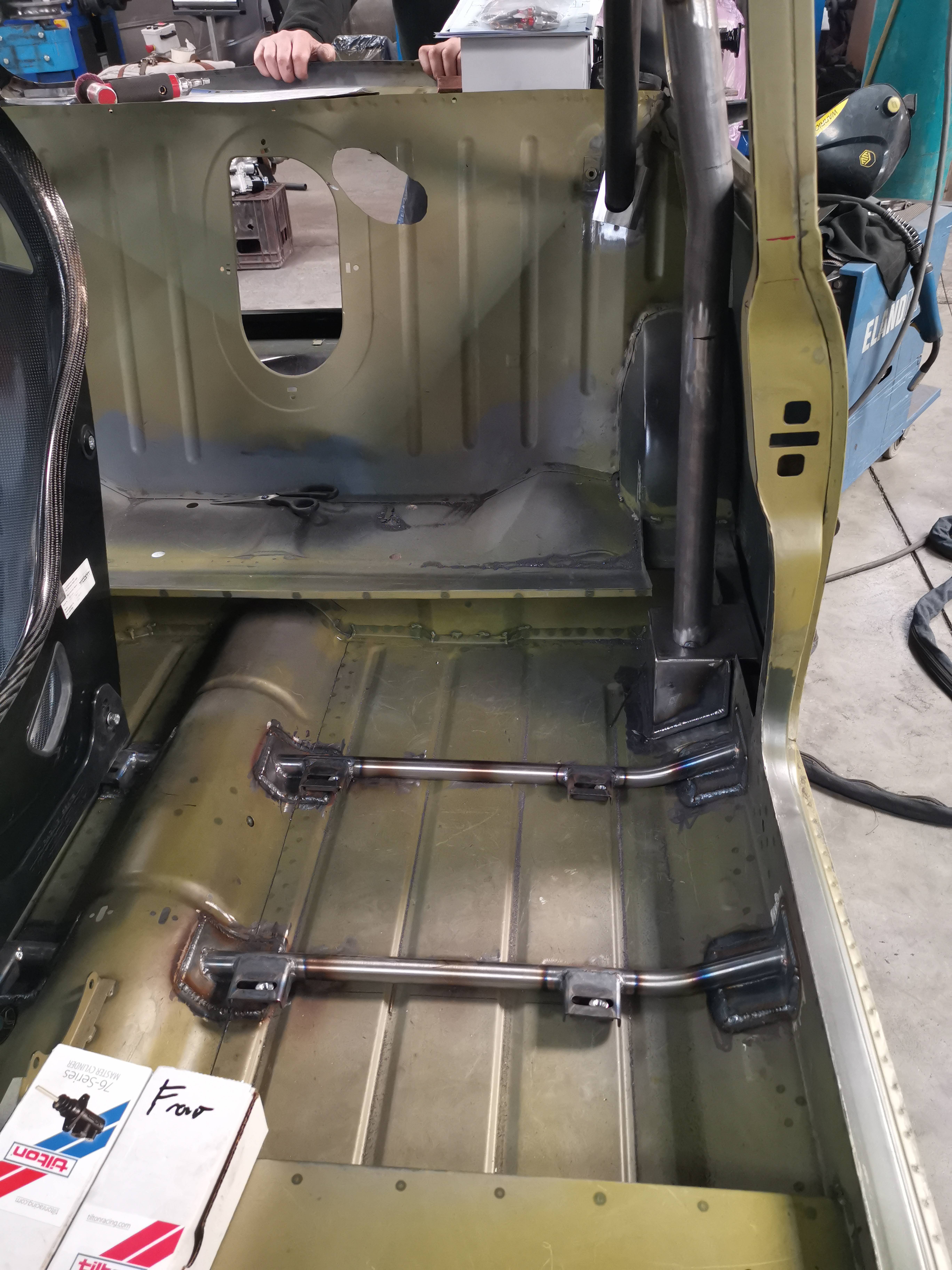 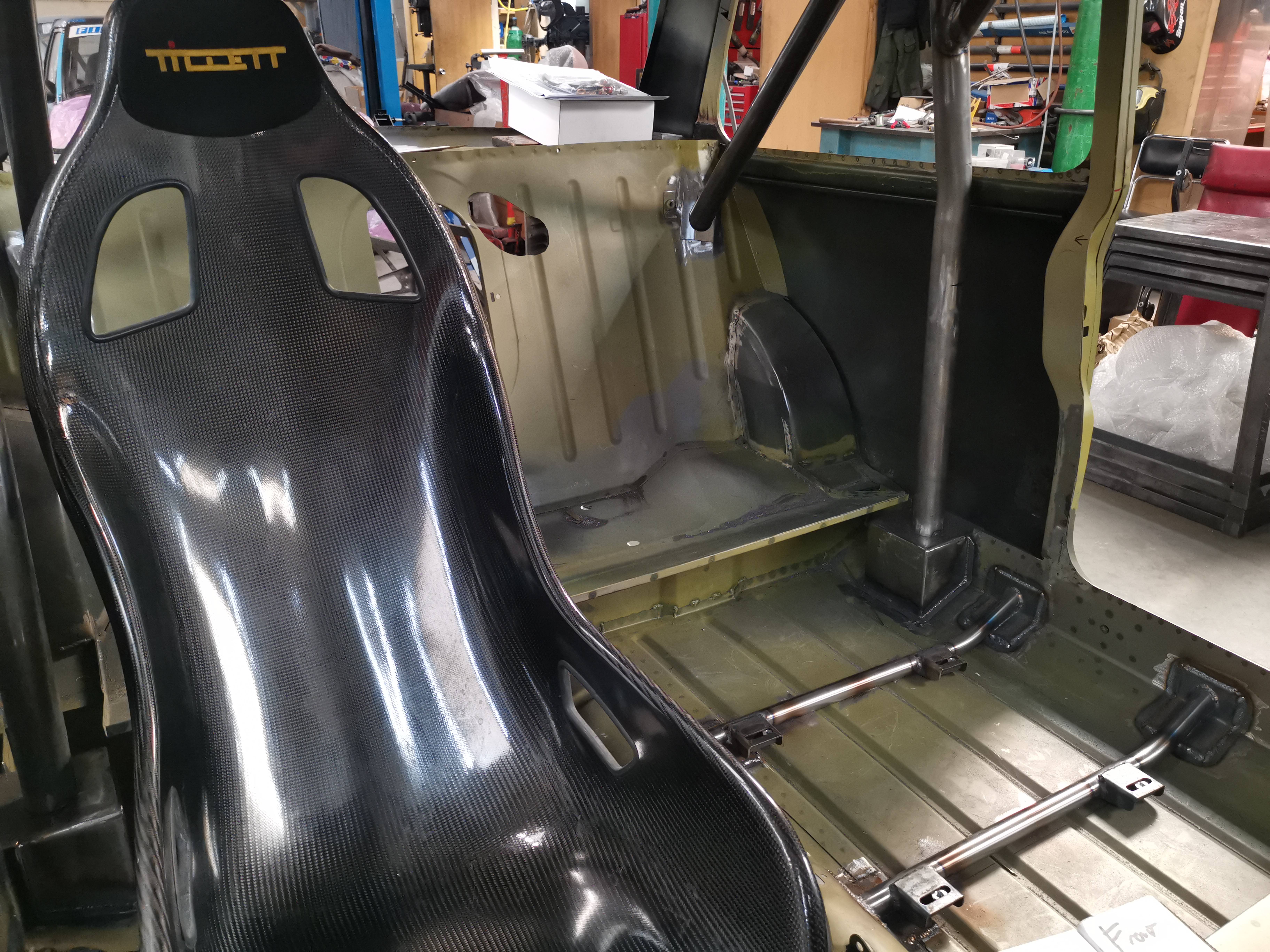 reminds me we'll need to remove the sound deadening from the roof before paint: 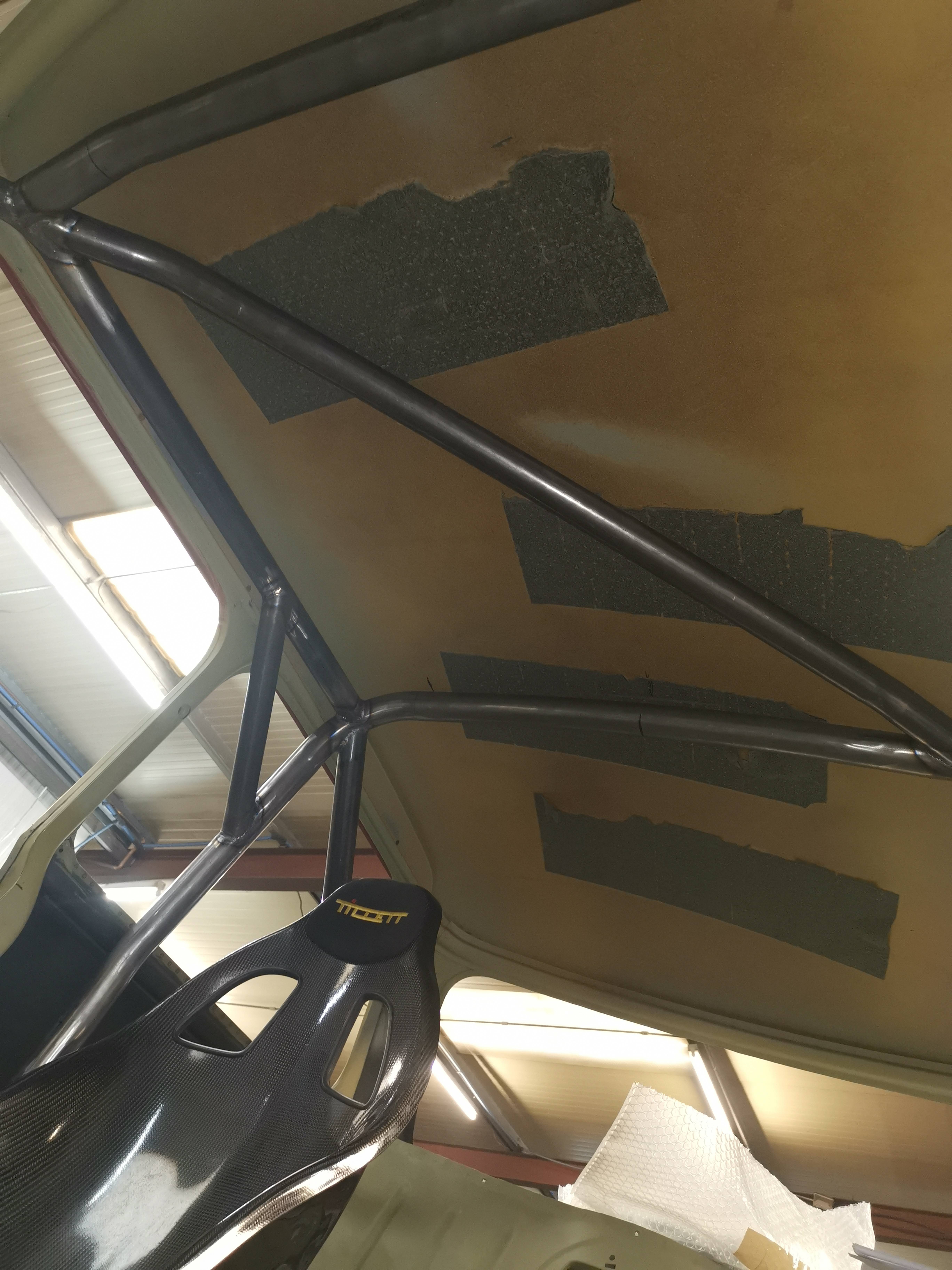 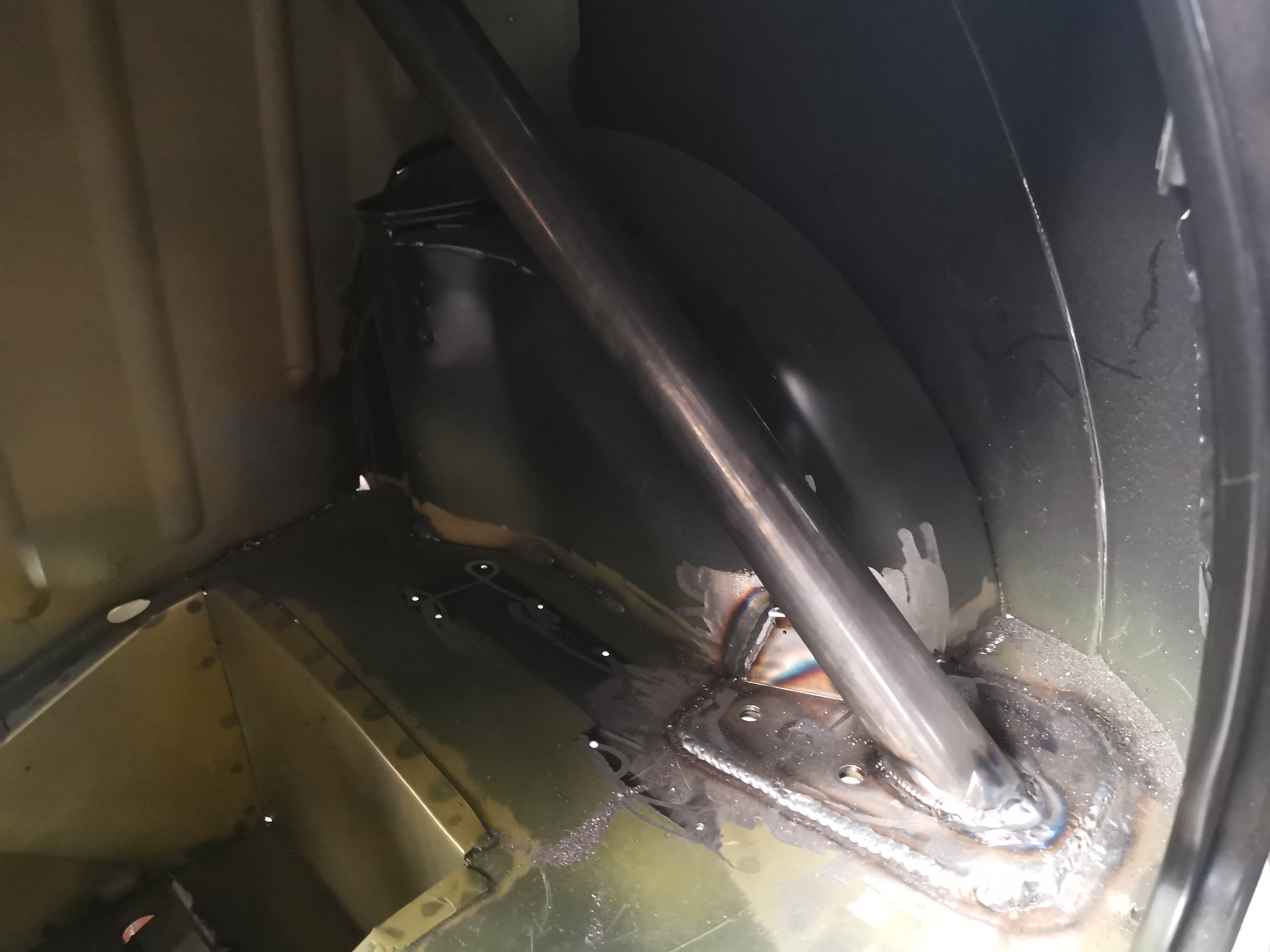 Finally!!! Today I collected the shell from having the cage fitted; next step dry build & paint. 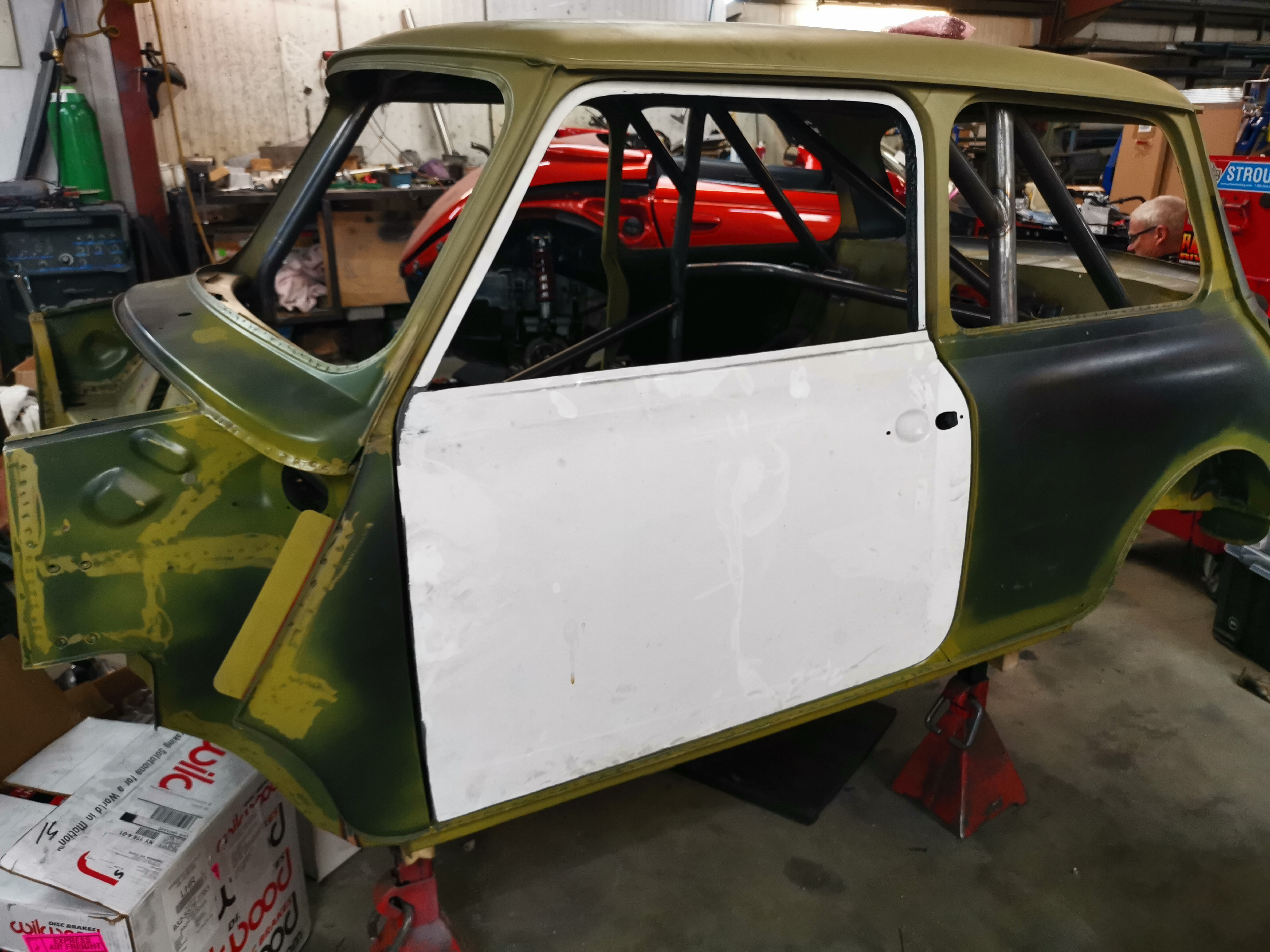 I decided to keep the rear bins and seat base 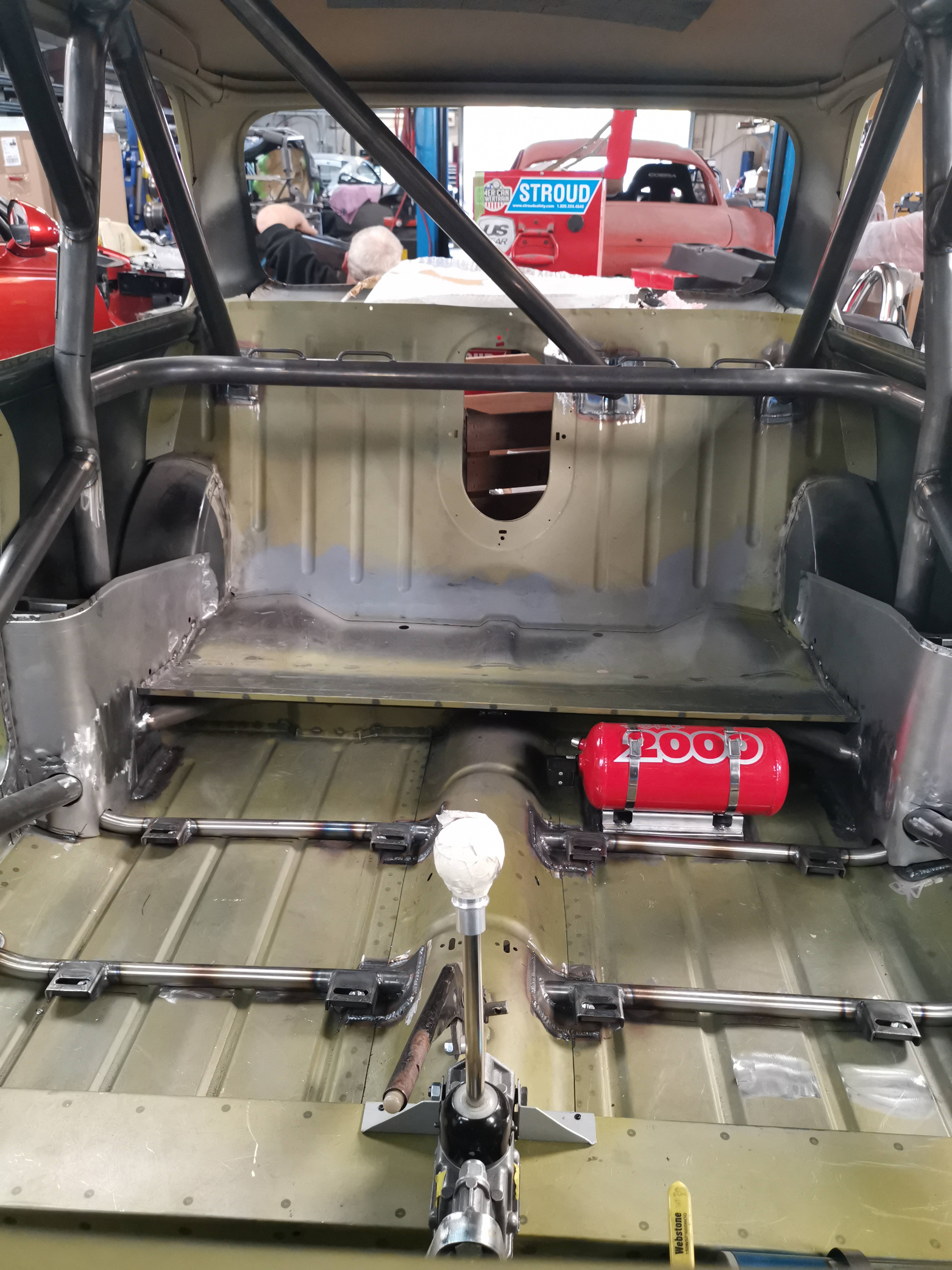 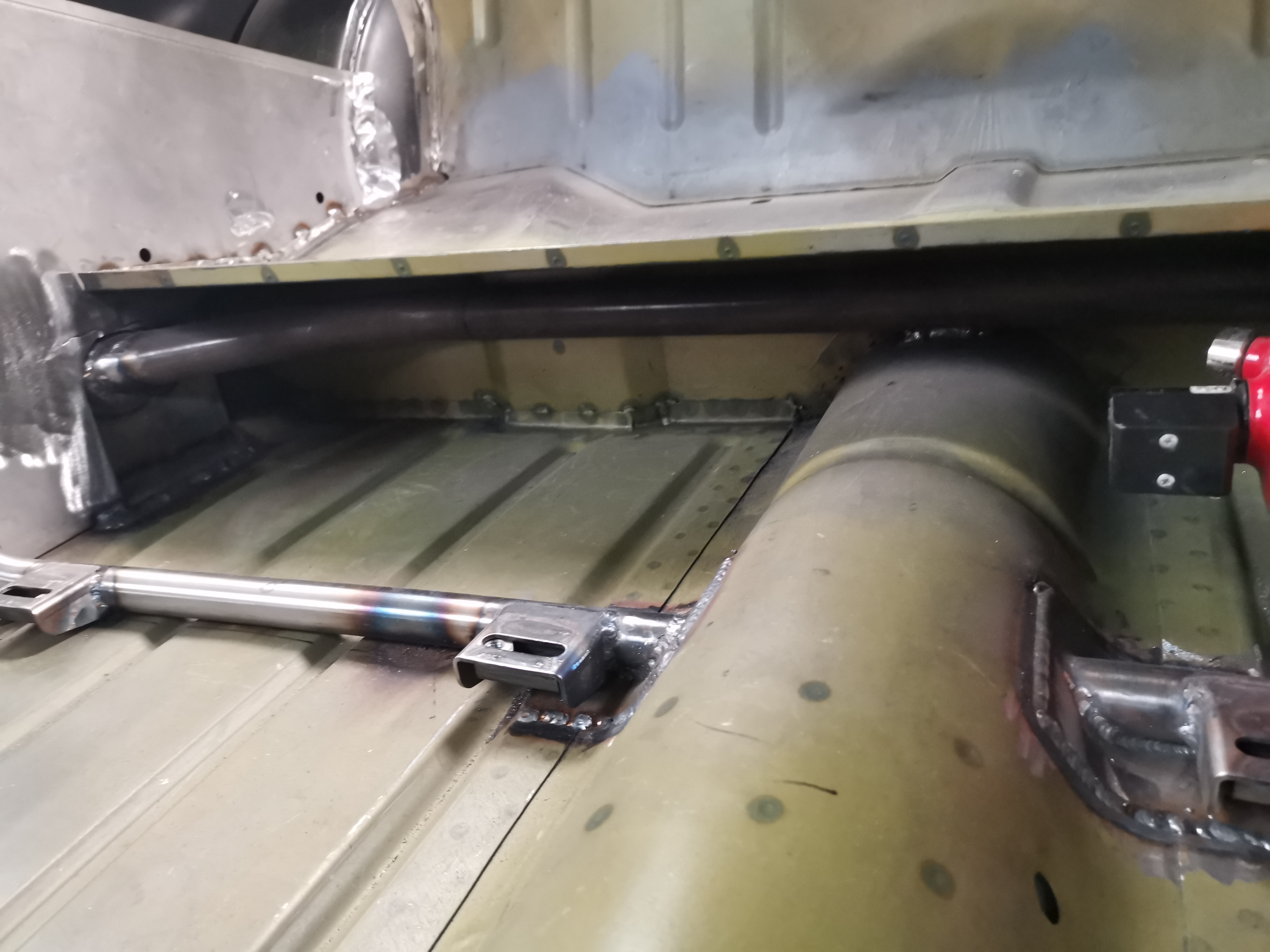 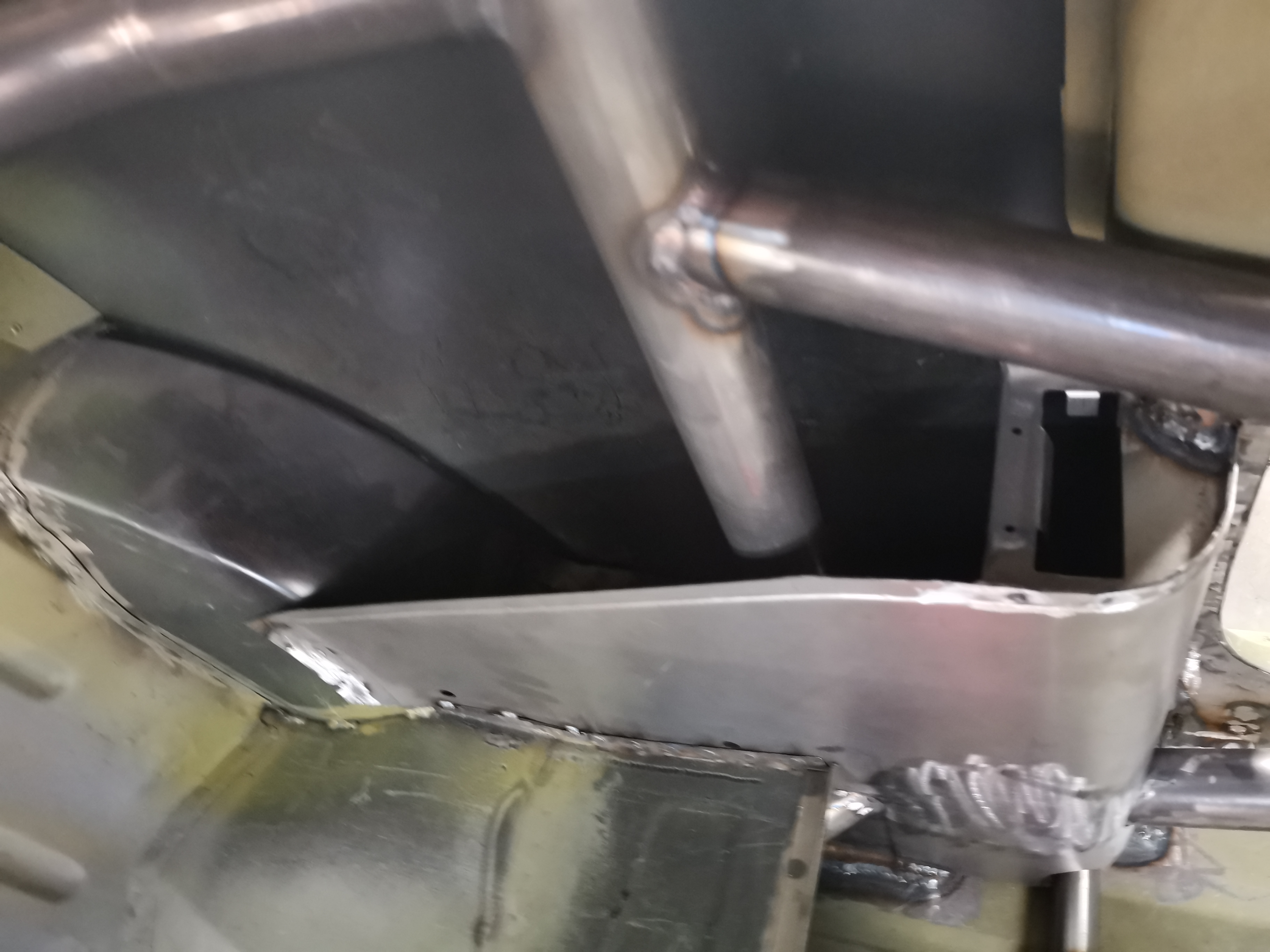 Given the round tunnel and choice of rod gearbox I've elected to go with an internal gear linkage & make up our own bracket for the KAD linkage kit. 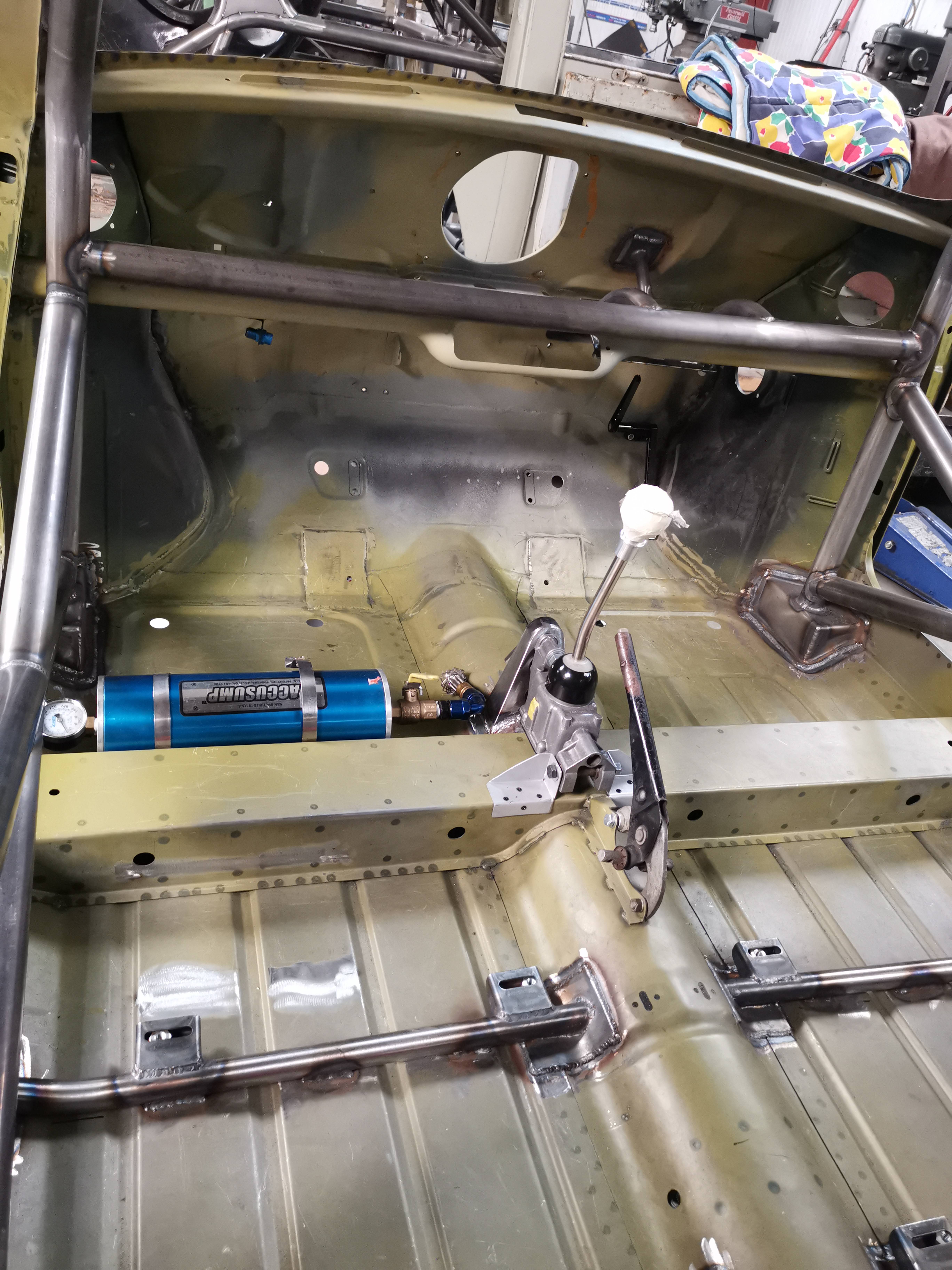 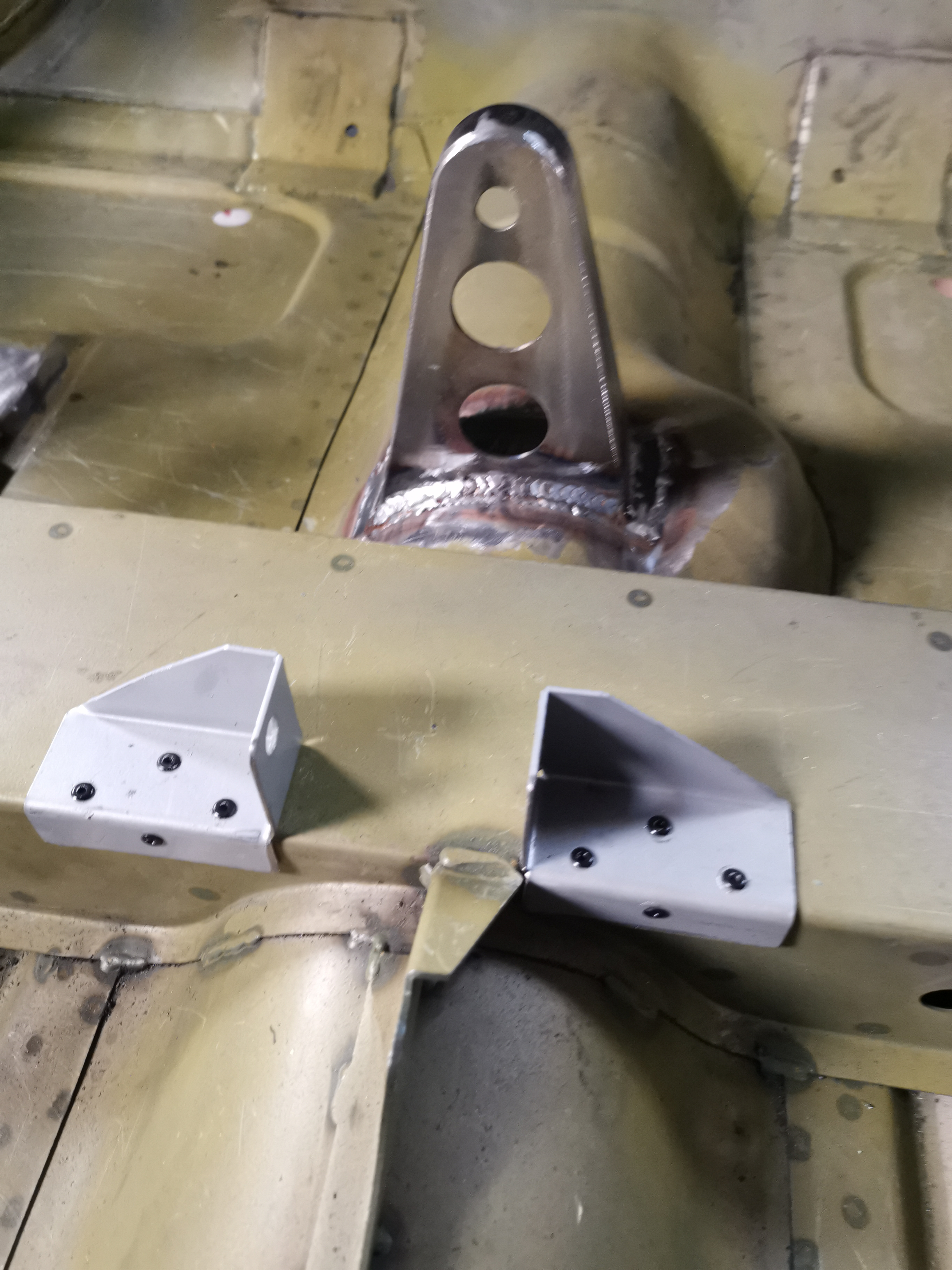 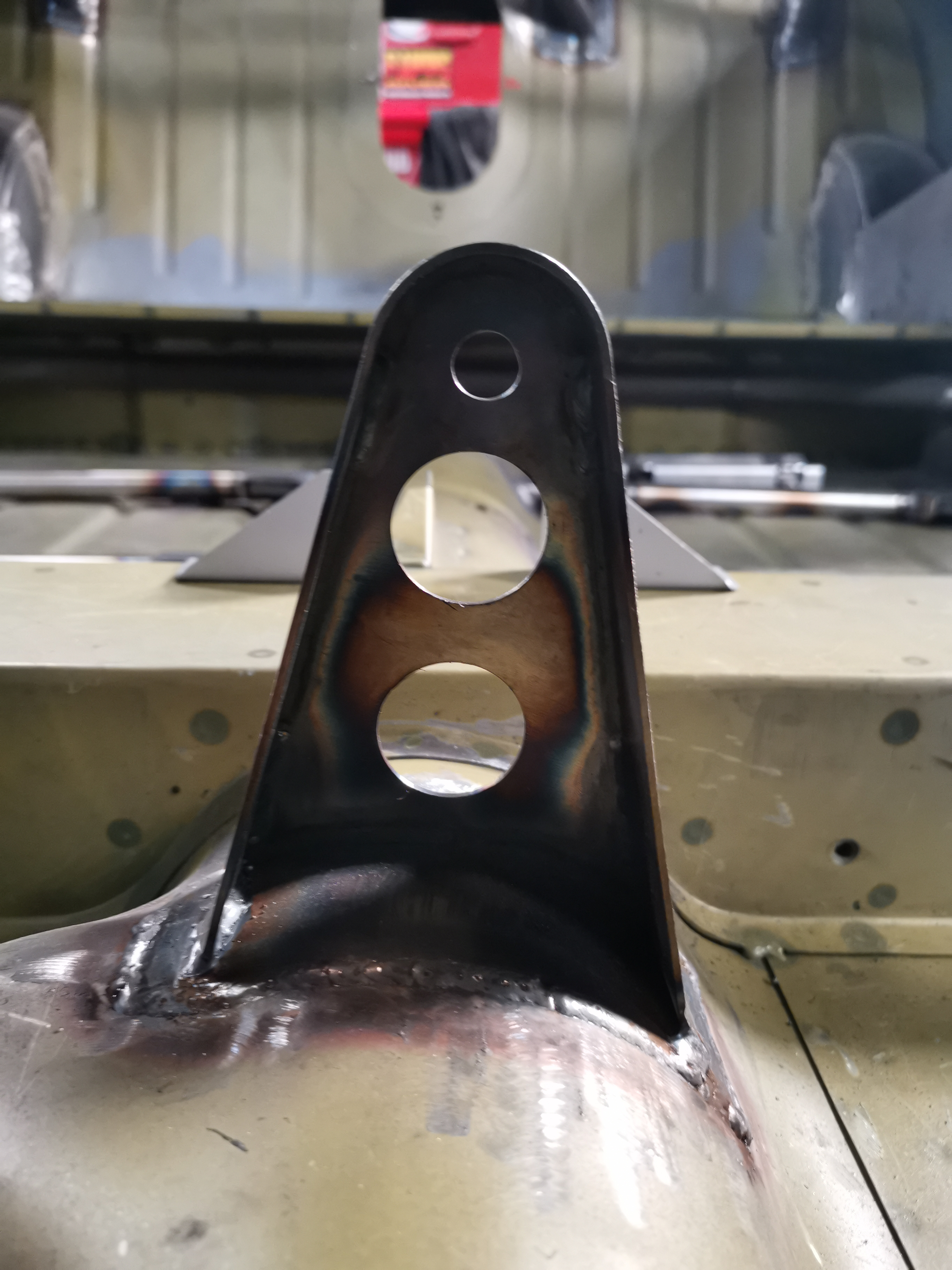 This looks great, amazing transformation in such a short space of time! Looking forward to hopefully seeing it in the flesh and picking your brain about good body shops and fabricators.

Thanks man! My Mrs will be pleased when it comes back painted as she's fed up of all the car parts in the house

Really love the way this build is looking so far. Mk3's look awesome when built with an 'appendix k' ethos, just very few people do!

Really love the way this build is looking so far. Mk3's look awesome when built with an 'appendix k' ethos, just very few people do!

Thanks man, I guessed as much. I do have the option to change the FD by swapping out the primary gear from 24 tooth to either a 23 or 25 tooth to alter the ratio's either way. Do you think it would make enough of difference?

While we wait for the body to be painted I've shifted my focus to all the other jobs that need doing! I've been going through everything that came off the original car and worked out what we could keep, what needs refurb and what needs to be replaced.

Top of that list was the wheels as I plan to convert the car from drums to disc brakes in the front. Long term I want to have a set 'road' rims with a road going tyre and a set of 'race' rims with a track tyre. The idea being that the road wheels can be used for loading, MOT and any other time I need to be road legal. Therefore I order a set of C-21A1901A 5x10 Minilites which should help increase the track width a little.

I heard mixed reviews about the R7 tyre but in the end decided to try them as they have that period correct tread pattern we're going for. I want to keep the car as stock looking as possible on the outside. What do you think? 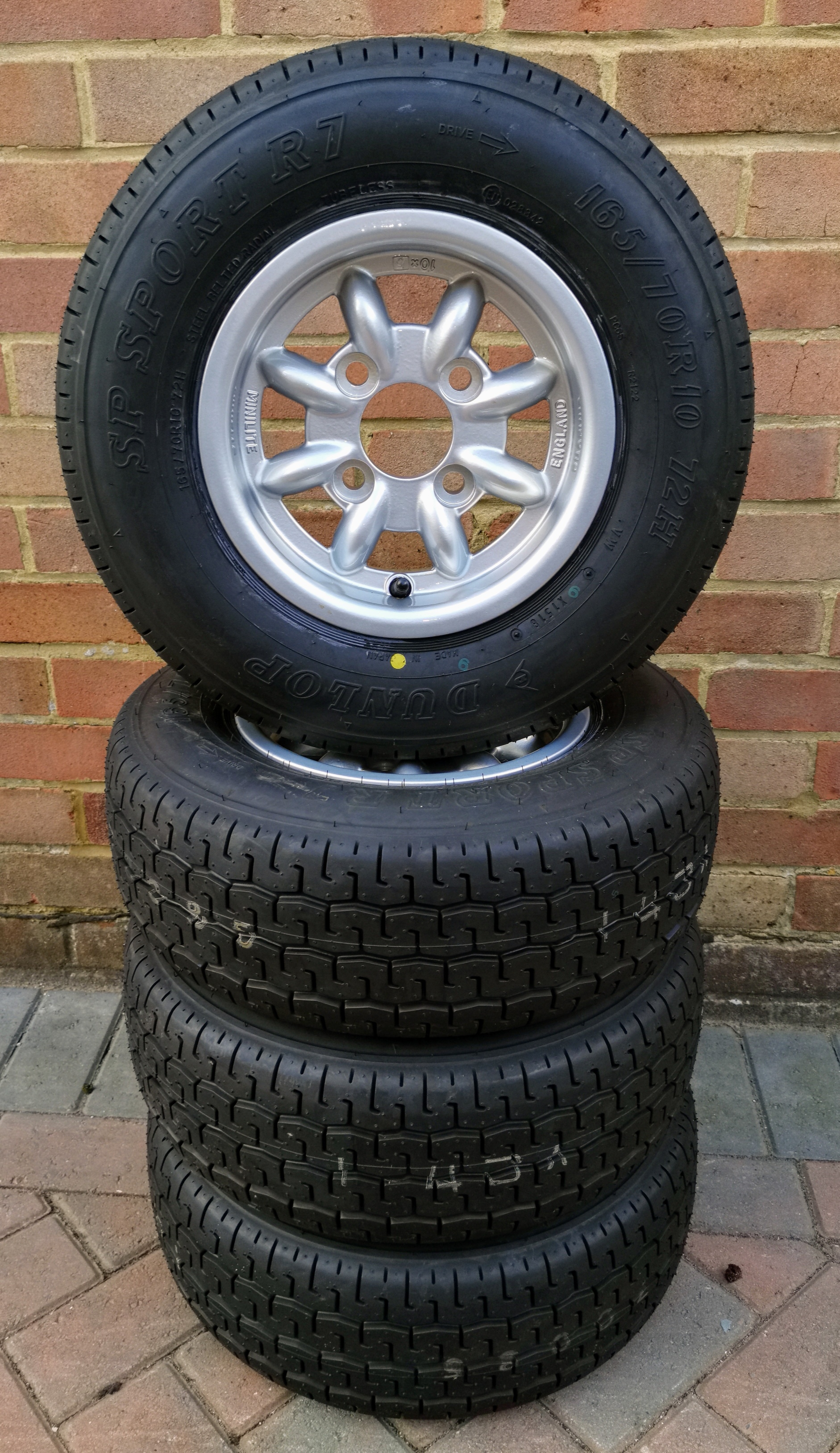 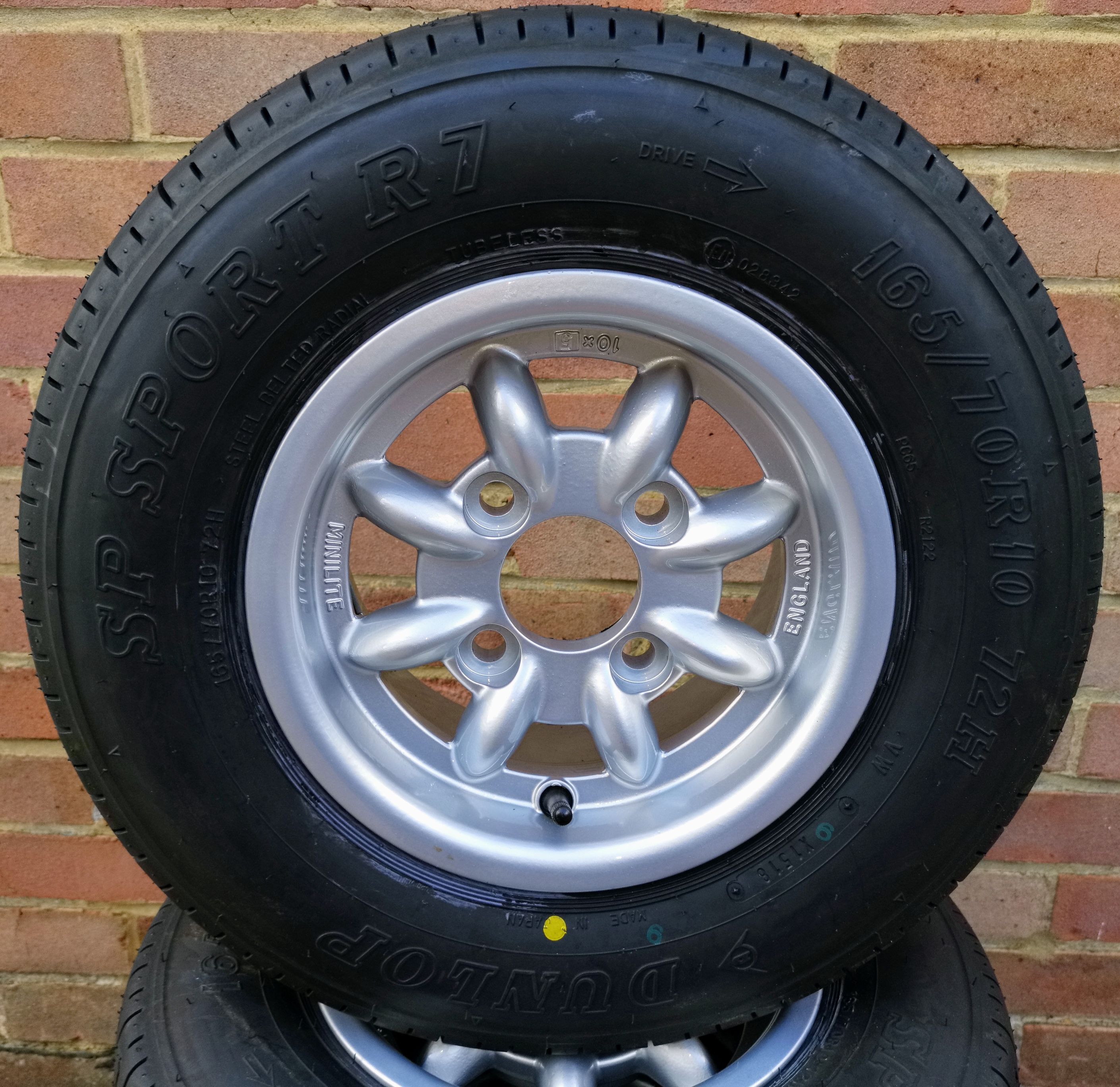 Personally I quite like R7s. I’m currently running aquajets on my mk1 and I’ve recently bought the new 145/10 blockleys for a set of reverse rims. Still went with good old A008s on my mk3 (also bronze yellow) though. Cheaper and work well.

Nice wheels! Any thoughts on your race set?

Things have been really busy at work this last month and not had as much time as I would have liked on this project. In an attempt to get things moving again I took some time off and was able to get into the workshop twice this week. Here are some photos of the front subframe & mockup engine. 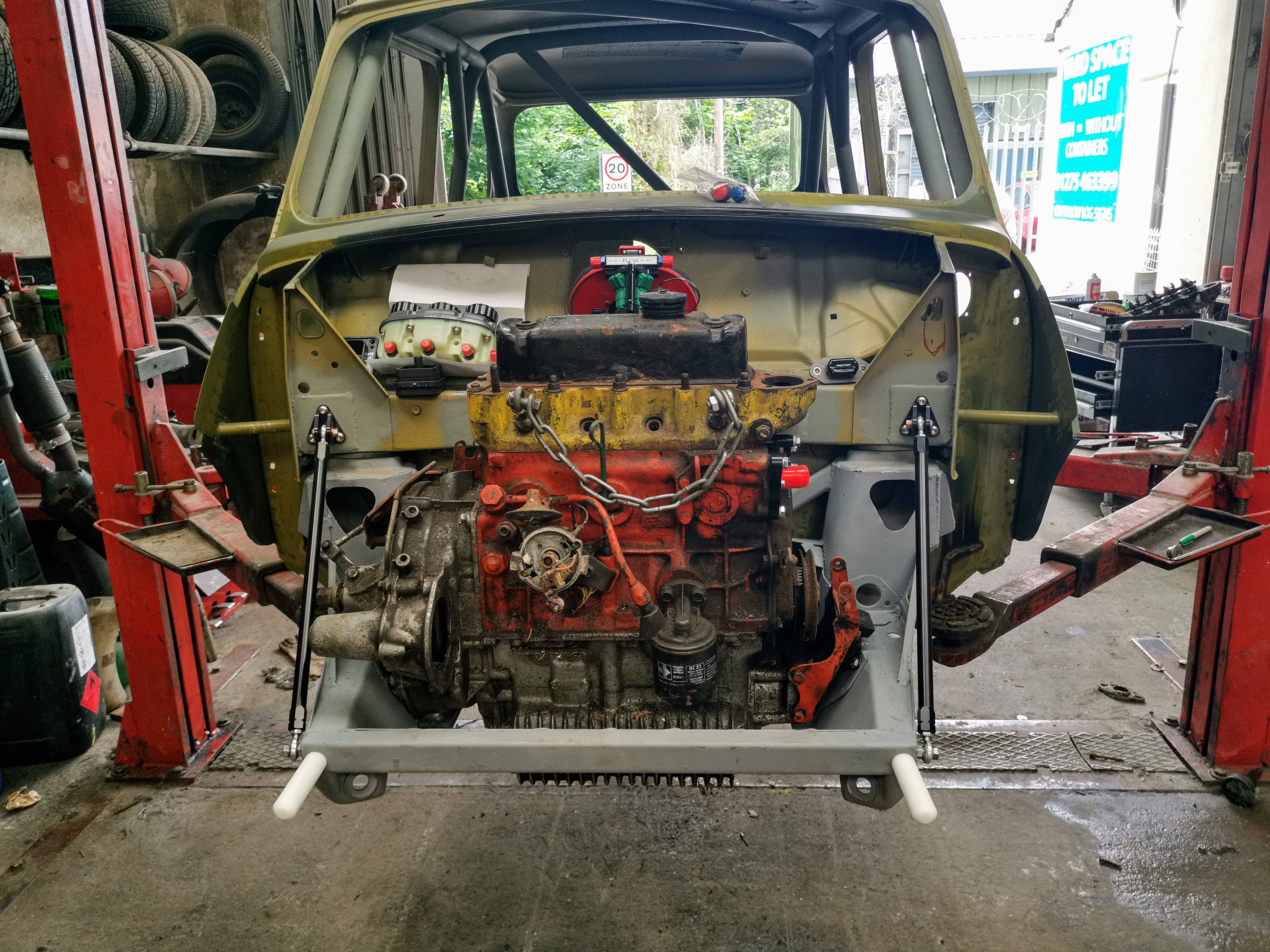 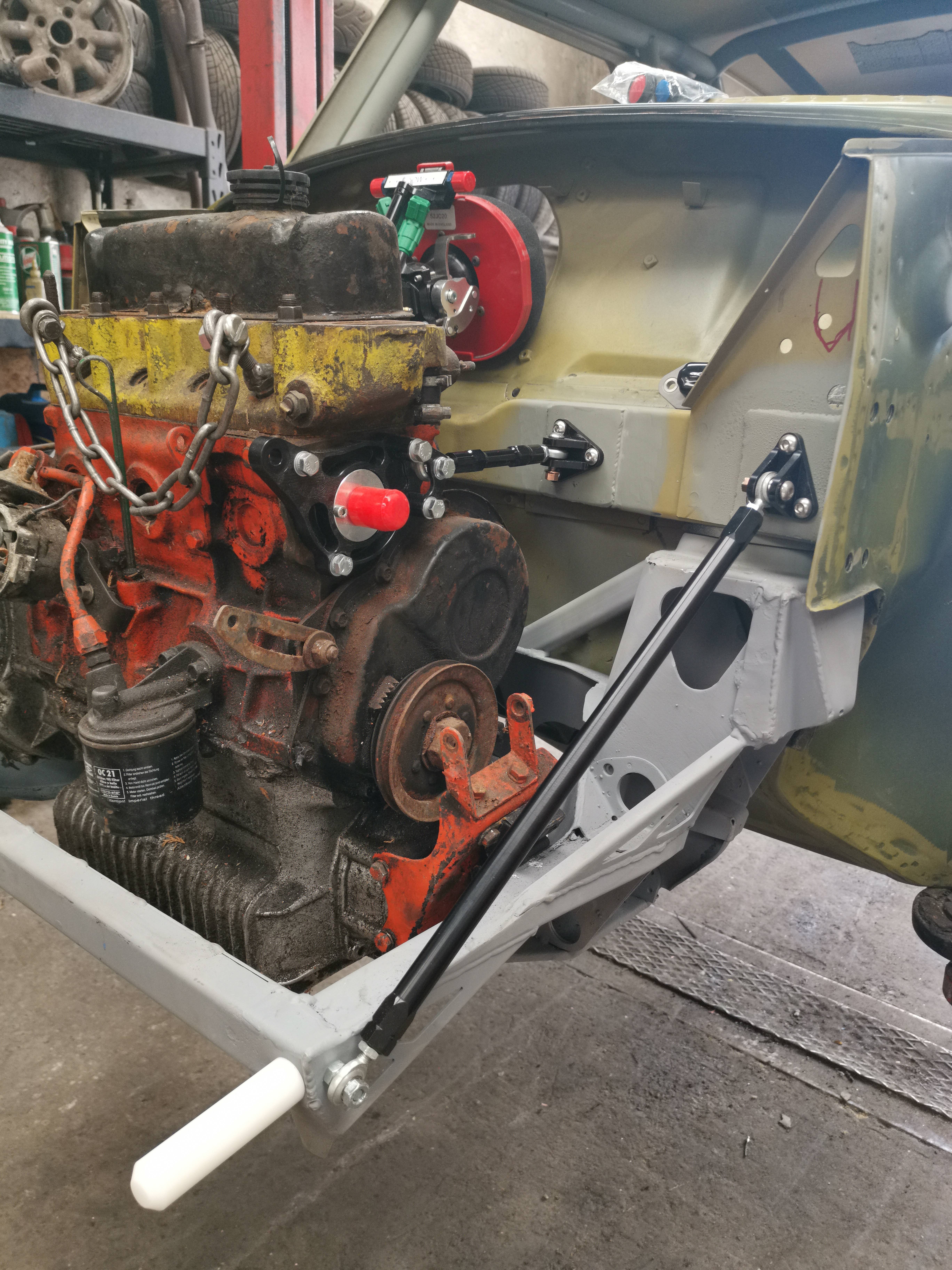 We found that the SU throttle body and filter was fouling on the bulkhead and needed a little extra removed. Plan will be to make up an ally cover plate after its painted and the real engine goes in. 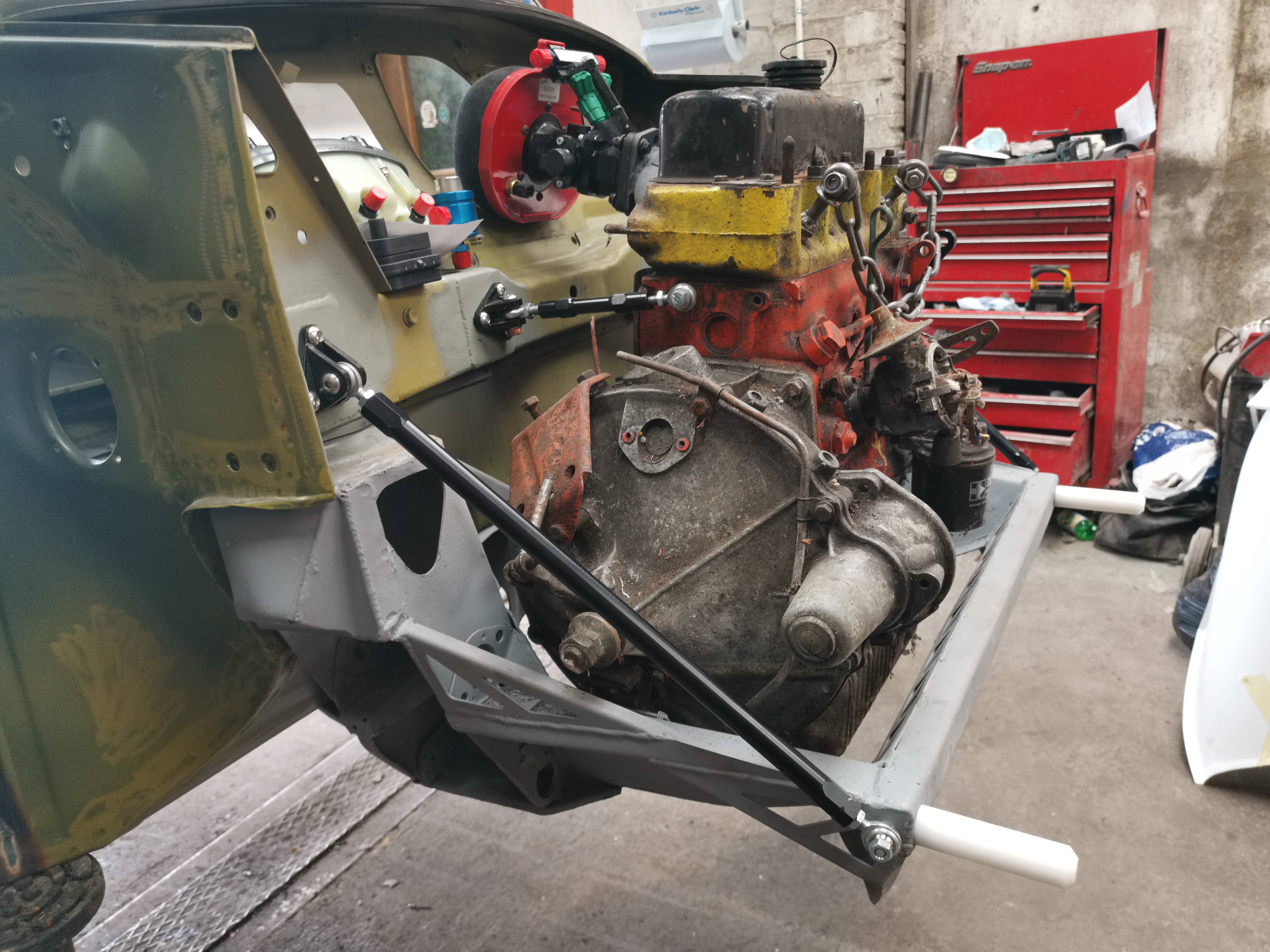 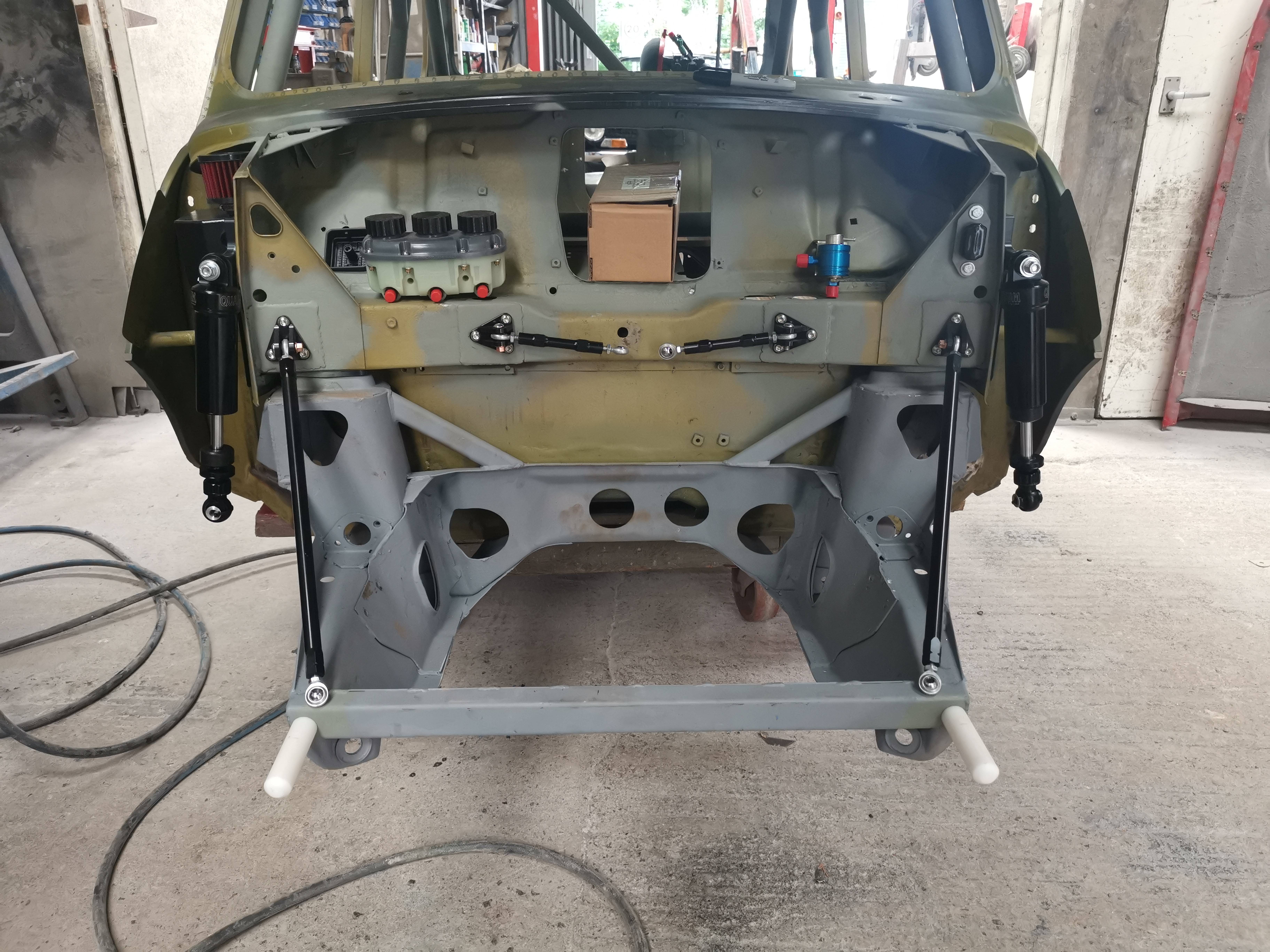 This was also a good time to finalise the provisions for the wiring as I want to avoid having to drill holes after paint. I've been a fan of the Deutsch DT & DTM connector for a while and exclusively for a the last 4 years. With this project I wanted to experiment with using some of the other form-factors, specifically were the loom passes into the engine bay. Introduction the DRB bulkhead which uses the same size 12, 16 & 20 pins as the DT & DTM.

The idea is that the bulkhead under the wing will be for all the 'body' circuits including alternator and starter motor. The bulkhead in the engine bay is for the 'engine' circuits including sensors, ignition & injectors. The idea being that you can remove the entire engine with only 1 plug. The smaller DT connector by the wiper motor is bulkhead for the front end including the front lights and indicators. 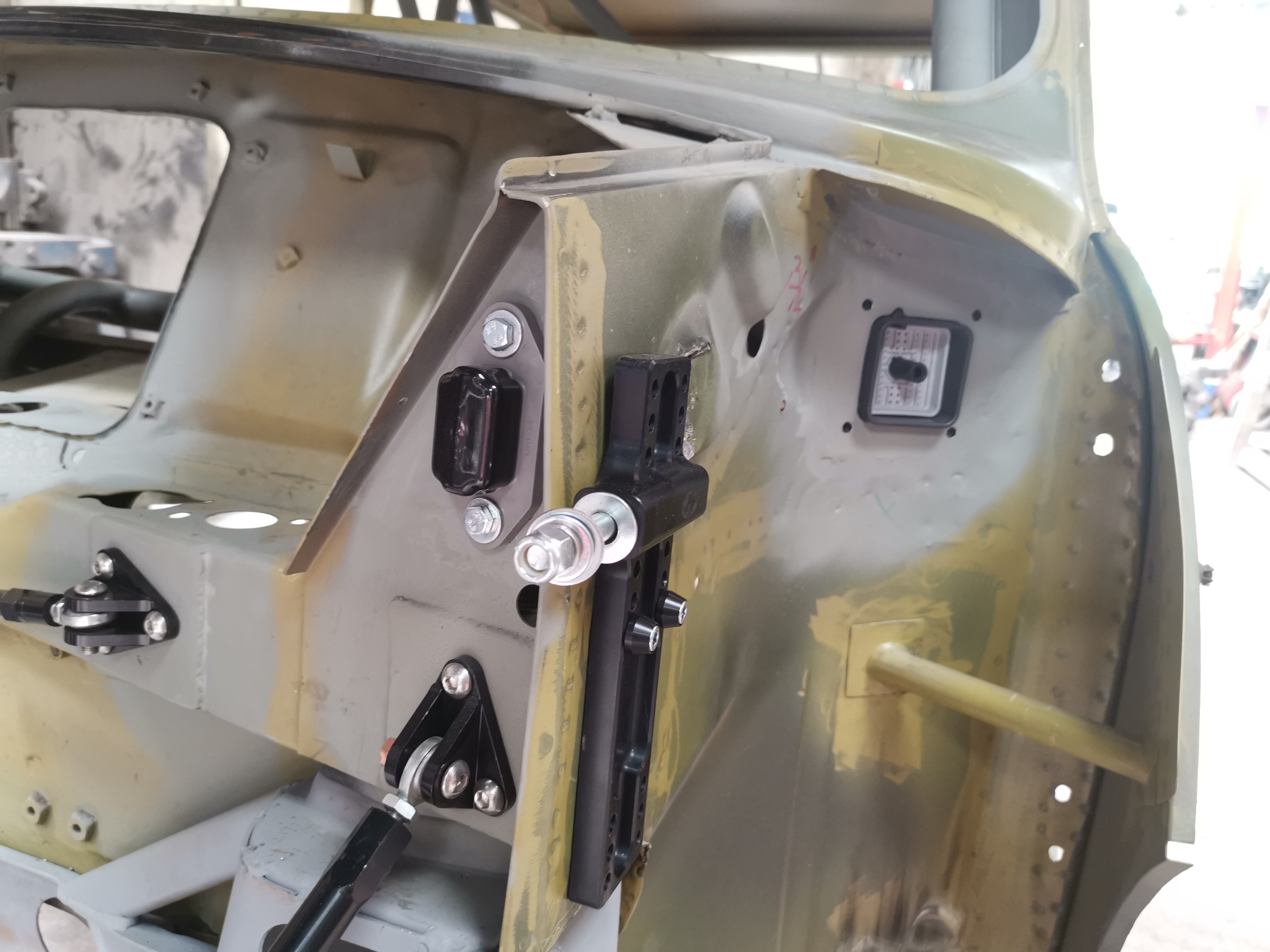 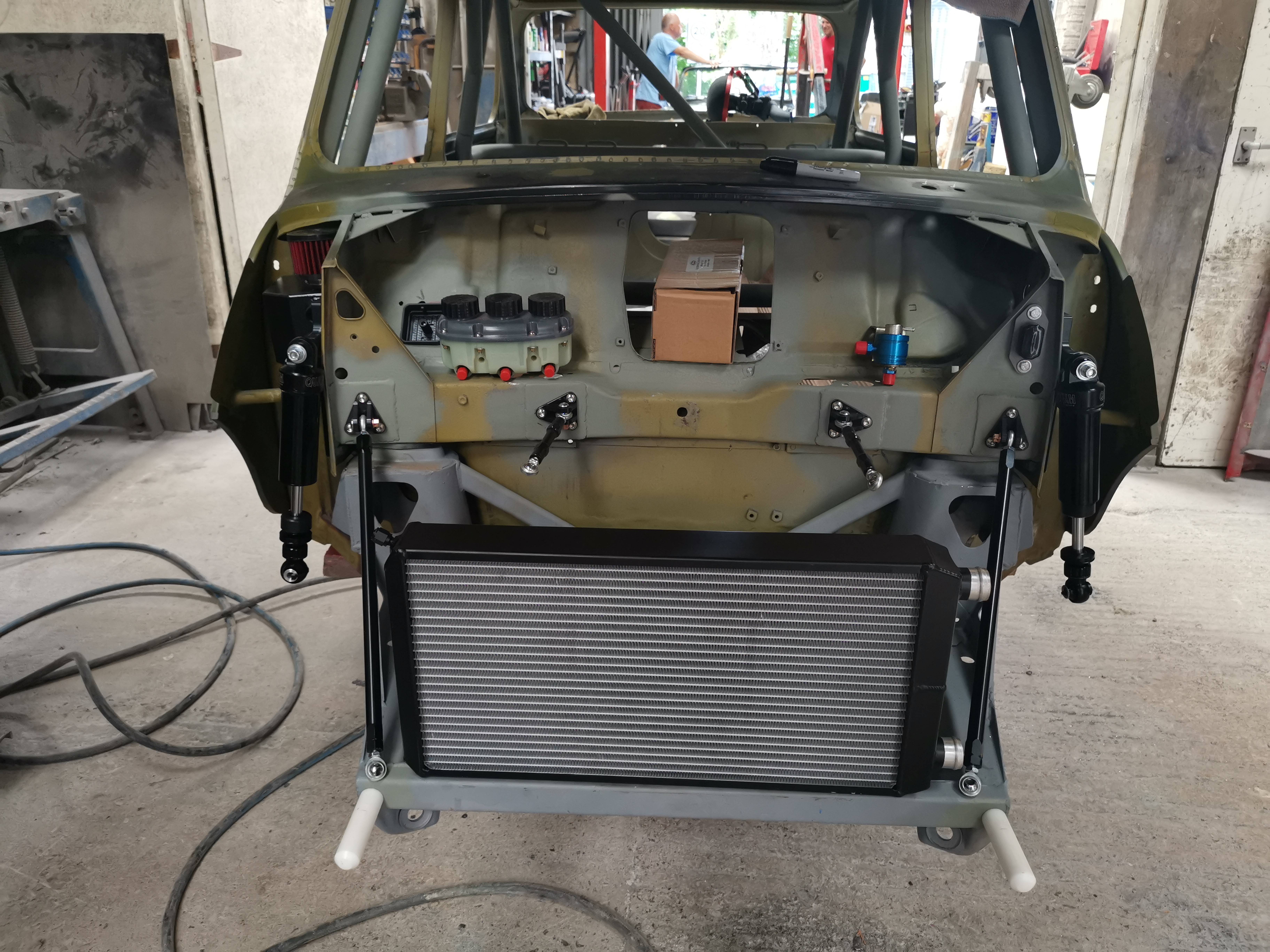 Finally, the front shock mounts mocked up. There where a few fitment issues and much more fettling required for a good fit. In this photo you can see the shock body hitting what's left of the inner wing. I'm not 100% not placement of the catch tank as the filter hight means it's fitted much too low. What do people thing, remove it and raise the tank? What's the deal with having the catch tank with no filter? 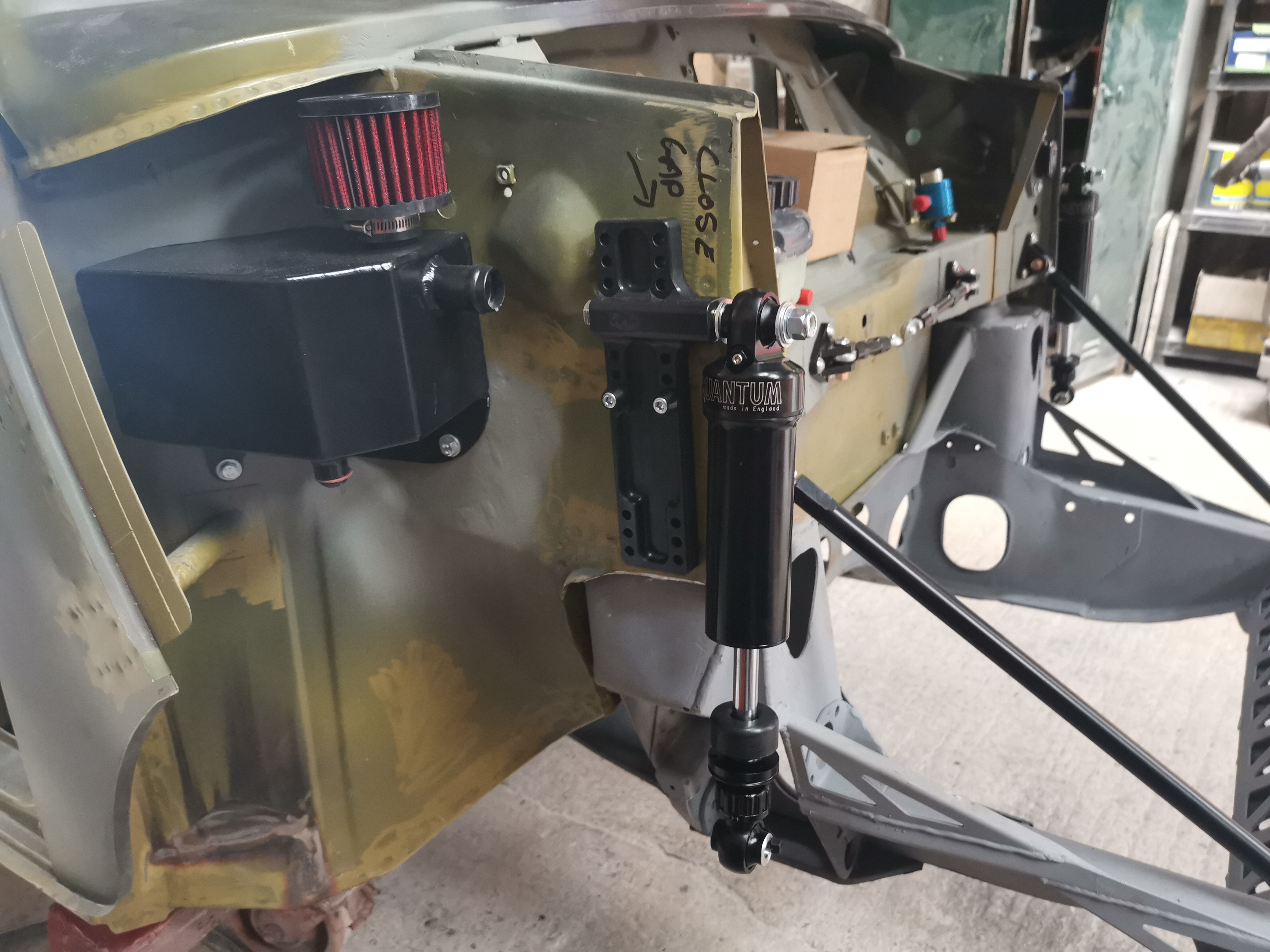