Wondering if people could give me a value on my mini, its a genuine MK3, twin bolt frame, drip rails, had mk1 style poly front windows put in, paint is very flat (read patina'd), car has alot of character. Front is removable steel, car is solid despite how it looks, would pass an MOT no issues. Its got a K series in it atm, but I'm removing that for my pup, so I'm deciding whether to sell as a shell / project or put an a series back in and get it on the road as 'standard'. As its a '76 its tax / mot exempt.

How much would people think it would be worth as a rolling shell or as a complete roadworthy car ?

Would be similar to the picture below, just on standard steels 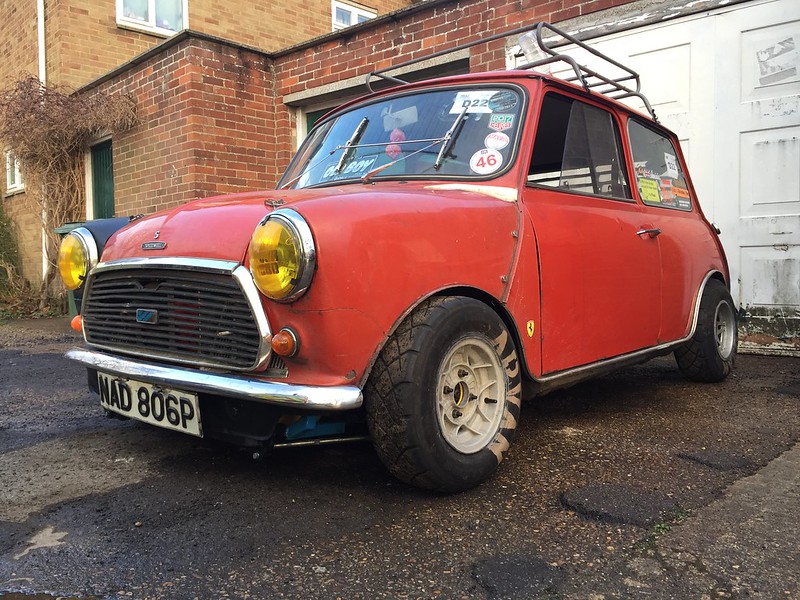 Not sure what its worth but I would love a 1976 mini if I could afford to buy it!

I was looking for a mk3 last year and looked at some complete piles of crap for £6k. That said Paul Higgs Cars based down in the south near Southampton?? Sells a few mk3s in good condition for around the £6.5-7k mark. Wish I’d bought one of his as went with a project car which finally set me back £14k, albeit fully restored with a 1330 high specced engine. I think you could get £5k with a standard engine provided it’s solid.

Rolling shells tend not to fetch a lot of money.

The best way to get a decent return would be to make it a running and driving car.

That one certainly needs a lot of work.

Is it me, or does the front tie-bar look to be mounted differently?

With a full body re-build to do and complete re-painting, an engine to buy, re-build and fit, etc, etc, I would not want to pay more than about £1500 tops for it.

What sort of money you aiming for in either scenario?