16 replies to this topic

Additive for our classic car. Yes or not? Some people say that it's not necessary. Thanks for yours opinions. 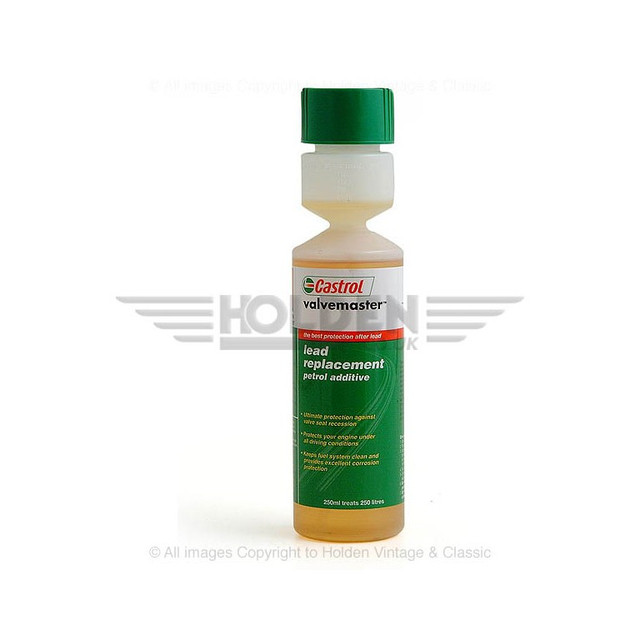 Your engine will run OK without it.

But it will run OK for longer with it.

Use miller's vsp, the lead free issue is not the important matter now. Ethanol is the new problem, it destroys rubber fuel lines and contains water. Millers vsp counteracts the ethanol issue, provides lubricant to replace the lead and also provides an octane boost to 97ron. 1 bottle do about 20 fills.

I have ordered this product from Minispares LTD. I don't know if you know it. Other people say that the only effective one is Castrol valvemaster. 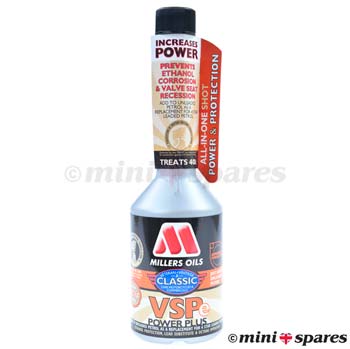 Castrol valvemaster plus available here https://www.classic-...rer/Castrol/2   albeit with a slightly different label, but the guy assured me it was made by Castrol.

I don't bother with it any more in any of my classics, but I don't do a lot of miles. I recently stripped down the head on one of my Commers (this one gets the most use) and the valves and seats were fine after about ten years of use doing an average of a couple of thousand miles a year. A mate of mine used Valve master religiously until a drop in power, and subsequent head check, revealed a severe case of valve recession - I've not used it since and neither has he.

If you are not doing a lot of miles or putting the engine under a lot of strain (towing for instance) then I would save your money and put it towards getting hardened seats if ever the head gets the need for new seats.

My opinion from the experience I have had.

Let's see, I'll try explain me. I have opened this post looking for an explanation about "why" my classic Mini has been losing power over the years.

In 2004 I ran out of oil, the engine broke down, and I rebuilt it completely; Oversized pistons, new con rods, new crankshaft, etc. etc. Goodbye to oil leaks, but the engine was running less than before.

Since then I have tried to improve it with another exhaust, electronic Distributor 123 Ignition and Coil.... etc etc but it has been useless. I have not managed to run as before.

So where is the problem? This has led me to think that maybe the whole problem is in the petrol. The fuel are now different from those of the late 90s. There are several differences and one of them is that now the gasoline is not lead.

I don't know what you think.

What fuel are you using and what did you use in the 90s?

I bought this head in 1991 and ran it until 2016 when it was replaced due to cracked valve seats. It's been run with castrol valve master plus since 4 star became unavailable. No valve seat recession.

Thank you for your answers. I put 98 Oct fuel,that here is the most expensive. Don't you think that old gasolines were better and better results were obtained in the engine?

Yes petrol used to be better but you should still get reasonably good results with modern fuel.

Additives vs No Additives and Hardened Seats vs Leaving as is. It's a bit of an age old question and there's a lot of answers and experiences, often quite varied.

It's the Exhaust Valves and in particular the seats in the Head that may suffer here.

I'm not a chemist, but as I understand it, when the temps of the Valve seats get up to a critical temperature (and I seem to recall this is circa 7000C but don't take that as gospel) is when Valve Seat Recession will occur. Molecules of the Cast Iron stick to the Valve when it closes at these temps and as the Valve then opens, it tears them out of the seat, as the Gases then flow, the valve cools (slightly!) and these Molecules are then blown down the exhaust. These Temps while sounding 'up there' are well in the range of normal exhaust temps, though, getting in to the upper regions.

They can also (and easily be reached and beyond) if the Ignition Timing is retarded and it usually doesn't need much. Lean running can also do it.

There's been loads of tests on various engines over the years, including our A Series Engine to determine the effects and rates of recession.

Generally when sitting on higher RPMs for extended periods (eg, Motorway Driving) tends to see the effect the most, but this is not exclusive.

When I'm asked, the advice I give for road use is if Hard Seats are not fitted, use a Valve Seat Saver product. Other than remembering to add it and the small cost of doing so, there's really no down side when used as per the Manufacturer's recommendations. If, at some point, the Head has to come off, I'd then suggest also having Hardened Seats fitted.

Rover did start fitting Hardened Seats around 1990 to make them Unleaded compatible. Nearly all modern cars also have them.

Here's a head in which recession was clearly occurring 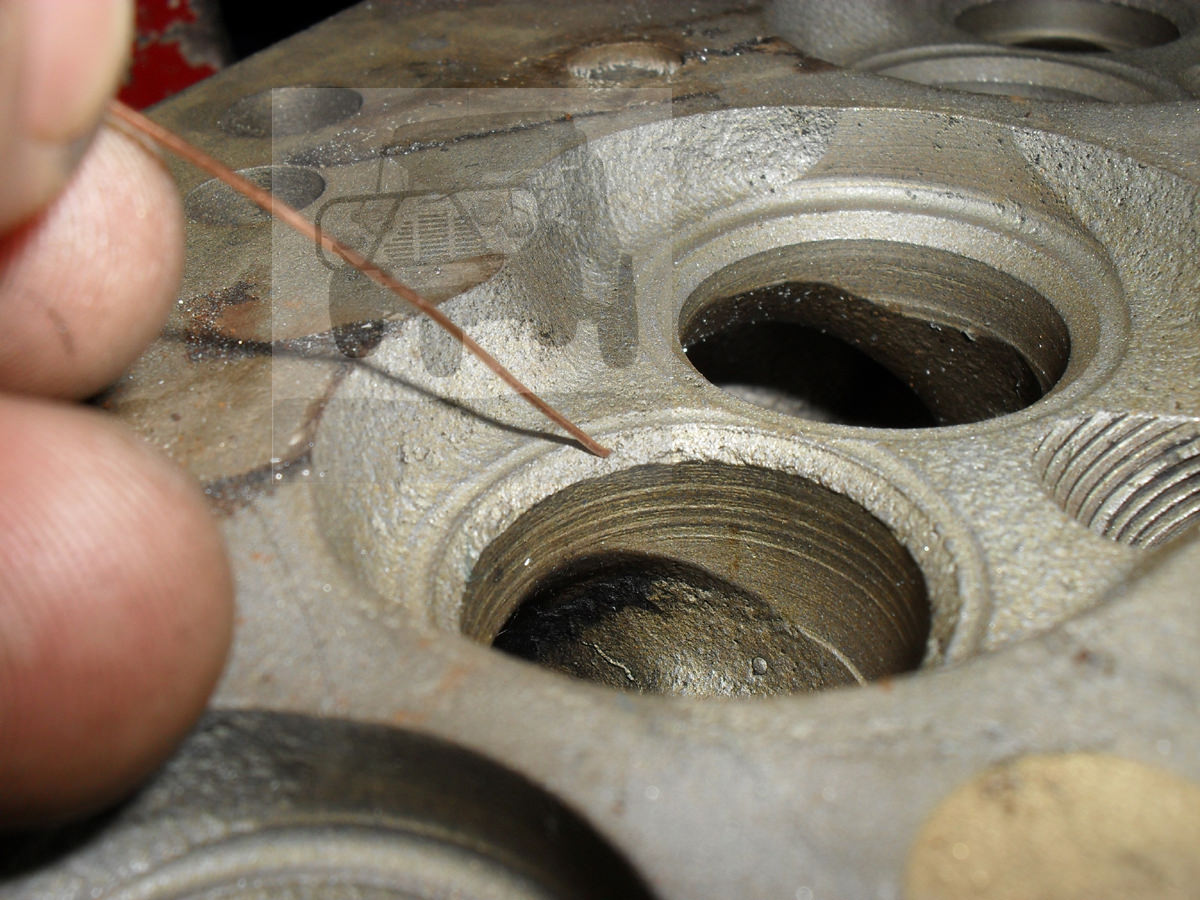 In regards to your loss of performance, there could be a zillion reasons for this and it may not be one specific cause, but an accumulation of causes.Somethings include poor machining, worn cam shaft, incorrect cam timing, changes in compression ratio, changes to the shape of the piston crown, differences in piston rings and on and on it goes. I really don't think there's a simple answer here.

Very complete answer. I keep this picture very clear of what is the recession of the valve seat. Cheers man! 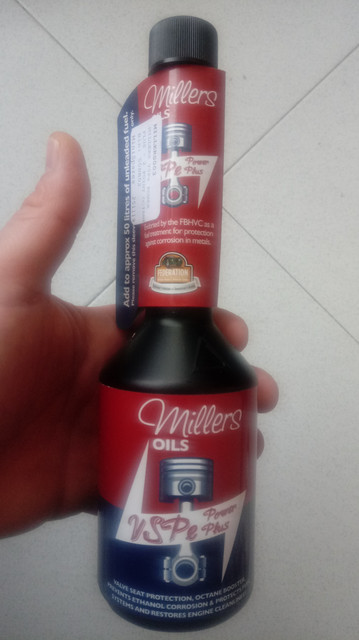