I went to the ACA auction last month and came home with lot number 104.

It stood out to me as it hadn't been messed with, chrome arches aside, like so many classic Minis have been, and it was first registered only a couple of days before I was born! Its got some rust in the usual places but it doesn't appear to have been patched/welded in the past which hopefully means I won't be fixing anyone else's poor workmanship.
The car was retained by its first, second registered, owner from 1998 to 2015 and has had one owner since. From what I can see from the history that came with it, it did 10,000 miles a year until 2005 and has done 2000 miles since 2006 with a lay up between 2007 and 2015.
Once it arrived home, a sizeable order from Rimmer Bros followed. It had a few mechanical foibles in the form of a leaking heater matrix and the inability to start when hot which turned out to be an inlet air temperature sensor - it was disconnected and someone had bridged the connector - with a new one fitted its been starting perfectly since. Its also had a damn good service and a couple of the tyres needed resealing as they were leaking around the rim.
I've got a few small jobs left, sort out the tappets, replace the leaky rocker cover gasket and fit a new coolant temperature sensor. I also seem to have issue with a cranking a touch on the slow side when cold and the full beam dragging the other electrics down - I've done some reading and I'm hoping a clean up of the engine earths will sort this. This should see it sorted mechanically sorted and I'll hopefully be able to reliably run it to work and uni on dry days.
The plan for now is to run it around for the summer and if its still with me by winter sort out the bodywork with some new panels and a respray, possibly the full works with subframes off and shot blasting etc. but that will be decided nearer the time and once I've properly assessed the underside.
Pictures from the auction below and one from this morning when someone decided to change lanes into me in the city traffic. Luckily only knocked the arch trim which was almost convenient as I wanted to get rid of the chrome arches anyway so a new set of black arch trims is in the post. The scuffs on the wing buffed out. 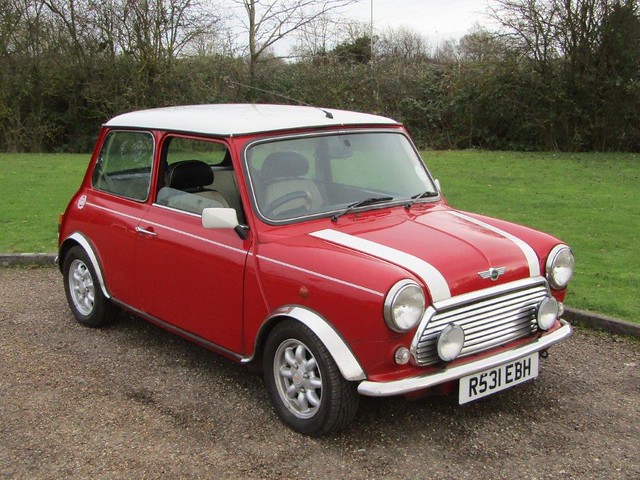 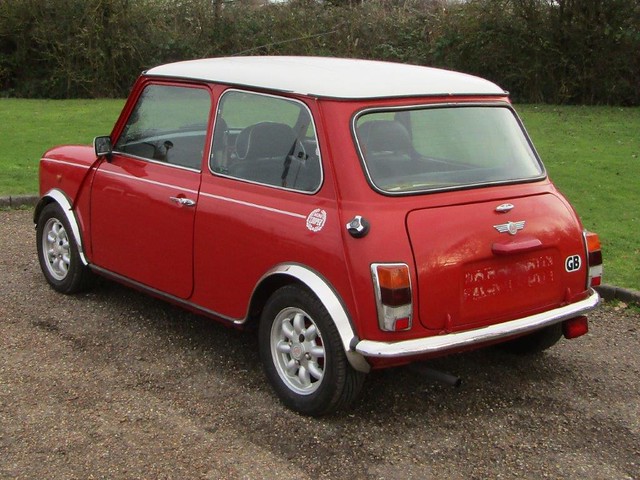 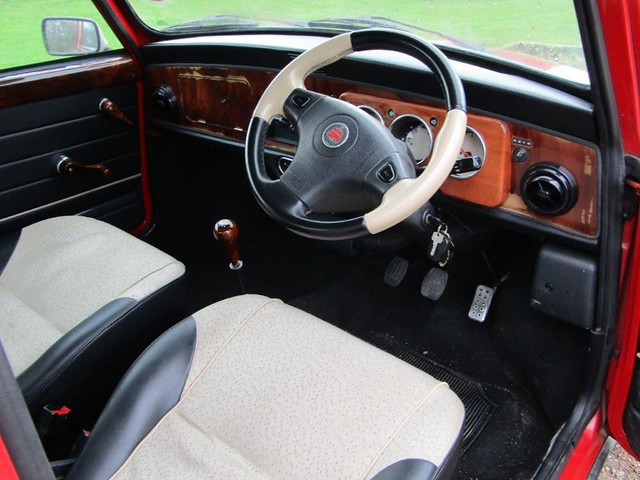 Looks great, shame about the bump but as you say, at least it made your decision for you! Enjoy it.

Once I get mine (actively looking!!), I might see you about. Give me a wave!!

I went to the preview on the Friday and saw this.Well bought!

That Mk.2 Cooper 998 in red/white with some competition preparation looked very cheap at just over £10k inc. buyer's premium.

Was it as good as it looked or was it needing body-work & welding?