1988 Mini Designer With An Identity Crisis.

Evening all! It's been a few years since I have frequented these parts, but recently been browsing the forum again after a few years away and very glad to see its still popular in the world where Facebook reigns.

In any case, i'm back with another mini, not because I have finished my last project or in fact the project before that, but because it was a good deal and I fancied a nice quick and easy project. Spoilers: It's a mini and thus not quick or easy!

I picked up this 1988 Austin Mini Designer last Autumn after it had sat for about 4 years, here it is once I got it home and got a good look at it.
It is still the little 998 that it was birthed with however it definitely thinks it's punching above its weight with the Sportspack kit. Plan is at the moment to keep the sportspack styling and later add the nice MPI seats, but thats subject to finding some for the right price! 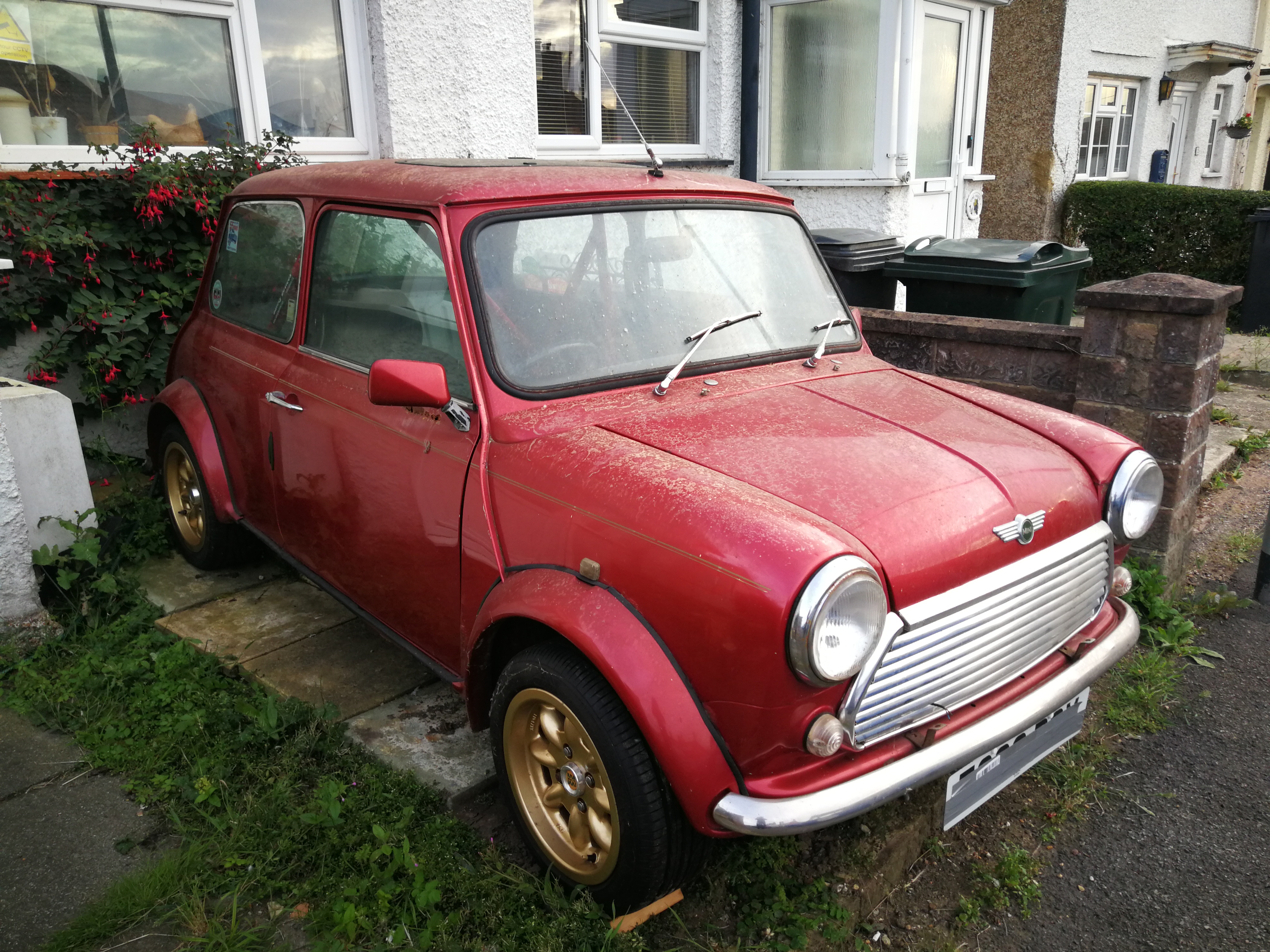 As you can see it's not exactly how it would have driven off the forecourt originally. In its history file it shows it being restored in 1998 by P&L Minis, which included rebuilding the car around a brand new Sportspack shell from Rover with suitable wheel arches and painted in nightfire red. Otherwise I bought it without an interior and as a none runner, so first thing I wanted to do after a quick wash was get it running properly, with some fresh fuel and a healthy quantity of brake cleaner she burst into life and sounded very sweet indeed. Still running its original 998 A+ engine with a stage one kit for good measure. 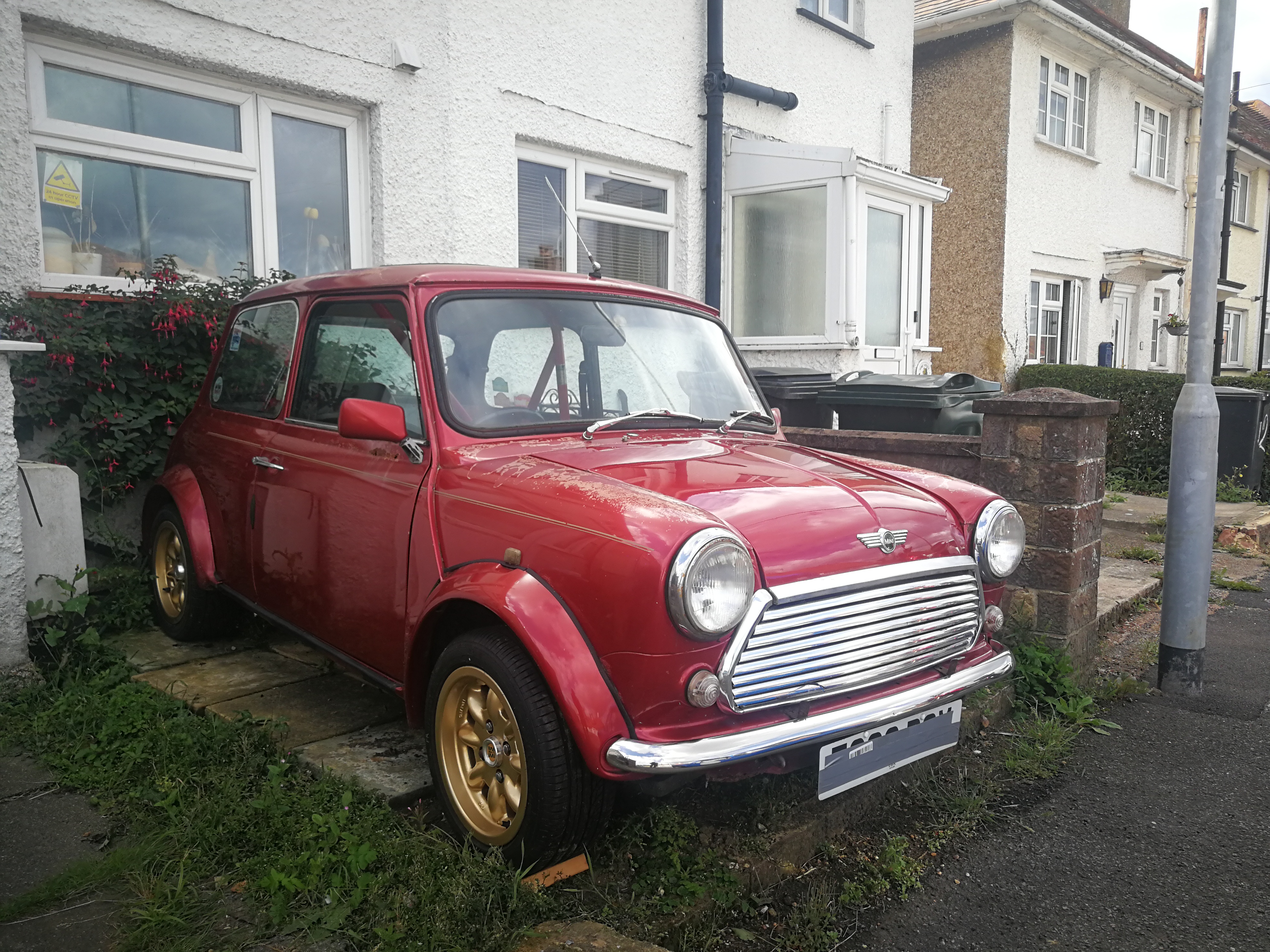 After  a wash I was pleasantly surprised with how nice the paint looked, sadly that is an illusion as the water hadn't dried yet and the lacquer peel was pretty nasty. With that, I started with the strip down to find the inevitable rust, I wasn't disappointed! 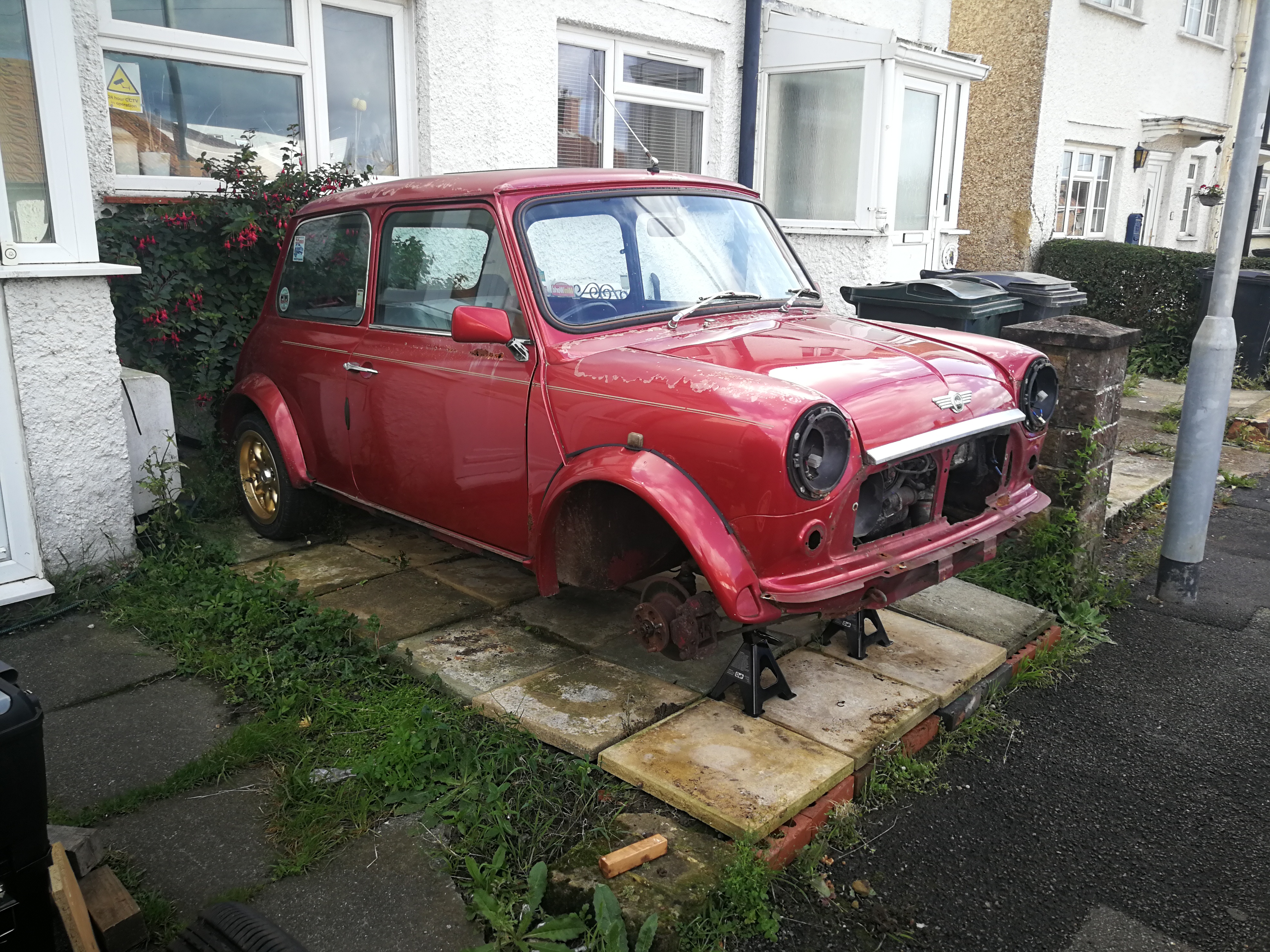 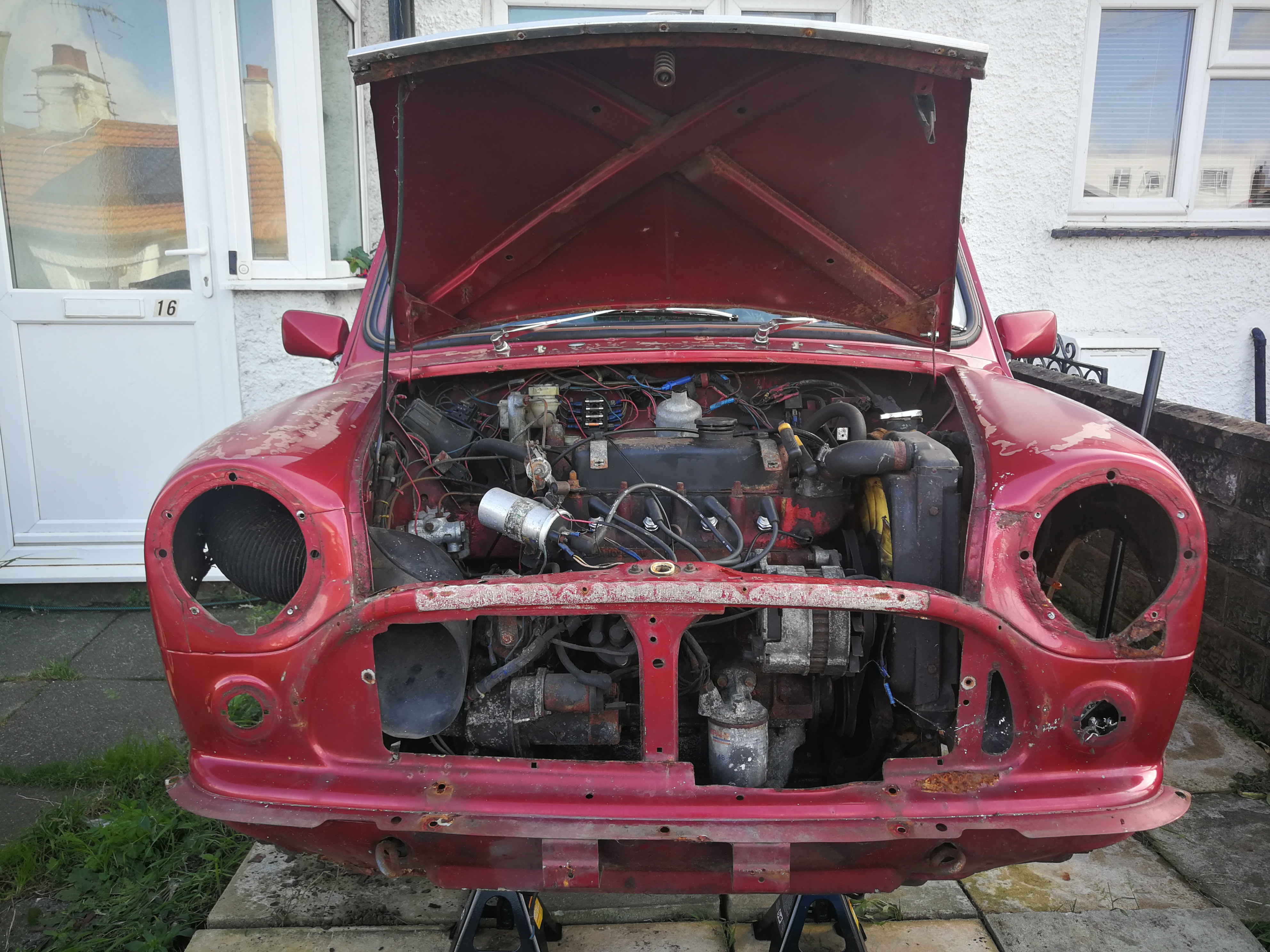 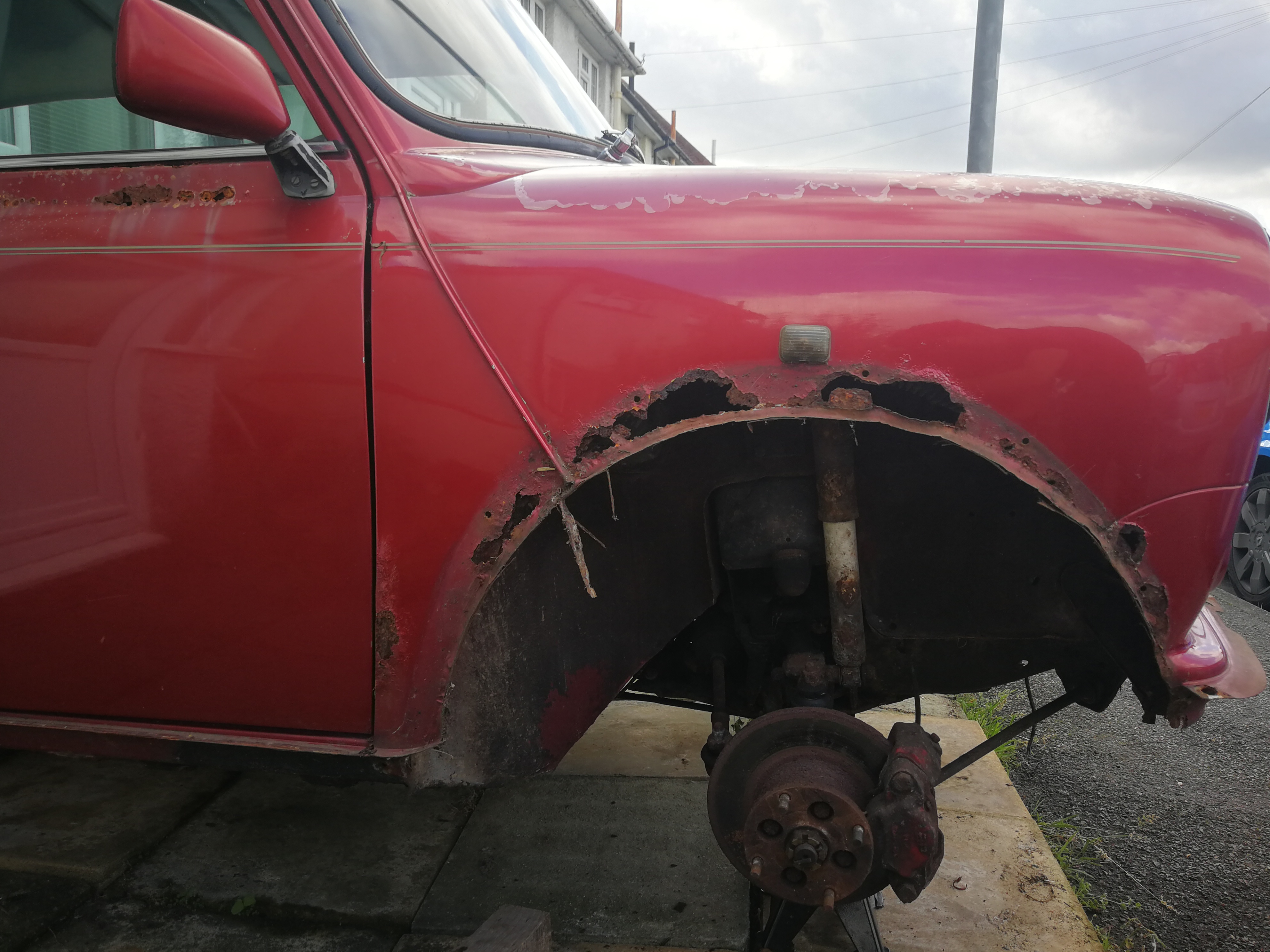 I wasn't expecting the rust under the wheel arches to be quite as bad as it was, but it's not the end of the world, I was planning to fit a new front end anyway. It's a shame that there wasn't sufficient rust protection as the majority of the shell is really good condition, but the elements have gotten to bits of it as well as some pretty ugly patches on the floor which will be replaced in due course.

Anyway this brings us up to around November time, next chapter will commence from my unit where I transferred the mini to shortly after starting the strip down, I didn't fancy another winter working on cars in the rain. Hoping to have this one done some time this summer but there's plenty to be getting on with before then. Also this restoration as well as all my spannering antics will be posted on my instagram: "@Alexander_developments".

Cheers! I couldn't believe it either, thankfully the rears are perfect. Still i'm looking forward to this one being done and pottering about in a mini again, modern euro boxes aren't half boring!

Cheers! I couldn't believe it either, thankfully the rears are perfect. Still i'm looking forward to this one being done and pottering about in a mini again, modern euro boxes aren't half boring!

Tell me about it.

Restoring/modifying mine ATM, and running around in a mk6 fiesta.