Hello all, I am deep involved in my project and I am currently looking for spare parts.

And I came across that, where I couldn't resist bringing home: 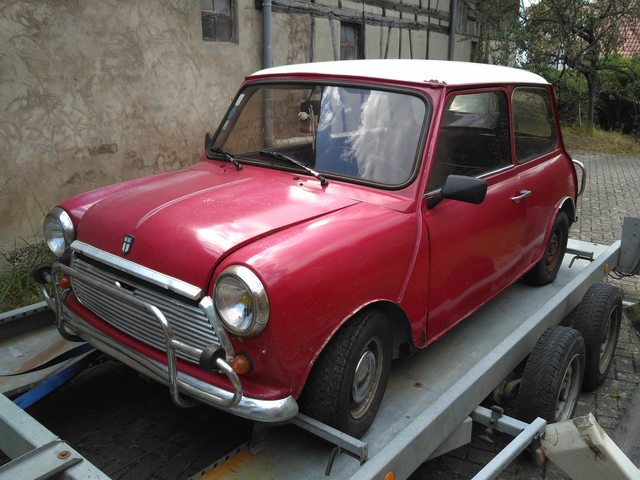 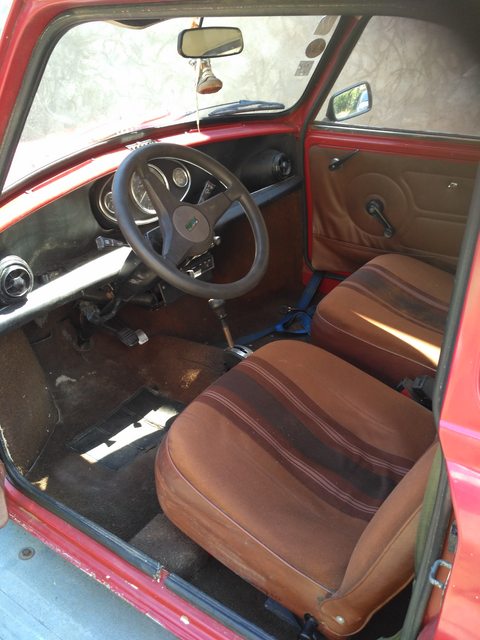 It's an automatic Mini, I think according to the VIN from mid 1979. (I do not have a V5 for it, but will try to get an historic one, doable in France).

It's been built in Belgium, and the VIN in only about 2000 numbers later than my other one.

Does anyone know how many Minis were built per week/month?

British motor Heritage is not able to get info as the Mini has been built in Belgium.

It's quite in a good shape, has the typical Mini orange-red thingy everywhere one can expect it. The subframes look to be very good for their 41 years.

It got a respray some years ago, was originally gold (although I do not find or can't read the paint code (5125 014 on the smallest plate?), it's a grey-golden color)

The interior looks to be very good, it will need a good scrub to look like new :)

The big issue at the moment is that the engine is stuck, Diesel is already soaking in the cylinders for at least a week.

The plan for it is to restart it, do quick repairs on the body and make it road-going quite fast to be able to go back on my main project, but have a Mini to drive. But keep it's originality and let it as it is.

Is there anything to care about by restarting an auto? The engine is a 99hE21 (1985 requirements, could it be the original one?)

- any idea of a production capacity in Belgium? I knowe they did build about 2000 cars/week in 1979 but that includes all models built there.

- How to start an automatic which did not run for the last 10+ years?