"The A-Series engine reaches something of a landmark this year with the 70th anniversary of the first car it powered – the Austin A30 – being launched. And to celebrate the fact, Bicester Heritage is hosting a free event for cars powered by this wonderfully long-lived power unit on 25 September. Like all Bicester Heritage events, this one promises to have some fantastic cars on site – there’ll be a display of relevant cars on the central avenue at Bicester Heritage.  The organisers are hoping to see everything from Minis and Minors to Austin Healeys and perhaps even early Lotus Sevens. And there’s another moment to celebrate too. The on-site brewery and home to previous Assemblies is launching a 1.275% beer – itself a tribute to the iconic 1275 A-Series engine."
https://www.aronline...eries-scramble/

Just registered as a member but can’t see anything about times for this event?

Thanks for that Stype

Highlights from Scramblers’ A-series at 70 celebration Small but mighty

"The engines-out set-up at a car show isn’t always for everyone. It has its time and its place, such as when you’re celebrating the 70th birthday of one of the most popular and common little units in UK automotive history.

The A-series engine is probably most famous for being bolted into the Mini, but it found its way beneath the bonnets of a wide variety of models, from mass-produced family cars to one-off specials.

Which brings us to the latest Scramblers Assembly on Saturday 25 September 2021, a small and friendly gathering for enthusiasts who buzzed into Bicester Heritage for a chat, pint and wander, this time marking seven decades of the A-series.

Thankfully they’re frugal cars, so the turn-out wasn’t too affected by those fuel-station queues…" 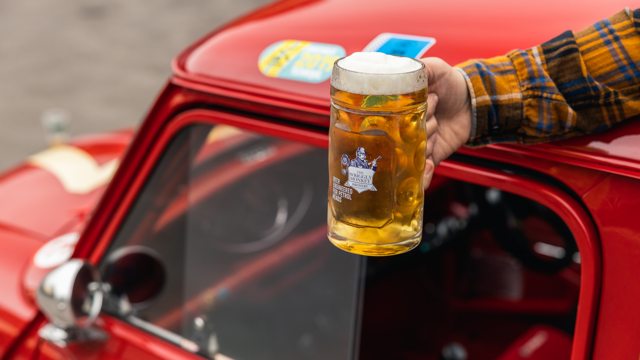 "Not ones to miss out on a celebration – in fact, they’re a key part of the best parties – on-site beer-maker Wriggly Monkey Brewery concocted a special 1.275% beer. Fittingly, this was the first time it poured from the taps in the MT Yard.

It is also the first low-alcohol beer by Wriggly Monkey Brewery, labelled ‘Sanction H’ to continue the line of experimental beers, and at less than one unit of alcohol, drivers can try it, too (responsibly). Cheers!

And happy 70th birthday to the much-loved A-series engine."

Back to General Meets and Events