I thought this was a question best raised here as ultimately this car will be advertised here and so therefor I hope to find a new owner within these pages.

So recently, I have taken delivery of a very sorry looking mini shell and boxes and boxes of parts dropped off in the back of a Luton van.

The owner of the car had taken it to a restoration garage where it was stripped and welded up.

It then went outside in a compound where it was left uncovered for a period of time.

The garage had closed and the car needed to be moved so the owner asked to bring it to me for a quote to respray and reassemble.

I don't know much more of the story I'm afraid but basically, the owner of this car was under the impression that it would need some slight finishing, a respray and the reassembly as he had paid for the welding to be done at the other place....

Unfortunately, my thoughts on the work that had been carried out were not great and the cost for me to put it right and paint the shell stretched his budget too much and would not leave any money for reassembly so he has had to pull out.

It's such a shame as he was very passionate about it and had such nice plans to make this his dream mini.

I guess it just wasn't to be.

I'm now looking for a new home for this project on his behalf.

I just can't put a value on it.

Here is the shell as delivered to me 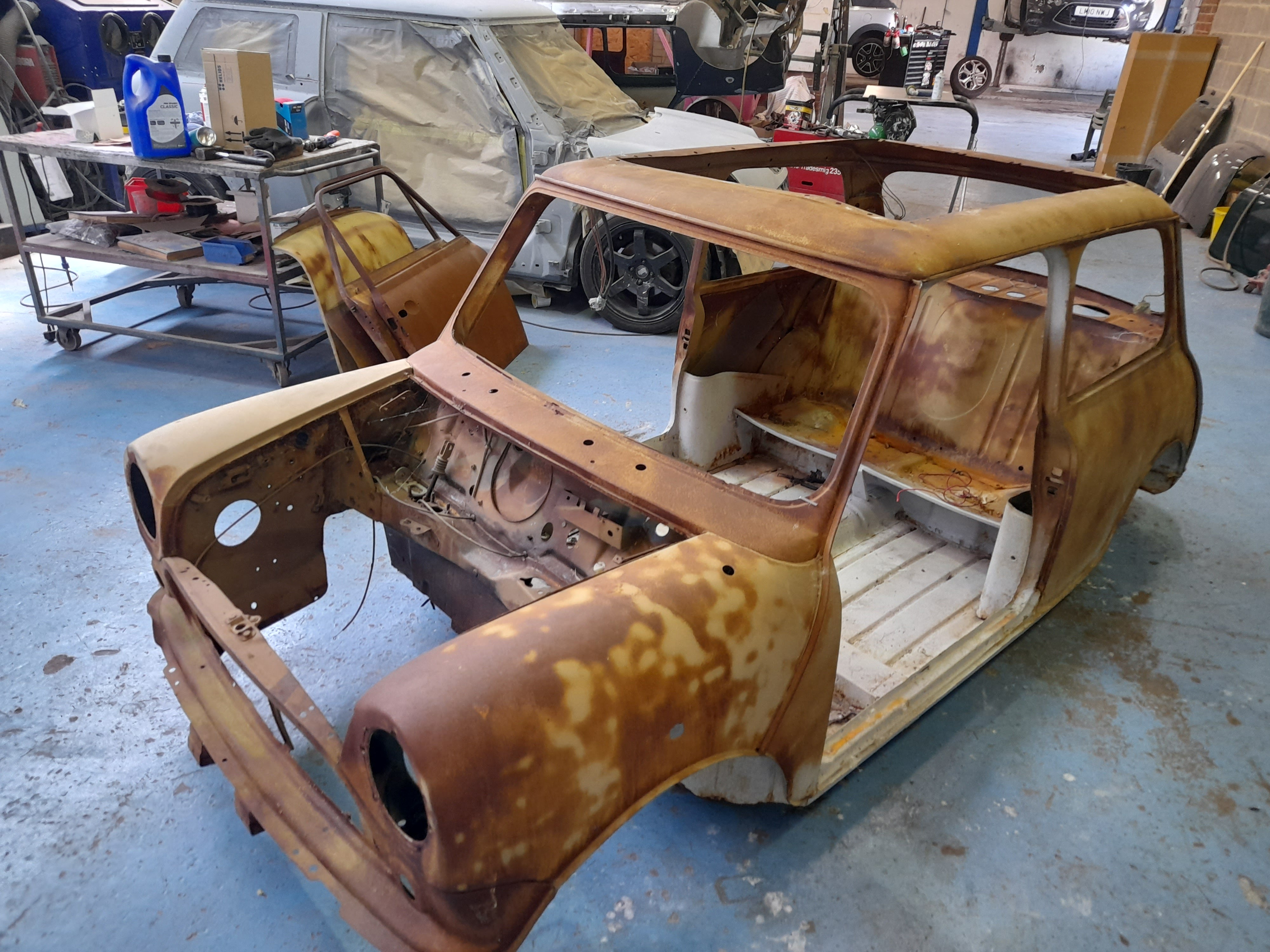 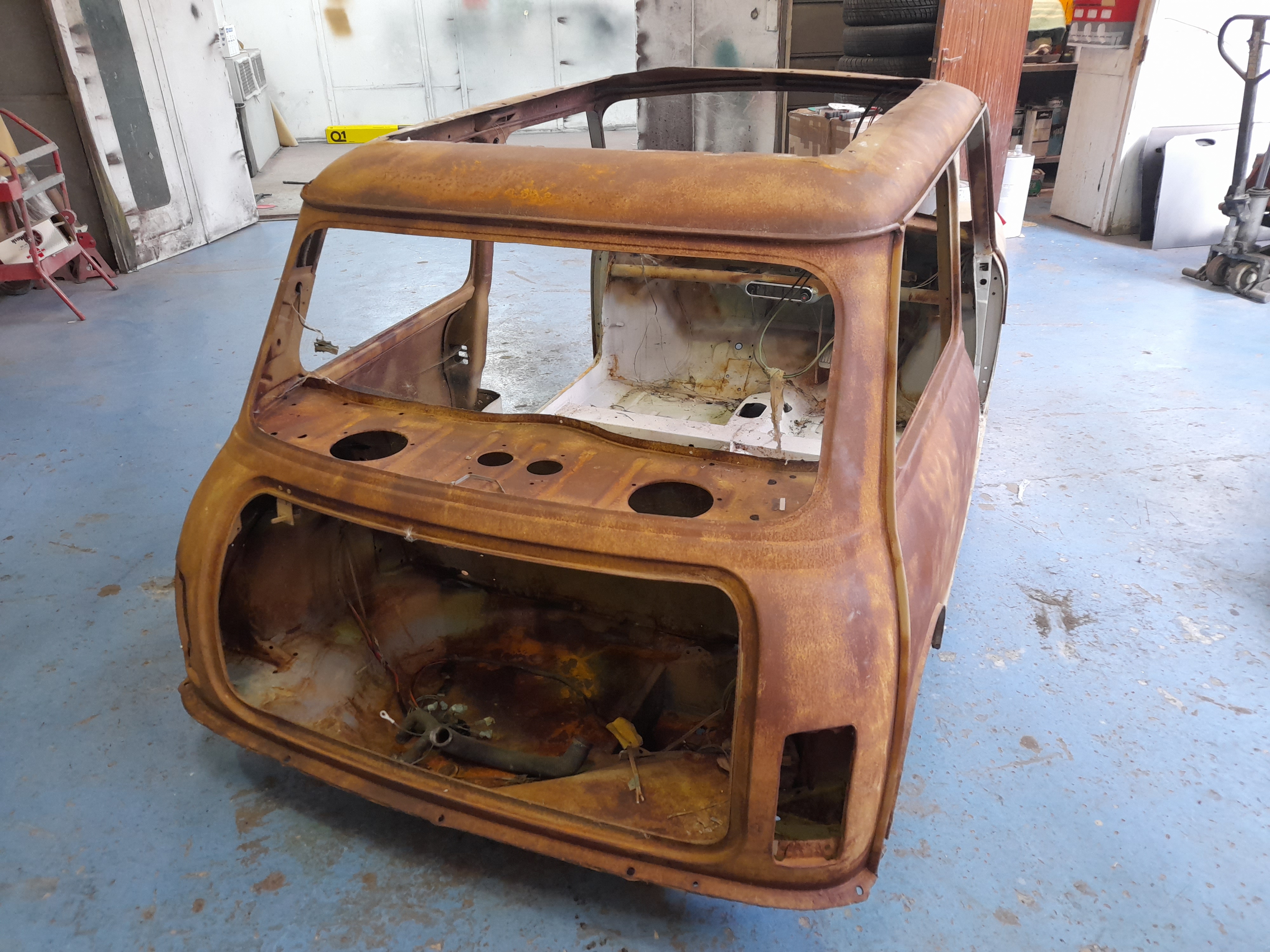 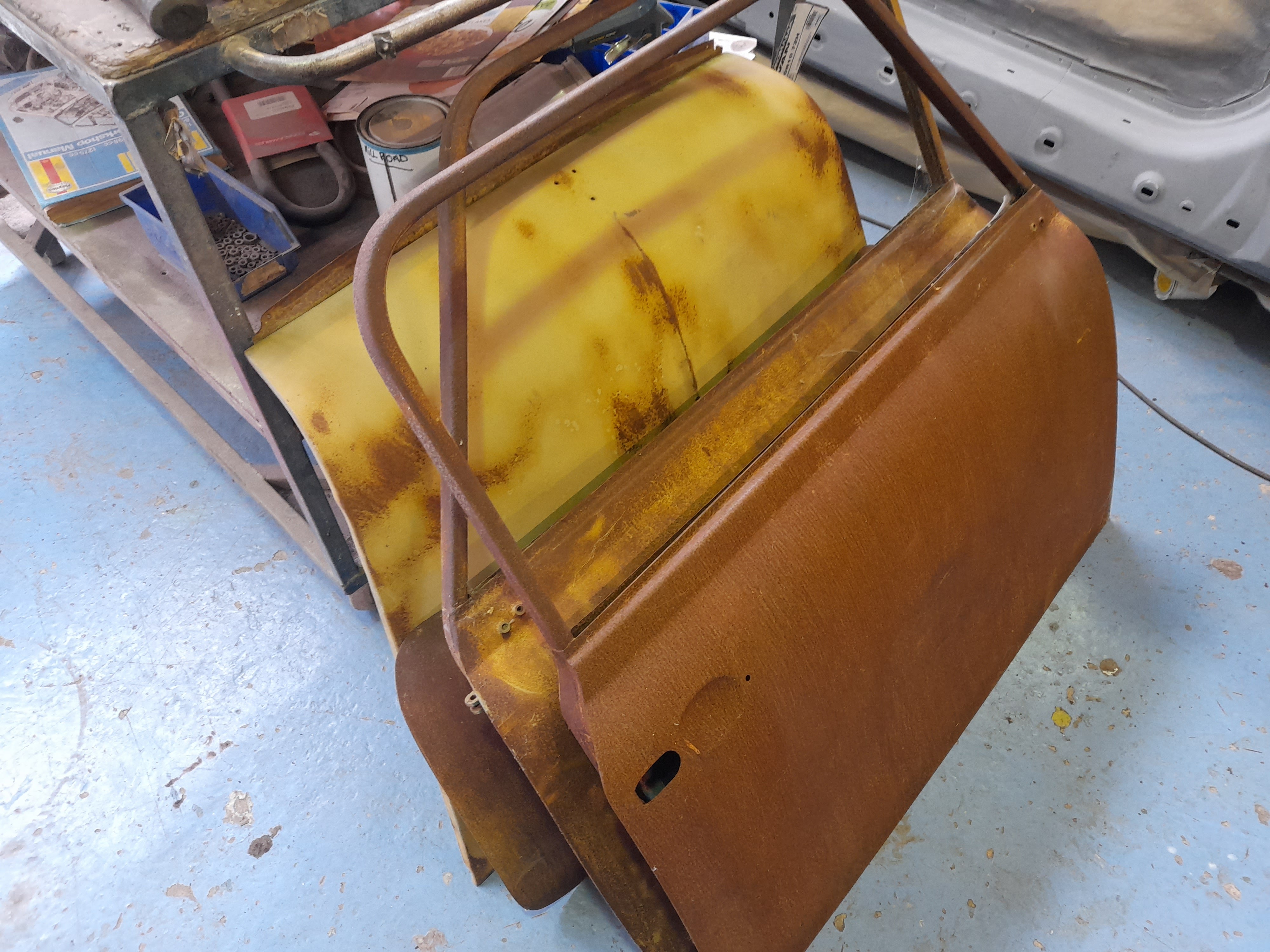 Lots of surface rust from being stored outside so we decided to have it sand blasted.

It now looks like this and is ready to start repairs. 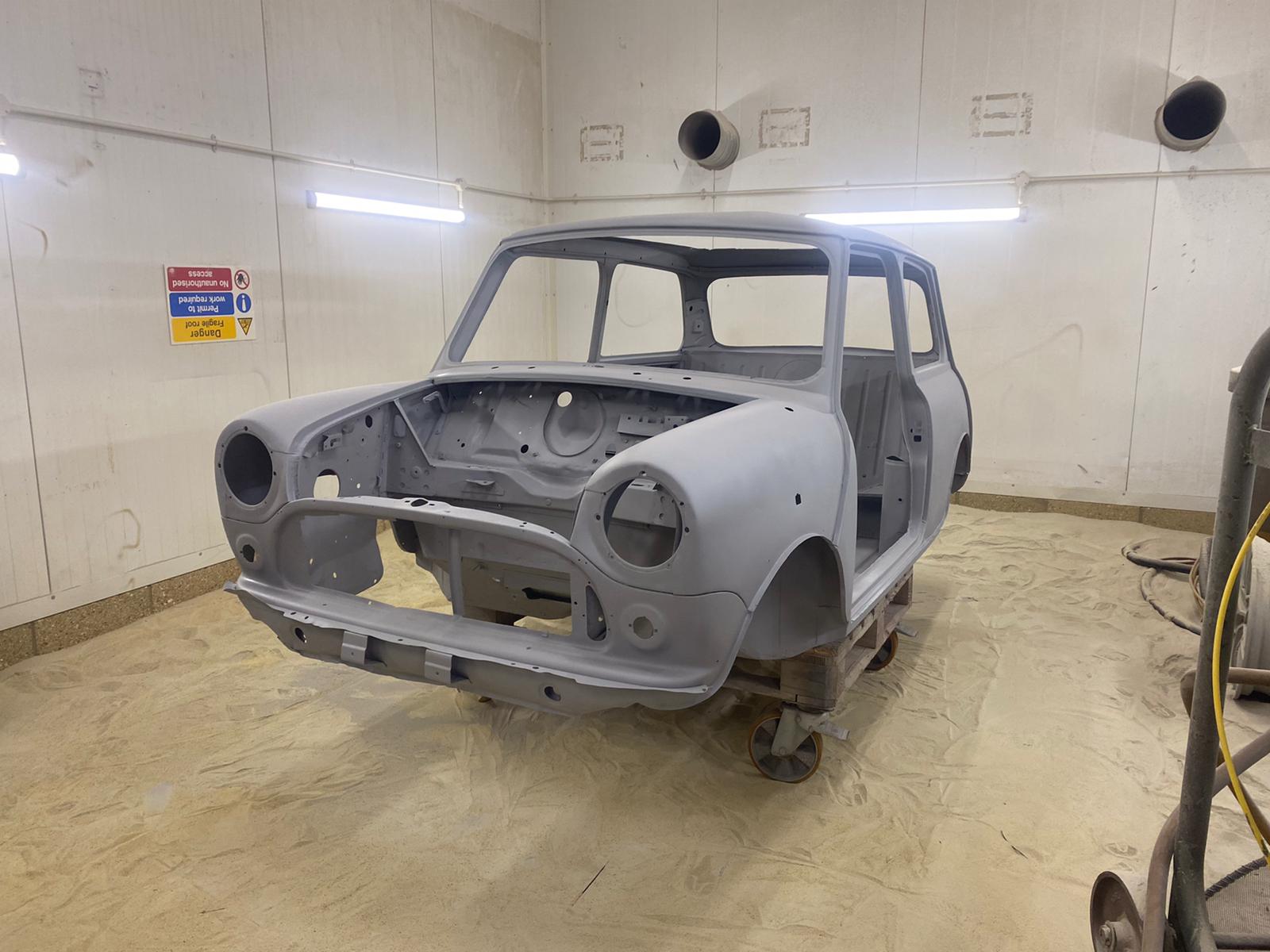 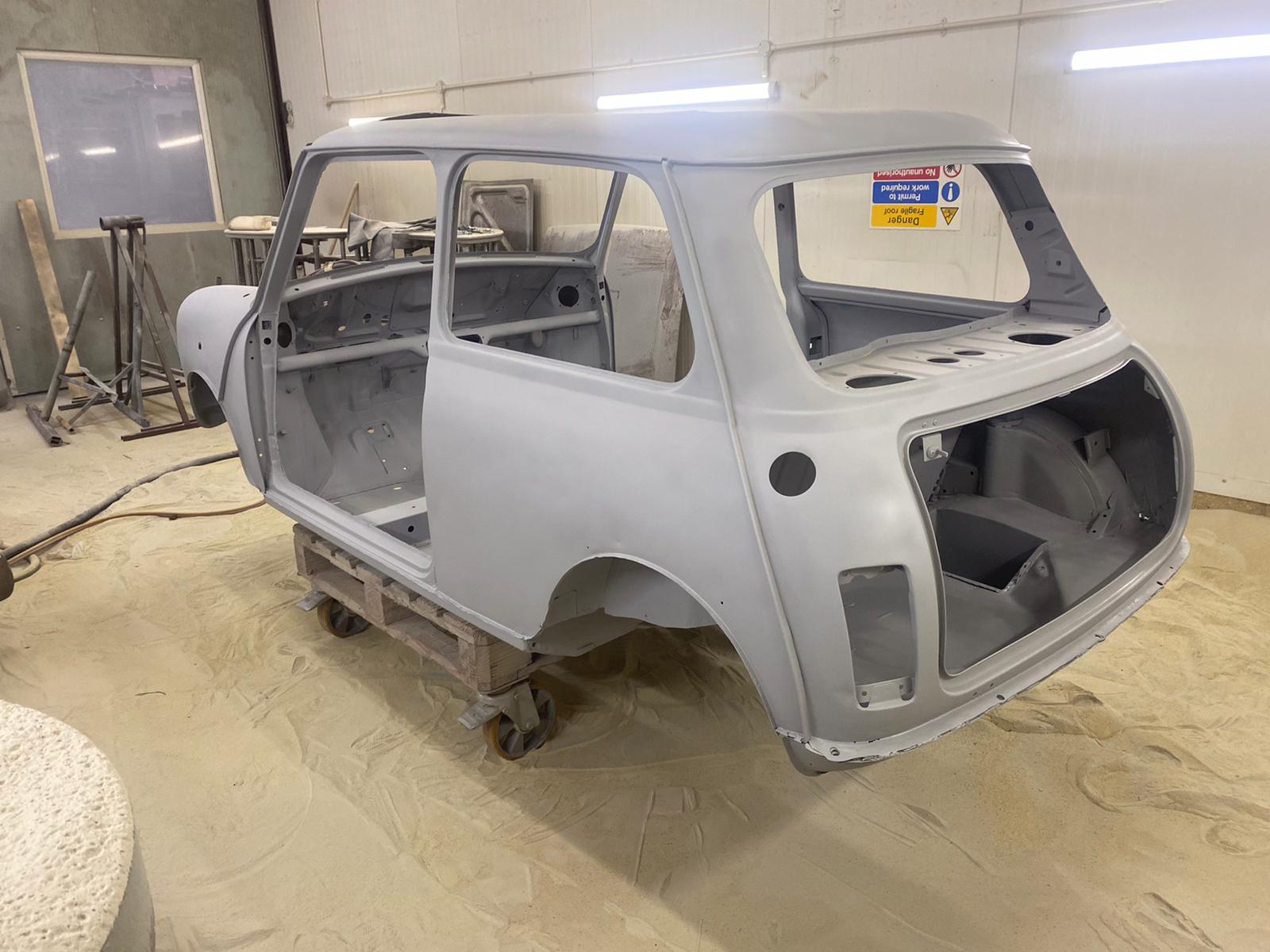 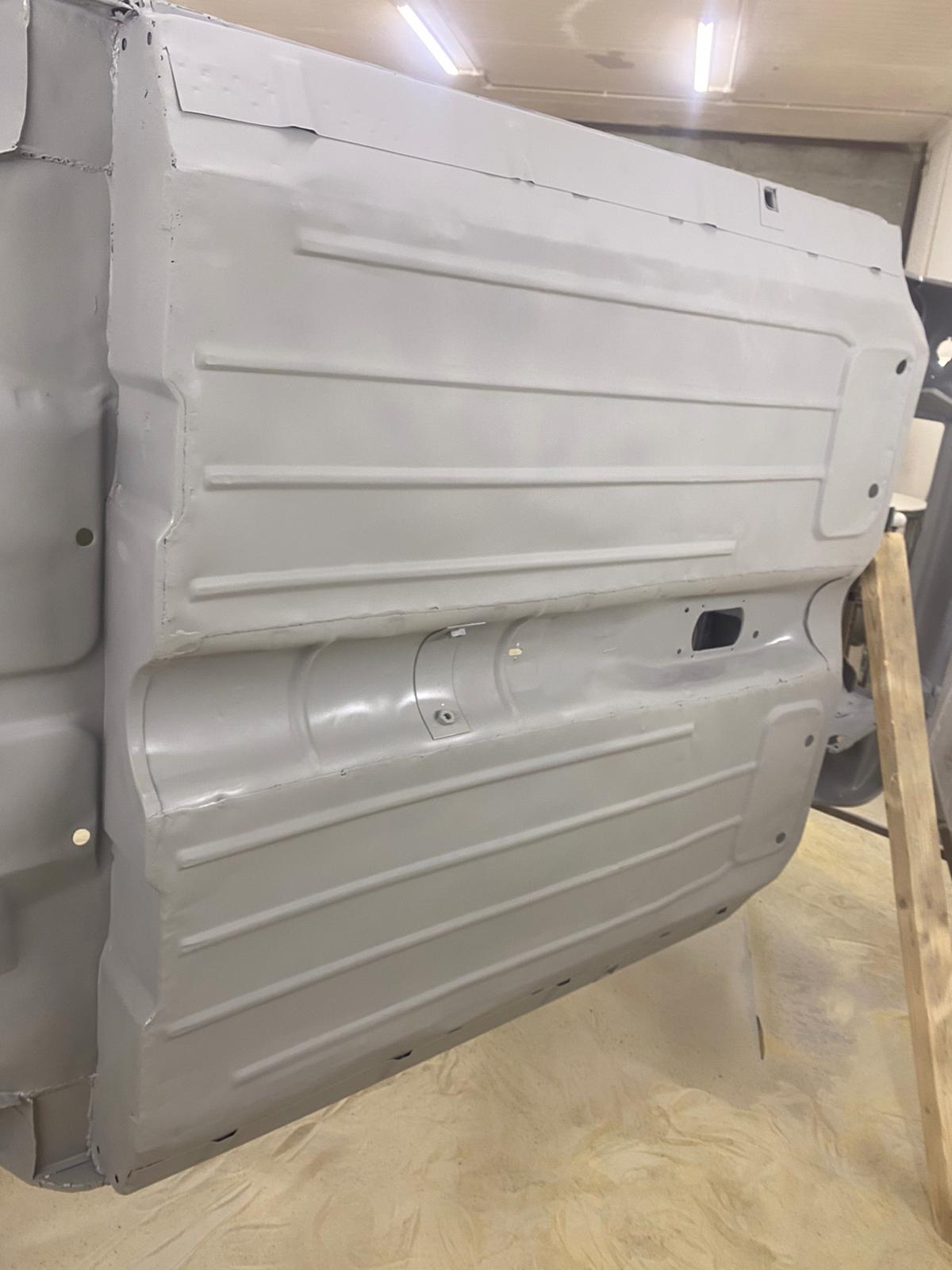 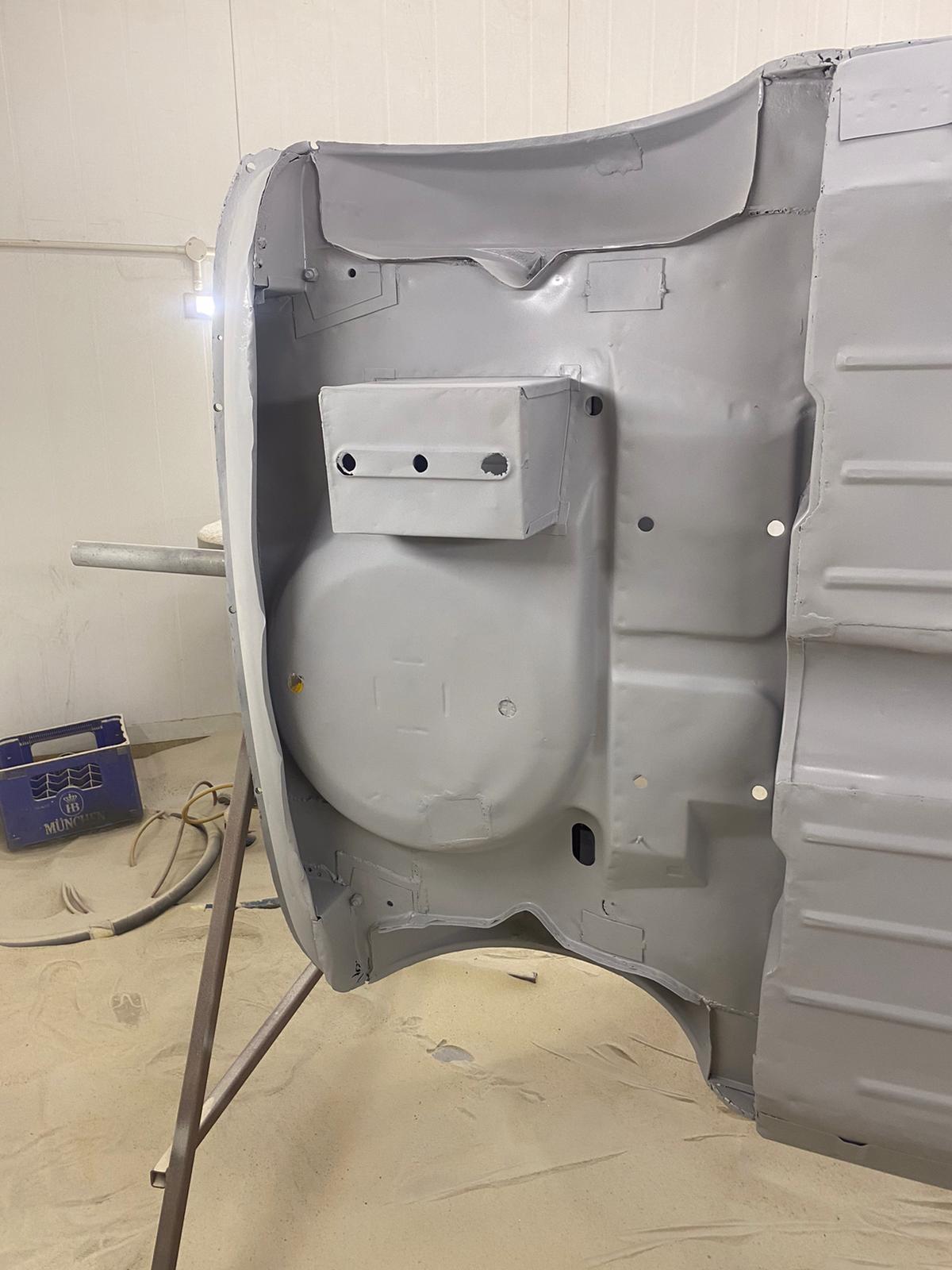 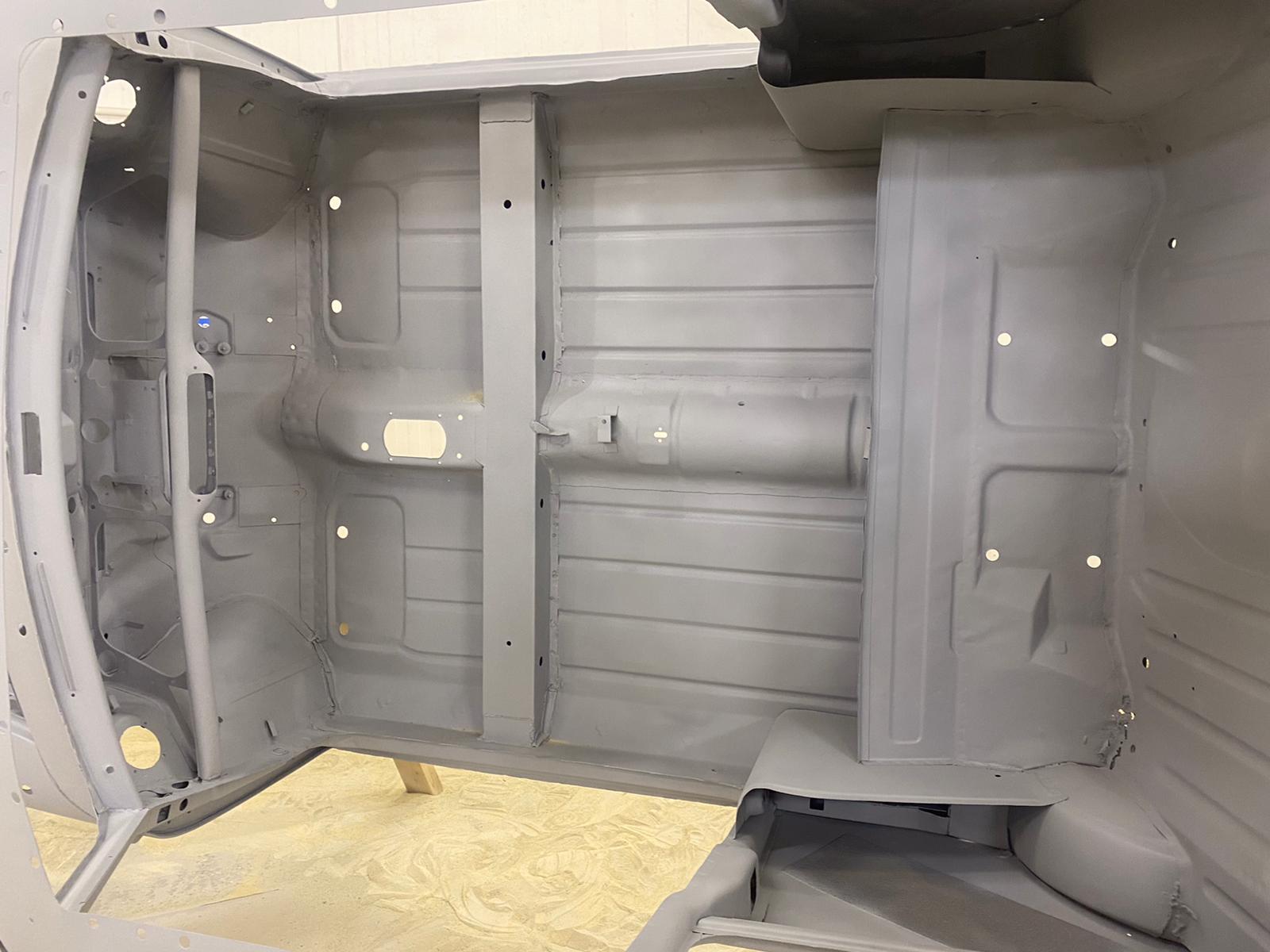 Now rust isn't a big issue with this shell. It's more to do with the quality of the repairs and it's fairly battered from being stored badly.

The door skins are fairly wobbly, as are the quarter panels.

The front panel whilst not rusty is quite bent from being knocked about.

I think as a bare minimum, it will need

Back end of one inner sill inside companion bin tidying

Bits on the boot floor

Bonnet is good if a little battered

There are going to be other bits but I'm after an idea on value so hopefully I don't have to go into too much detail just now.

It has incorrect earlier floor halves fitted and early style sills. They are fine but have been fitted and welded from the outside which is a little odd but are solid. The remains of the old front floors are still attached to the inside of the toe oard and can probably just be removed if you aren't too fussed.

Parts wise, I have pretty much everything including the electric webasto with new material to recover it

Both subframes in excellent condition and powdercoated.

I think all of the running gear which is fine although has been painted badly with red paint.

All glass, most of the trim. All the correct original seat covers which have been removed from the frames. Frames are present.

Most brightwork and lights

boxes and boxes of new and original parts, some upgraded such as Kad quick shift, alloy rad poly bushes etc

I would day at least 90% of the parts are here and most are sorted, bagged and labeled And in good condition.

I dont have the time to make a list unfortunately.

Of course arrangements can be made to make this happen as it's currently with the engine builder.

It may be available separately to the car

How much can he expect to get for this?

Thanks for taking the time to read my long post!

I'd have to work that one out

I Have quoted the current owner to do the minimum required to get the shell solid and the refinish it inside, outside and underneath in old English white with a black roof ready for reassembly.

If it was to be done fully to the best standard, I would replace the floor and the boot floor, stick a pair of quarters and door skins on it.

Then it would be great.

You could get it rolling with the parts here as they are but they wouldn't look great in the peeling bright red paint so they really need stripping and repainting.

It really depends on how far you want to go really

Forgot to say, I think it has new brakes all assembled onto new back plates etc, has a set of 5 12 Rover minilites.

I'll get spme photos of the parts and add them here.