30 replies to this topic

I'll do my best, though many of the pics that were shot were from passers by , fans and hangers on. Most of the high res press stuff has been seen over and over and carry very heavy reproduction charges.

I may already have some of the candid / fans shots you're talking about - I've picked up loads via Google and Flickr in recent months. Often very grainy but quite revealing in period detail. One shot in particular springs to mind which although not brilliant is extremely rare in itself - a wishy washy pic of George's psychedelic Radford S parked on the drive in front of Macca's house in Cavendish Avenue, which was published by Tracks some years back. There are several around showing glimpses of the same car in all over black before George had it repainted, parked up at Abbey Road whith George arriving for night time recording sessions for 'Sgt. Pepper'.

New images of the Lennons and their Maxi emerge

The Liverpool Echo has revealed some fascinating new images of John Lennon with Yoko Ono, and children Julian and Kyoko, taken during one of their final visits to Liverpool. The pictures show the family enjoying their trip in an Austin Maxi – surprisingly modest transport for a pop star at at the height of his success.

The Story of Two Phantoms

J P Fallon Ltd delivered Phantom reg No FJB 111C, to Johns Lennons house on May 25th 1967. The paintwork which was originally black had been painted yellow and decorated overall with a Romany inspired floral design. Marijke Koger part of the collective artists kown as The Fool had suggested he paint the Rolls in the same style as The Gypsy caravan that he had at his home in Weybridge.

Fallons engaged local artist Steve Weaver to design and paint the new finish for the car. The car was delivered just days before the release of The Sergeant Pepper Album and seemed perfect for the "Summer of Love".

The car was eventually shipped to the United States when John moved to New York in 1971.In 1977 Lennon donated the car to The Cooper Hewitt Museum as part of a deal with The U.S. tax authorities. In 1985 the Museum. auctioned The Phantom. It sold for a staggering $2,299,000, a world record for an item of Rock n Roll memorabilia. A year later it was gifted to The Province of British Columbia and The Royal British Columbia Museum.So now Canada is the custodian of the worlds most famous Rolls Royce. It is very occasionally loaned out to other museums.

P Fallon Ltd took delivery of Phantom reg No FKJ 349C on September 6th 2014. Nicknamed Lancelot, the car had been stored for over 20 years clocking up a mere 1000 miles since 1994.

The car had been stripped down to bare metal and painted Garnet over Black. Rolls Royce specialists Overtons were then commisioned to rebuild the engine with several upgrades.

The interior was removed and trimmed in red. The black interior of John’s original car we felt was too dark and red suits the 60’s feel far better!. The ashtrays are solid silver with 18ct gold Rolls Royce insignia.

The exterior artwork was applied by Artists Paul Karslake ,Rob Collard and Josh Green. Firstly, the artists started with a base coat of yellow, then the gypsy floral pattern was painted on by hand. The glaziers then tinted the windows in the same way as they did on the first Phantom creating a lovely contrast between the black glass and the yellow bodywork. Last but not least Peter Morris who worked on John’s original car painted the wheels.

Being sticklers for detail, we even tracked down the same four badges John had on the front grill of his Phantom including The Variety Club of Great Britain Badge. Even the tax disc dispalyed on the windscreen expires in December 1967!

Fallons then fitted a sound system which any Rock Star would be proud of!

On December 19th 2014 the Phantom left the workshop in London, and for the first time in nearly 50 years John’s original vision of The Rolls Phantom can again be seen on the streets of Britain and Europe.

"In 1968 I was working as an apprentice when Johns car came into our workshop in Gardners corner London. The car had been curbed with scratches along the side. My job was to retouch some of the flowers and the rest of the design on the near side.

On Fallon's version of the car I have hand painted The wheels in the exact way it was done back in 1967."

"If you would like to see the transformation of our black Rolls Royce Phantom into a tribute to John Lennon's Psychedelic Rolls, please take a look at our gallery where you will see photographic documentation of the whole process. It was a long and winding road, but the results are second to none!"

Never-before-seen images of The Beatles in 1968 (with Mini's)

Ringo sitting in his Radford Mini with George Harrisons Mini parked in the background.

Rare photos below of John Lennon driving his Radford.

They jumped into Lennon’s Mini and drove to Harrison’s Surrey bungalow, Kinfauns – adorned with psychedelic murals – to find George sitting on his lawn, playing the guitar. It was here that Mr Herring captured his series of evocative images.

"A CHAUFFEUR-driven Rolls-Royce carrying members of the Beatles was caught speeding in Bushy Park.

The car clocked a speed of 48mph as passengers Ringo Starr, Paul McCartney and John Lennon attempted to escape a Mini full of teenage girls that was following them.

The Rolls was owned by Mr Lennon, who lived in St George’s Hill, Weybridge at the time."

Stella McCartney went out for a drive in George Harrison's Mini recently......

Quote:
"Mr Harrison's mini... olivia, thank you for the ride of a lifetime! X Stella"
Scroll down for more....
https://www.facebook...cartney/?ref=nf

Is that 18 CRX? If it is I did several rallies in it after the 'works' sold it to Paul Easter who sold it on to a guy named Peter Barker.

By co-incidence, a different Peter Barker also owned an ex-works car, 977 ARX, and my son did a rally or two with him in that car.

Swinging Sixties fashion sweeps the Revival as Beatlemania hits Goodwood!
"Beatlemania is going to hit Goodwood this September in a big way, as the Revival brings Swinging Sixties London to life in its inimitable style (September 13-15).
Rarely seen coachbuilt Mini Coopers once owned by Beatles Paul McCartney, George Harrison and Ringo Starr will be on display at the event, as part of a celebration of 60 years of the Mini. The Beatles’ manager, Brian Epstein, bought each of the Fab Four a Mini at the height of their fame in 1966, and had them customised by coachbuilders Radford and Hooper to suit their individual requirements. For example, Ringo’s was a hatchback to accommodate his drum kit, while George’s was given a ‘Tantric’ colour scheme.
Unfortunately, the fourth car in the set – the Mini belonging to John Lennon – won’t be on show, because its whereabouts are unknown. Goodwood invites anyone who knows where it might be to come forward!
On display alongside the three Beatles’ cars will be Cilla Black’s Mini. Before she became the doyenne of Saturday night television, fellow Liverpudlian Cilla was good friends with the Fab Four, shared their manager, Brian Epstein, and was signed to the same record label, Parlophone. She also recorded her early records at Abbey Road Studios with producer George Martin, just like the Beatles, so it is entirely appropriate that her Mini should take the place of John’s missing car."
https://www.goodwood...hits-goodwood2/

George Harrison's Radford Cooper S is soon to be reunited with Ringo Starr's and Paul McCartney's Mini Coopers for the first time in over fifty years at the Goodwood Revival!

Beatlemania at Revival 2019 – all you need is love, and a Mini

What do Mini Coopers and the Beatles have in common? Quite a lot, surprisingly, with the two set to feature in a ‘Swinging Sixties’ exhibit at Goodwood Revival this September 13 – 15  2019.

Can't wait to see these on Sunday. Not a fan of Georges but Paul and Ringo's have always been in my mind, exactly how a modded Mk1 should look!

See Page 7 in link below below for an article on the recent restoration of Ringo's Radford Mini:-

(Thanks to 'Spraybeater' for the link......also see his rare coachbuilt Oyler Contessa Mini Clubman on Page 33) 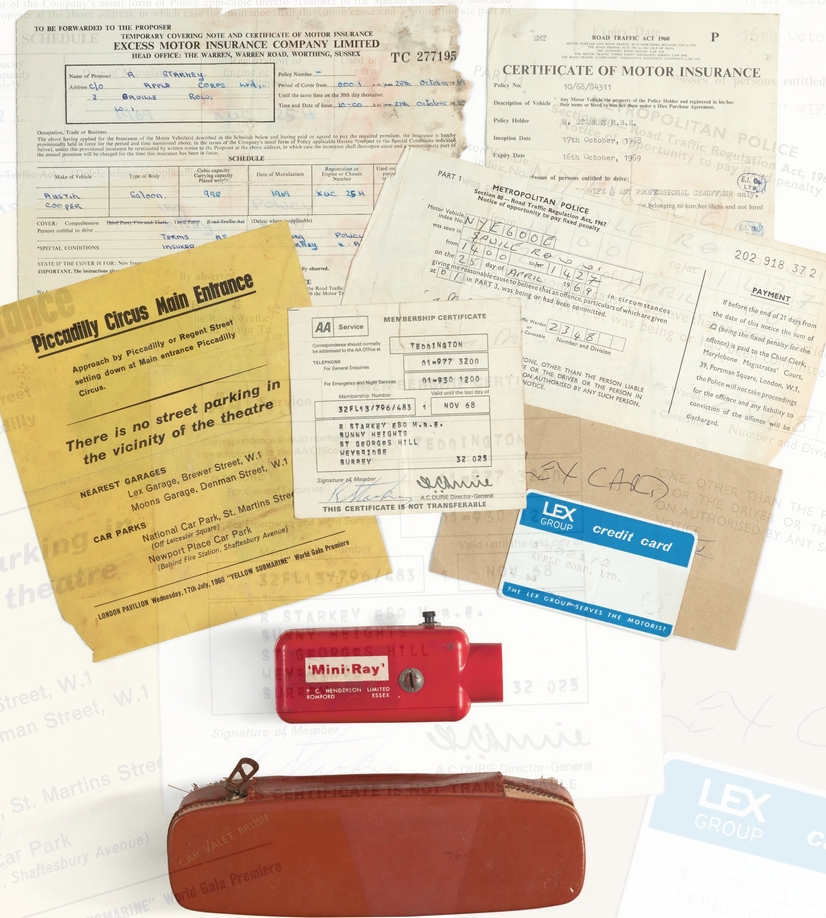 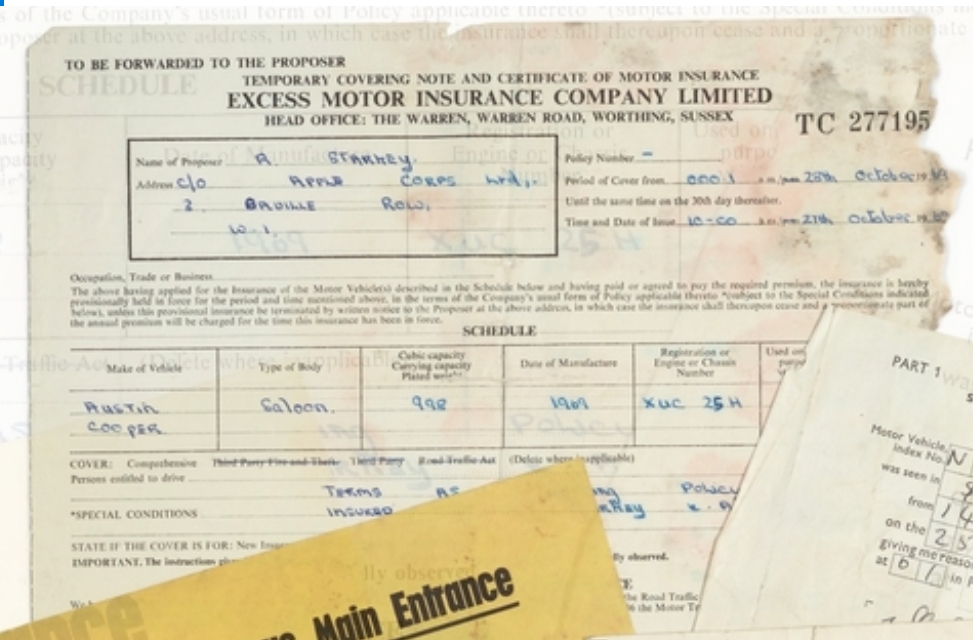 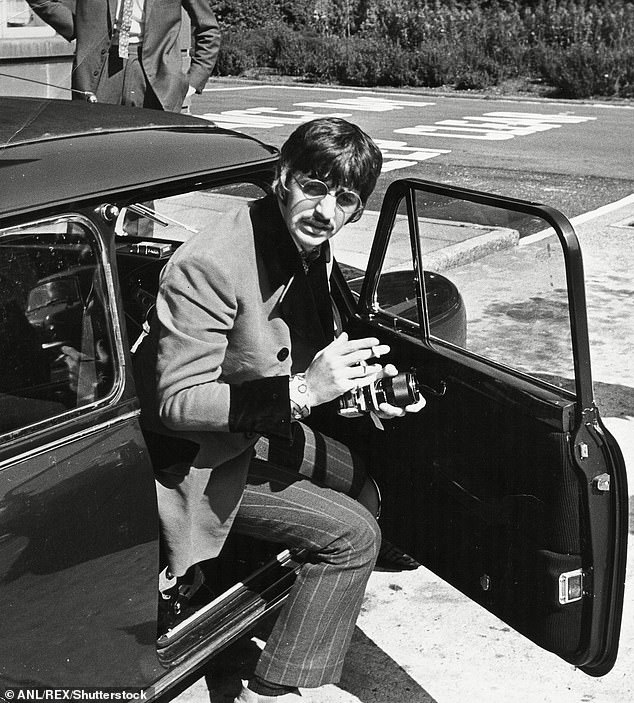 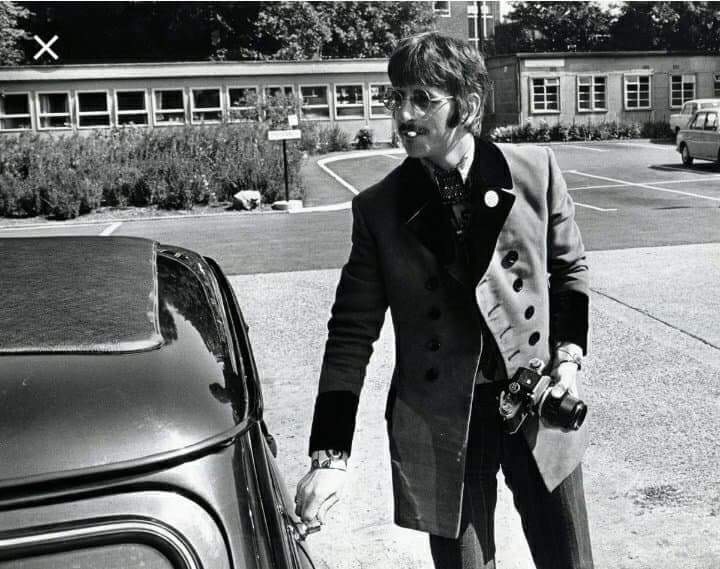 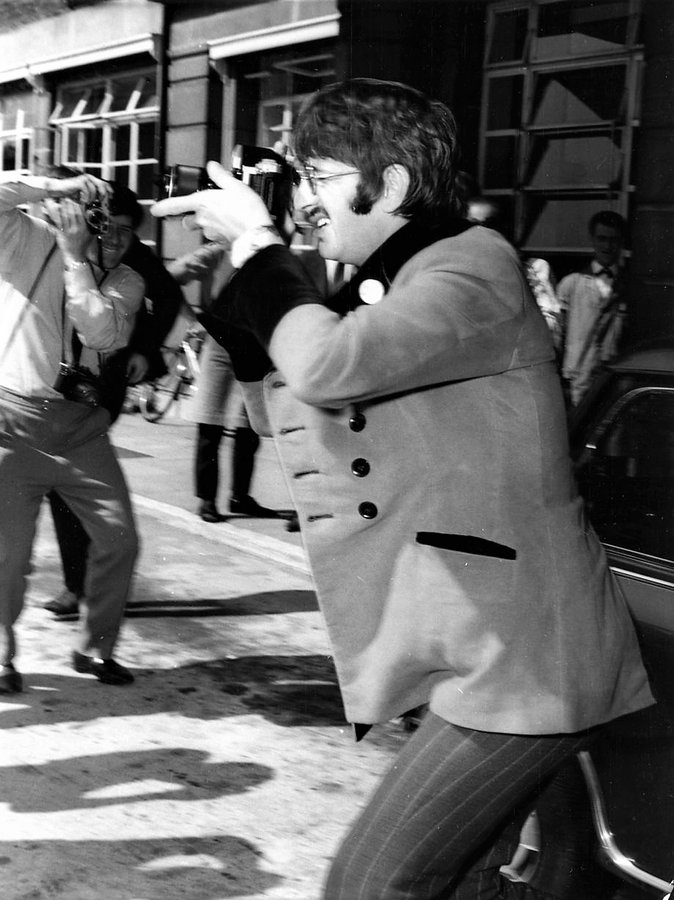