so did a bit more today, 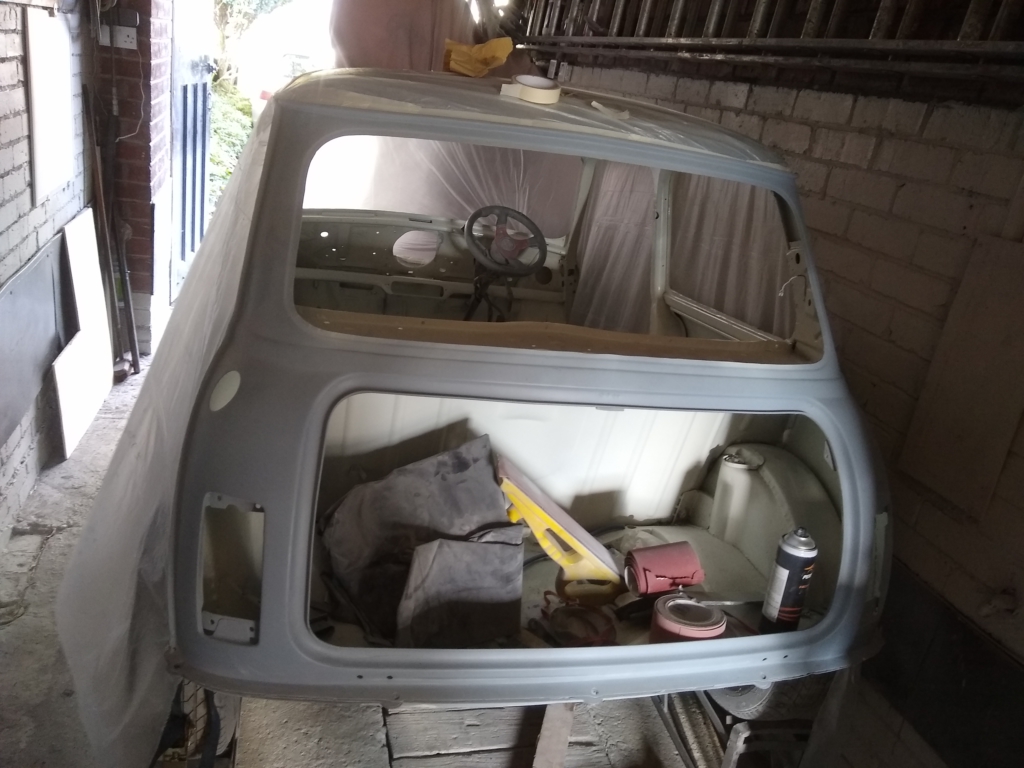 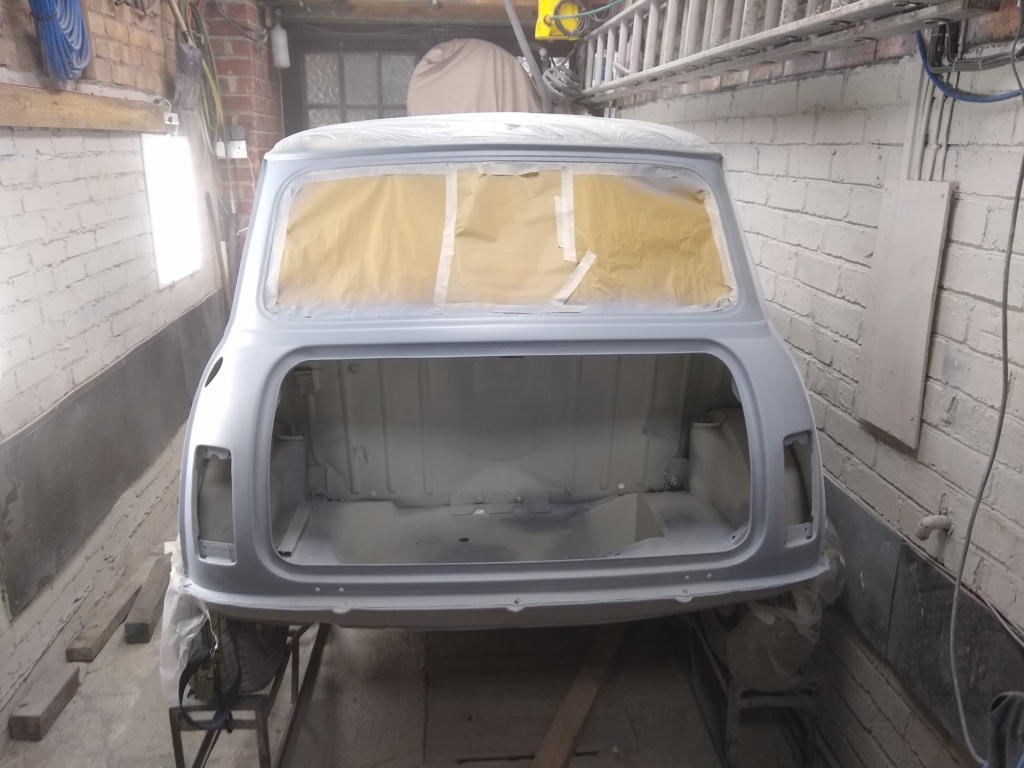 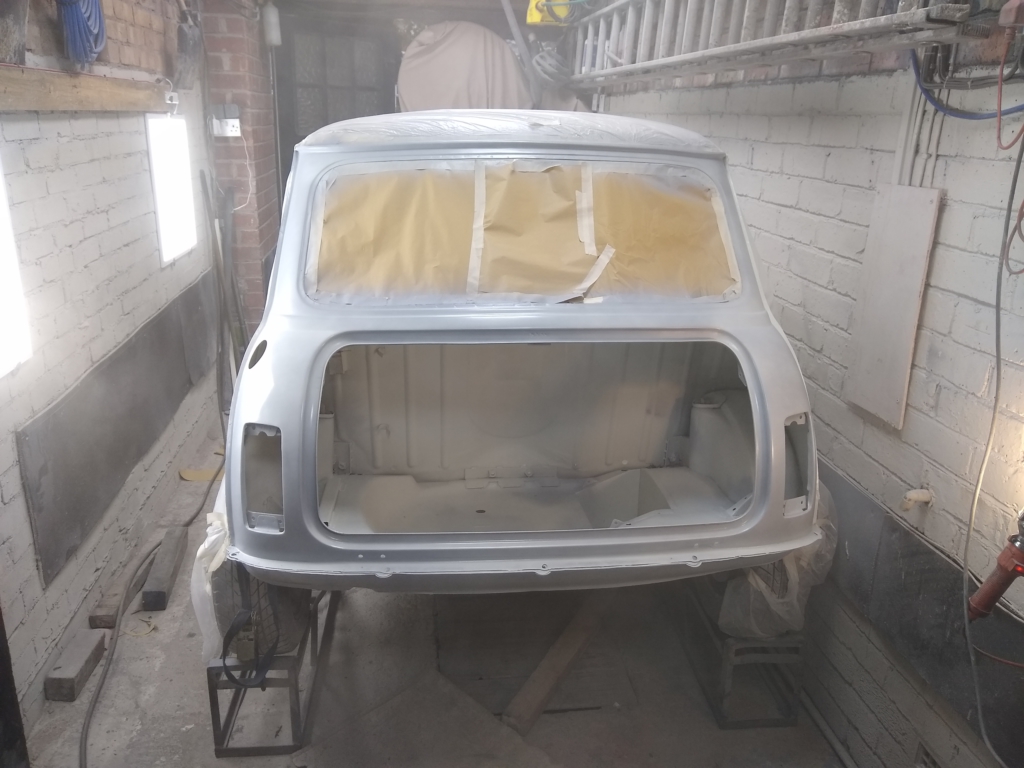 then i noticed this mark i hadnt quite finished just under the gutter. 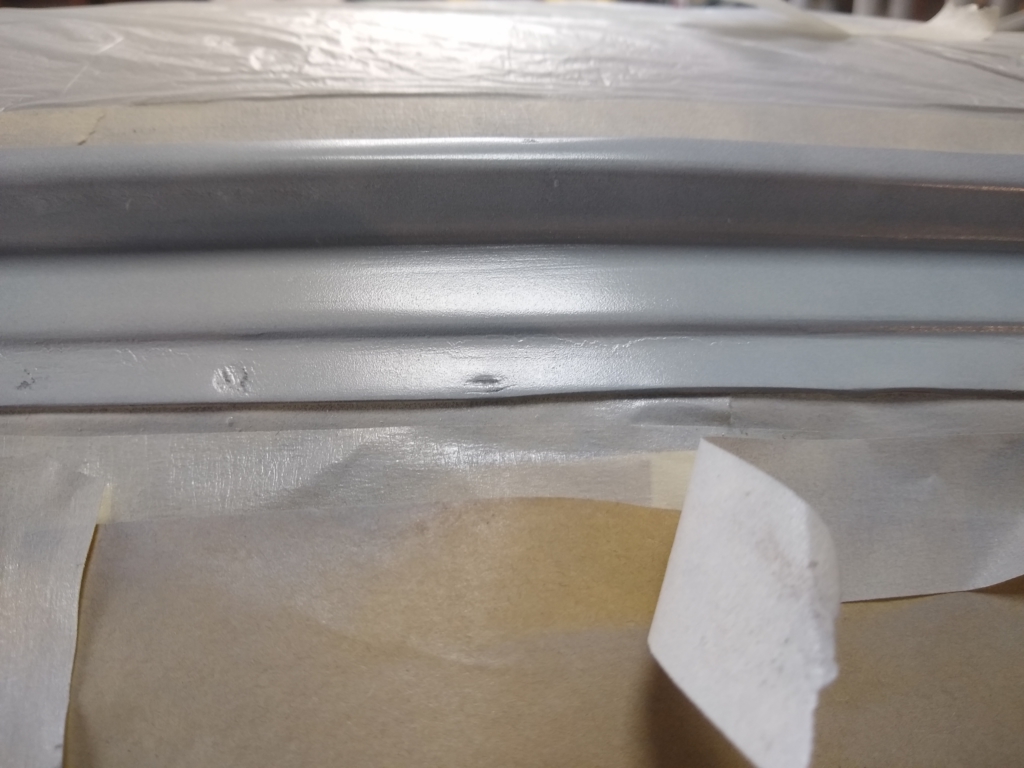 but i had the idea that i want to get the car painted for the winter, so if i have to a some little bits later on im not bothered. But as it turned out, the paint has hidden it quite well.

the only other problem was there was a few fish eyes by the filler. 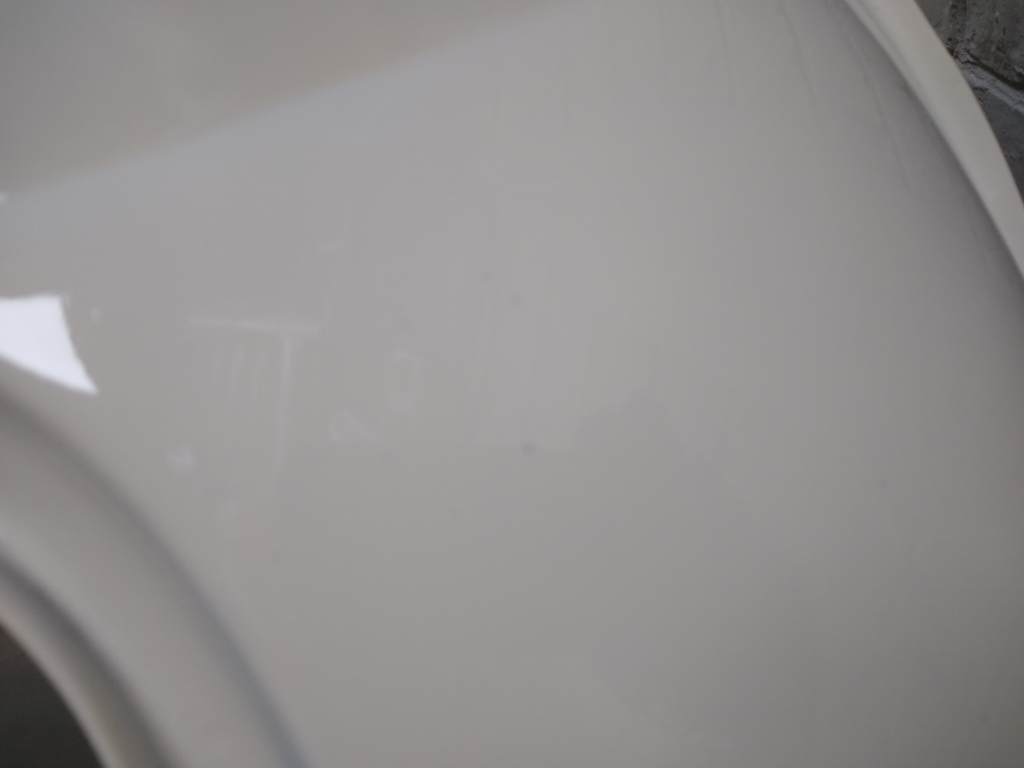 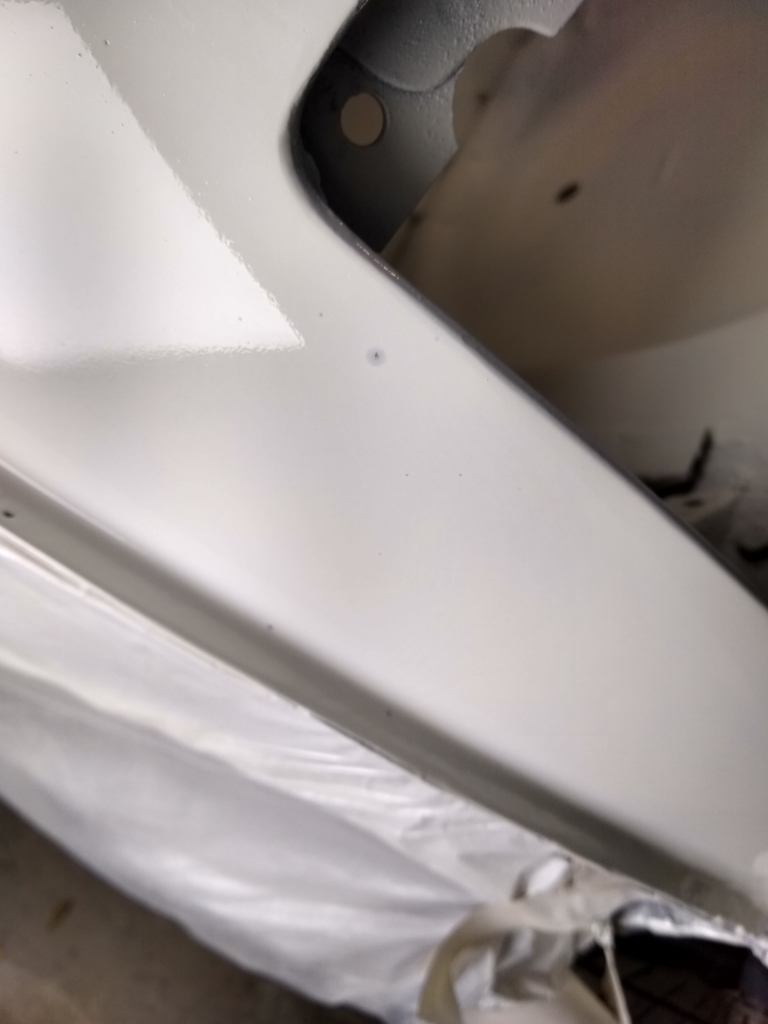 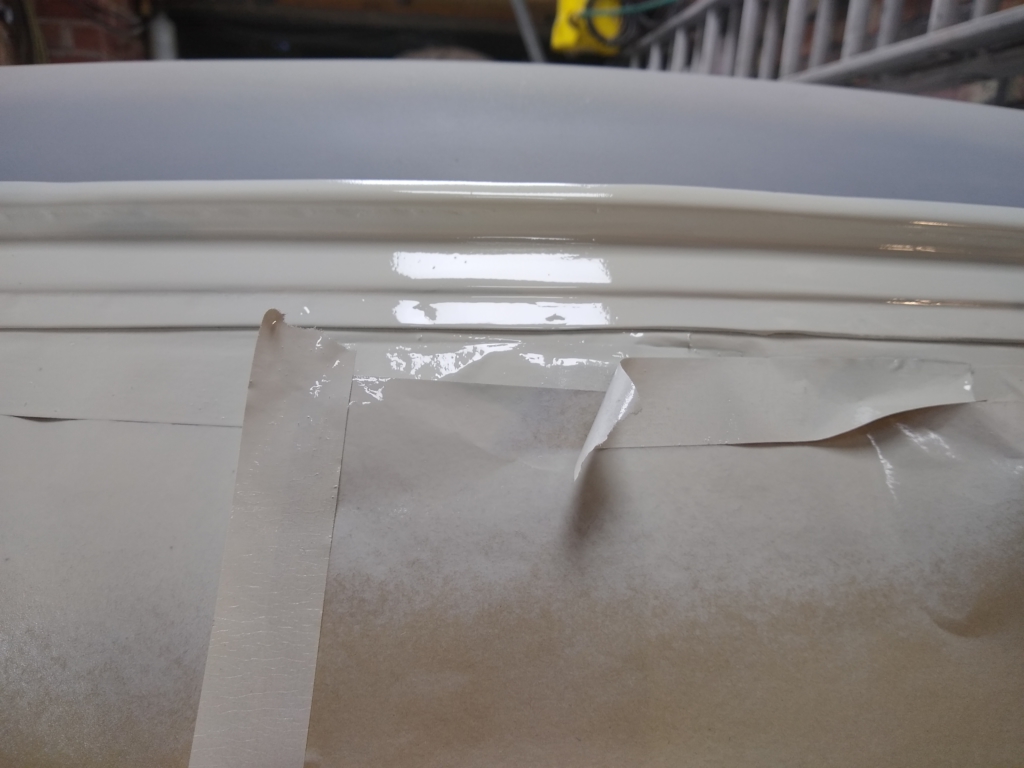 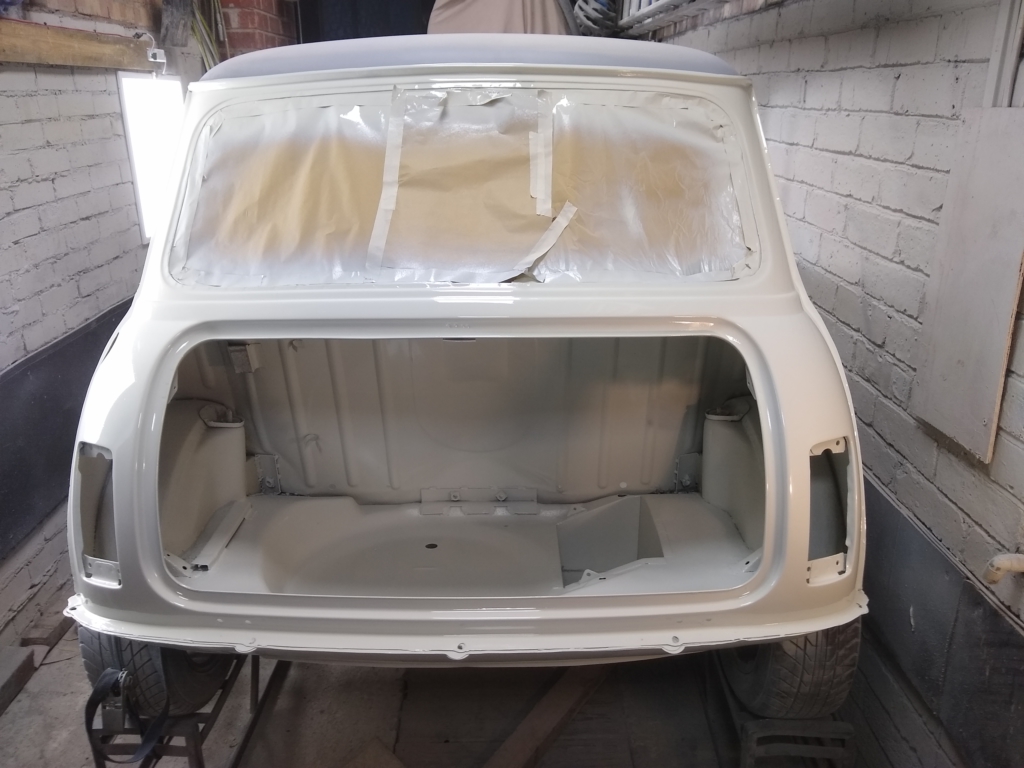 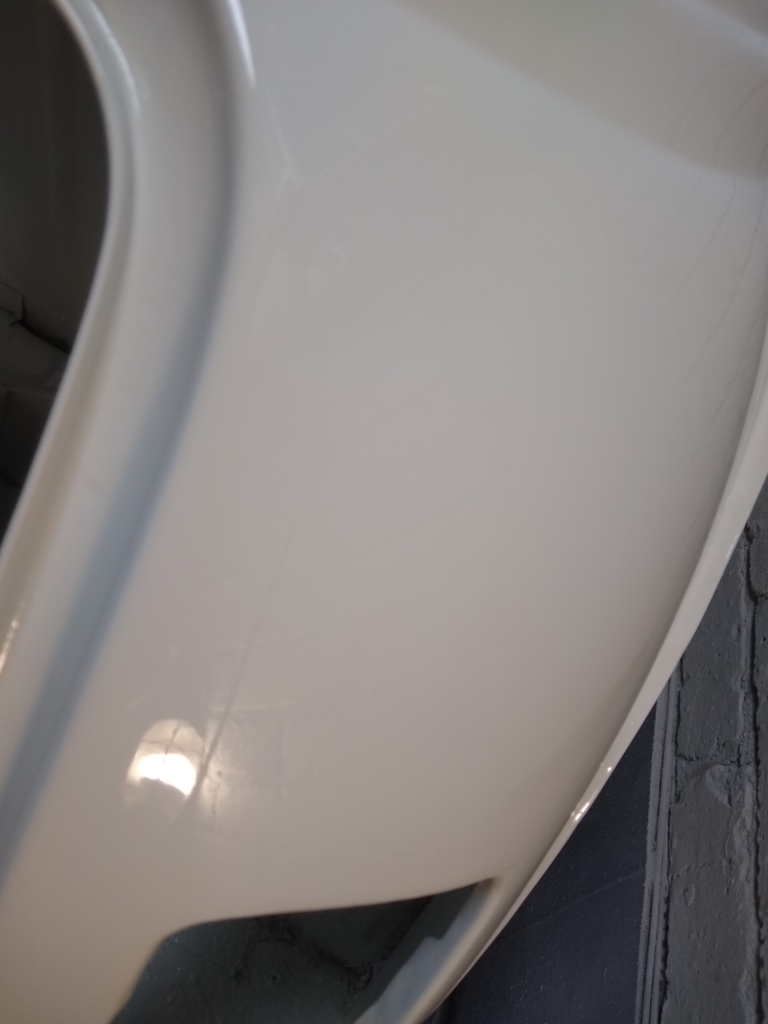 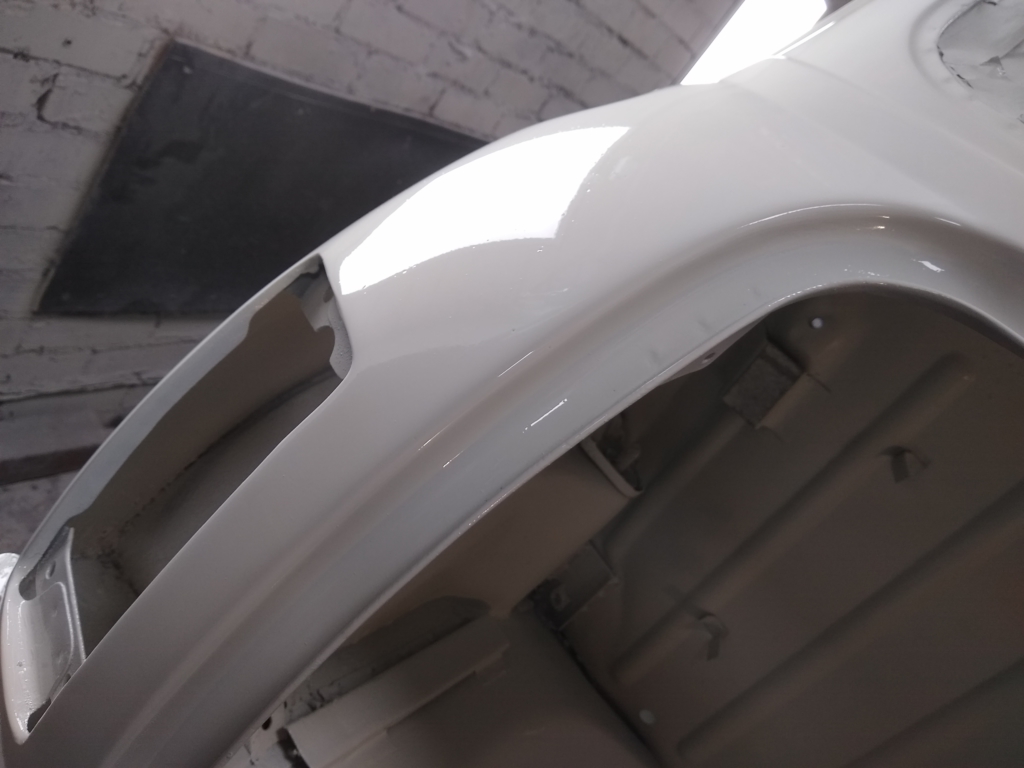 i could jsut toucht hem in later and flat if over, but i noticed also the rear valance has runs in it that go upwards! When i had the car upside down, i must hav put too much primer on it, and just not noticed ti when i was flatting it. Not a problem ill just do it again.

so to do in the boot, and the rear panel, i used 150ml of paint plus the hardener, side took 100ml, so did the engine bay. so the 2.5 ltrs i bought is lasting quite well so far! the gun also is a ebay £16 special, its really good to be fair.

What was the gun, just out of interest. 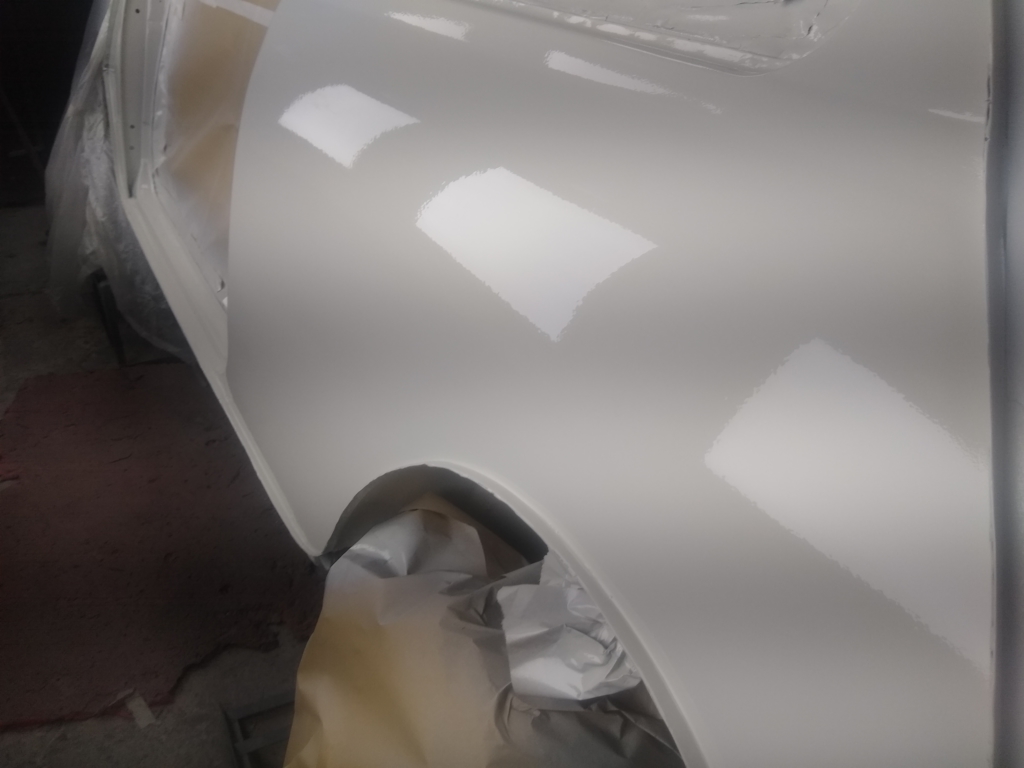 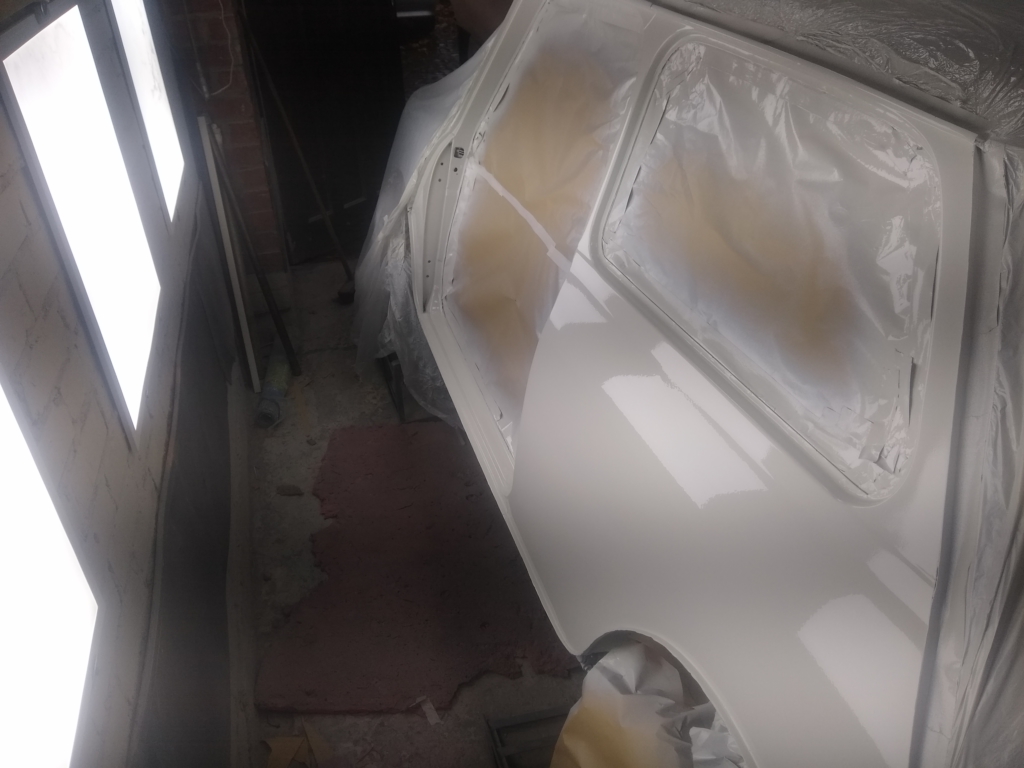 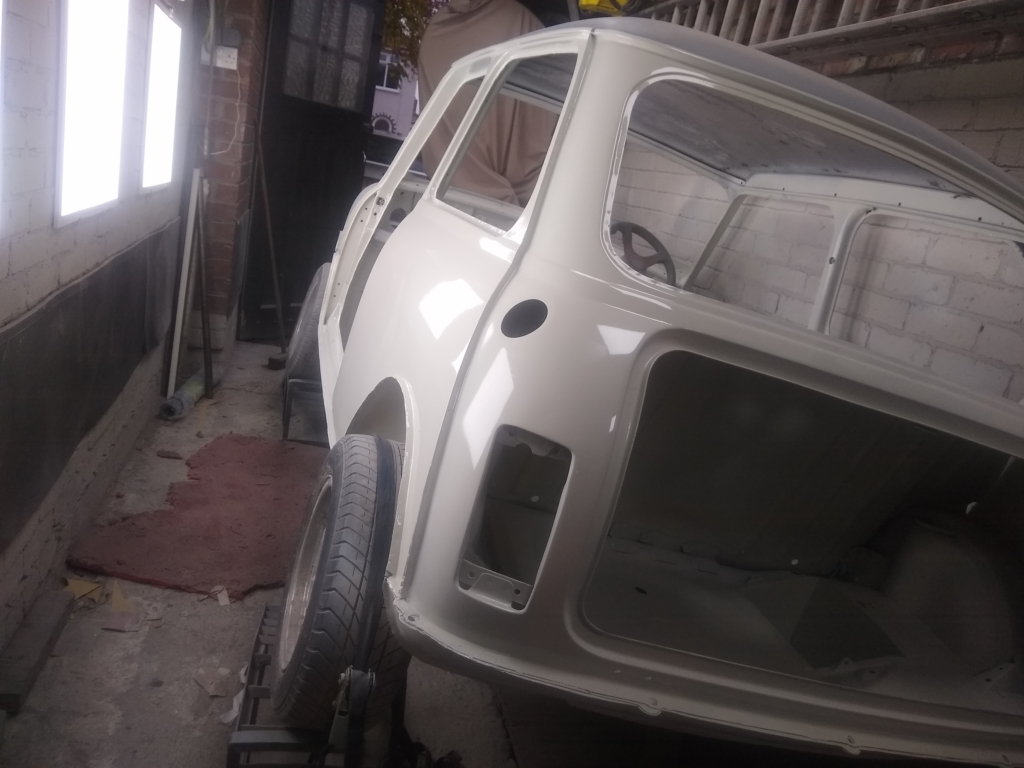 i thought i had put the paint on far too thick at one point and it would run, but it didnt! it looks really good considering where  i painted it. 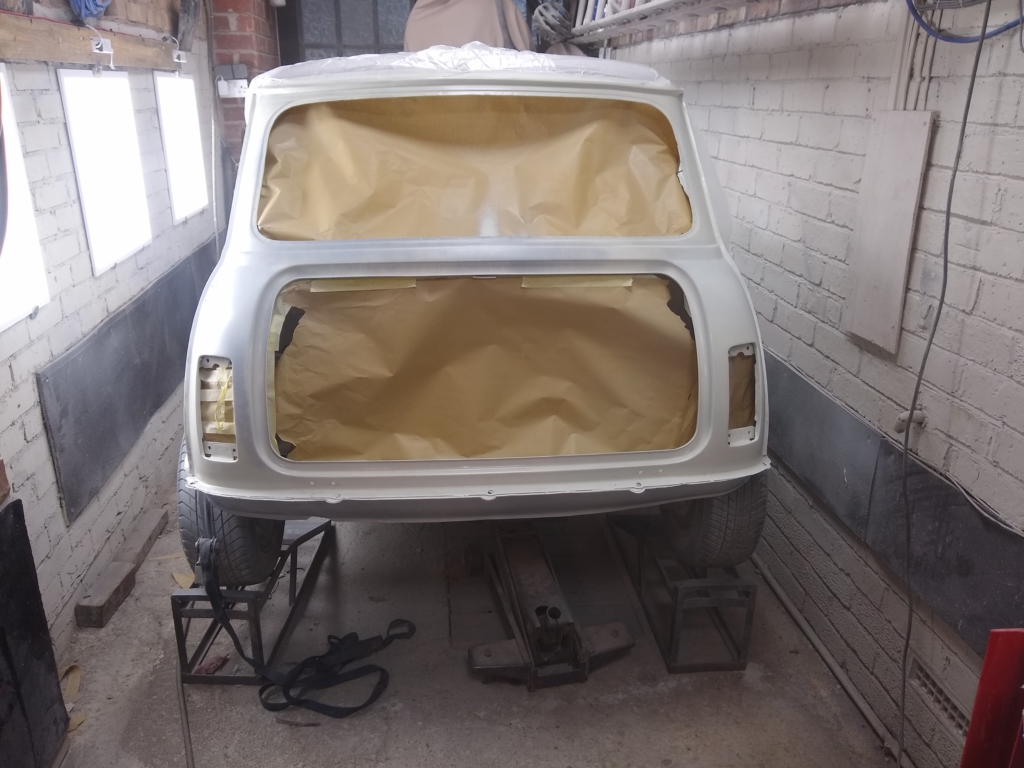 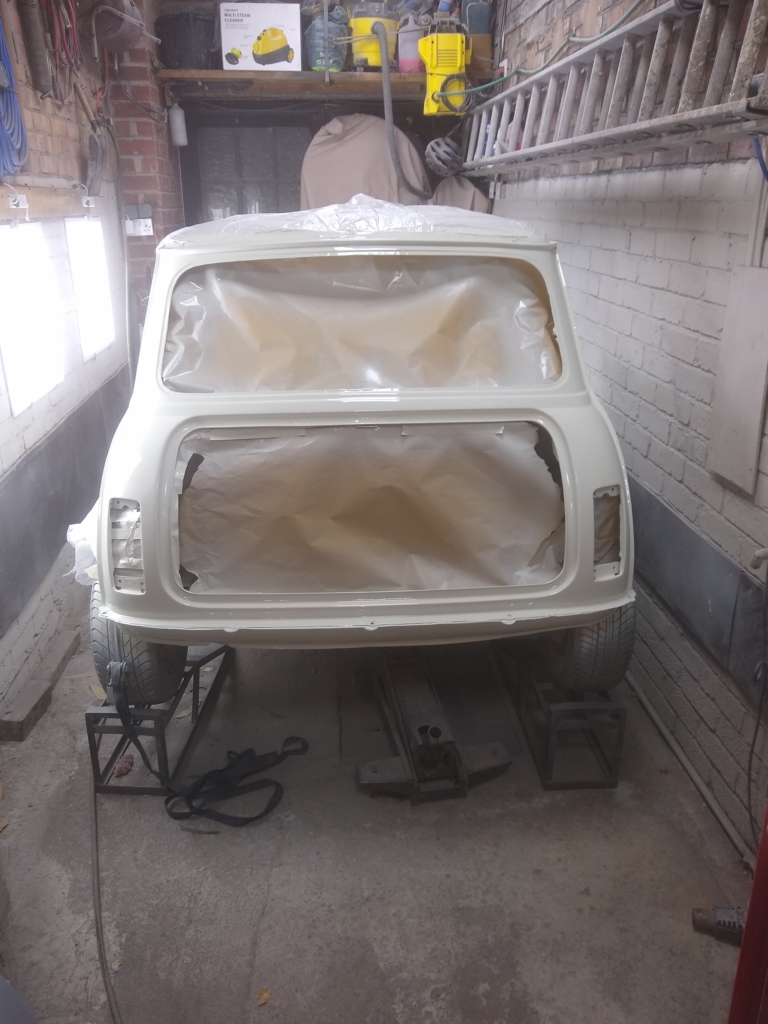 looks good, but i went out again to check it some 2 hours later, its going off nicely, but there is a few silicones in it again! They are both sides above the back light area. strange, not sure why. but i have bought some anti silicone additive from ebay and see what that does next time.

so front and roof until its all white, but i recon ill be repainting at least the drivers side again as i have marked it already. could do a blow in, not sure as yet. 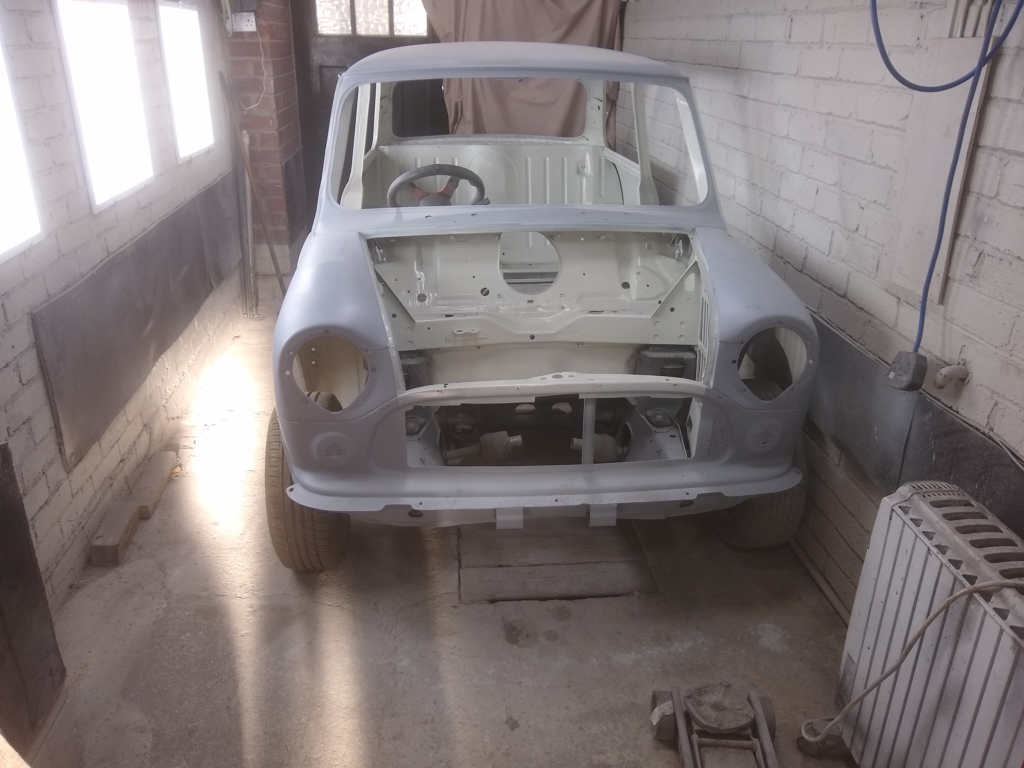 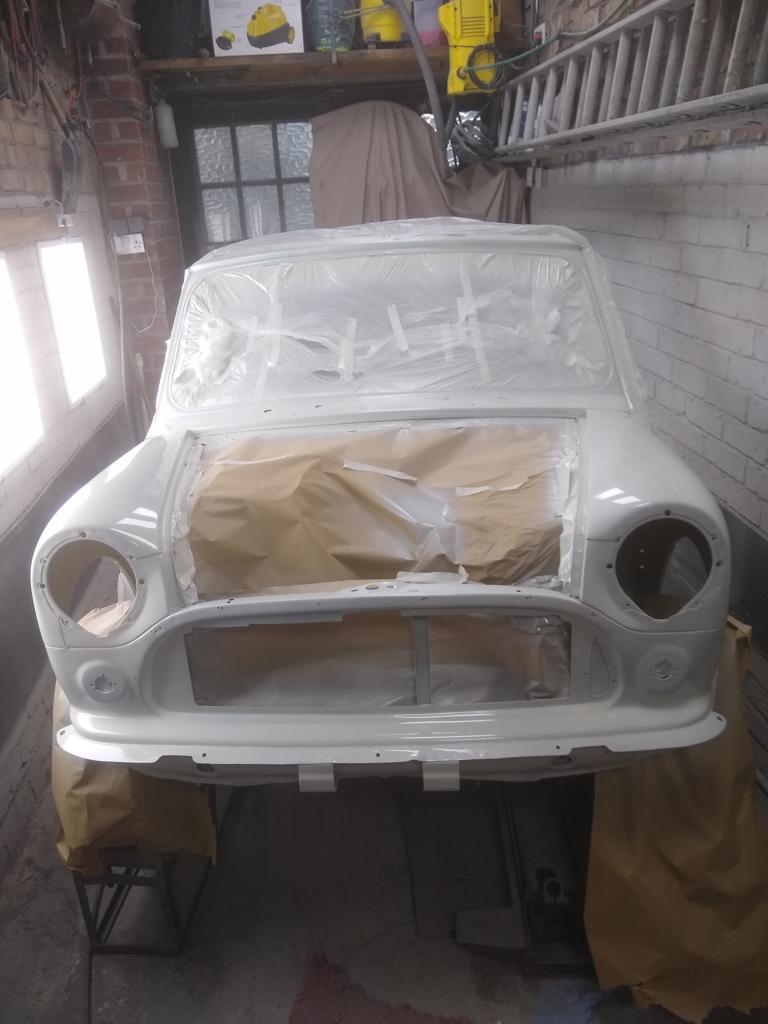 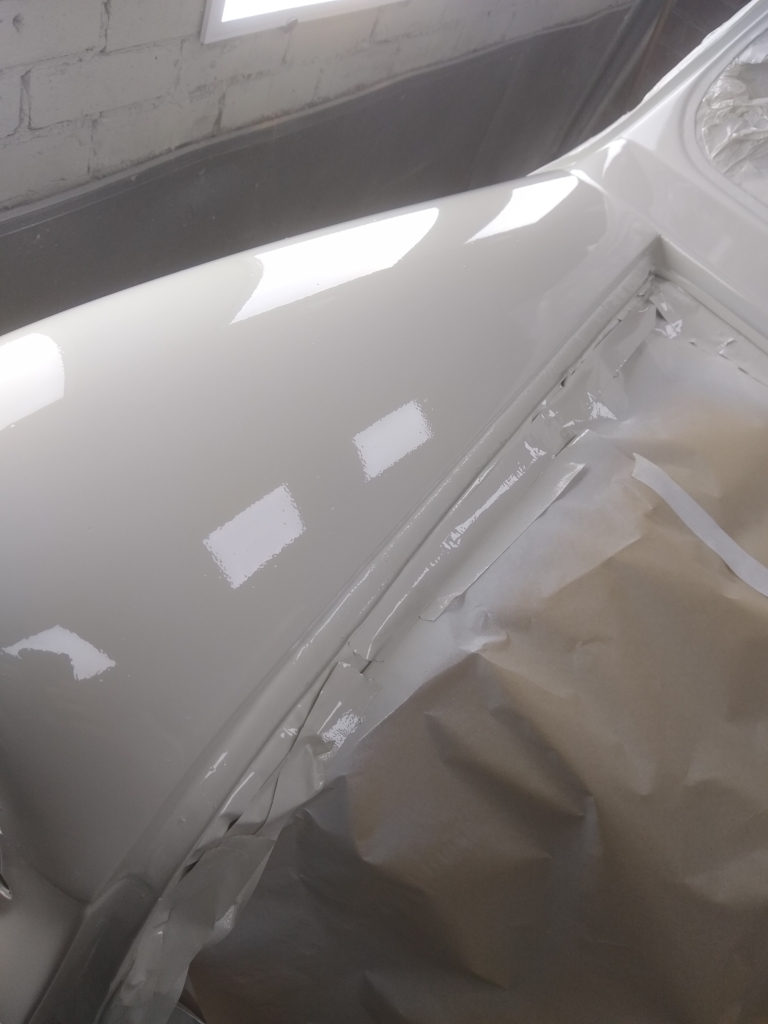 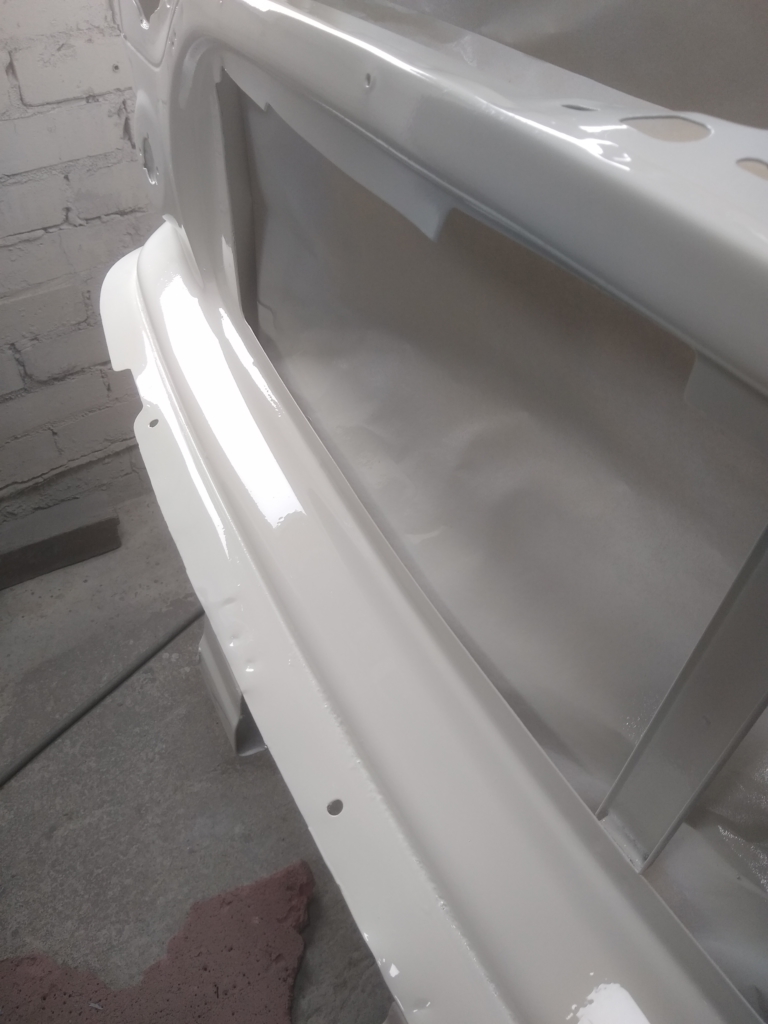 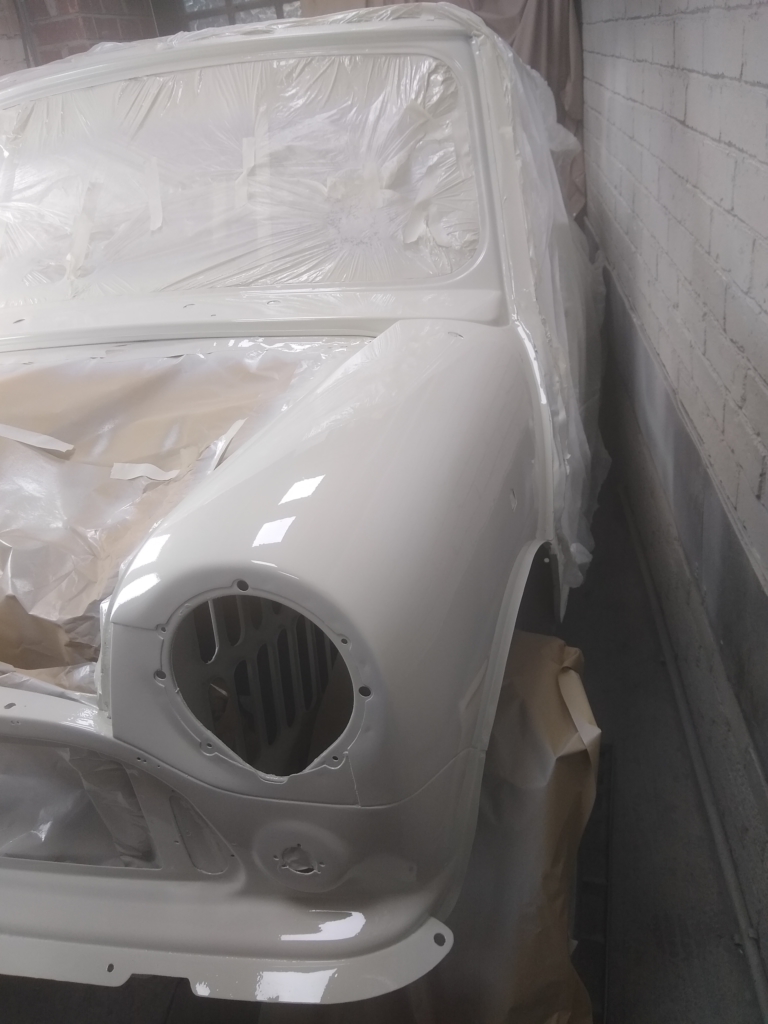 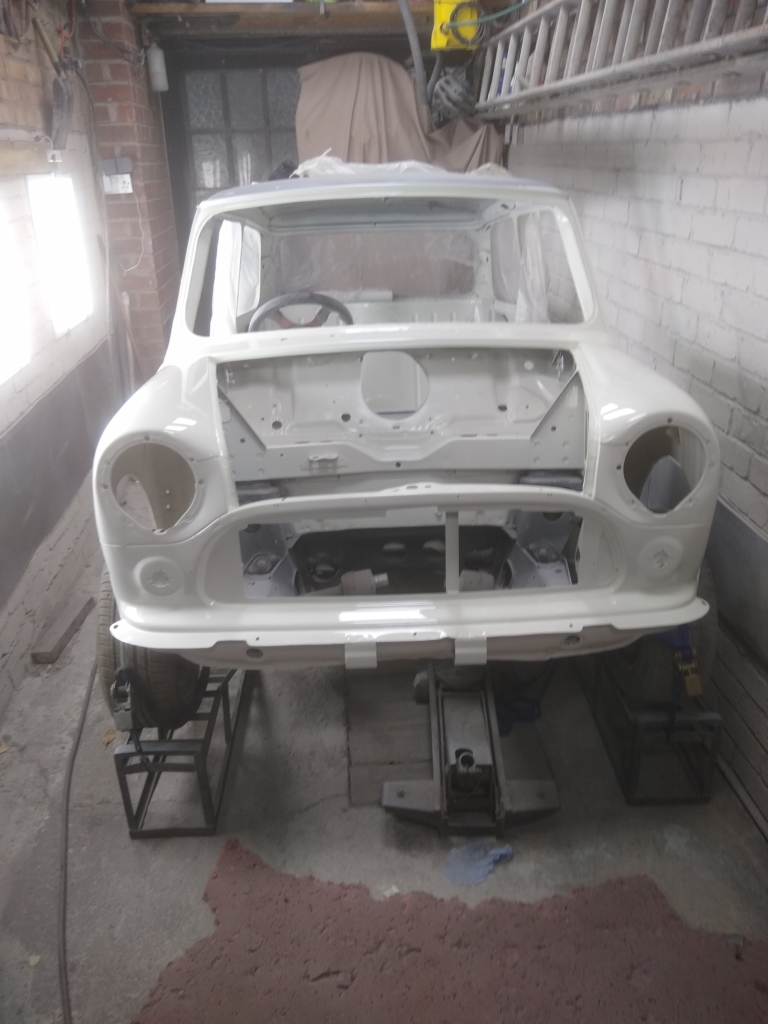 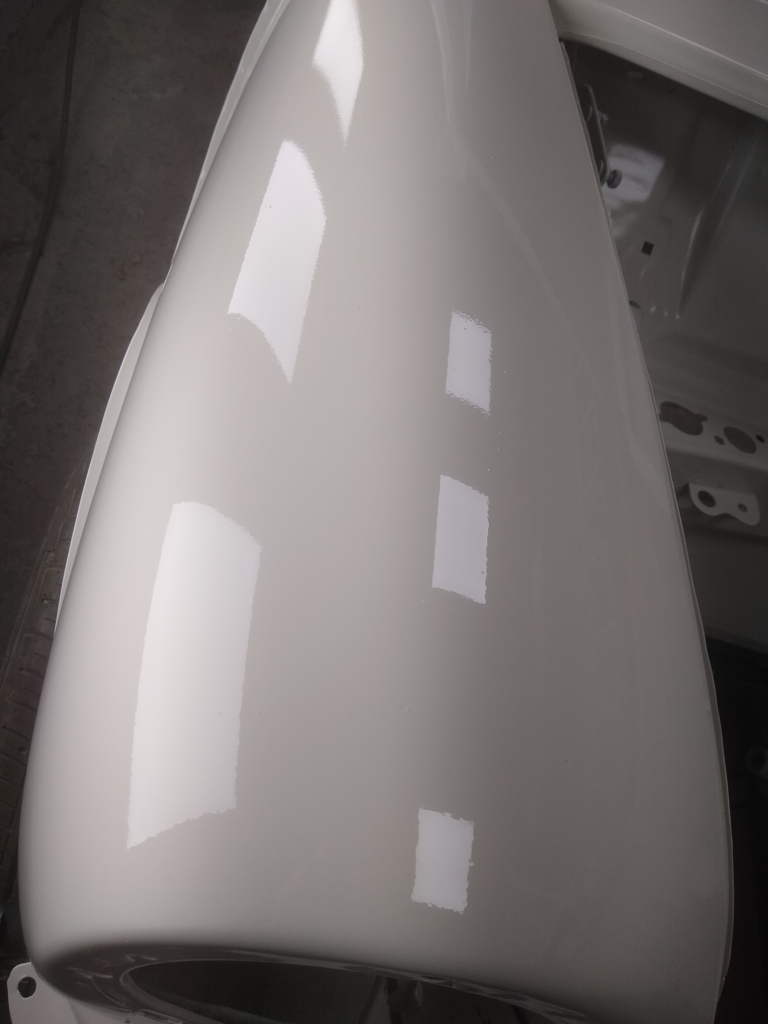 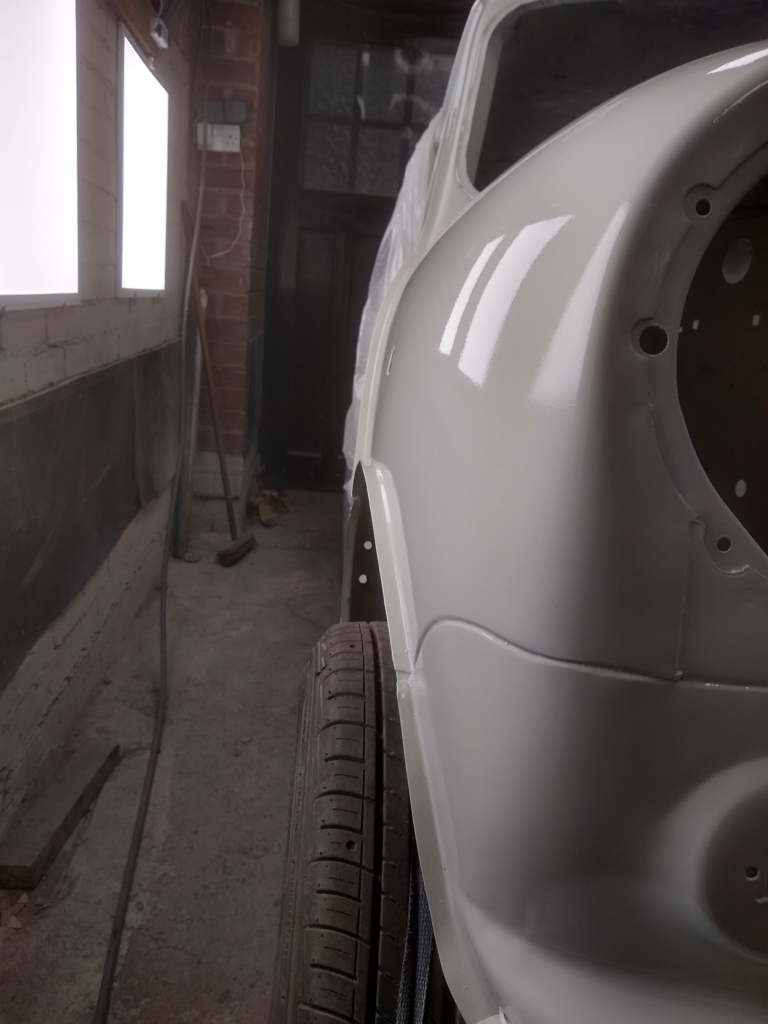 front painted, looks good, bit of muck in it but itll polish out.

rear silicones to sort at some point 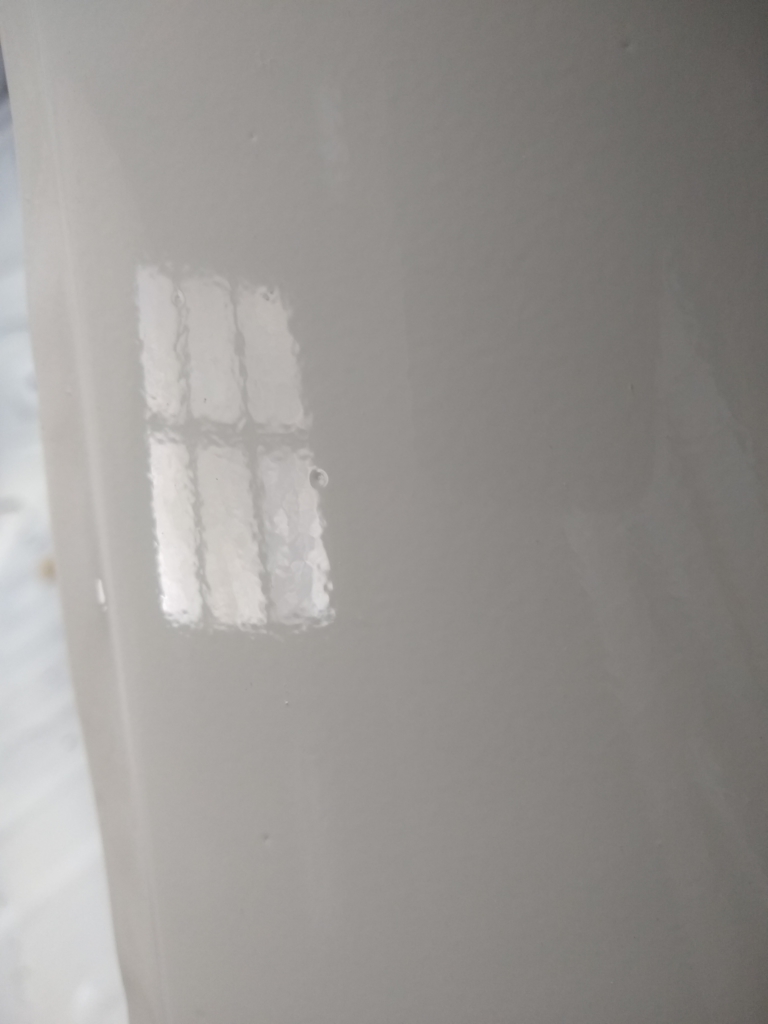 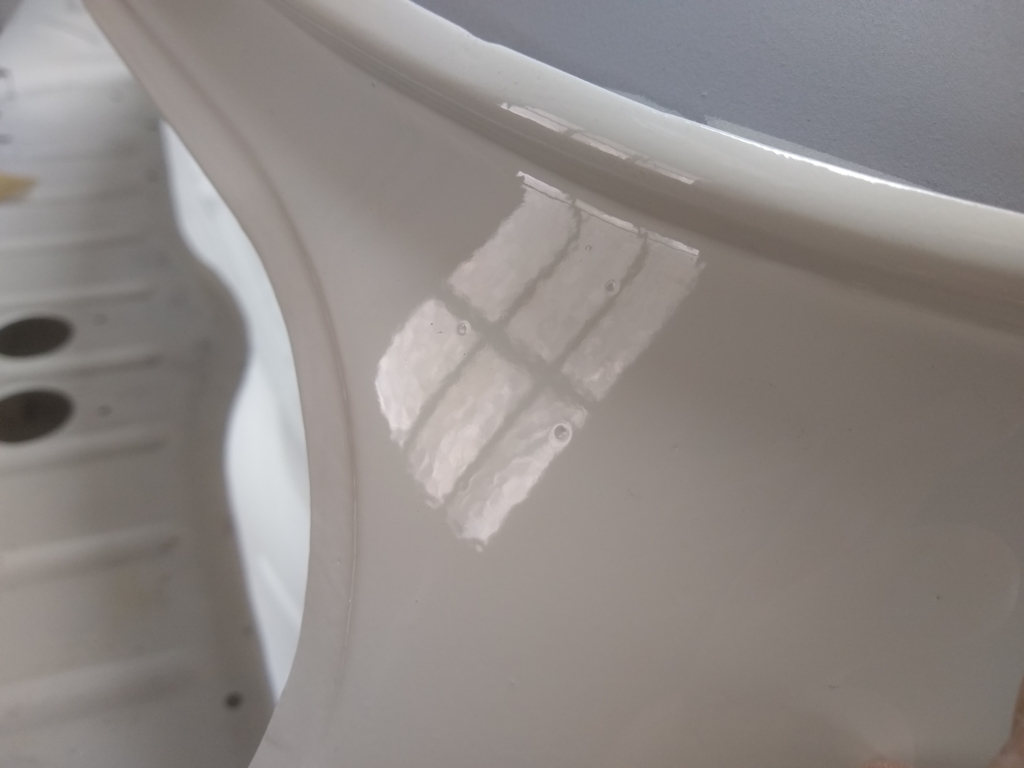 Looking great for a home paint job in a tiny garage, it's making me think.....

For removing silicone, I just use nail varnish remover and wipe it over the panels and let them dry before painting. Just to be extra sure I've done this 2 or 3 times before painting, to limit the frustration of seeing the small spots moments after the paint goes on.

The nail varnish remover was pence for a litre bottle form Superdrug.

yes, its small the garage, but the length of the house, so apart from when painting , its deal for a mini. Ive bought some anti silicone additive from ebay, see what that does.  Only the roof to paint now, and then its all white!


10 user(s) are reading this topic