143 replies to this topic

Not taken many pictures lately, didn't seem worth it, however had a couple of productive sessions.

Firstly, A Post / Windscreen was too wide, about 8mm, the scuttle panel didn't work,  how can it be out?  its fixed by the top dash rail and the roof.

Took ages to work out what side was out, I had an idea as I was having other trouble with the off side, already had frame in to hold front in place whil I changed lower A post,  used a ratchet strap and large hammer to move it over.

Then moved the A Post forward slightly.   Door on, looks ok 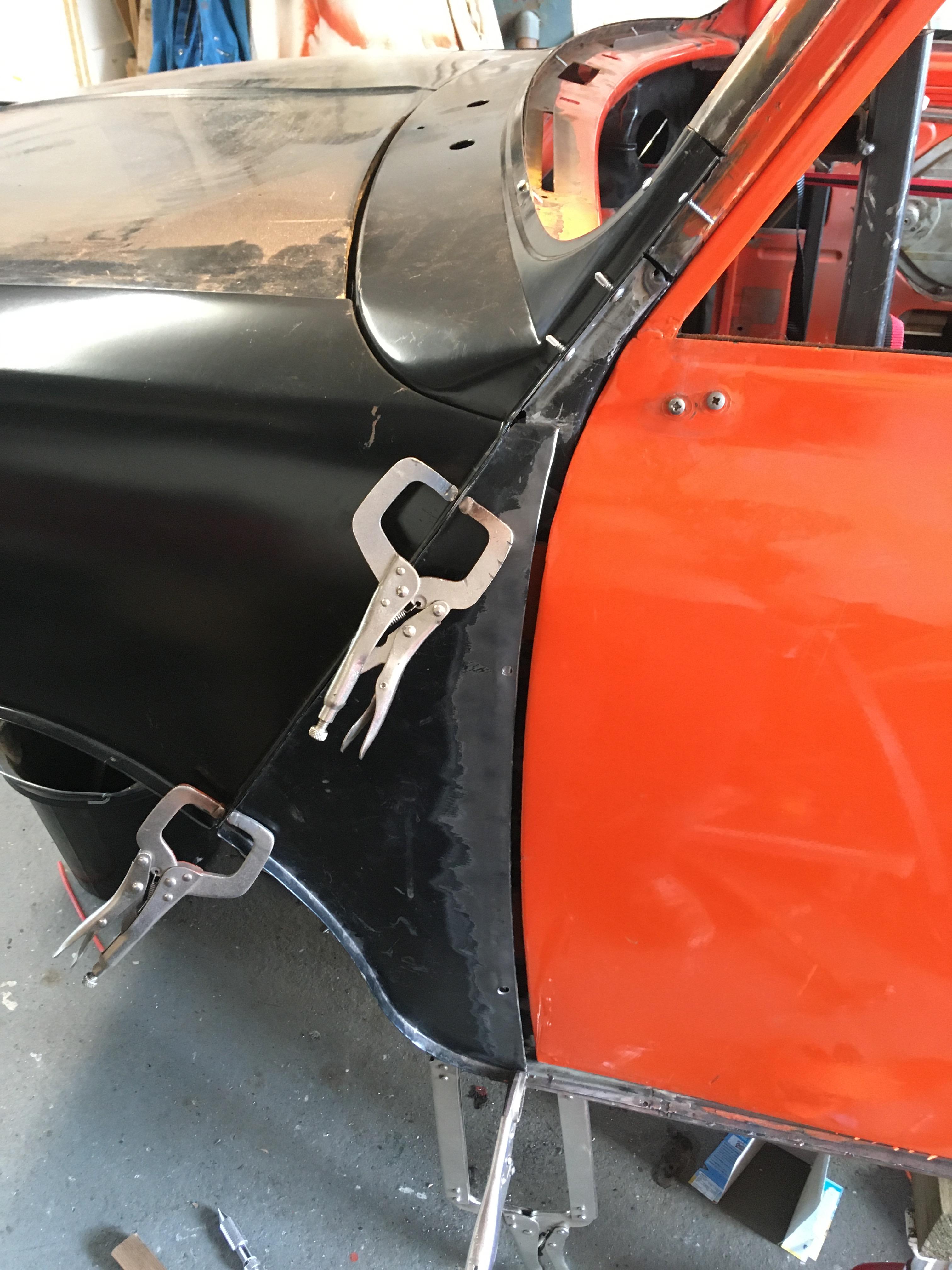 Put the inner wings back on screwed scuttle on, wings on.

Fit is terrible, left it again and came in, posted couple of questions on here and sat and read Project Paddy for inspiration.  Found the exact pictures I wanted,  @RustyAutoCityE posted link to Budget Clubman restoration.

Turns out that the front panel needs adjusting so it can move back, little trim, wing on, looks reasonable, front is terrible 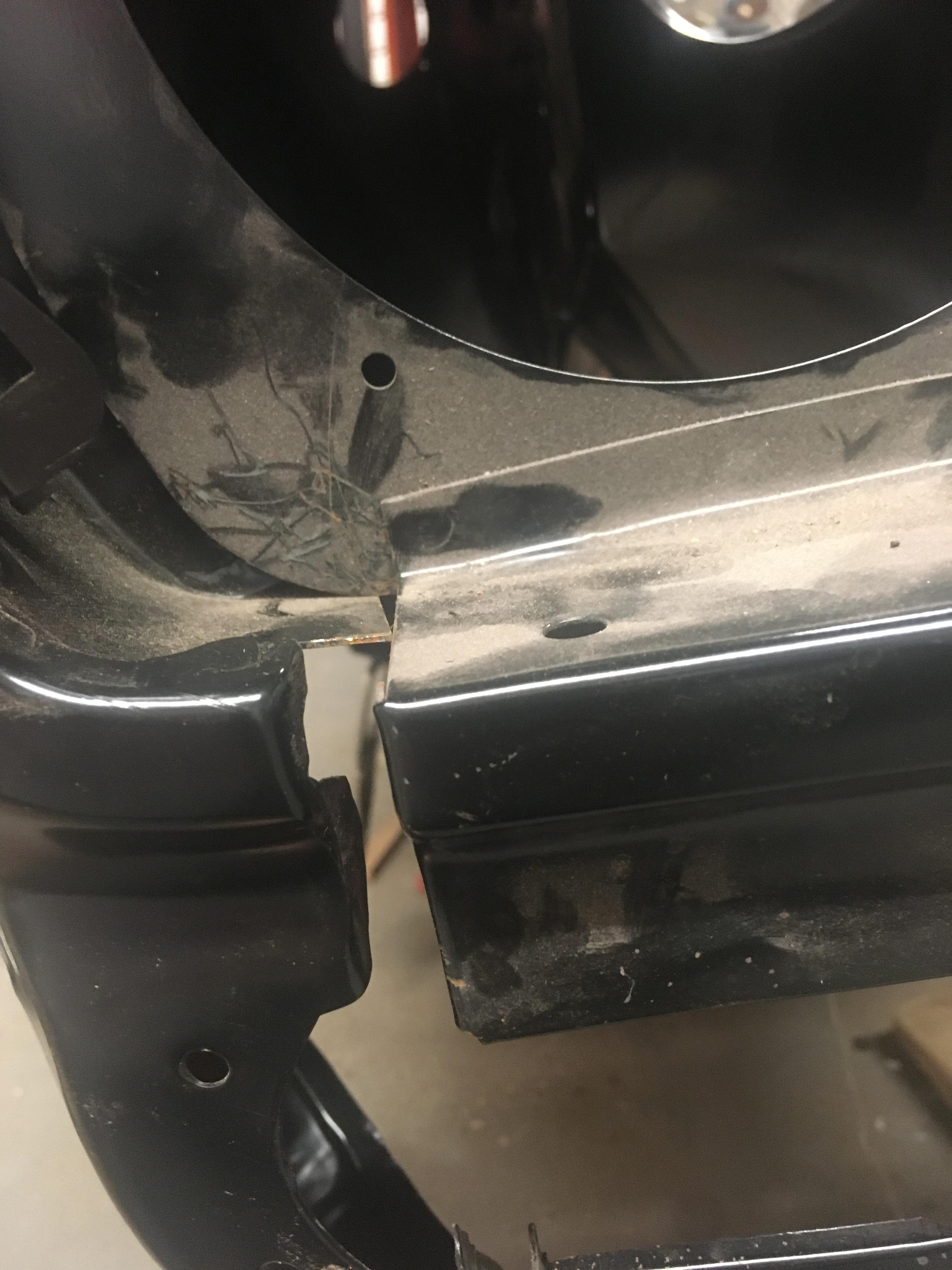 Front is on, its looking reasonable

the A Panels were already fixed to inner wind, didn't quite line up with the wing, so Ive removed them, couple of small holes to wield in 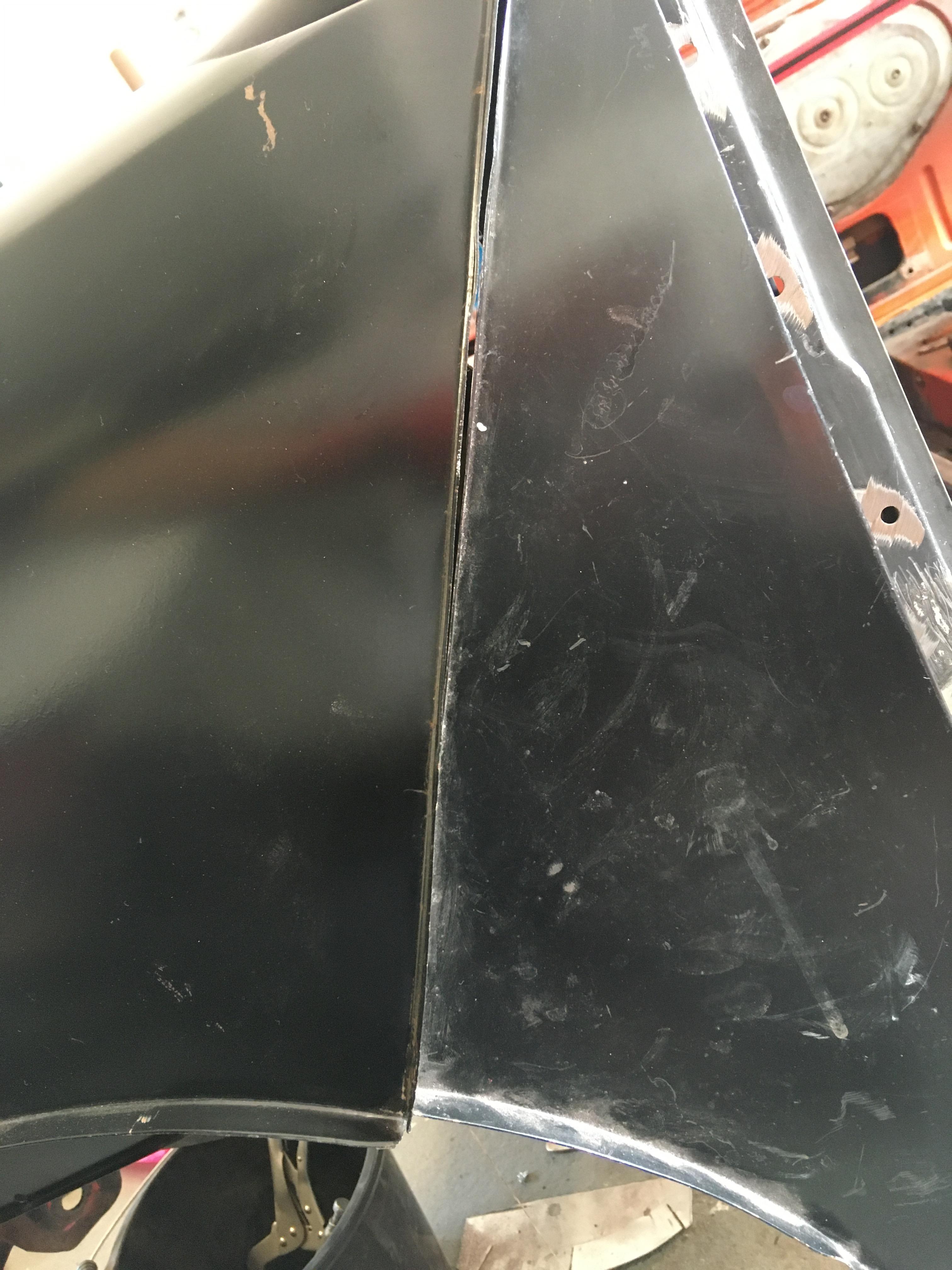 Turns out that the front of the car was not high enough, out with the laser, undo the screws holding floor to toe board, jack up front of sub frame, moved up 15mm. wound screws in, suddenly inner wing to toe board looks great, floor lines up, A Panels fit better.

Then onto the A Post closers and the lower dash 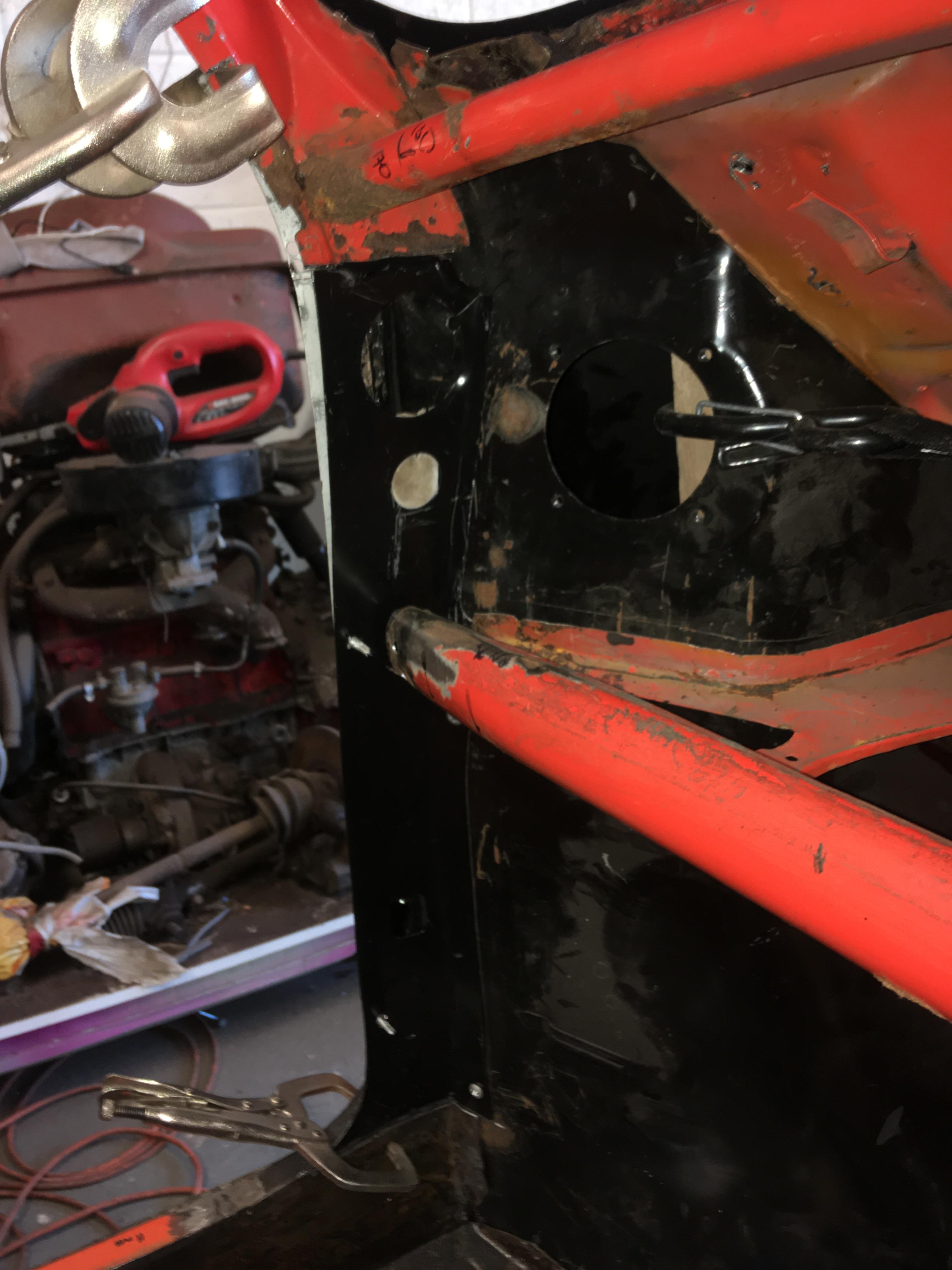 just need to fix the small bracket onto the A Post closer,

The other side needs more work, Lower dash rusted through, so spent ages making up a repair section, stretching and shrinking with molegrips and a hammer 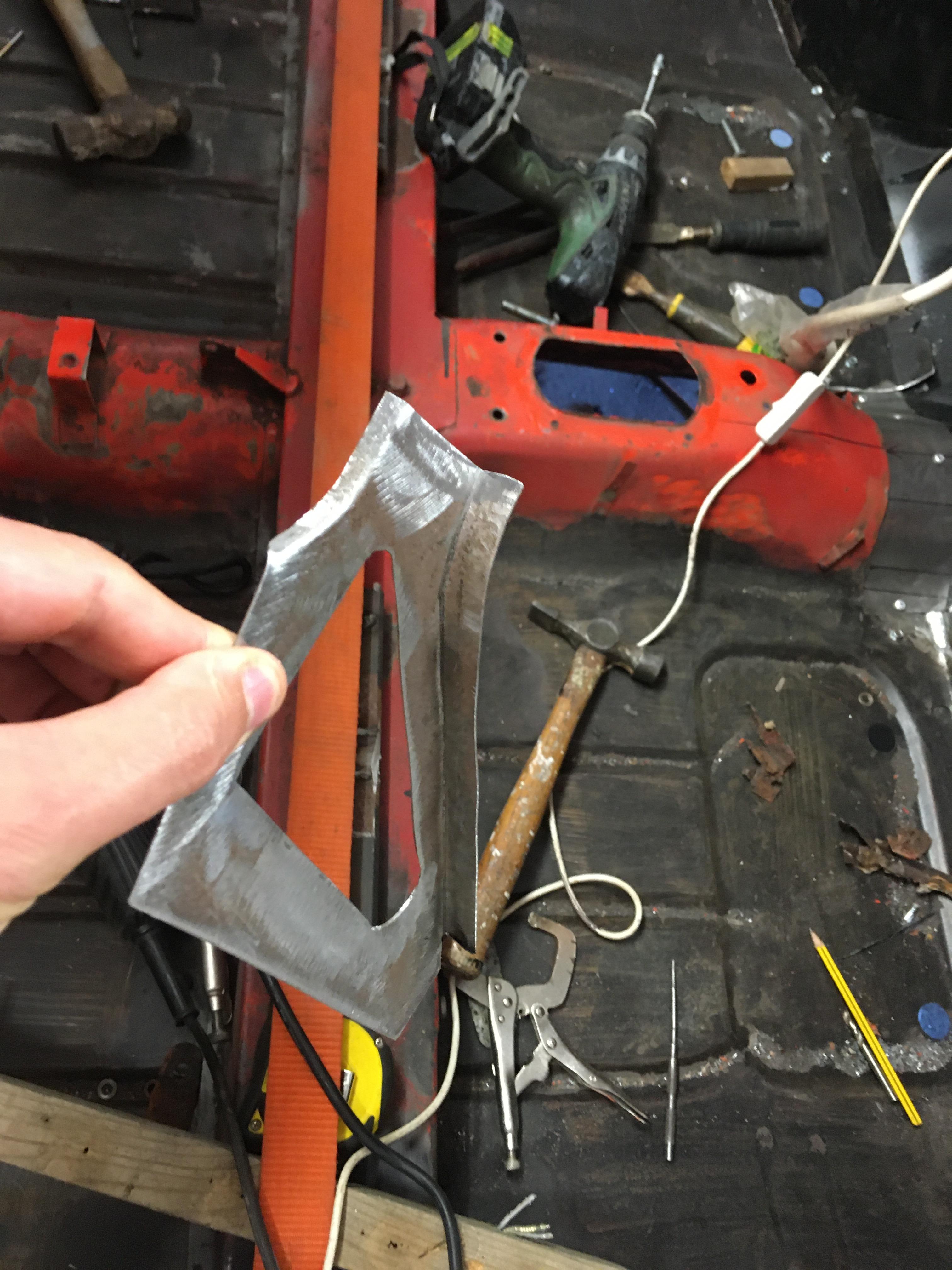 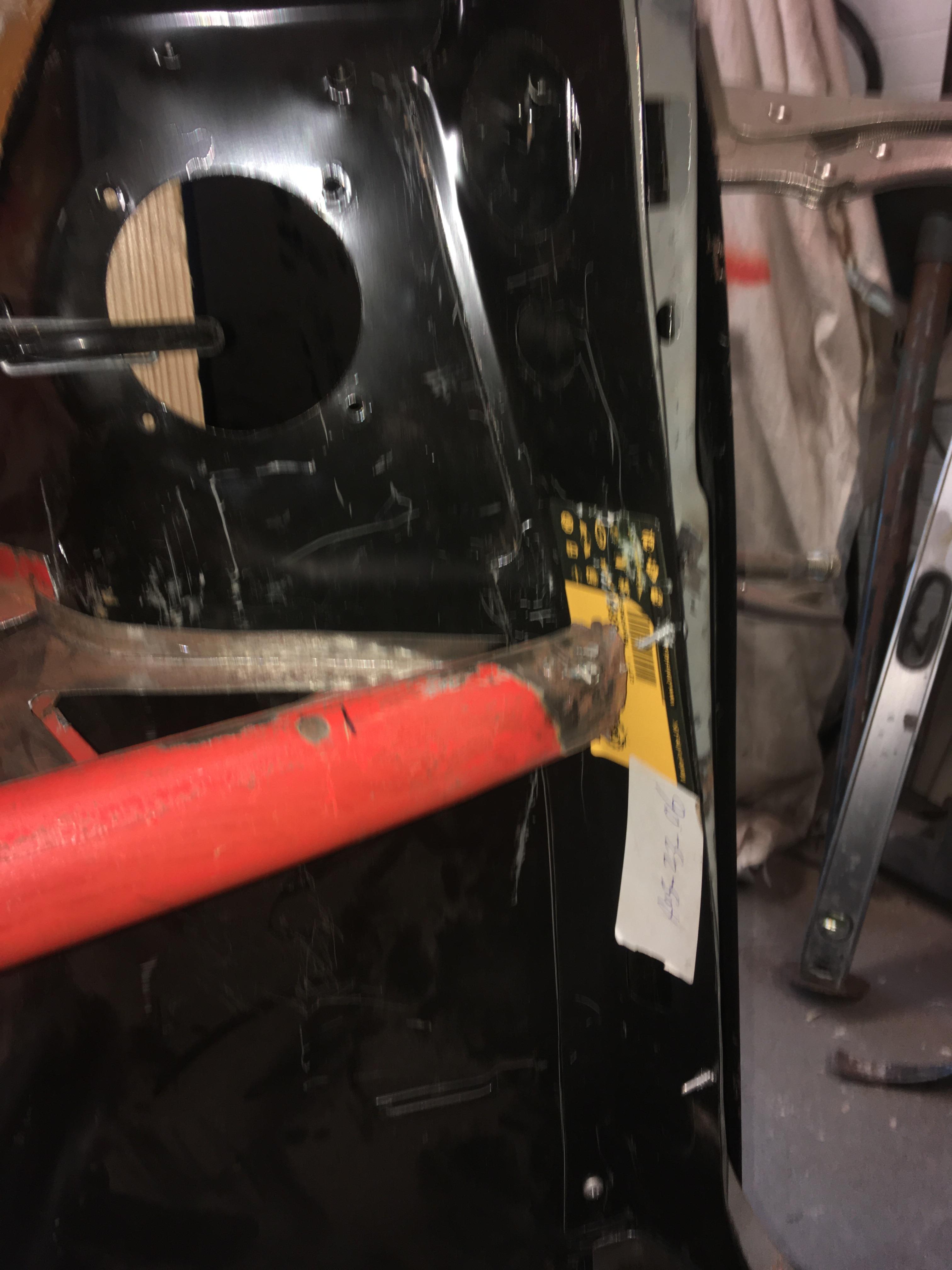 Then put the end of the tunnel on, made it months ago 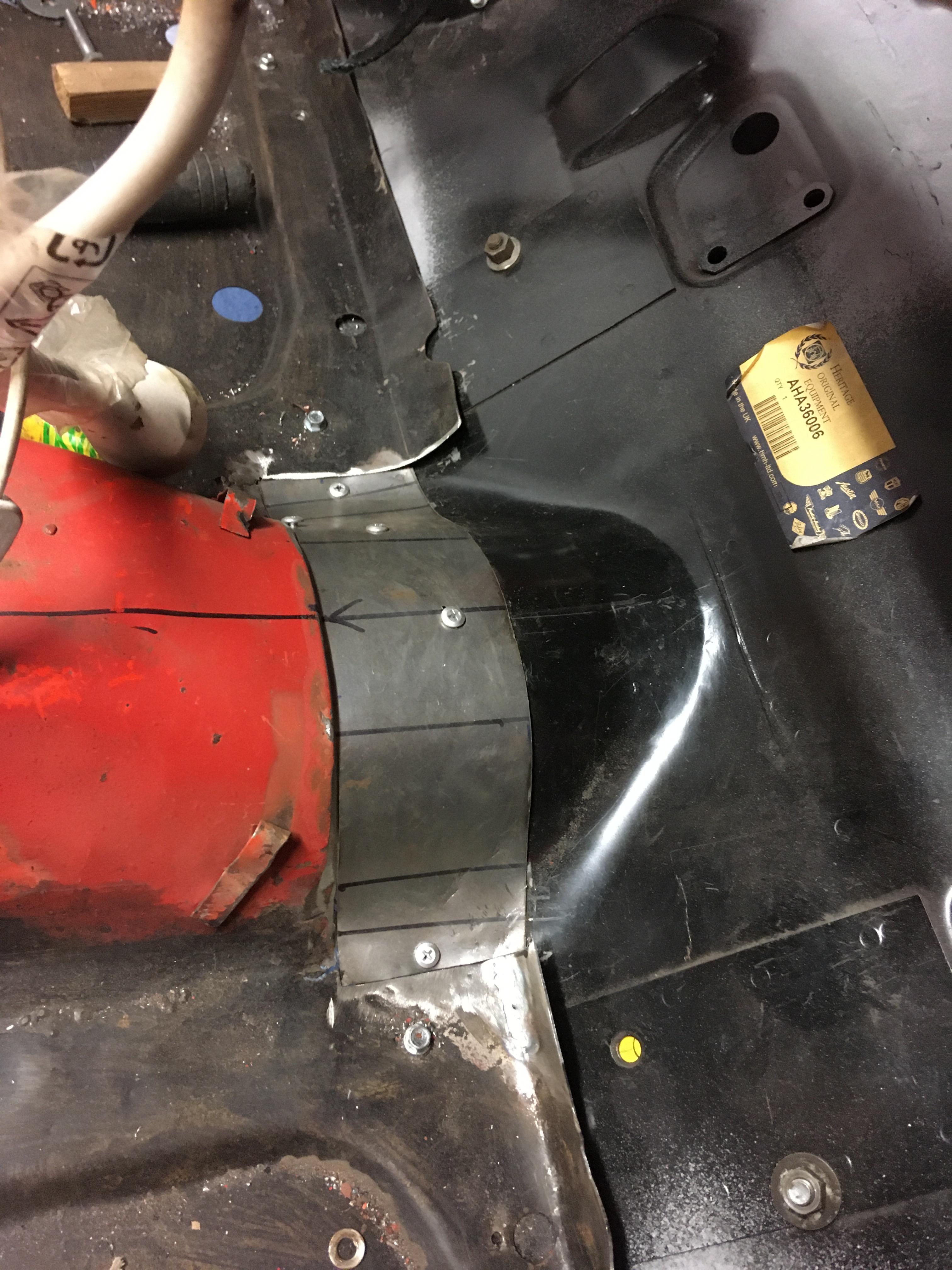 Will finish off the lower dash, weld in the end of the tunnel, go round fill up all the screw holes.  then its back off with all of the front and off for it to be aqua blasted and epoxy primed,  all of the panels are covered in rust spiders under the eCoat.

the look of satisfaction 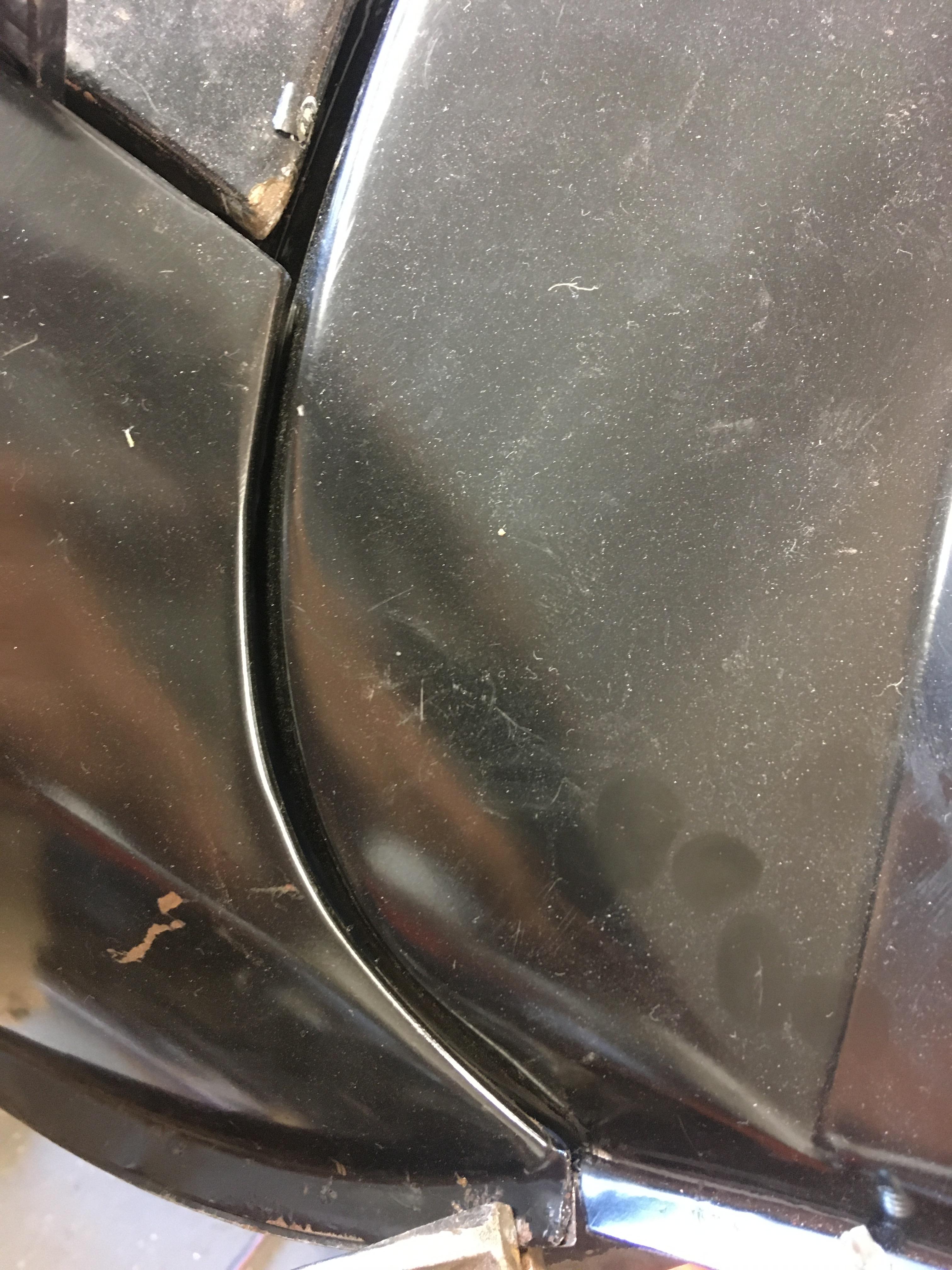 Anyone would think I've abandoned this project, fear not, progress has been slow, frustrating but its not all in vain.

The whole front end has been on and off many times, a little grinding, fettling back on.  The gaps are where I want them, had to make the wing to bonnet gap wider at the front to even it up!! 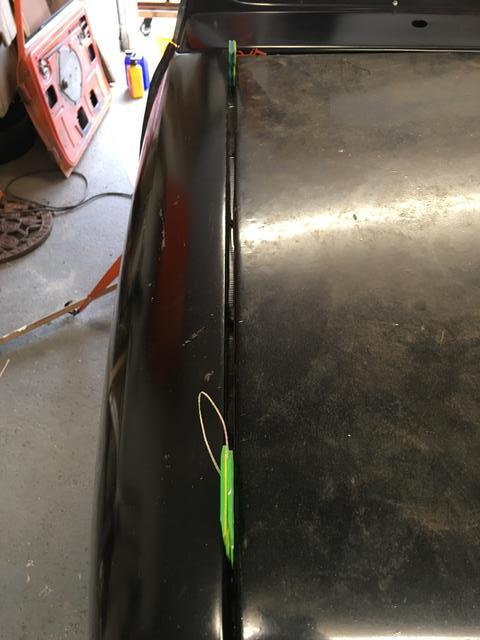 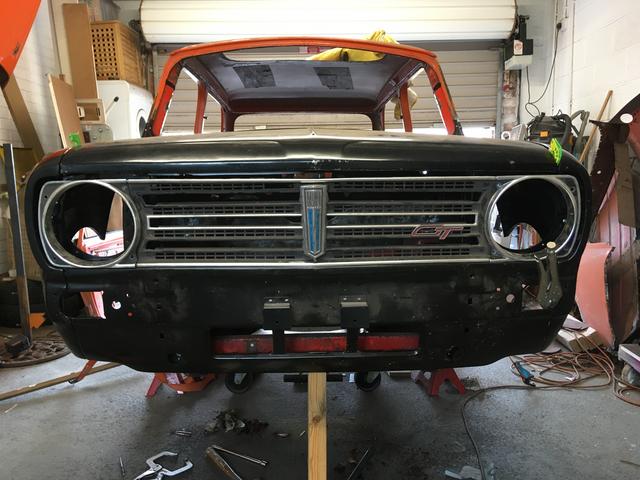 With the front on and all lined up, I needed to get the Toeboard welded in, before I could do that it needed all the eCoat stripping off

It was full of rust spiders 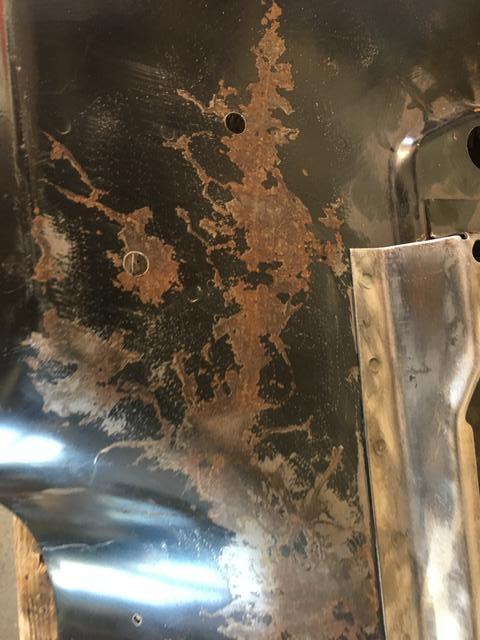 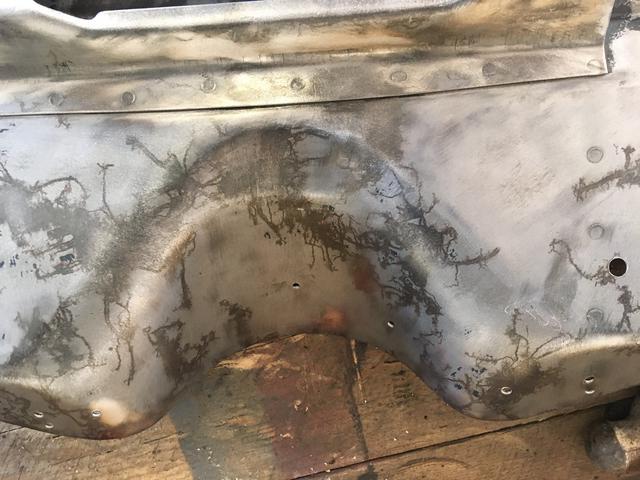 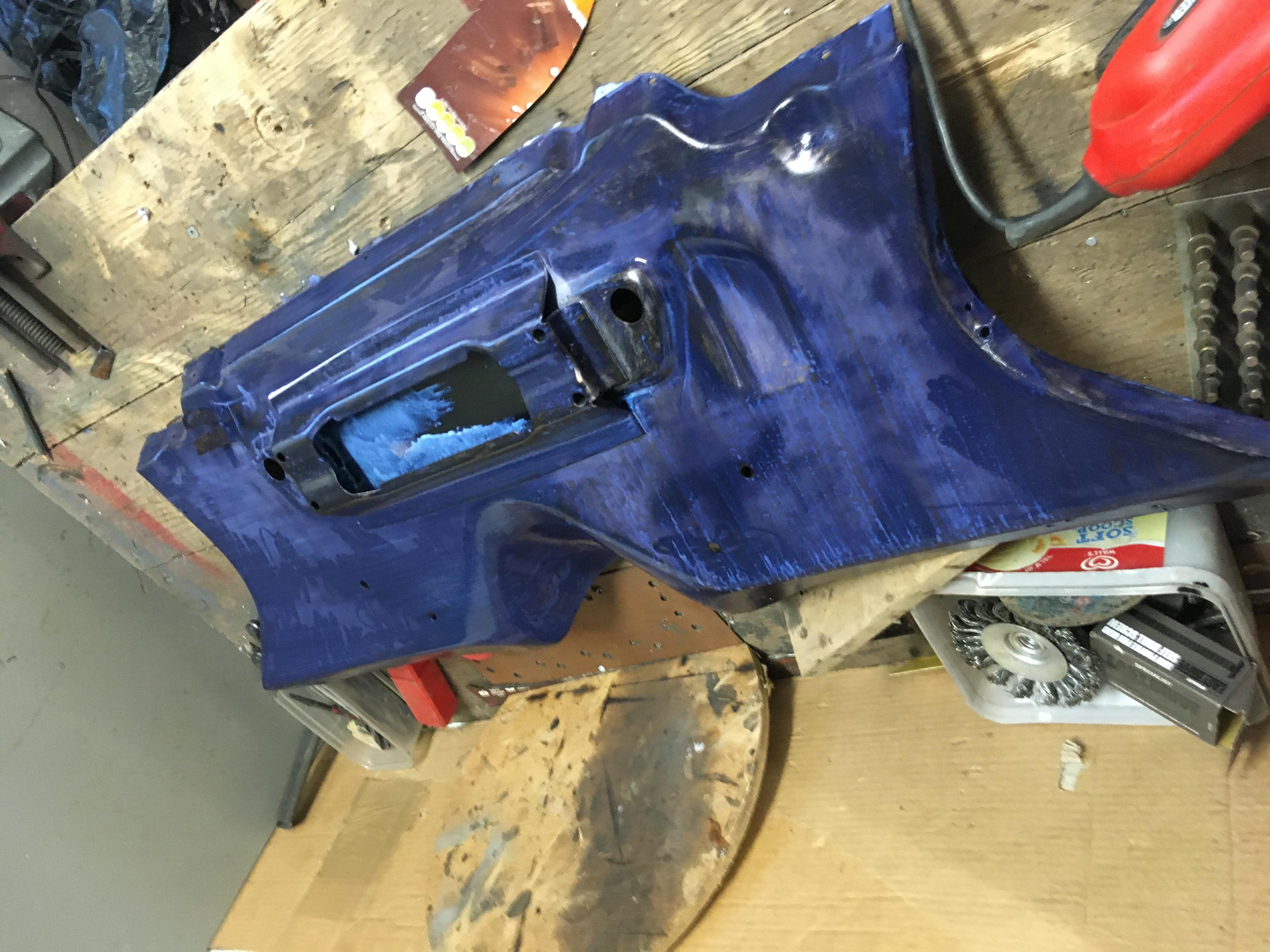 Cleaned up the bulkhead 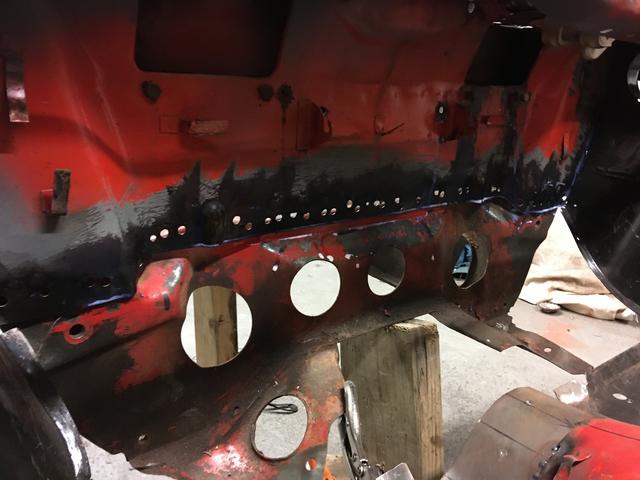 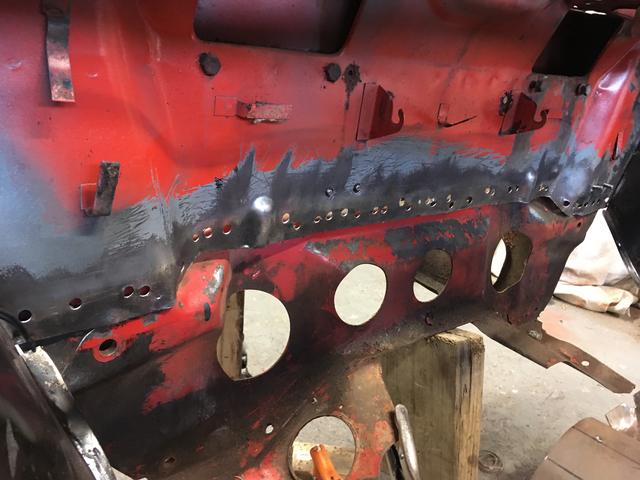 Weeks have past since I treated and painted the toe board!!

This weekend, finished welding the end of the tunnel back on, 2 patches applied onto the tunnel to clear the way for toe board to go back in 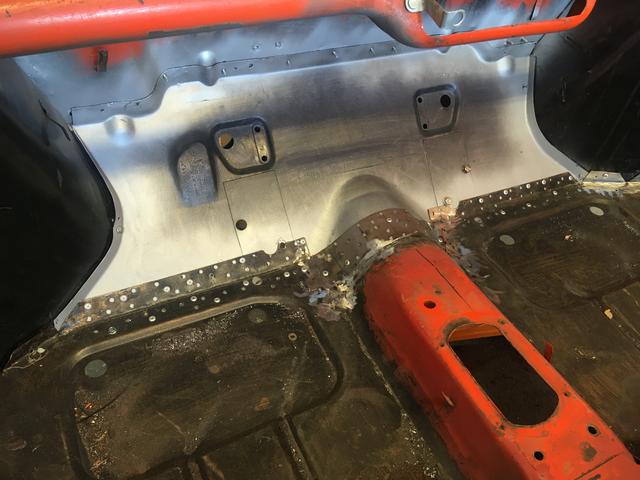 Lots of holes ready for plug welding (next week, Maybe!!) 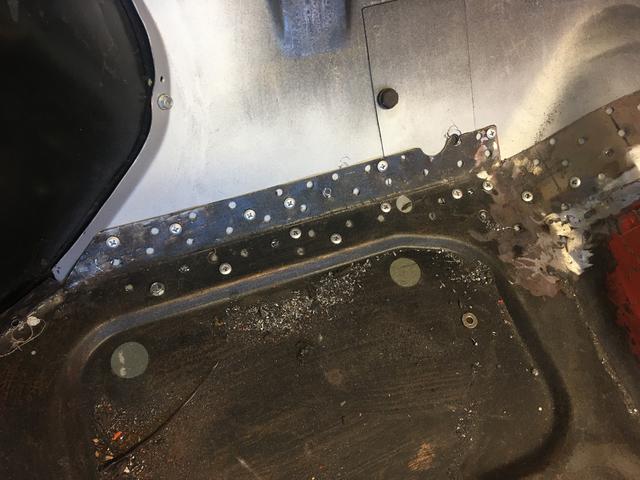 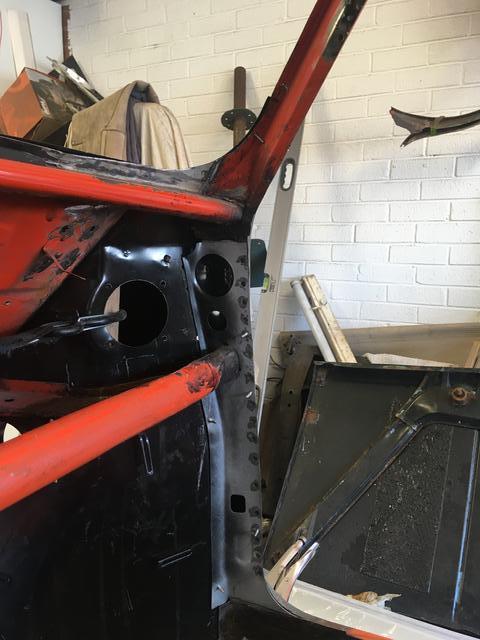 tidied up a the Sill to step at the front both sides and welded the lower dash onto the little brackets that I fabricated and welded onto the Post closers, had to remove the inner wings to get them in with brackets on!!

I'm back on it, Weld the toe board in at the weekend, then strip the front end back off, its being sent for soda blasting and epoxy primer having seen what's lurking under the eCoat.

Whist that's off the bulkhead cross member needs a couple of patches adding and the bonnet hinge brackets putting back on after the bulkhead has been stripped back and treated.

Have the door skins waiting to go onto the doors whist front is away being treated.

That will then leave the roof panel, just the sun roof to delete!!

Looking for a good roof cut, looking forward to the hours of careful grinding.

@petey81 is selling one here.

Sometimes I wish I did the updates each day....

Get the toes board welded in 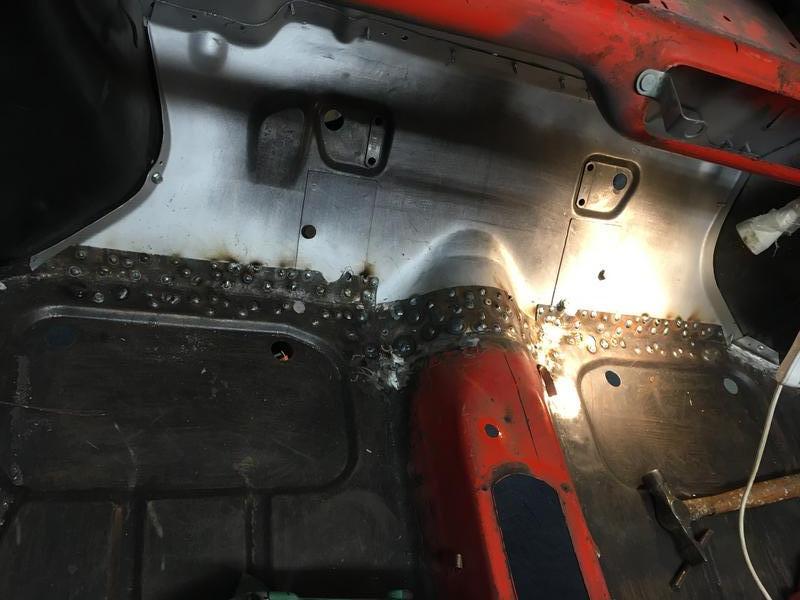 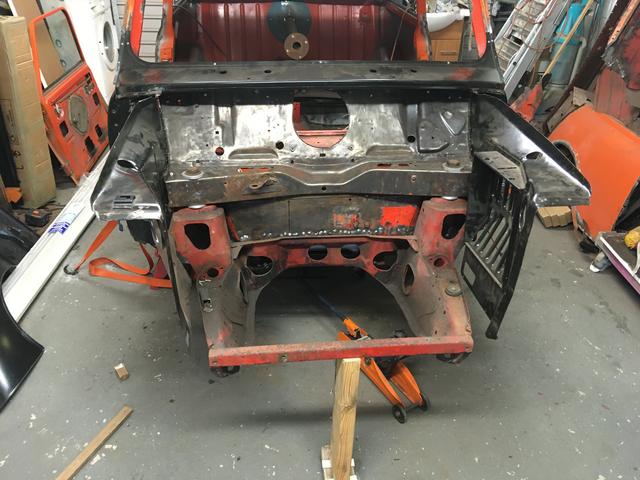 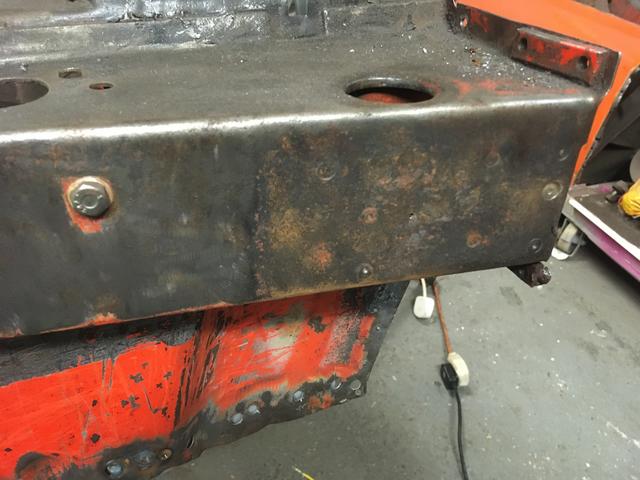 Then onto bulkhead repairs, cut out the root and damage from engine tie bar mount

Clean out as much surface rust possible, then liberal coating of Kurust remover. 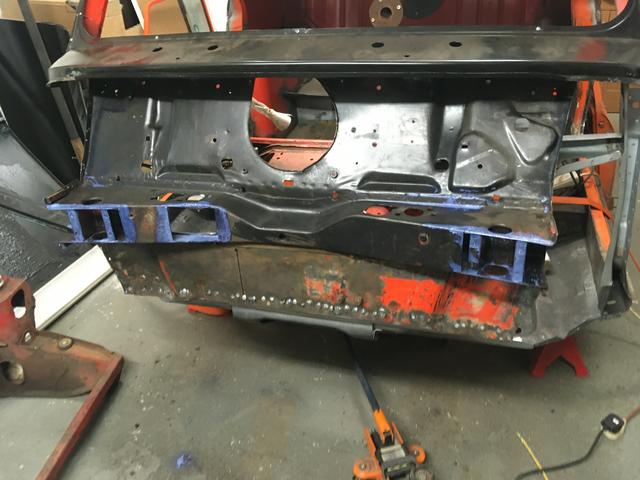 Patches in place and then welded 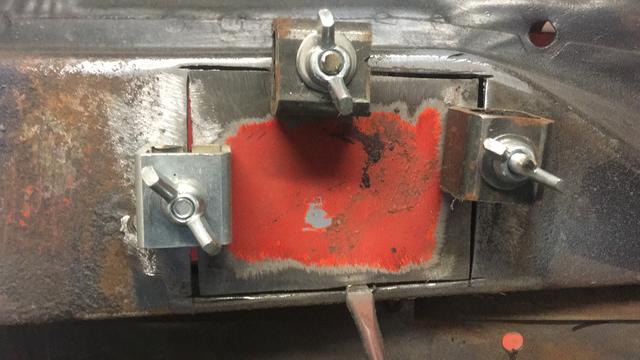 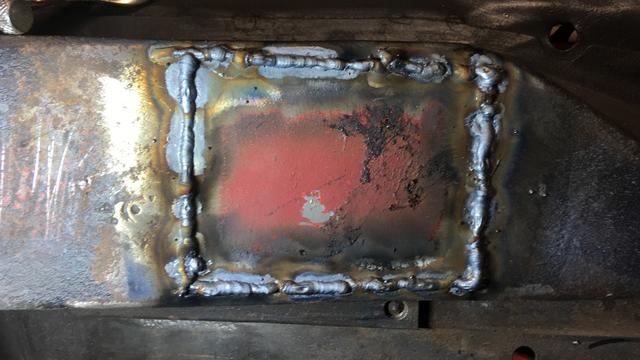 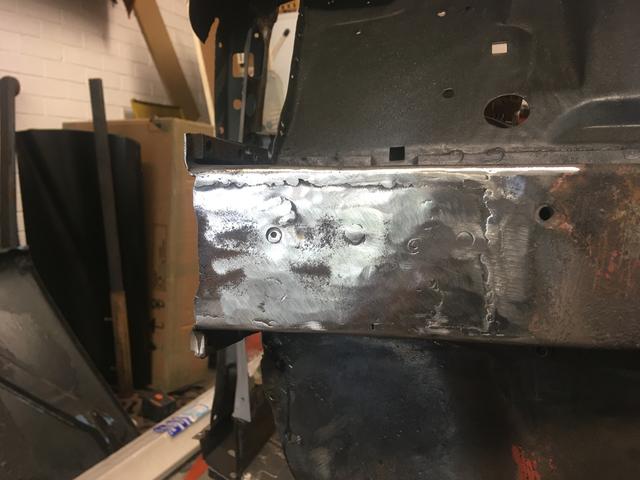 Amazing how days of work in the garage can come down to so few pictures!!

Grind day, had all the plugs in the floor to clean off, spent an hour cleaning those, filling in holes and grinding again. Then that dreaded moment, just one little weld to fill missed edge of plug and boom great big hole, don't stop keep trying to fill it, bigger hole!!!

Then onto the bulkhead cleaning, previously wire wheeled the top half, removing paint, rust etc then covered in Kurust.
Time to clean that off back to metal 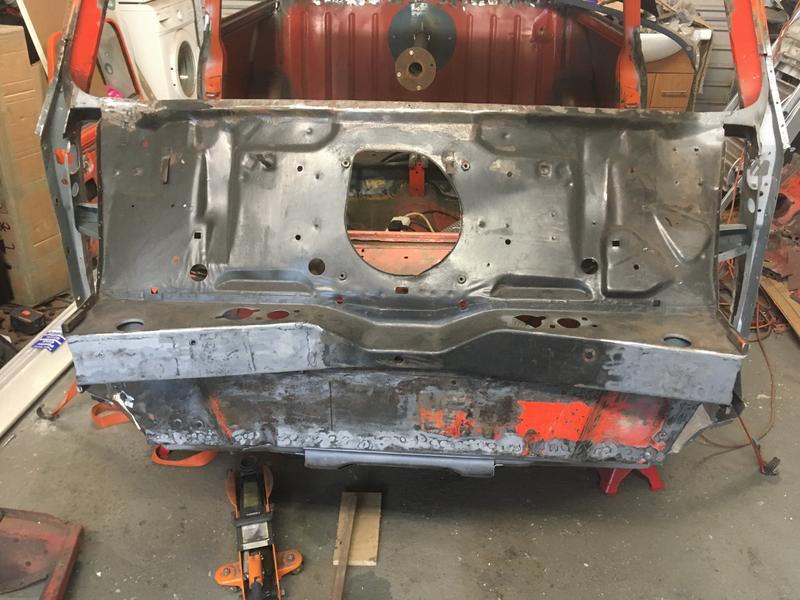 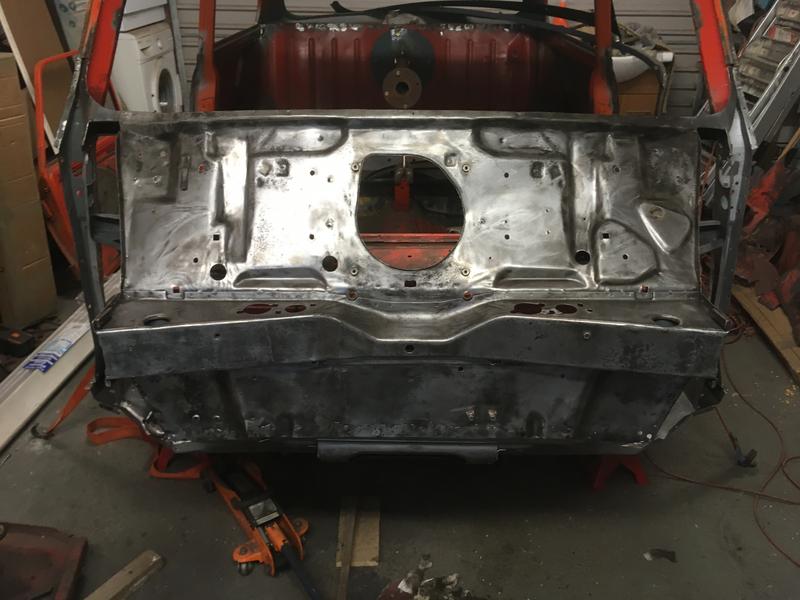 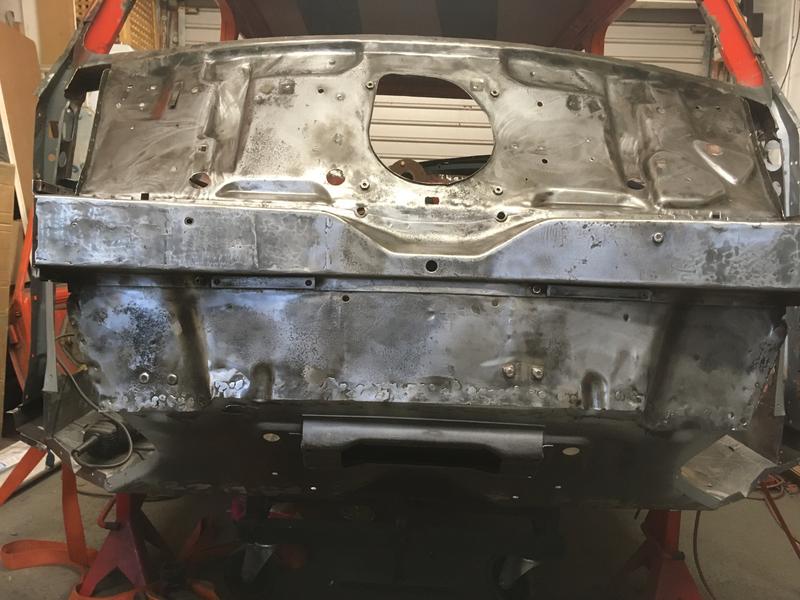 then a wipe down with white sprit

Before coat of SAS Zinc primer, must have a dodgy batch 2 cans where it needs constant shaking to get paint to come out, shook it for ages, put it in warm water, shook it. still came out thick and bitty in laces 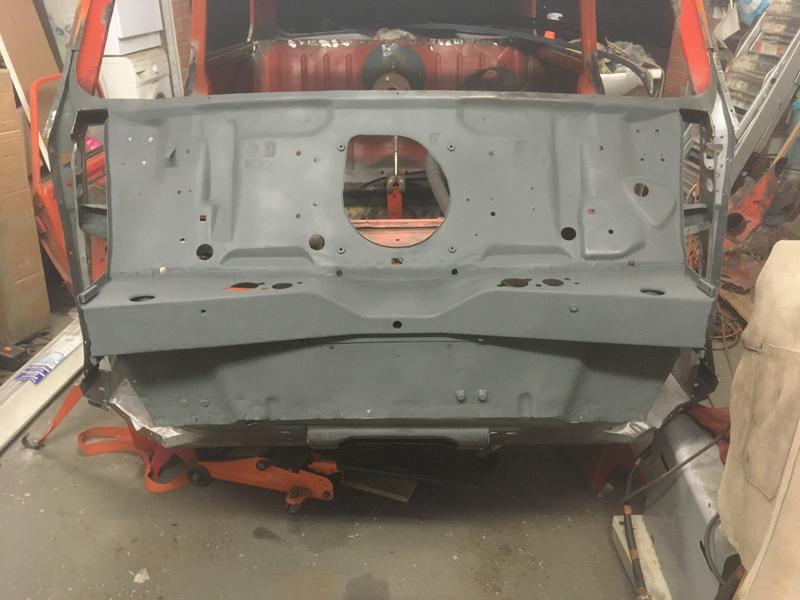 Just got to find the safe place where I put the hinge brackets now.

Also picked up a roof chop from Weston Super Mare
decided i'm going to try and remove the roof panel rather than cut A, B & C posts

Grinding off the seam weld from under the roof gutter, loaded 3 cutting discs onto the grinder. Then remember not to get carried away its only 1mm.
Seemed to do a good job, came away along one edge, leaving a little bot of flap disc action to finish off. 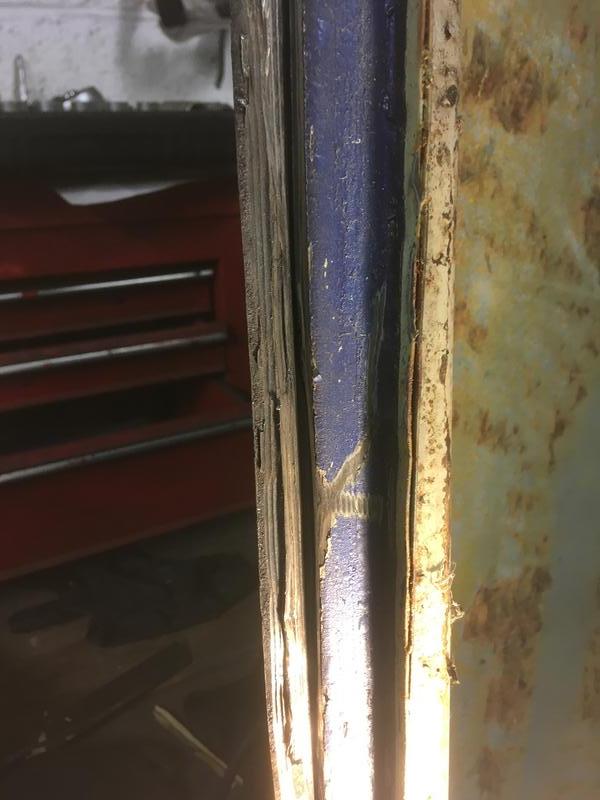 They are a hell of a job to do and require lots of patience and perseverance.

They are a hell of a job to do and require lots of patience and perseverance.

Ben, I need to remind myself to be patient, too easy to hold it on a little longer than needed and end up with a thin section or a hole.

Last roof skin I changed, I discovered a small tip for making it a tad easier to get the old skin off.

1mm cutting disc and cut the bulk of the skin off first cutting just above the edge that sits in the gutter.

then you can stand inside the shell and grind the edges off with relative ease and comfort.

Just don't cut through the cantrail!