32 replies to this topic

So I promised the first bit of motorsport preparation, getting seat rails in position. I lost count of the number of times the seat went in and out of the car during this process, but as a result of this messing around, when it comes to final build and future servicing seats in and out should be a 5 minute job and not something to be underestimated. When you come back from a rally with a filthy car and the seats are 45 minutes and 2 man job to get in and out... you won’t bother, but if it’s simple you can whip them out and give the interior a proper clean. I’ve not done anything special just spent a lot of time making sure everything was straight so bolts just line up and thread in with your fingers and final nip up with a ratchet.
First, I know where I want to be, so the problem - cross member is in the way. Not any more: 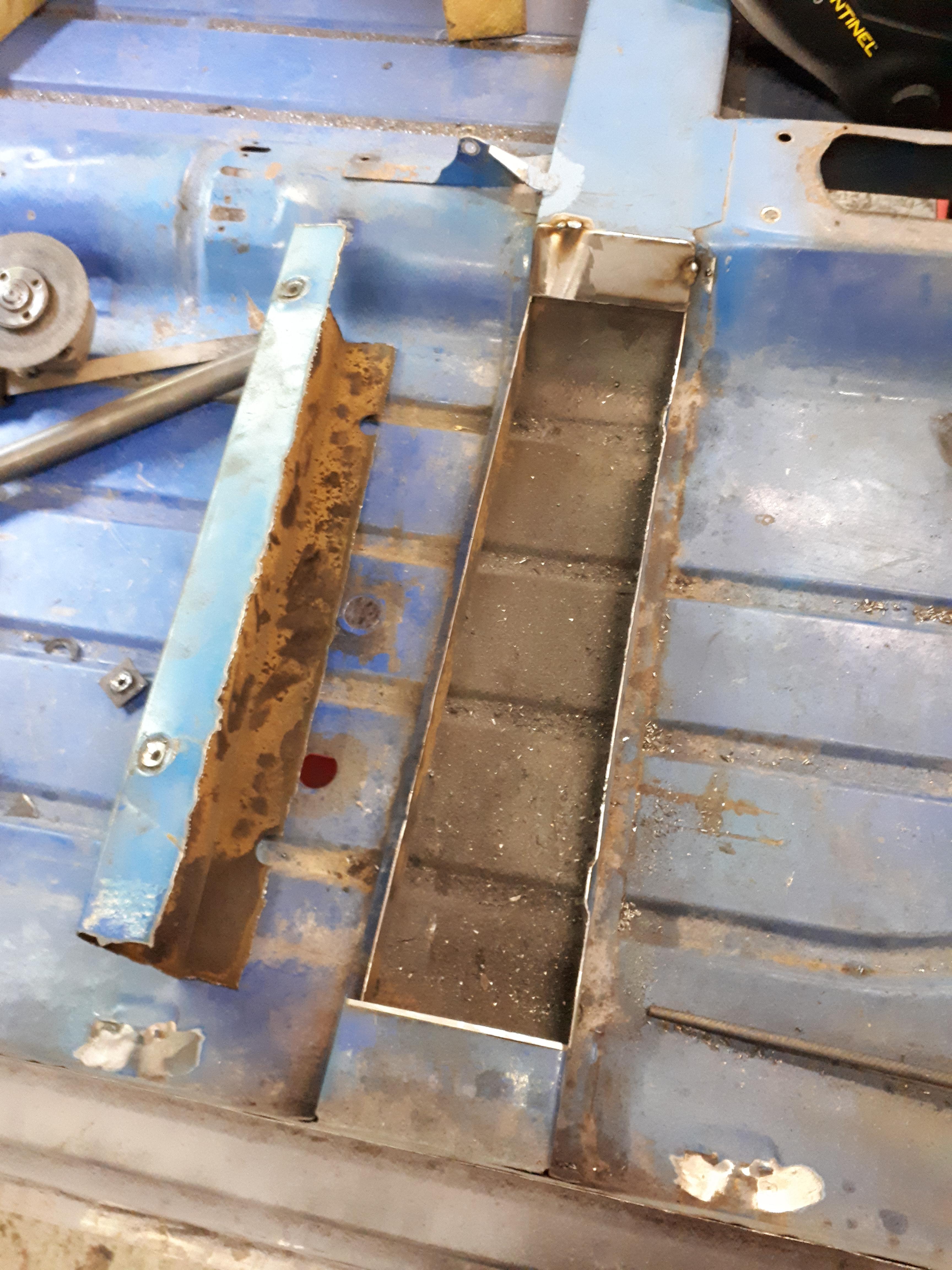 I believe if removed completely it can make the shell a bit floppy but I think enough strength has gone back in (or certainly will be once fully welded): 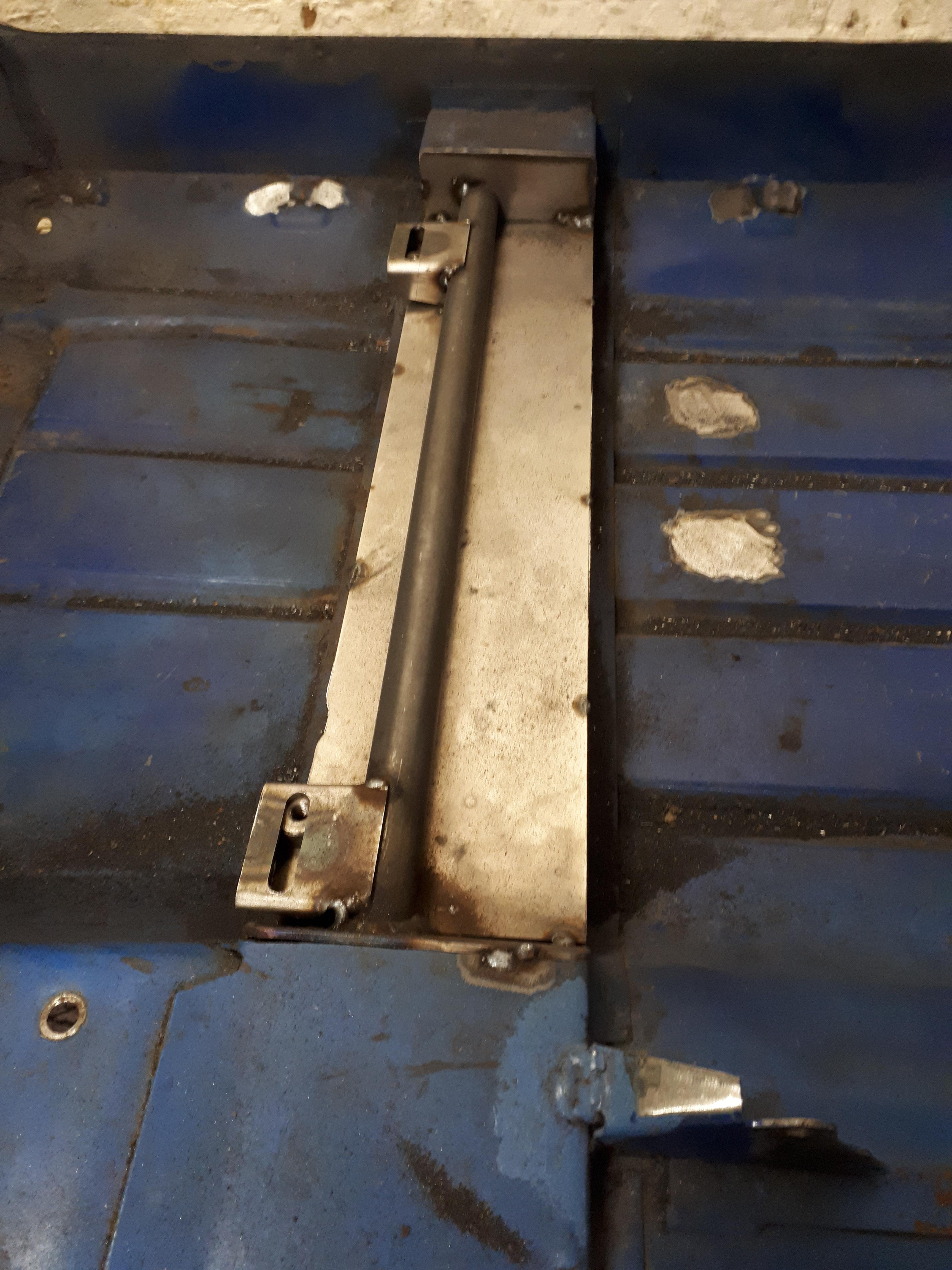 Only tacked for 2 reasons, 1) I might change my mind - may swap the captive nut brackets to face backwards rather than forward. 2) whoever does my cage for me I will get to quote for doing extras such as seam welding, fully welding the seat rails etc, depending what price they come back with will depend whether or not I do, it’s not the quality of my welding I doubt it is just a cost vs time question, they will be able to do it far quicker than me it’s what they do day in day out.
So finished results look a bit like this: 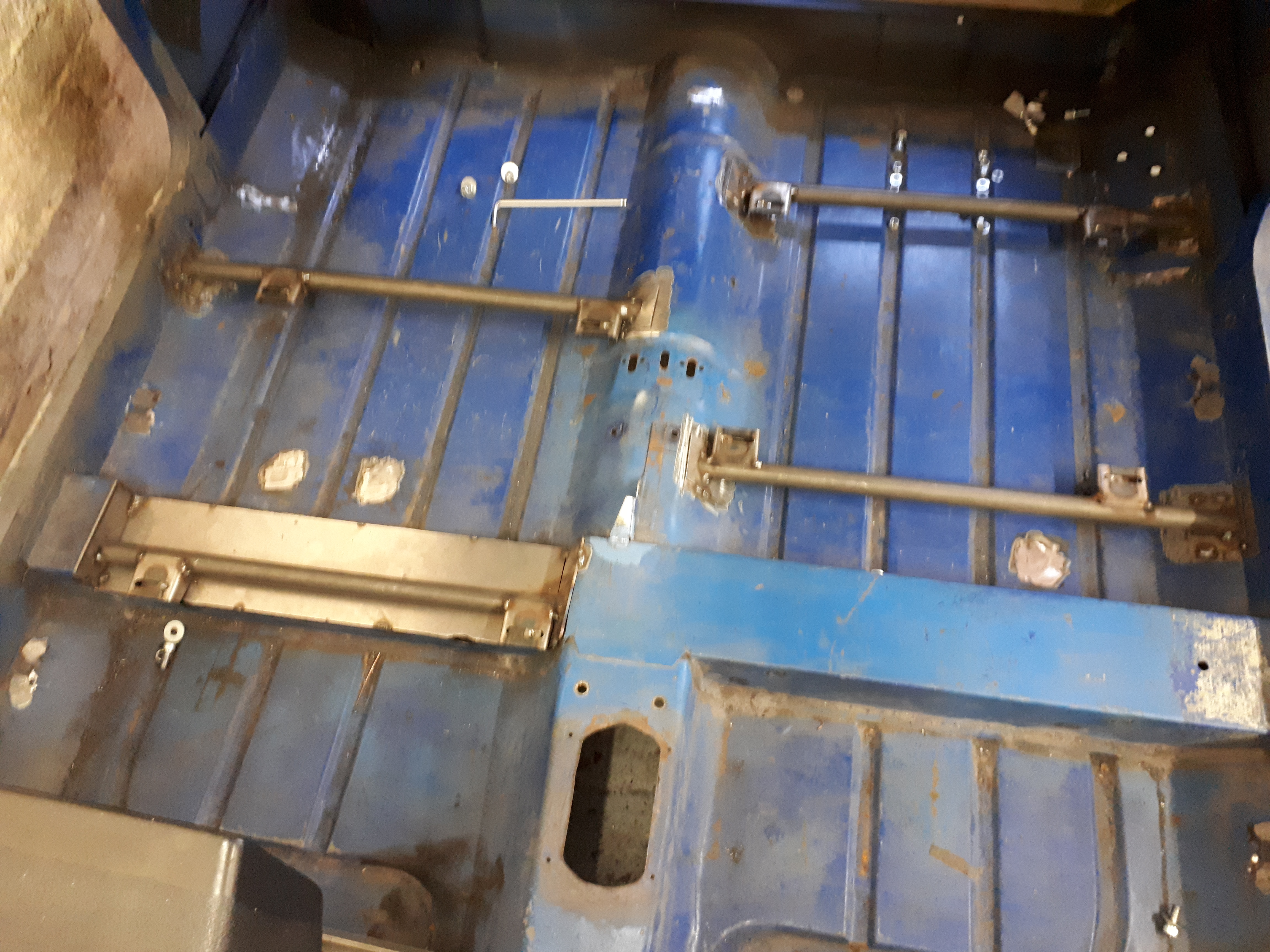 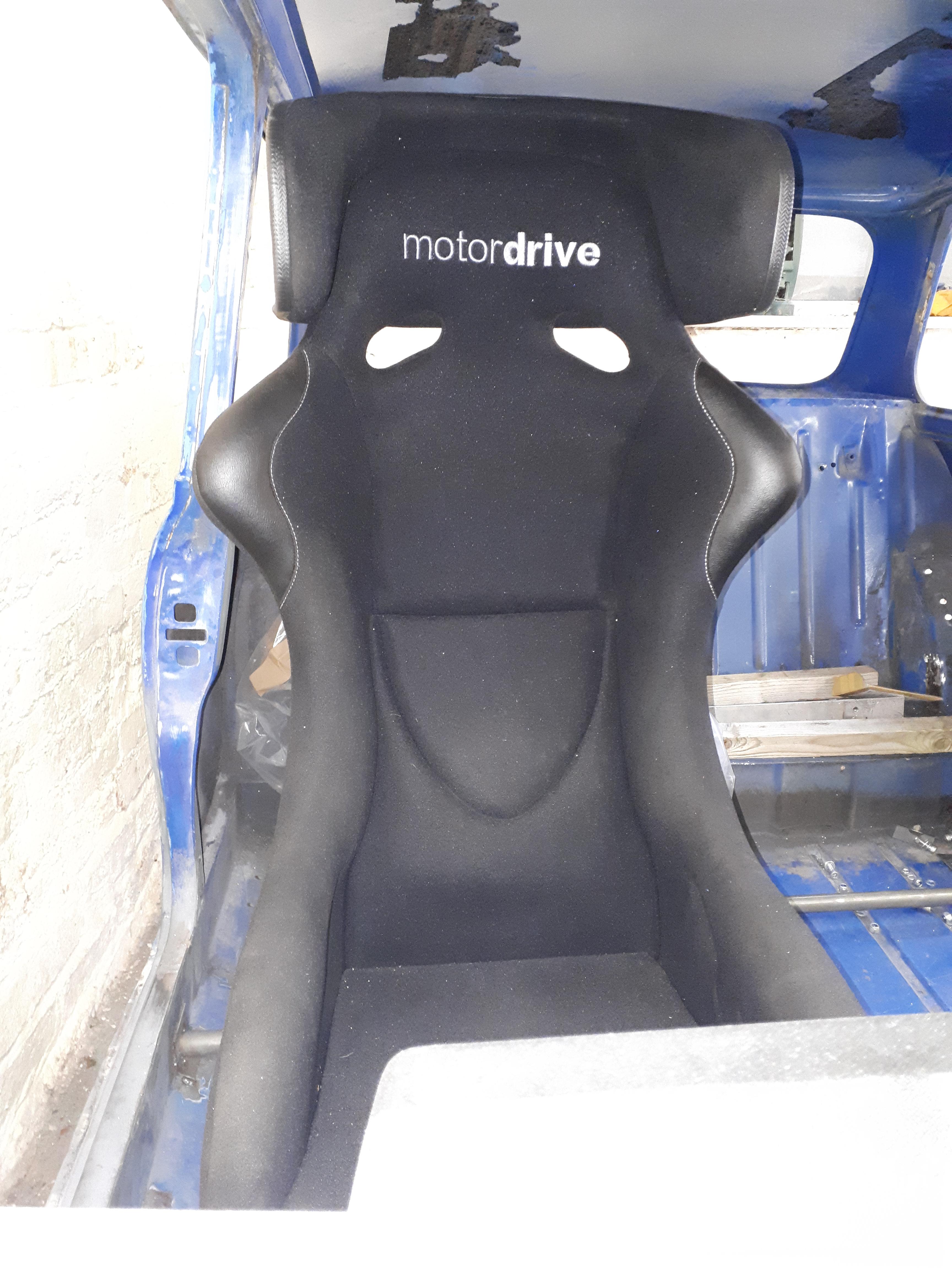 Looks a bit like it sticks out of the door, it doesn’t but it is close, I checked several times and it can’t go any further inboard: 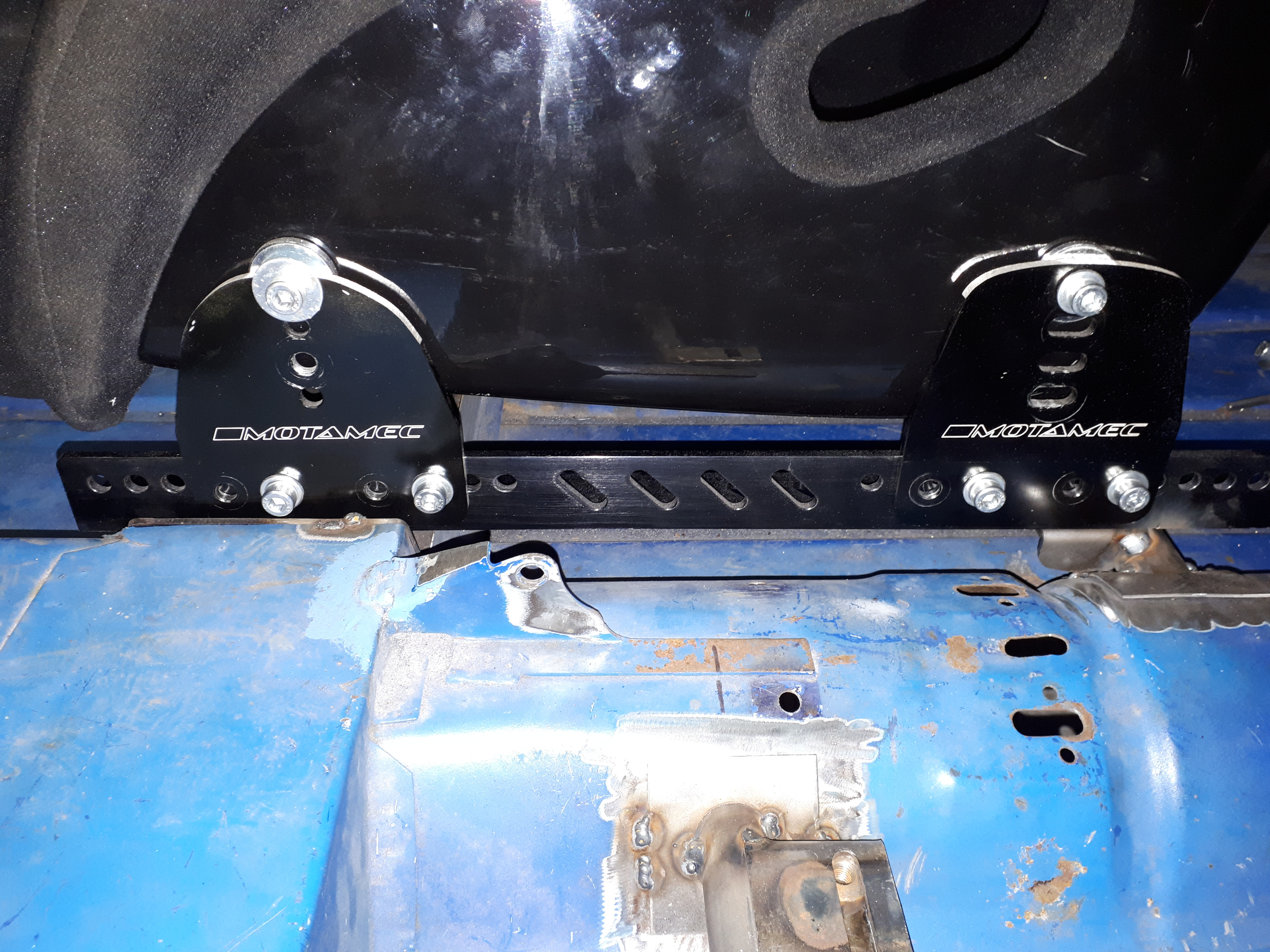 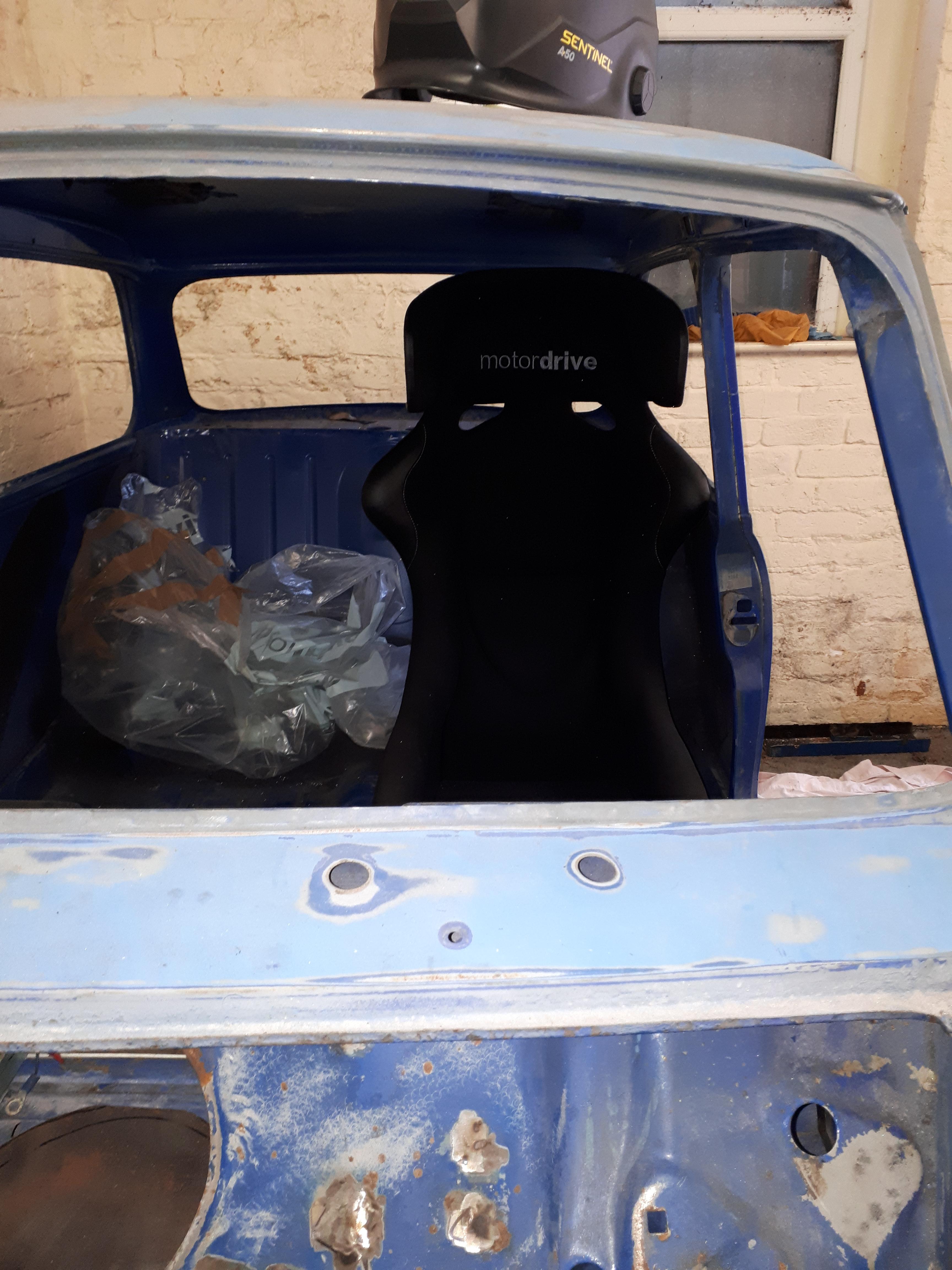 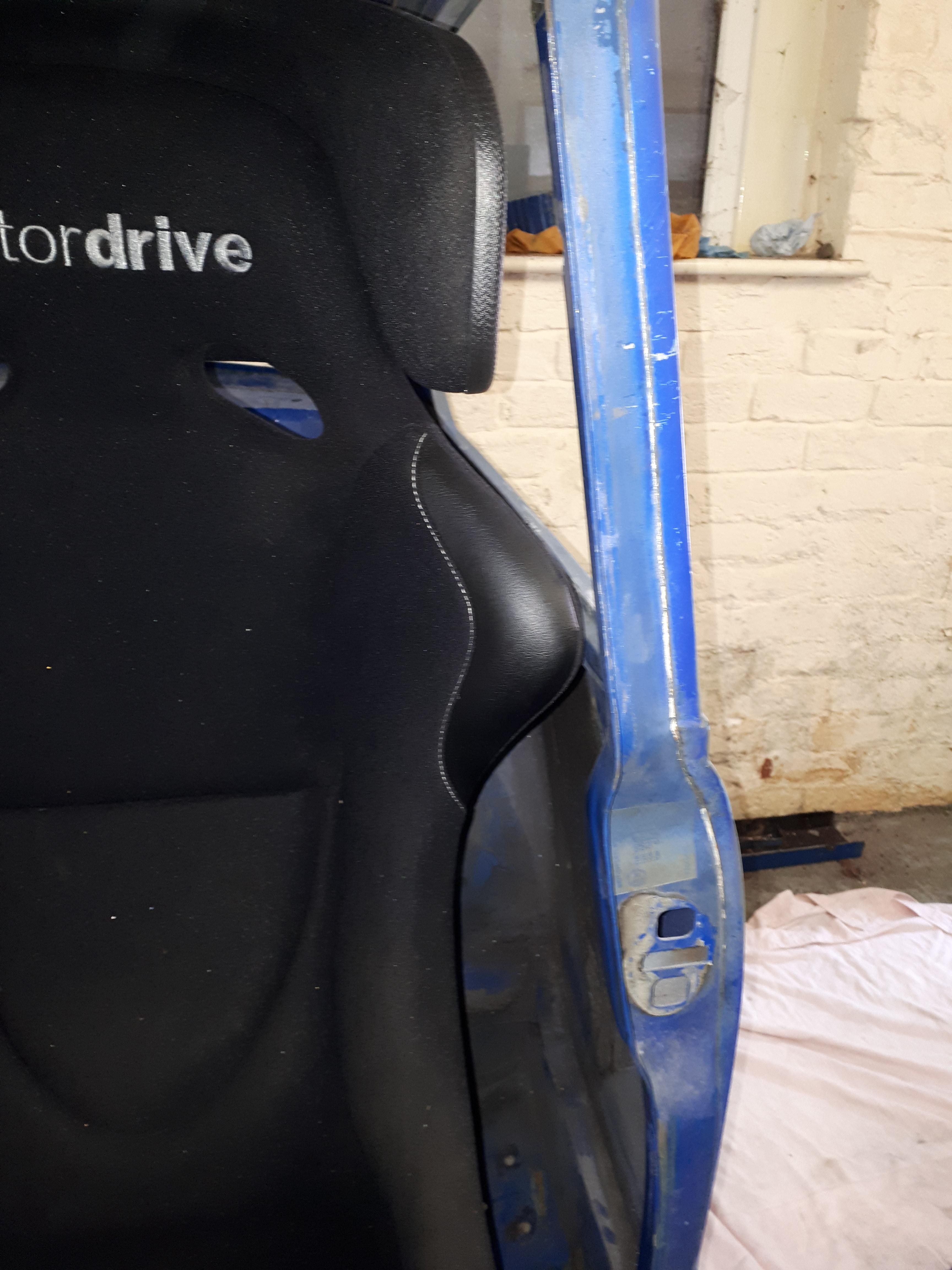 Which is also tight, it looks like it’s touching in this picture but there is a gap, and there is some adjustment on this seat which will allow it to move inboard another 10-15mm (loads of room)
So the seat can go back in the other car and all the nuts and bolts are carefully bagged and tagged to await the final build. Or the next time I need to trial fit the seat to make sure I have clearance/can reach x, y and z.
Simon

After seeing those pictures full size, note to self, work on photography skills or get a cheap camera with autofocus and image stabilisation! Phone not really up to the job (not the operator honest).

So some have you might have noticed shiny patches on the floor. These were all holes, no doubt with grommets in, 2 schools of thought on this 1) It’s a mini, there will be water in it at some point so a hole in the floor makes a handy drain sounds sensible, but I thought 14 (yes there were a total of 14 one inch holes in the floor not sure why so many, maybe the previous owner kept parking it on different angled slopes so he kept re drilling drain holes at the lowest point...). Or 2) when you hit a ford/big puddle the force of the water will blow the grommets out and you’ll end up with wet feet. I’m joining school 2 and welding all the holes up, if I’ve made the wrong decision I’d far rather be drilling a hole in the finished shell than trying to weld. 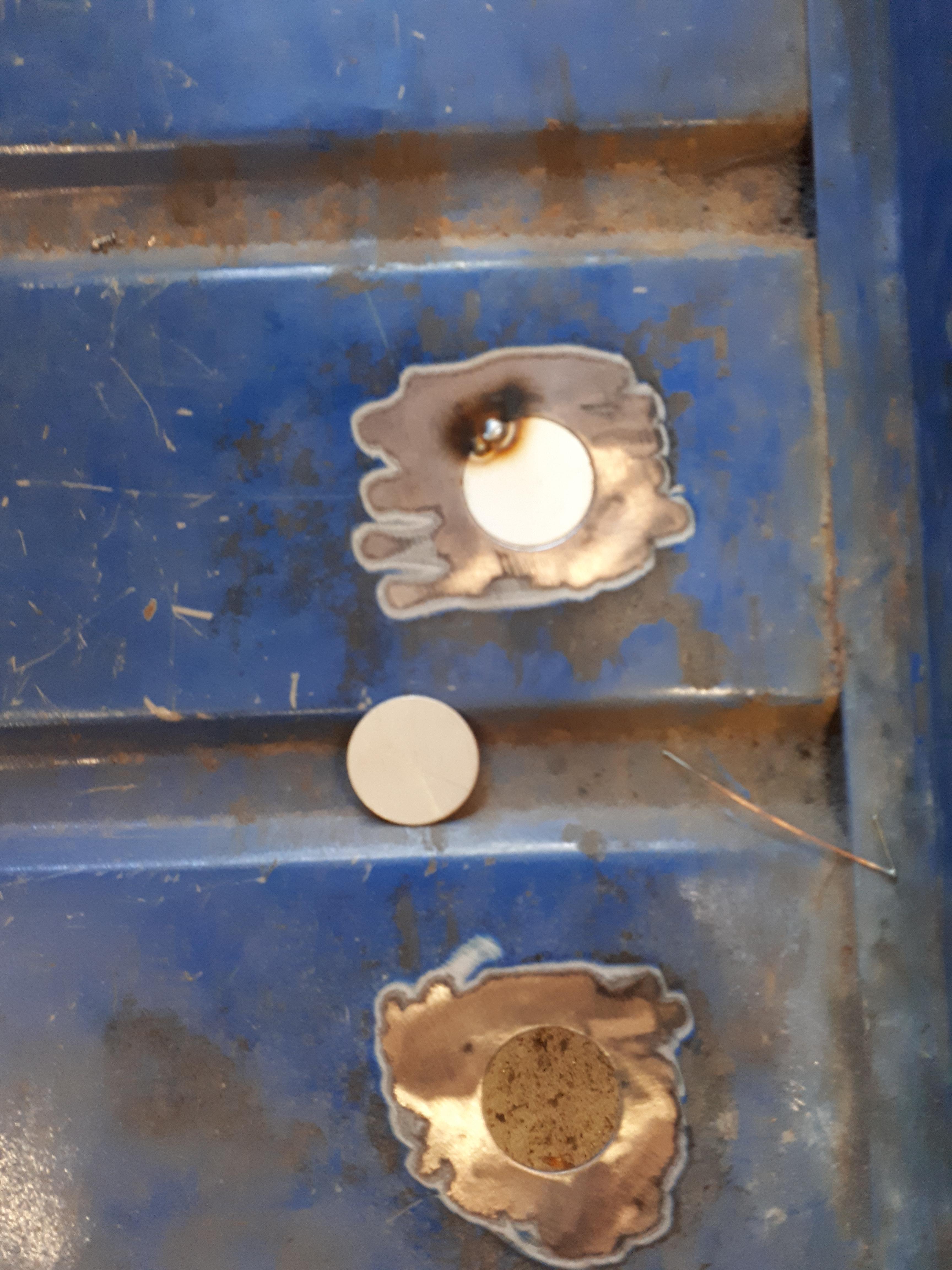 So 2 holes side by side all prepped ready to weld, one with the blank tacked in ready. The blanks were bought off eBay, plasma cut circles of 0.8mm mild steel come in various different sizes but the 25mm ones were a perfect fit with no additional adjustment required.
And welded and fettled, here’s one I prepared earlier (simple as that, honest) 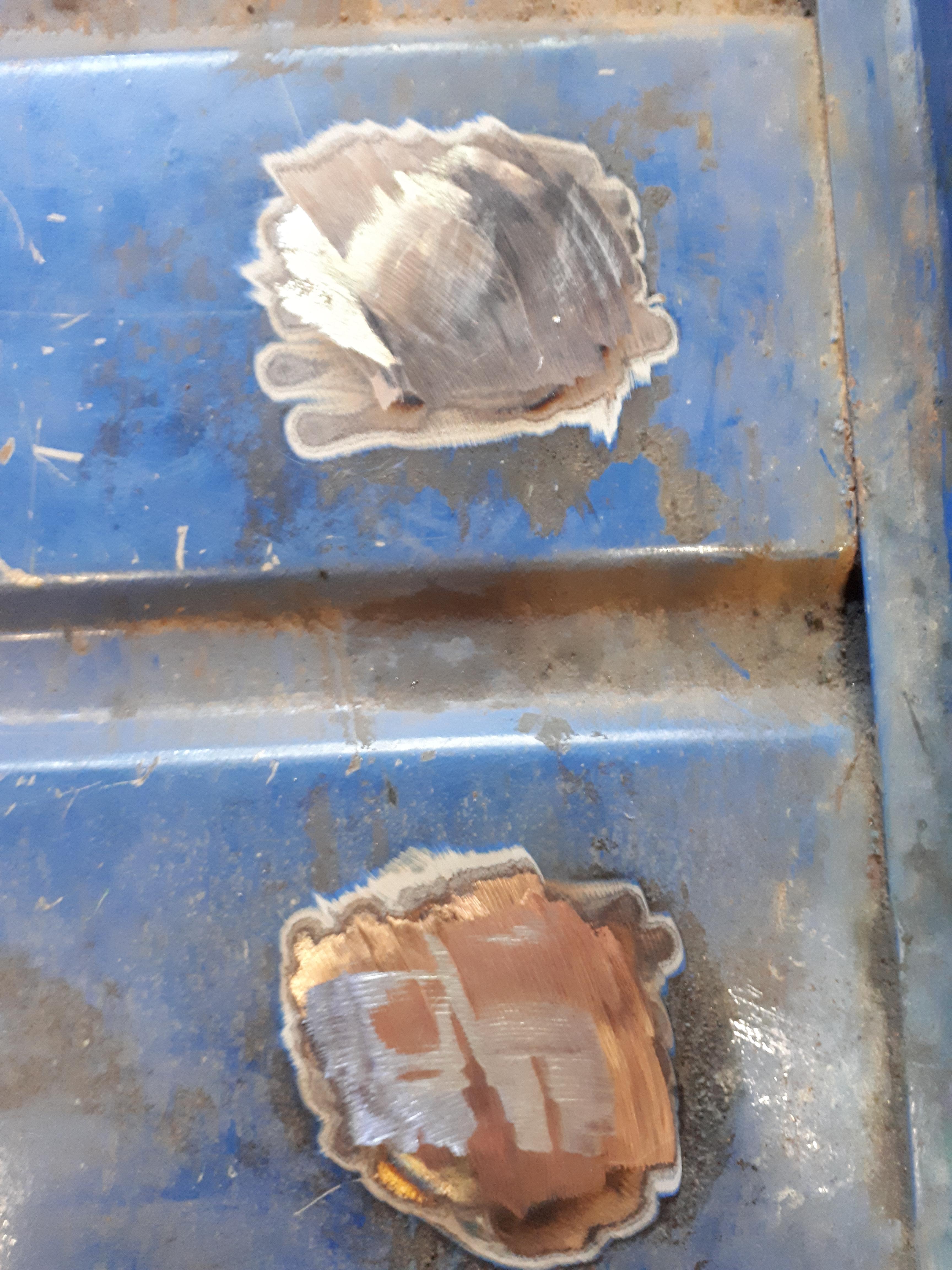 I'm all for welding up floor pan holes.... I'm guessing they're actually a hangover from the manufacturing process that were then utilised as drain holes later.... But yes, hitting a ford (water variety) or even a puddle at speed will send a jet of freezing cold, stinking water into the passenger compartment!!

I'm loving the 2up 2down lighting arrangement. Wasn't too sure at first as I like the way the clubman looks with four across the grill, but then I saw this image on the Minisport Faceballs page..... Oooooohhhhh Yeeeeeessssss (as the dog off the Churchill advert would say!) 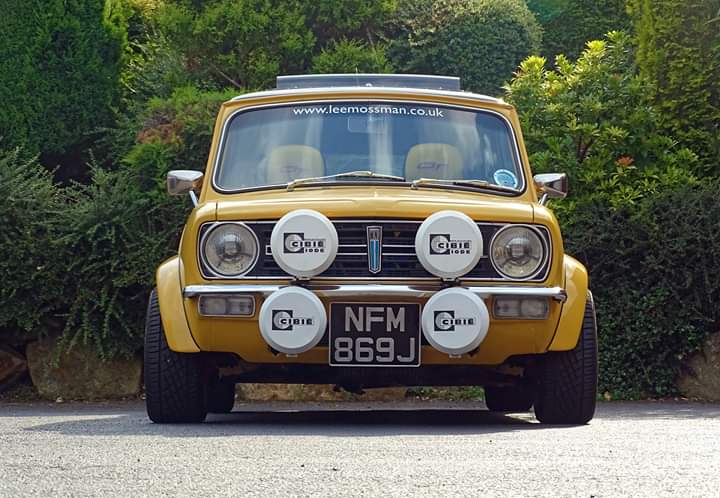