2 replies to this topic

Hi everyone, I need to get the old outer cv joint off the car (bearings have become locked around the cv and the hub wont come off) and would like to do it with the axle in situ. Do I have to drain the engine/gearbox oil first before knocking it off?

You really need to remove the hub, with the CV and Axle, from the car to get the CV out of the Hub.

Not a big or difficult job.

I usually remove the Brake Caliper (sounds like you have disc brakes), pop the steering rod end from the steering arm, pop the top ball joint and this will allow the hub to swivel out, drawing the pot joint inner to the outside of it. The the inner can be disconnected from the drive shaft (axle). You can do that by getting a long decent sized screw driver on this part of the inner in the Pot Joint 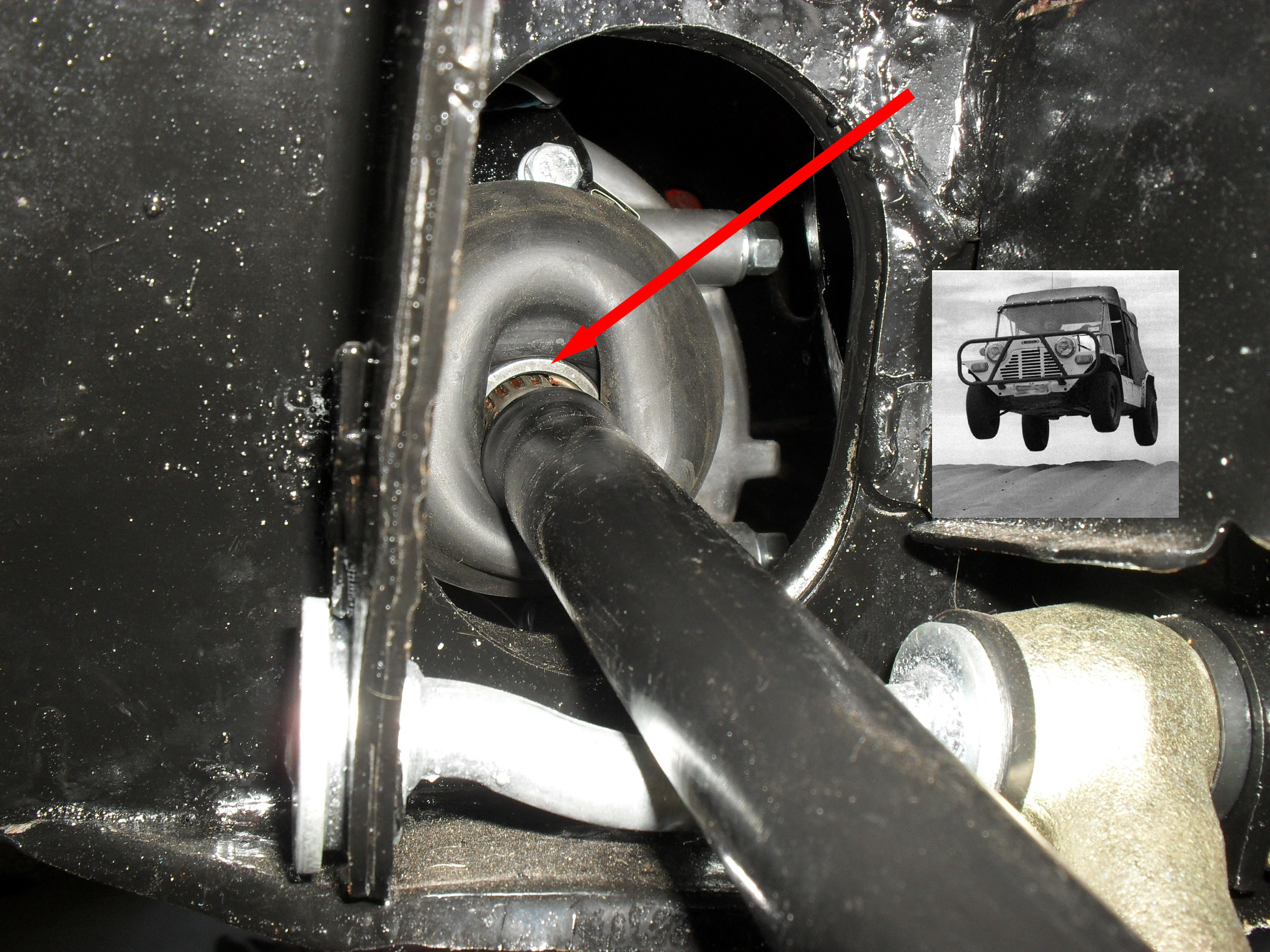 Give that a sharp tap or two and it should come clear of the Drive Shaft. Then pop the bottom ball joint and the hub will come away from the car.

There's not enough movement in the Pot Joint to get the outer CV out and clear of the hub without at least popping both ball joints.

I guess this isn't the correct way but its the way I've always done it:

Loosen the driveshaft nut before releasing the hub (generally easier whilst still in the car rather than on the bench unless you have a impact driver) , then as above to get the hub off.

But then release the inner CV joint boot and pull the drive shaft out of the pot, leaving the pot in position in the gearbox

If the bearing is stuck on the outer CV you may need a new CV as there maybe a groove (from a spinning inner race that is stopping it coming off) or its welded on (from spinning faster!)  and removing it may jigger the surface (probably, but you might be lucky....?)

You can clean the inner joint before refitting and add new grease then carefully put it back the way it came out (so as not to smear grease everywhere), refix the boot (from under the car) and Robert's your fathers brother, job done.

Also tagged with one or more of these keywords: suspension