Have you fitted the flexy pipe to the caliper yet?Steve..

Have you fitted the flexy pipe to the caliper yet?Steve..

Only to help hold the brake union in position whilst shaping the brake pipe around the subframe. They will be removed before fitting them to the Brake Calipers

Running two project threads and I am now at the point where the two are coming together. I have just removed the old 998 engine and wasn't sure where to post this bit, so I thought it would be best here.

Before removing the engine I did some research one how to go about it. I found a good thread for starters here.

My driveway slopes from the entrance of the garage to the road, so getting the car and crane of a flat surface was difficult. In the end I decided to have the crane in the garage and the front end of the car just inside the garage.

I prepped for the lift the day before, disconnecting the following items:

6. Cable from solenoid to Starter Motor

7. 3 of the 4 bolts holding on the Clutch Slave Cylinder

After removing some of the electrics I labelled up the connectors, to prevent forgetting what they were for. 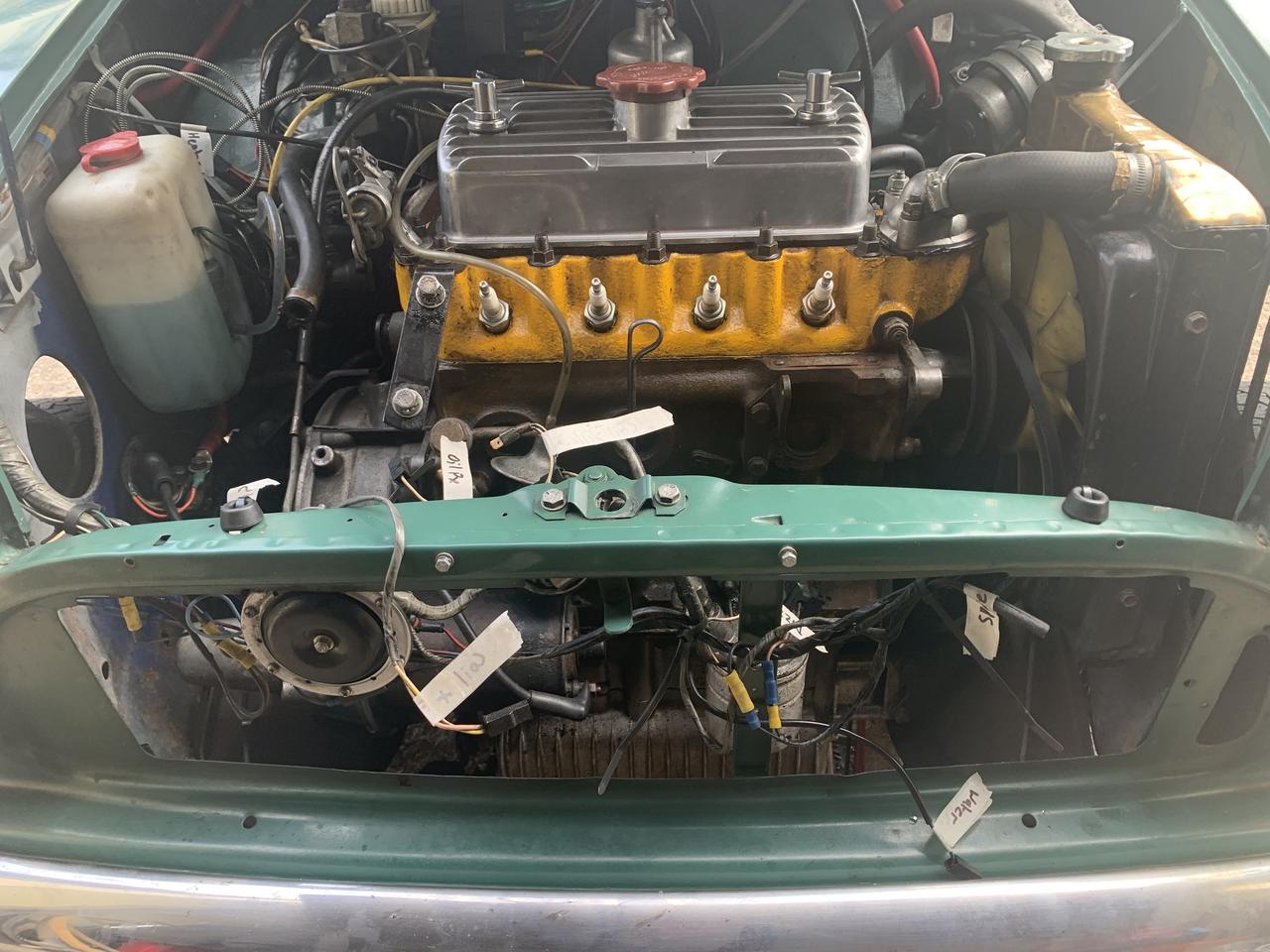 Today I removed the following

2. Slackened off the wheel nuts (Not needed in the end)

3. Inner CV Joint Boots (This was a pain as the clips did not seem to have any connector)

I do not have a load spreader but picked up a Motorcycle Lock Chain and a couple of D Shackles at a Car Boot Sale, using these along with the classic mini lifting eyes, I was able to rig up something to lift the engine.

I also found a couple of dust sheets to protect the wings. 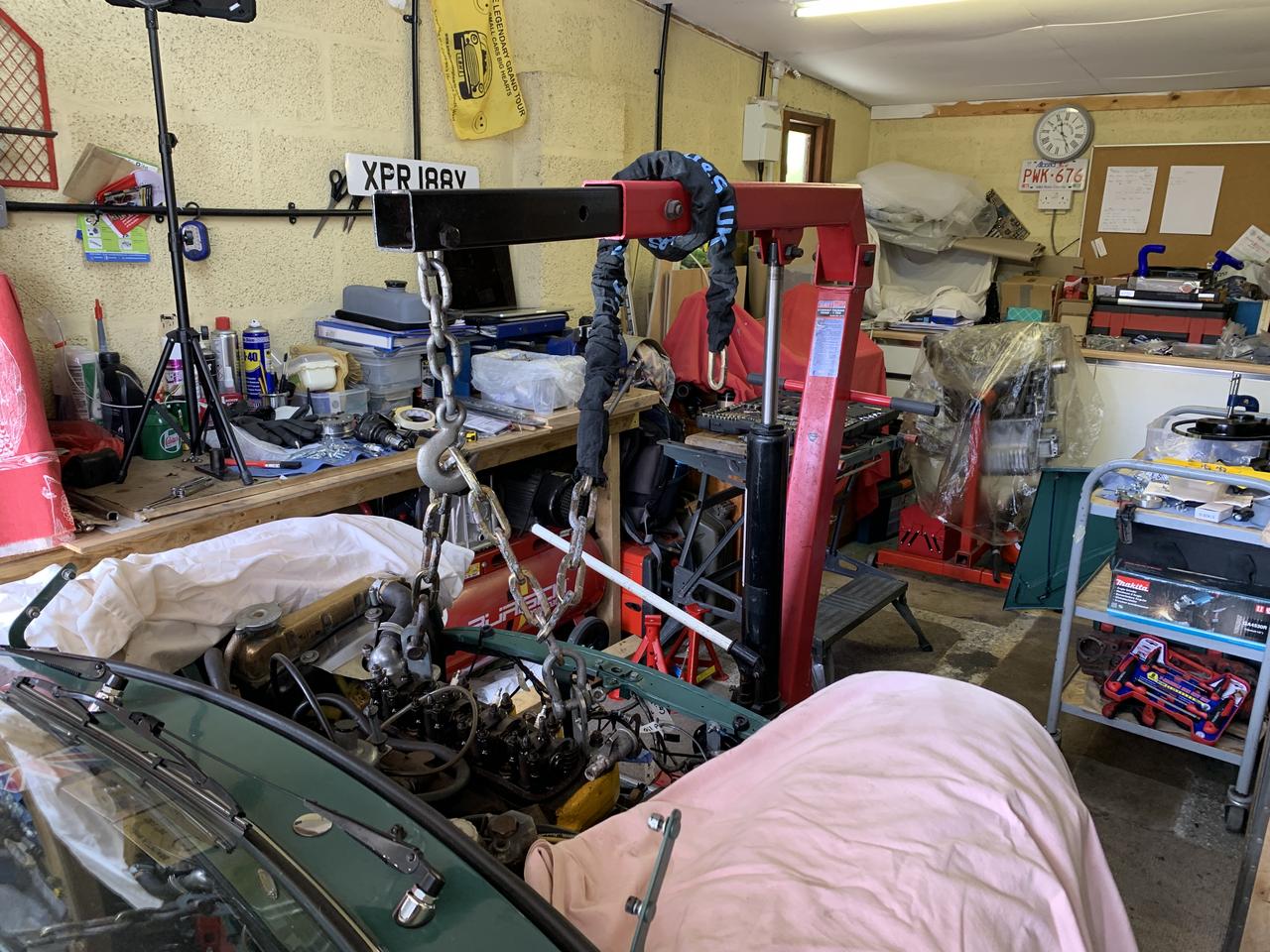 To get at the last bolt on the slave cylinder, I had to lift the engine slightly, once off I positioned it out of the way.

As I lifted the engine I realised the solenoid was in the way, so I lowered the engine and undid the screws holding it to the inner wing and pulled it clear. I should really have disconnected the battery, because if the battery + cable touched the body sparks would have flown = bad times.

With the car jacked up and on axle stands at the front I was able to get in and with some shifting around lifting the engine and manoeuvring it side to side, I was able to free up the RH inner CV first, and then the LH side. Once these were clear it was easy enough to lift the engine out. 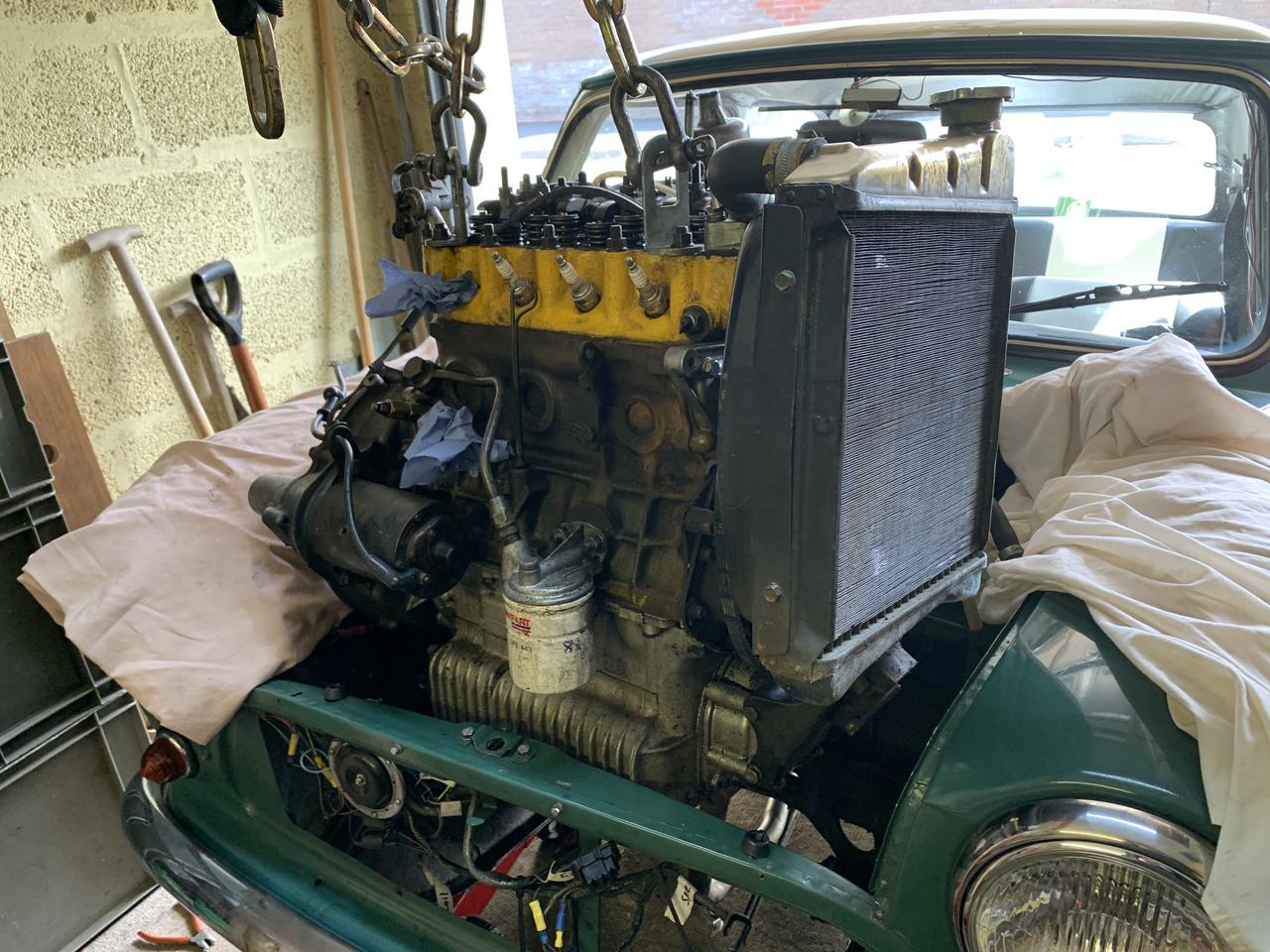 The only issue then was that the crane hit the garage door, but there was enough play to lift it clear. 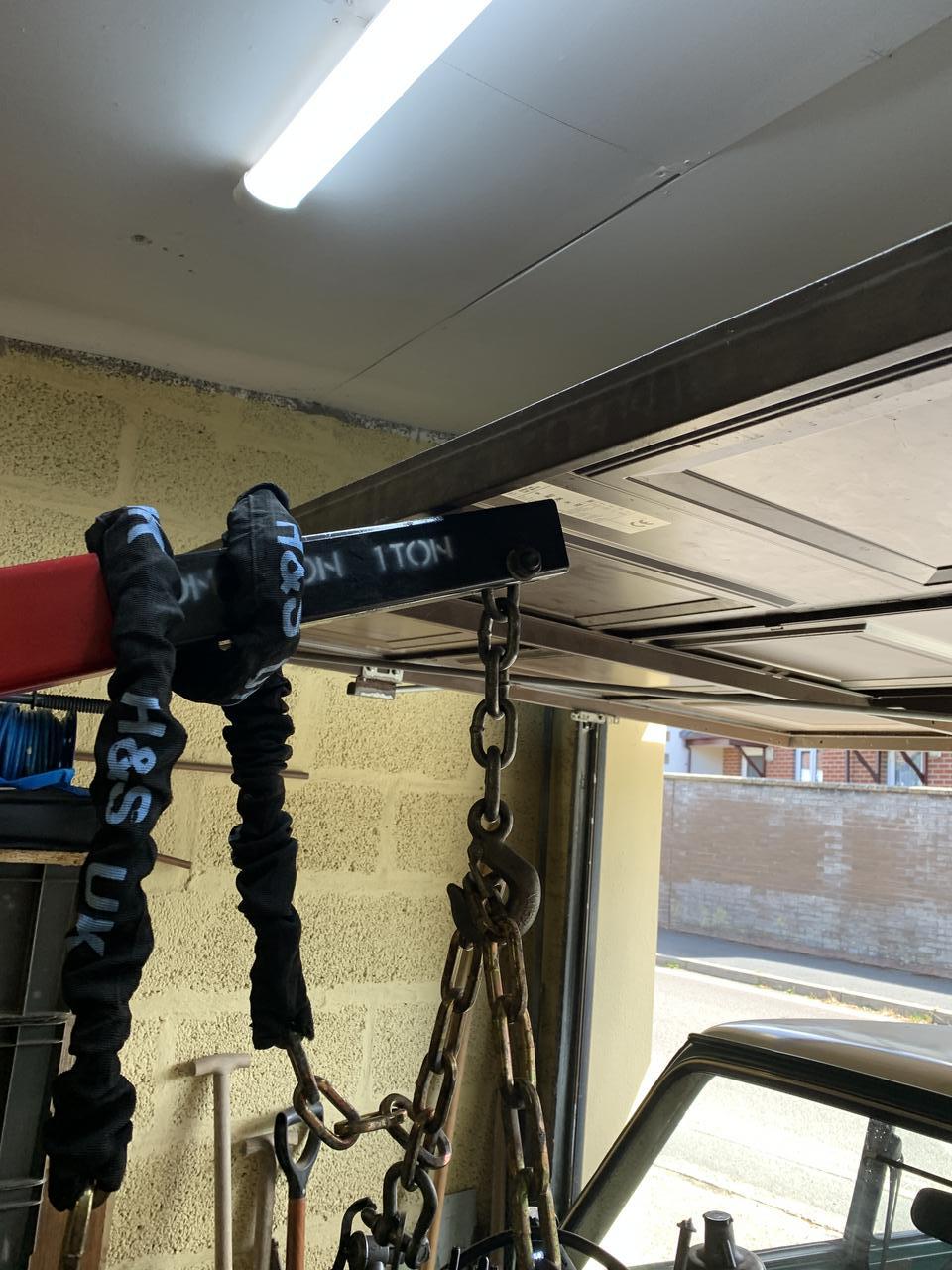 This engine has done 90K from new and is in pretty good condition to be honest. The clutch has some issues (jumps from top of the bite into gear occasionally) and the Diff Output shafts have got a bit of play, probably the cause of the oil leaks I had been getting.

The other thing I noticed, when taking of the Inner CV Joint Boots, was that, one of the inner CV joints was fully of lovely black thick Molly Grease, as you would expect, but the other just drained out, what looked like, thick oil. 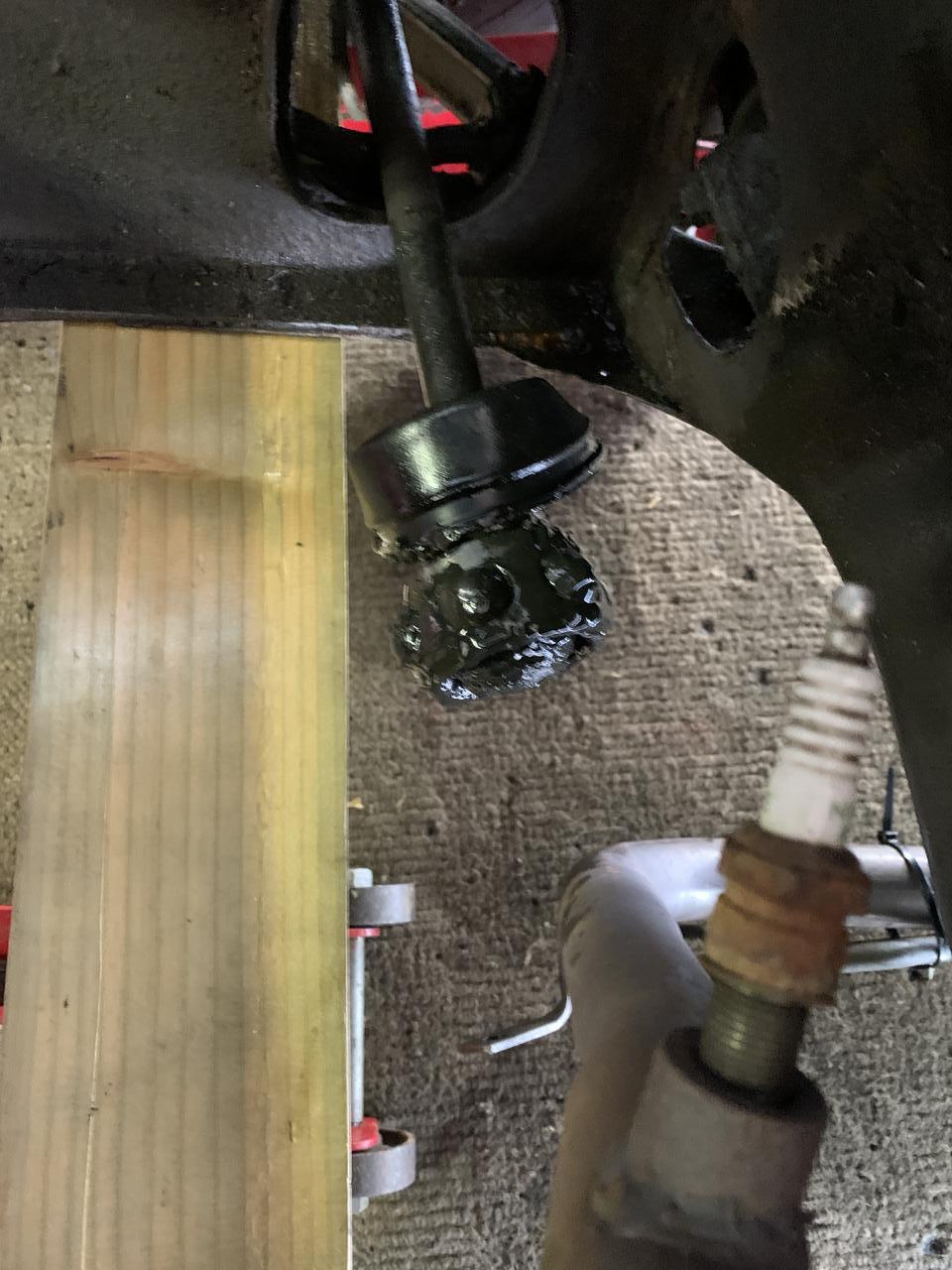 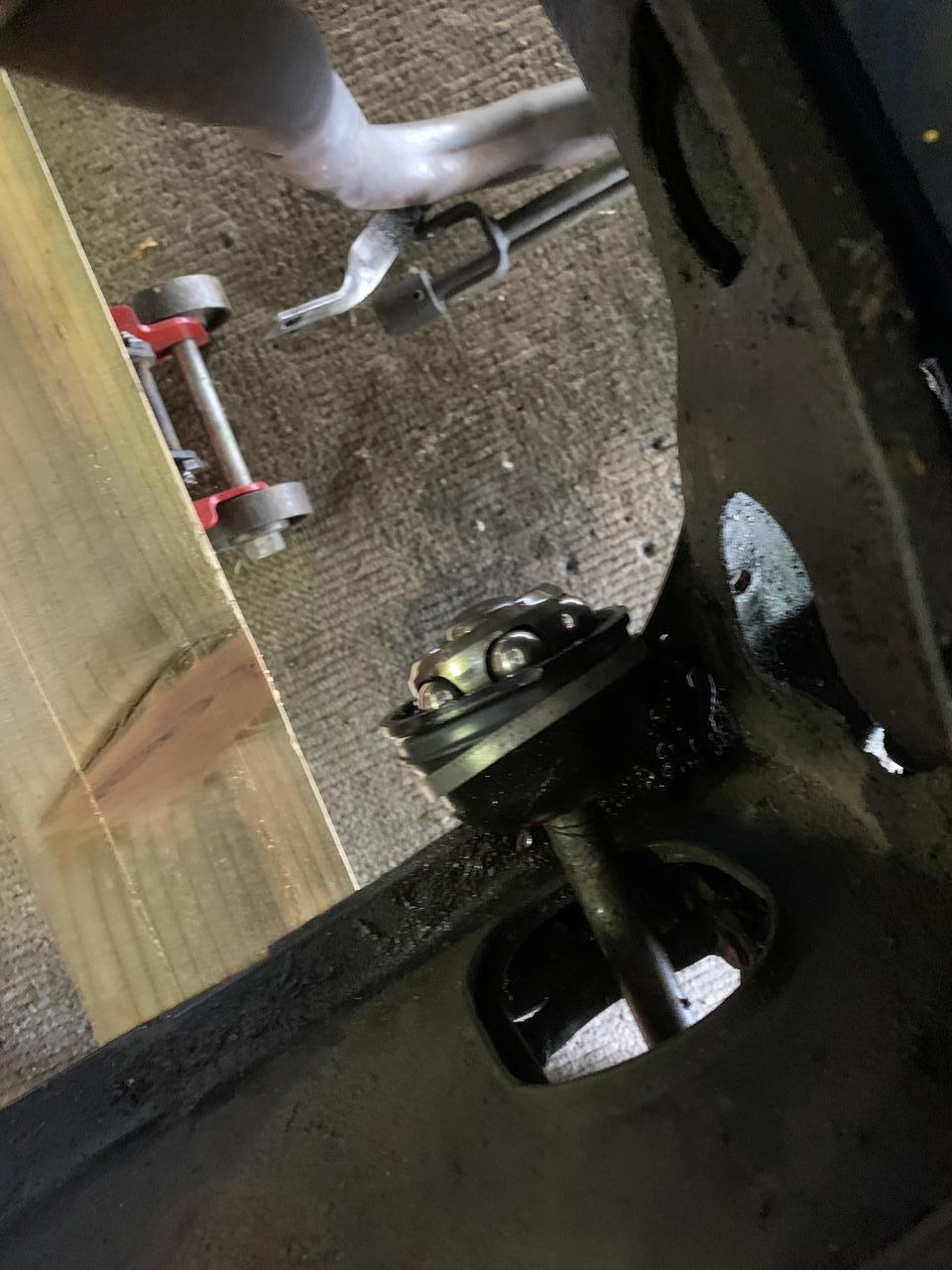 Due to the limited amount of space, I need to be able to roll the car in and out of the garage, so I tide the exhaust up to the gear shift box and tied the gear linkage up to the exhaust. I then tied everything up the the upper rear engine steady bar. 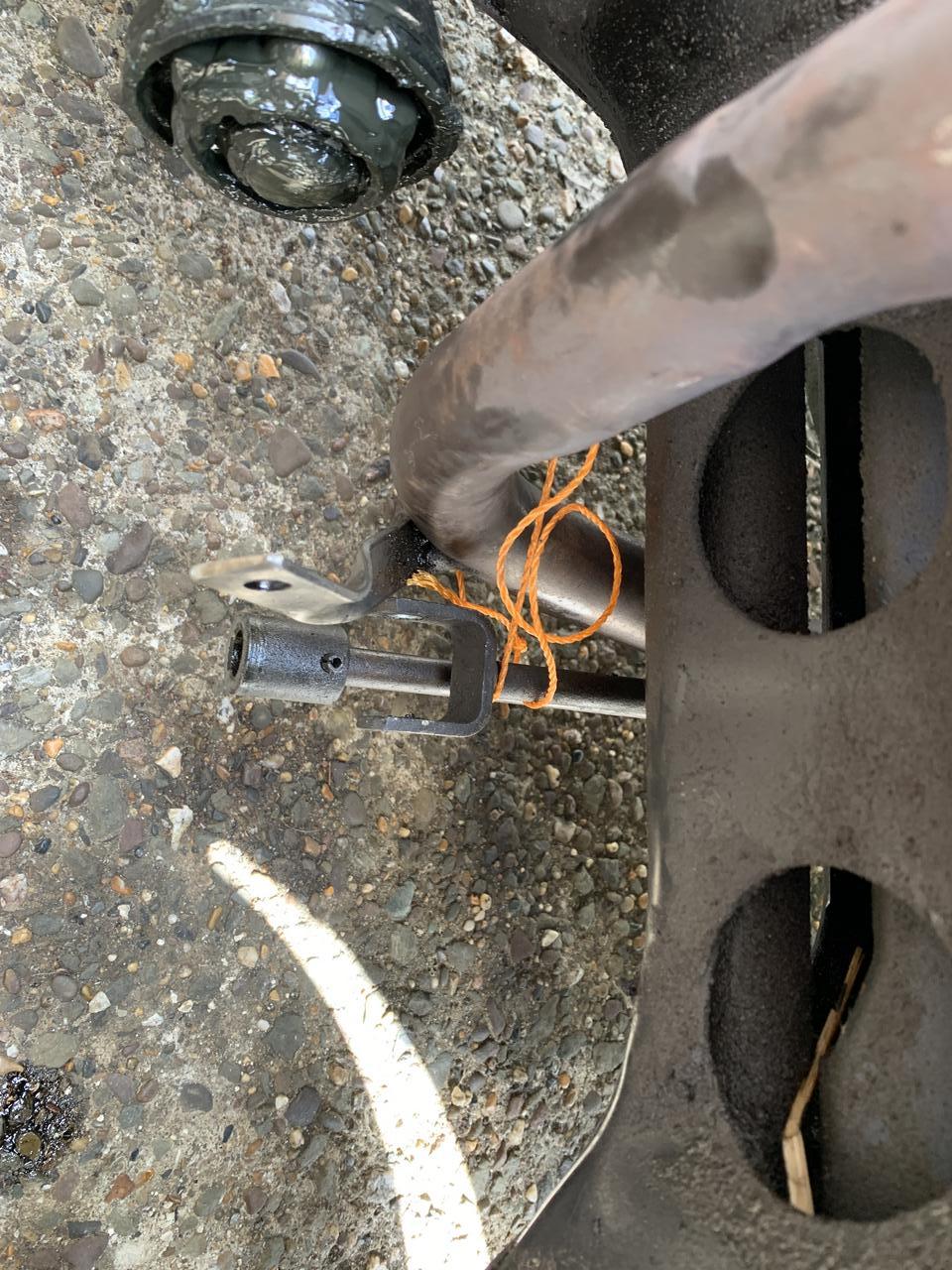 So with the engine finally out of the car, it was time to re-arrange a few things in the garage to ensure that I could still access my tools and fit an extra engine somewhere!!! 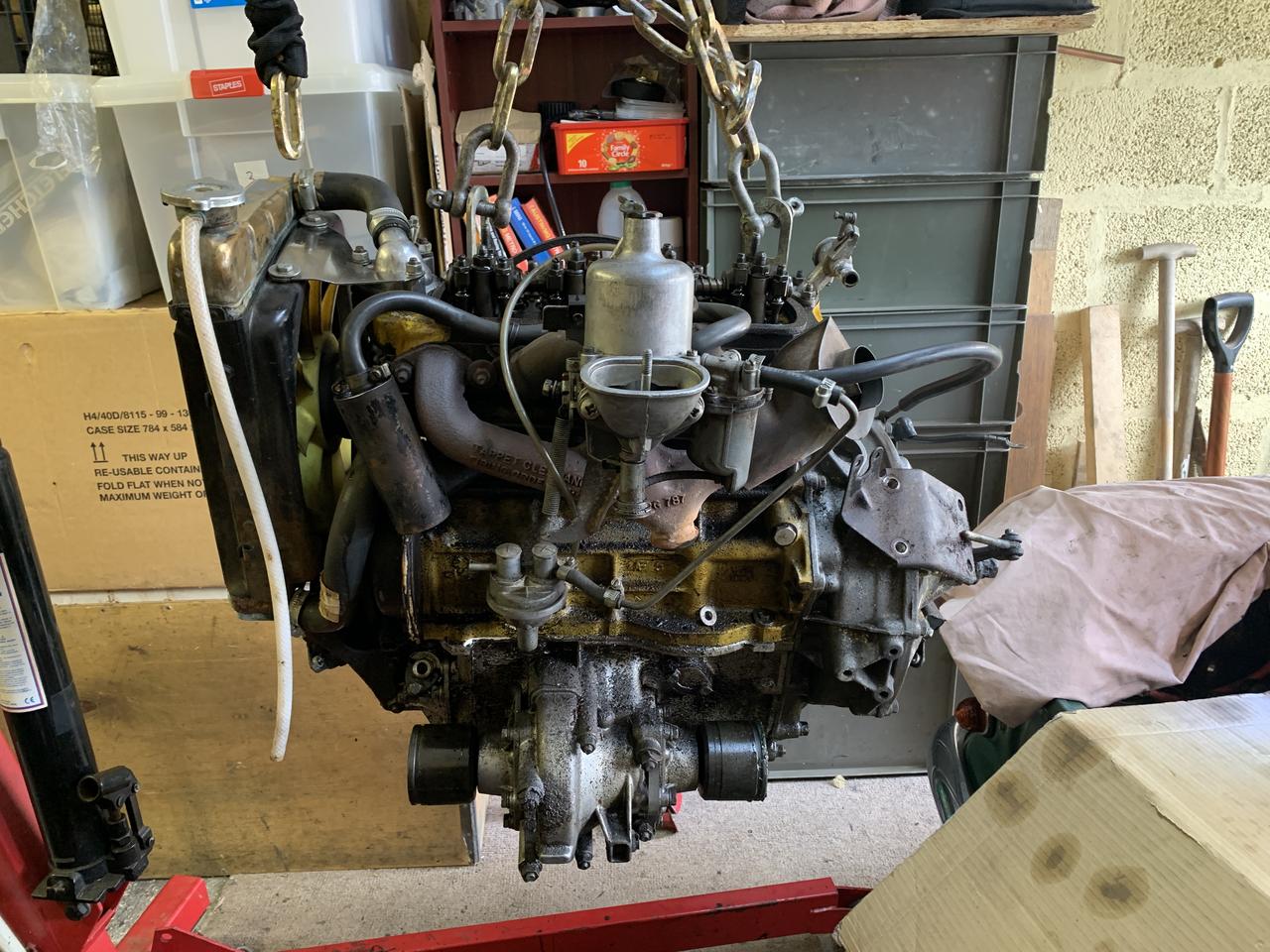 After an hour or so I moving and reorganising I managed to stow the engine safely against the wall at the front of the garage. 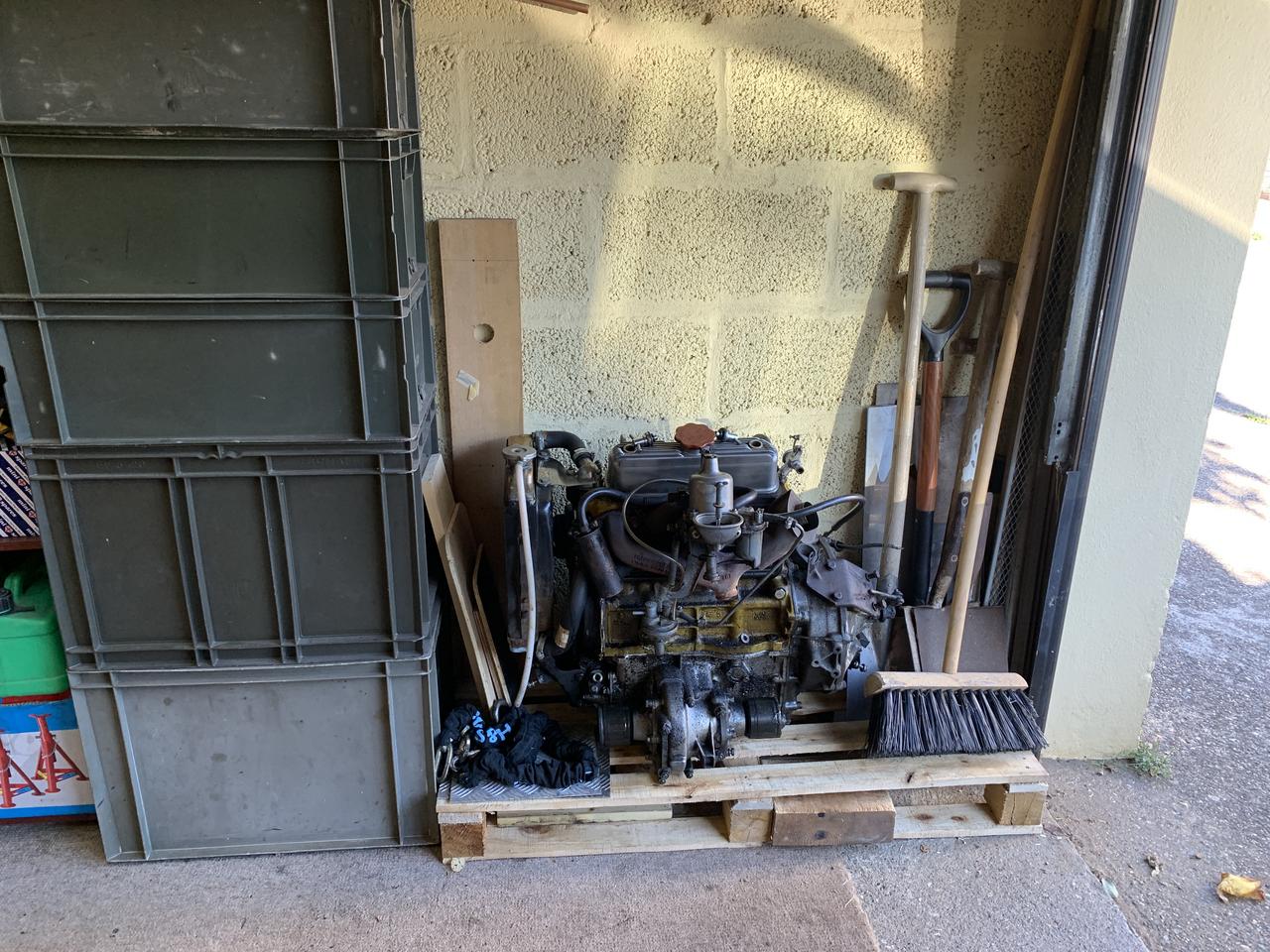 Not sure what's happening with it yet. I could sell it and recoup some cash, but although everything has gone up in price 998's just aren't fetching much money, so I may hang onto it.

Next step is to finish dismantling the engine bay (master cylinders, wiper motor etc), plan the positioning of some of the new items, then cut weld, clean prep and paint. Once the inside of the engine bay is done, then it's Subframe out and clean / paint the parts that were previously inaccessible.

Then its new engine in, connect  up and BROOM, BROOM.