Post A Picture Of The Immigrant Living In Your Garage.


55 replies to this topic

Here are my two babies...

'75 Morris Mini getting ready for a full restoration, and a 2011 Z cars Monte Carlo MiniBusa.

I got a new toy last week!

now I've got my van and this monster to work on

the pictures make it look much better than it actual is, but here's the best part:

gonna be a hell of a track car once it's ready to go!

Here's Basil, my '76 Mini (and fist mini) that is currently under a complete resto-mod.  Keeping it classic with some rare parts.

Love the rebuild!! Where in Atlanta are you? The grey/red combo is fantastic! I have a 69 van in that color combo and am restoring a 76 that I may do in the same.
Cheers!
MikeB

Sadly I don't have a garage yet, but I just got the permits to build one in the spring (once the ground thaws). 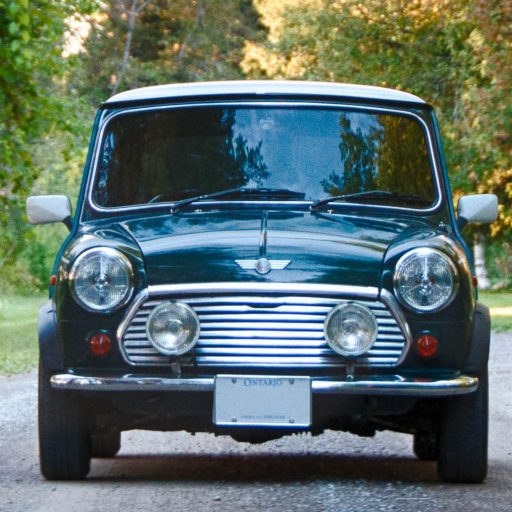 Here are my two babies...
'75 Morris Mini getting ready for a full restoration, and a 2011 Z cars Monte Carlo MiniBusa.

Are those standard car lift? Geez they look huge

I love the title of this thread...made me laugh out loud !

Some wonderful cars too. Keep up the good work chaps

Interesting that all compression rings were found to be broken in half though the 1098 had great compression and burned no oil (up to 65 mph).  Exhaust bracket to transmission was broken, exhaust downpipe lip was mostly missing and rubber u-joint had worn a fair excavation in the side of the downpipe.

Cam installed was RE 266SS with RE faced lifters, carburettor was new HIF44 with a fixed needle in hanging profile & on std Metro intake (RE long runner intake & carb/filter would not fit under the cowl), exhaust by Maniflow Cooper Freeflow into twin box.

Ignition by 123 distributor and Pertronix coil...interestingly, a new solenoid was dead out of the box, so the old solenoid was direct wired to starter with push button adjacent to ignition switch.  Fuel was delivered by electronic pump – keyed to ignition but also separately switchable.

Steel bumper was fabricated to ‘save’ Clubbie bumper & to mount driving light bar.

ROO was done at Johnsons Crossing, Alaska Hwy., Yukon after 2,500 miles when oil/filter change showed too many metal bits and suggesting that a new idler gear bearing had failed.  ROO was returned home following a beneficial agreement with the owners of a Jeep Rubicon entry who lived in Anmore, B.C. They had planned to ship their Jeep to Seattle for +$2,000 US.  ROO came home on a U-Haul tow dolly for $233 (plus extra fuel) behind the Jeep.

Hiding in the garage...

There's room for a couple more.