Hello - about time i introduced myself properly, and by way of introduction i thought i'd take a wander down my personal mini(ish) memory lane...(..hopefully i've got the image links set properly..)
First car was a '72 Mini 1000 Deluxe - 18th birthday present from my brother in law and we spent the summer putting it back on the road.  First mod. was to replace the cross-ply's with radials !! cornered much better after that.. 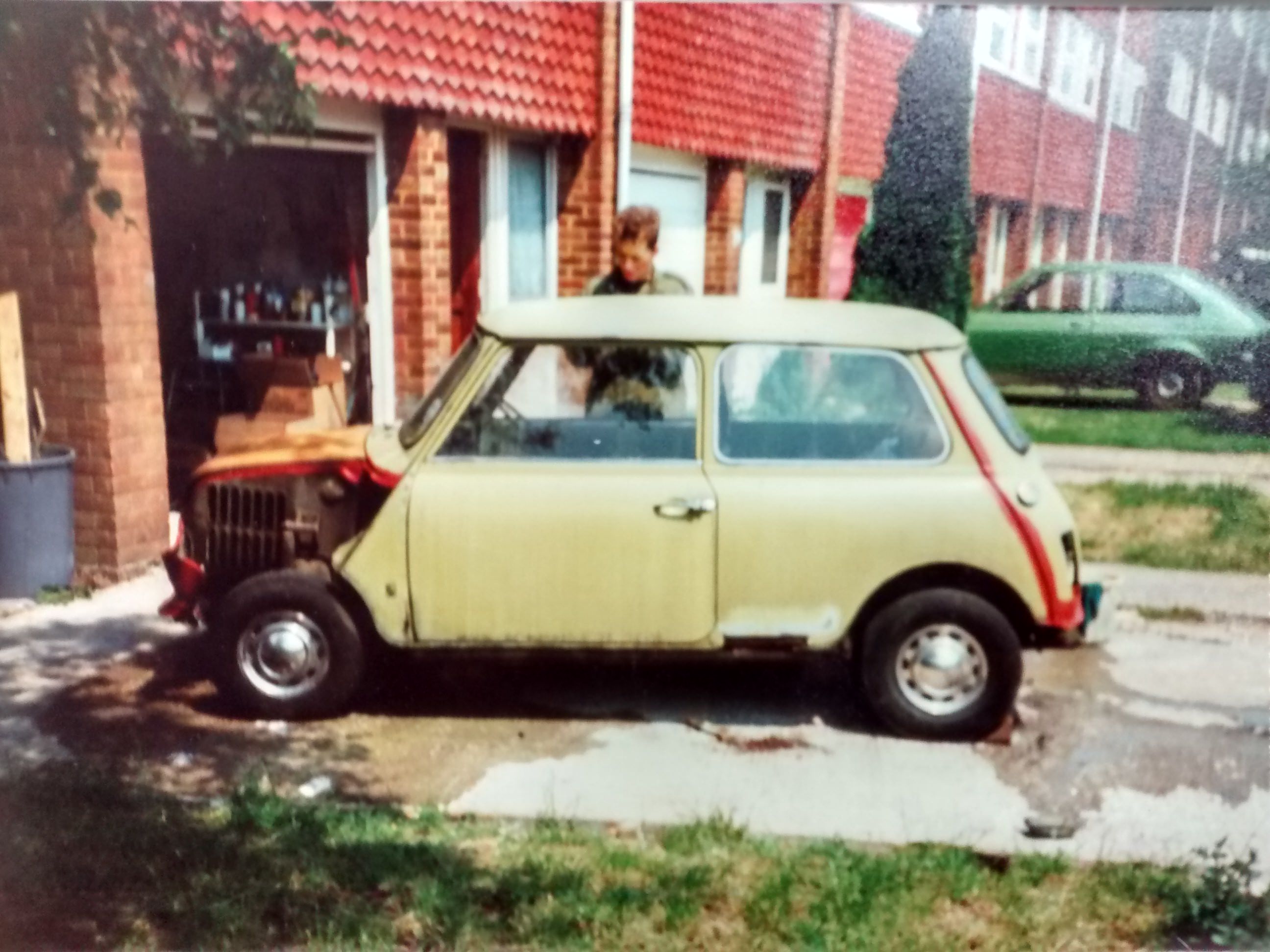 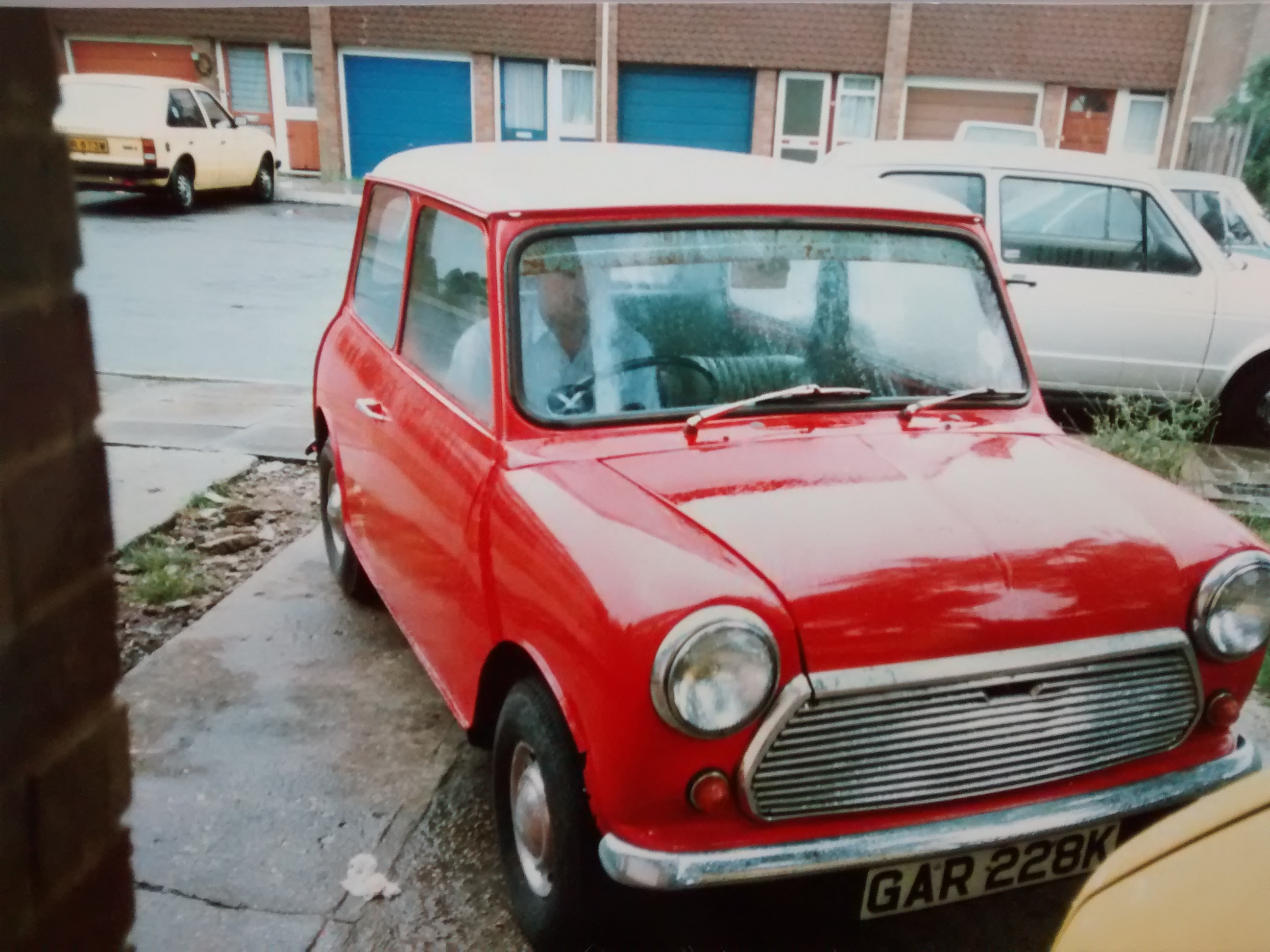 ..next up a real basket case of an 850 pickup in red-oxide primer - came as part-exchange it for my first car (in a lay-by up near whipsnade if i remember rightly) and used as a temporary run-about whilst i was doing my first solo rebuild
..also came with 12months MOT and lots of missing bodywork (not a good picture, but you can just about make out most of the bottom of the a-panel has been replaced with a hole) 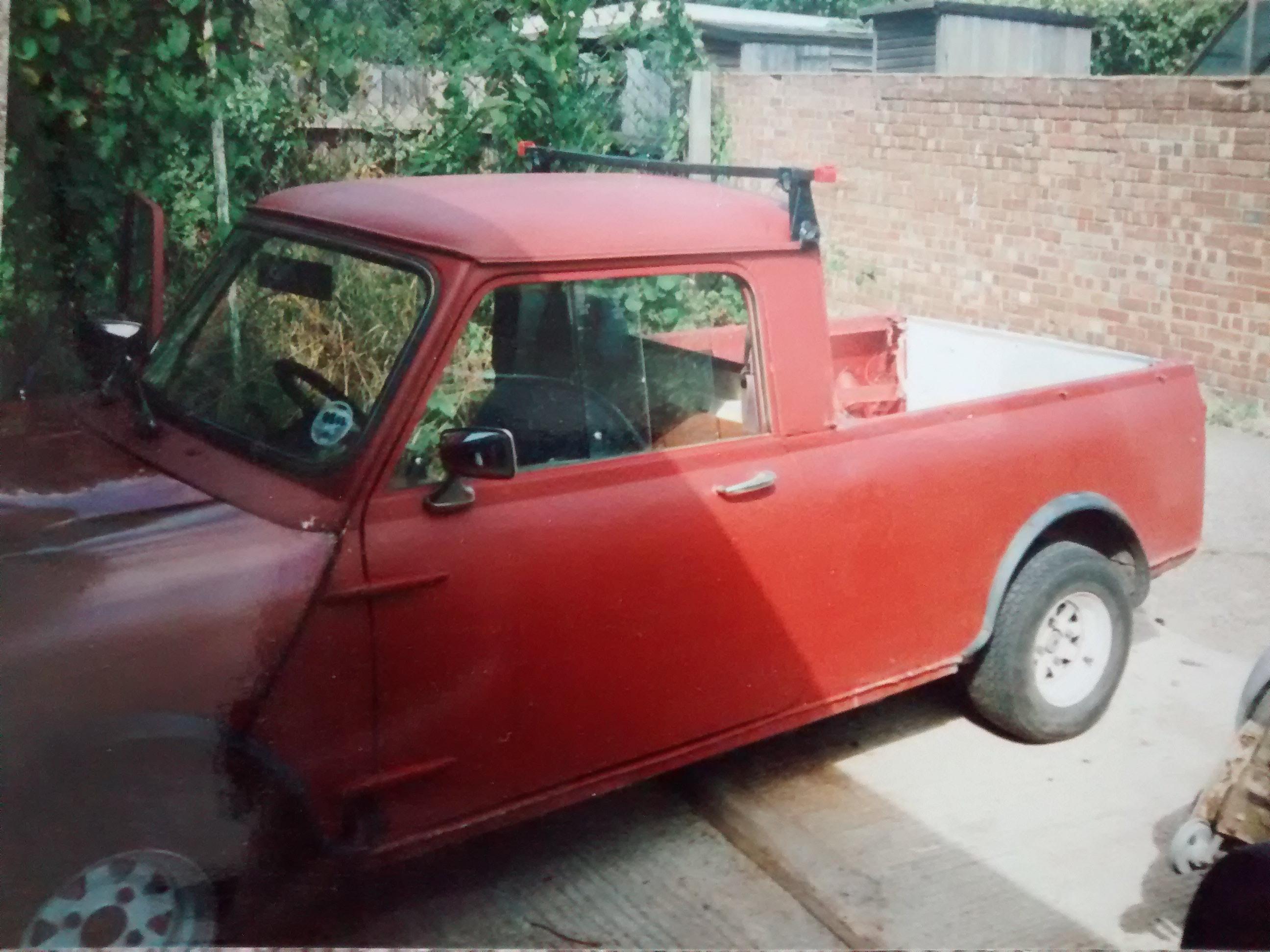 ..in the meantime, rebuilding a '77 Special Edition 1100
..at the beginning (..glass-fibre flip-front didn't make it past the mock-up stage..) 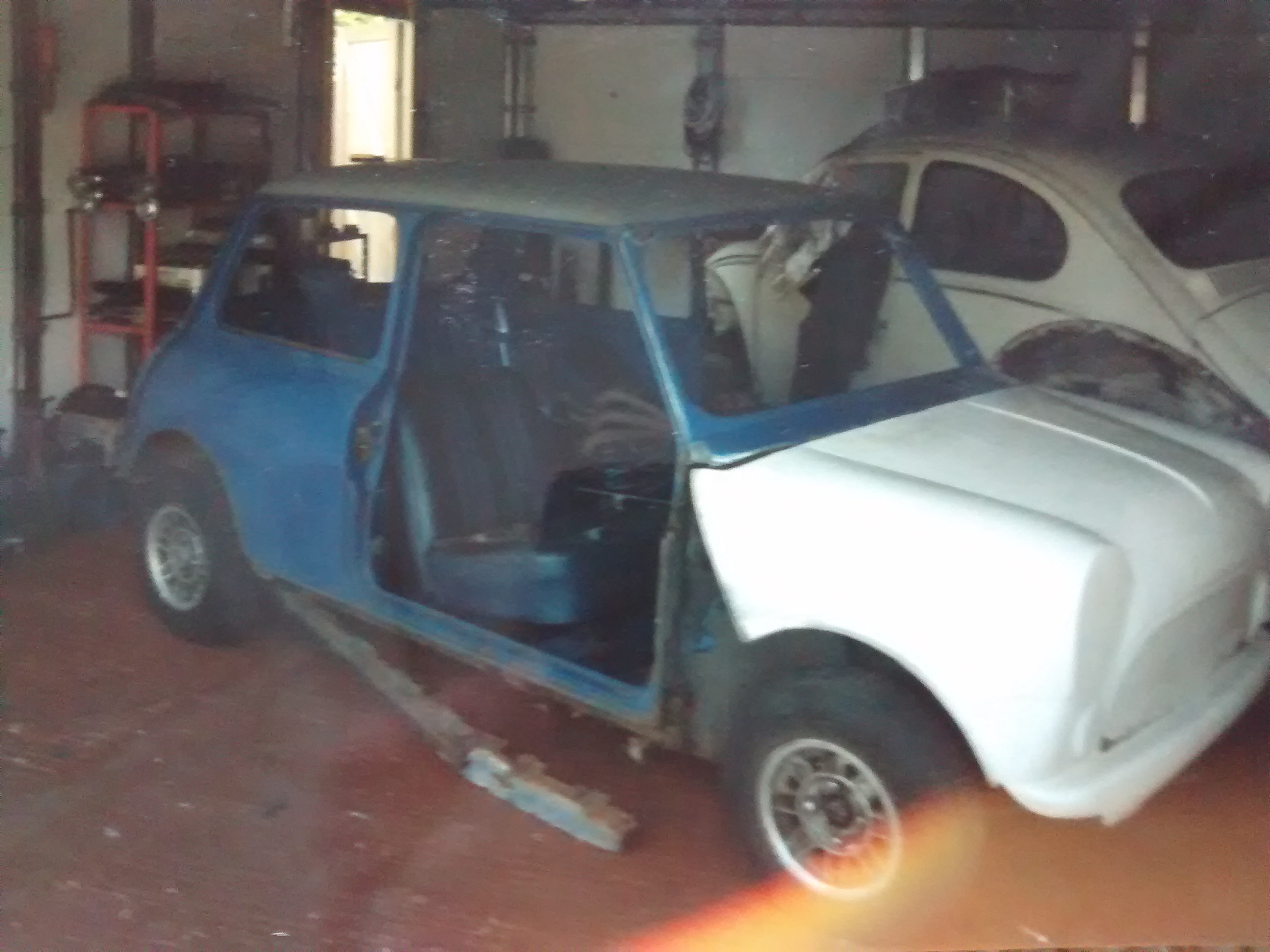 ..looking smart in Dorchester grey with a white roof.. 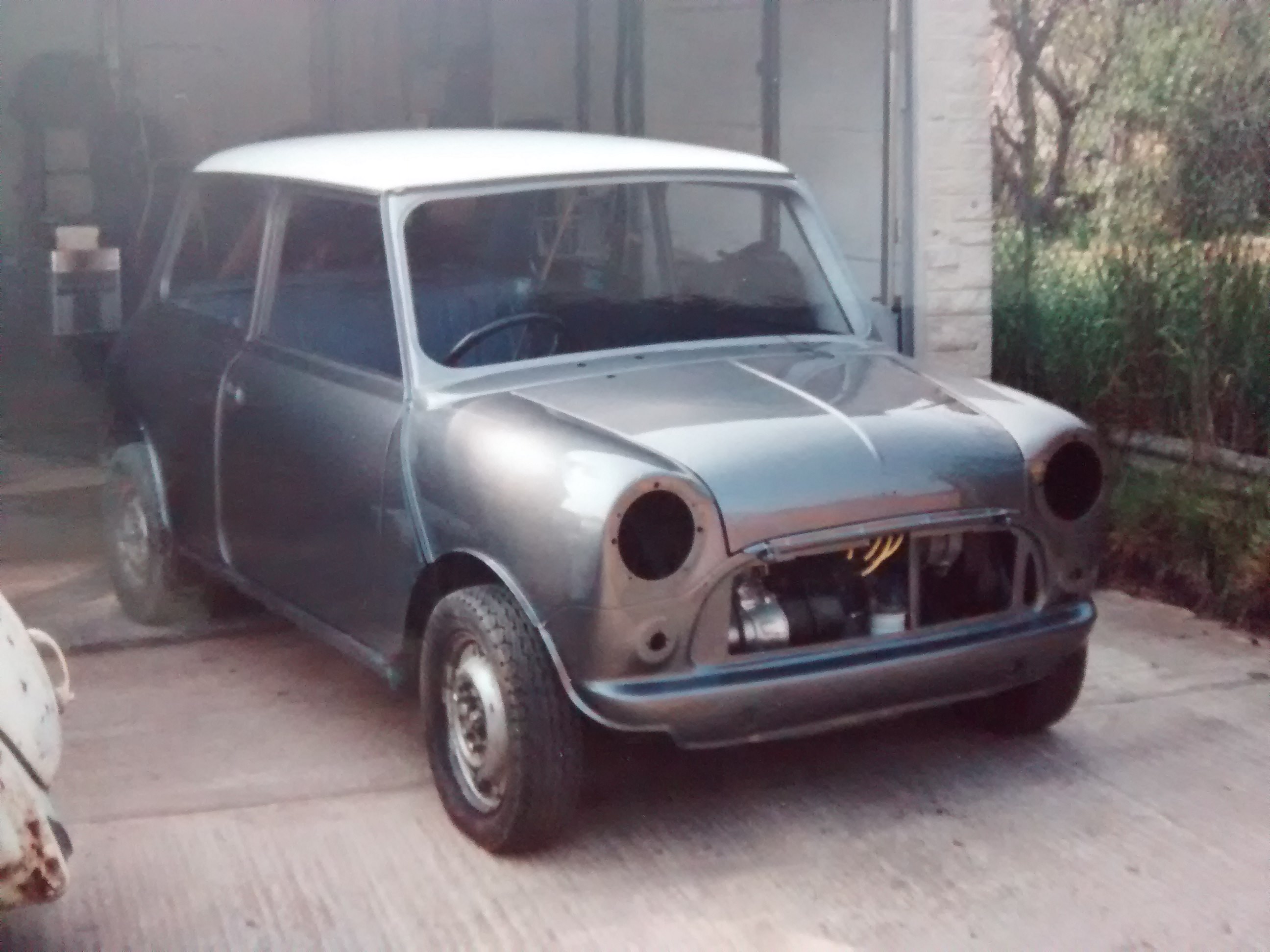 the finished item - still a big fan of the de-bumpered look.  Fortunately (..for me..) my rebuild co-incided with ERA closing down, so i managed to get hold of a full interior, two brand new doors and a fully built front subframe when the contents of their Dunstable operations were disposed of 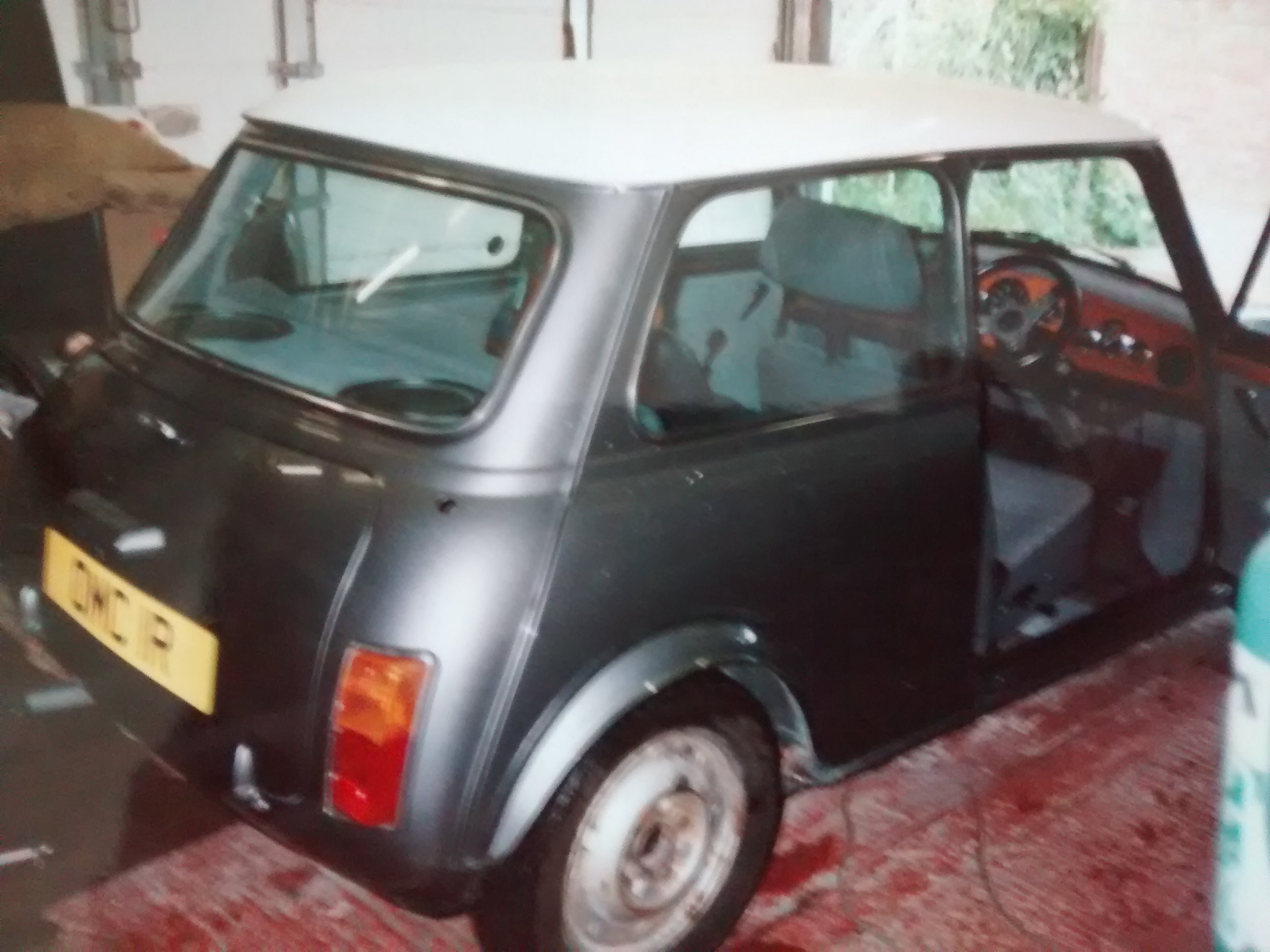 at some point i ditched the denovo's for 5x10 wellers and A008's, and invested in a set of hi-lo's to get it set just to my liking 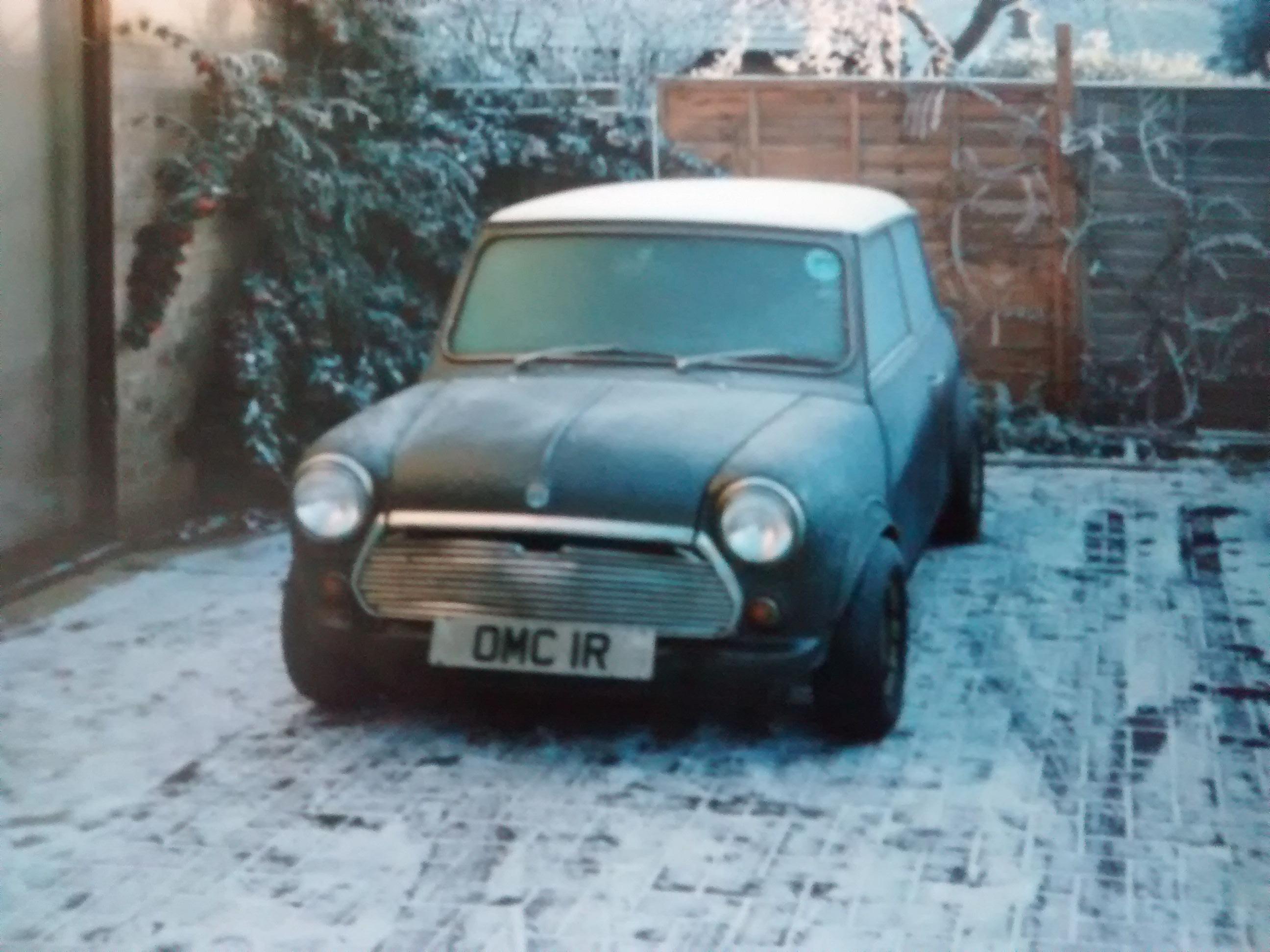 fast forward a few years and the urge for something new (..but familiar..) took hold, and the mini was replaced with a GTM Coupe 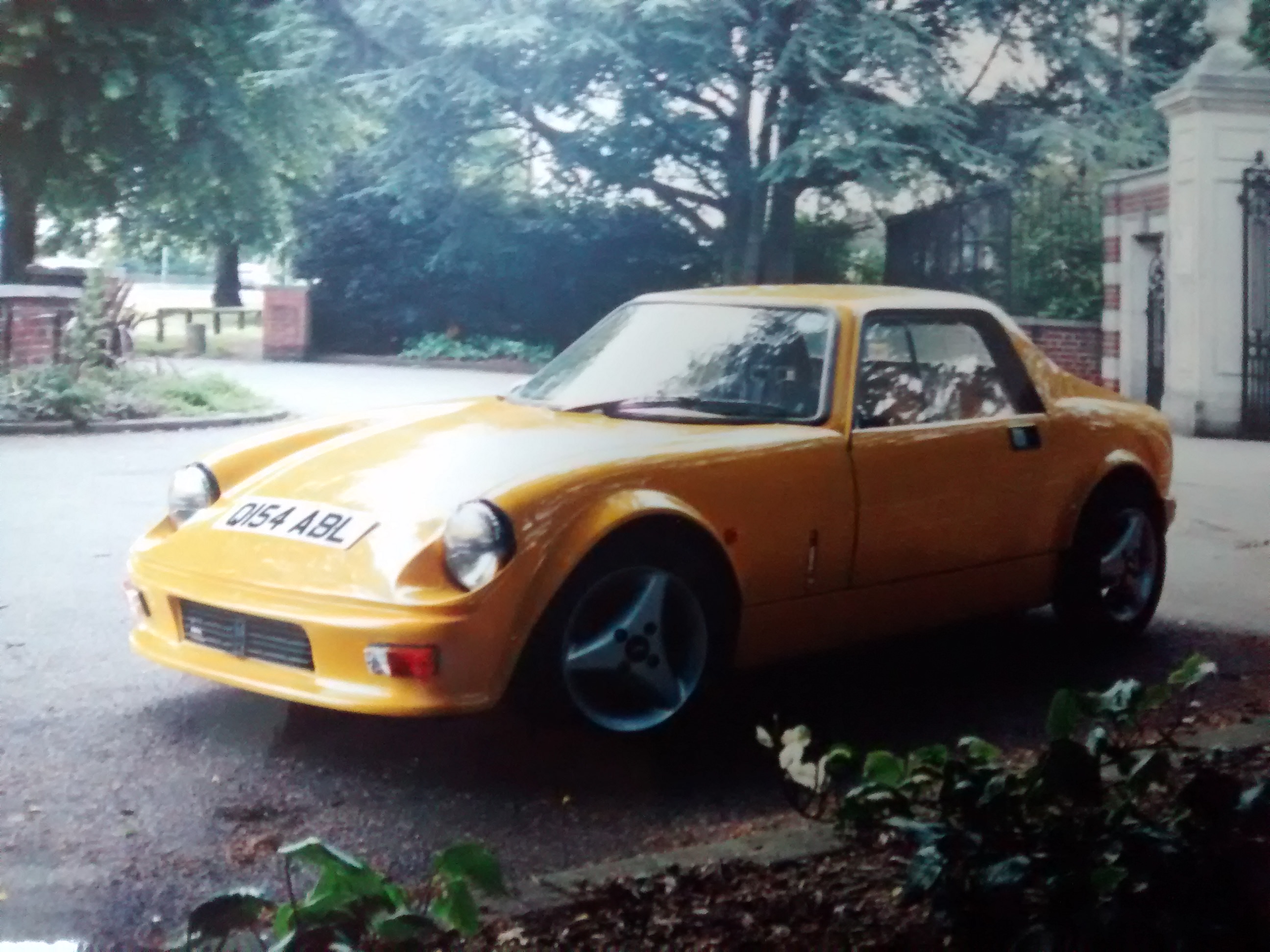 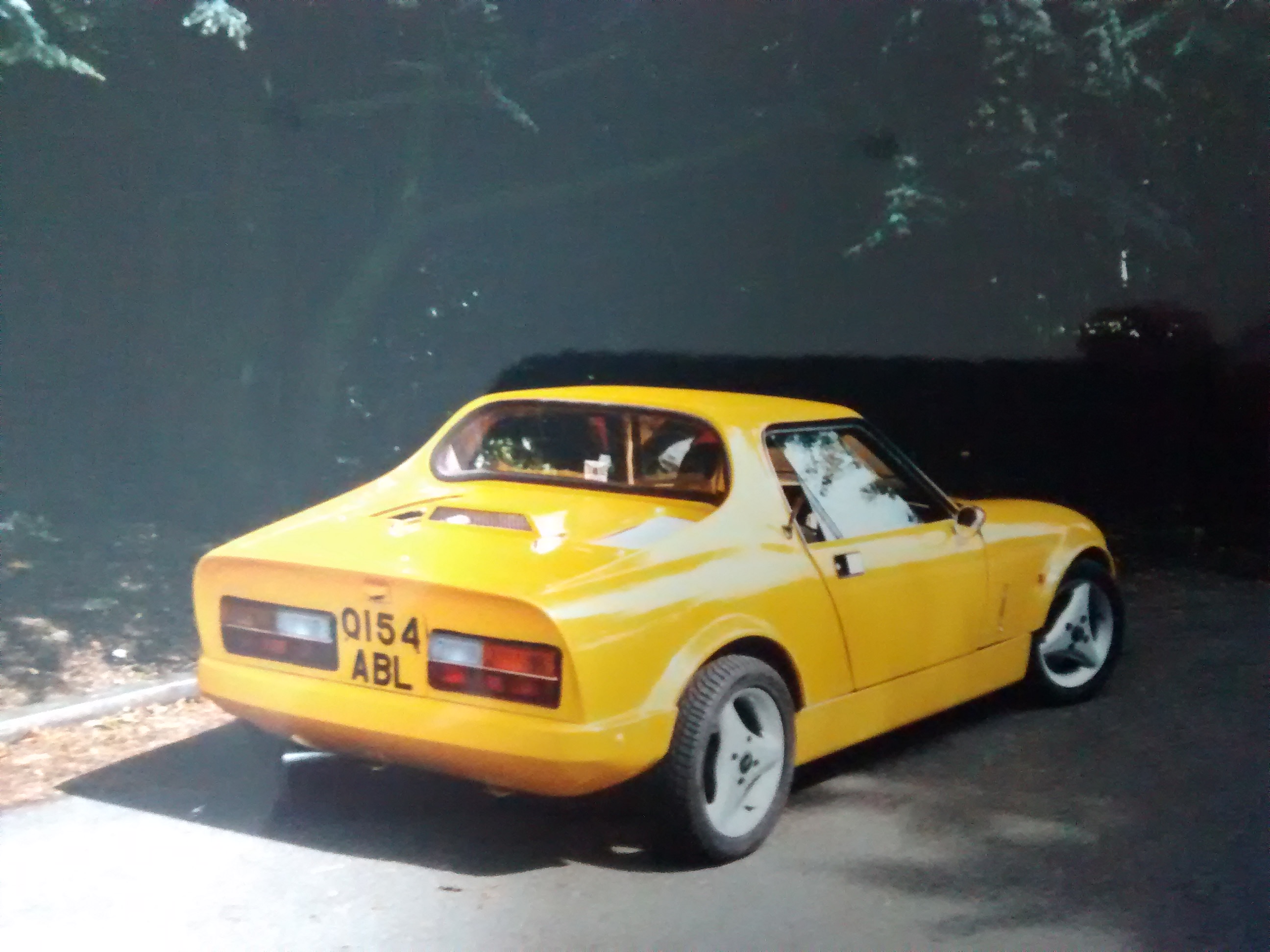 ..frightening how low down you were in that car, and it had an alarming tendency to lose the back end in the wet (didn't help having 225/45xR13's), but was huge fun
After buying a house, getting married and the arrival of kids, the Coupe's days were numbered - something a little more practical was required, so 2002 saw the departure of the yellow peril and the arrival of a (..fairly recently restored..) '81 Austin Morris 95L 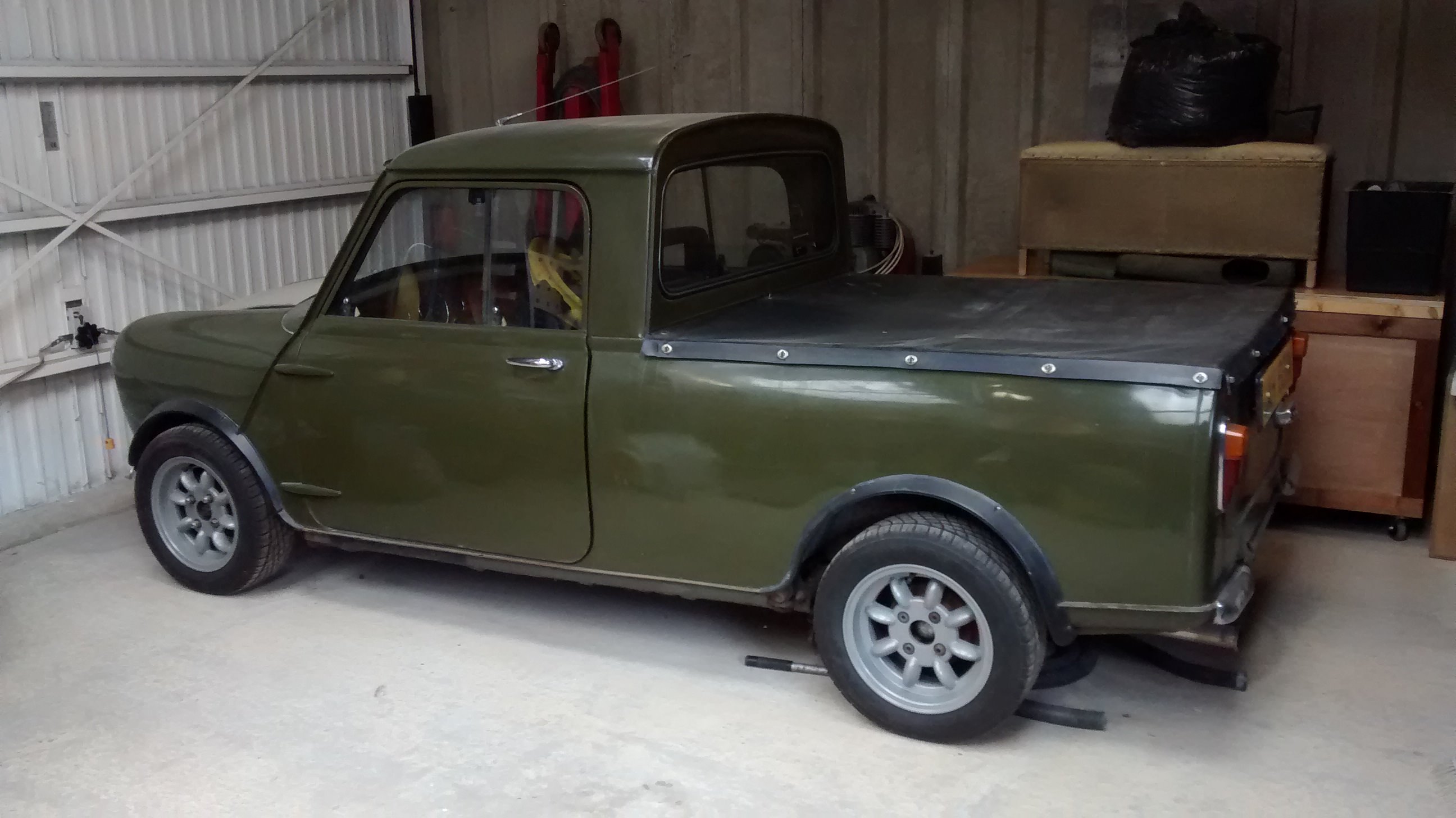 Other than dropping in the engine from my wifes Metro GTA (..i did ask first..) i didn't really do much to it, and used it as it was intended - a general utility vehicle; dump runs, endless trips to DIY stores etc 'til 2008 when it failed its MOT with a rotten passenger sill.  patched it up and ran it for another year and then retired it from active duty with the intention of a full restoration when i had the time and money to do it properly.
that time is now, so i'm looking forward to starting up a new project thread and getting a bit more active in the forum (..as a giver and a taker !) in the coming months
Pat

Hi and welcome. Nice history, looking forward to Pup resto, there's a couple going on just now so you can see what you're letting yourself in for

Thanks Panky - i'm telling myself that mine isn't going to be as challenging as some of the current restores.  a quick rubdown and respray should do it

you've gotta have some hope in your life !

Nice history. So, its the pickup you have that youre going to restore? Any recent pictures? Looks nice in the green. :)

yep - full restore.  as with most of the other pickup restore threads i'm working on the assumption that the only panels that won't be replaced are the b-pillars and roof...

unfortunately not as much progress as i'd like - strip down started last year and then got put on the back burner due to work/domestic commitments.  now need to have a good clear out so i can strip out the front&rear subbies before sending it for a media blast.  think i'll be investing in a man size box of tissues for when it comes back... 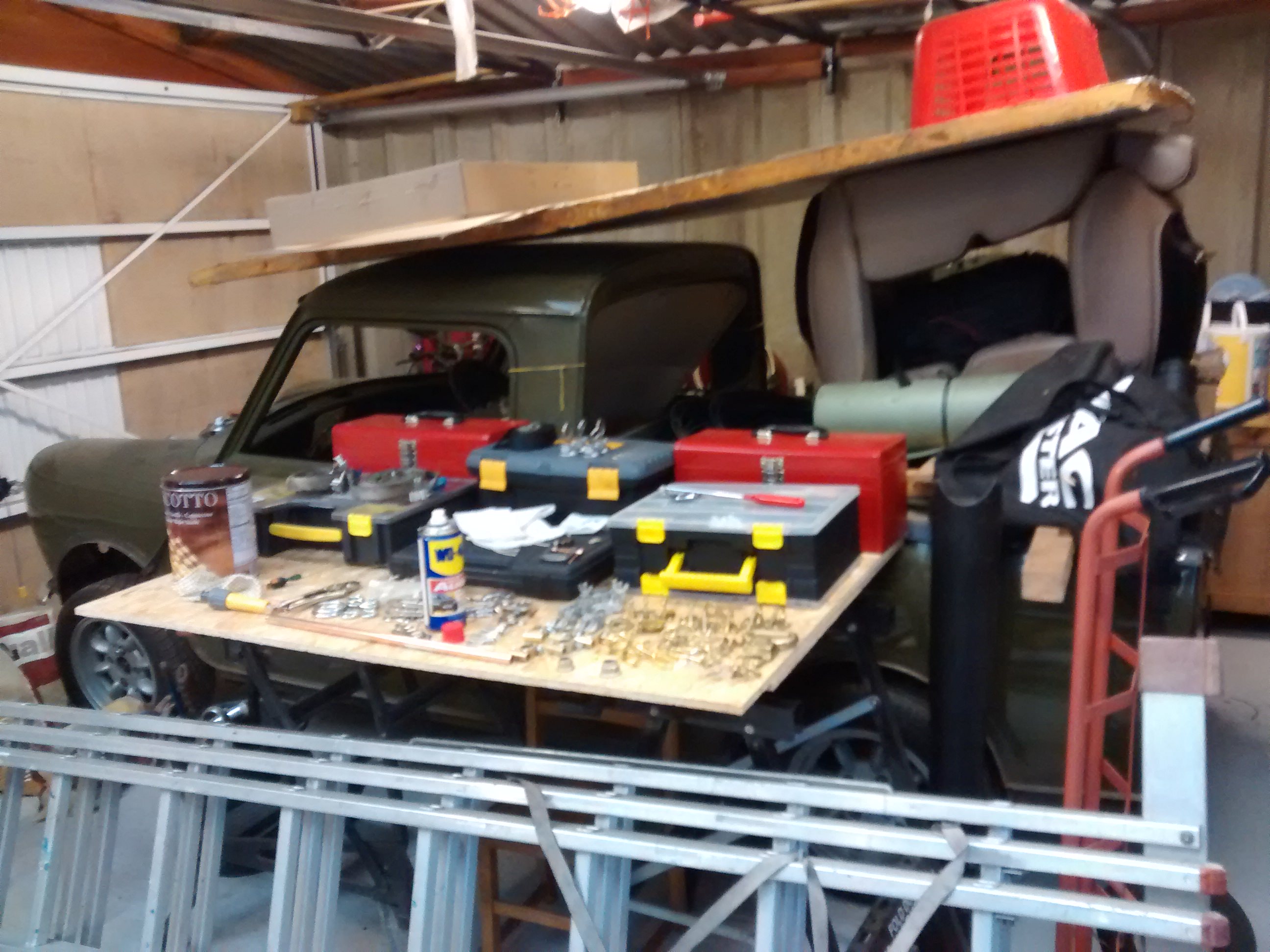 hi  - welcome to the forum

whether you be newbie, middlie or oldie I don't think you'll find anyone really cares as long as it's mini !

Try it again and we'll see what happens

The name is Gilles,

31, Male, Belgian and since last sunday the proud owner of a '97 mini. Unlike a lot of you guys this one is my First.

My dad used to own one when i was little but i cant even recall taking a ride in it.

Nice Mini History and great to see the PUP before it was stripped!