From October 1985 until around 1998, there was a NSW Branch of the SAMC, often just referred to as the NSW Moke Club. At it's peak, there were around 35 members, however at that time, interest in Mokes was declining.

Fast forward to around 2011. After roughly 23 years, Dave I made contact with me again. Yeap, still the same old Dave. He let me know that he'd just gotten back into Mokes, having recently purchased a 73 model. He'd got it cheap and was in the process of putting it back on the road.  I'd seen Dave many times since then and knew that he’d eventually got his Moke running and registered around 2013. Dave now uses it as an every other day transport,  getting him to work and back as well as running his kids about on weekends. During an excursion to Wee Jasper a few years back, he ran into another former member, Peter L, and came up with a brainwave!

With Dave, this usually means it's time to run !!

Last Christmas Dave suggested a NSW Moke Club get reunion. What a good idea I thought and mentioned it to Ross P a few days later. Ross was all for it but was adamant in regards the location, “It has to be Newnes!"

Newnes is an old shale mining town that closed down in the early 1900’s. All that's left is one of the Pubs, however in a controversial move a few years back, they lost their licence. The old hotel is now a museum that preserves the history of the town and the area in general. Newnes was always a popular spot for NSW Moke Club weekend trips.

After a few emails, phone calls and smoke signals, we managed to track down 7 former members that showed interest in a reunion. Unfortunately Terry H and his family had to drop out whilst Peter L, in a brain snap, thought he'd get a flu jab the day before leaving and regrettably, came down crook.

None the less, we had 7 Mokes (and a OV), that included a mixture of second generation and latter day Mokers;

Dave I and his two sons Nathan & Luke - second generation in the making!,

Latter day Mokers, Greg P and his daughter Jema (in what now appears to be Jema's Moke), and 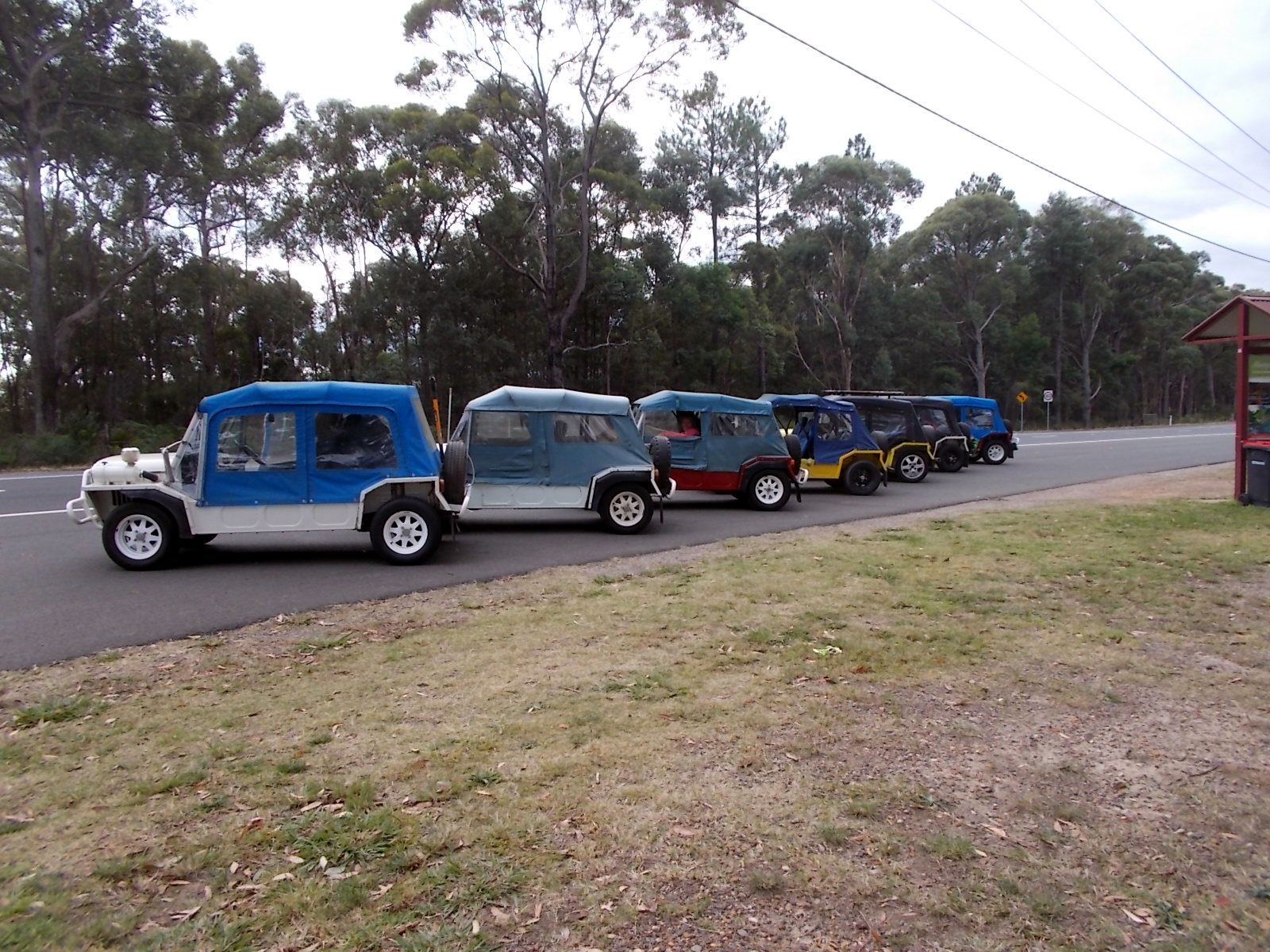 The inaugural 'kick-off’ photo. All lined up and raring to go !!

Our carefully planned route was to take us from Kurmond, up the Bells Line of Road, through Mount Tomah, Mount Bell, and Mount Charles, all around 900 - 1000 metres above sea level - goodness!!. And who says Mokes can't fly???? Our planned departure point for this interesting old War Time road trip was Clarence formerly Newnes Junction), in more recent years better know for the historic Zig-Zag Railway.

Heading on up from our meeting point it was cool, there had been some snow only the day prior and in fact, the last section of this wonderful road had been closed due to snow falls, but had opened again only the evening before. 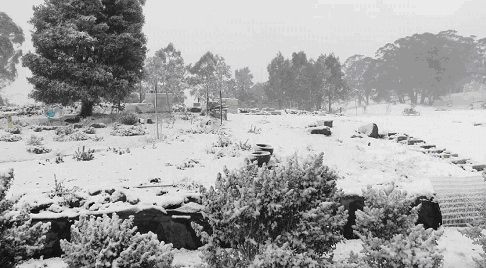 Arriving at the old Zig-Zag Railway train station, we turned off into the Wollemi National Park where we stopped for 'elevensies' (morning tea). 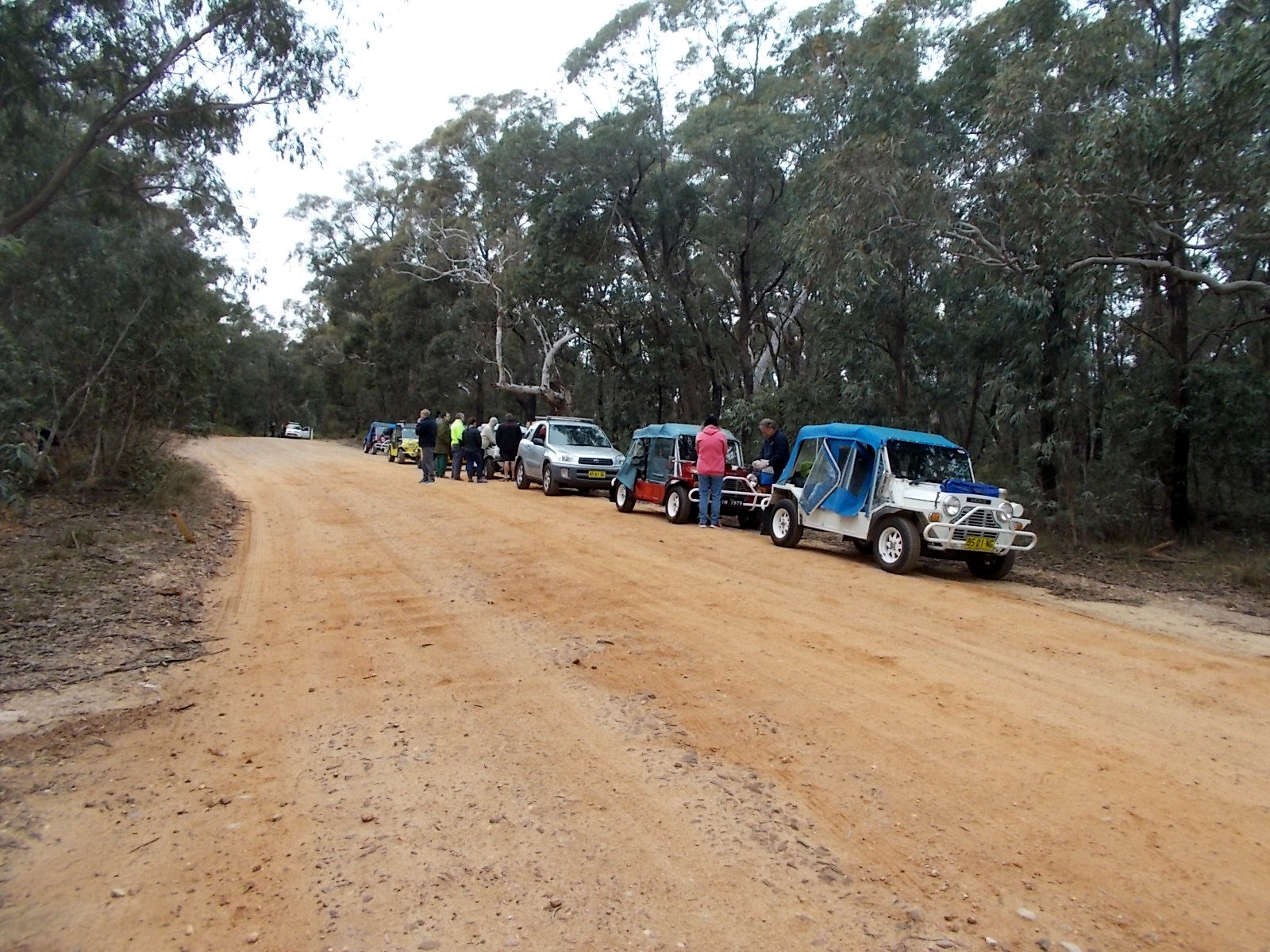 It was somewhat difficult to tear ourselves away from this social gathering, but daylight was burning away rapidly and we still had some ground to cover. On-wards and Up-wards, the Glow Worm Tunnel awaited.

Further down the forest track, Dave's Moke decided to spit a Drive Shaft, forcing a brief stop. It was a Moke Club trip after all!!! 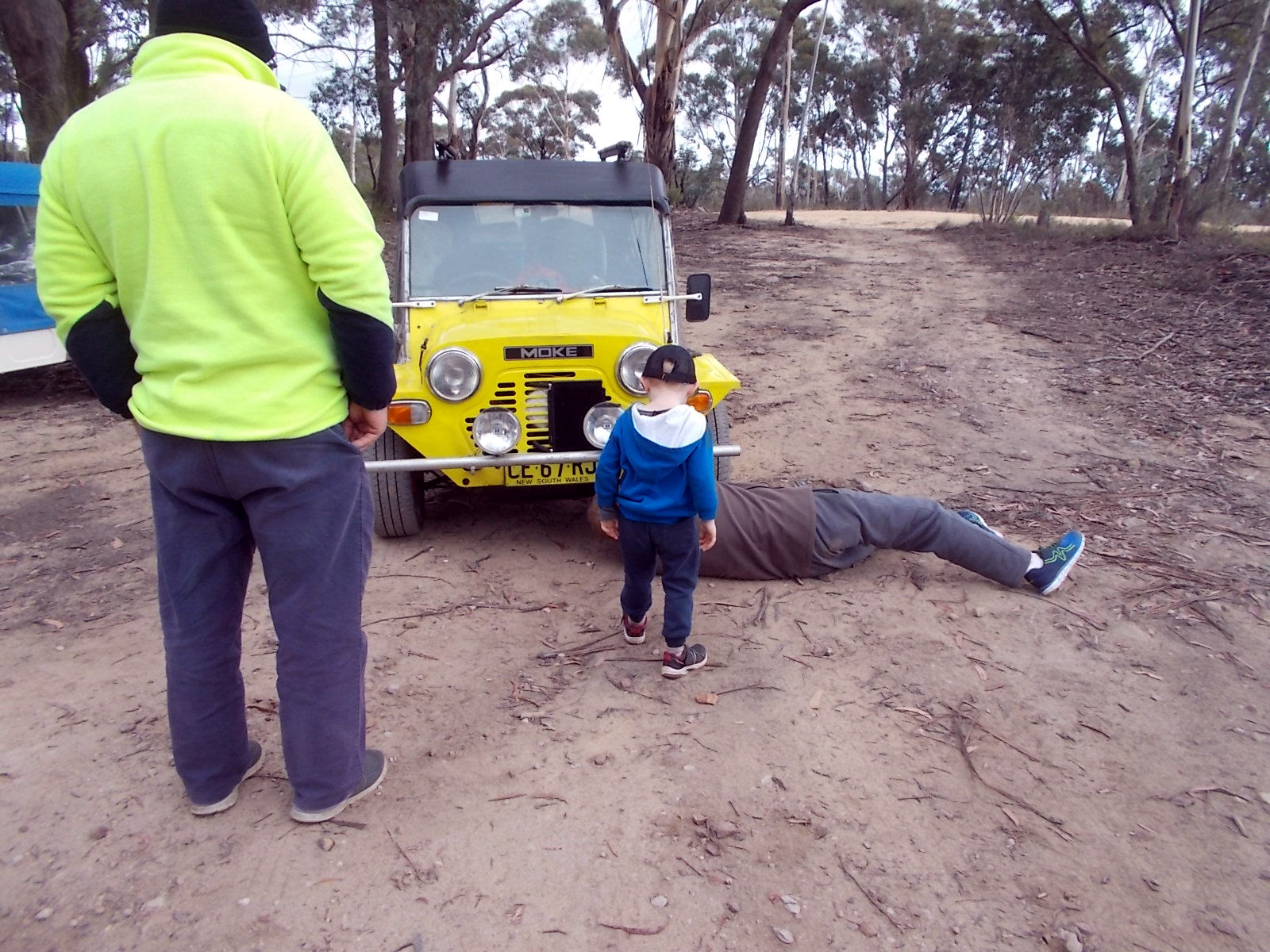 Dave in one his usual Moke Club trip positions, getting some help from Cyclops, whilst Luke cracks the whip.

Further down the track we picked up the line of the old railway, though the steel tracks themselves had long since been torn up. The railway cuttings and embankments still remain however, making this a unique and fascinating road through the heart of billy goat country. 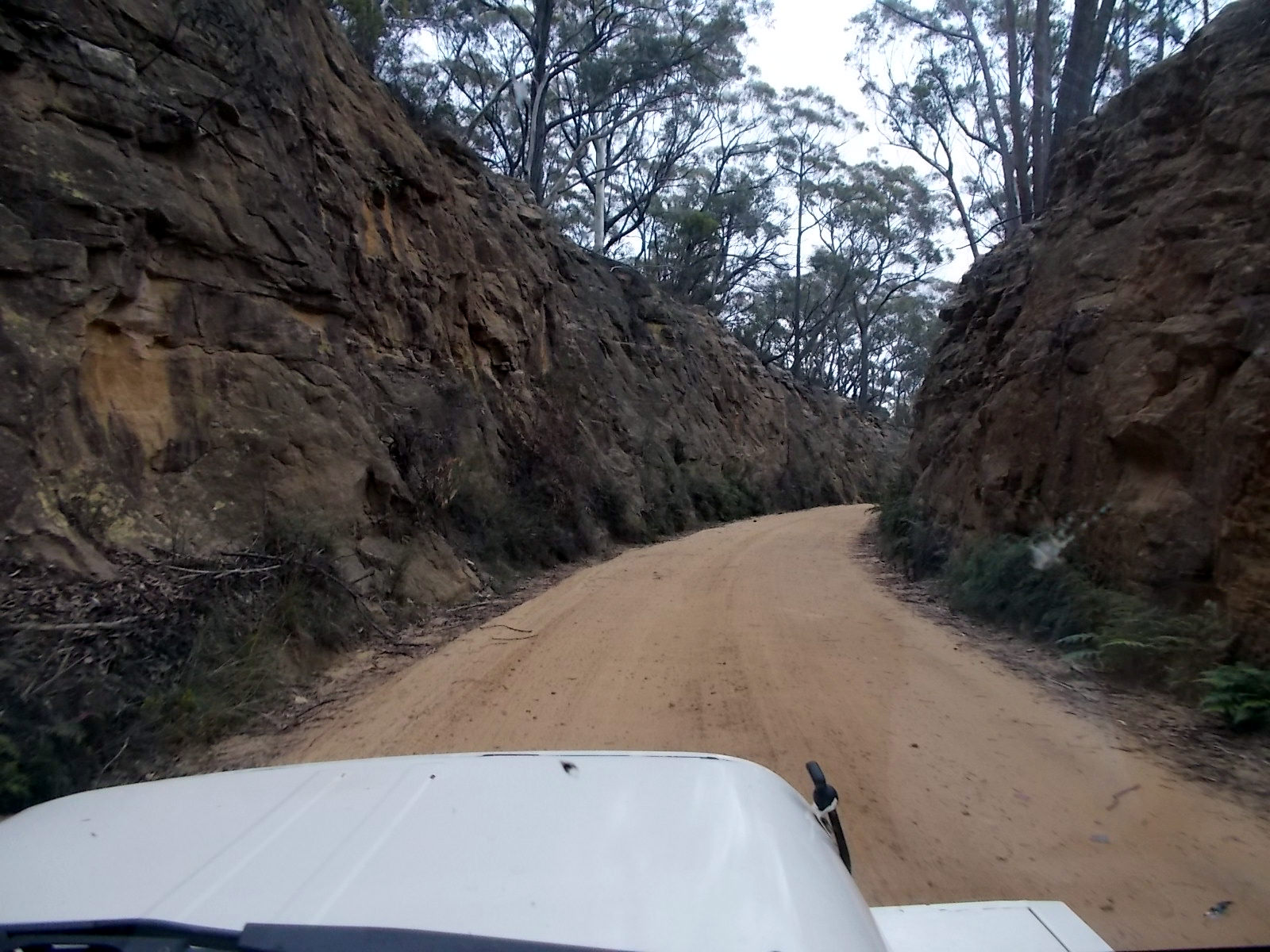 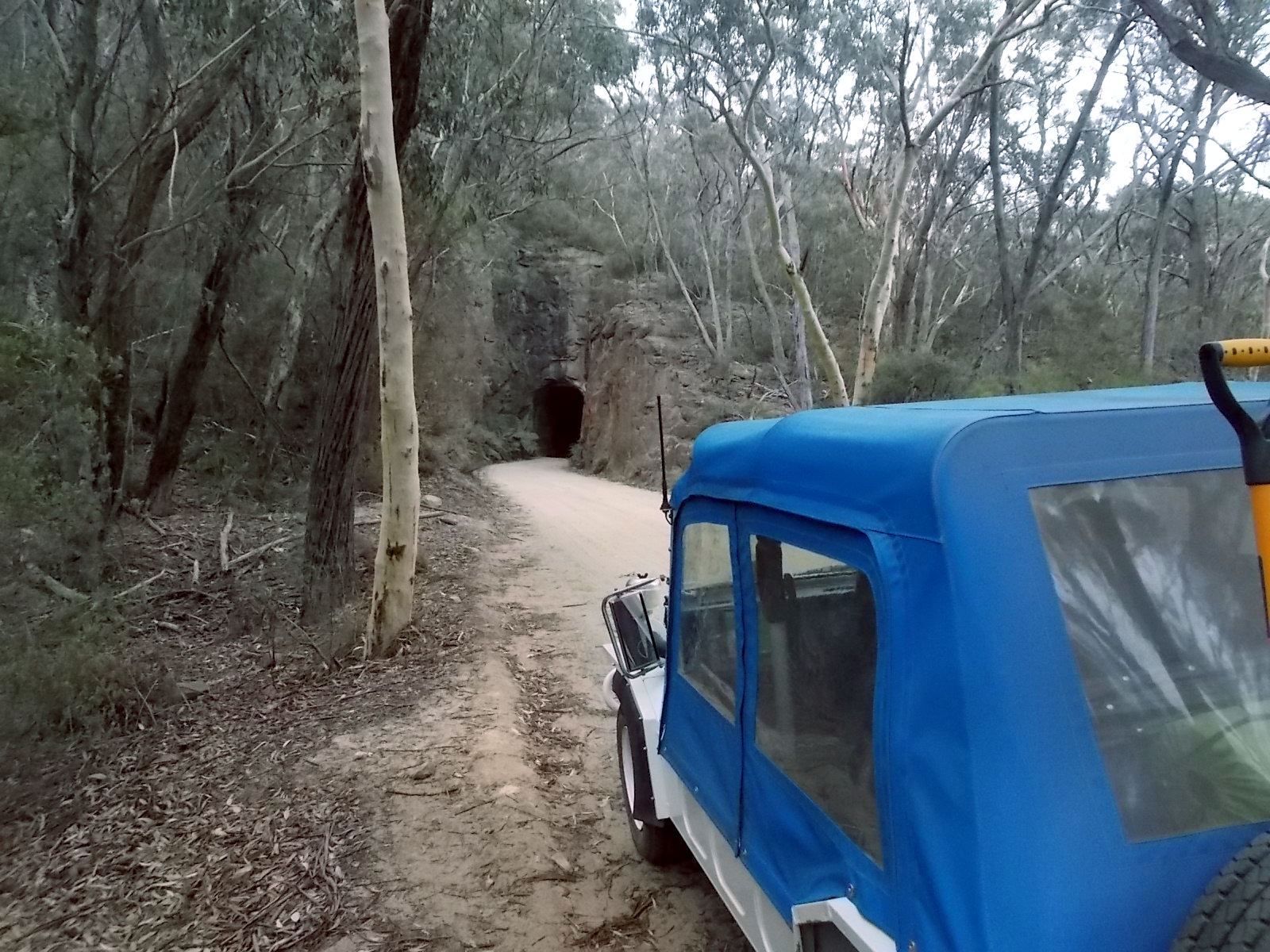 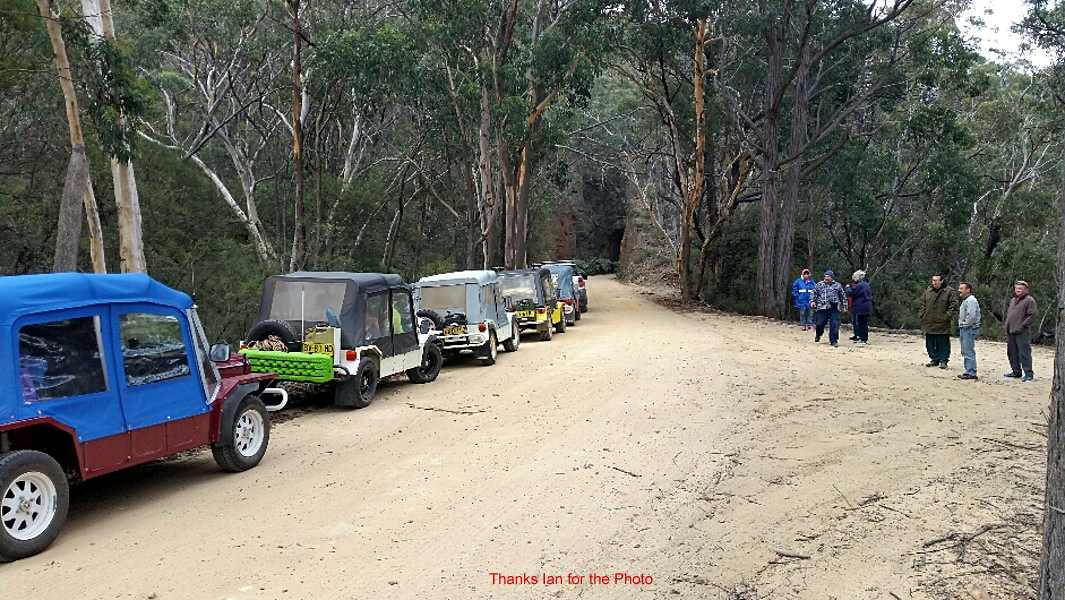 One of the disused Railway Tunnels that we drive through 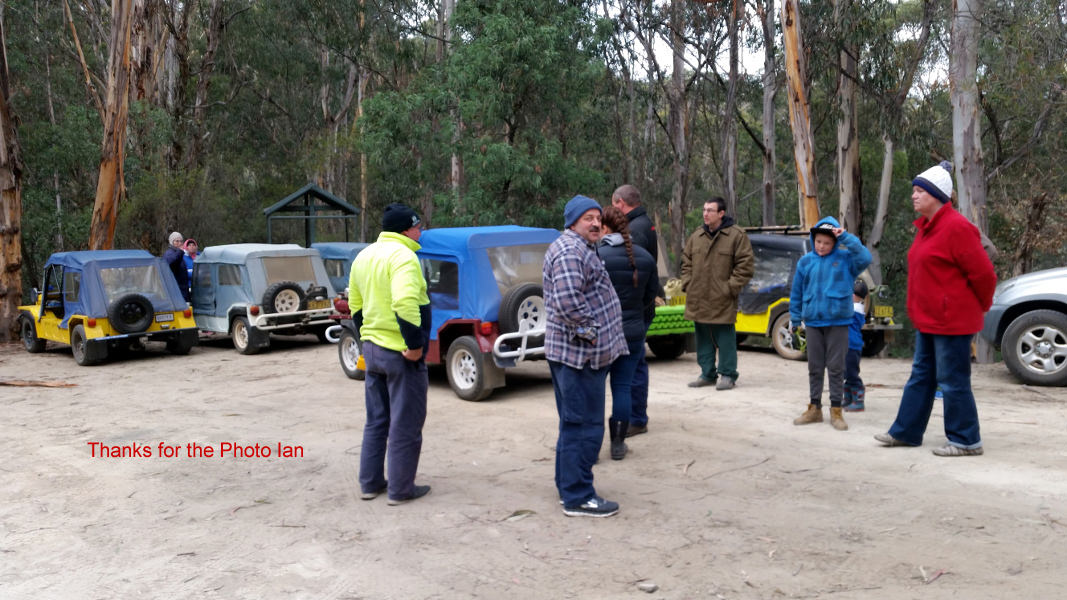 Driving on another few kilometres we arrived at a parking area where we left the Mokes to commence our walk. 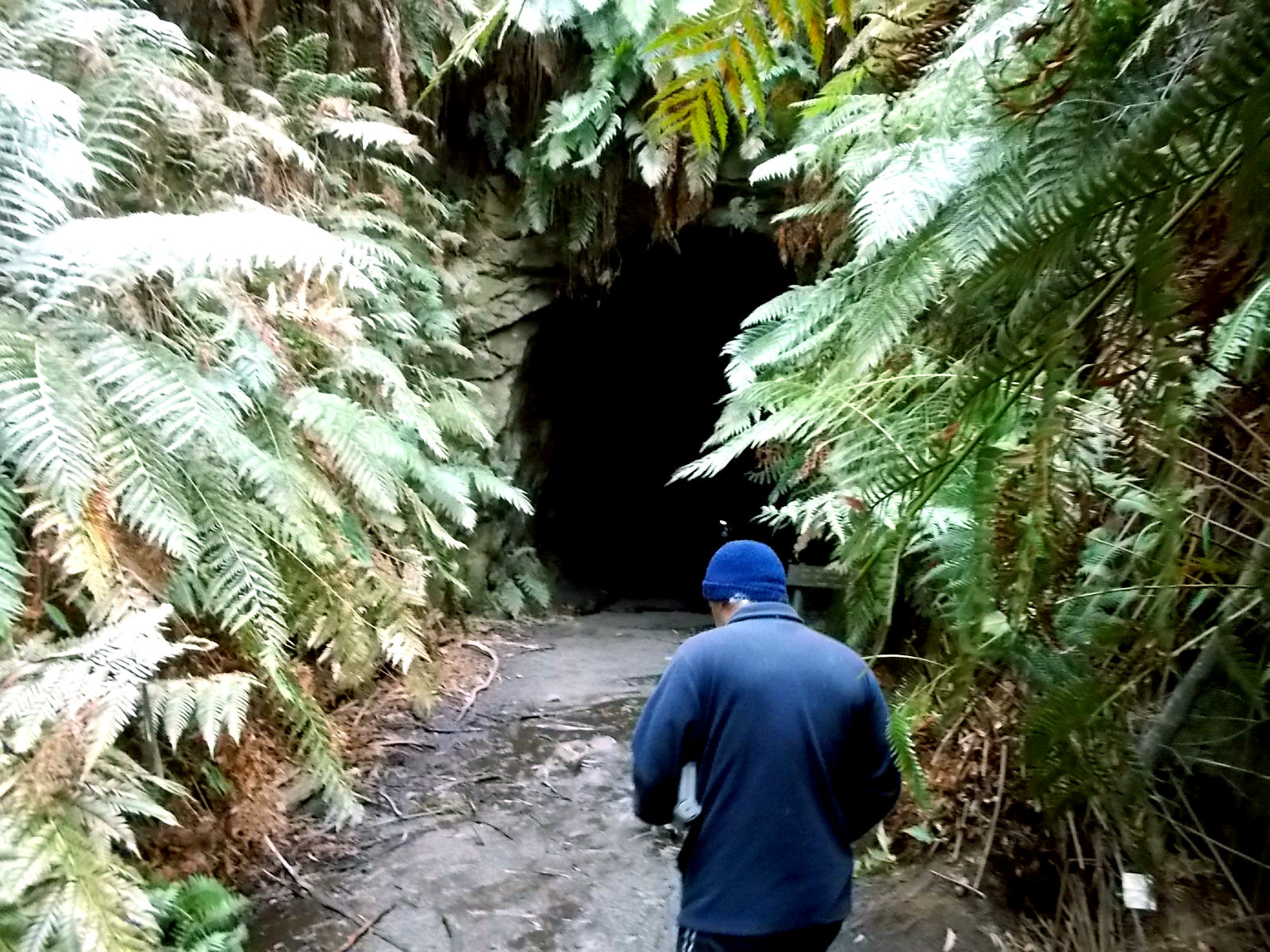 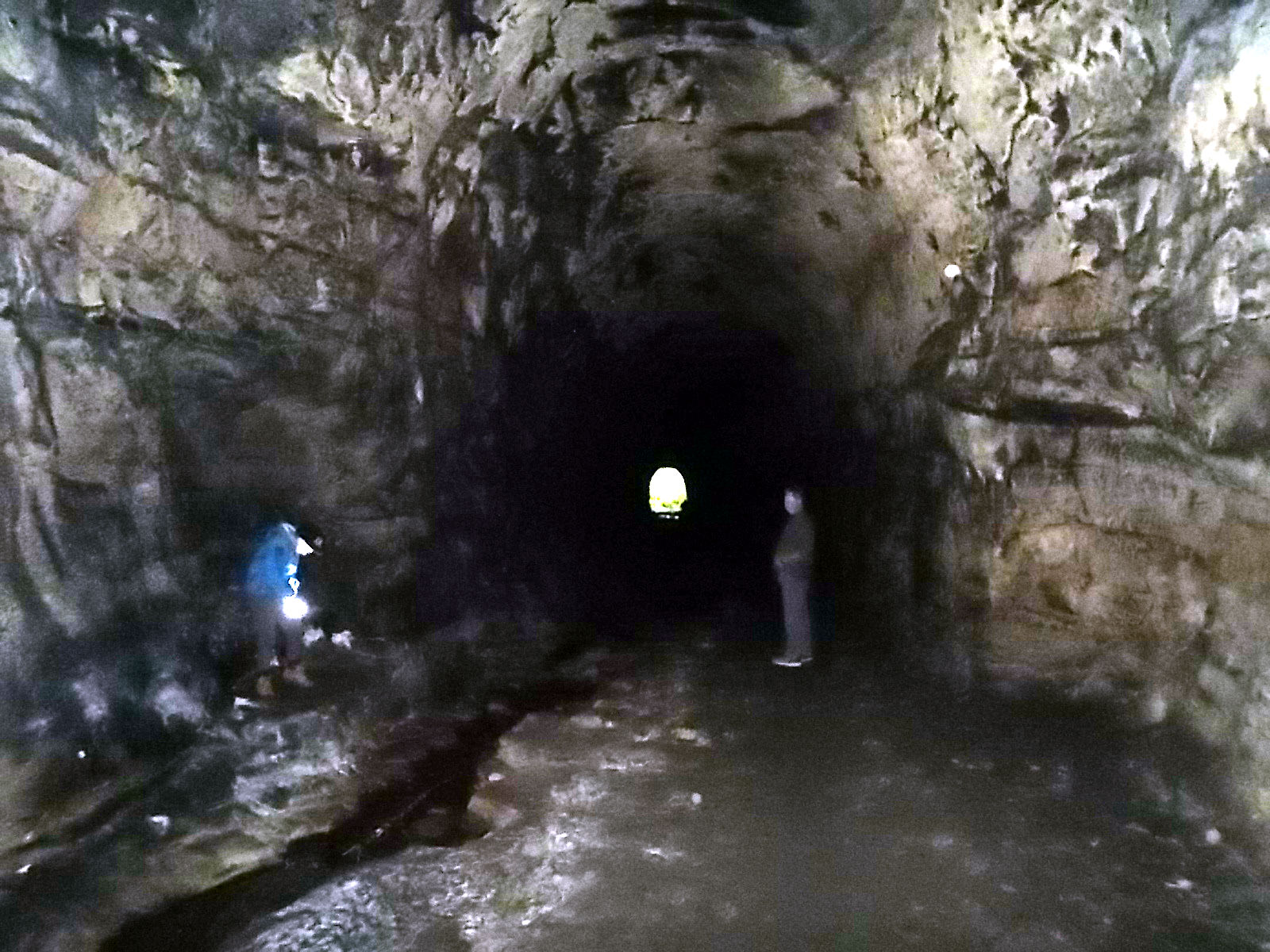 Dave & Nathan looking for Gold - or a C Clip 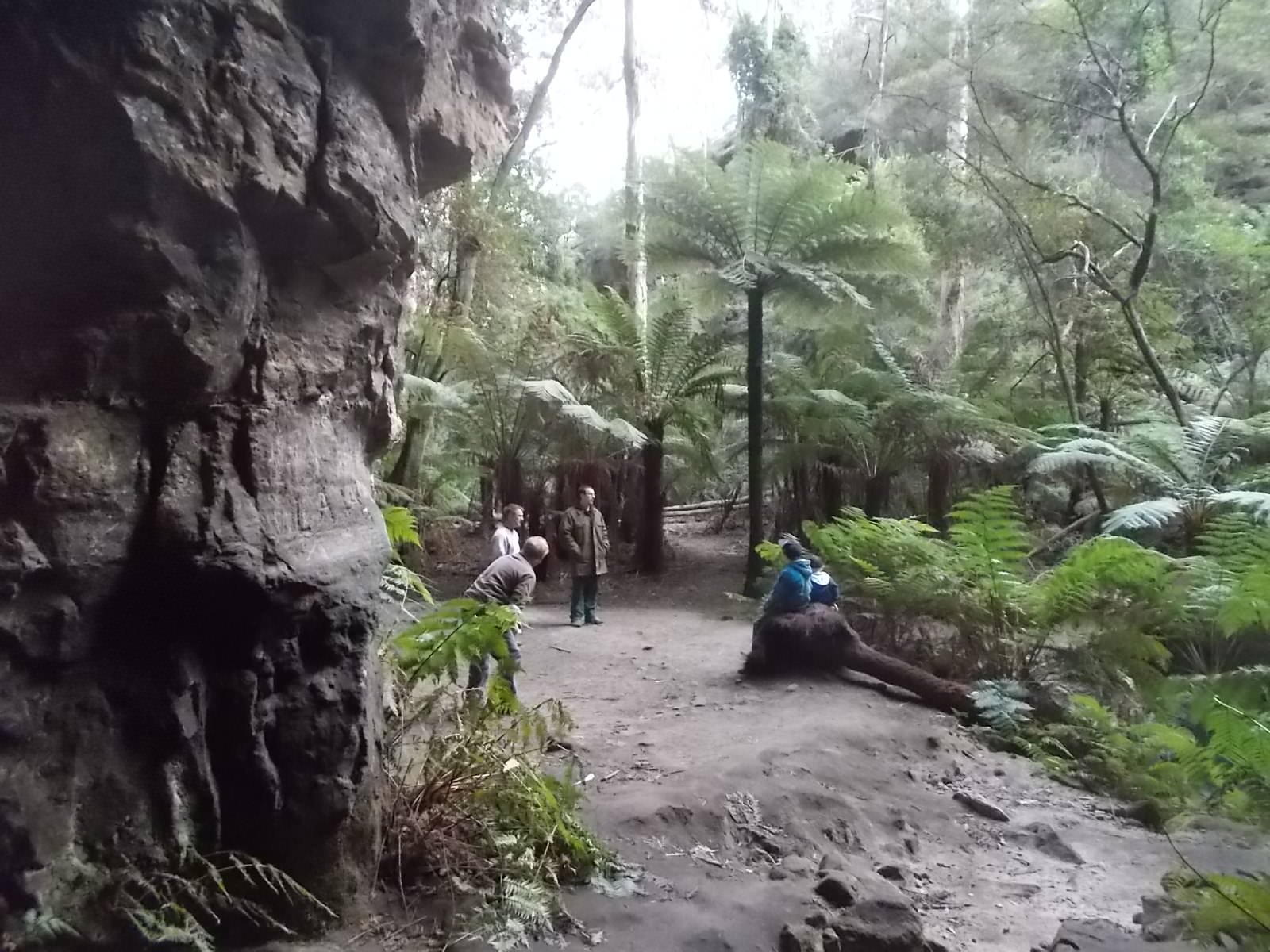 The Black Widow breaking on out into Jurassic  Park

Apologies for the lack of Glow Worms as that's totally beyond my photographic skill levels. It’s also an excuse that may encourage you to come and take a look for yourself. 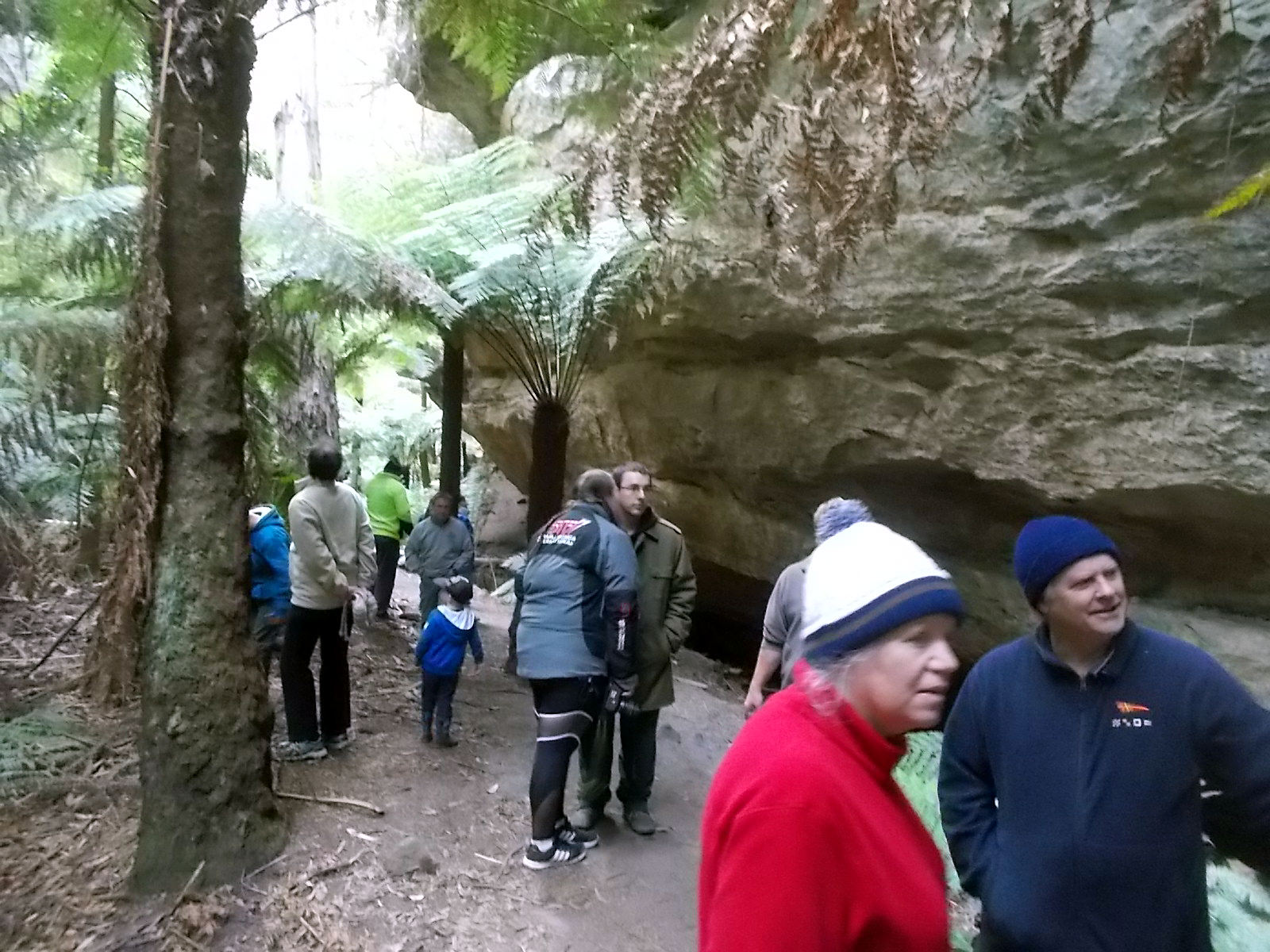 Coming out the other end of Glow Worm Tunnel was like stepping back 5 million years. The very look and feel of the place was prehistoric and all that was

missing were the Dinosaurs - maybe I spoke too soon ☺

I first discovered this area, and the Glow Worm Tunnel roughly 35 years ago, and to this day it still fascinates me. It’s always worth a visit and is certainly a place I'd thoroughly recommend at least once in everyone's lifetime so put it on your bucket list! With daylight fading and the sun sinking lower on the horizon, it was time to high-tail it out of pre-history and move on to our camp site, via the Black Fellow Hands Fire Trail. 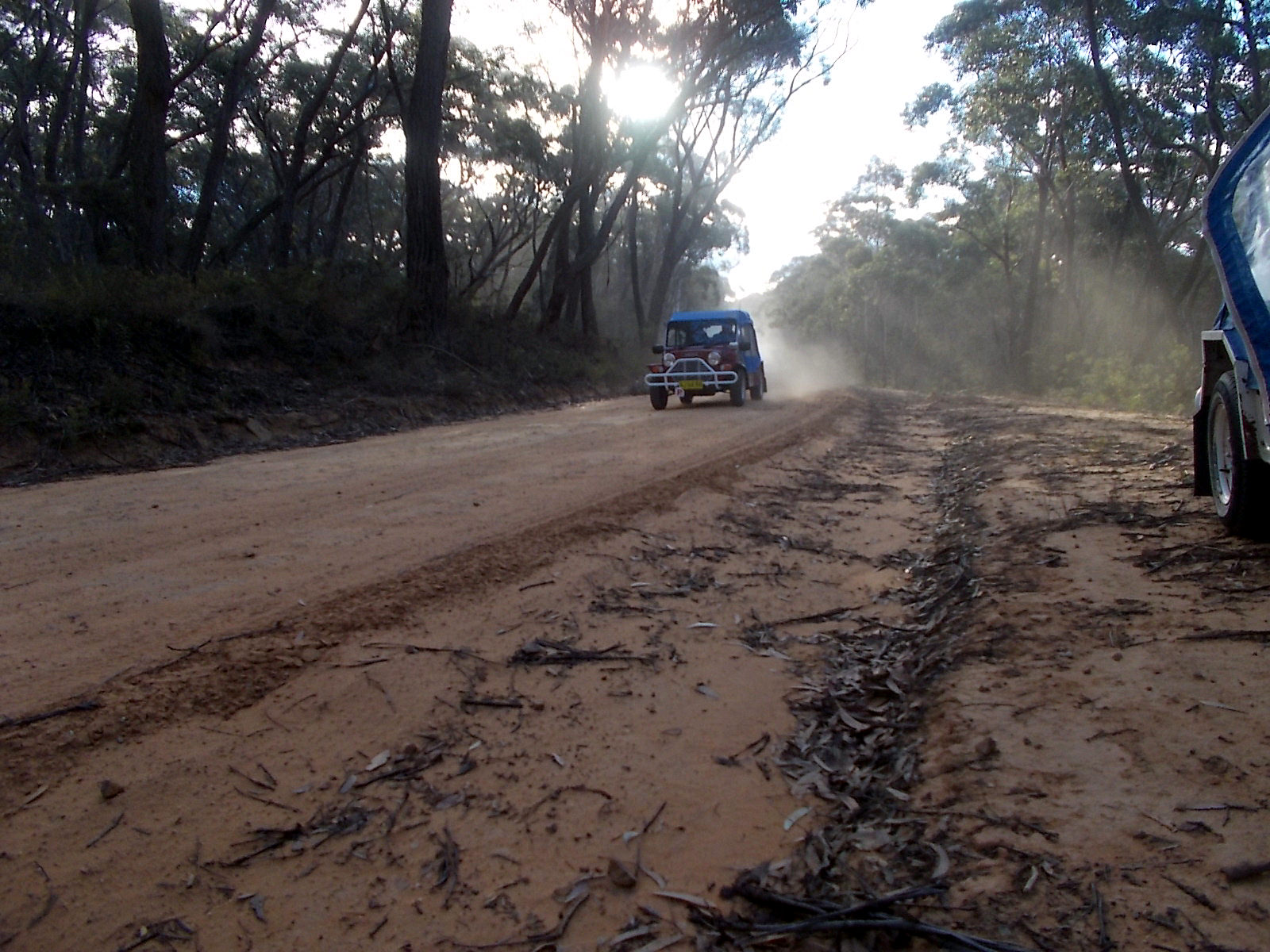 Jemma & Greg making the best of the last of the daylight 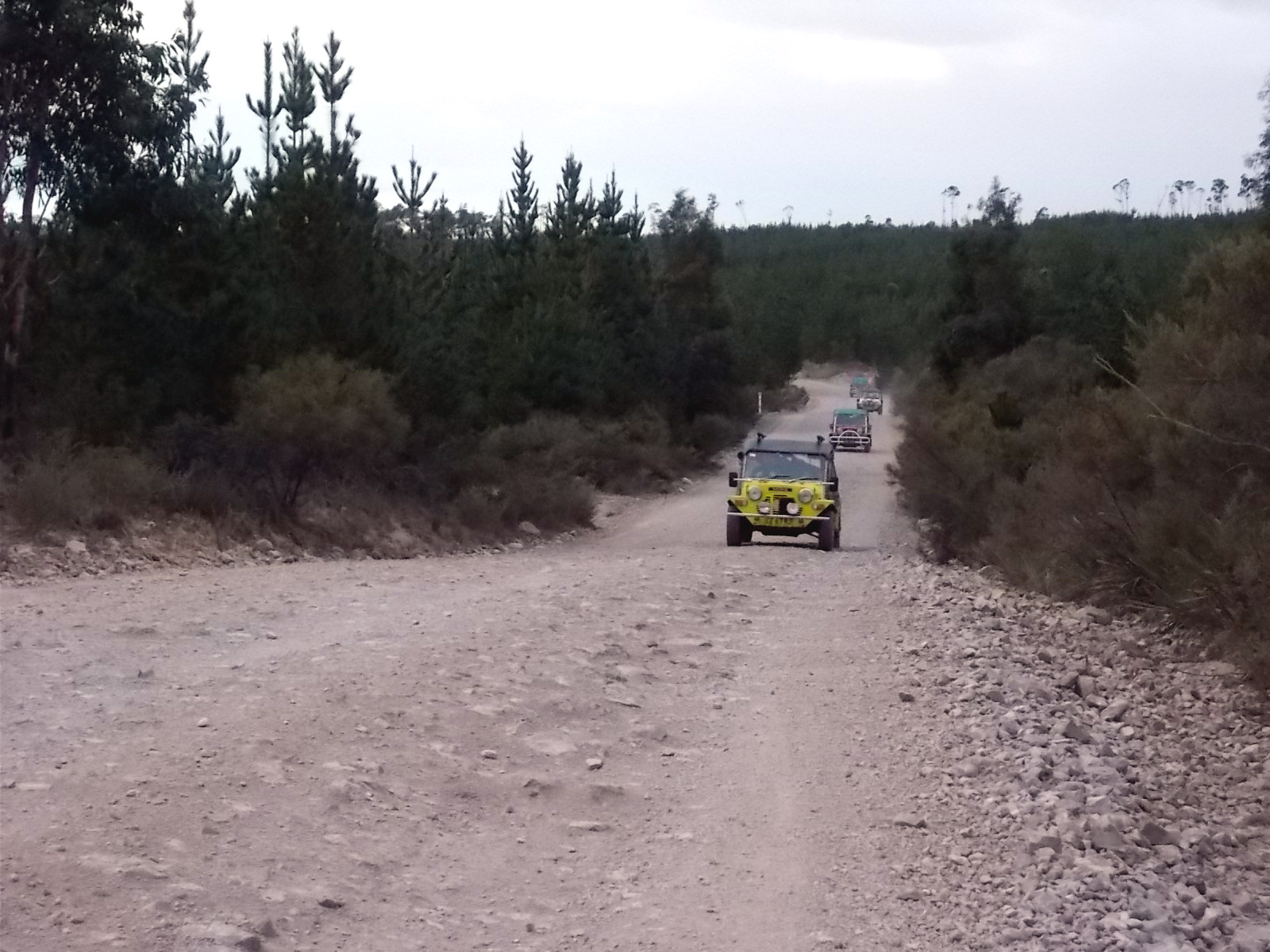 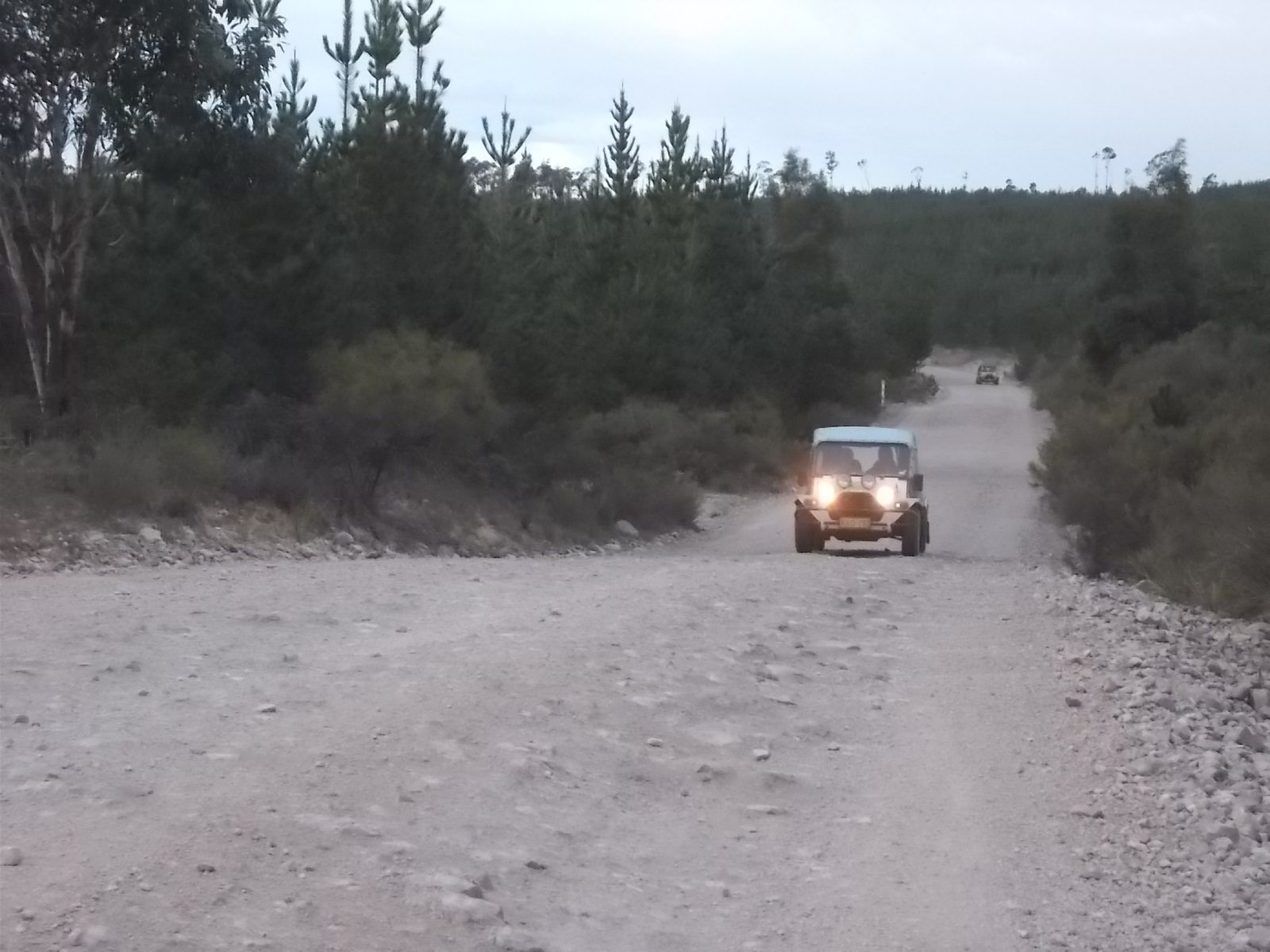 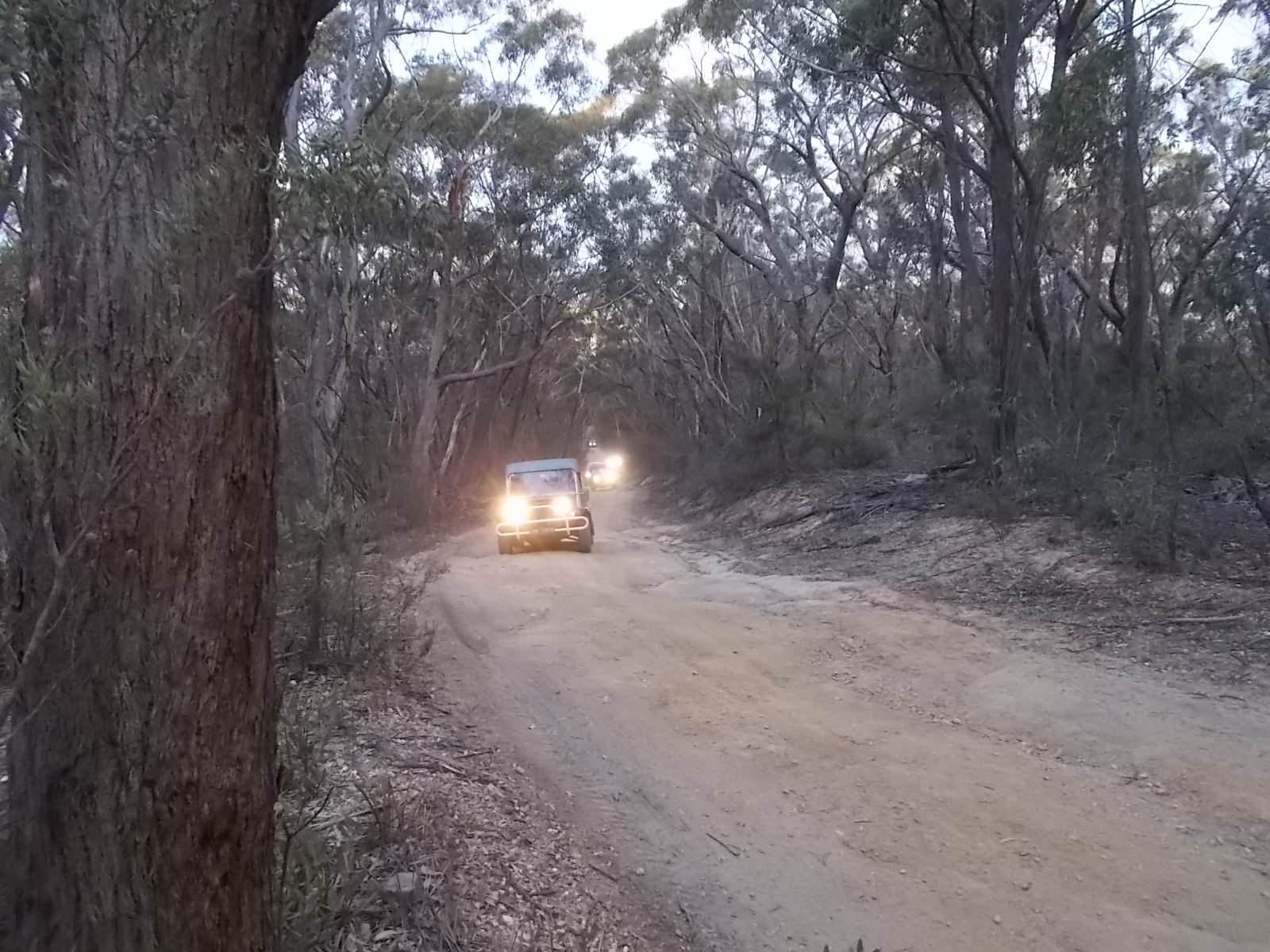 Our designated campsite for the night was deep inside the Wolgan Valley at Newnes. Almost out of daylight and with a chilly evening fast approaching, we were able to make good time after leaving the Black Fellow Hands Fire Trail. Soon we were passing the old Newnes Hotel on the way in and after crossing a creek, were finally at the camping ground. Whilst the place had changed little since the 80’s, visitor numbers had swelled a LOT and it wasn’t quite the secluded paradise we remembered.

In true Moke Club tradition, we got to our campsite after dark, put up our tents (where are the poles Sam?) and got the tradition campfire started. Now it was time to get dinner cooking and consumed before settling in around the warming glow of our fire to relive old Moke war stories. This was real Moking and reminded us all of days gone by. 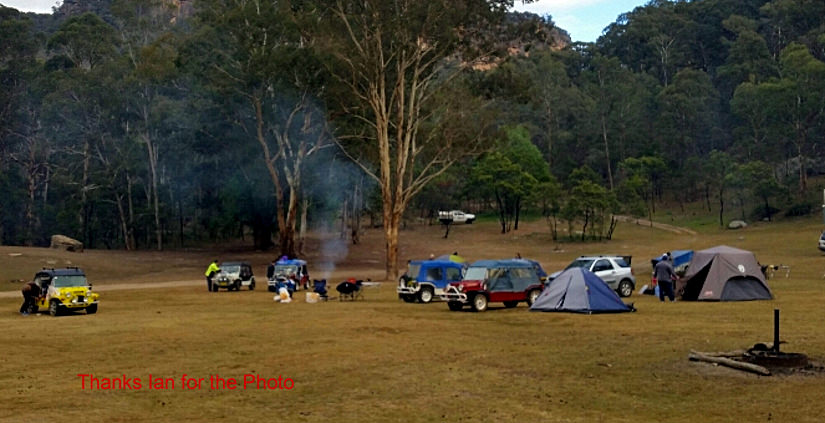 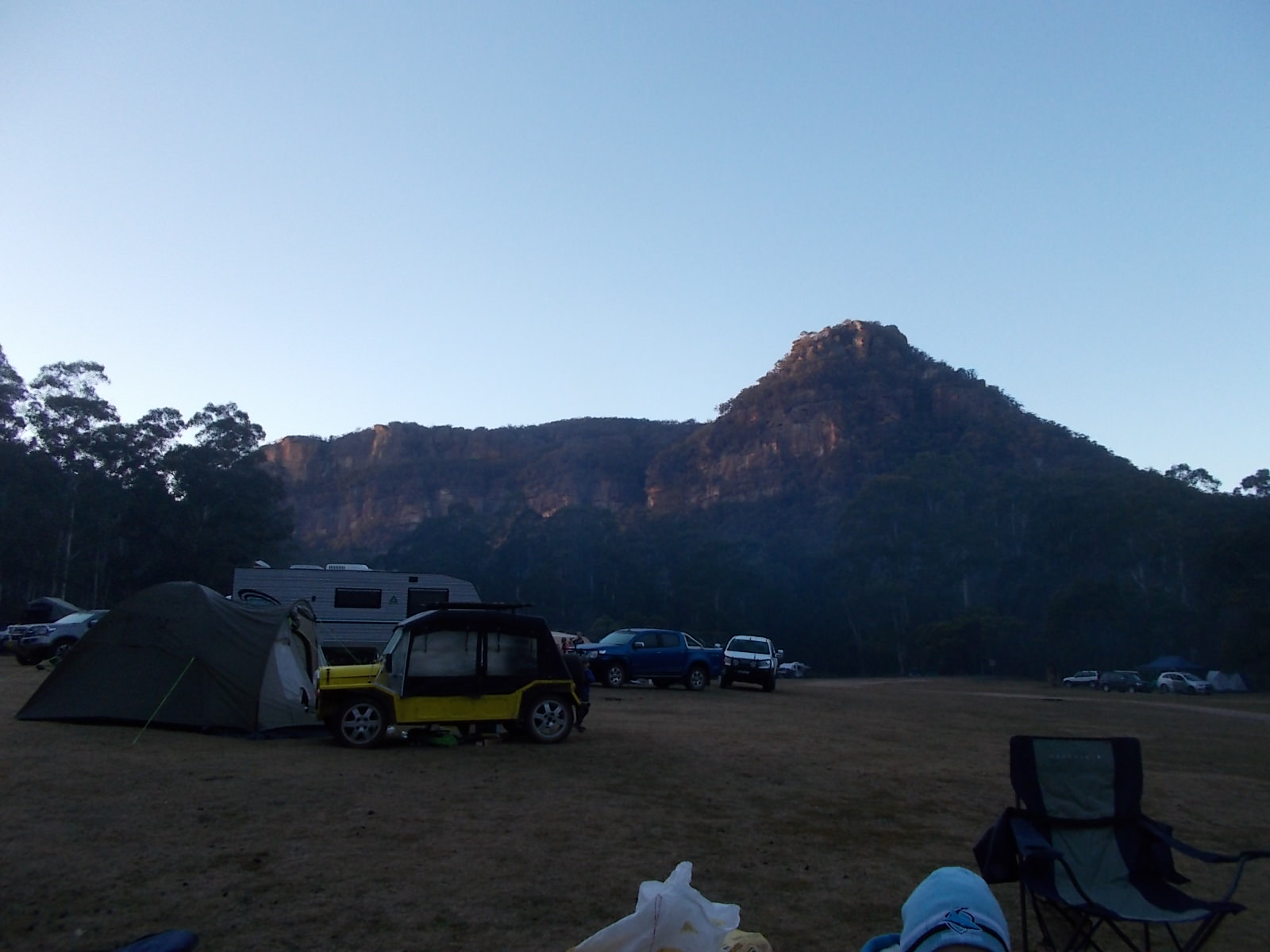 Day Break with the first rays of the sun striking the cliff faces on the eastern side of the camp ground.

Around 100 years ago, a HUGE industrial complex was established at the base of those very same cliffs

The Industrial Complex of the Commonwealth Oil Corporation at Newnes, circa 1915

Though some ruins of the Newnes complex still remain, nature has reclaimed it’s own to a large extent, returning much of the old mine-site to bushland. Following it's discovered, shale-oil mining commenced in 1906 with processed product being transported out of Newnes on a 50 kilometre railway line that had passed through the (now) Glow Worm Tunnel. Later an oil pipeline was established though by 1940 Newnes had declined with the once bustling town inhabited by just 4 families. Such is the history of mining in Australia where in less than one persons life-time, a thriving community can rise, prosper and vanish. Few today would realise the substantial part Newnes played in the industrialisation of Sydney and other parts of NSW.

The following morning we adjourning to the 'old pub’ which had been relocated by dedicated volunteers in 1986 after serious Wolgan Valley flooding undermined the foundations. Though the old hotel now no longer serves beer, it’s new role as a museum allowed us to explore the past, familiarise ourselves with the township and pay our respects to the hard work of so many in such a remote location, all those years time ago. 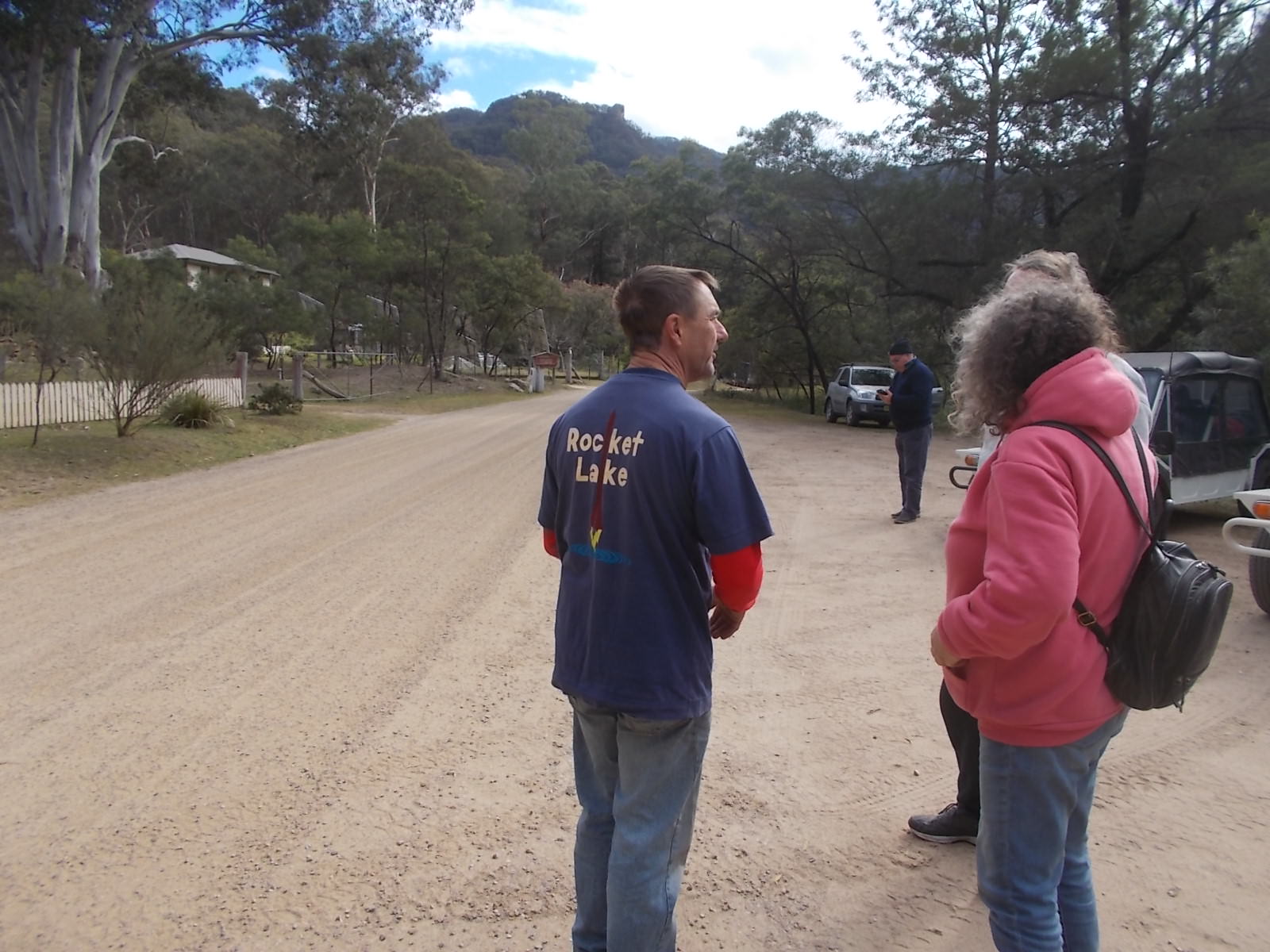 After spending a few fascinating hours in the museum, it was time to make tracks for home via a long winding road that led up out of the secluded valley and it’s hidden treasures. 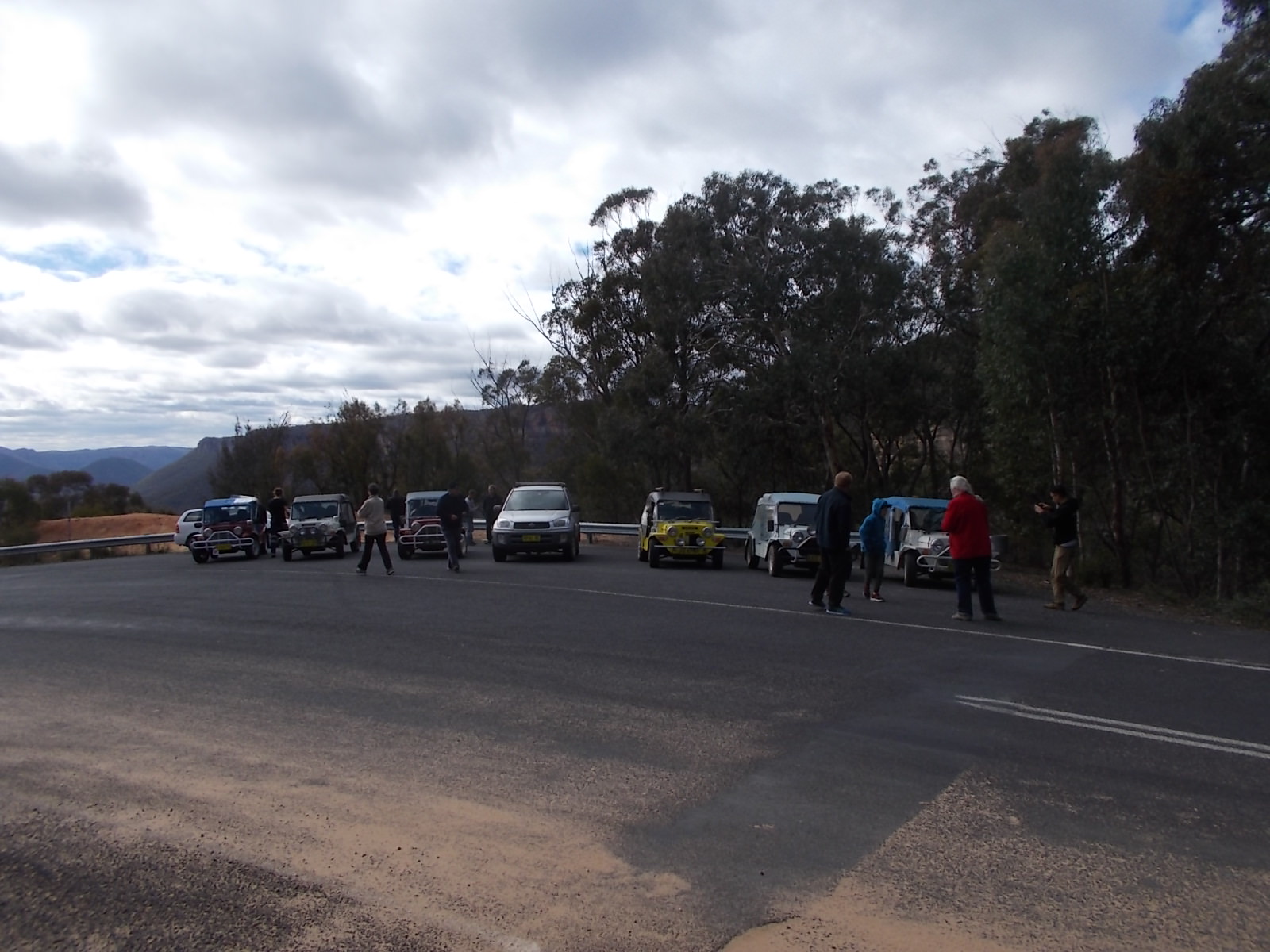 A last look back down the beautiful Wolgan Valley

We only covered around 300 km for the whole weekend and all had a most great time. We can't all wait to do another run soon, who knows, there might be a revival!

Many thanks to Dave for suggesting a get together, Ross for the location, Ian for some additional photos & edits and to Greg 'Bwana' R for taking my skool kid essay and making a decent story of it.

And special Thanks to everyone who came along - the feedback has been thick and fast!

what a great read - thanks for sharing !!

Excellent write-up, and what a great trip! Thanks for sharing.

Thanks for sharing this with all of us.

Fantastic stuff Chris, you'll have to take to Glow Worm Tunnel WHEN I get to NSW