Japanese Rover In Californa...what Did I Just Buy?


38 replies to this topic

After wanting one for years and years, I've finally procured a "classic" Mini. As these are quite rare in the States, and I have no prior frame of reference, I was hoping to get some confirmation as to what I've purchased here, and what exactly the previous owner(s) have done to the car...

It's a 1992 Rover Mini 1.3i, and there is an actual VIN plate in the engine bay on the right side of car that matches the importation paperwork. Everything appears to be on the up and up.

It's not an original creampuff—clearly someone mucked about with it. An aftermarket head unit has been stuffed into the glovebox and the rear speakers seem too large to be original. What's up with the dash?? It doesn't quite seem to fit, and there are two goofy screws flanking the speedometer. It also looks like the carpets don't quite fit...What is a questionable modification and what is late-Rover cost-cutting...?

There are a few seeps here and there, but there doesn't seem to be much rust to speak off, which is priority one. The seals around the windshield are cracking. I suspect this a prime vector for rust?

Any opinions on US-centric Mini forums? The ones I've found just don't seem to have much traffic (understandably). Any tips for removing the pin stripes cleanly?

In any event, I love this damn thing. It's so cool.

yep looks like a JDM spec mini. so an MPI engine with side mount rad rather than front mount (due to the AC) had the typical JAP mods done. center dash. crap springs rather than the original rubbers. and a god awful exhaust.

It needs the horrible coil springs replacing with the correct rubber cone springs.

Other than that is just needs tidying up inside.

The decals/stripes can be removed with a heat gon and your fingernails. I did just that last week on a 1990 Cooper. The bonnet stripes leave a sticky residue, but that can be easily removed with a mild solvent such as brake & clutch cleaner.

I agree it's cool, live with the stripes, live with the springs, drive it, enjoy it, get to know it, love it or hate it, don't rush to change anything ....listen to others but make up your own mind.....take it from there.

It looks great underneath.

car not designed for them they dont have enough travel so something has to fail. 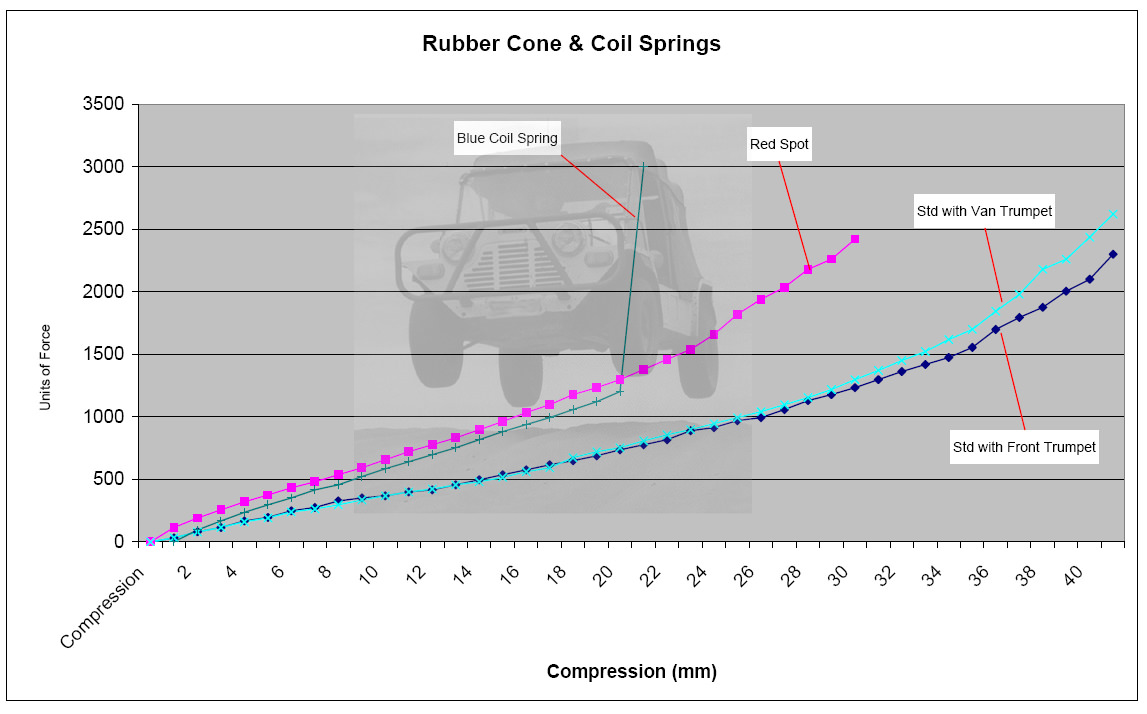 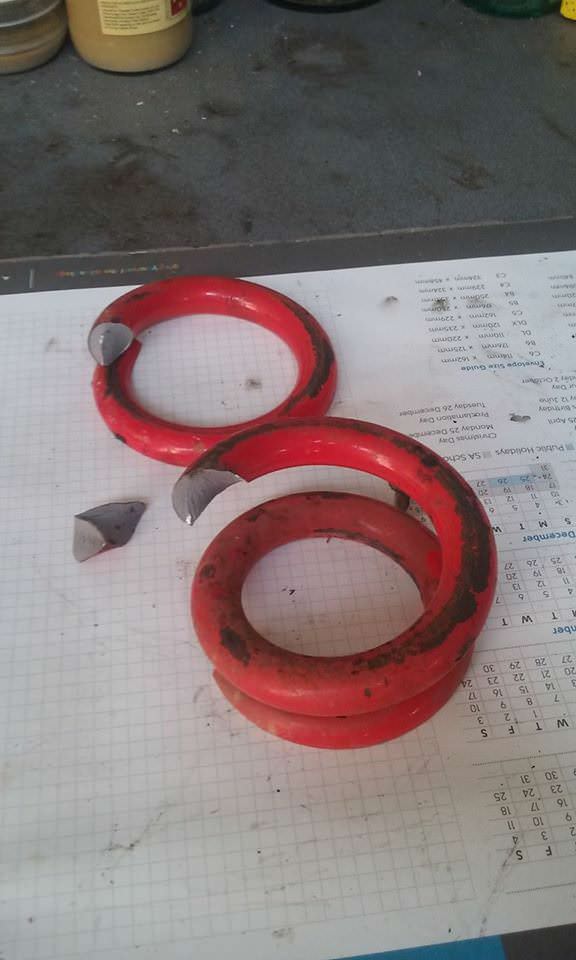 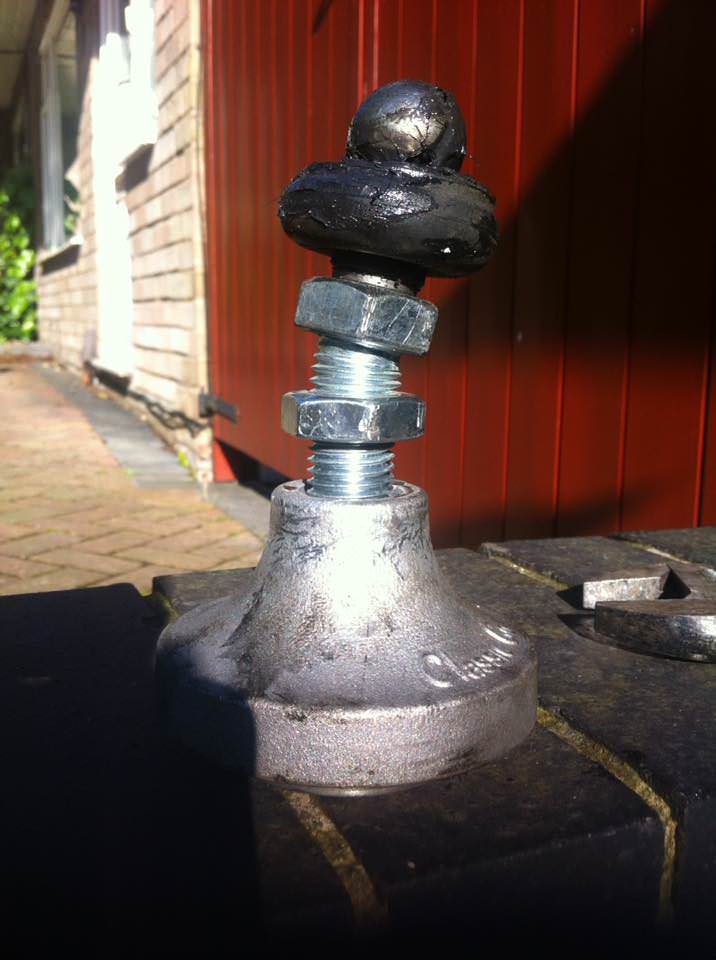 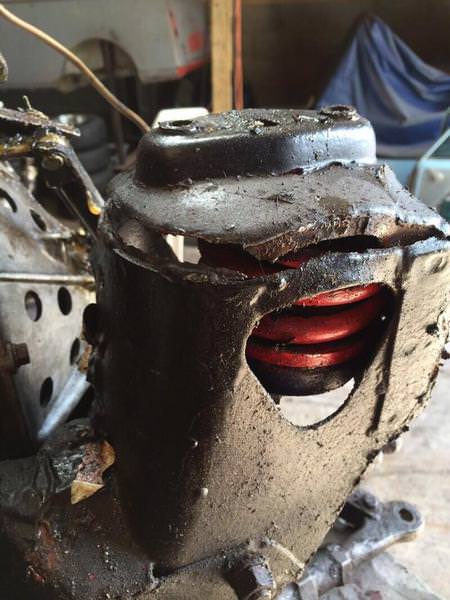 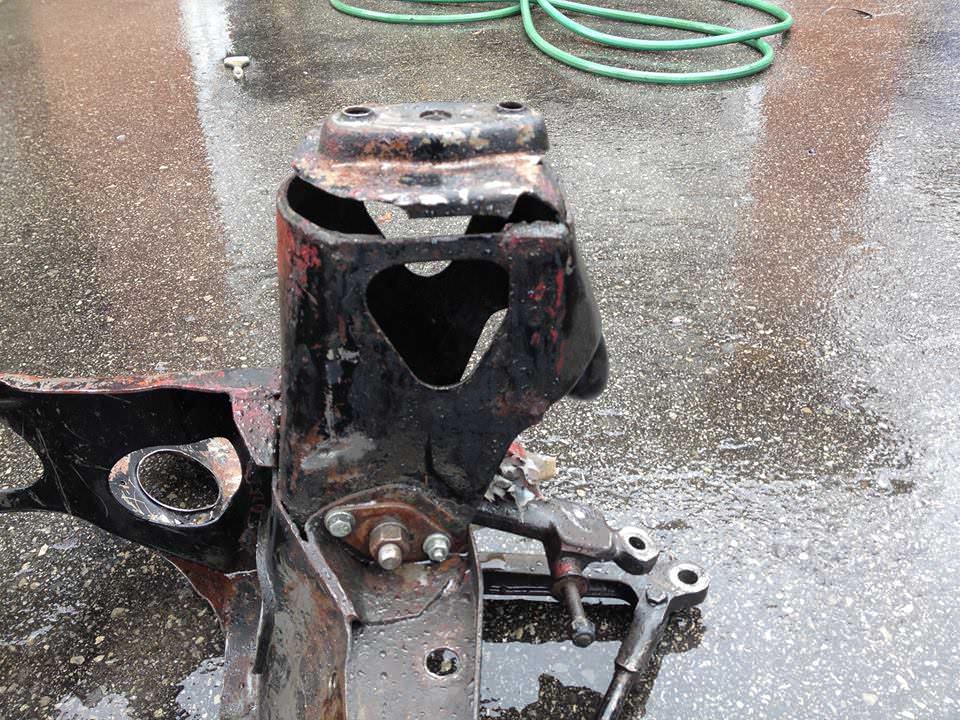 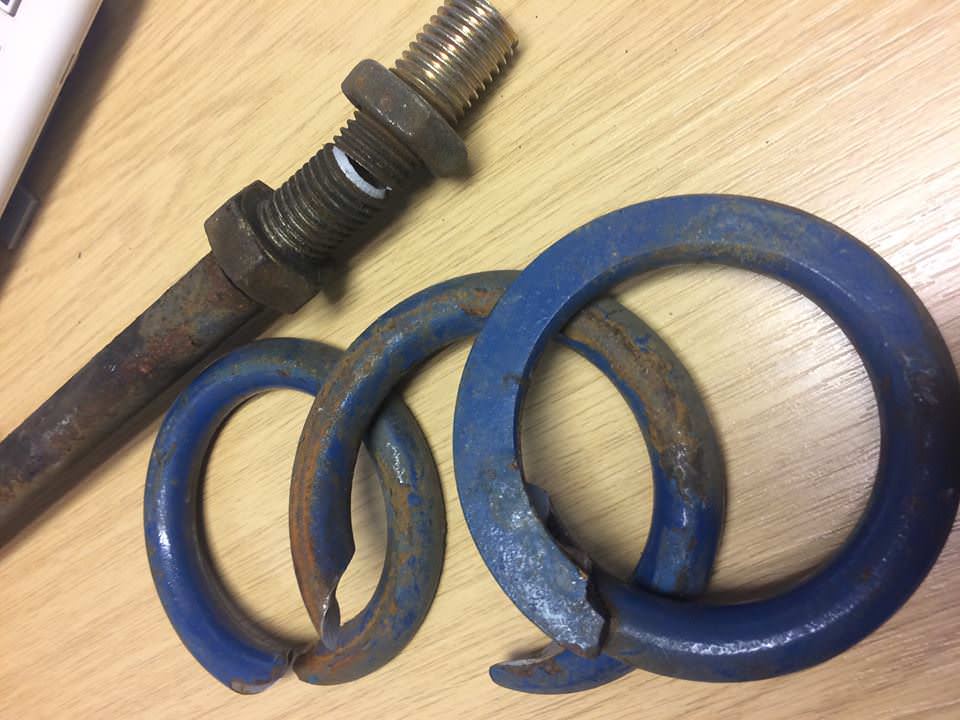 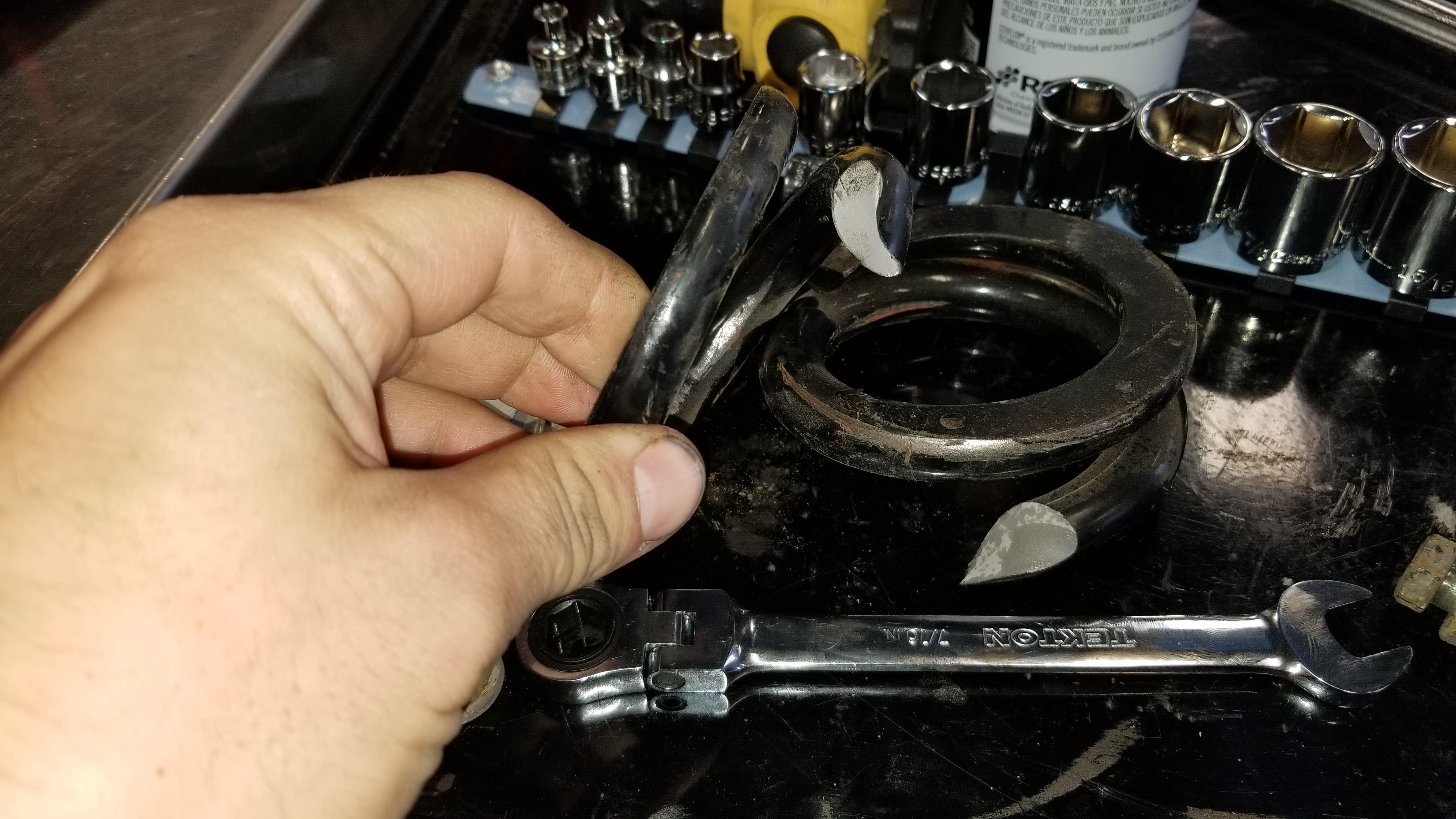 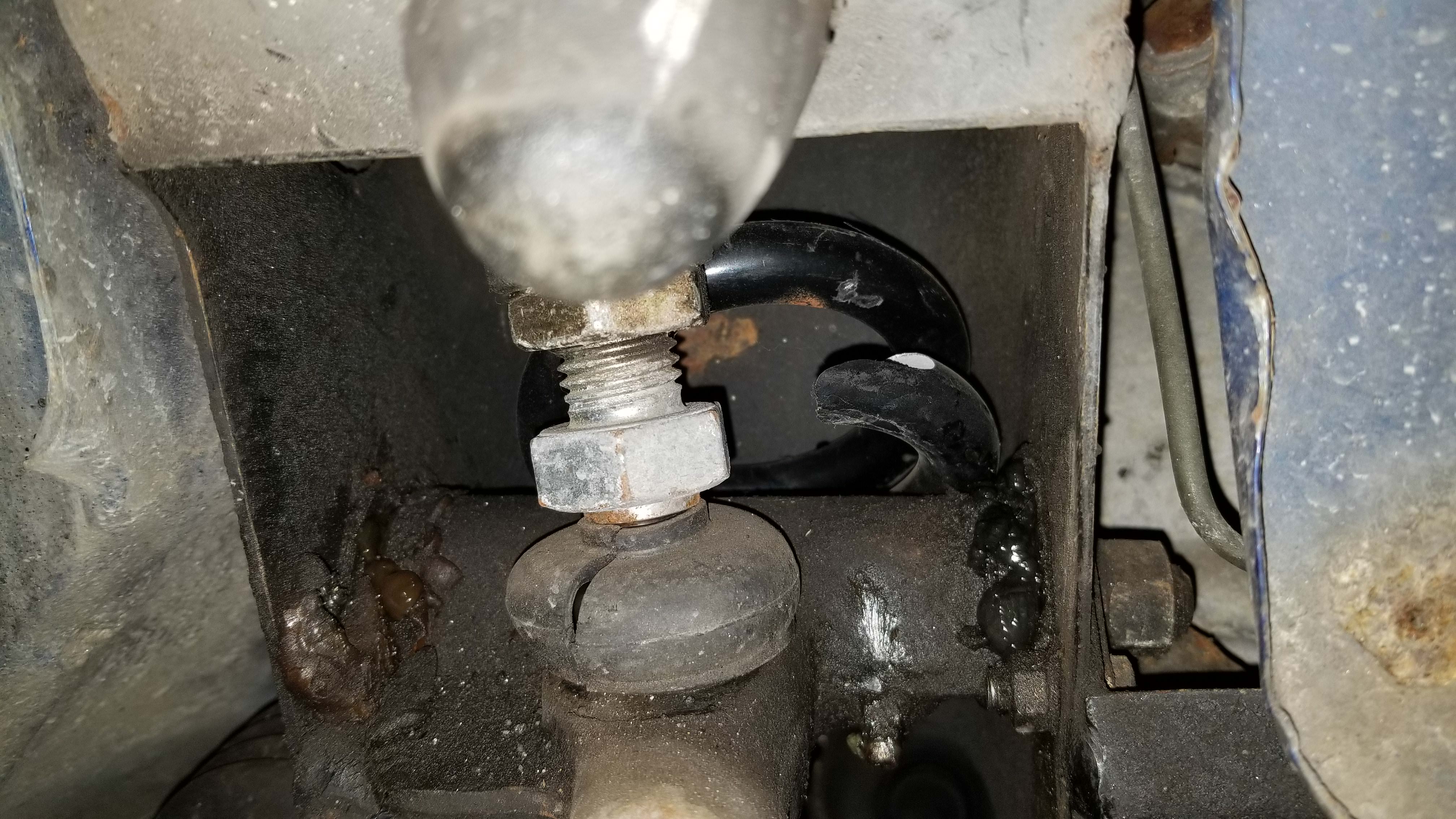 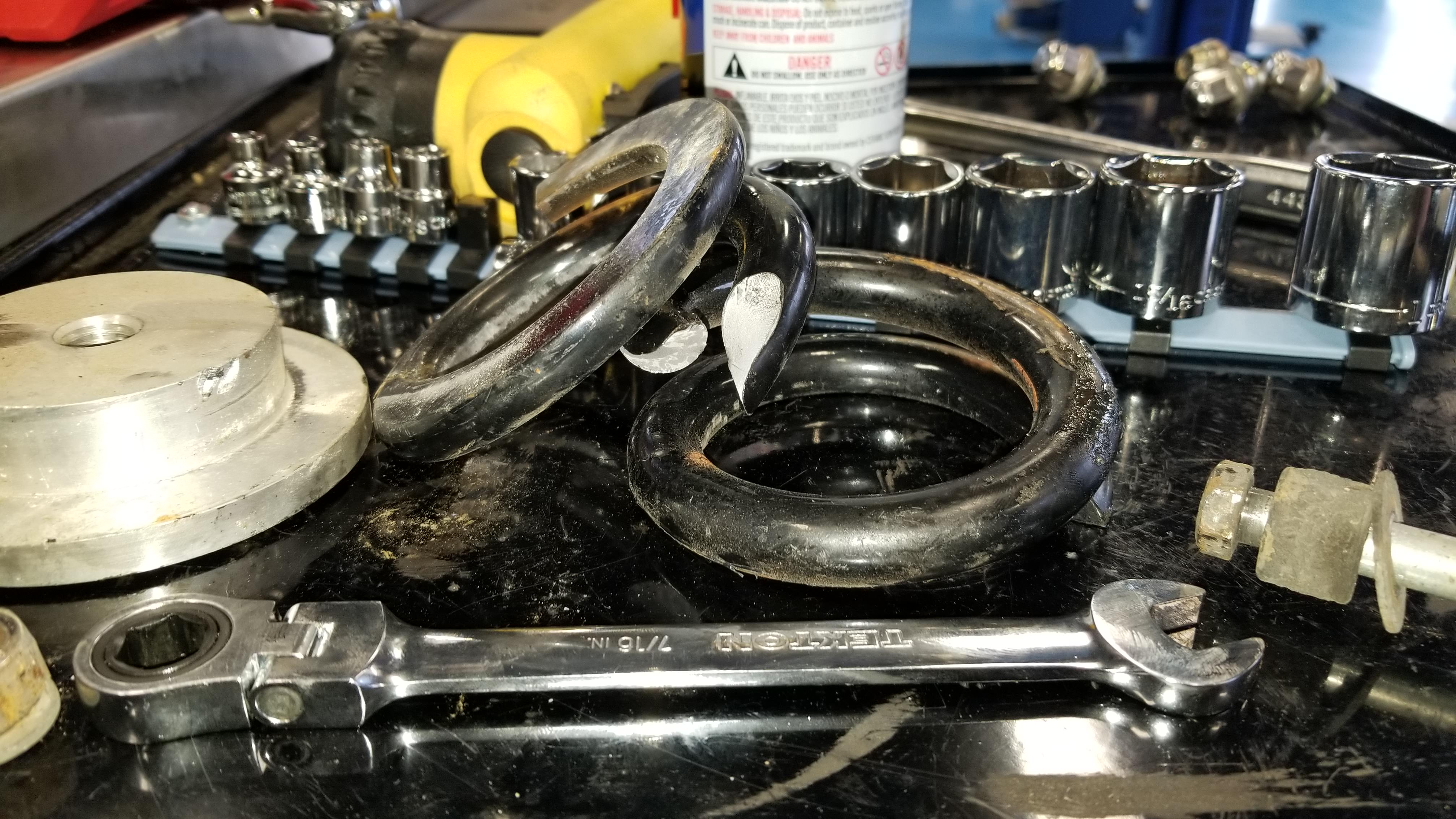 then you have the way coil springs work when compared to rubber.

a coil spring is linear so to reduce roll it needs to be way stiffer than needed which makes a very poor ride.

rubber is a naturally damped spring that has a rising rate when compressed. the profile of the cone and the trumpet interface also effects the the way the rubber works giving a spring rate than is not harsh over the small bumps and resists rolling.

You beat me to it with a very well-explained and excellent reply as to why those horrible coil springs are such rubbish.

Looks a pretty nice car and a great platform to work from.

)  in regards to the Springs, I think for many people the one aspect of the original rubber cones in that they do sag over about 5 - 7 years s what puts many off them. The Coil Springs are like they are in any other car in this one regards, but overall are very much inferior to the Rubber Springs for quality of ride and damping.

The other more serious down side of springs is - as seen above - the damage they can do to your Mini.

Try Restoration Mini http://restorationmini.com in the US there is some really good advice to be had on that site, alternatively if you can stand the BS and figure out how to use the search function Minimania has lots of good info, just too much drama, but you could seek out a poster on MM named malsal he knows lots about JDM minis.

As you're in Cali  Seven Enterprises in Auburn, CA ,http://www.7ent.com  is a good parts source (more expensive than buying from the UK suppliers but they ship quick and for you they're close)

Heritage Garage is another source for you in Cali

If you join the TMF+ on here (5GBP less than $10) you'll get a 7.5% discount from Minispares they have everything you'll need and ship pretty quick on instock items (usually everything) via DHL

How did you get a '92 registered in California?

I thought you couldn't get minis of that age into california because of the safety regs over there, which is why you see a lot on falsified documents, basically masquerading as a 60s car

This is all very helpful!

A closer look is showing a "hanging down" oil filter and the MNE10078 ECU that I believe signifies all (mostly?) SPi components. I'm learning a lot about the JDM cobbled-together spec...I guess someone just threw the mirrors on as an homage to classic Nissans? I prefer the door-mounted ones.

The big secret of the car is that I plan to convert it to electric by stuffing a Nissan Leaf into it. If/when that is completed, I will have the car exempted from smog, which will (hopefully) allow me to register it in California.

If all goes to plan (which is a stretch), I will have the perfect car for the city of Los Angeles: Cool, fun, great in traffic, easy to park, short-trip-friendly, and low on maintenance.

some reading for you from a local