56 replies to this topic

Maybe the smallest of the grommets listed here would fit:

Good idea, Graeme, but I'd try to find another supplier as "Minimum order value of £30" might sting a bit.

Some small blanking grommets would be a great idea, maybe I'll look for a supplier who carries a small enough size without that minimum order value - £30+VAT+delivery is a bit steep for a temporary fix.

Some small blanking grommets would be a great idea, maybe I'll look for a supplier who carries a small enough size without that minimum order value - £30+VAT+delivery is a bit steep for a temporary fix.

You been up to the midweekminis meet at portsdown yet fella? Good to see you after lockdown

You been up to the midweekminis meet at portsdown yet fella? Good to see you after lockdown

I went along for the meet a few times a little while back, it'll be great to get back up the hill once we're out of the lockdown and can start to enjoy some finer weather a bit more!

I've spent a bit of time under the bonnet today tackling a couple of minor jobs - still not quite feeling up to doing the full stage 1 kit install without access to a pit or a ramp and a bit of a dodgy back, but progress is progress

The old cone air filter has been taken off and replaced with a standard housing and K&N filter element, which should better suit the 998 engine while eliminating the intake noise for a *slightly* quieter commute once I'm back in the office. 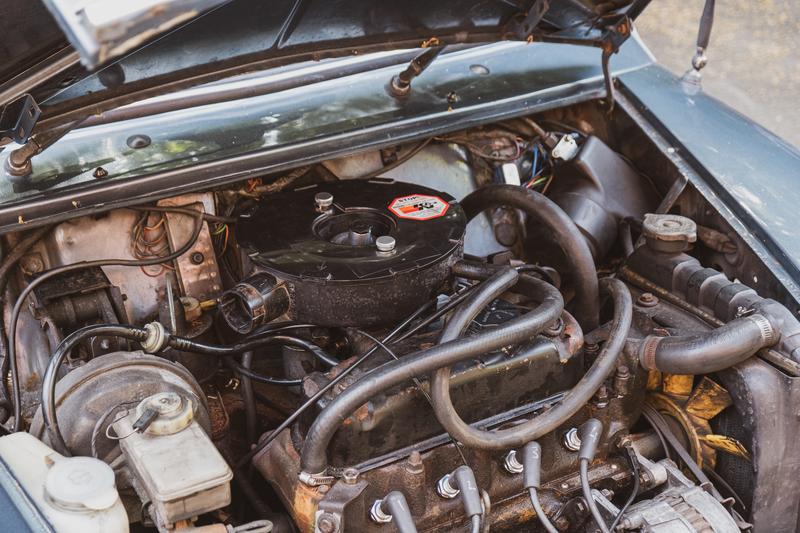 With the standard housing in place I was able to reconnect the hose coming from the engine breather; until now it's been cable tied to the bottom of the subframe so the length is a bit excessive, I'll probably cut it down to route it more cleanly in the engine bay at some point.

While I had the access I checked out the clamp which attaches the exhaust manifold to the downpipe, and it was really loose which explains an exhaust leak I'd started to notice, so that got a good tighten up. But that wasn't the only part of the problem it seems - one of the manifold nuts was completely missing! Fortunately I'd already ordered a full set of replacement brass nuts and washers in anticipation of the fitment of the stage 1 kit, so that went straight on as well. 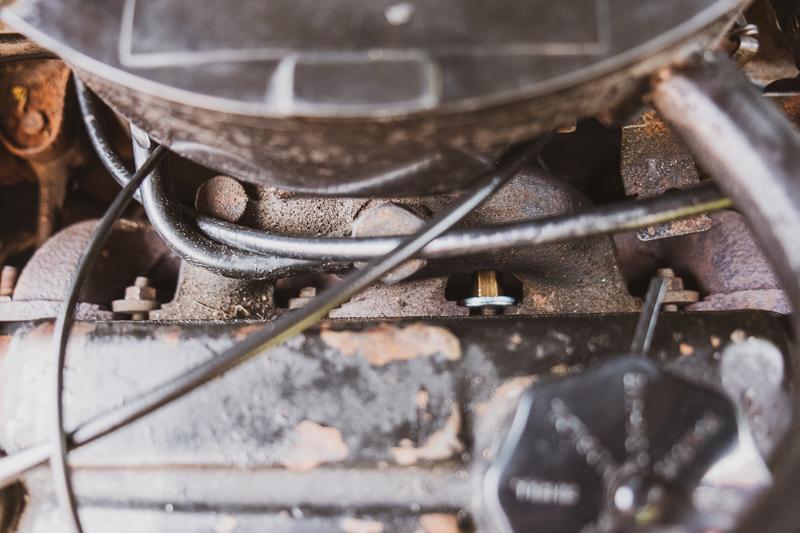 A spirited drive to Sainsburys for my weekly shop saw a noticeable improvement in the noise levels, as well as a reduction in a flat spot I'd noticed at around 50mph and an overall improvement in smoothness and power delivery, so all in all a successful day I think! It was also a nice excuse to try out my new camera for some artsy close up pics of the grubby engine bay

I spent yesterday morning giving the bodywork a decent clean and polish, as after being sat under a tree uncovered for just a few days, it'd accumulated all manner of Spring-time guff! I also managed to eliminate a really annoying squeaky rattle, turns out the bonnet just needed a slight adjustment to stop it fouling on one of the rear corners.

Since now we're allowed to drive further afield for some exercise I was able to put it to the test on the first "proper" drive in ages, and I decided to bring my camera along for a few pictures while I was out and about 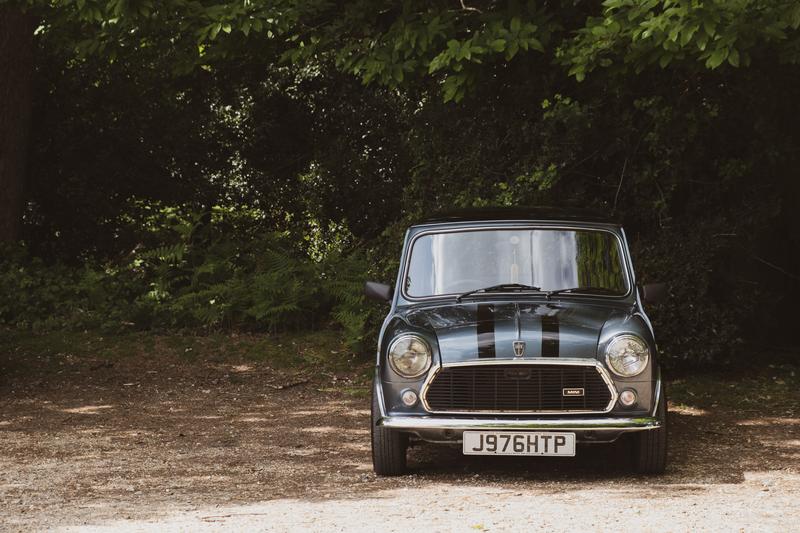 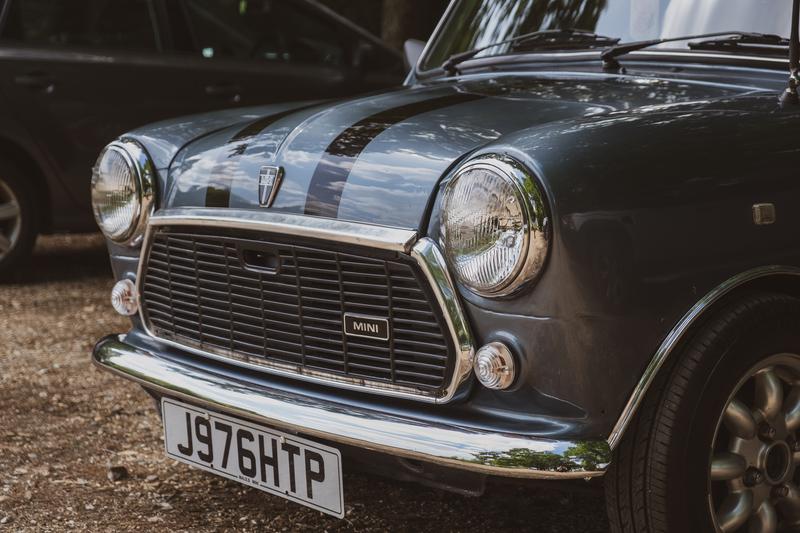 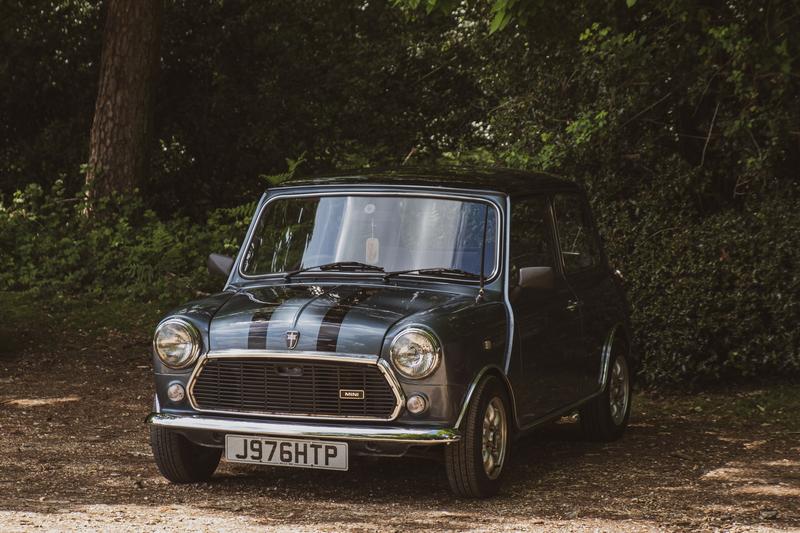 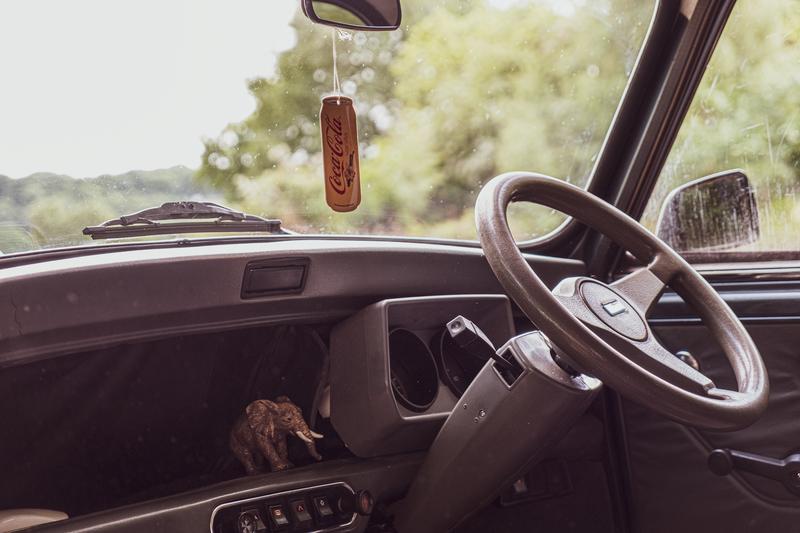 A couple of weeks ago I experienced a fairly sudden clutch failure, so Bertie has been off the road - rubbish timing since it coincided with the lockdown rules changing to let us visit friends & family in their gardens!

My initial troubleshooting identified a really worn pedal clevis pin, and while this wasn't the main cause of the failure, it was definitely less than ideal since it was causing a massive amount of slack in the pedal. 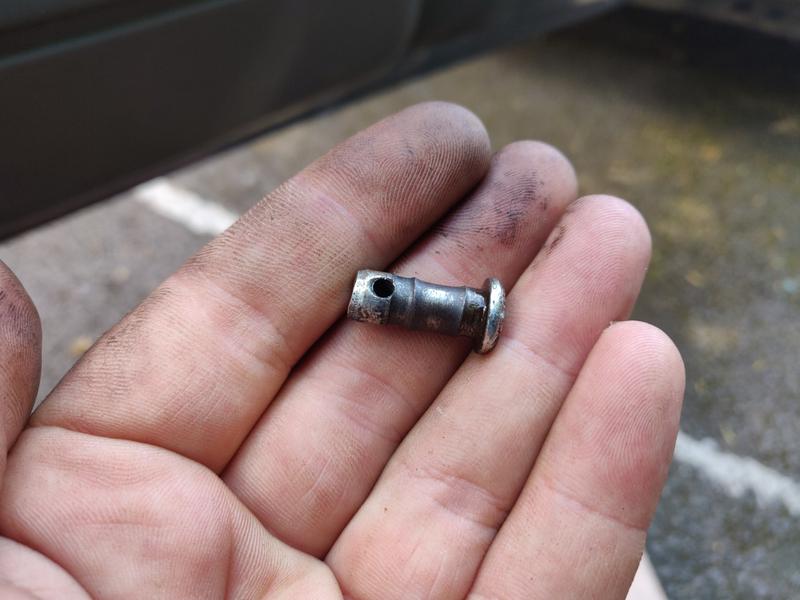 Replacing this with a new pin made the pedal feel a lot better, but ultimately the main problem behind the clutch dragging turned out to be the slave cylinder, which I've finally managed to fit after waiting for the replacement to arrive from Minispares. Now the clutch feels better than it ever has

Also since the last update I've fitted a tidy set of original second-hand Neon seats to match the rear seat & carpet, much comfier and more in keeping with the interior than the old seats: 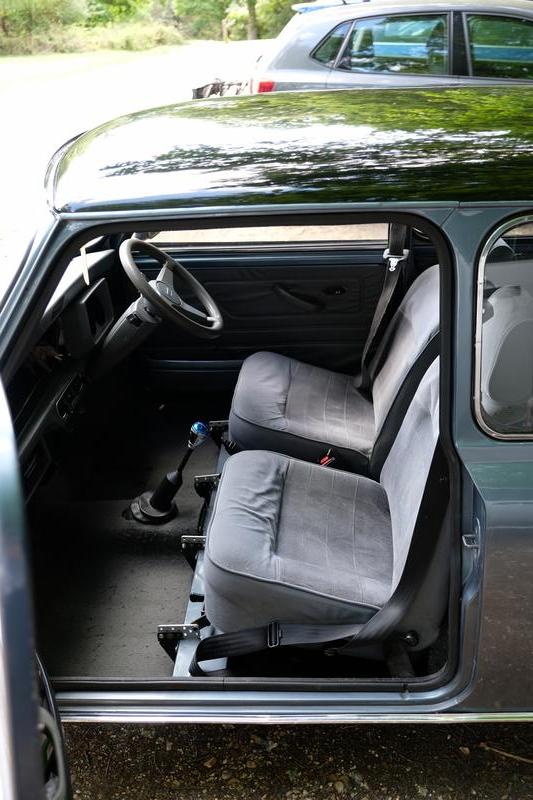 I've also fitted some chrome rounded mirrors which look rather smart, although I've yet to take a photo of those!

Quick update with a picture of the new mirrors :) 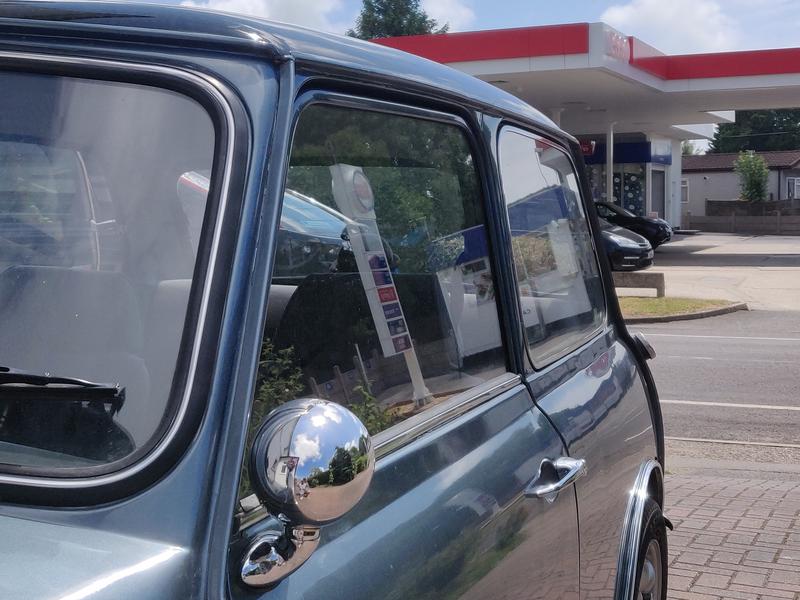 I've also worked out a solution for filling in the holes left behind by the old wheel arches... after searching for ages for some rubber grommets small enough, I thought I'd try modifying some swimmers' ear plugs I got off Amazon for a fiver, and it turns out they do the trick quite nicely! They should do a reasonable job of preventing water ingress from the rear holes into the boot, and have actually worked a treat to tidy up the overall look of the car. 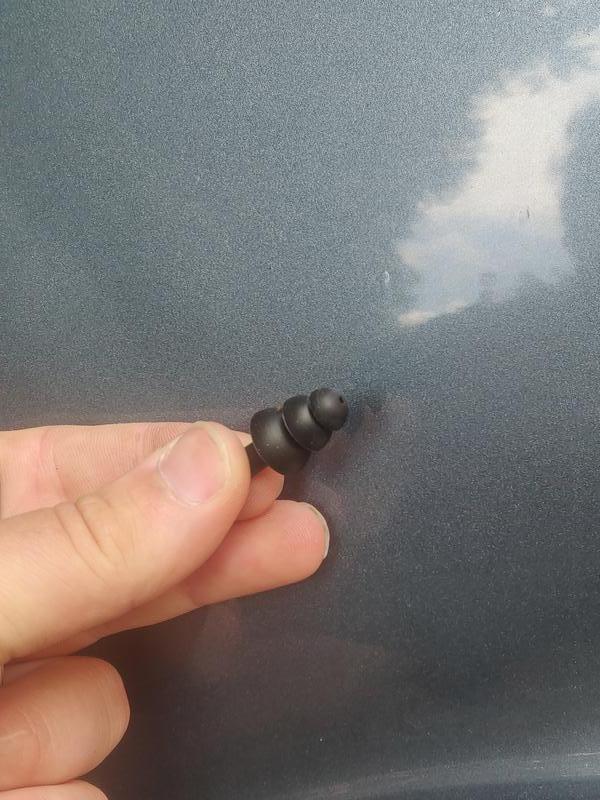 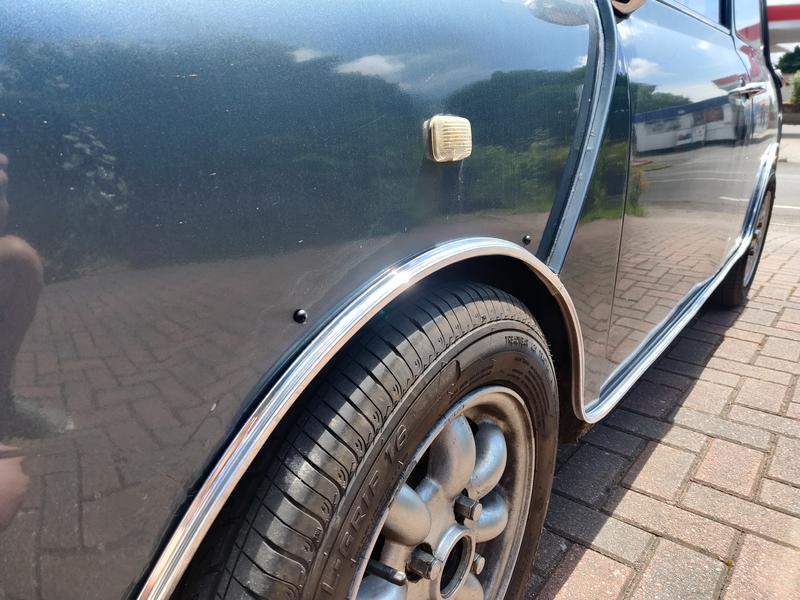 Finally got the stage 1 kit fitted with the assistance of a local garage and their ramp... I'd love one of these 4 post lifts for myself, but I'm not sure if that'd go down too well in a shared car park for a block of flats 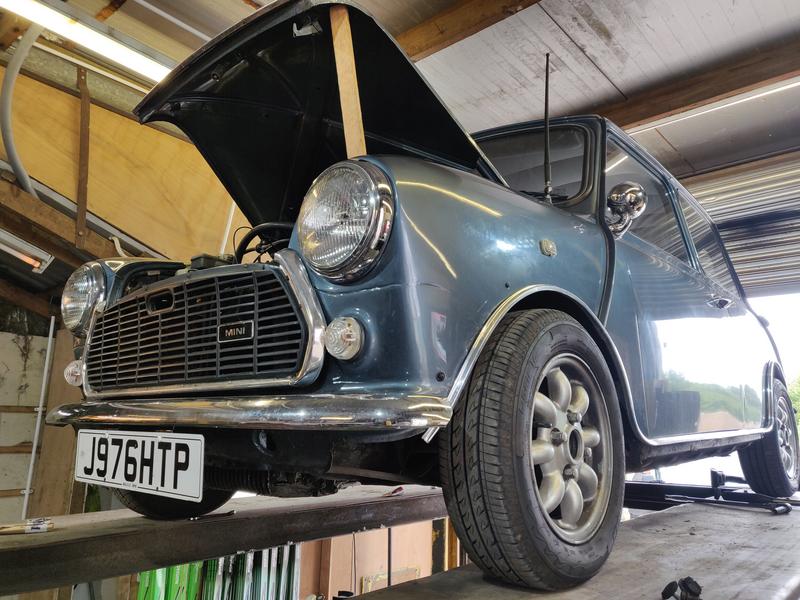 Overall I'm very pleased with the sound of the new exhaust system. It's actually a hell of a lot quieter than the old leaky peashooter, while emitting a lovely subtle rumble out the back which is plenty enough to put a smile on my face when I give it some beans! I'm glad I did go for the twin box RC40 rather than a single box this time, as a daily driver it should be much more pleasant for longer journeys - which will be put to the test with a trip up to the lake district at the end of the month

I managed to spend a good amount of time giving Bertie a tune this weekend while visiting my girlfriend's family in Downton - the timing was already spot on but the mixture was very weak, so the engine wasn't performing too well under acceleration, particularly at motorway speeds. A new AAU profile needle in the carb helped enormously, but it was still running too lean. After some additional fettling and test drives to dial in the mixture adjustment, the car now feels 10x better and much more enjoyable to drive with excellent power delivery and throttle response through the rev range. I've yet to test it out but I reckon I could quite easily keep up with a 1275-engined Mini now, and given where I sorted the tuning, maybe you could say I now own a Downton tuned car?

I've also made a few minor additions to the interior on my lunch break earlier today. First up, a new gearknob courtesy of AliExpress - here's a "before" photo with the old one still fitted: 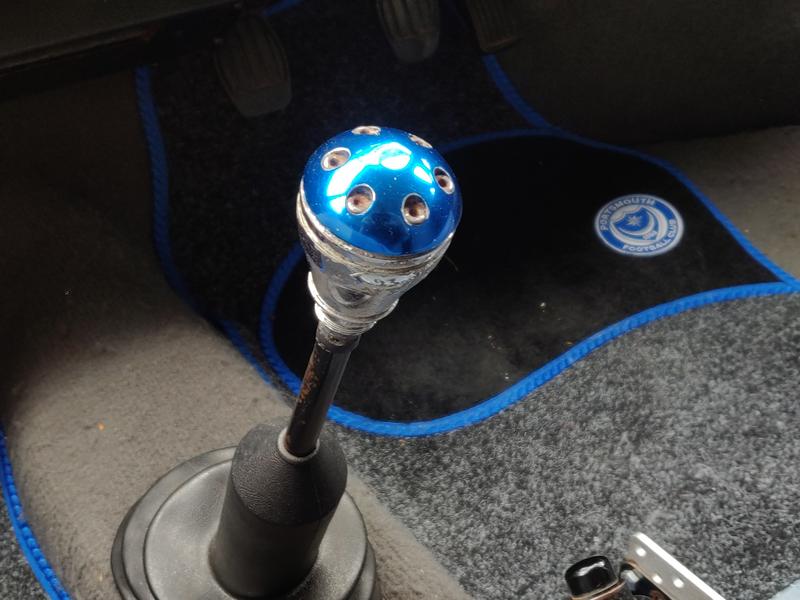 I've been meaning to get rid of this for ages as it's simply pushed on to fit, with nothing to secure it when lifting up the gear selector for reverse. A bit of a pain when it flies off in your hand while trying to park up! It's also worn and not really the look I'm going for, so with very little persuasion, off it came: 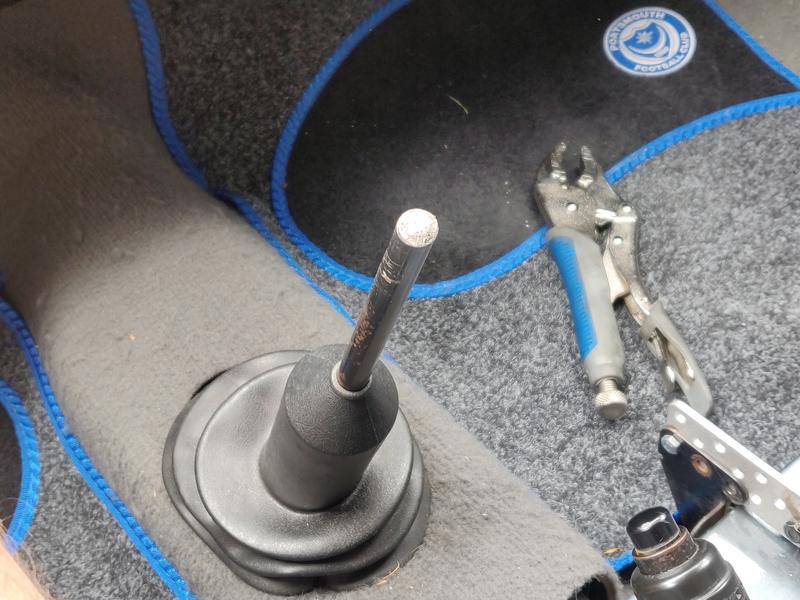 And this is why the universal type was ever fitted in the first place... at some point in the past someone's obviously had a go at making their own DIY "short shifter", chopping off the top of the gear stick and removing the threaded section that would take a standard knob. For the very same reason, the replacement is also a universal fitting type, but with a few grub screws and rubber sleeve to keep it nice and snug, which should hopefully do a better job of staying put while I try to get the car into reverse. 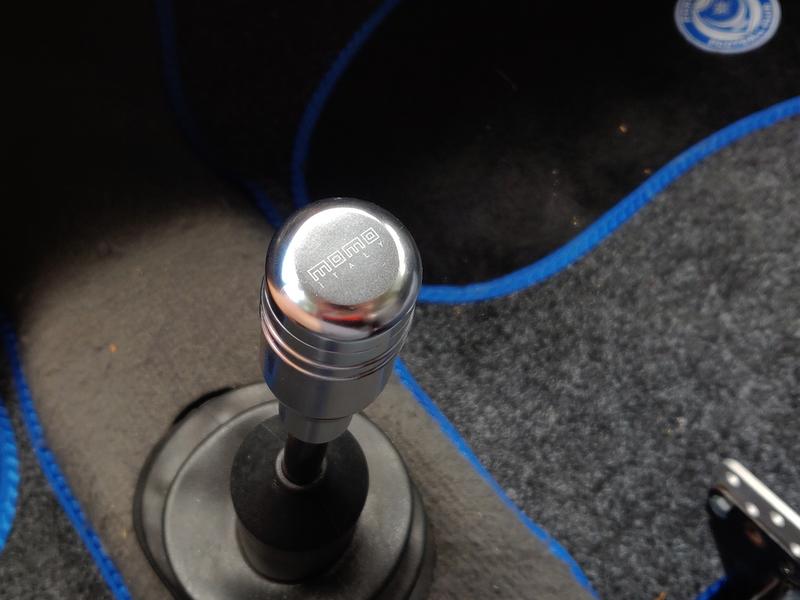 I'm not sure I'm a big fan of how this new one feels yet, but it certainly looks a lot nicer. I might need to get a MOMO Prototipo steering wheel to match it now

But to be honest the long term plan is to actually replace the shifter with an unmodified one with the thread intact, or maybe a KAD quickshift, not too sure yet!

At the same time I also fitted a cheap phone holder I'd spotted on Amazon. I didn't want to get one of those rubbish suction type mounts as I think they look naff and would obstruct my forward vision, so I thought I'd try this clamp-type dashboard mount instead. The hole for the ash tray offered the perfect place for securing it to the upper dash rail while making it easy to route the audio cable for the phone as well: 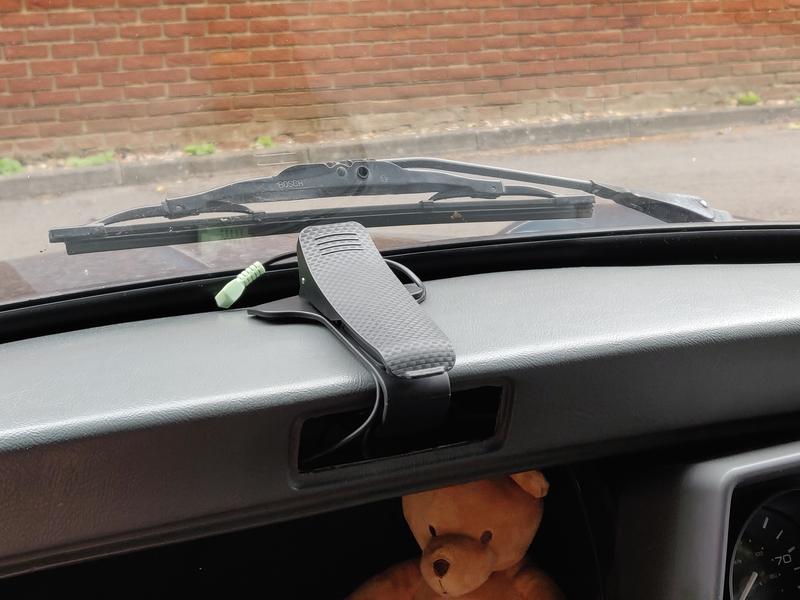 I like the fact that it's almost completely out of the way when not in use since it folds flat for a much tidier look. I did want to take a picture of the phone actually secured in the clamp, but that's a bit hard when trying to use the phone as the camera at the same time! 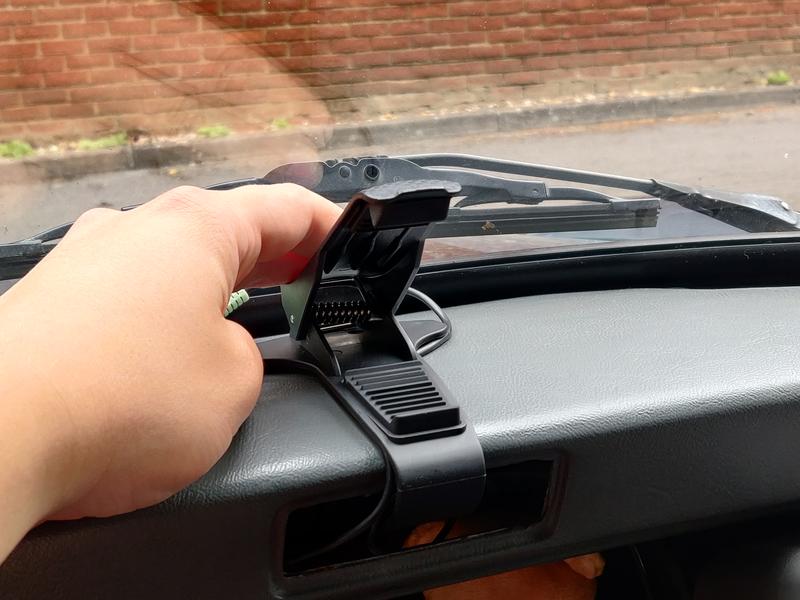 I'll probably fit some sort of retractable audio cable to tidy up the look a bit more, as well as a charger once I bother to fit a 12V socket somewhere - I'm considering modifying the ash tray to incorporate the cables or maybe some jacks / sockets / ports while covering up the hole for a more "factory" look, but I reckon this'll do nicely for now 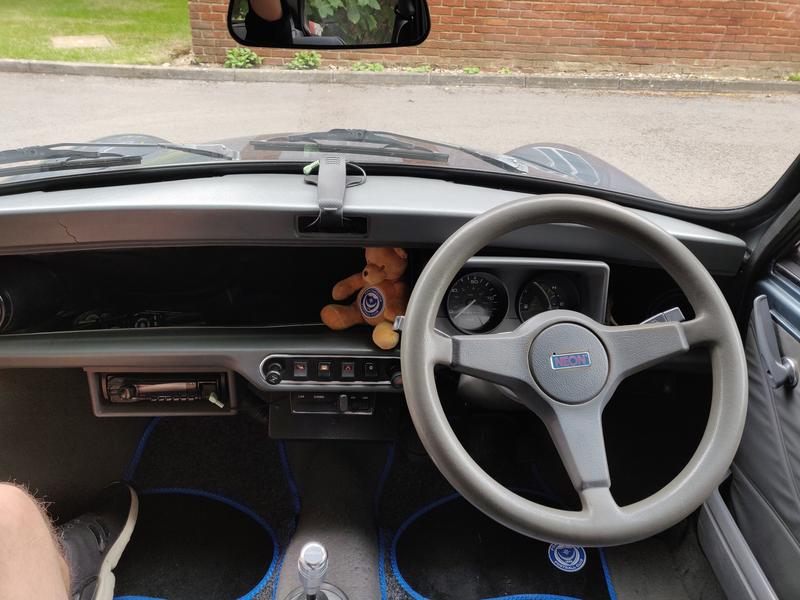 Oh and the floor mats are new too, thought I'd show some support for my local team especially while we're in the playoffs

New steering wheel arrived today, just waiting on the boss from Minispares to turn up so I can fit it to the car! 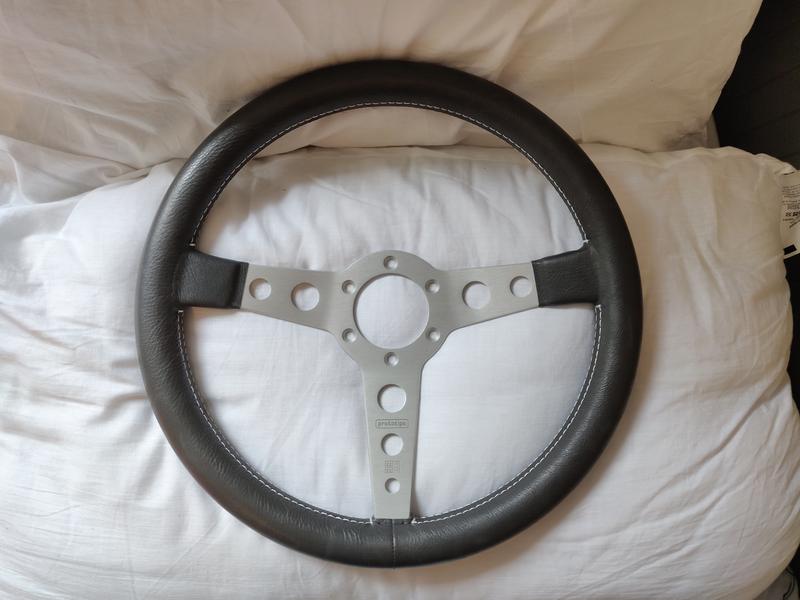 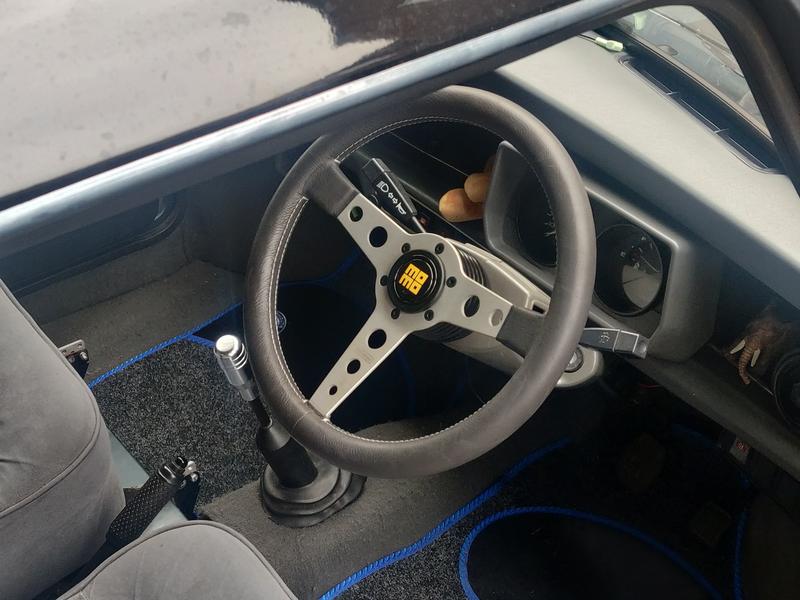 Here's a before and after for comparison... 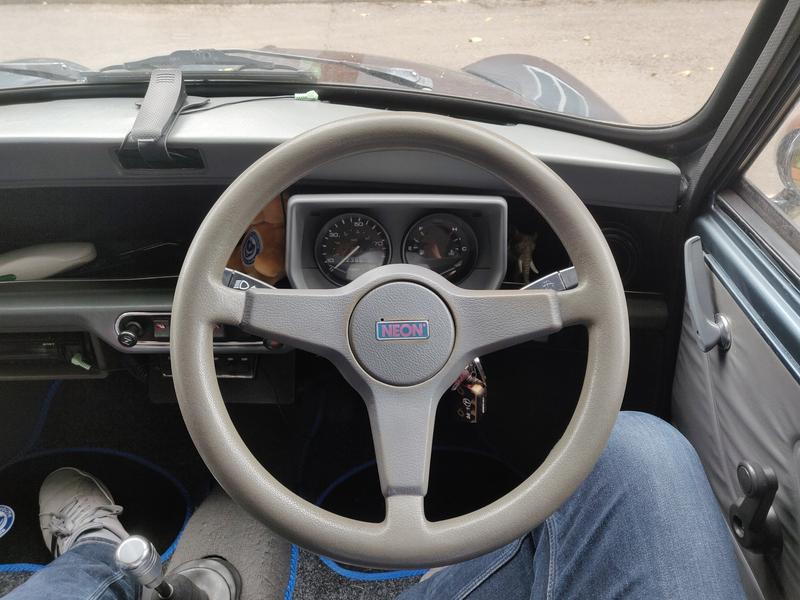 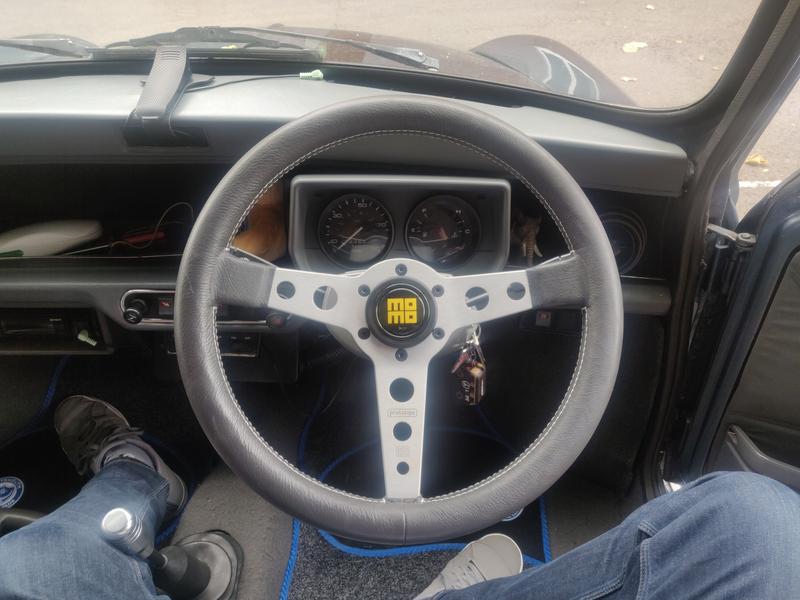 That's much like my wheel. I still needed an additional spacer to get it to fit right then I eventually dropped the steering a bit.

That's much like my wheel. I still needed an additional spacer to get it to fit right then I eventually dropped the steering a bit.

I've considered fitting a steering drop bracket as well, but I'll see how I go for now with the new wheel as-is. It's very similar in diameter to the original, but does end up further away from the front of the car with the dished spokes and boss kit which is hopefully going to be ideal for me, as I sit all the way back in my seat on extended brackets.

This isn't really much of a progress update as far as the rolling project goes, but it's as good a place as any to post some of the recent pictures I took after giving Bertie a much needed clean and polish last weekend. 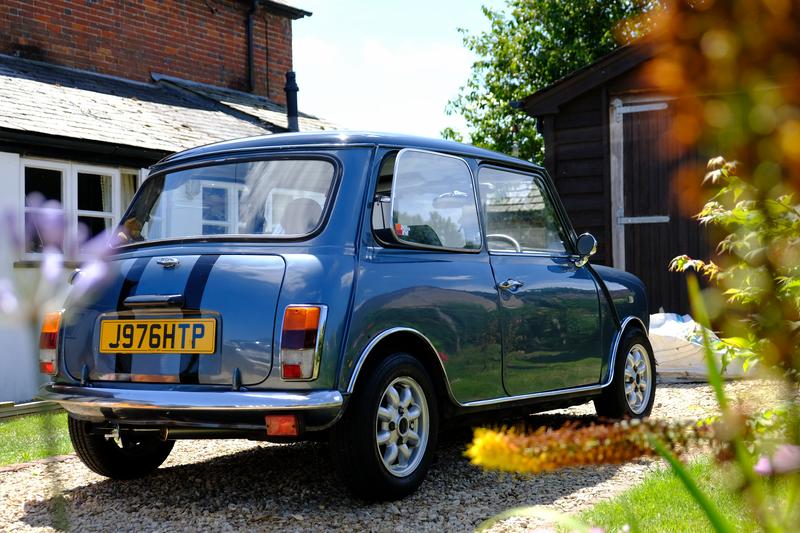 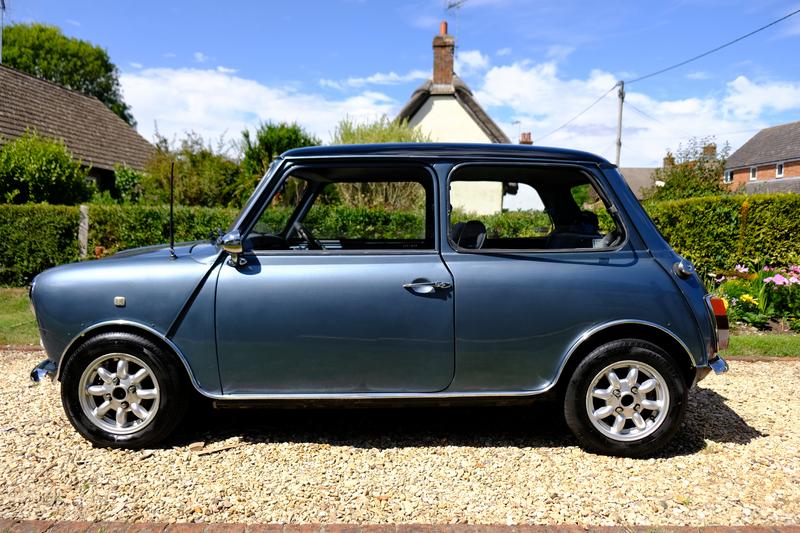 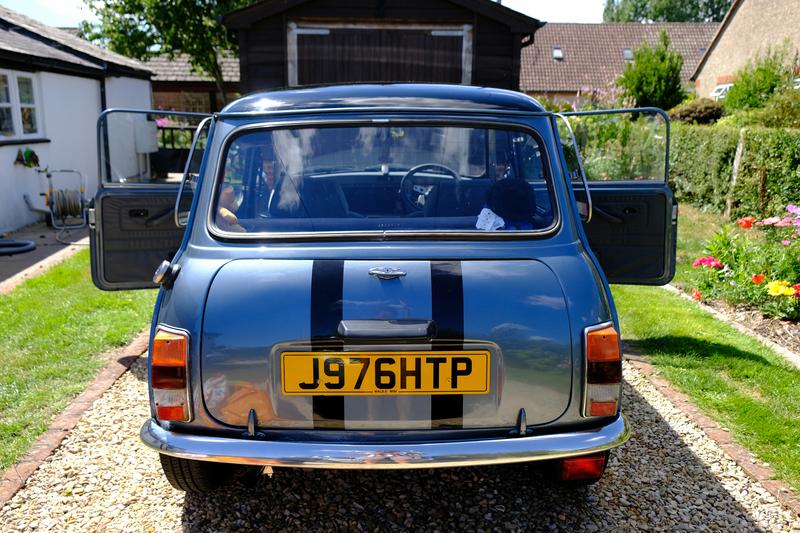 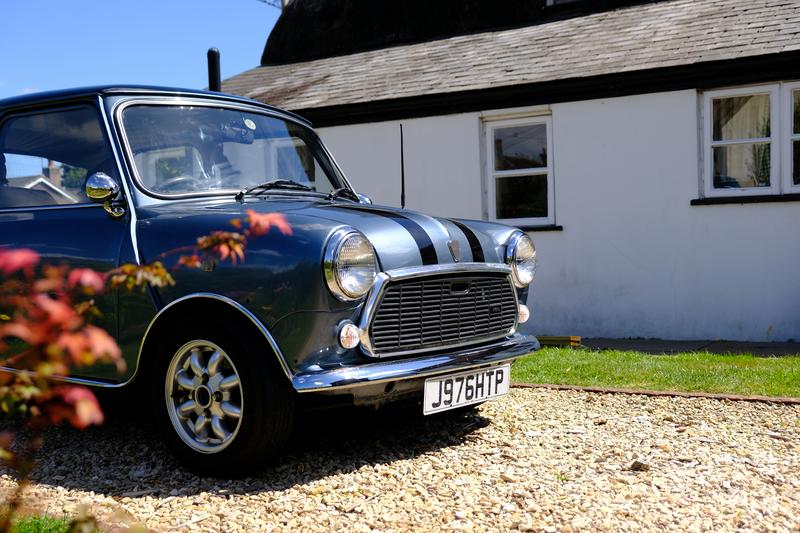 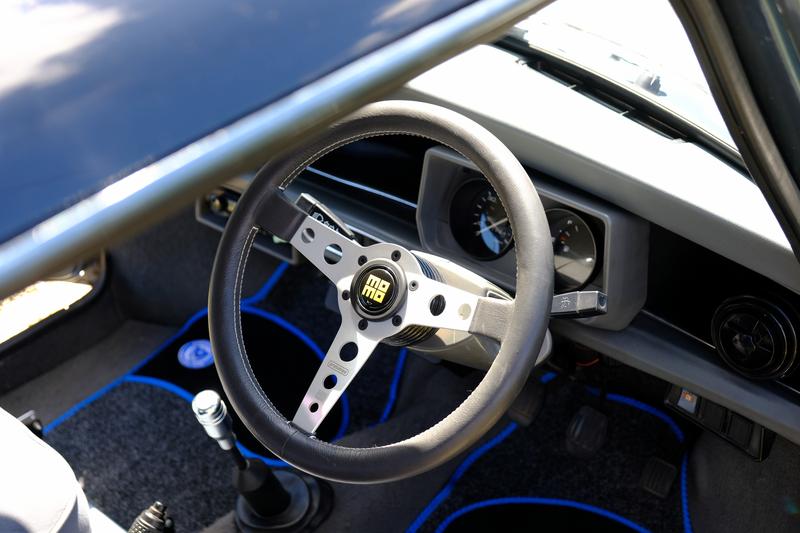 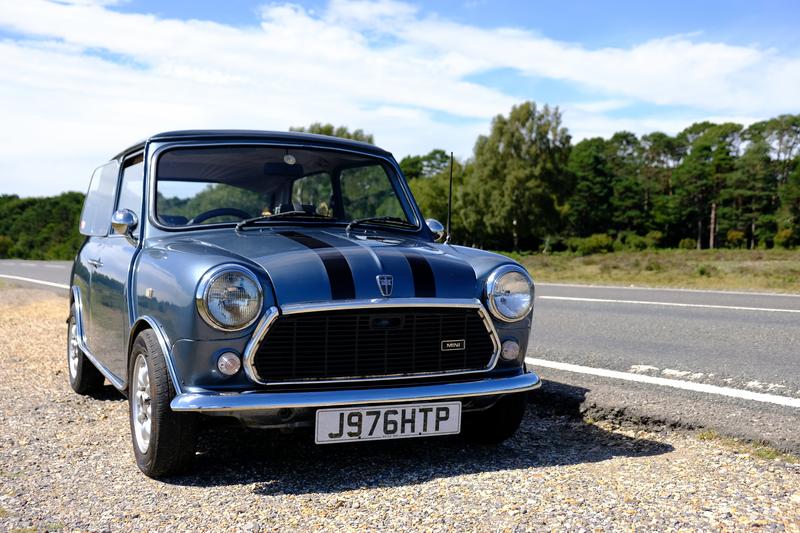 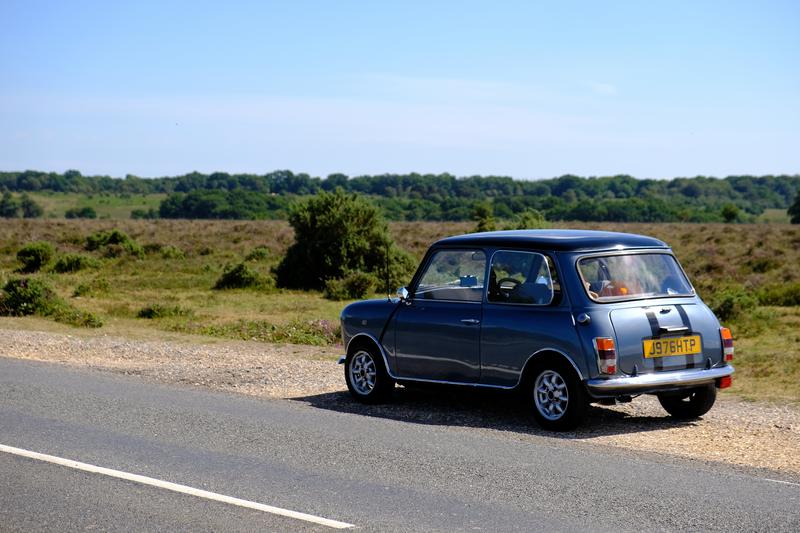 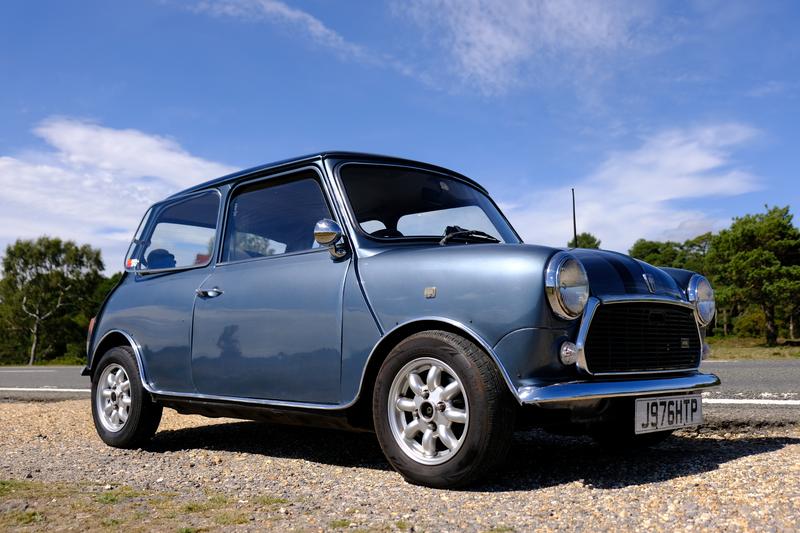