The head unit I used to have in the Dashboard was a pain to reach from where I have the driver's seat positioned, but I did manage to buy a hand held remote, and then later a remote which fixed onto the rear of the steering wheel.

Both had disadvantages, so I was wondering if anyone knows of any headunits which you can plug a wired remote into like the one sony used to do: 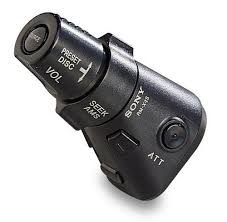 This remote is no longer made, but would this still work with new headunits? I have seen both Sony and Kenwood make a wired remote for marine applications, but I've not found anyone who has used them!

I had a bit the same problem, i have a Pioneer radio, and there was notting there out of the box.

I did find this, so i made one myself:

a jack plug, some buttons and a couple of resistors, and it works very nice!

I'll have a look at this it shouldn't be too difficult to do!

Back to I.C.E & Security