64 replies to this topic

Amazing answer, thank you.  a search party 1 or 2 days to find us.  A different World.

I think this is picking up where I last left off on the main story.

Yes, we both did get to the K1 Junction 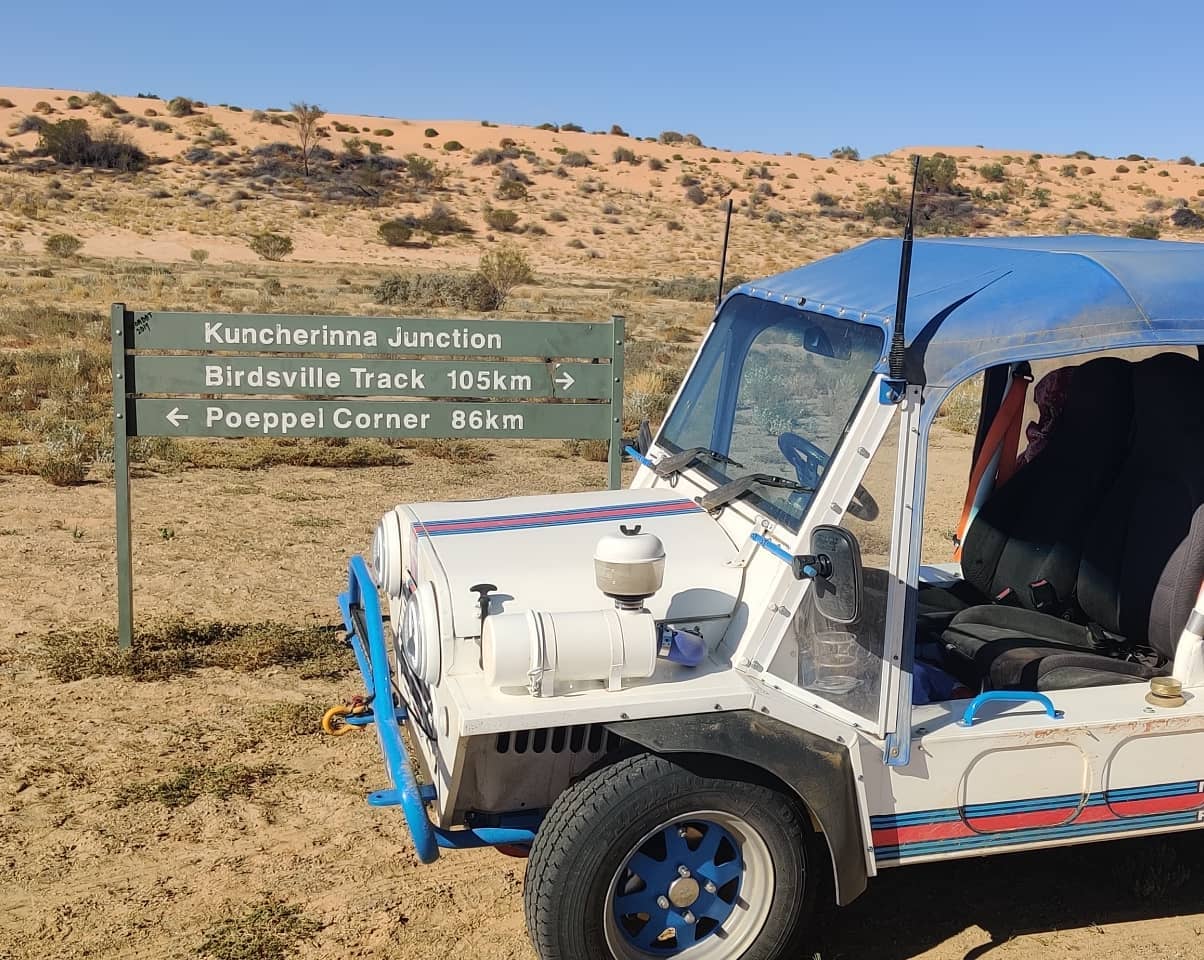 Morning following our night's camp in the desert, a chance to dry out ! 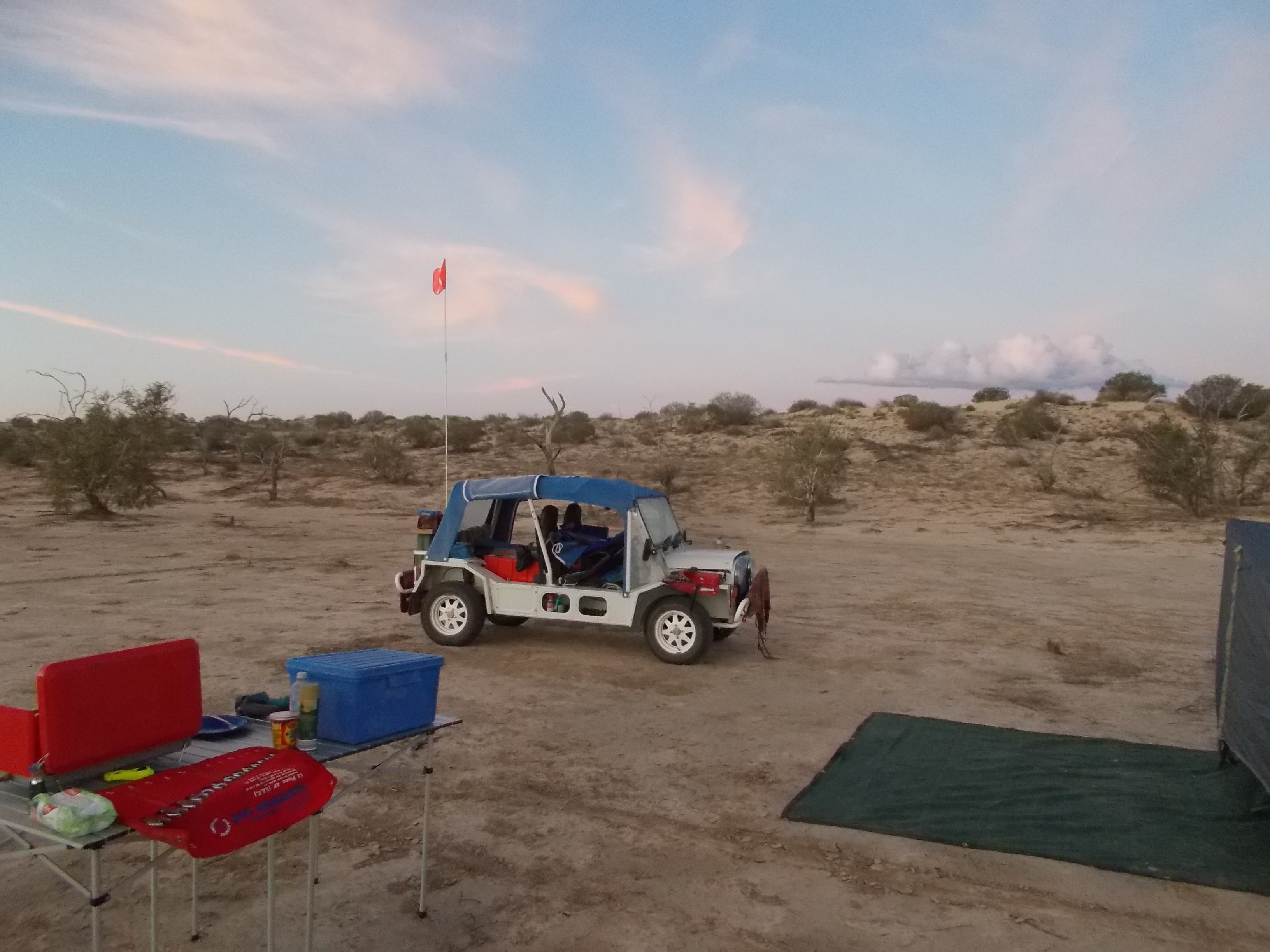 Heading back to the Crossing, the track leading up to it was rather rough to say the least 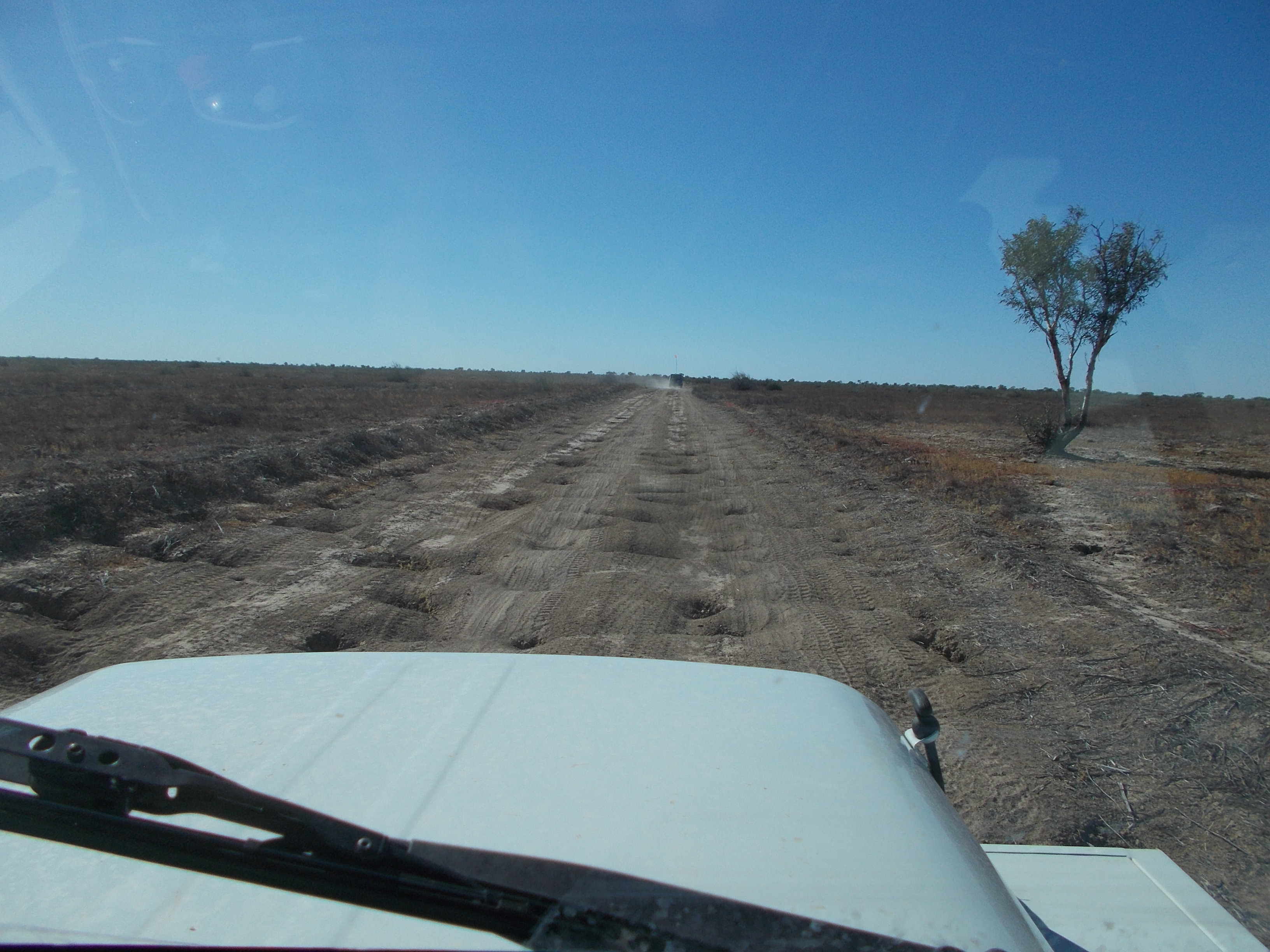 Jack from his best angle, crossing the Warburton Creek 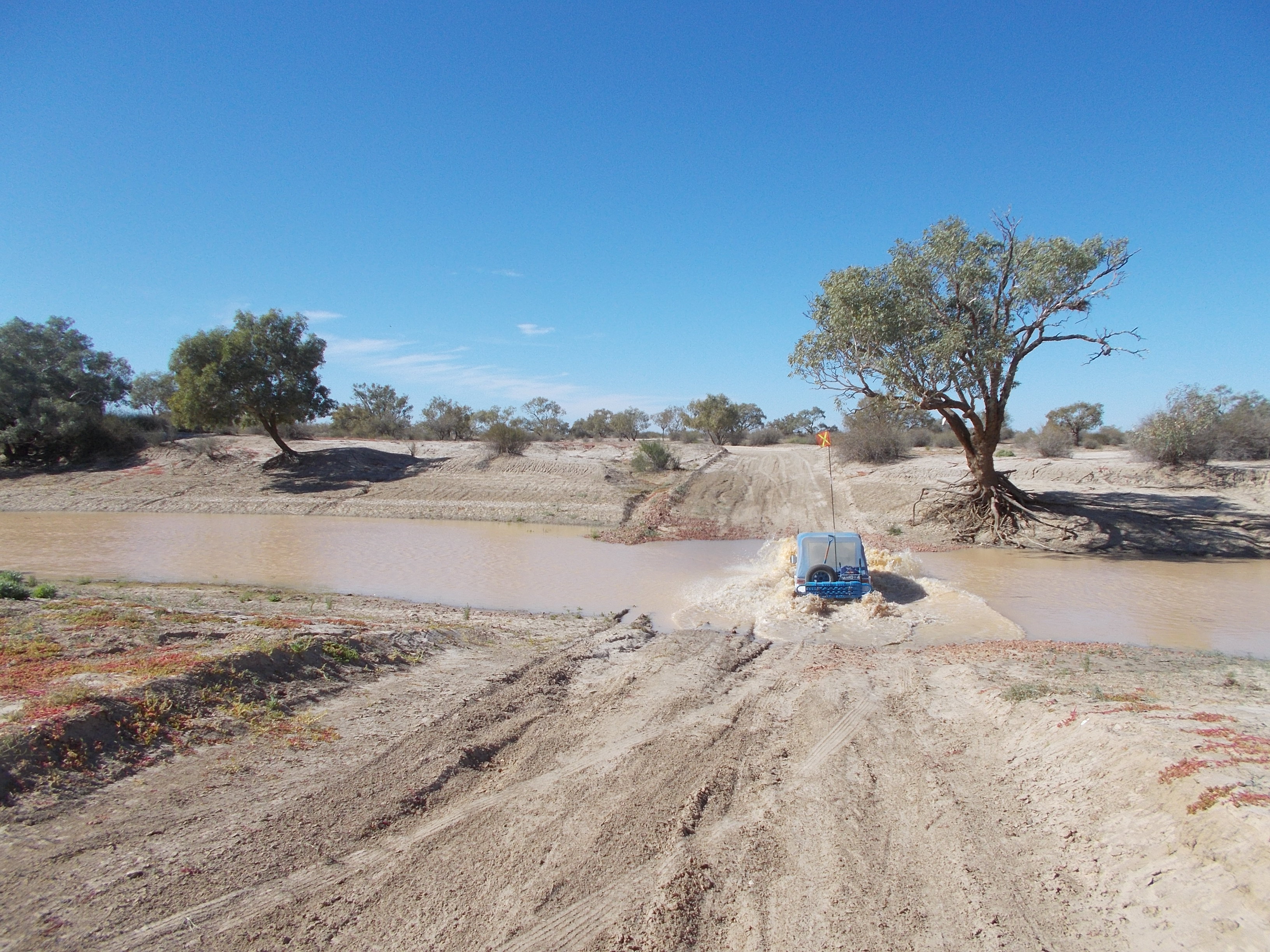 Both safely back over 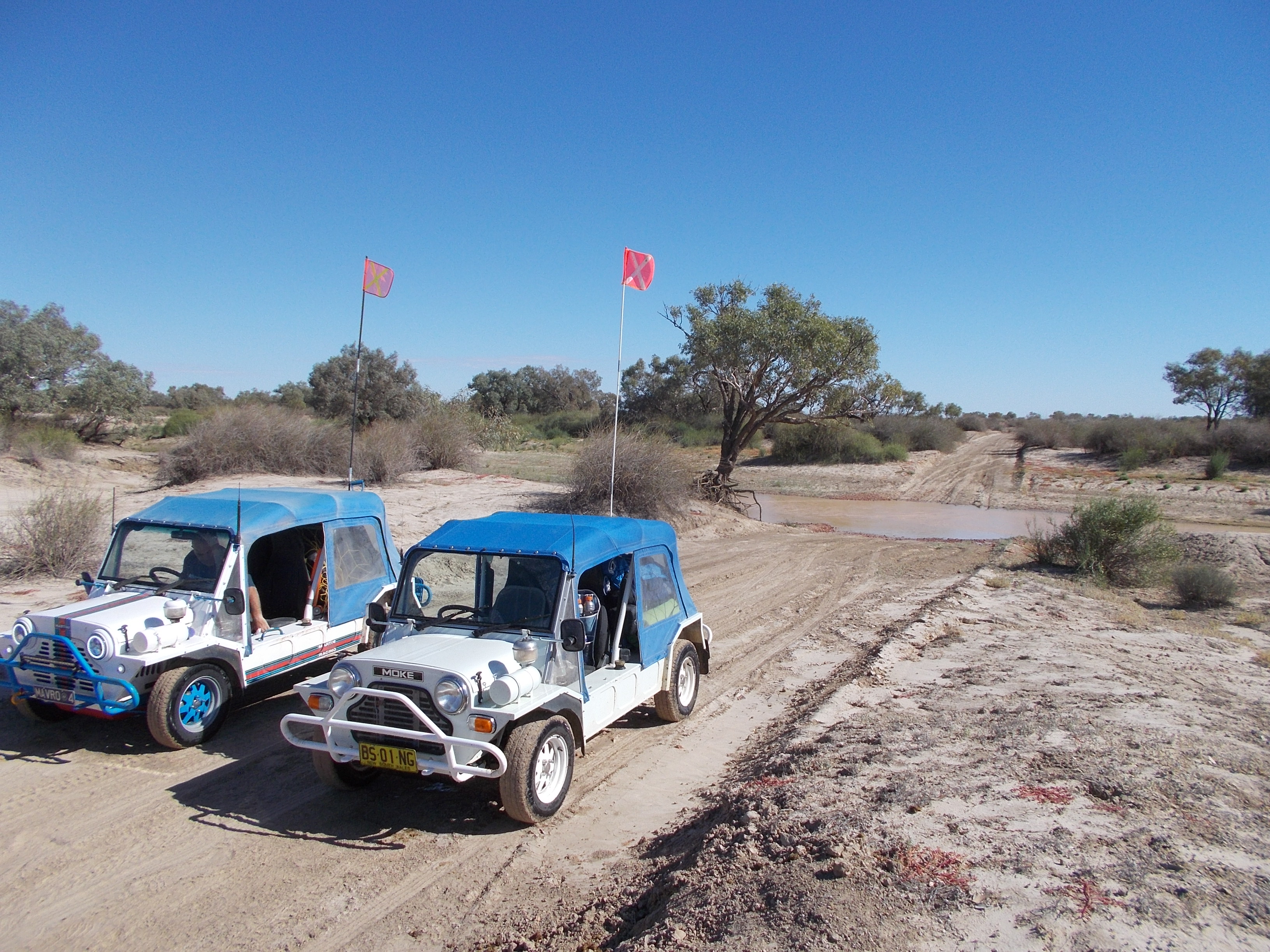 And headed to the Birdsville Track once again.

About 2 hours down the Track, we stopped in to see and old mate and fellow Moker - Phil, at Mungerannie Pub (about 1/2 way down the Birdsville Track) 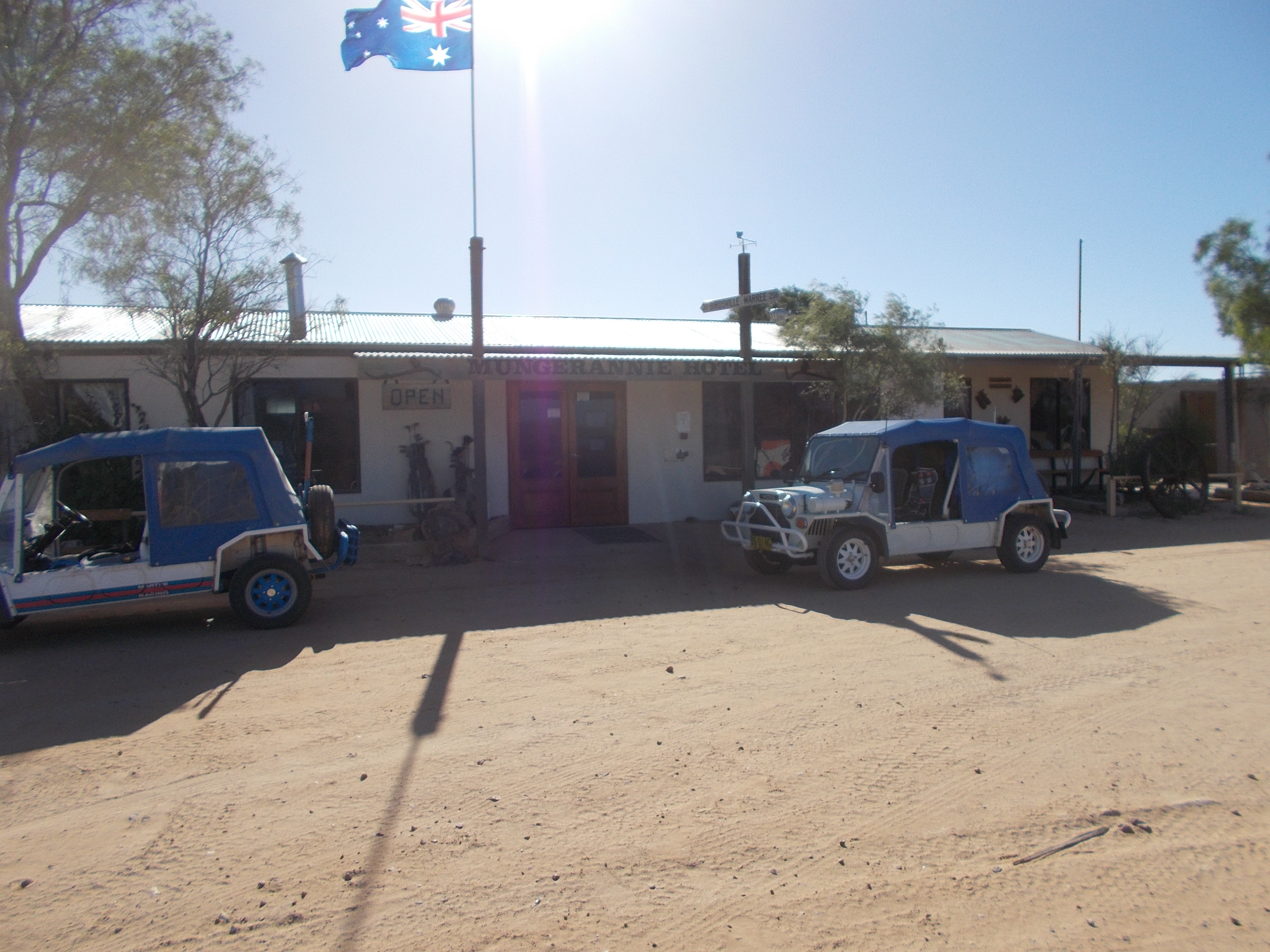 On heading on in and seeing Phil, he looked dreadful. He hadn't slept in 2 or 3 days, as he just can't get hired help presently, due to Covid. Jack and I offered to look after the place for an hour or so, just before lunch, so he could get his head down for some much needed rest. That was at about 11 in the Morning.

Phil looking much better and relaxed for the first time in quite a while, on the side of the bar where he'd rather be

While we didn't intend to, we stayed the night and looked after all the many guests, most who also didn't intend to stay, but once you enter that time capsule, it's is hard to leave

Morning after the night before 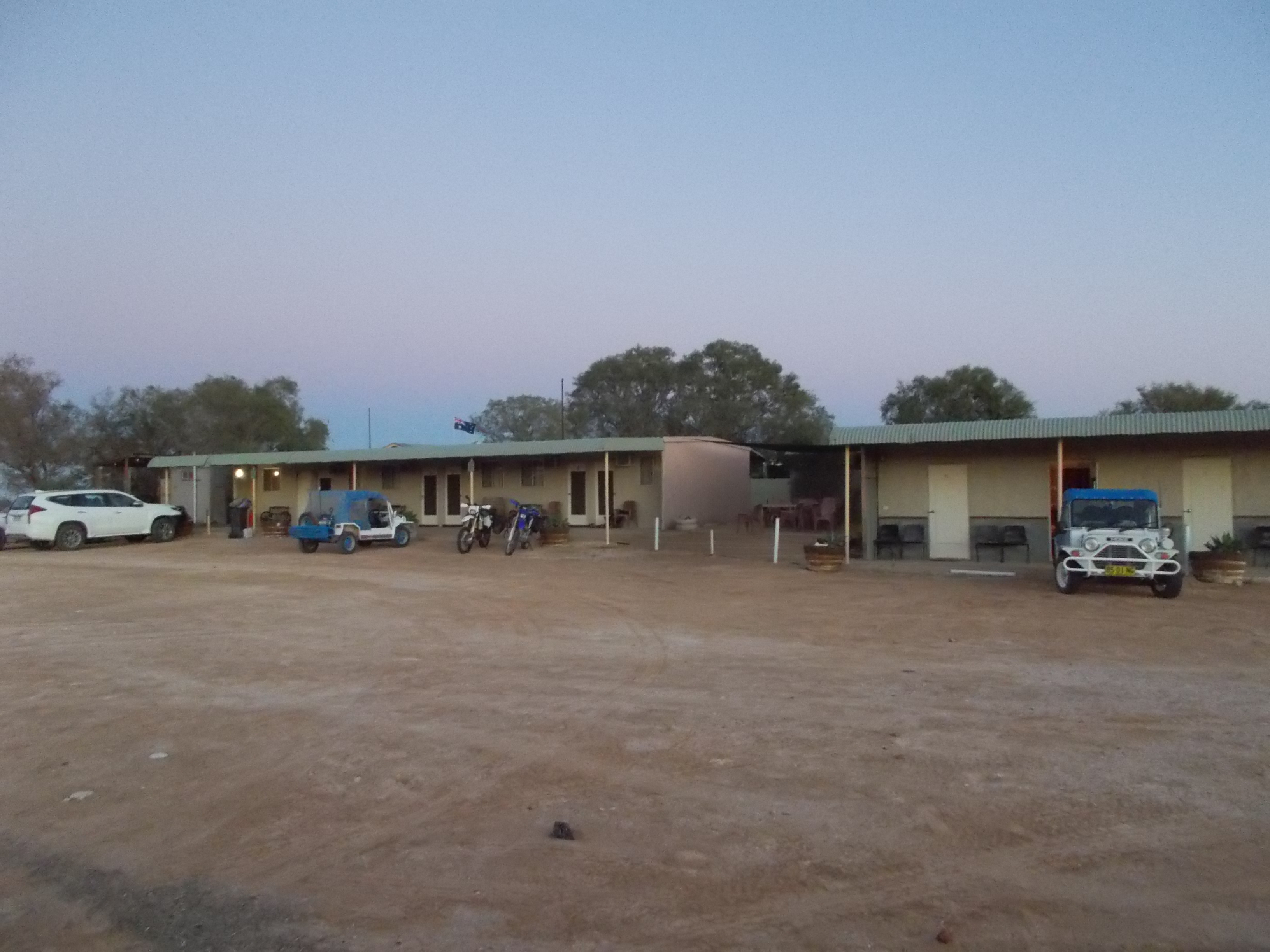 We were often asked when McDonalds would be opening 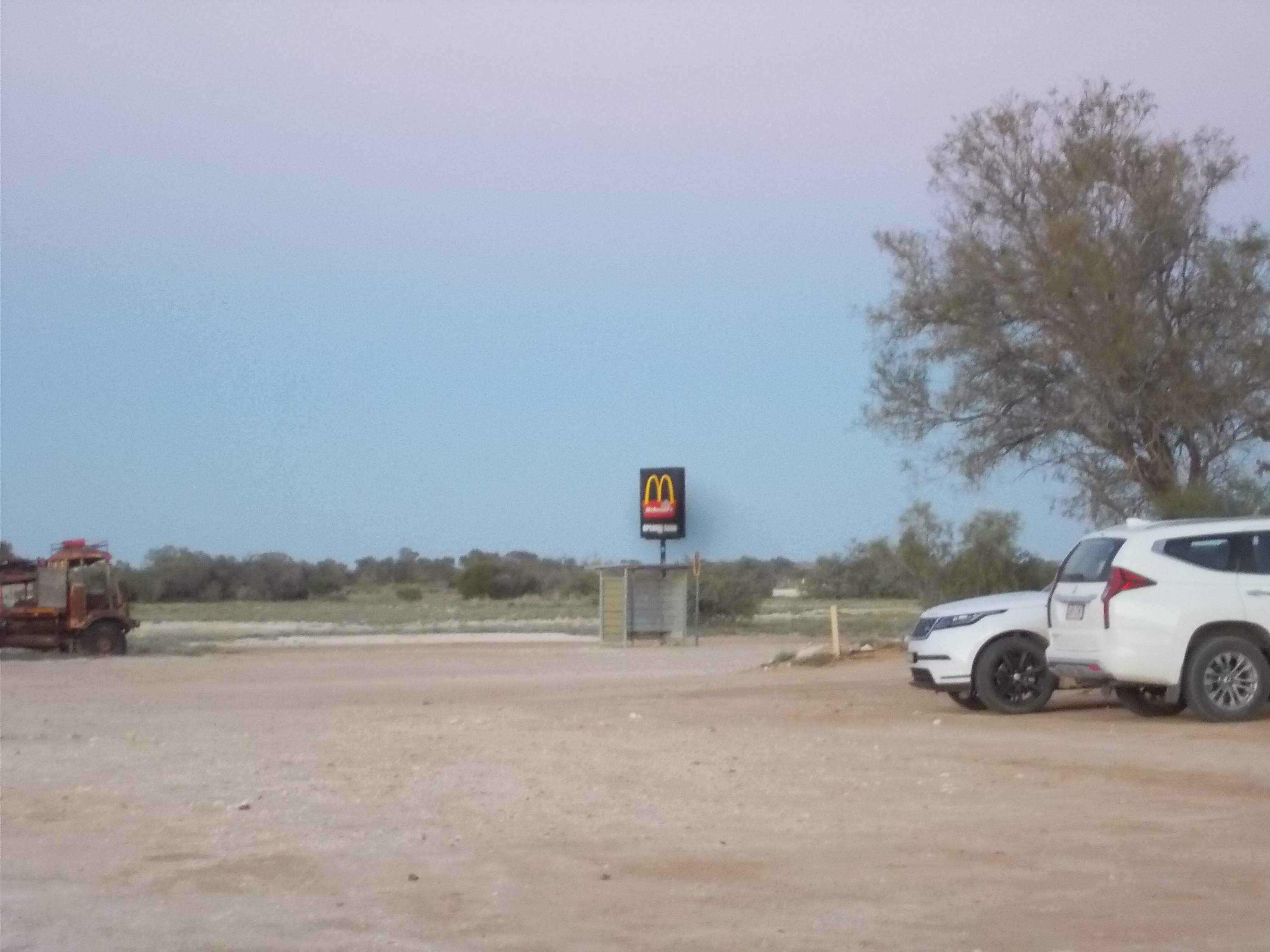 With the 'Trip' pretty much over by this point, we stopped in for one last night out at Farina, an abandoned town that once was a Sheep 'centre'. 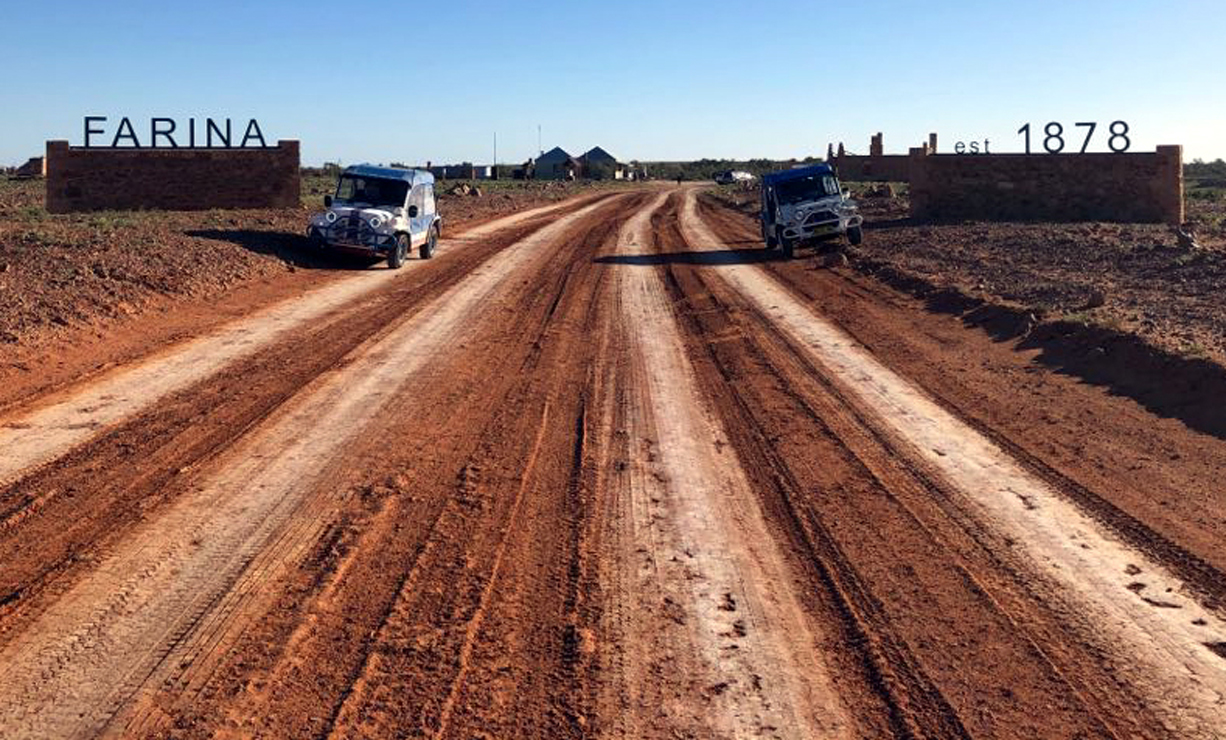 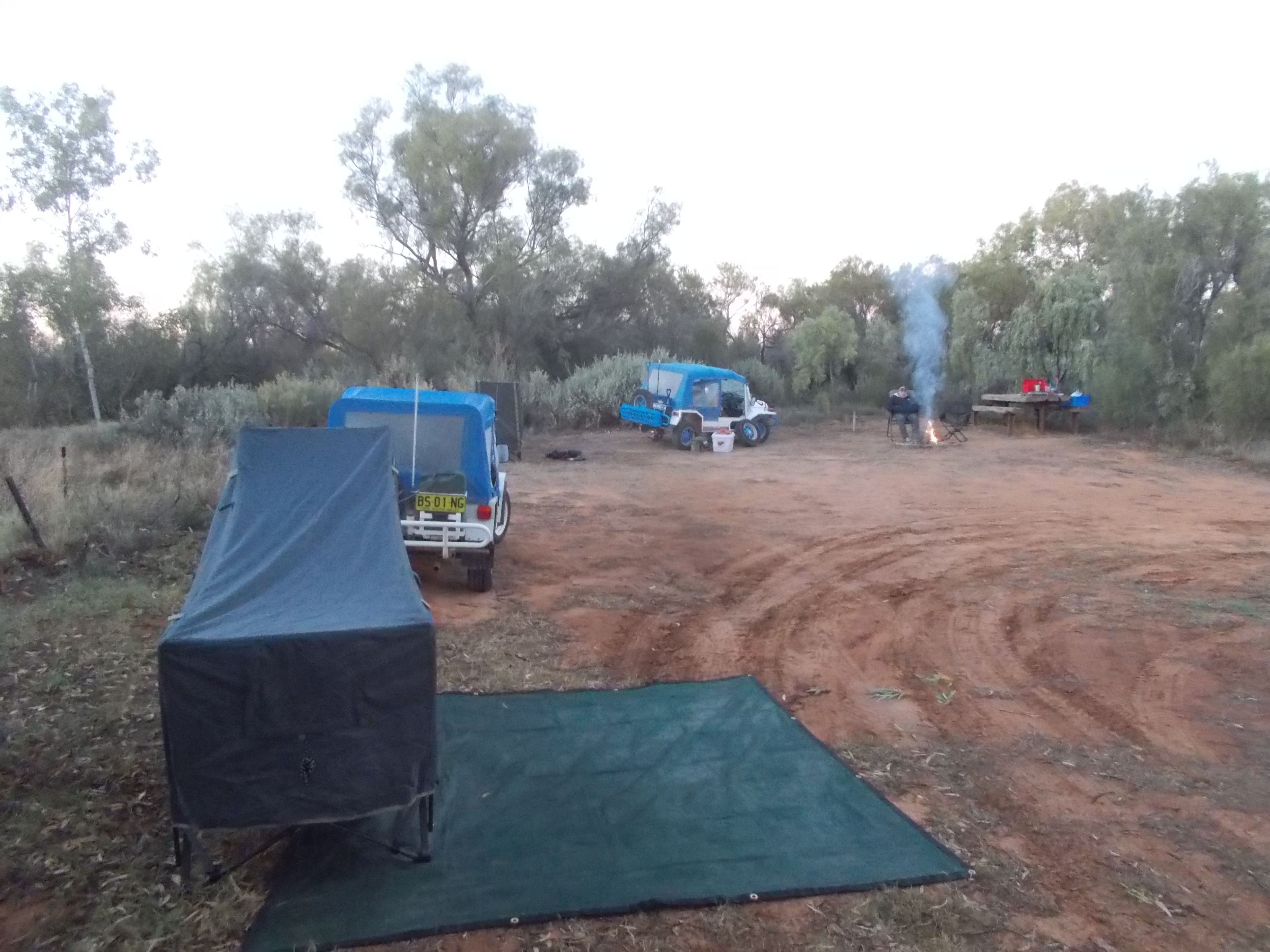 Best I come back and get to where this trip - at least for me - ended in significance.

After leaving Farina, I had a few days 'spare' up my sleeve, so I thought I'd come with Jack to Adelaide and catch up with a couple of old friends, however upon reaching Adelaide, I found that we'd literally passed one of them back in the Flinders Ranges

and the other was on their House Boat on the Murray River, trying to catch up on some maintenance, but the weather wasn't quite favorable for that, as I was to be going that way they invited me up the next day to stay overnight with them. 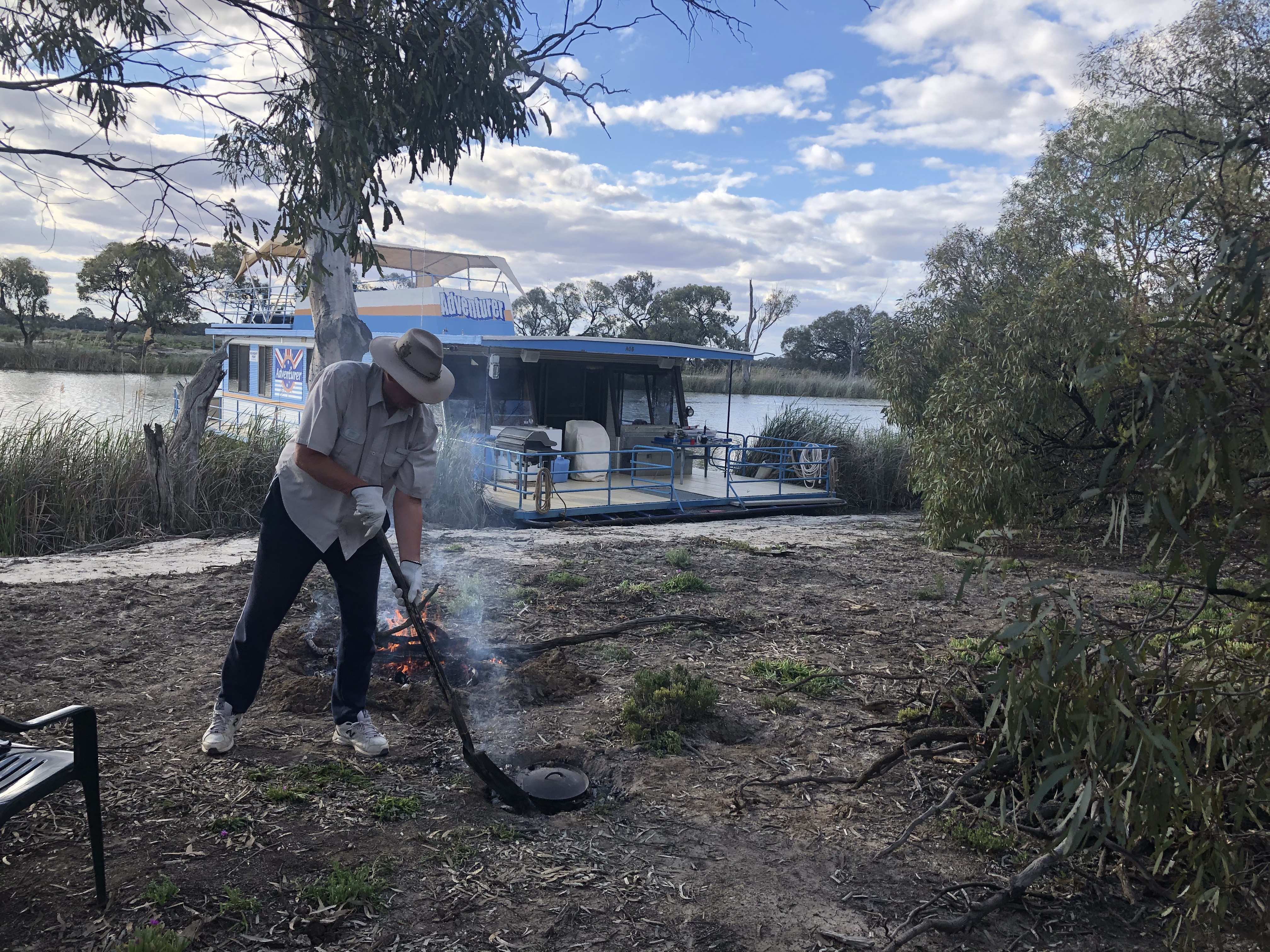 Makes for a bit of a change from where I'd just been. 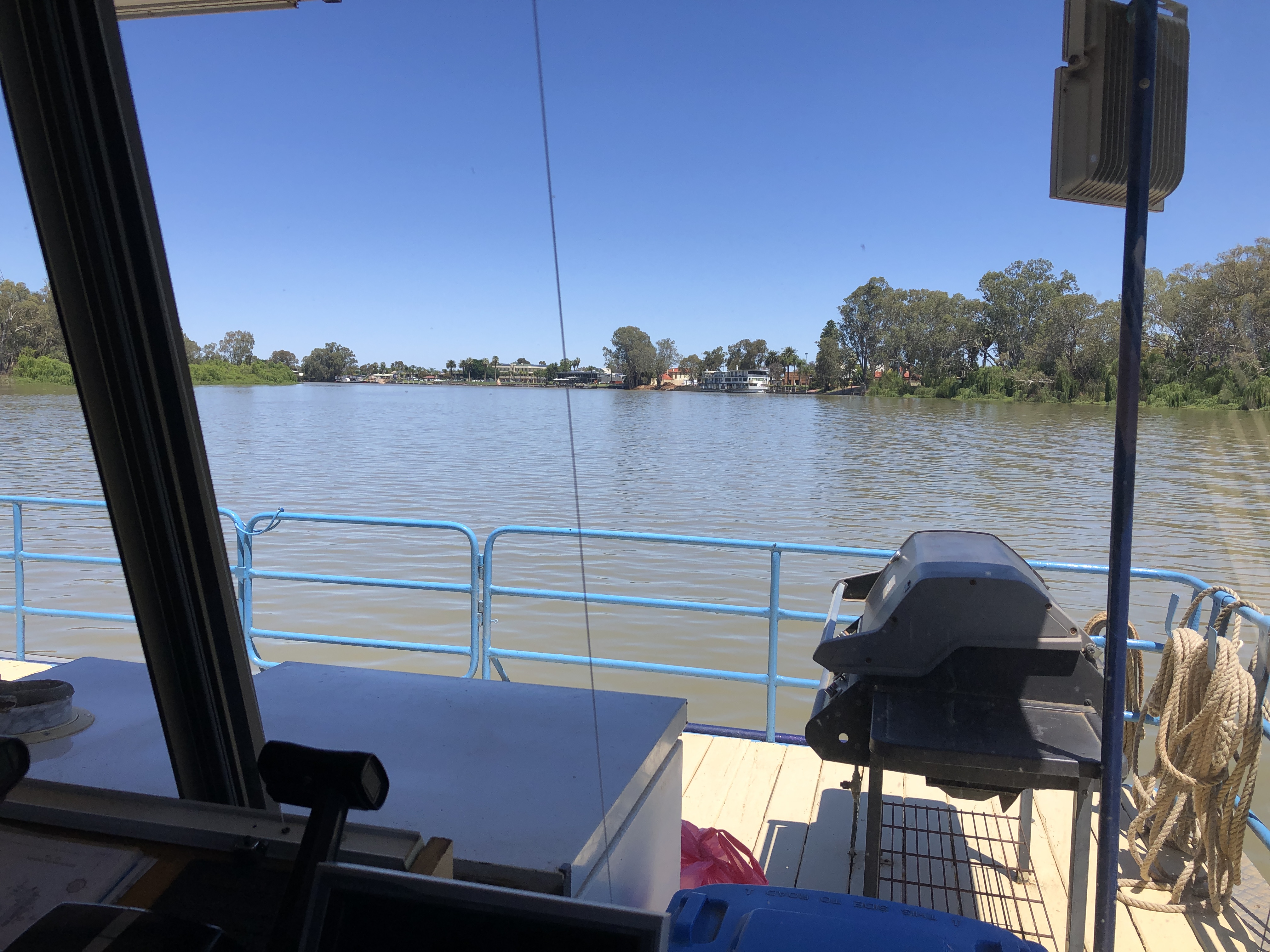 I can see why the weather wasn't considered 'favourable' for work !

Back on the 2nd part of this trip;-

Garry and I had tried to get to one of the most obscure State Corner Posts and one that's been clouded in some infamy for over 100 years - MacCabes Corner - which was only recently given that title. It's had a cloud of infamy over it as while this particular Corner Post, between NSW, SA and Vic is said to be in the right place, there is another Corner Post between SA and Vic, 2 miles and 4 Chains further to the West. This was placed by an error in Survey (from worn chains) in 1836, however, it wasn't for another 75 years that the error was picked up. A resolution was sought by South Australia to rectify this of which the Victorians were having none of. This then resulted in court proceedings that went all the way to the Privy Council in the UK, with no favourable outcome. 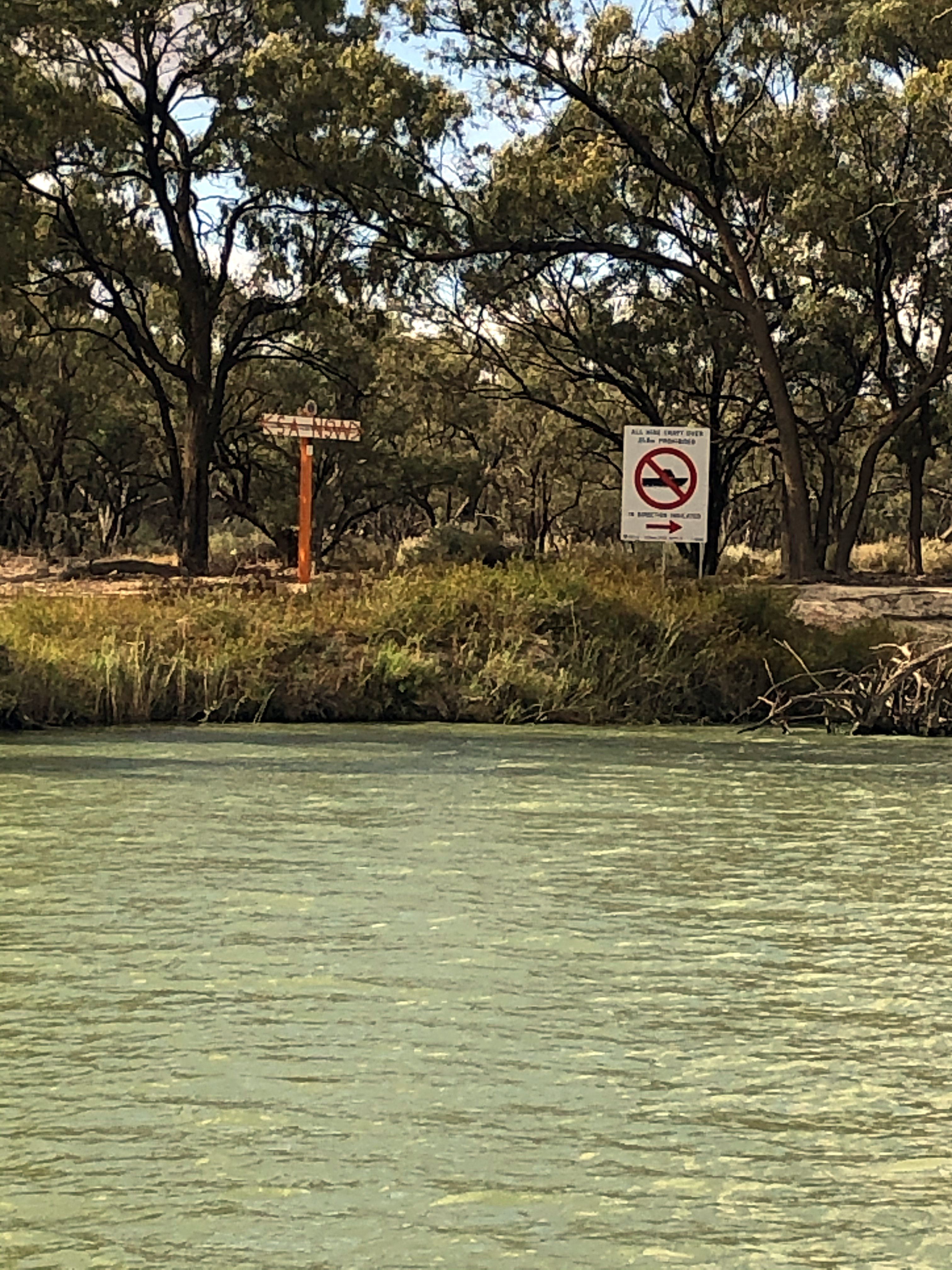 This post marks the 'disputed' corner, however, even it is in the wrong place, being on the northern side of the river. Thankfully, it's only an arbitrary marker.

Anyway, Garry and I had attempted to reach MacCabes Corner back in the summer of 2018, however, despite our best combined GPS mapping / tracking capabilities, it was proving very illusive at that time. My Houseboat Friends, Greg & Rosalie, also very keen 'Outbackers' and Mokers had a treat for me on my visit with them. 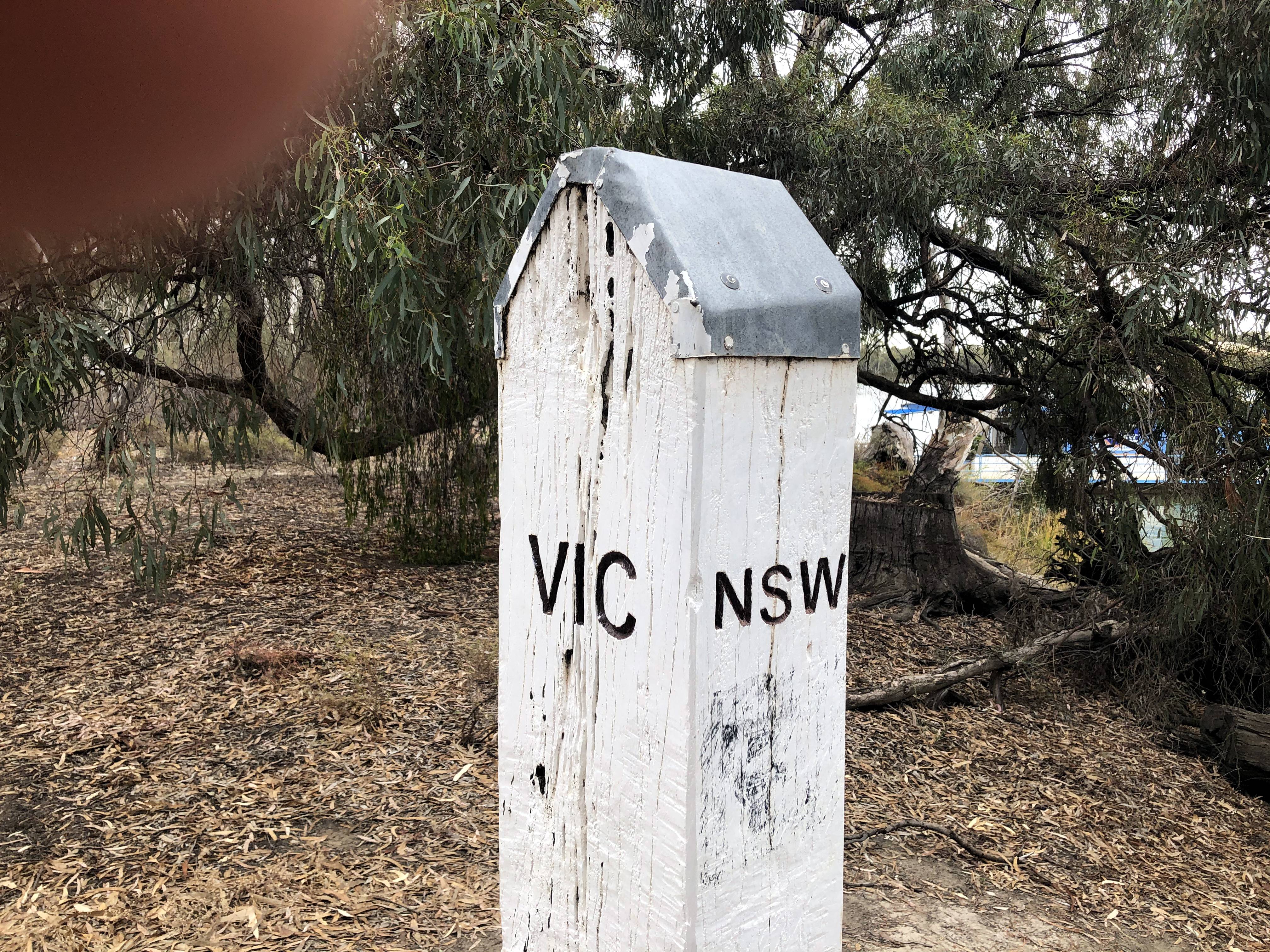 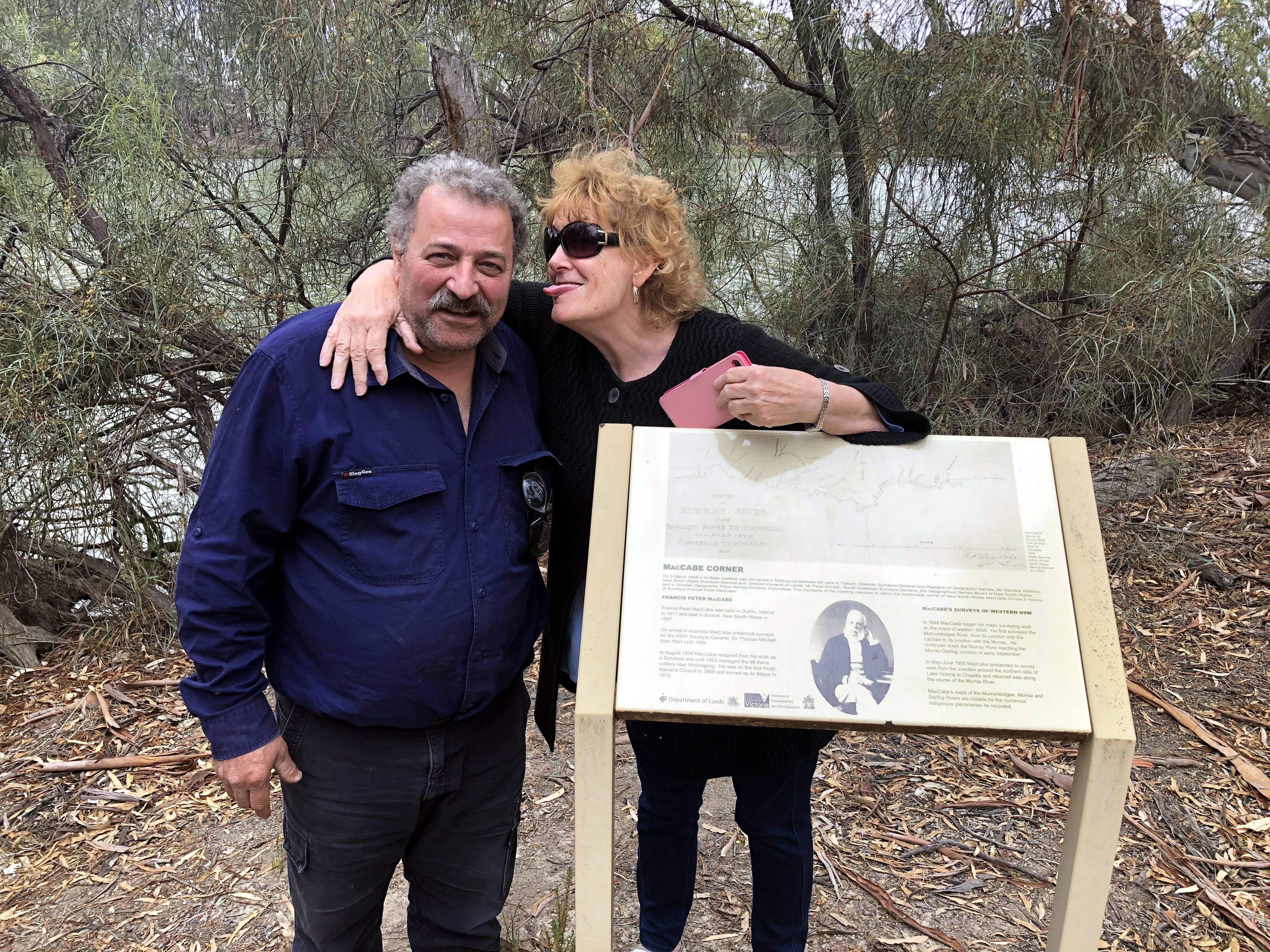 (A bit like being licked in the ear by a Lama ?)

They knew how keen I'd been to reach this peg in the map and as it turns out, they only way it can be accessed is by River.

With the reaching of this landmark, for me, this trip was over.


Now, on to the next one

Just have to out-live this damn Covid lockdowns and border closures. In hindsight, Jack and I were quite lucky to have been able to get this trip in at all, between the weather and Covid, much of Australia has been at home these past 18 months.

Seeing 2 miles and 4 chains discrepancy due to 'worn chains' makes you realise how enormous these distances are!

A bit behind the times.... Thanks for sharing your exploits