I Decided It Was Time To Drag The Race Car Out And Update It.

794 replies to this topic

That's quite a difference!

it is good having a painter next door. 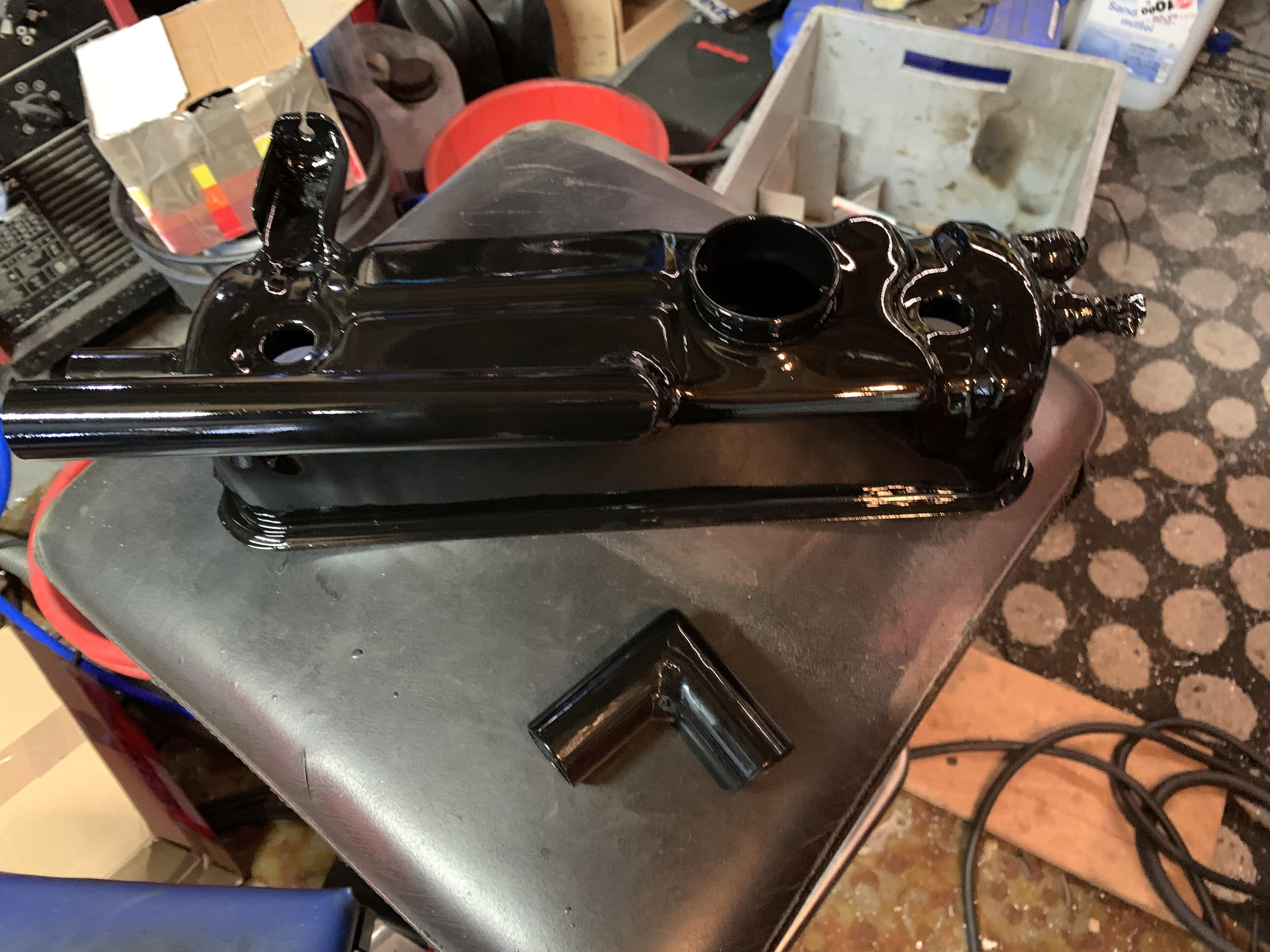 Exhaust up and Lambda in place. 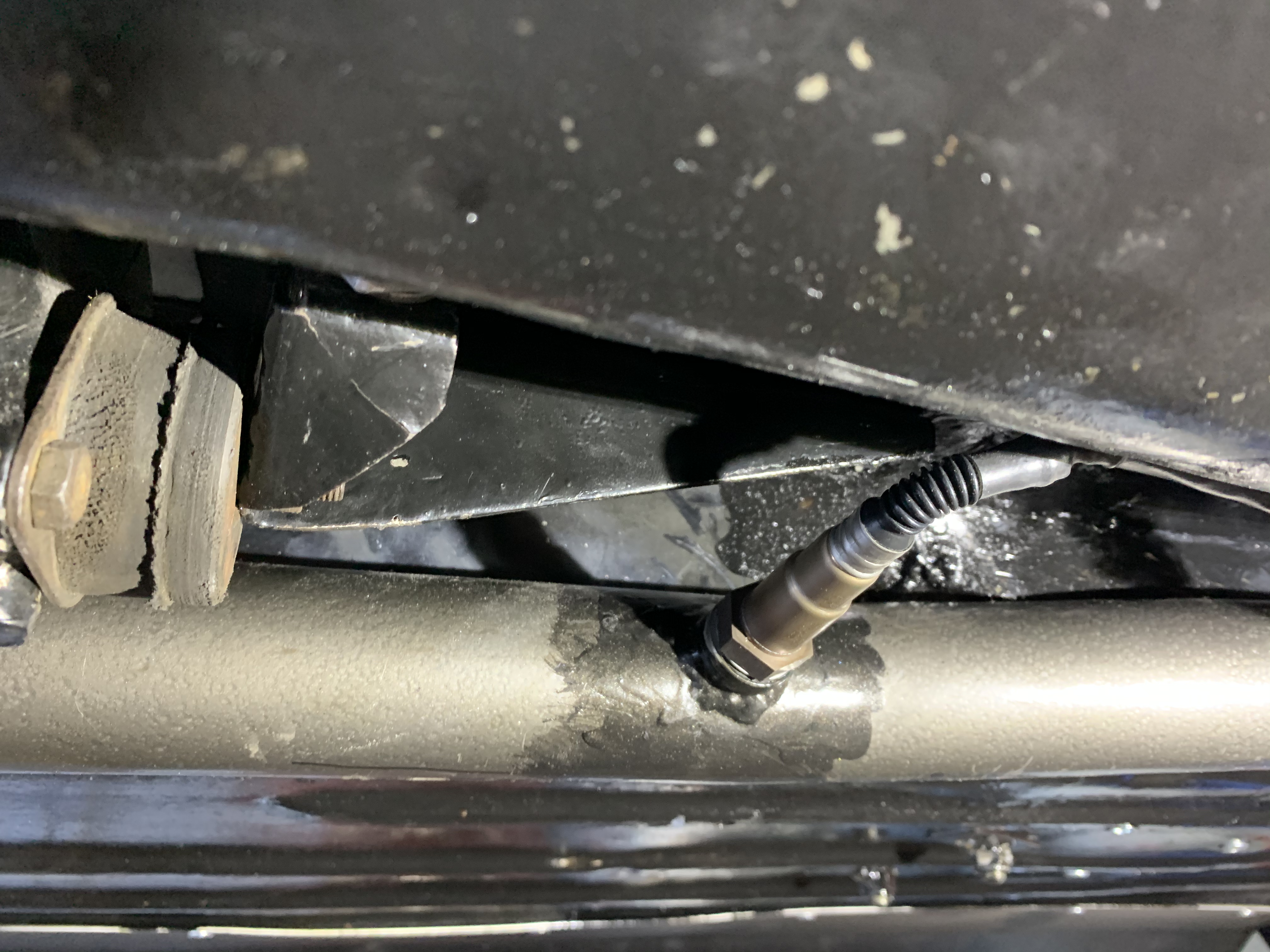 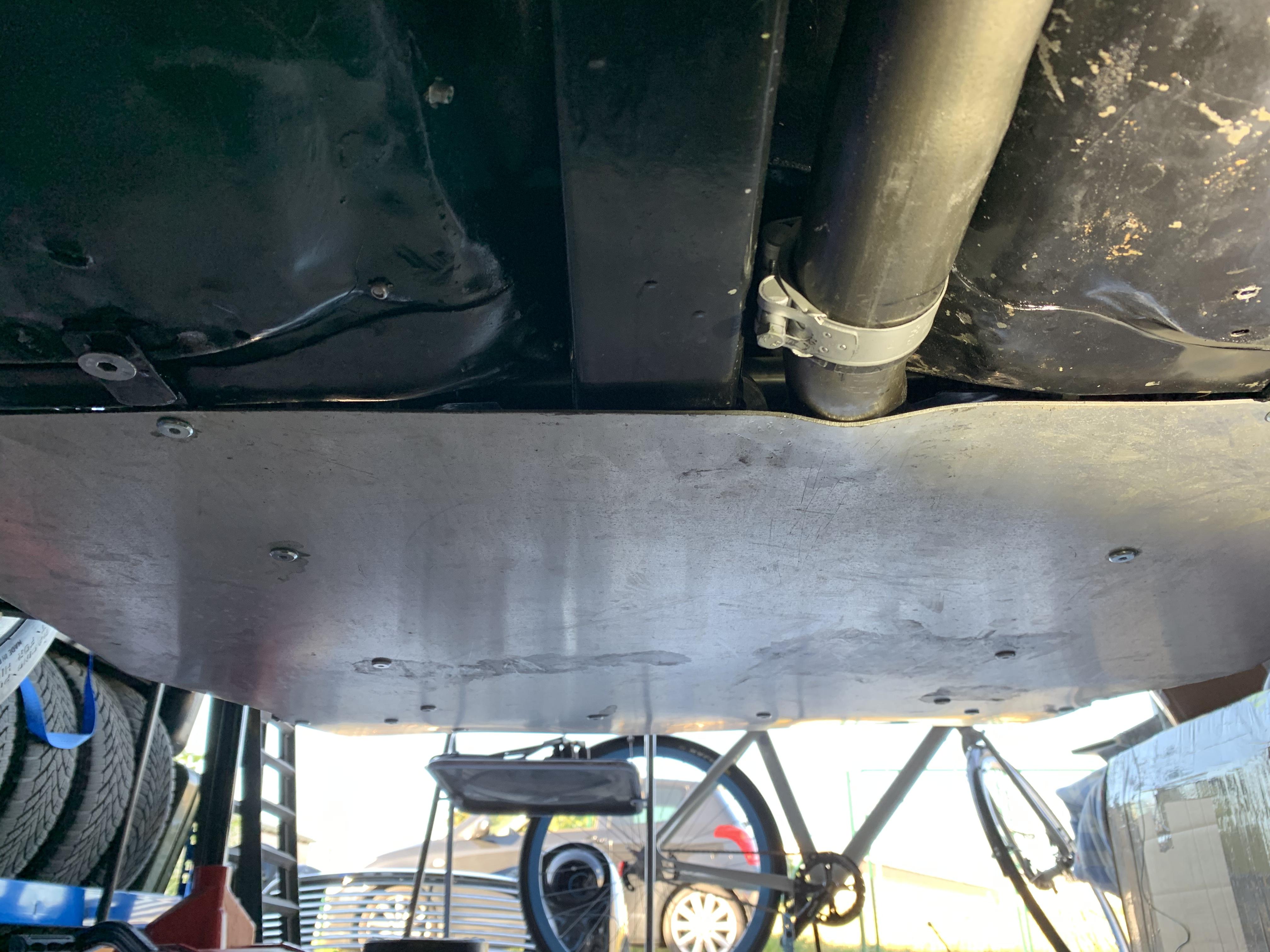 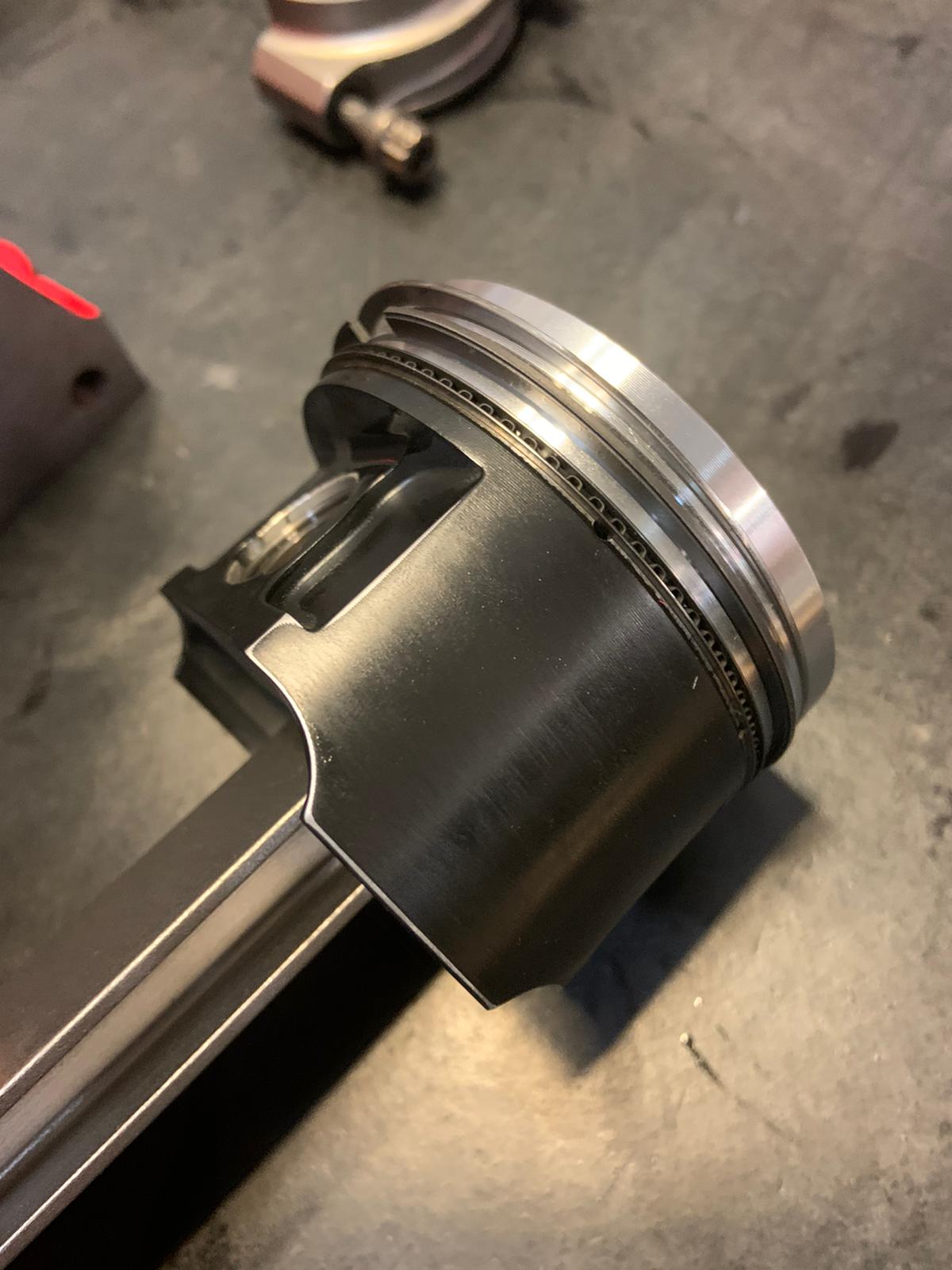 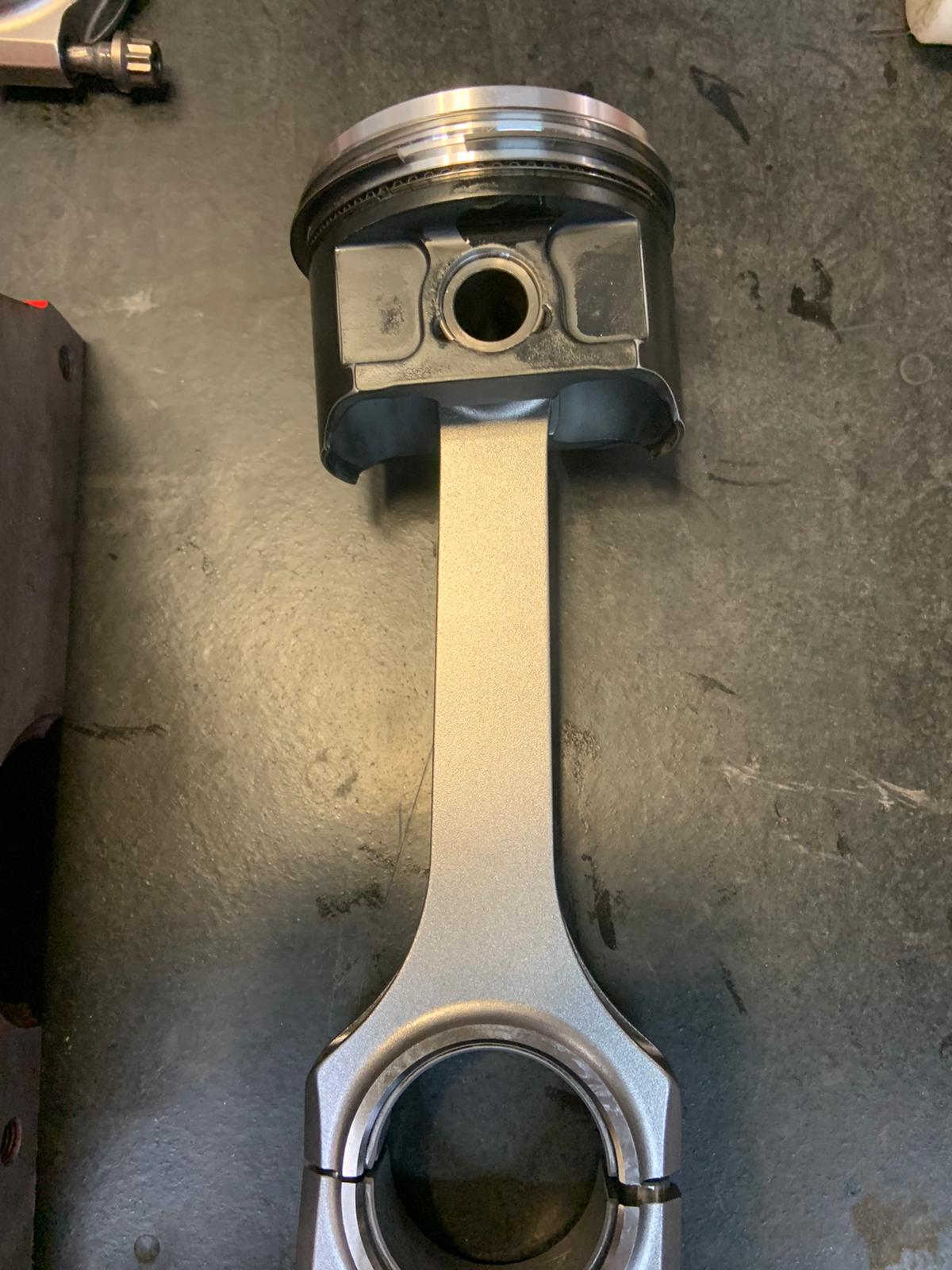 and back from the machining and build. 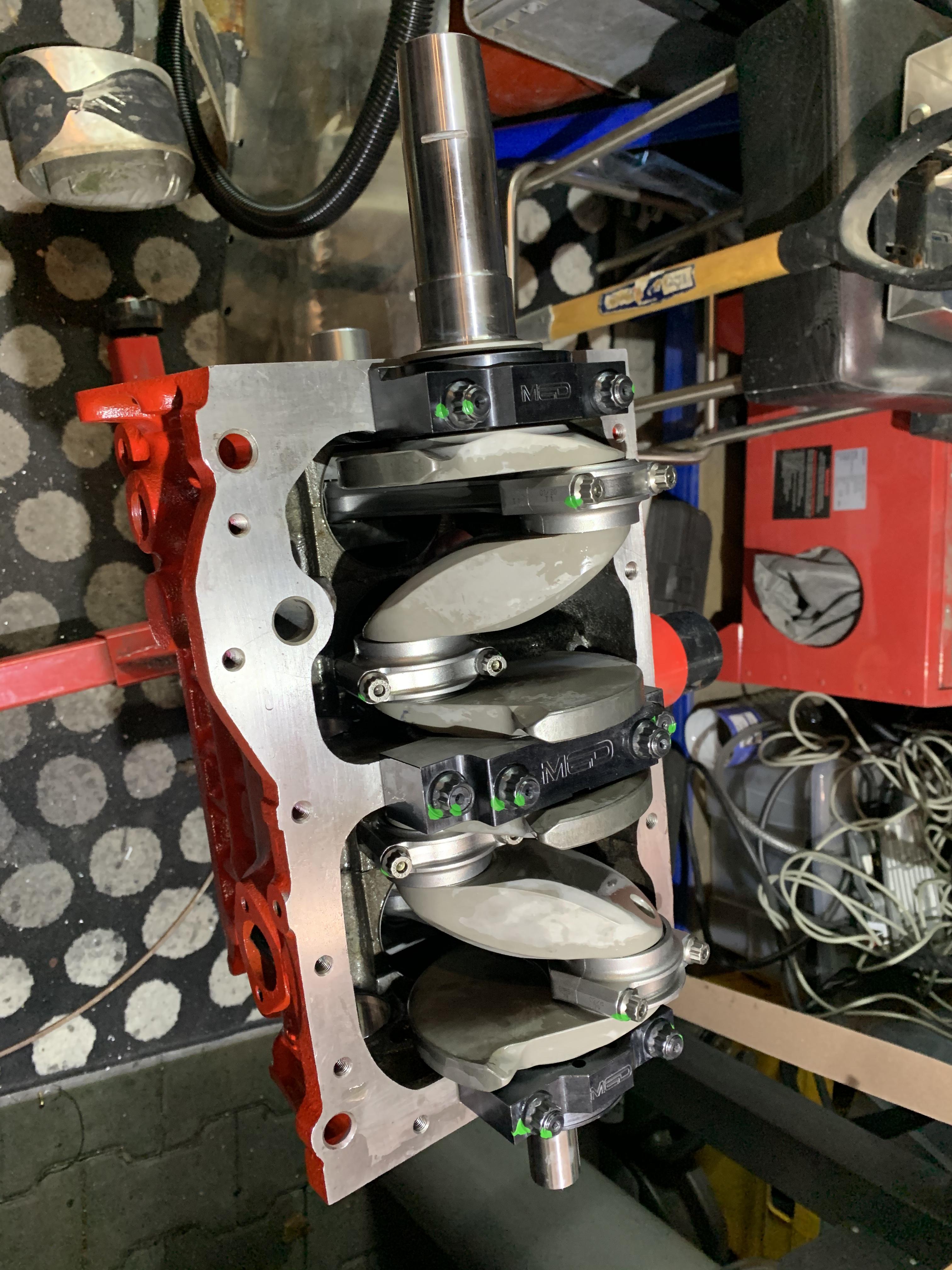 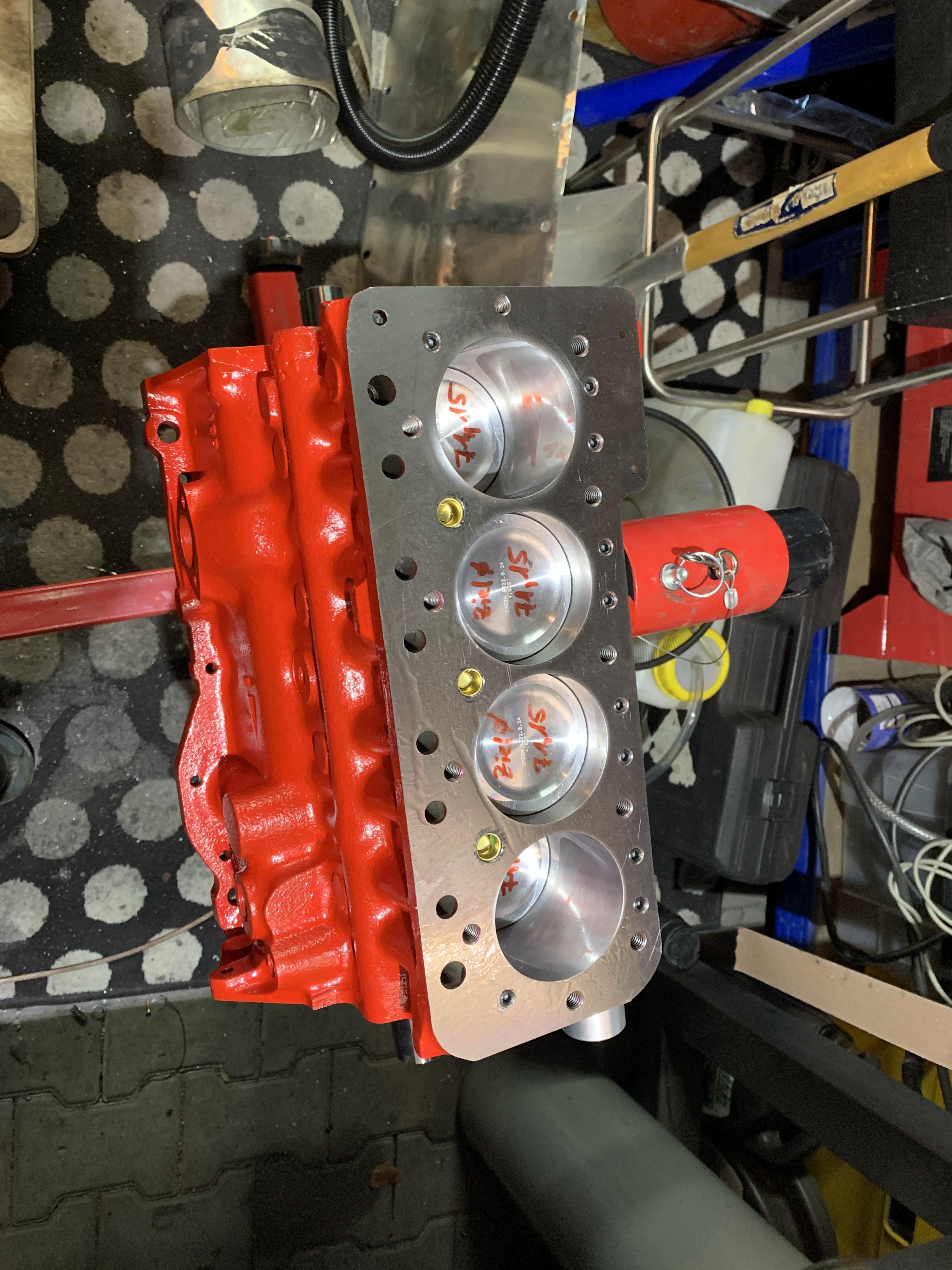 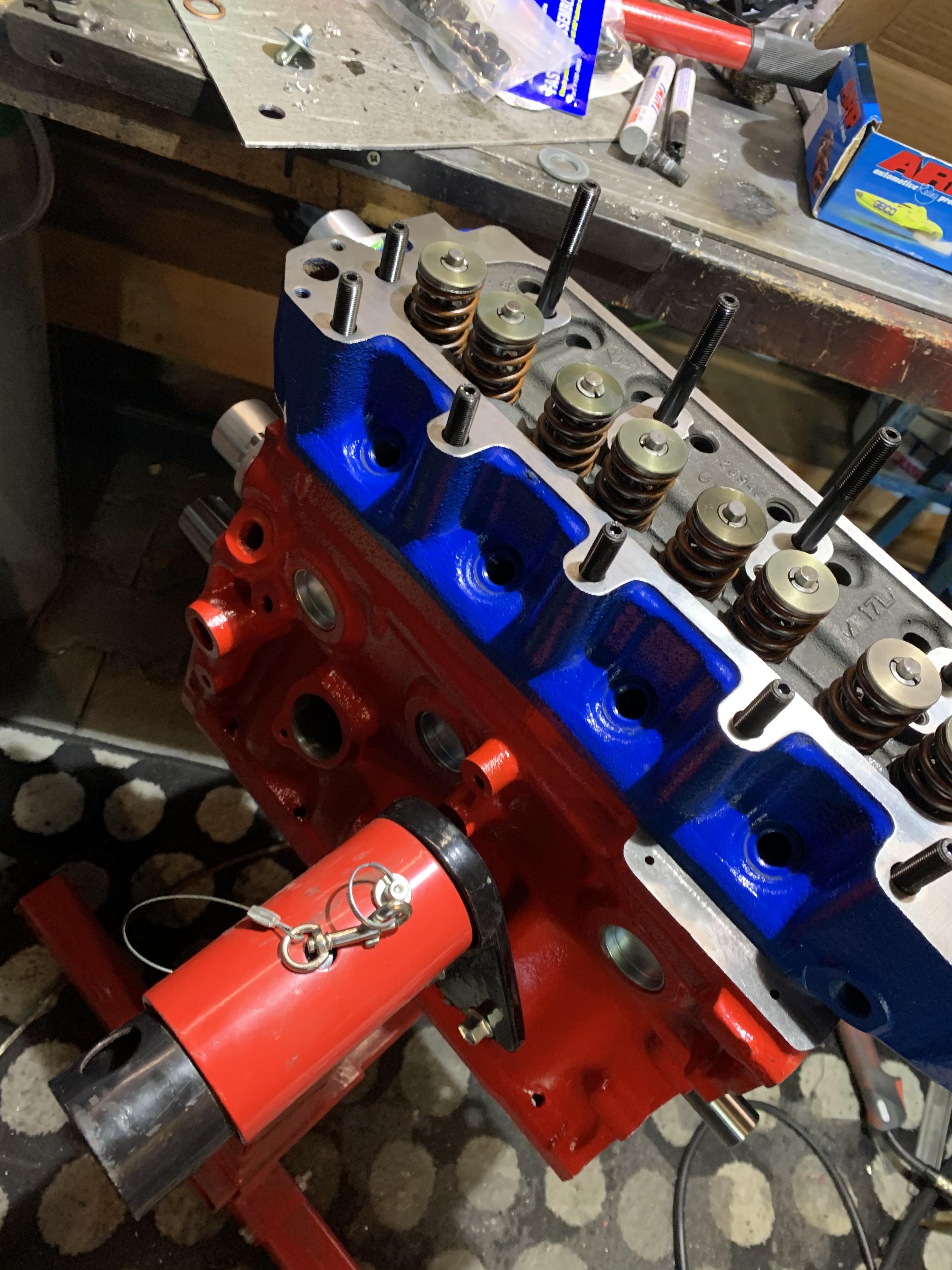 did nothing to it it will be fine for a few more seasons.

Offer your gearbox up - I had to make some extra relief in mine to accommodate the MED caps & studs at the front. 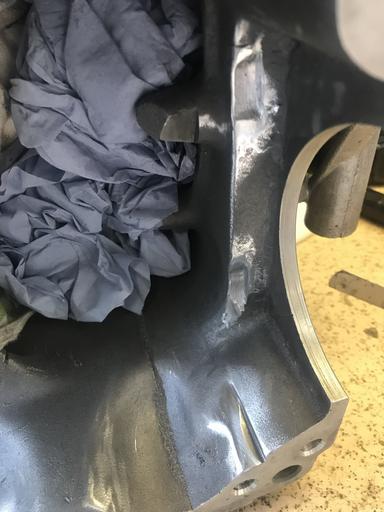 i am fully aware of this and it will be tomorrows job.  but i had heard it was mainly with the center strap studs.

Wasn't on mine - see above

Wasn't on mine - see above

so what has been going on today. lots of use of a marker pen and a carbide tip.

so innocent and sweet looking 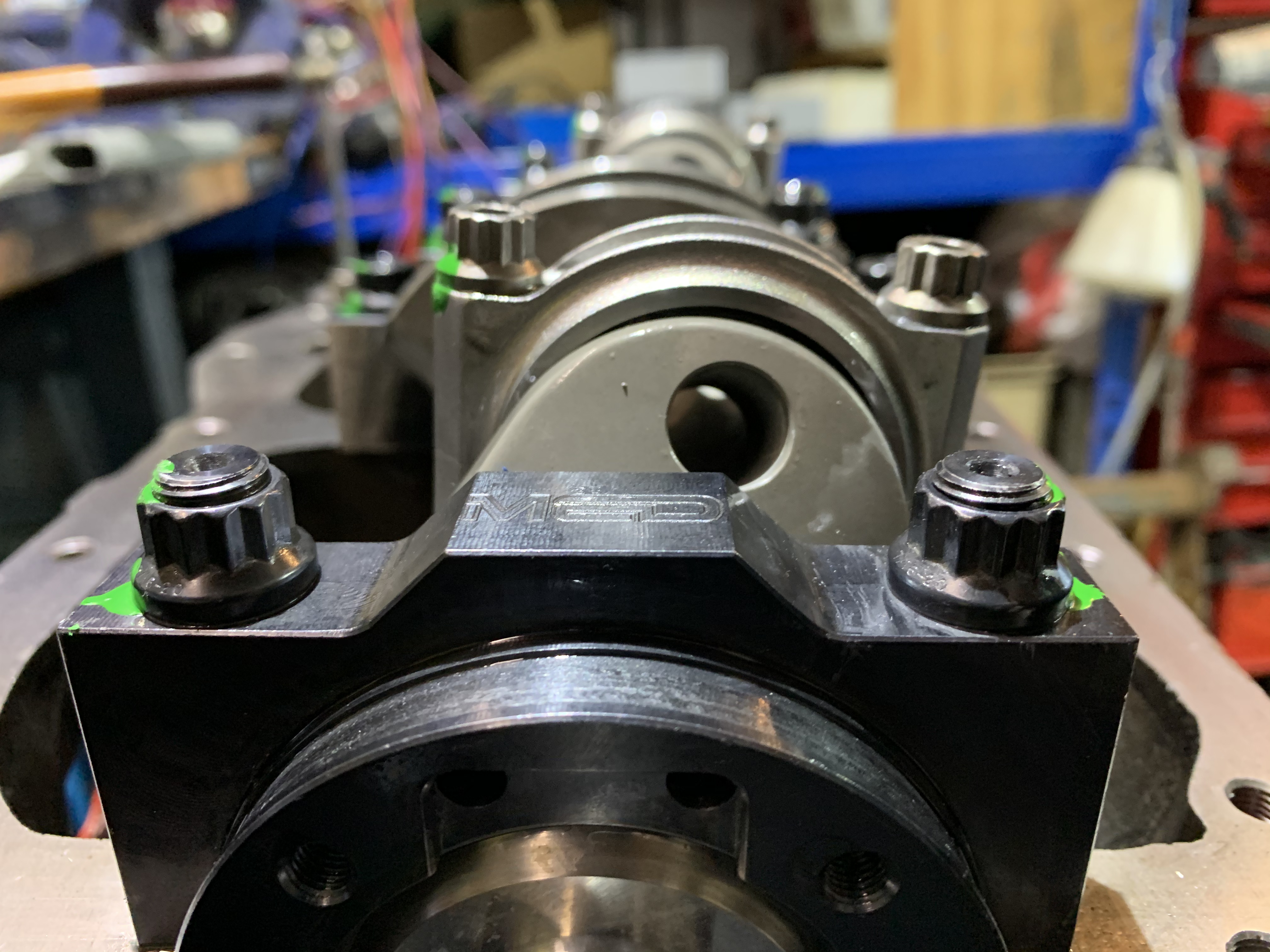 mark grind and repeat until no more rocking. 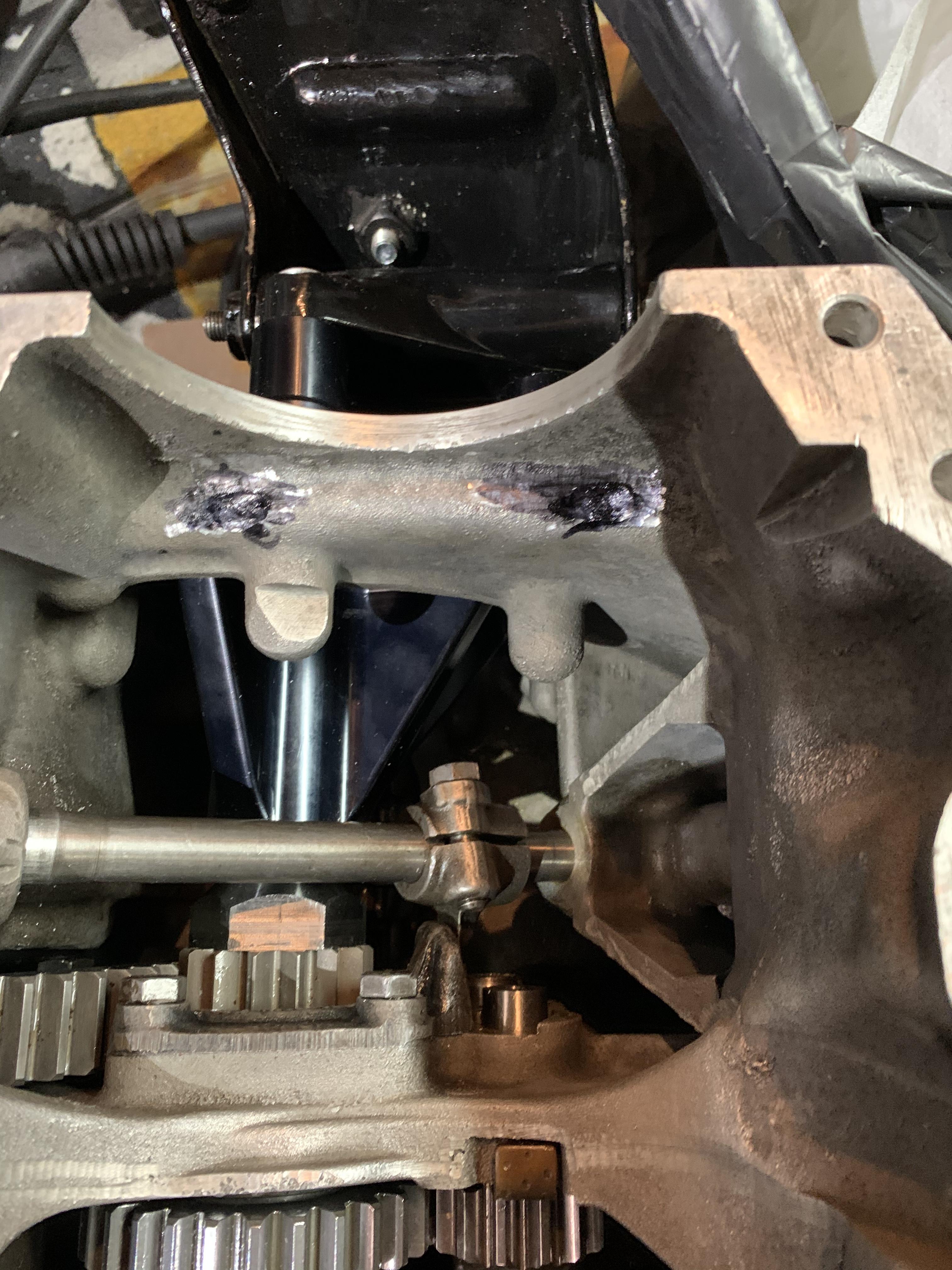 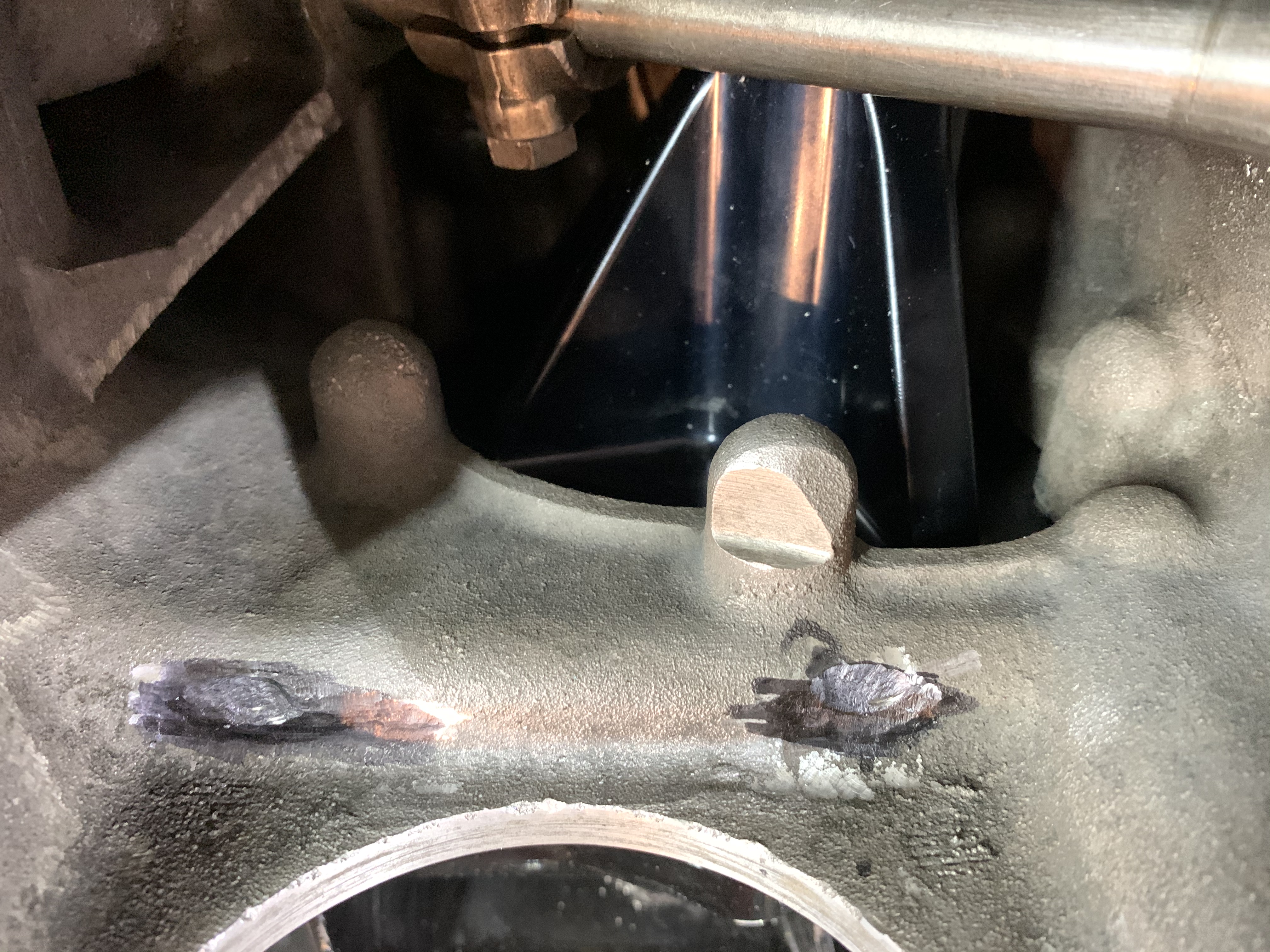 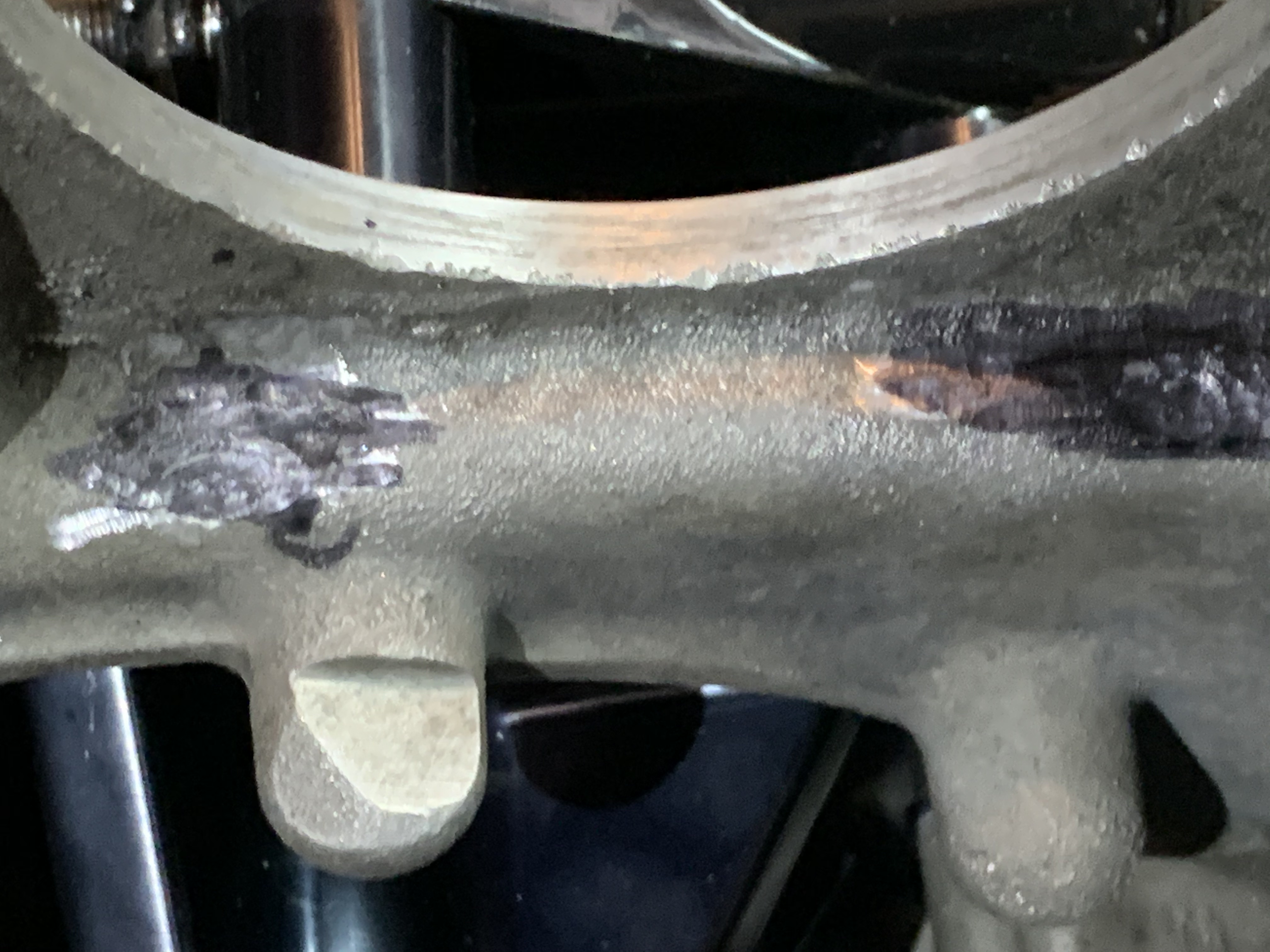 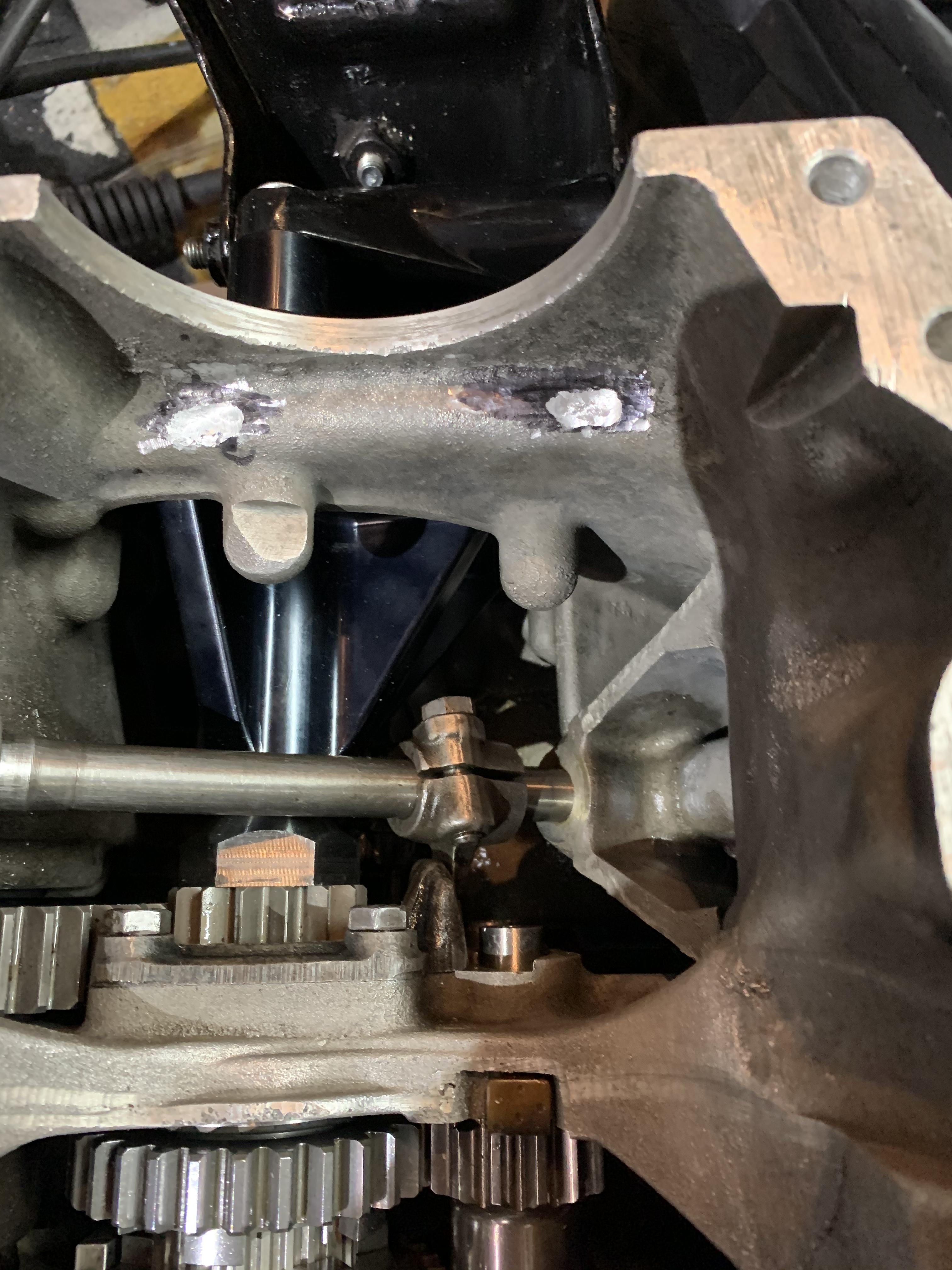 i think you get the idea.

next was the DSN timing cover. i was aware that some people had been having issues with the cam sprocket position and have been asking about shims for the cam gear which is all not needed..........

played about with the bearing locating plate new and old. both measured the same and had just barely enough end float. but will do. 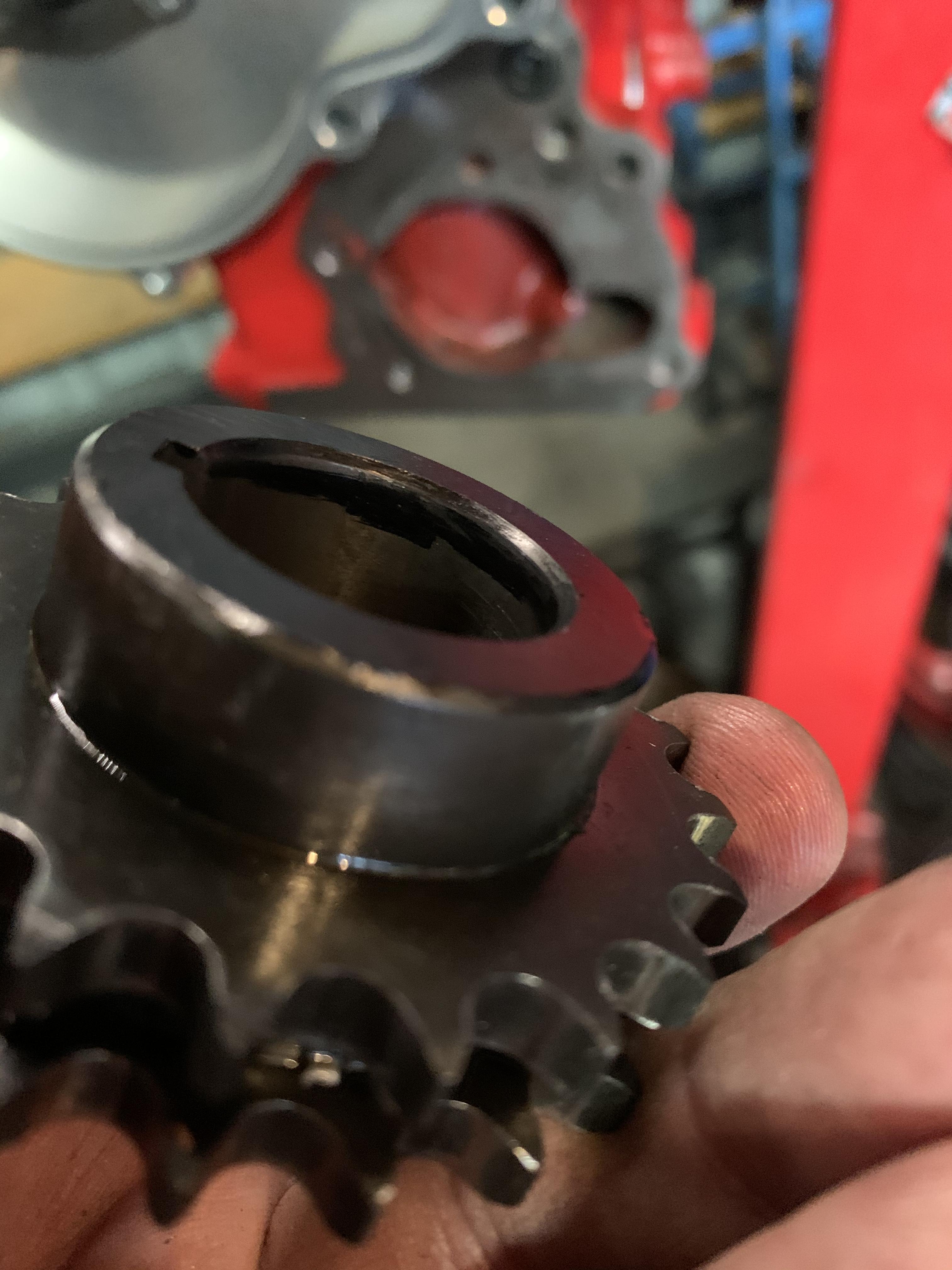 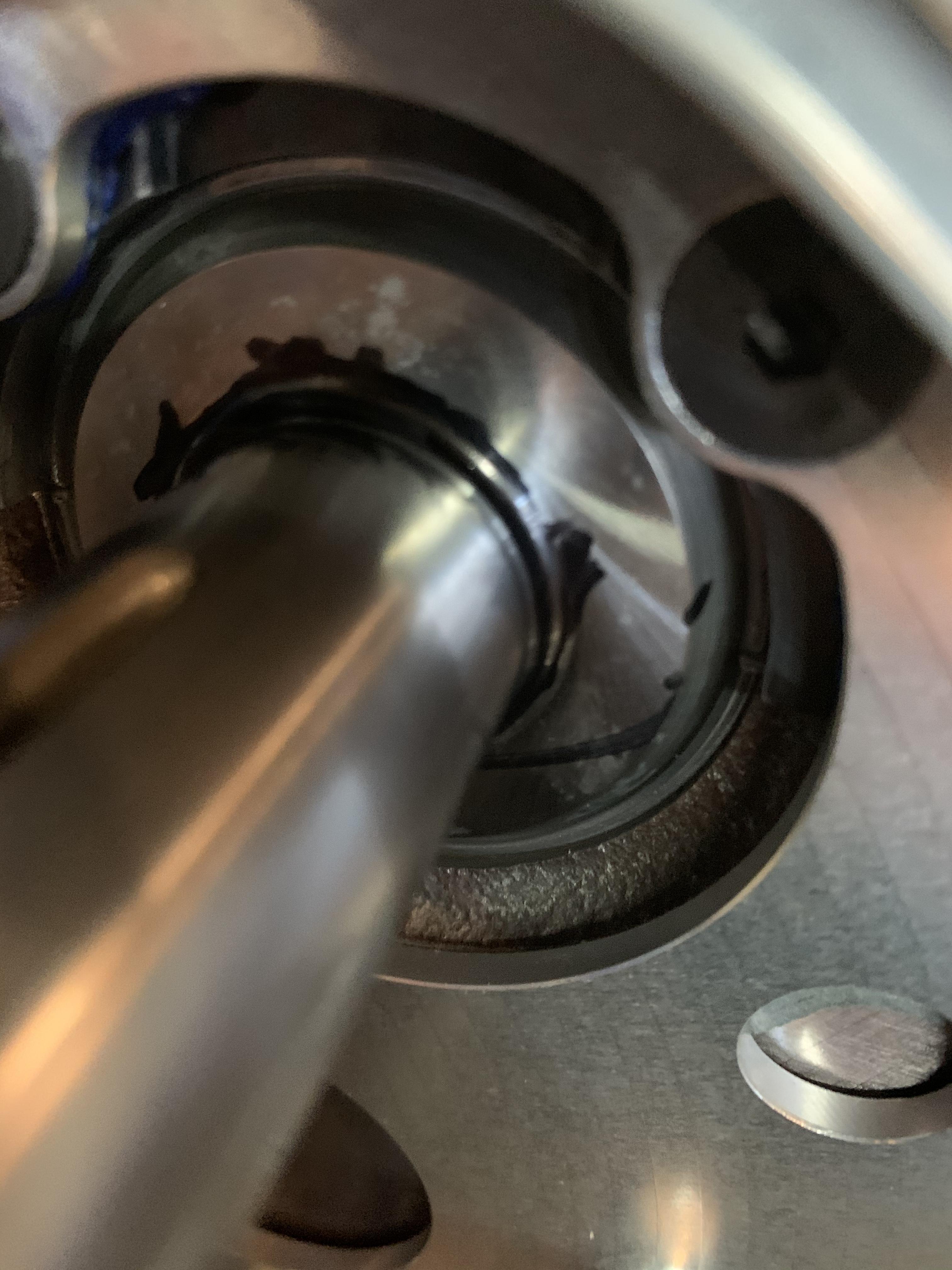 the new crank has a nice radius on it which stops the crank gear from bottoming out.

gear modified and the gearset line up. 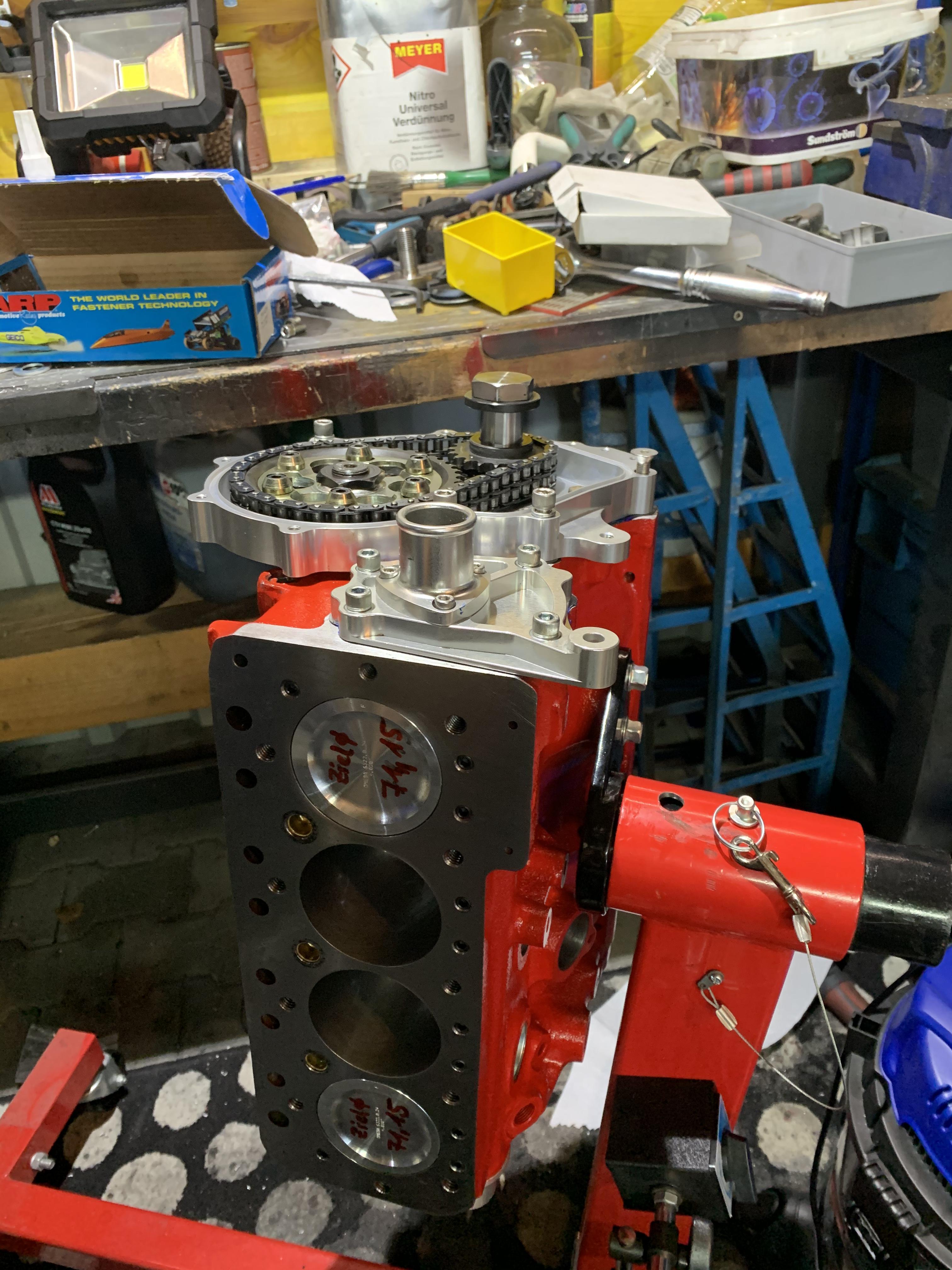 Yep - brings back memories. Not fun with a nice freshly built box.

If you have MEDs flywheel bolt, check that too - mine is still sat on the shelf as is the replacement they sent me that ‘had been checked’. Both oversize on the major diameter.

Yep - brings back memories. Not fun with a nice freshly built box.

If you have MEDs flywheel bolt, check that too - mine is still sat on the shelf as is the replacement they sent me that ‘had been checked’. Both oversize on the major diameter.

Cheers for the heads up but it has been in the crank already. At the machine shop but will double check.

Nick, from experience with the DSN covers, put a little sealant around with the rubber O ring. Mine leaked from new and i've replaced the O ring a few times to stop it. Eventually put a little hylomar on the bottom of the seal and its stopped dripping now.

steve cheers for that i do tend to use the blue stuff where i thing it is needed even if it may not be required. and in this case it is good for holding the O ring in place.

Cam timing done. had dropped a tad due to the chain wearing but it is still like new. fly wheel fitted etc. first time i have ever fitted a new flywheel into a new crank. not quite as simple as expected. just needed the long bar on it.

then there was the engine steady and how to fix this.

as i now have the dry deck set up the hole is not readily accessible. 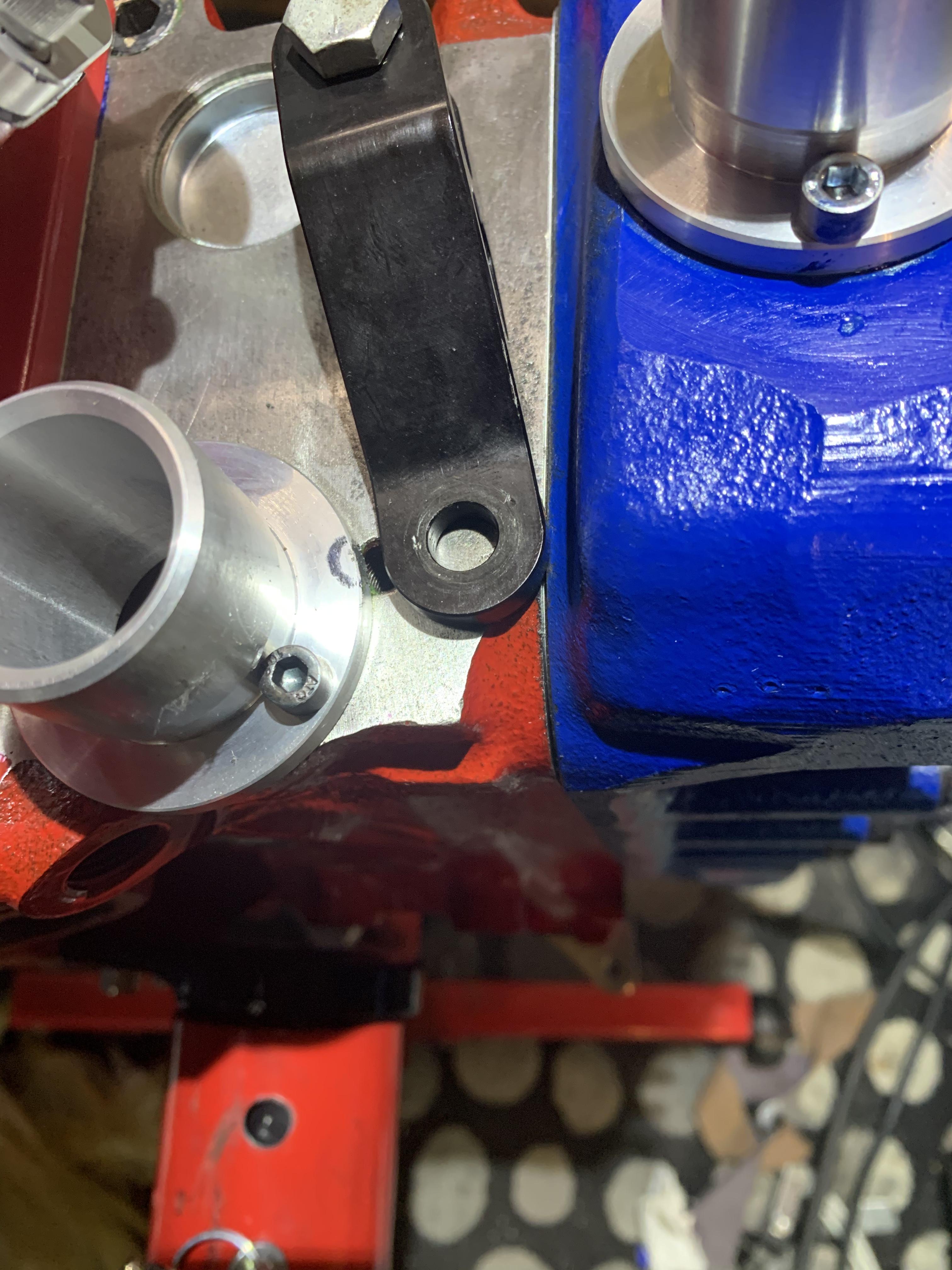 so after some thought. 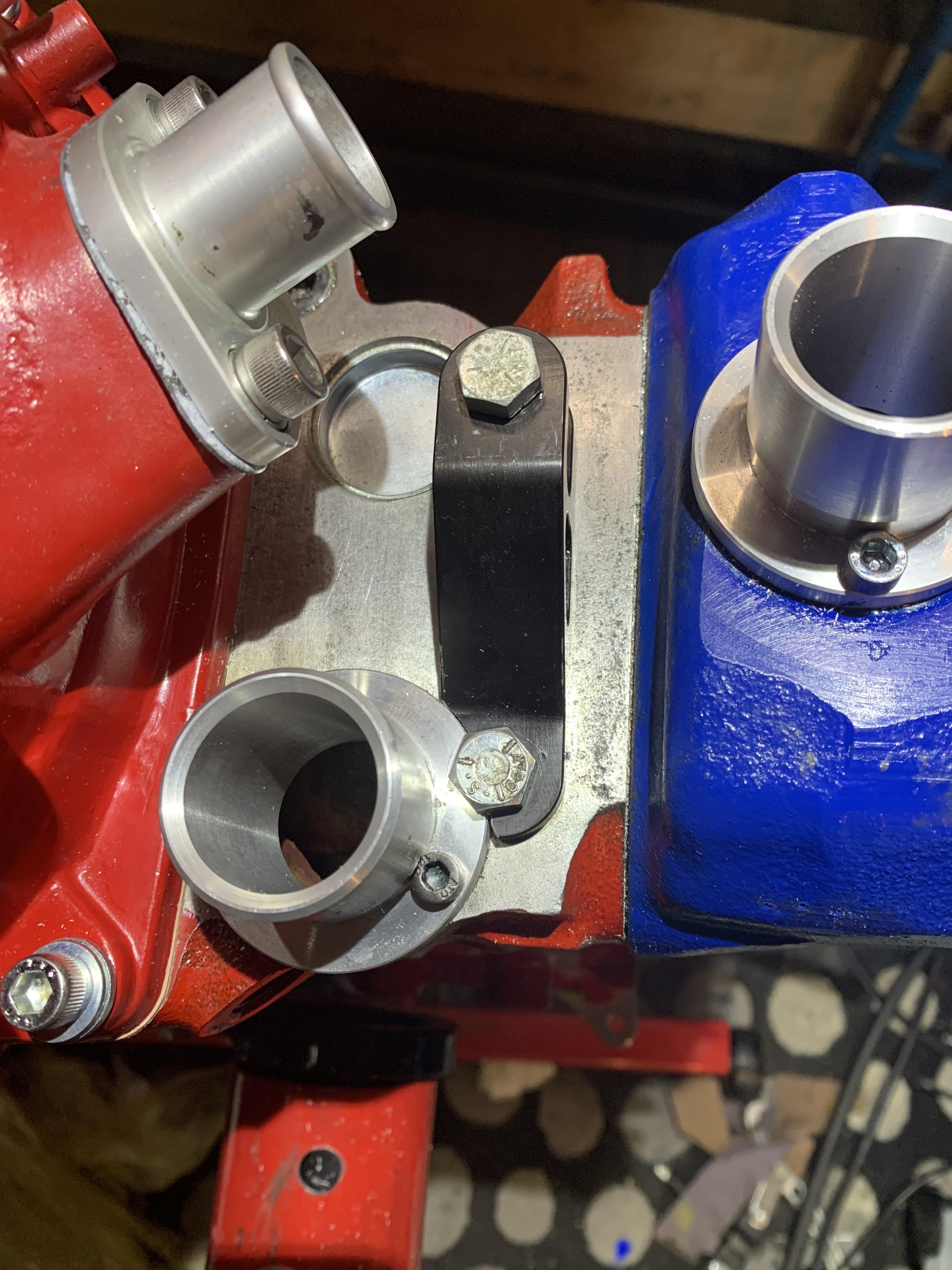 just need a suitable washer over them.

just need to do the valve clearances tomorrow. 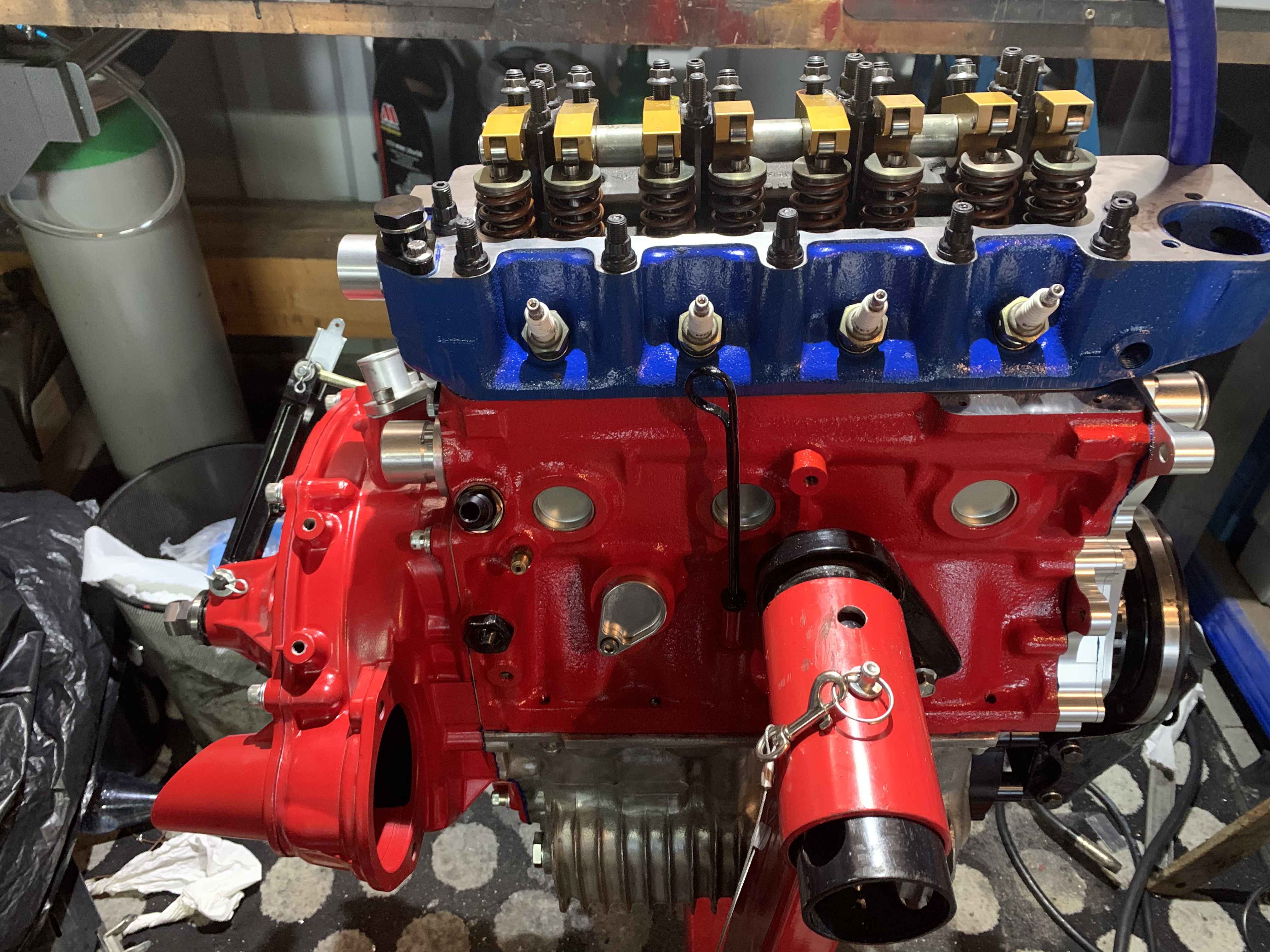 as many people often ask about how a freshly assemble crank assy should rotate. one handed.

why cant people make fasteners as the originals? ARP supply the 4 rocker pedestal studs at all the same length rather than two long and two short. ARP stud compared to the short stud from Minispares. 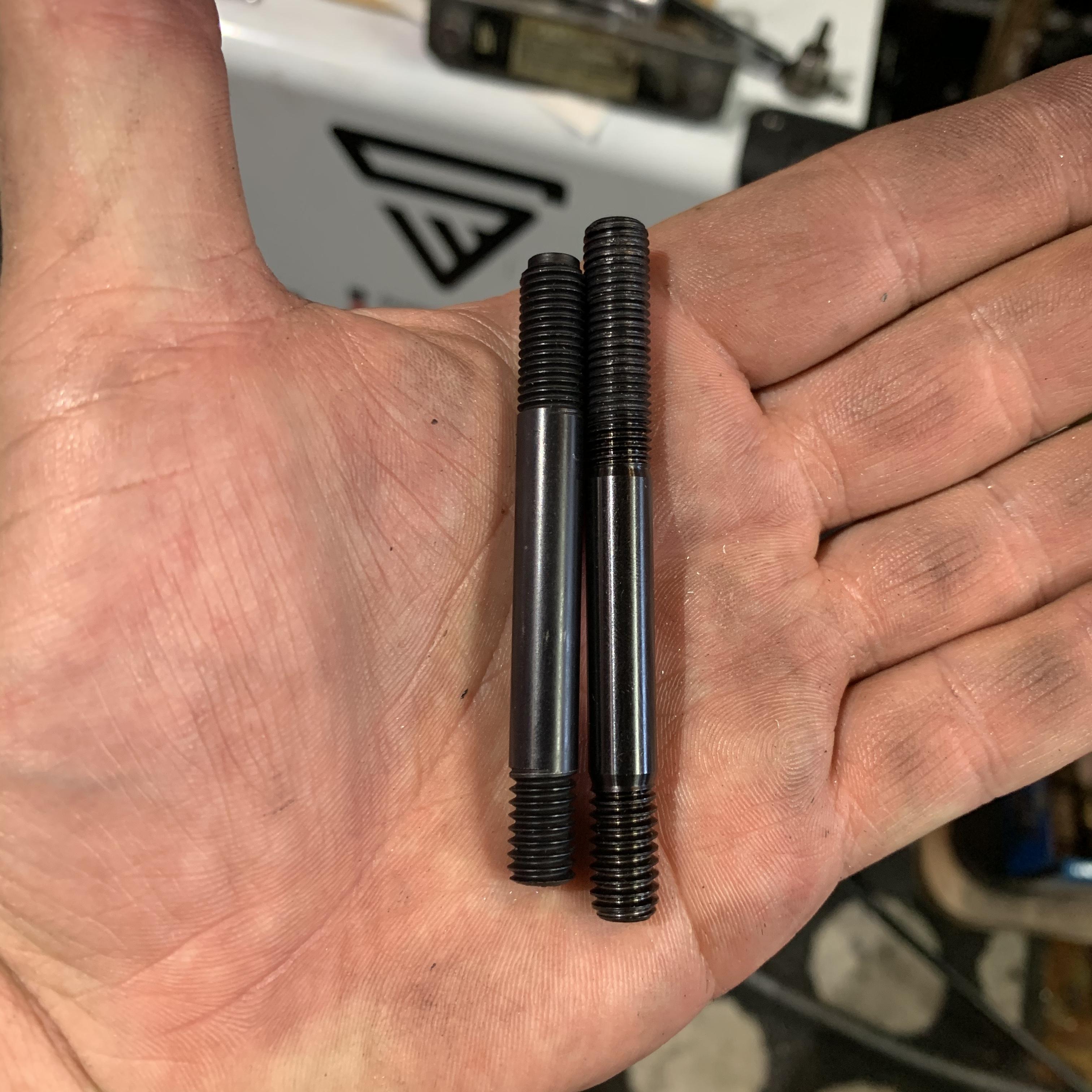 not much difference but enough to get in the way. 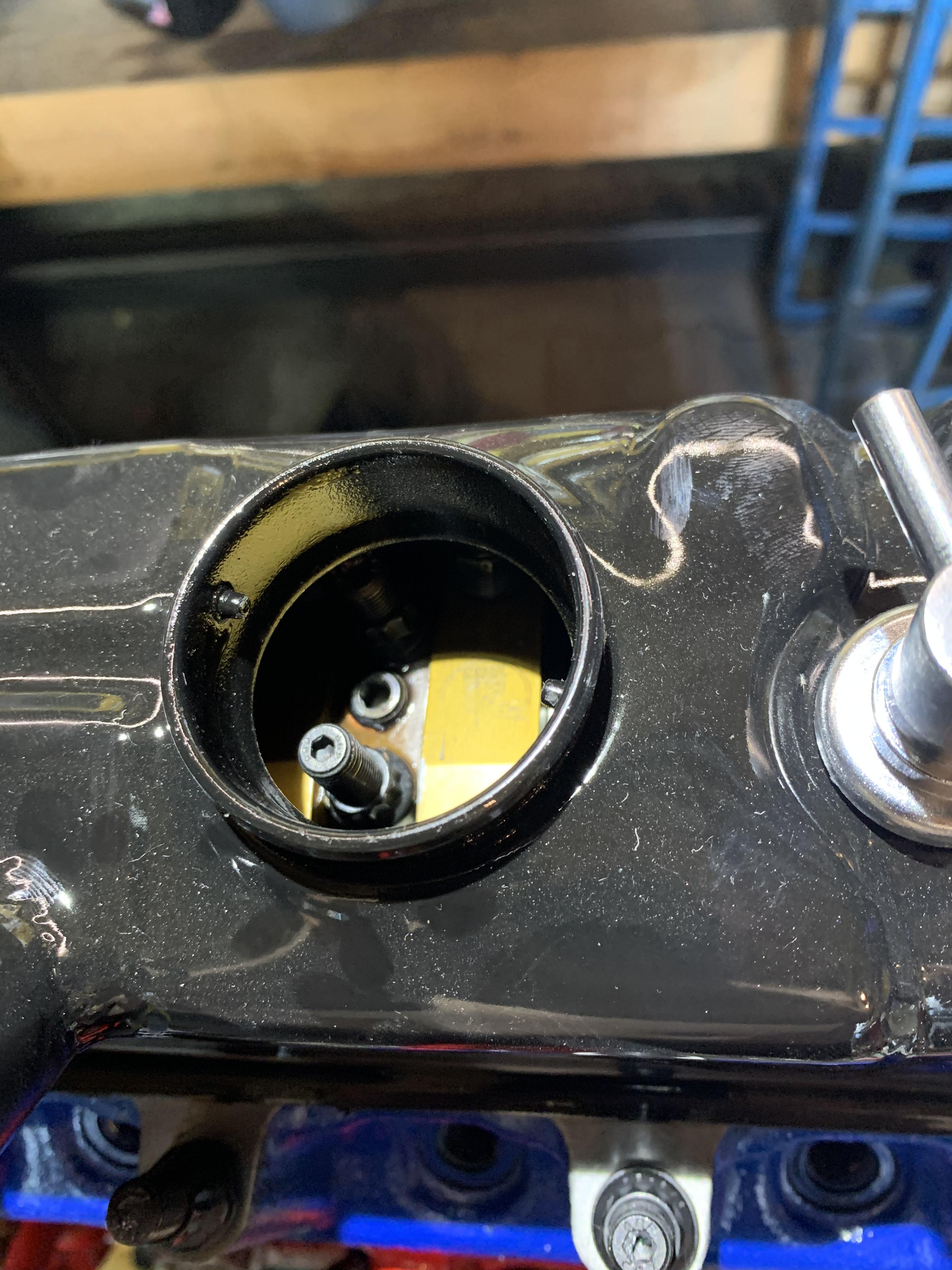 had to swap it out to get the DSN rocker cap on.

all bolted up ready to go in the car 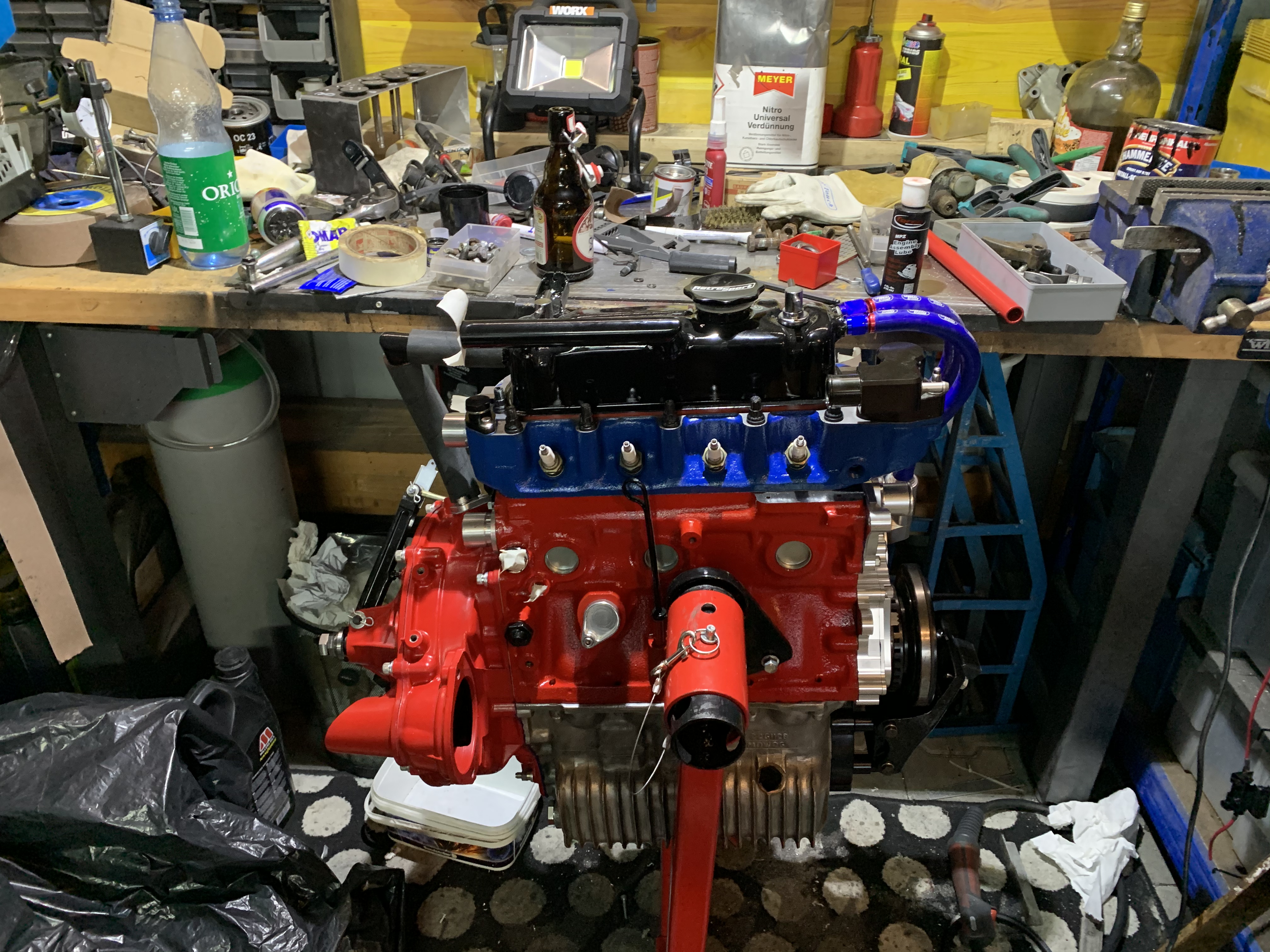 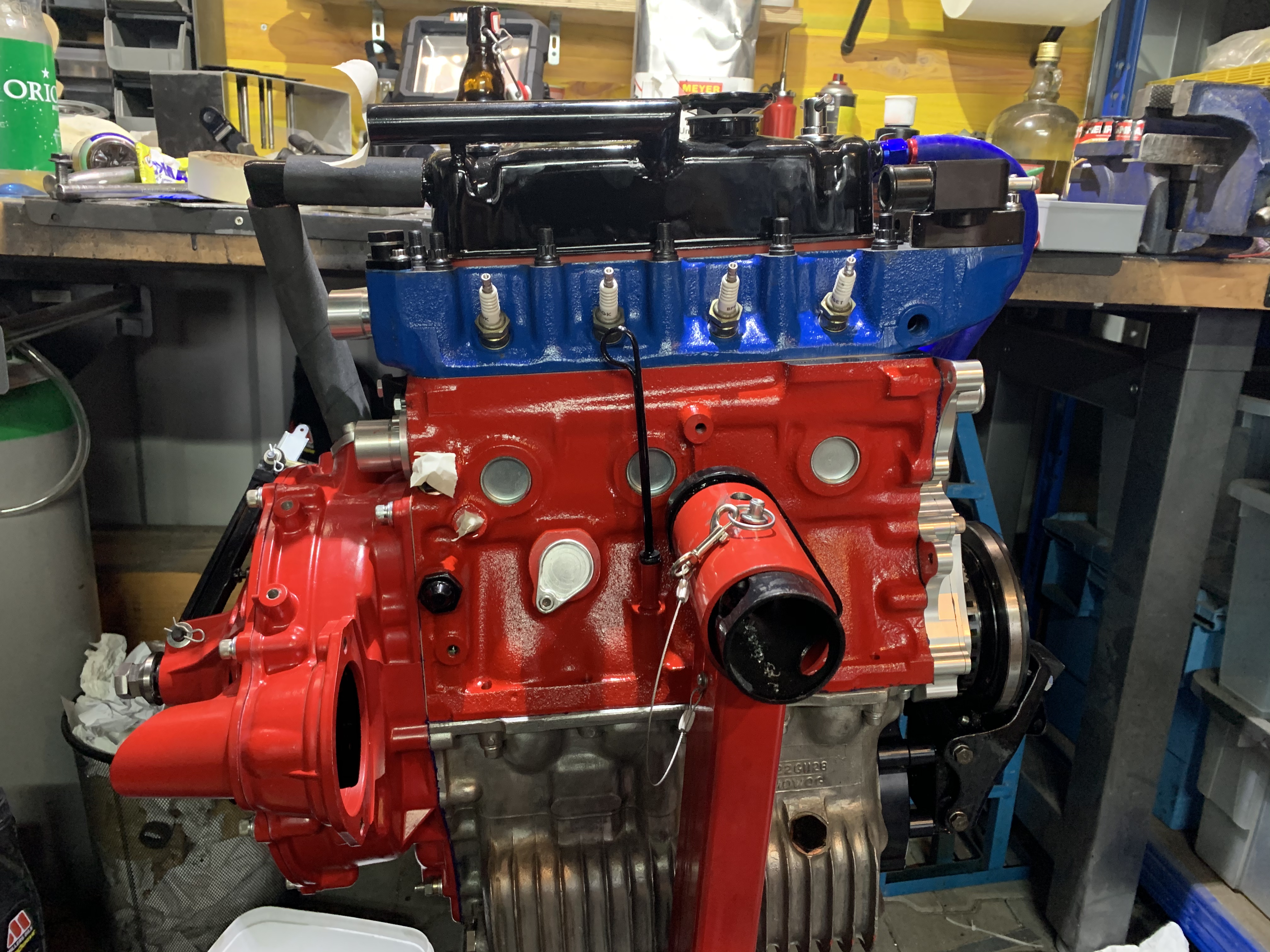 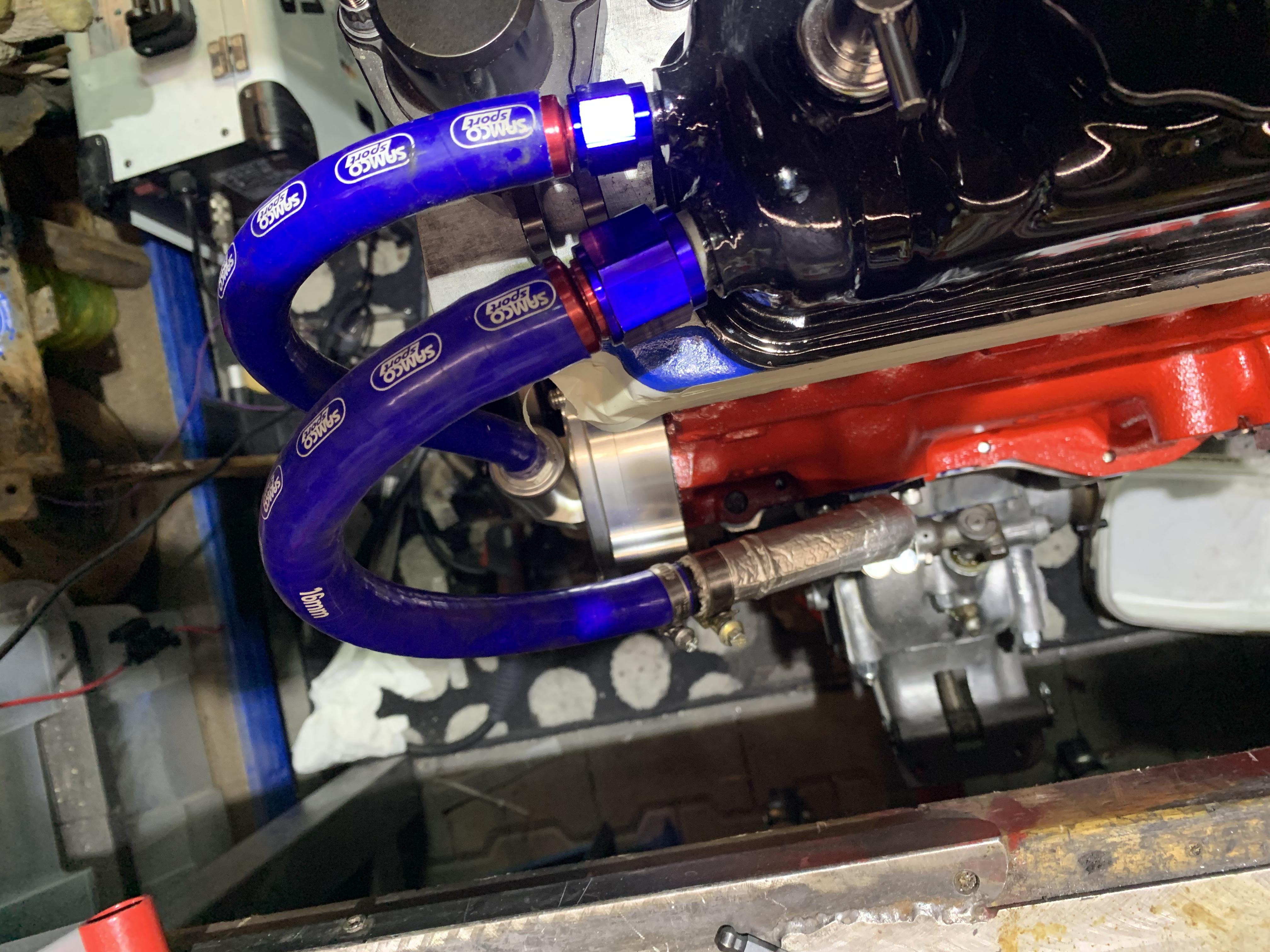