11 replies to this topic

Im looking at rebuilding my 998cc motor and am looking at using either a 12G940 or 12G295 head casting. I understand that for the 12G940 I would need to pocket the engine block, and the 12G295 are harder to obtain generally.

What is the expected actual performance difference between these two heads in BHP on a 998cc engine or would they be very similar anyway.

im in the same boat as you.
most will say its cheaper to get a worked head (minispares/sport/keith calver) than to get a 295 casting and port/rebuild. Dont know if its worth the 940 head on a 998 as they need to be rev'd hard to get the gases flowing (something about gas speeds and the larger valves of the combo doesn't mix too well unless you get your 998 to rev to 6500-8000 rpm)....or so Ive read.

I have never fitted a 12G940 to anything other than a 1275 based block, but I understand the front water holes will need to be re-drilled / alighned to prevent water weeping out the front of the engine. I think you need to be very careful on valve lift, and no rockers other than std ones allowed. Cut outs aren't always needed but depends if you use a big valve 1275 head or not, and you would need to dummy build very carefuly checking all clearances. I would  be tempted to lean towards a worked 998 head from Calver, or AC etc, but this is based on gut instinct, and fear rather than experience ...as a side note 295s now are quite rare and have probably been "ragged" so check very carefuly for cracks etc

+20 hp?
did you change anything else? rebore or so?

We have all read the various articles on big bore heads on small bore motors and most get away with the water jacket misalignment and apparently recessing the exhaust valve a few thou to use a mid range cam doesn`t affect the flow any mentionable amount ?

Two perfectly clean surfaces and a quality gasket should hold back 10 psi of water, no ?

Then there is the debate over the loss of torque/ drive-ability at lower revs due to the inlet tracts being too large but considering a 950cc Fiesta has 33.20 mm inlets and 29.1 mm exhaust vales which is as near as damn it to a unleaded 1275 head and puts out 45 bhp in a nice manner begs the question why ?

It is said you have to keep the cam lift low if not pocketing the block which in turn defeats the object of increasing power but a lame cam never stopped an 850 from revving ?

Keeping the inlet manifold bore small as well as the carb 1 1/2" or Hif 38 should help the gas speed at lower revs ?

I can only ask questions as i`m not technical enough for the science part of it and look back on my own experience when I fitted a 1275 head on a 998 probably about 24 years ago on a budget weekend hooligan fun car ( £70 all in ). Standard HS4 with a drilled airbox, a kent cam of some sort and a Cooper three into one exhaust manifold with a Cherry bomb.

It went like stink and was great fun and never failed in the 12 months of abuse I gave it despite the lack of any care and attention to working clearances, just pure luck based on the fact it didn`t squash my Blu tack or Plasticine flat when I turned the motor over.

The fact is you can have all the best parts in the world but if they don`t compliment each other and are not set up right it won`t deliver the goods hence the need for a rolling road session. There are a lot of modified 1275`s out there that can`t keep up with a standard one.

I got lucky I guess in keeping the standard inlet manifold and i picked the right needle and the dizzy curve was OK and maybe I didn`t notice any loss in low down torque due to the 3.44 dif ratio keeping the revs up anyway. The speedo needle would willingly pass the ignition light and 70 mph in third was the normal gear change point but it behaved like a standard car and pulled up the hills in forth gear without complaint at 40 mph.

Only change what I have mentioned set up by Peter Baldwin . Does have a ac Dodd dizzy as well

Only change what I have mentioned set up by Peter Baldwin . Does have a ac Dodd dizzy as well

If a worked head, what casting is this. Would it be a standard 998 head then that is modified?

Like most hings Mini its down to personal choice.

As above the 295 head is a good option, but they are getting very expensive and generally need sorting before use.

The 940 is a perfectly feasable and probably cheaper option, and will produce the goods, with some loss of low down torque, down to the slightly bigger ports.

If you go the 940 route I would suggest: 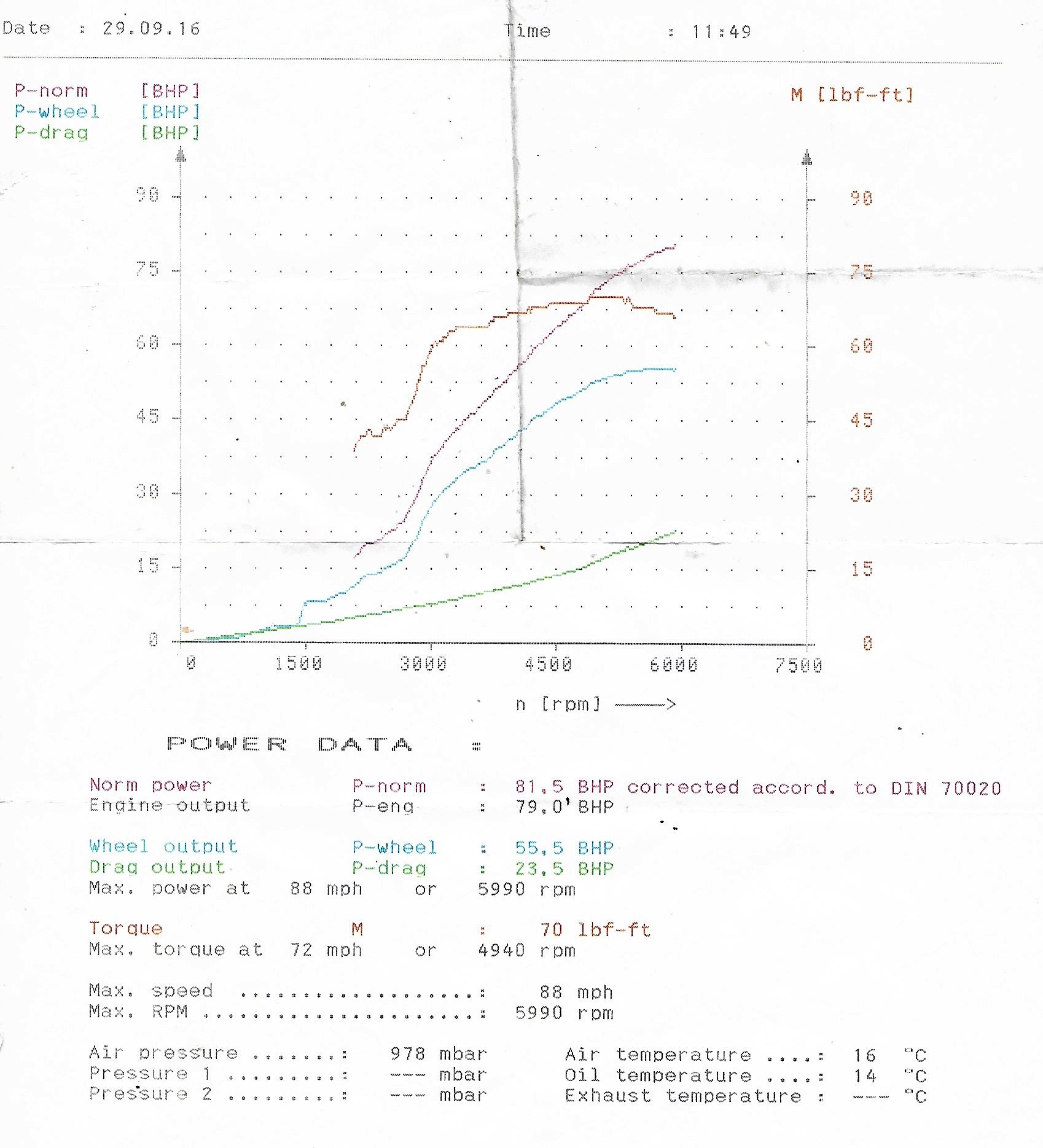 Also tagged with one or more of these keywords: engine