Random Thought Of The Day

from a Range-Rover to a Roller

What if the future autonomous car have a personality like Bender?

What is this Clubman doing in the new Resident Evil remake?

Remember - don't clean the snow off the window screen

with a discount store card

did mine this morning -

Scientists say the universe is made up of

They forgot to mention morons.

Reminds me of the time i drove away then tried to brake, only to find my right foot would not move!

I thought my leg was paralysed but after some quick left foot braking i discovered my shoe lace was shut in the door preventing my right foot moving any further that the accelerator pedal.

Helped get someones car moved that was blocking a roundabout this evening. Young lad probably about 19 or 20 drove onto the roundabout and then it wouldn't go into gear, just kept crunching so obviously the clutch wasn't disengaging.

I managed to get his car rolling without the clutch and even into 2nd just so we could get it far enough where I could stop in a gateway, clearing the road (I had left my car in the same gateway and walked back to him). He was amazed that the car could be driven without using the clutch. I asked him if he knew how a clutch worked and what it actually did when you put your foot on the pedal and he said no.

It had never occurred to him to switch the engine off, put it in gear and try the starter just to move the car.

About 6 months ago my 62 year old mother got a flat tyre. She was able to get the jack and spare wheel out and attempt to change it before having to flag someone down for help as she wasn't strong to undo the wheel bolts. At least she tried!

At least he knew how to drive with stick shift! Over here, in the states, not even that. The best security feature in car to prevent theft is having a manual gearbox.

At least he knew how to drive with stick shift! Over here, in the states, not even that. The best security feature in car to prevent theft is having a manual gearbox.

At a petrol station i once stopped an American woman from putting fuel in her car.... she had removed the coolant expansion cap & was about to fill it up.

It's all the fault of the State!

In the old days Parents were responsible for their offspring -they were expected to try to install a sense of right & wrong, set boundaries for their behavior, encourage them to use common sense, provide a basic knowledge of the outside world, & more importantly how to find out information & gain new knowledge/ learn new skills/ develop abilities.

For some reason that's not expected now & any deficiencies in peoples abilities/knowledge/skills is put down to the fact that the State didn't invest enough time or money on teaching young people things they should have been taught by their parents or learnt themselves.

Who is going to finish their mini first?

Bad obsession motorsport or me?

Has anyone else been watching sky's Curfew?

To be honest it's nothing special but in the first episode when they are at the starting line to the race there is a mini there. I've not seen it since. Anyone know what happened to it?

i have a problem. 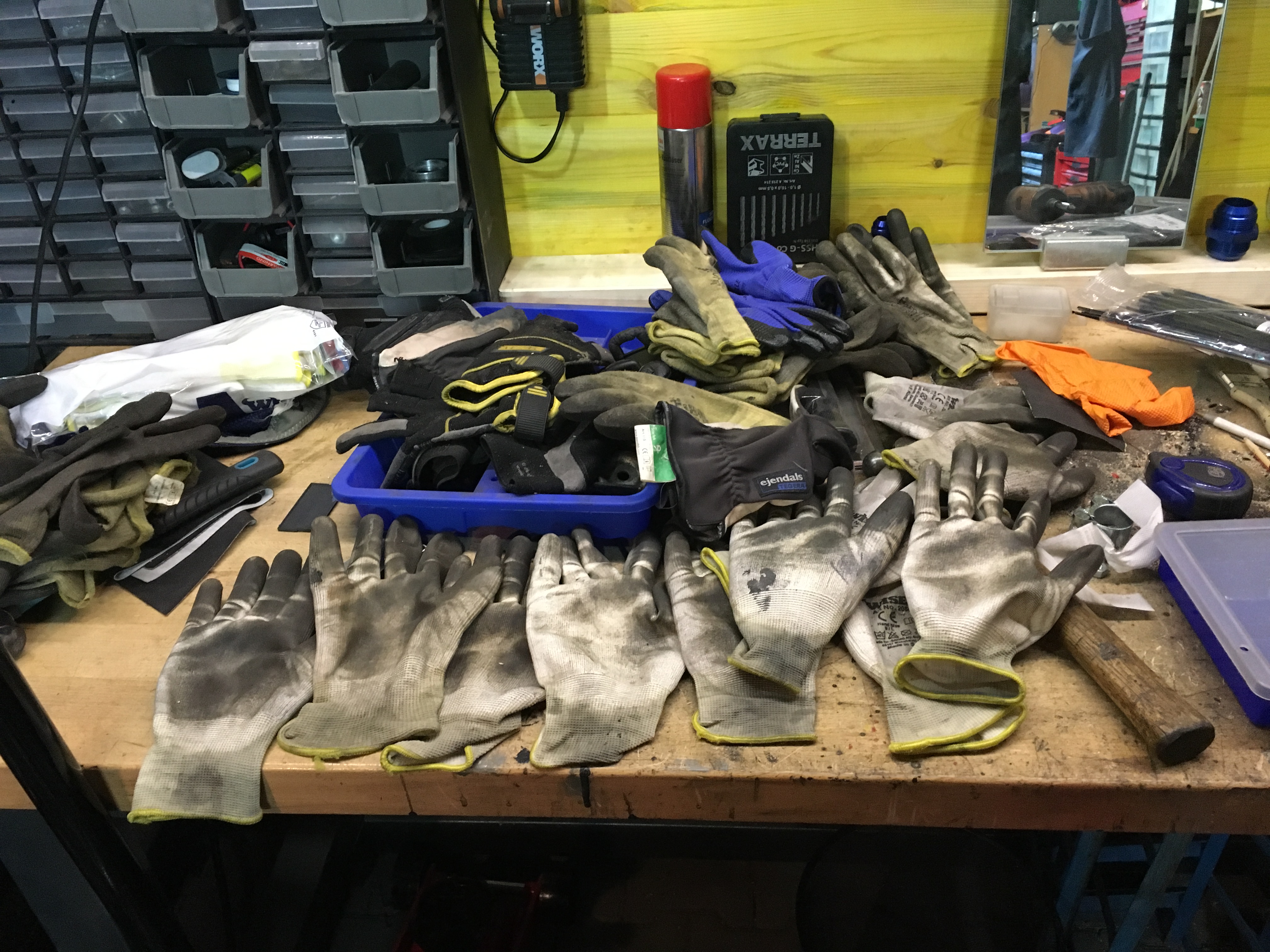 i have a problem.

Yep, you got way too many hands.

What do you do to wear out all the left hand gloves?

Two guys I work with used to work together at a previous company as fabricators. One is left handed the other is right handed. They said they used forever giving each other gloves.

Back to Chit Chat and Off Topic