38 replies to this topic

Where you get the tool please?
Need to get one but can't decide...

Think that tools from Car Builder Solutions.
Check out their YouTube channel too. Guy did a video recently on that tool.

Is the flare in the photo a single or double flare...??

Whatever it is, I presume the other female fittings require the other type of flare.

About to start fitting brake pipes myself and would appreciate advice.

Great build by the way.


The one pictured is a single flare but the tool does both the single and double flare needed, great bit of kit, make sure to use the punch grease makes the flare better, doesn’t need much on it though and wipe the pipe after flairing!

Ok so some more progress! Things seem to be moving much quicker with all this time off... I wonder why

Since making a tool to fit the rear wheel cylinders quite a few bits have ended up on the car, progress seems fast but also slow at times with so much to clean up and paint! but its coming together nicely.

Finishing off the brake lines in the engine bay: 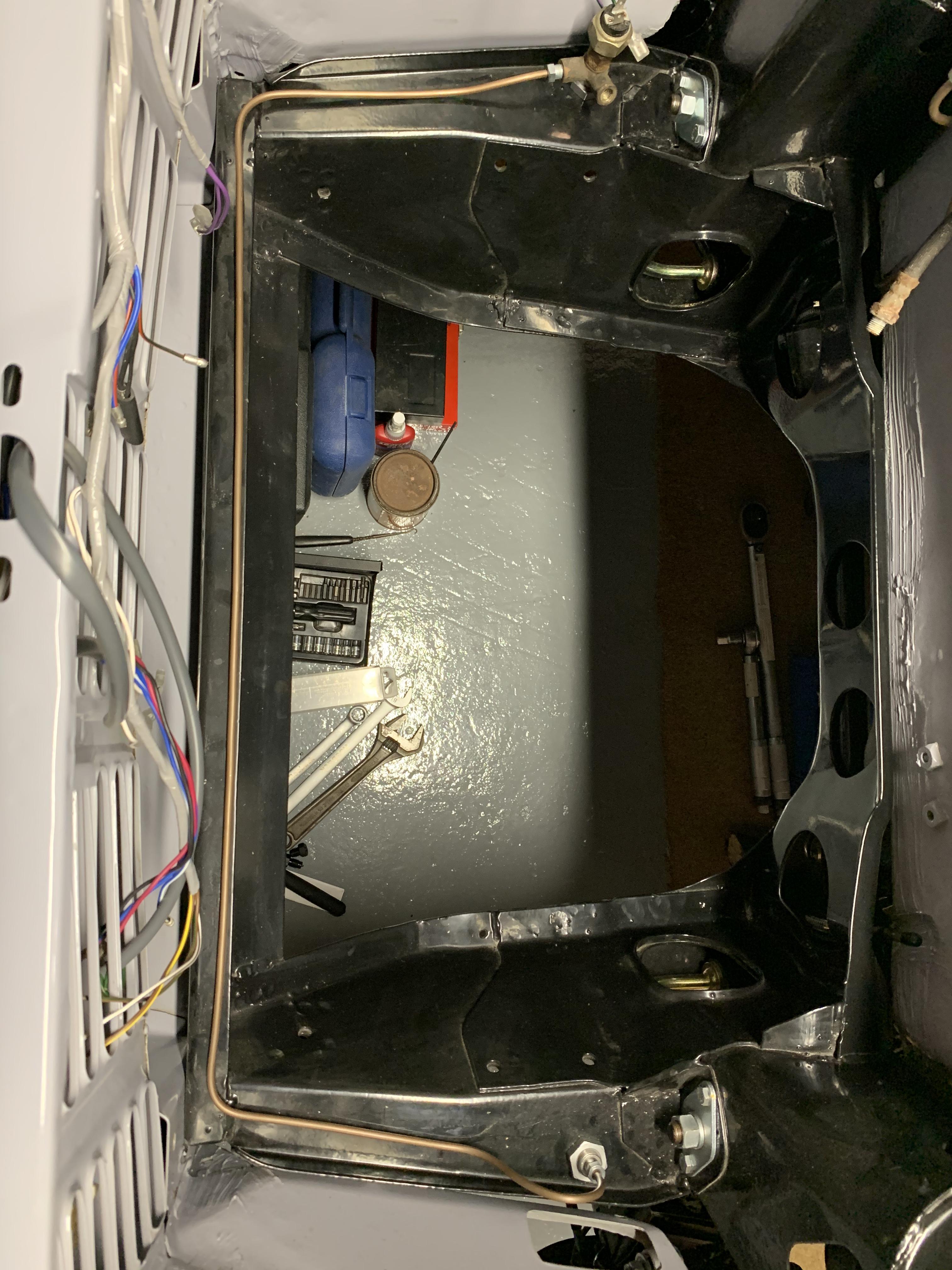 And some shiny new master cylinders: 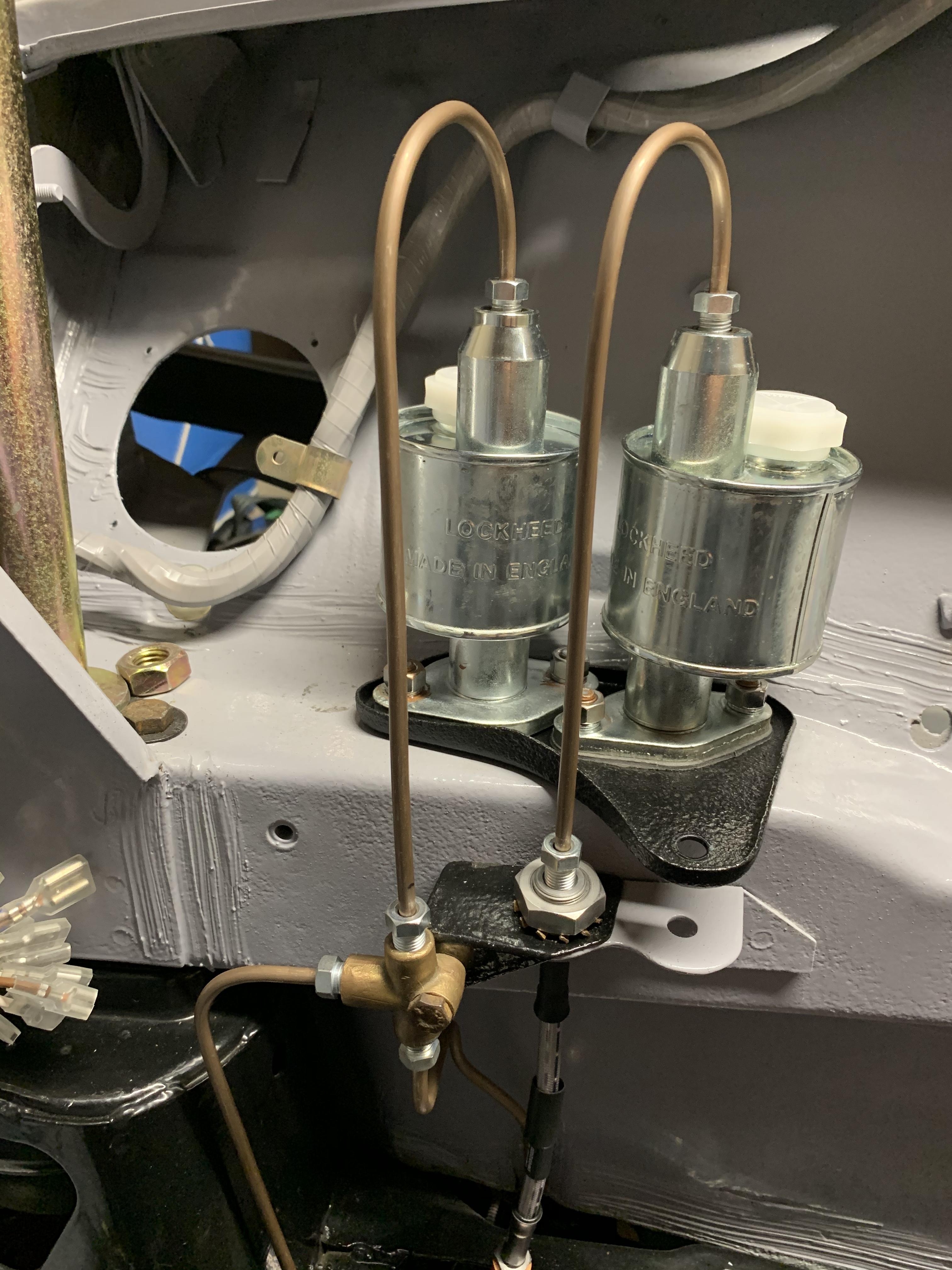 The old studs were rusty and mangled on the pedal box so they were drilled out and zinc plated bolts welded in place, not the neatest but it does the job and isn't seen, and then all given a good coat of paint, interestingly only the clutch pedal required some work to get the clevis pin hole a nice tight fit again, it was welded up and drilled out to the right size. 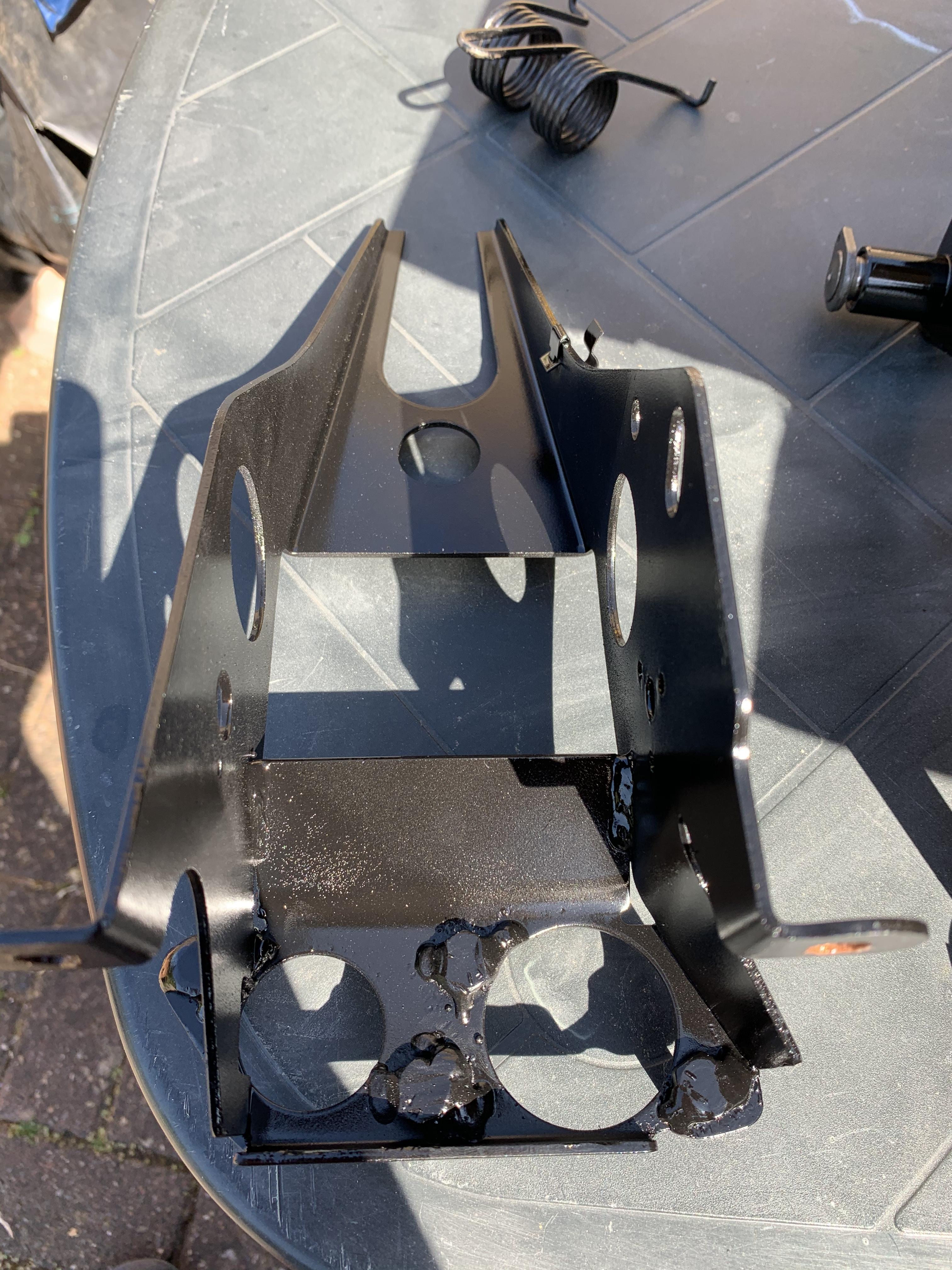 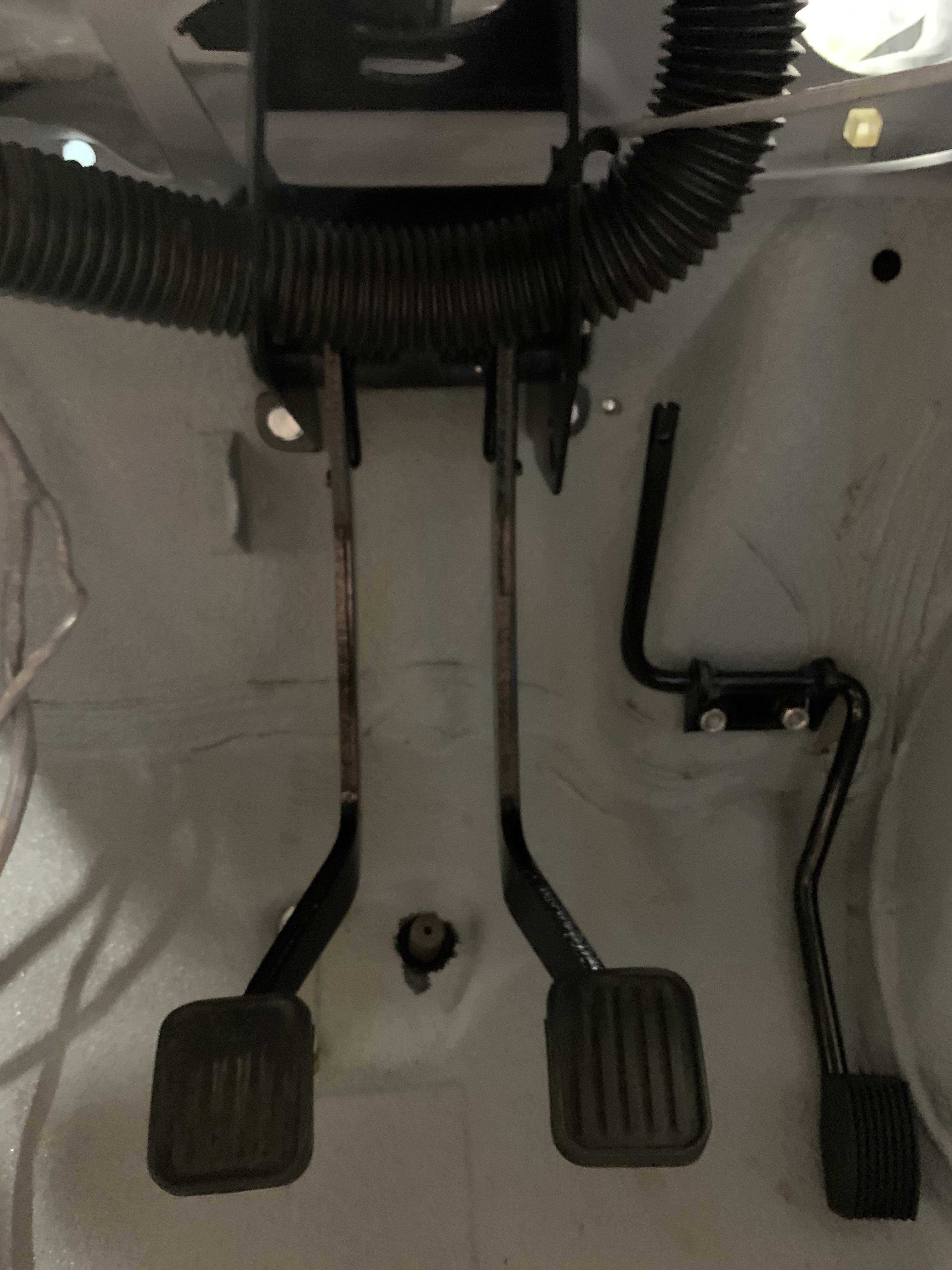 And the mounting bracket for the steering column: 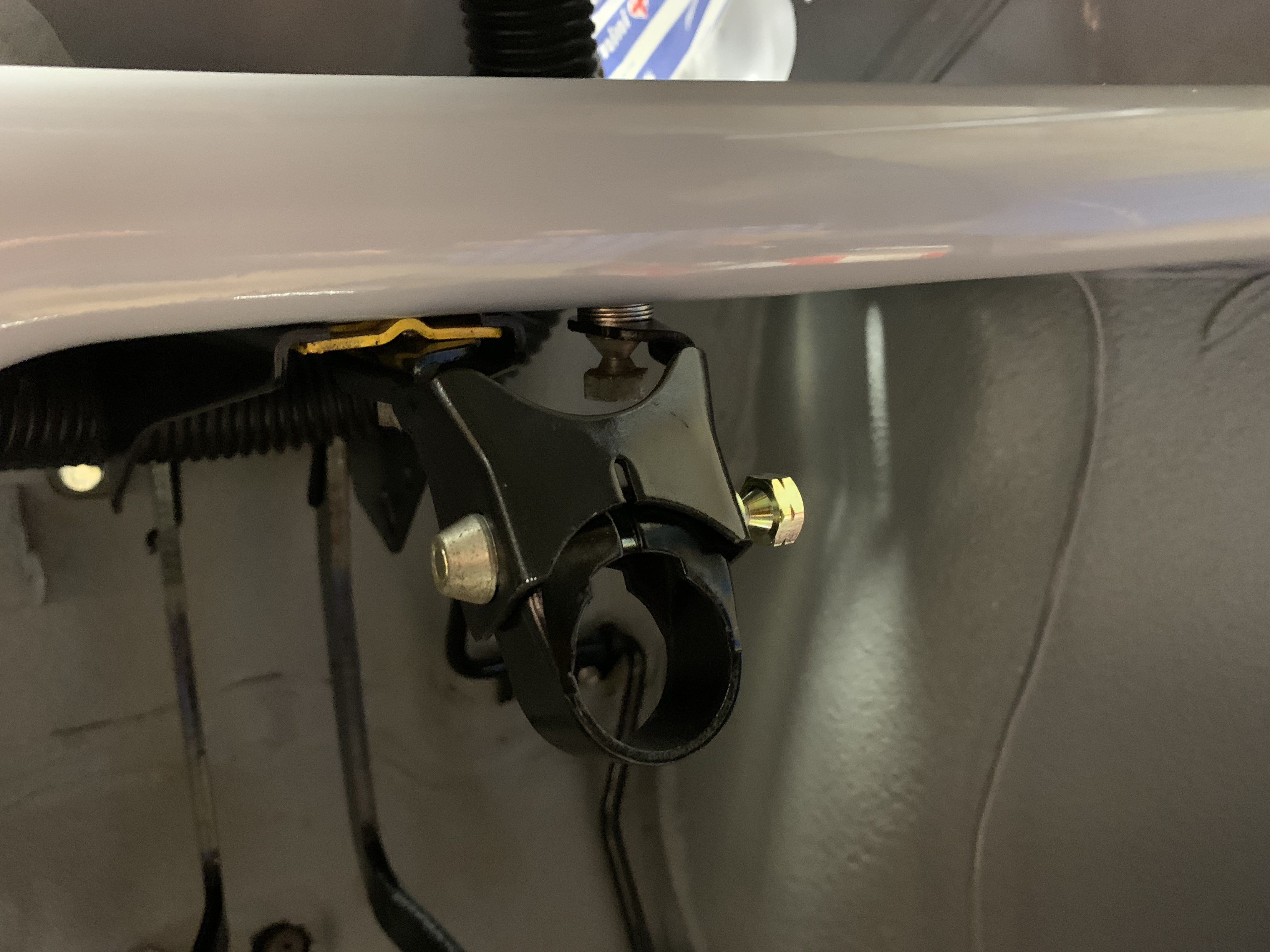 Drive shafts have been stripped and painted as they were the last really greasy thing left other than the engine, Initially I was going to re-use the CV joints as they felt ok but after cleaning and dismantling it was evident they wouldn't be far from causing issues. 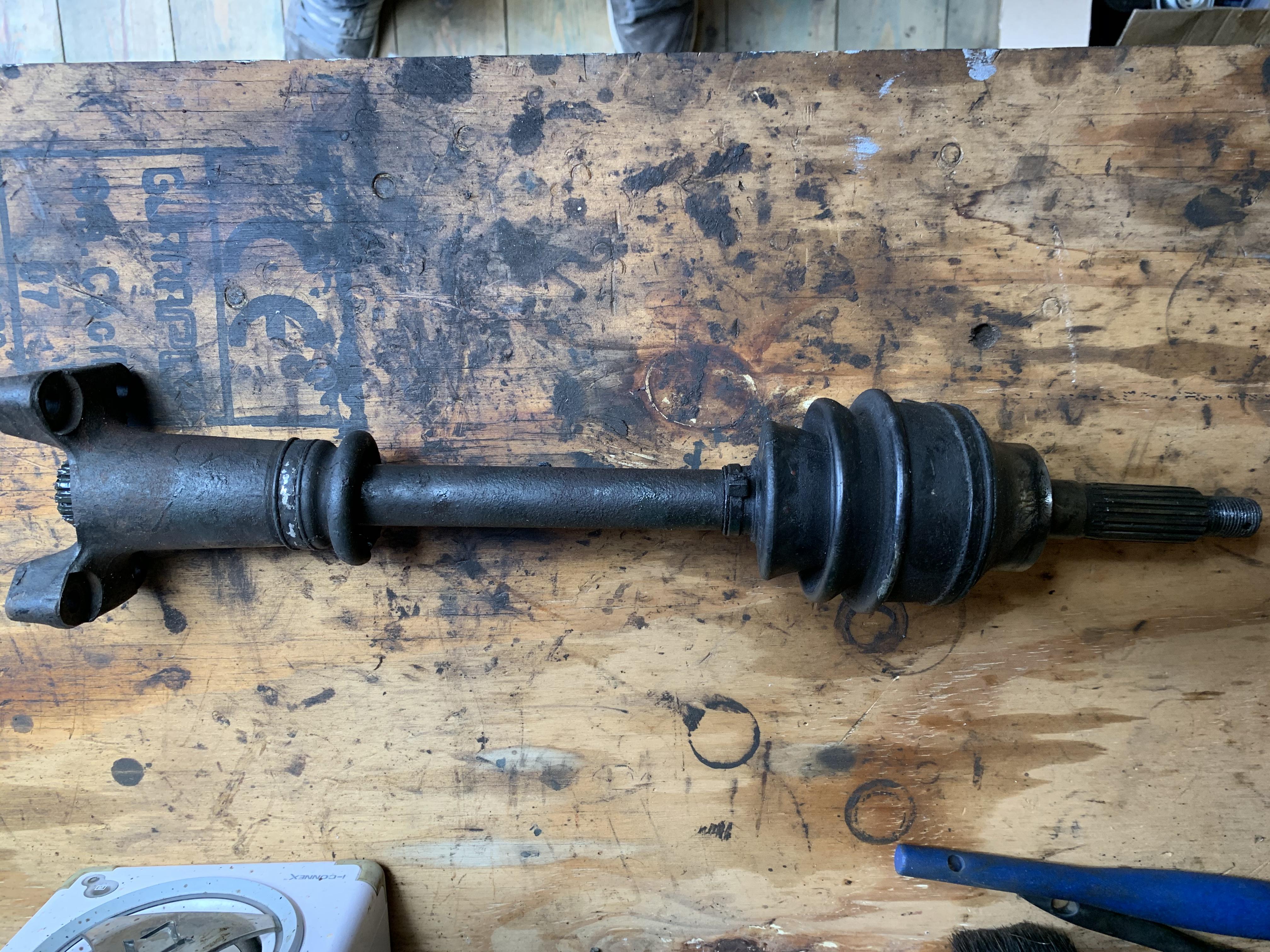 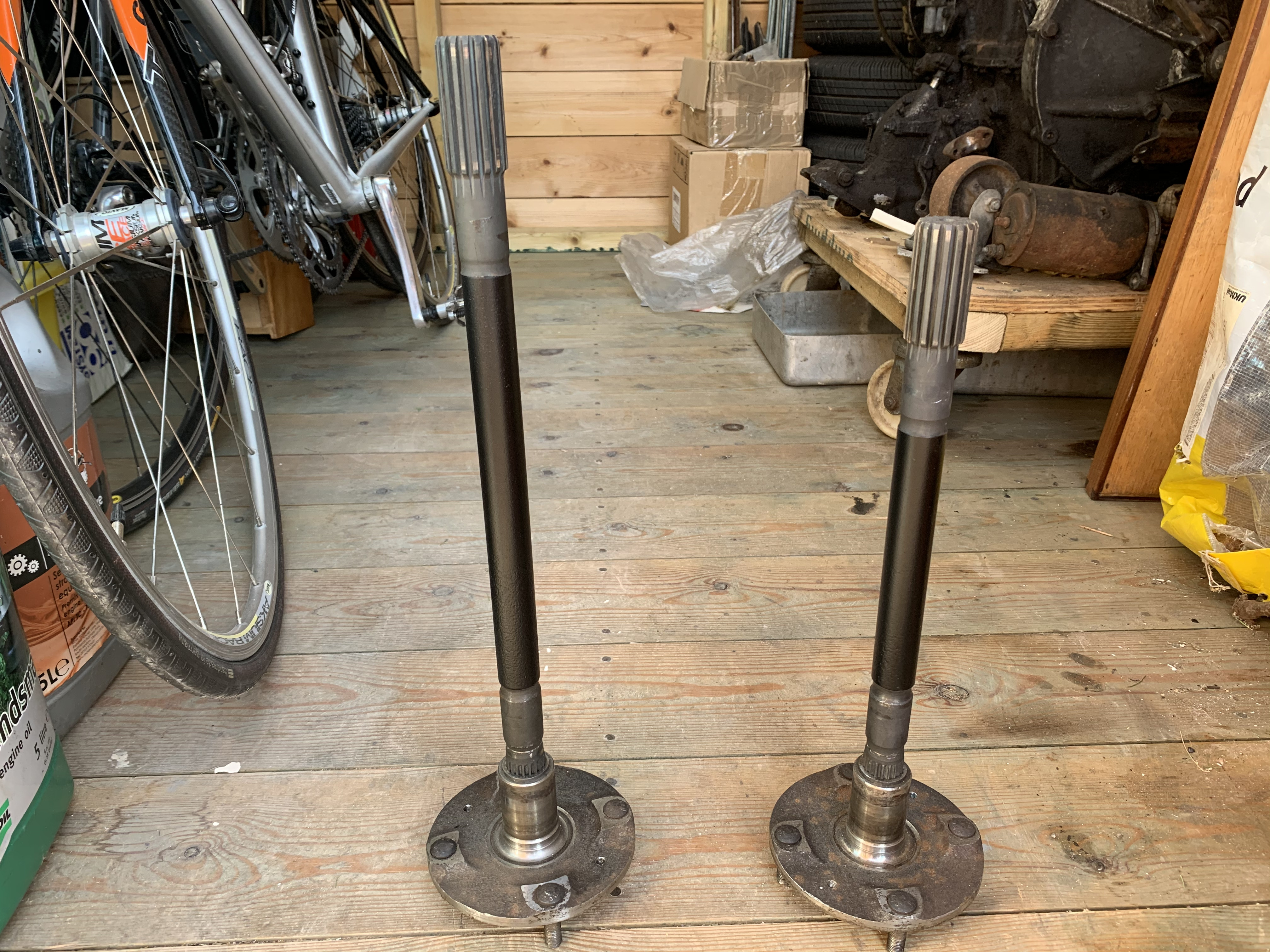 Wear through the hardened surface, once this has happened it just wears quicker until a ball bearing gets stuck in the grove and destroys the CV joint: 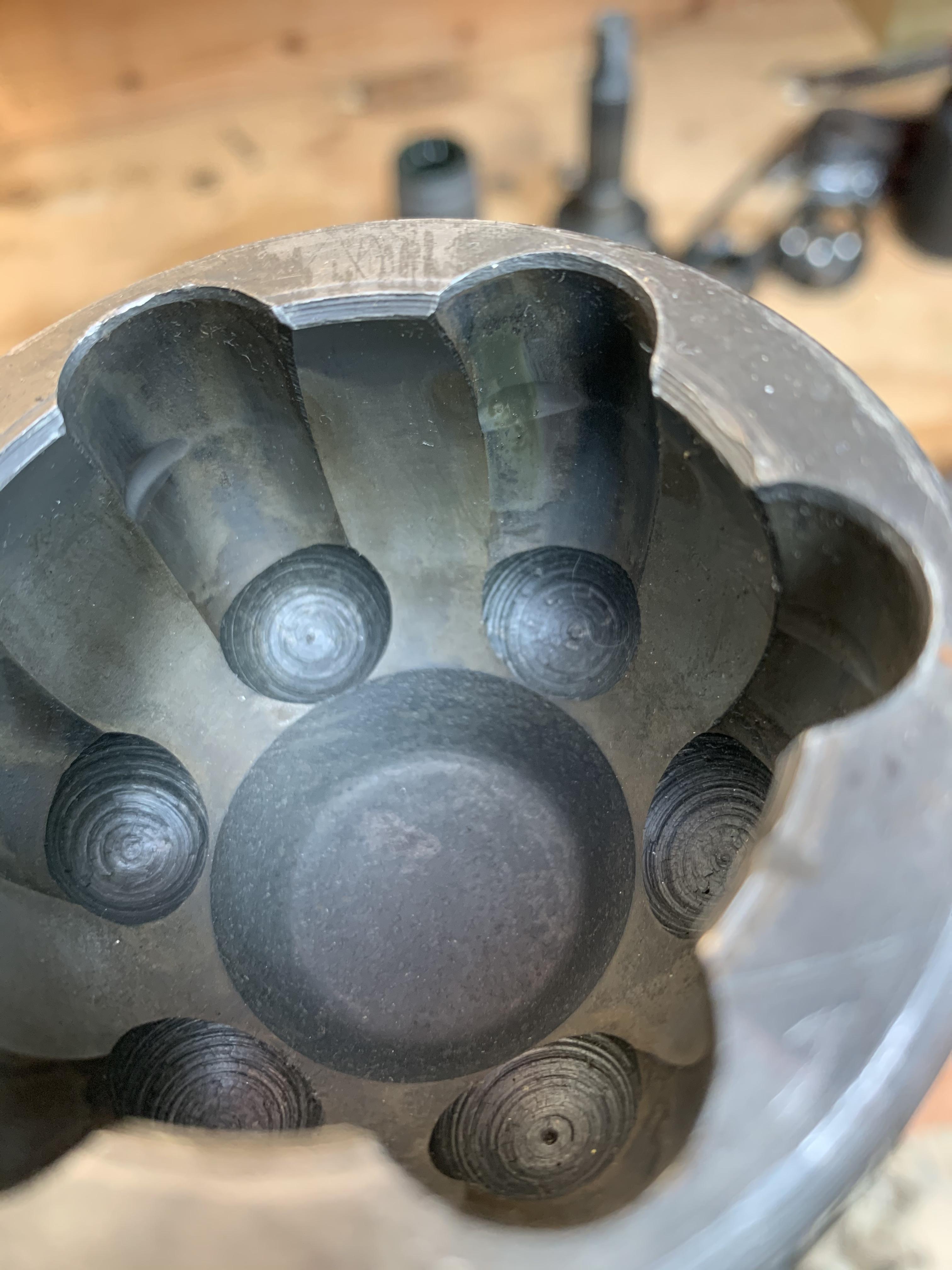 Rear hubs have been stripped down, the original Timken bearings were in great shape so they were throughly washed out and re-packed with some new wheel bearing grease. decided to paint the hubs silver just as a change from everything being black, not that it'll really be seen but it looks nice! 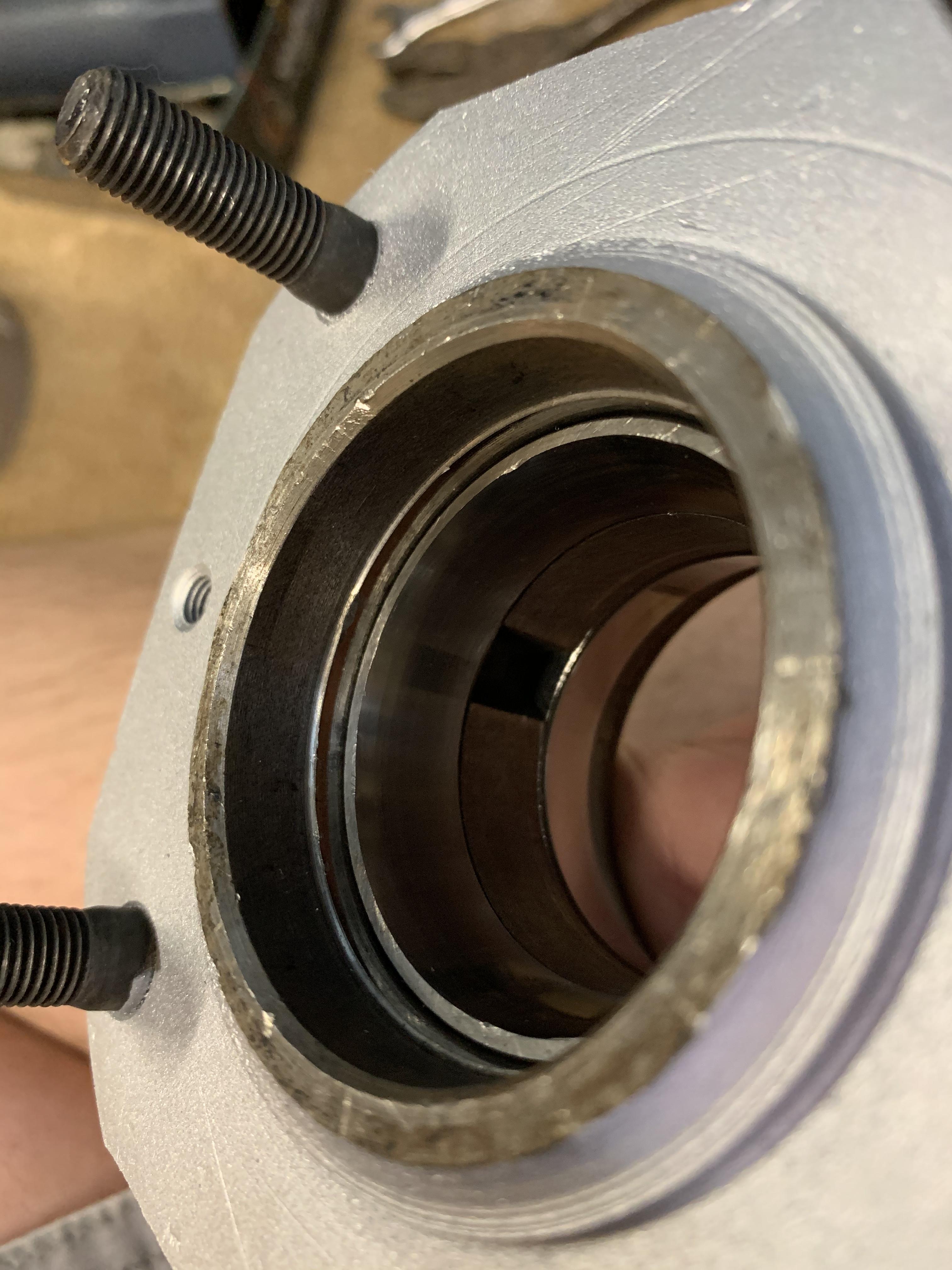 Packed the proper way by forcing the grease up through the big end of the taper, yes a bit more was lightly smeared over the top after this photo but from what I have discovered adding much more grease than this can lead to quick failure. 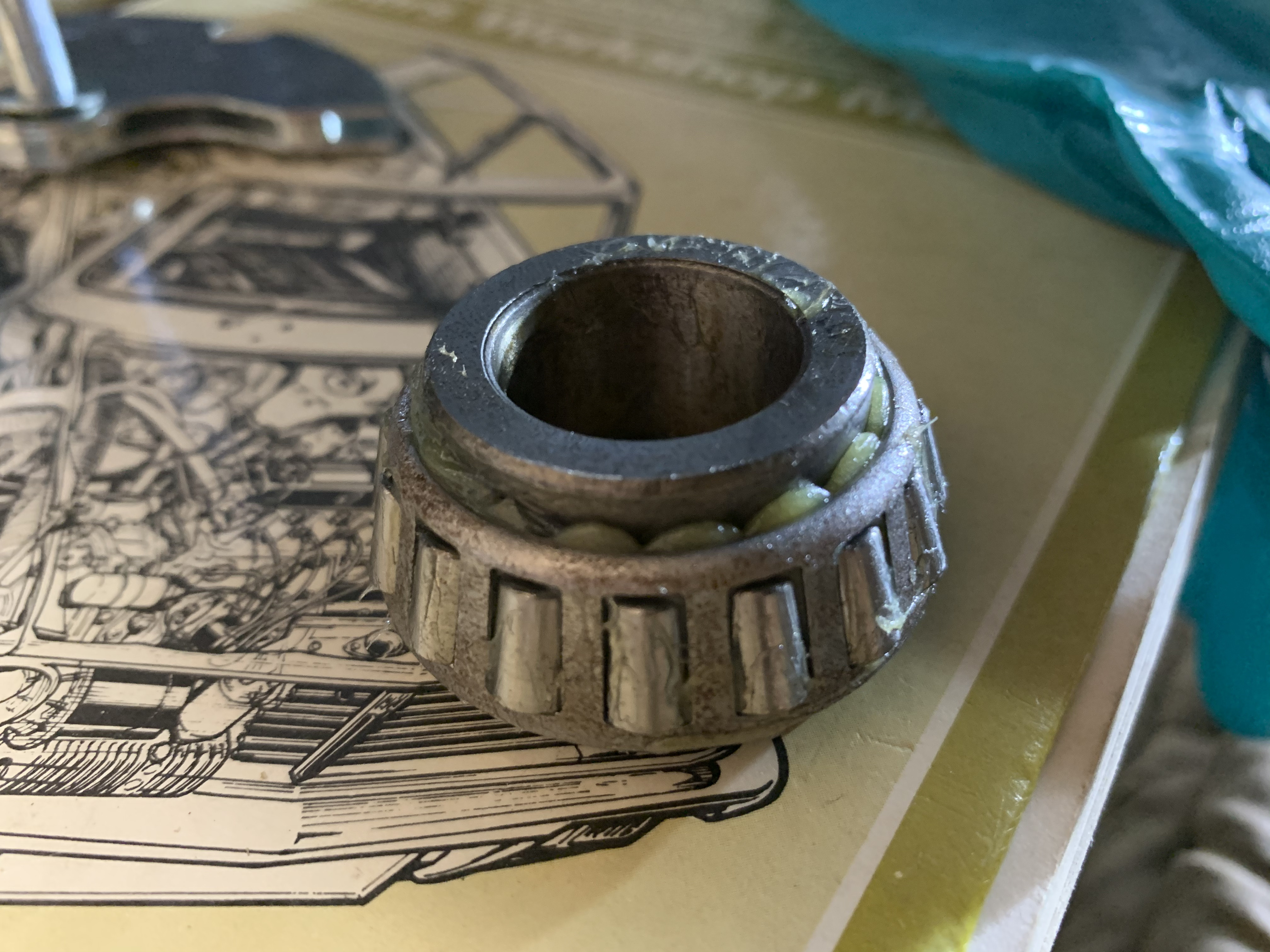 Brake assembly complete and hub torqued down with the spit pin fitted: 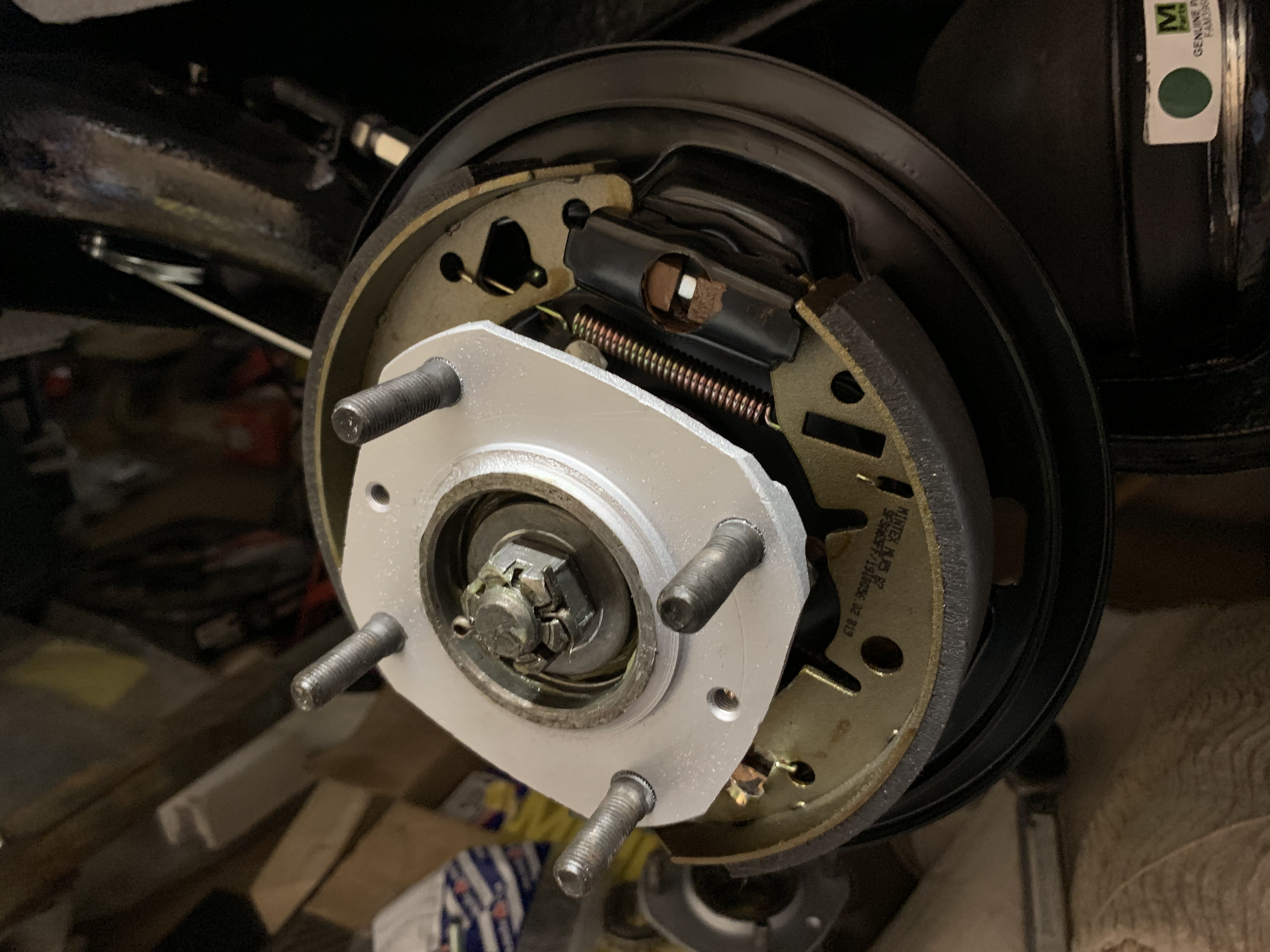 Front end both sides looking like this now, still amazes me how much you have to crush the rubber cone to get the stock trumpets in, and once the compressor is removed the suspension is capable of lifting the whole shell from one corner without budging! hopefully with the engine weight in till start to move! 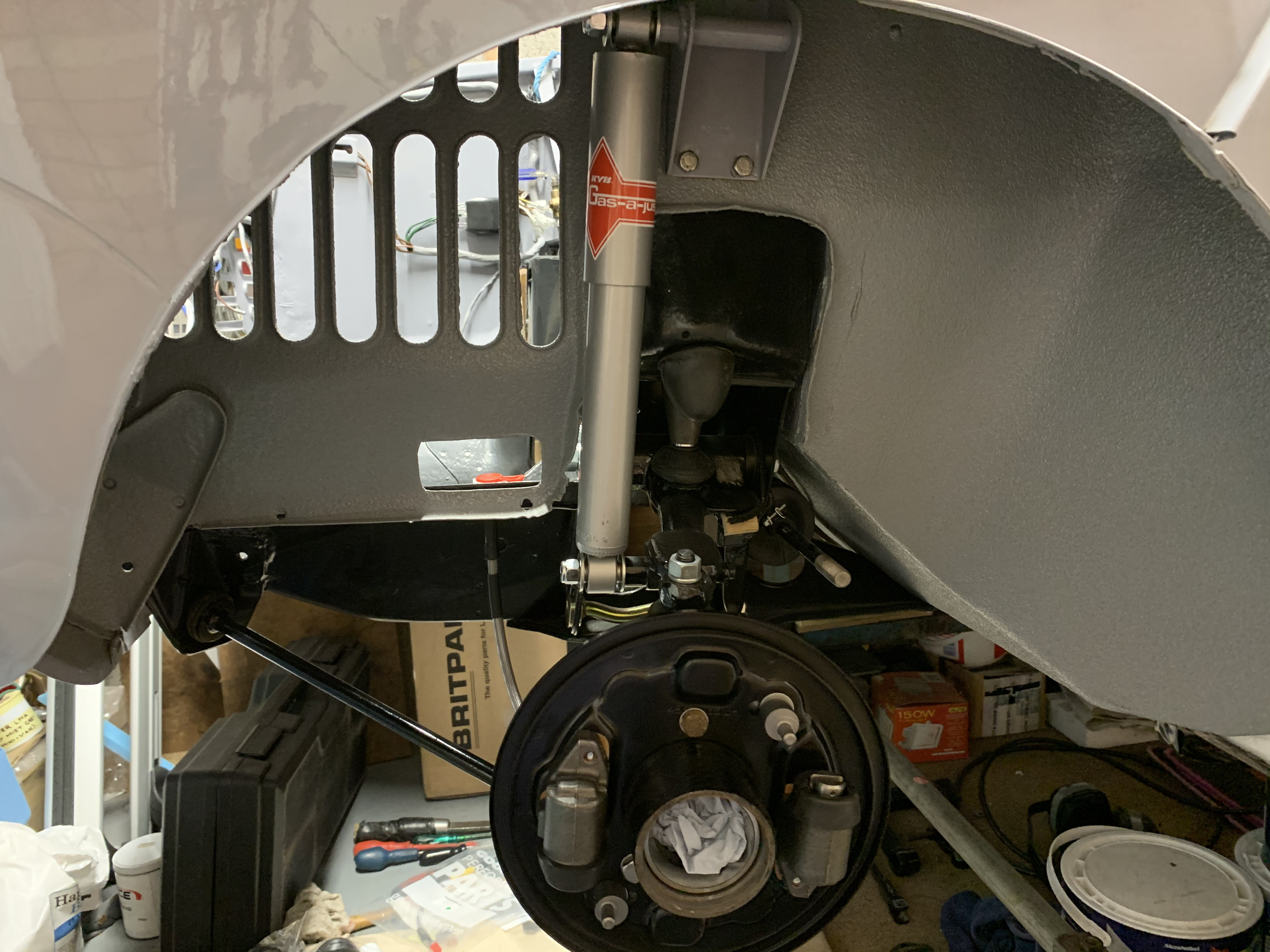 Couple of questions for you all...

Has anyone had trouble fitting mini spares S/S headlamp rings? I can't get them to push back over the clips on the top of the headlamp bowl.

And has anyone rebuilt a Lucas C40 Dynamo? Trying to find a replacement felt seal for the bearing end but can't find one anywhere!

Another productive weekend, beginning to enjoy this a lot more now I can see things coming together! hopefully I can keep the pace up! 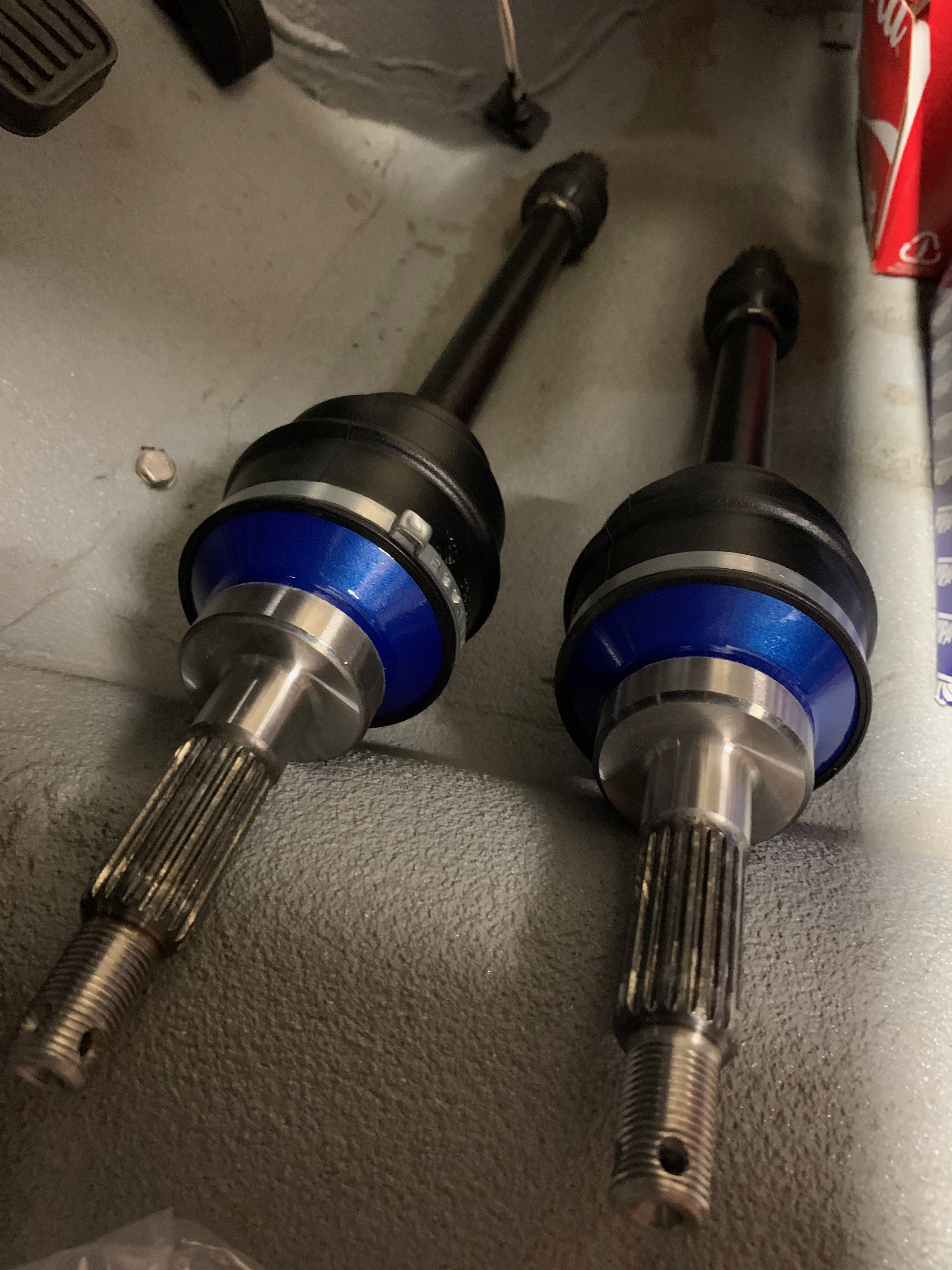 The flash of blue is purely to prevent corrosion and I just happened to have some blue paint lying about!

New front Timken bearings fitted up front, I found It needed the "c" clip spacers on either side of the outer races to get the seals to sit in the right place, it came with 2 new ones and I had one of the originals but couldn't for the life of me find the 4th so 3D printed one instead, worked a treat! 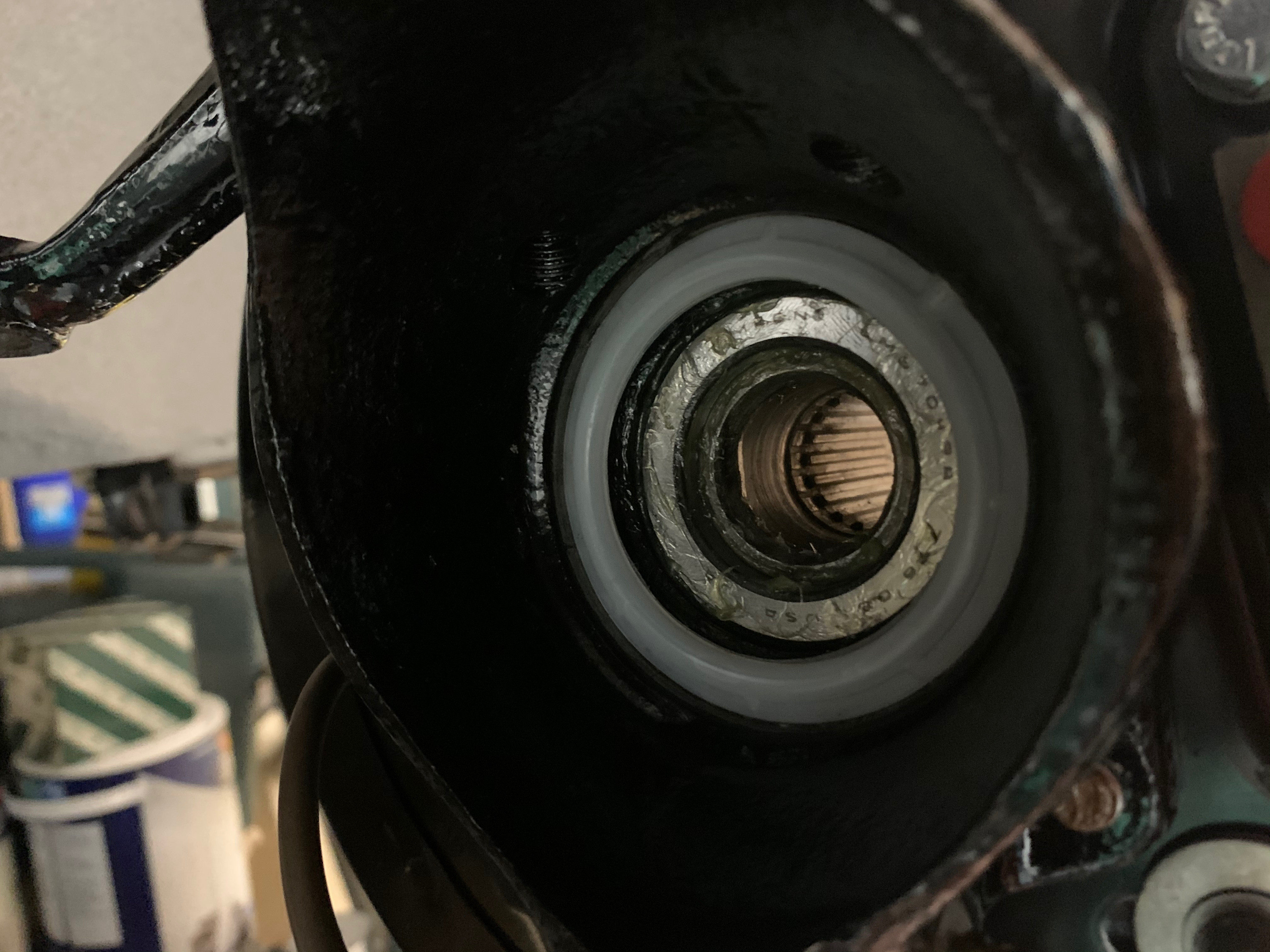 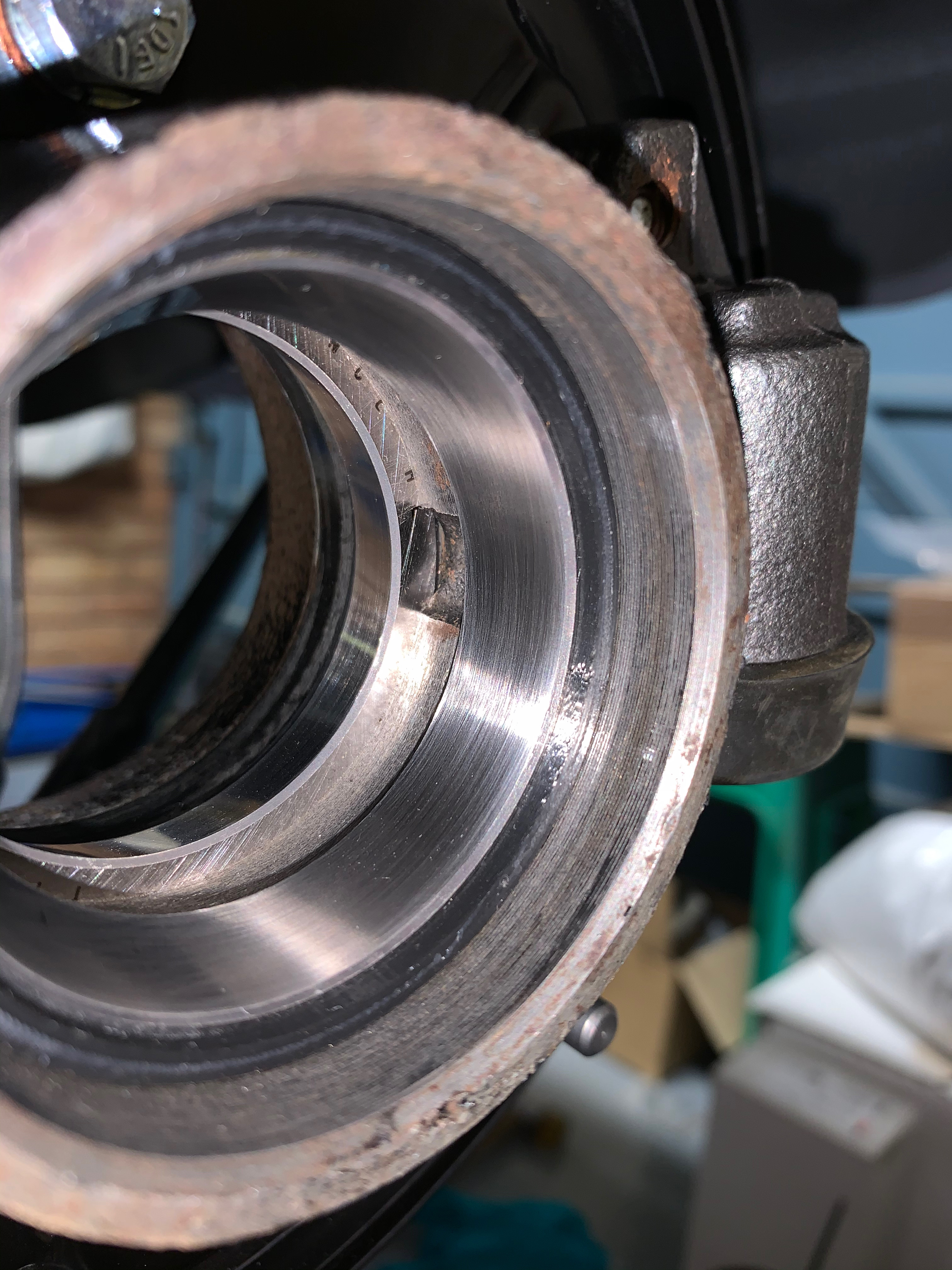 The boot clips that came with the CV joints seem to be rubbing the inside of the Hub which is rather annoying, just can't get them to sit flat enough, anyone had this problem? 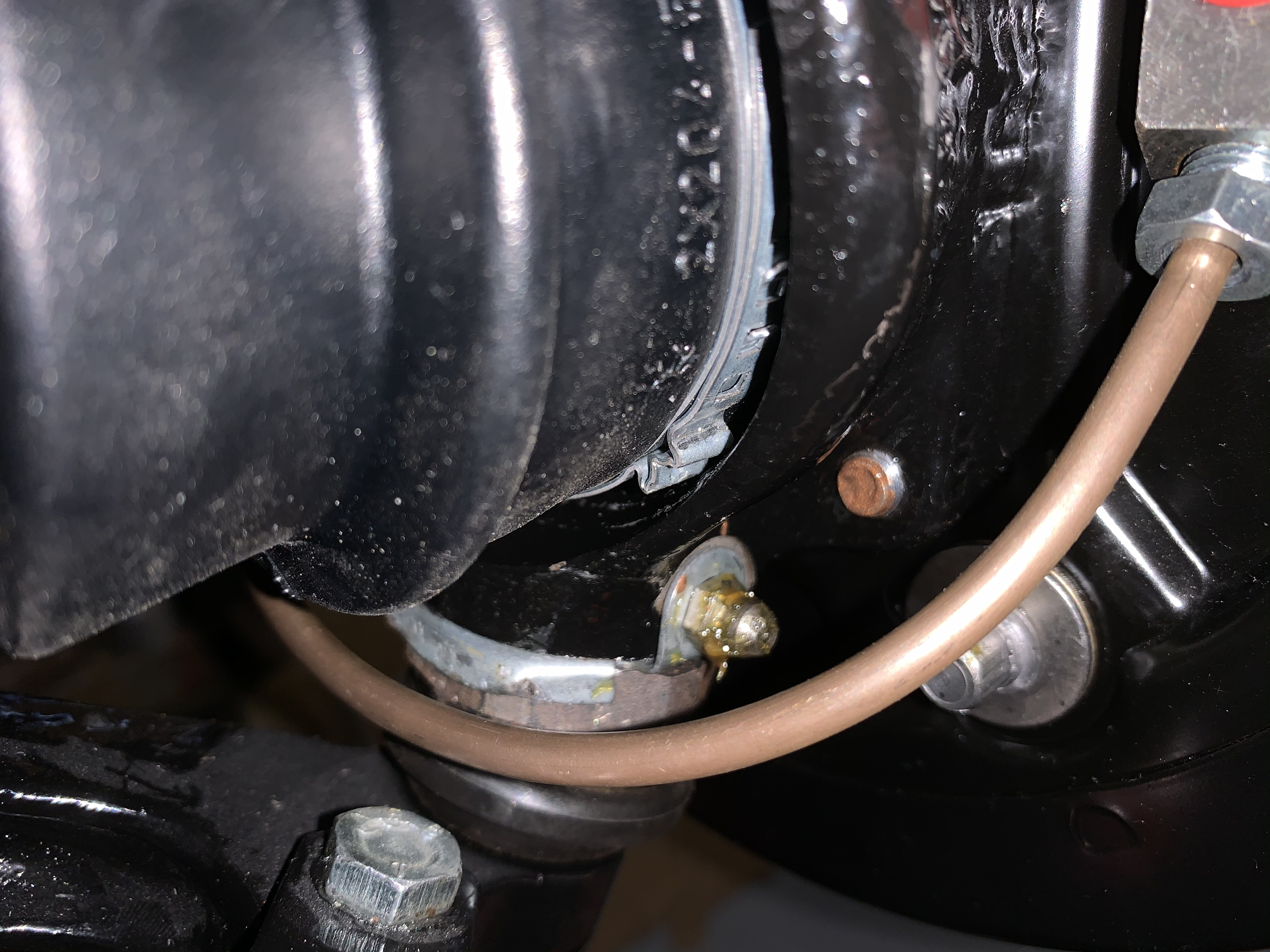 Front backplates have been built up, far easier to fit with the hub centre off, not that I would want to take it off every time I need to change the shoes! 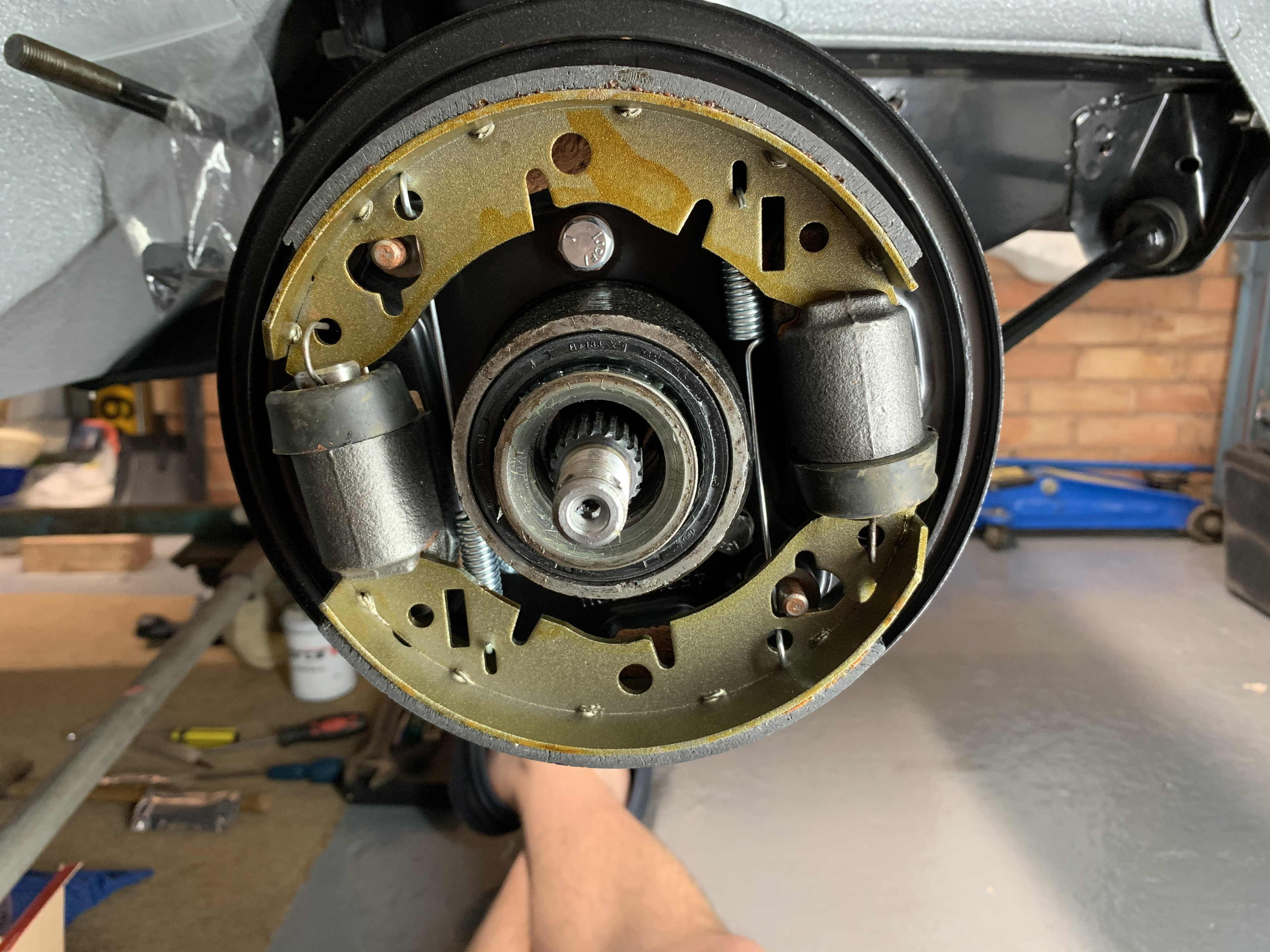 And the drums have been painted and fitted this afternoon! beginning to get close to going on its wheels! 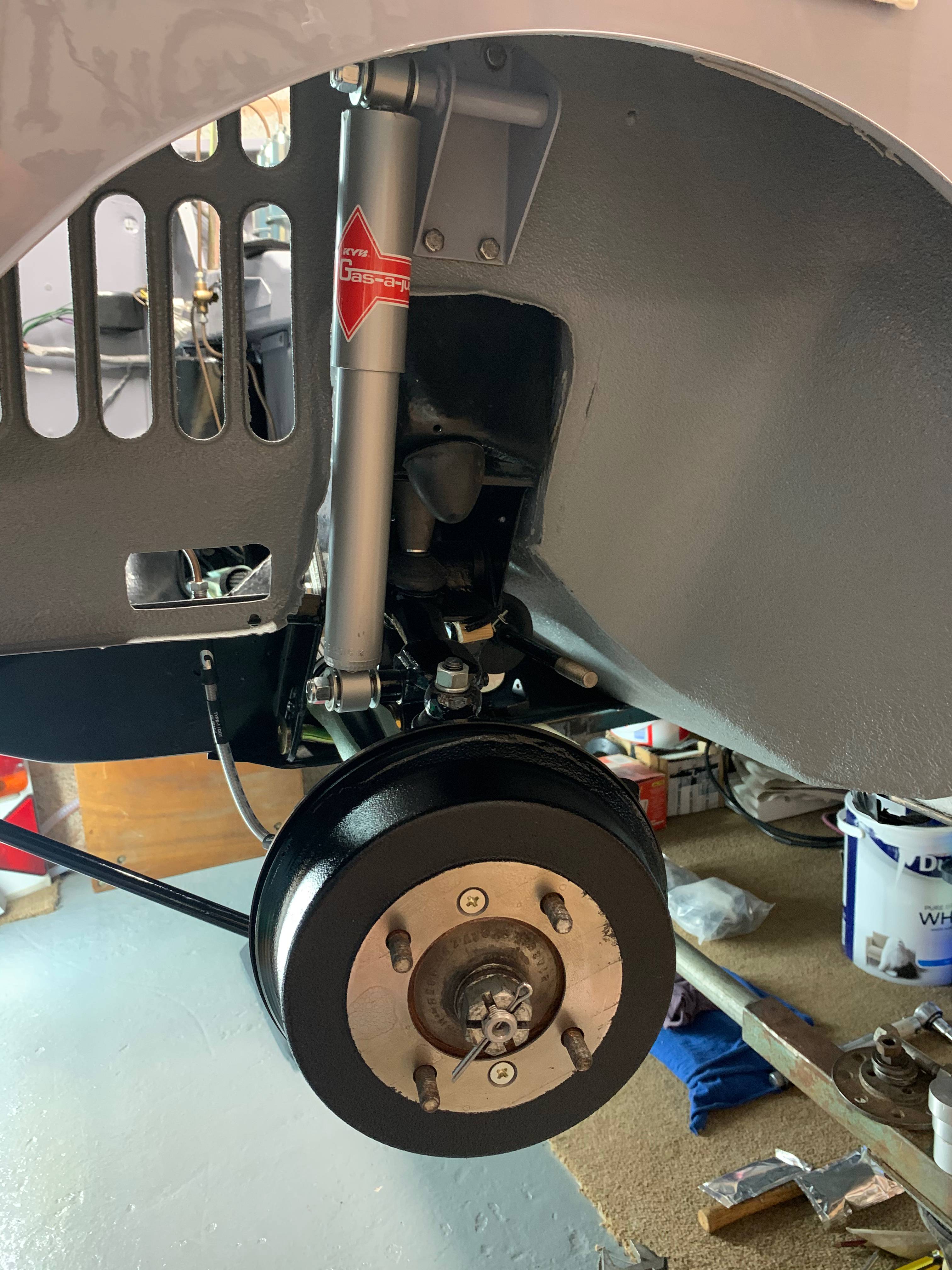 One of the inner driveshaft yokes had the end cap popped off allowing all the grease to escape, carefully filed up a disk with an interference fit, popped in nicely, going to secure it with something like JB weld or Belzona: 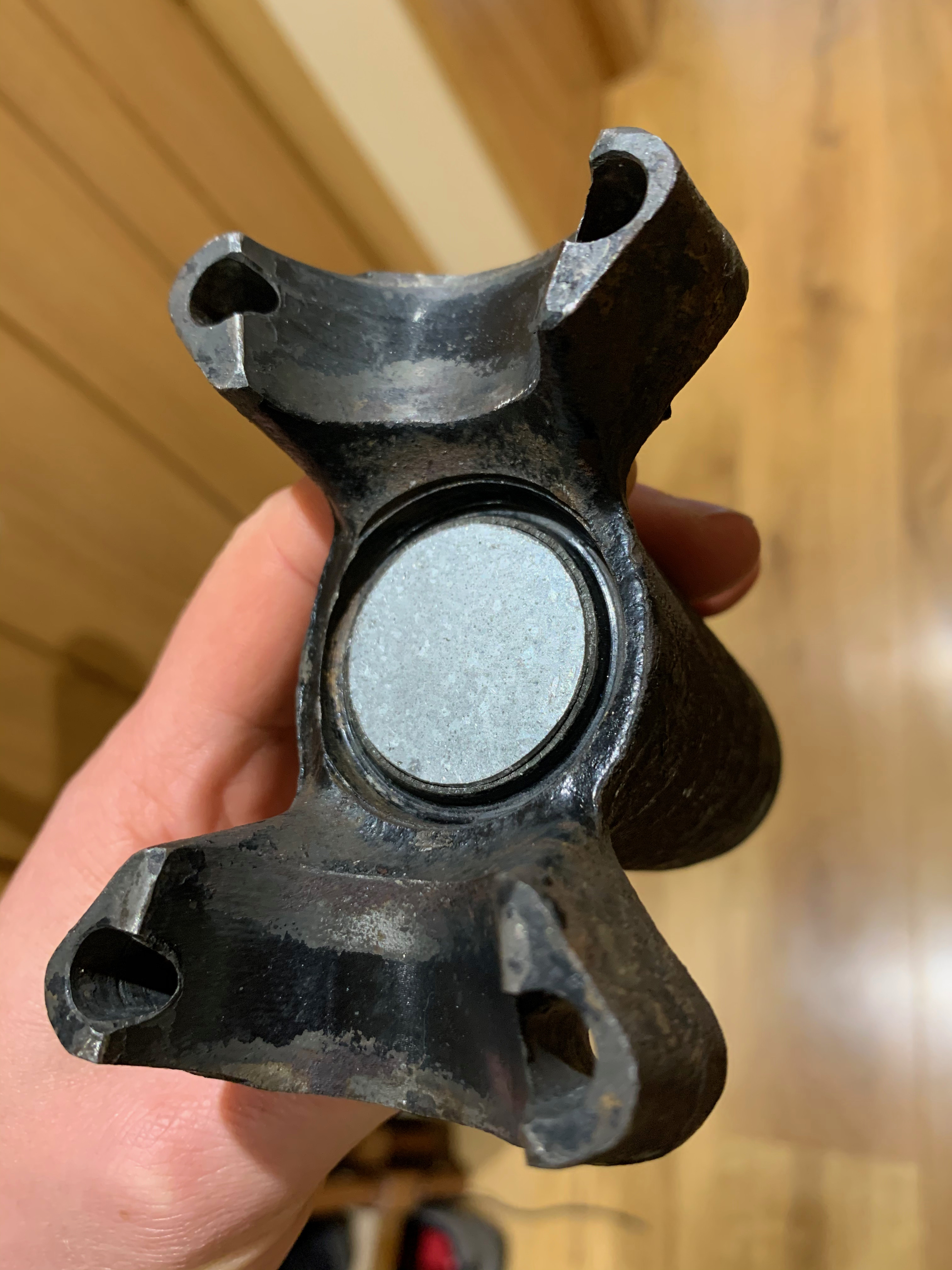 Your CV boots look to be a long way onto the joint.
There should be a groove in the joint and (on decent quality) CV boots a corresponding lip inside the boot, roughly where your securing band is.

I prefer this type of band, the clamp part lies flat, but you need the appropriate tool to install them.

Your CV boots look to be a long way onto the joint.
There should be a groove in the joint and (on decent quality) CV boots a corresponding lip inside the boot, roughly where your securing band is.

On the drumbrake CV joints the grove is about 5mm from the edge of the taper that I painted, can't say I noticed a lip in the CV boot it's self so it could be a cheap one, came from minispares, the band is positioned slightly inboard of the groove as the first one I tightened started to rub, it does seem a very narrow taper in the hub, but if I move the band away from the hub any further it will be tightening on the flat section of the CV joint.

I prefer this type of band, the clamp part lies flat, but you need the appropriate tool to install them.

I have just purchased some more of these, have used them for the smaller (shaft side) of the boot as the pinch clips that came with the kit were too big a diameter to fit, seems a poorly put together CV kit to be honest, you can never tell what quality your getting when ordering online these days!

Looks nice. What colour of Grey did you paint it ?