79 replies to this topic

I have been a member on this forum for a few years and have had my Mini K shell for even longer.   I bought the shell after seeing it advertise on the side of the road.   After a deal made the shell has been sitting under my house ever since.   Until I heard about the Rylestone Classic and decided that I better get my but into gear and make a start on the mini to hopefully one day make it to the rally.

The good.   Well being fortunate living in Australia the shell only has a little bit of rust in the A panels and top of the driver's side guard.

The bad.   Whoever had the mini before me decided that running a roof mounted wing was a good idea.   No photos thankfully but four holes to weld up in the roof.   The roof also has a hole cut for a sunroof, thankfully the car came with the sunroof but wouldn't have been my choice to do.   I remember when I lived in the UK I had a Mini City E with a white sunroof which looked very similar to the black one that I have now so that maybe an option in the future.

Plans are to rebuild the shell with all wheel drums and a warm 1098.   I have a 295 head and a 202 head with the peaks in between the valves ground away with plans for a 266 type camshaft and twin HS2s. 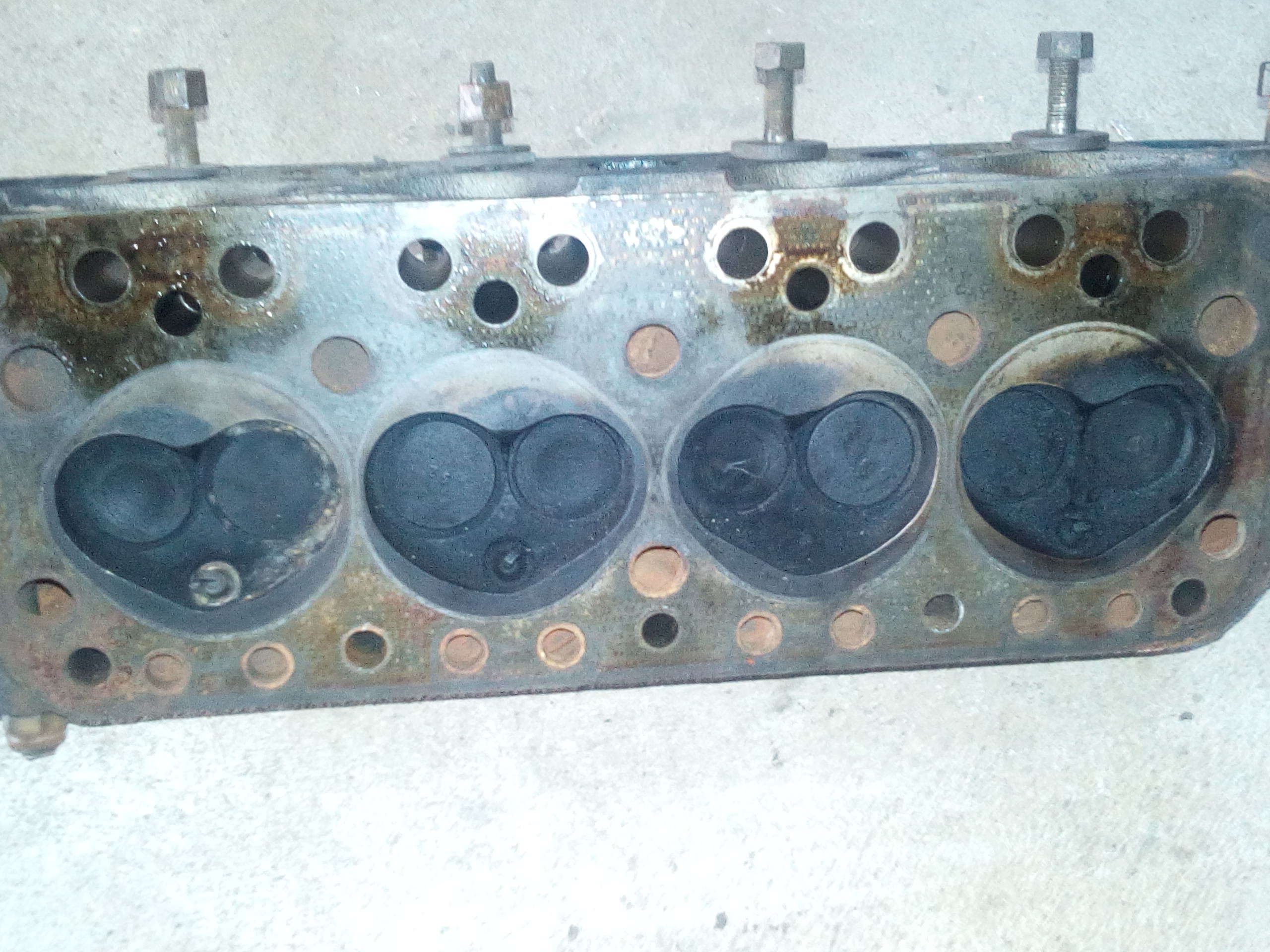 Colour is an ever changing decision.   Lately it has been switching between Surf Blue, Almond Green and Smoke Grey.   The only common theme is the white roof.

Hopefully this build log will keep the motivation up to get the mini finished over the next few years.

I bought a set of ROH Contessa wheels of ebay a while ago.   I think the previous owner had a thing for BMW judging by the colours of the wheels. 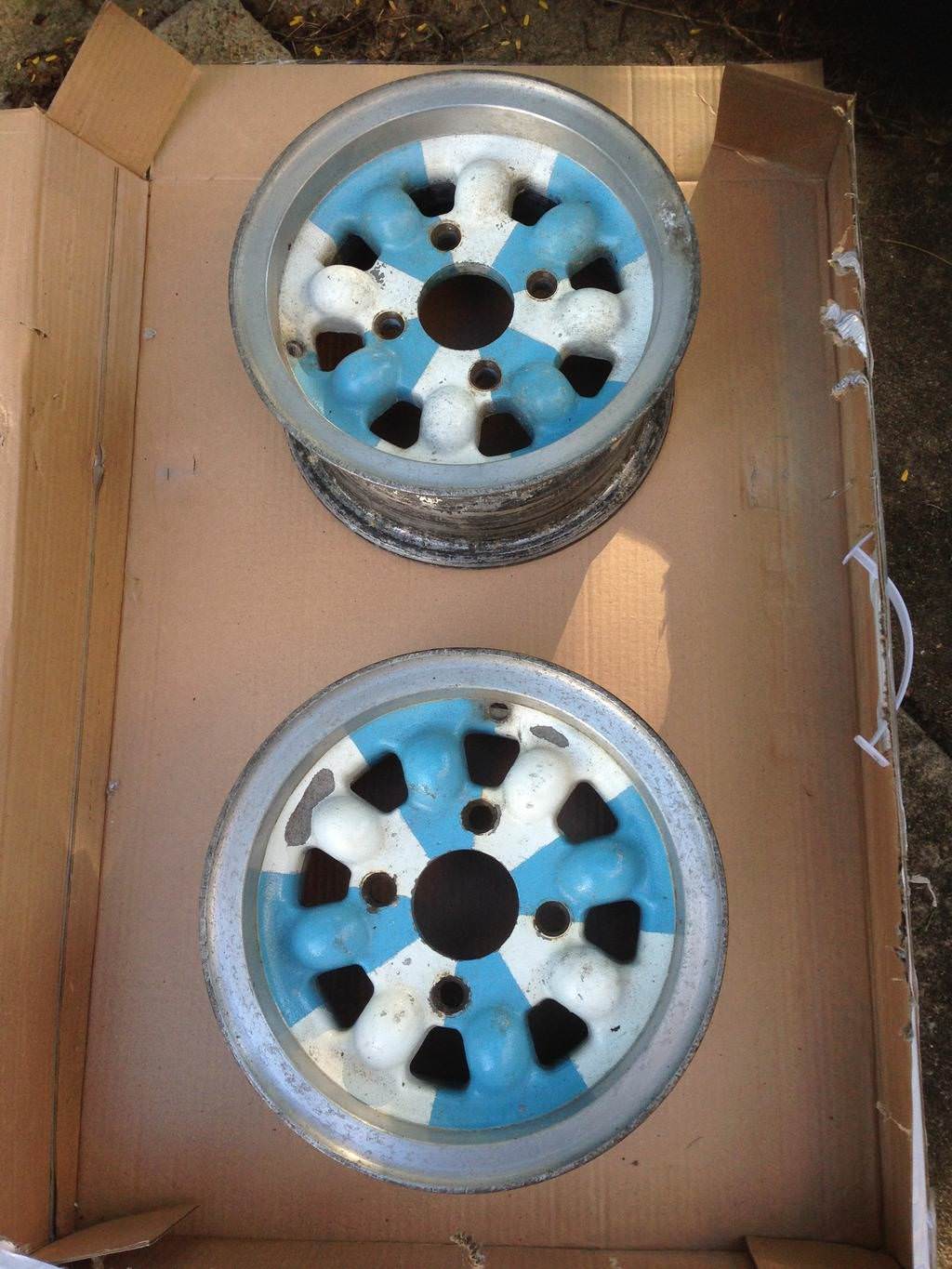 I like those wheels. They're something different. Good luck with the restoration of your Mini.

I managed to get a few hours in the workshop over the last few days.   I took the 3 synchro gearbox off my engine and swapped it for a rod change gearbox that I will strip down at a later date.   However looking at the crank I observed some what appears to be machining marks.   Can anyone tell me if these are just factory machining marks of signs of crank balancing? 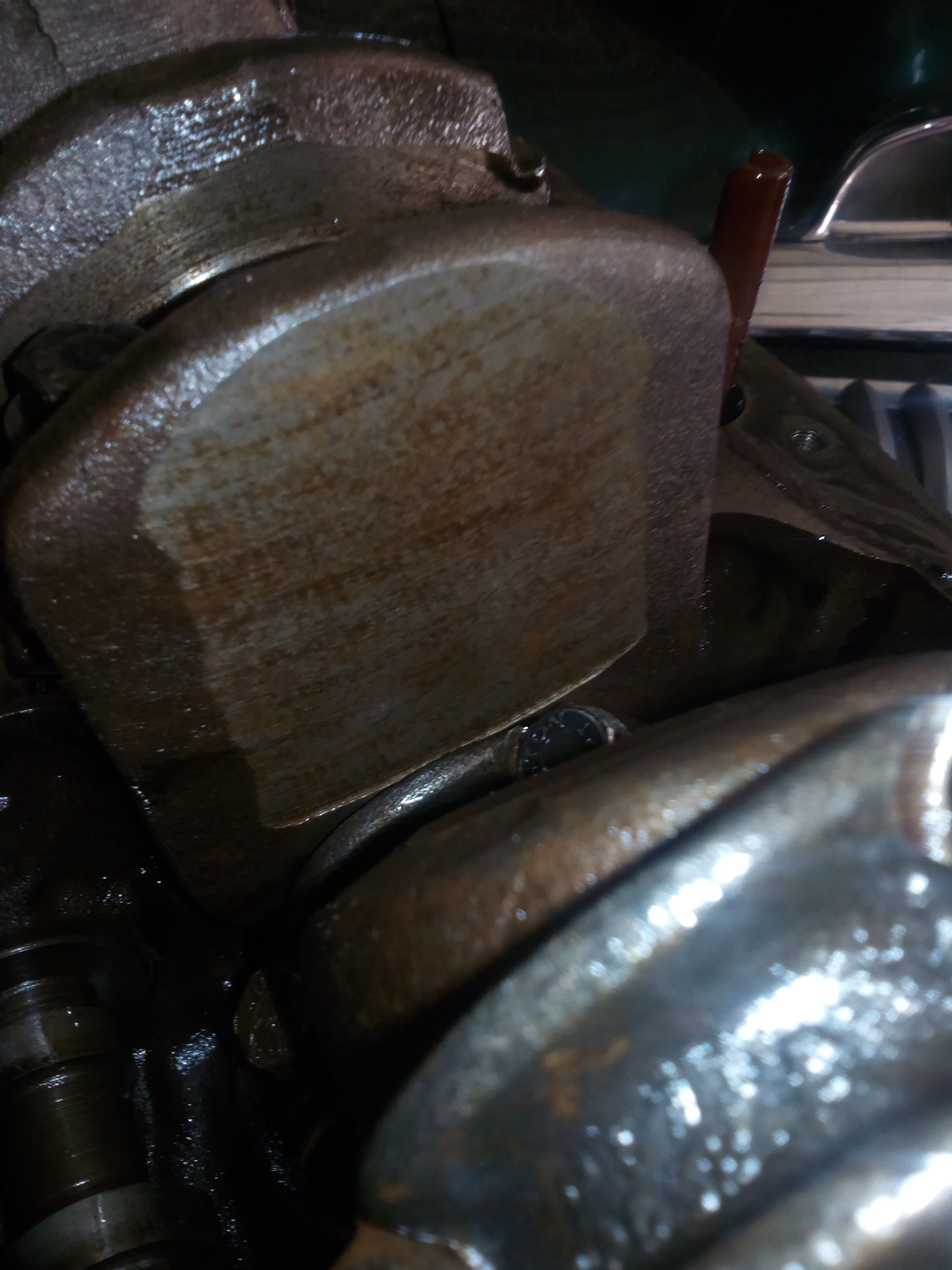 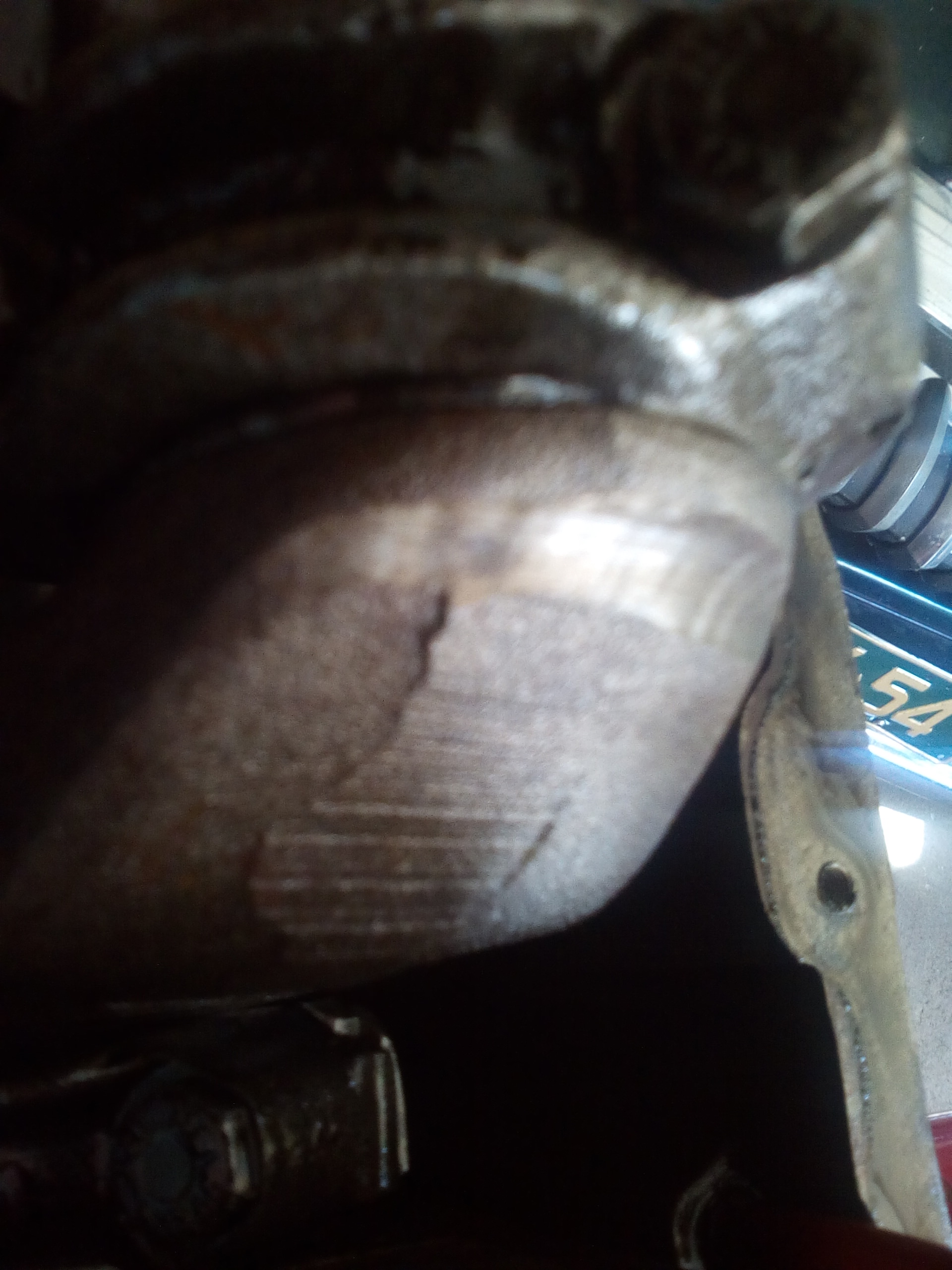 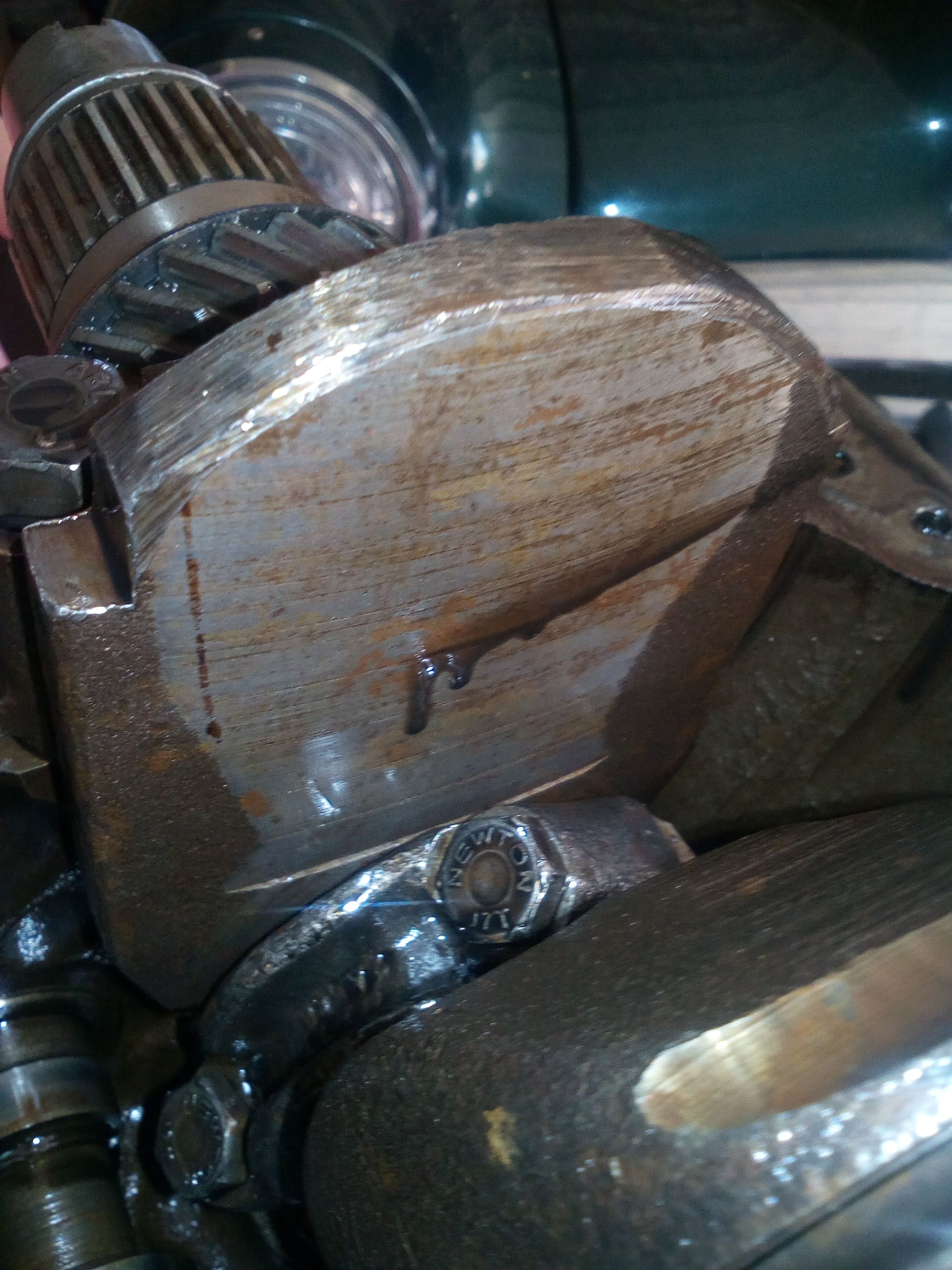 I bought a while ago what was listed as a lightened flywheel and backing plate.   Putting the two backing plates together I noticed a significant difference between the two.   Is the one on the right alright to be used as the weight is quite noticeable. 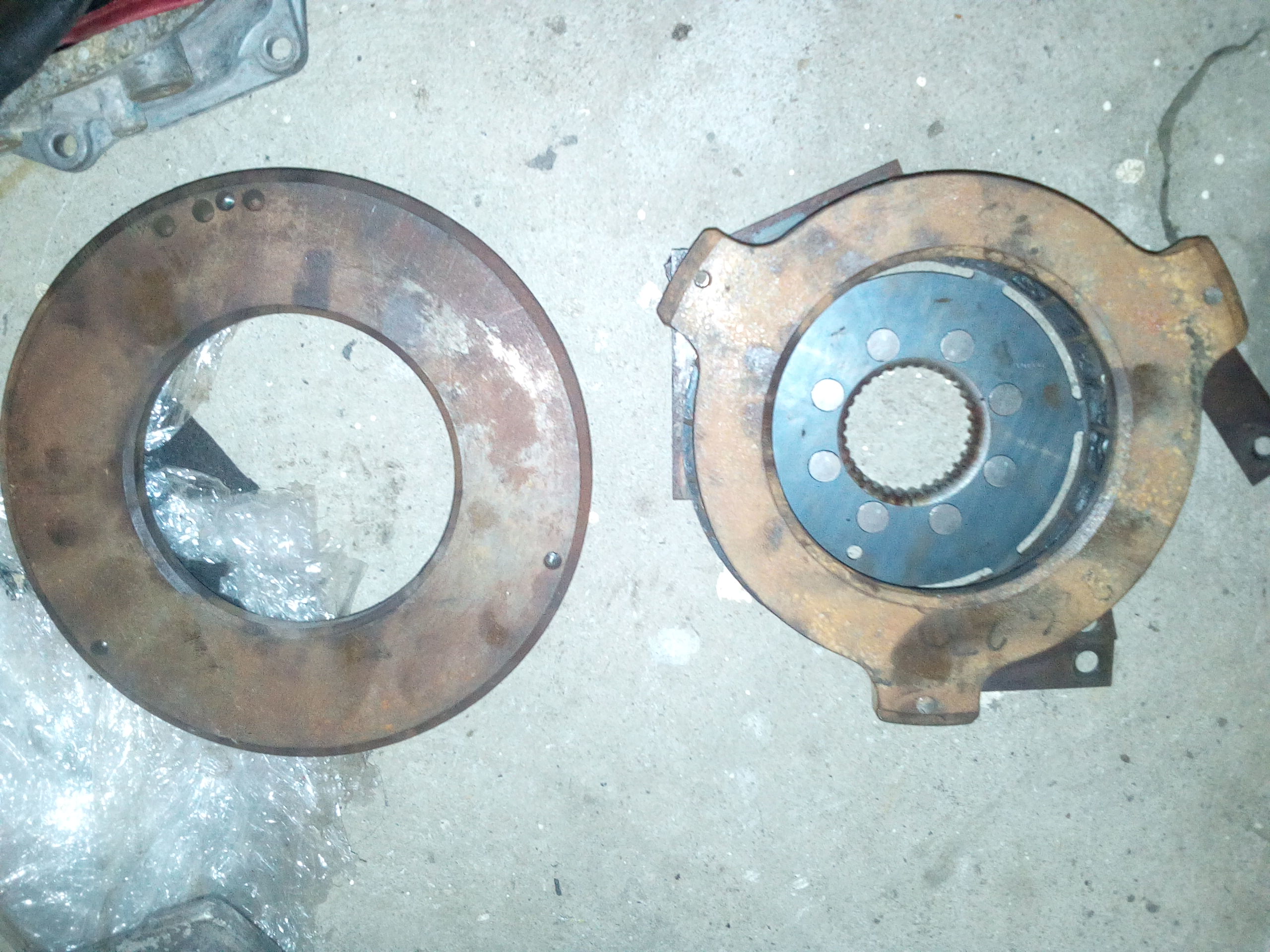 As well as this I observed some holes drilled into the backing plate as well.   Again can anyone tell me if they could be signs of balancing?

The cluster of holes drilled in the backing plate will more than likely be for balancing - but you'll need all the components you use (crank, damper & flywheel) checked individually for balance and balanced together ideally.

Would the lightened backing plate be right to be used? To me it looks like the outer surface has been cut away.

That looks like a great backing plate, there should be a mark on one leg to like it up to the flywheel to maintain the balance of the assembly.

Thanks Bat.   I was wondering after I took the backing plate and flywheel off my engine how to put it back together so that the balance was not affected. 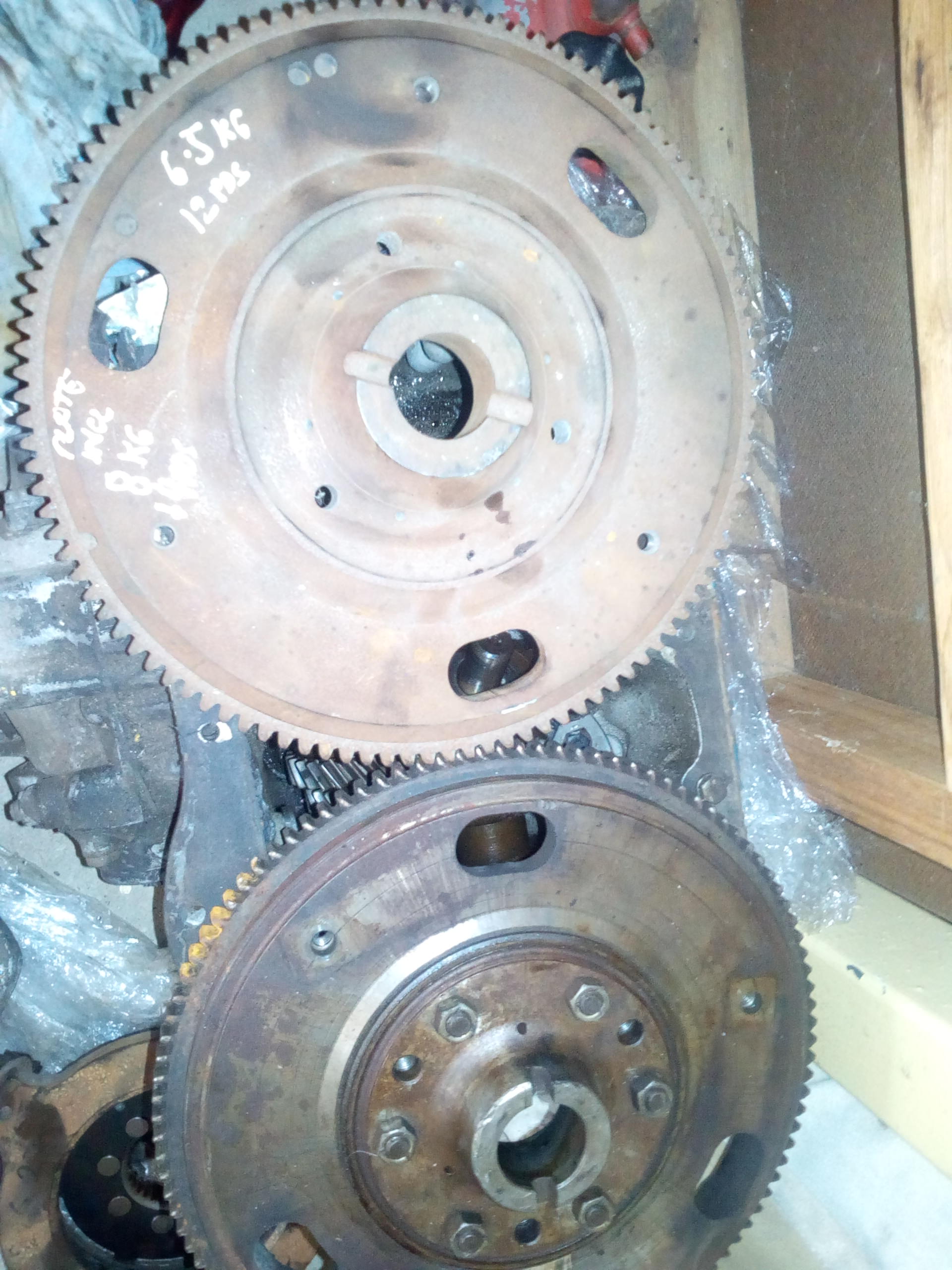 The 2 piece one is just earlier, they should interchange ok, only different flywheels dimensionally are ones for the very early thin tail cranks. Although later 1300 flywheels are very heavy with a ring around the outside.

Thanks Daz. The top one is a lightened one I bought with the backing plate. I hoping that the smaller amount of weight with a more modern cam should liven the engine up a little. Plus hoping that the head in the picture posted earlier should flow a lot better.

Box of goodies arrived today for the mini.   Now I just need the time to start putting the front and rear subframes together and finish off my rotissorie. 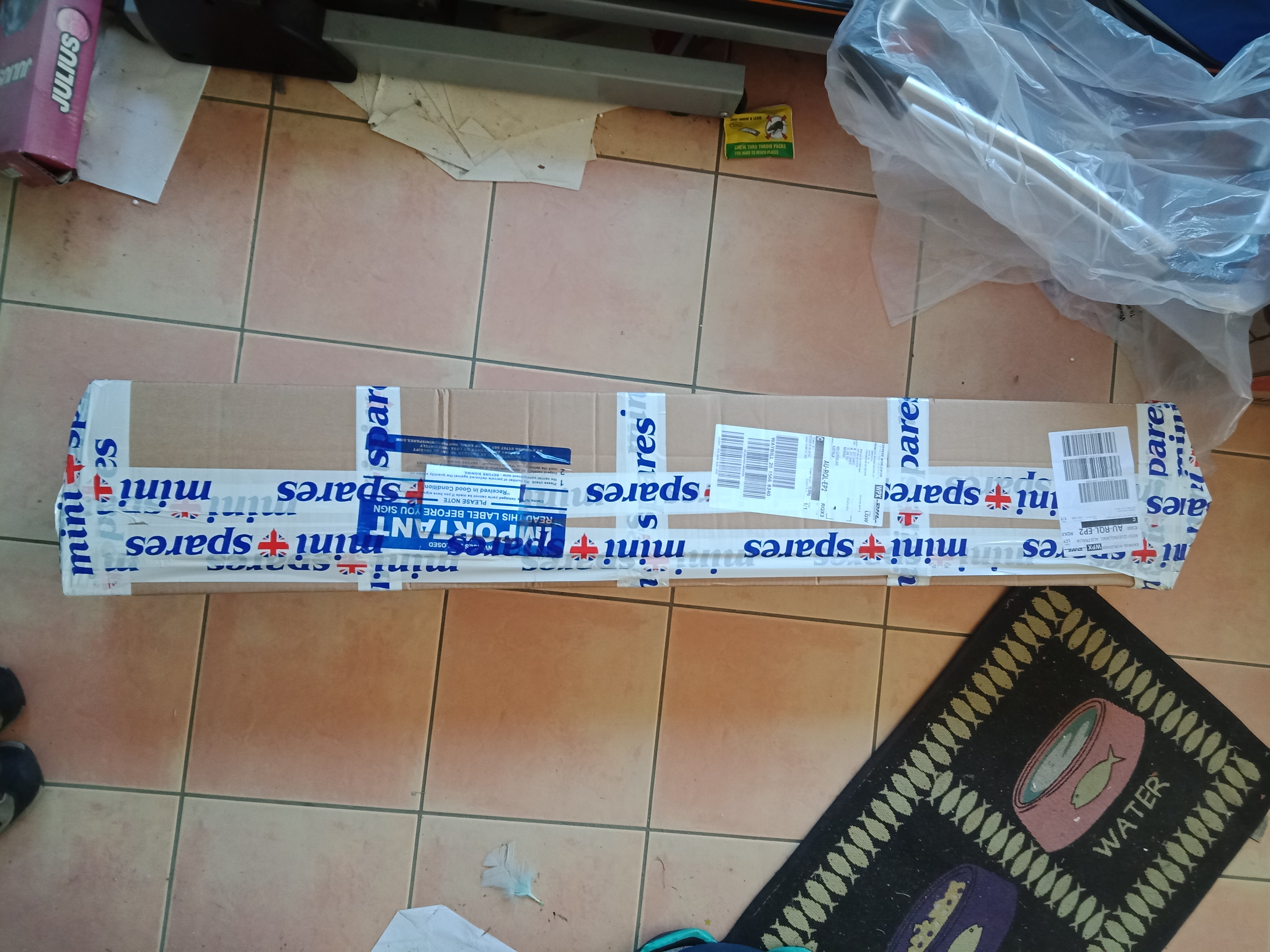