129 replies to this topic

a little more progress made over the weekend

gear shifter back together again - special mention to deathrow for his timely post on where the little plastic collar goes.

i got both the bushes replaced, and as the selector shaft was badly worn on the shifter end i just reversed it 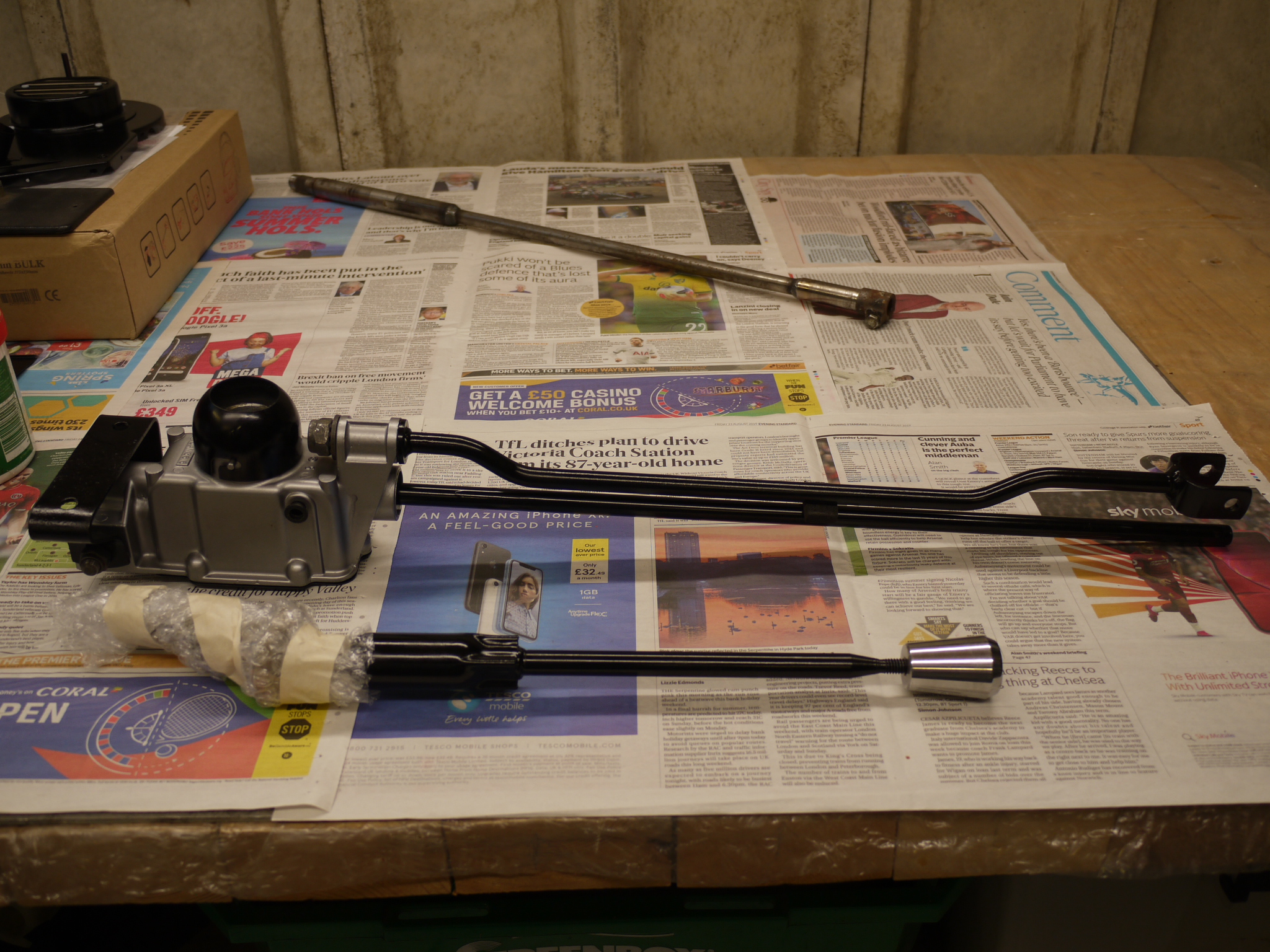 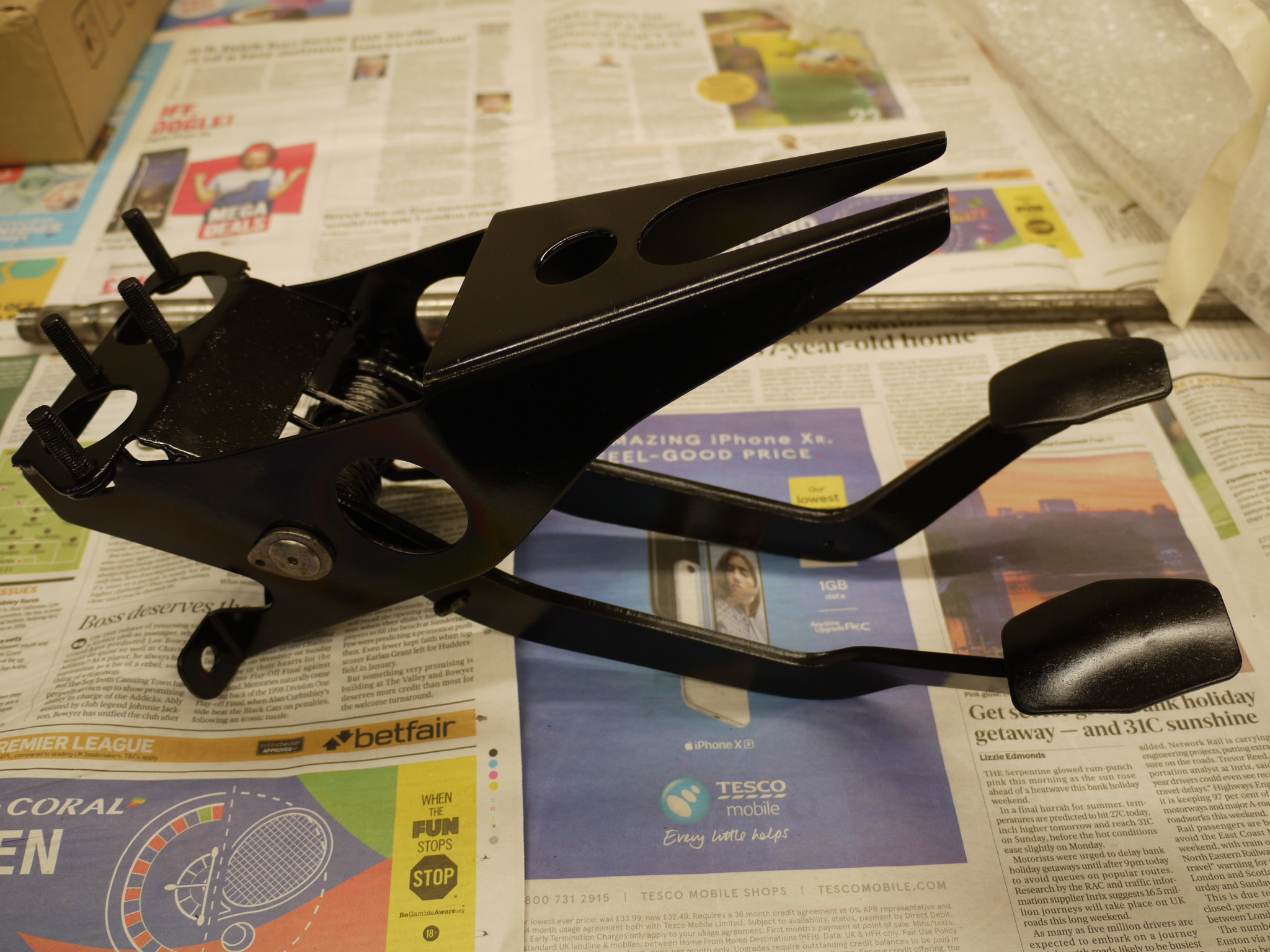 heater assembly is proving to be a bit more problematic;  i thought i had some self adhesive foam tape to replace the foam backing on the diverter(?) plate, but can't seem to find it, so i'll need to get hold of some more before i can finish that off 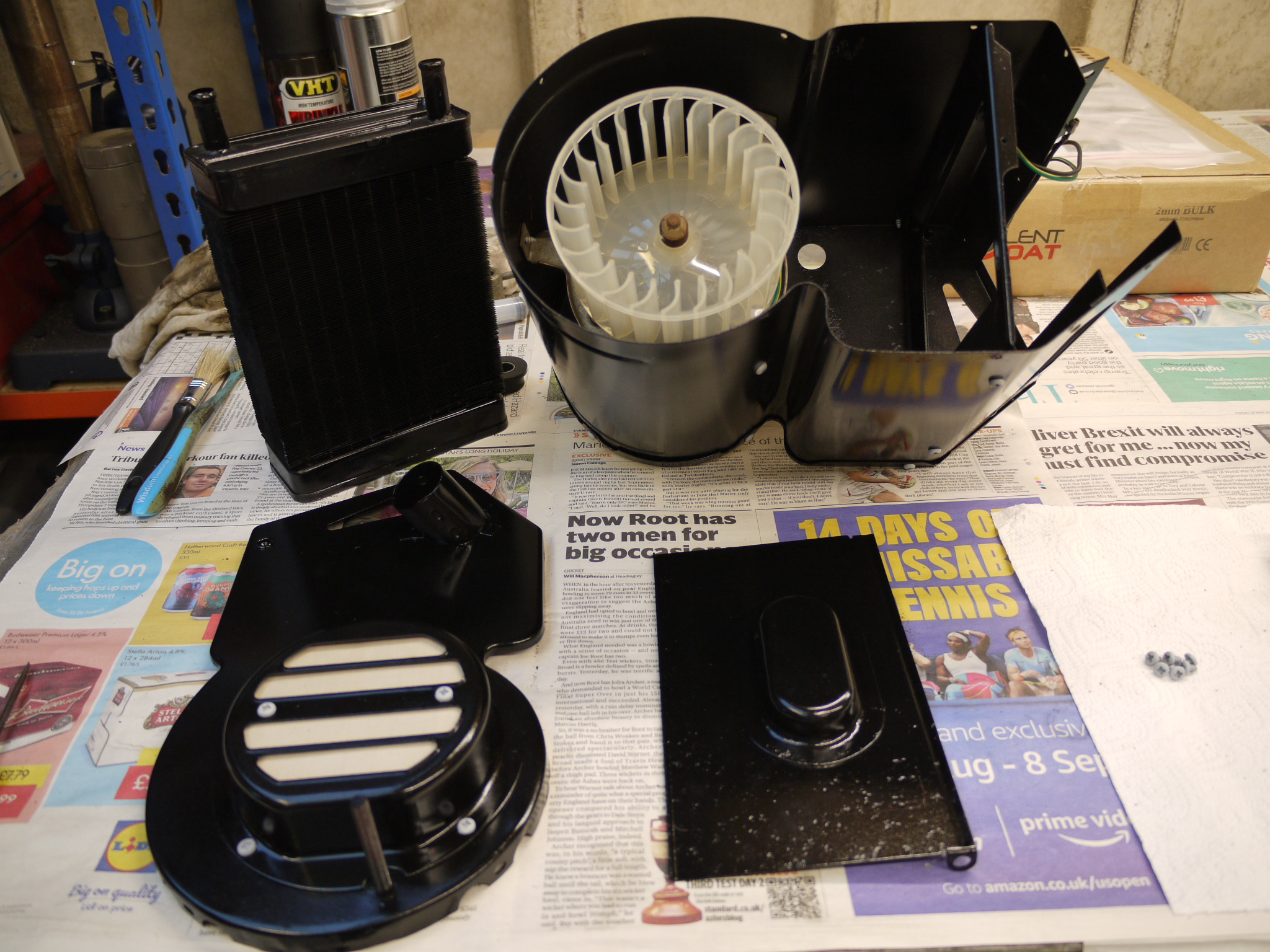 next major job looks like it's going to be tackling the rear loom; as well as refurbing it i want to incorporate earth returns into the loom, extend the brake light circuit to include a high level brake light on the rear screen and add a circuit for a fuel pump

Another job i don't want to put off for too long is getting some corrosion protection on the shell;  i'm hoping a combination of Dinitrol ML and 3125HS will do the job

not much of an update as I haven't had a great deal of time to myself recently, but did manage to strip down the rear loom and inspect 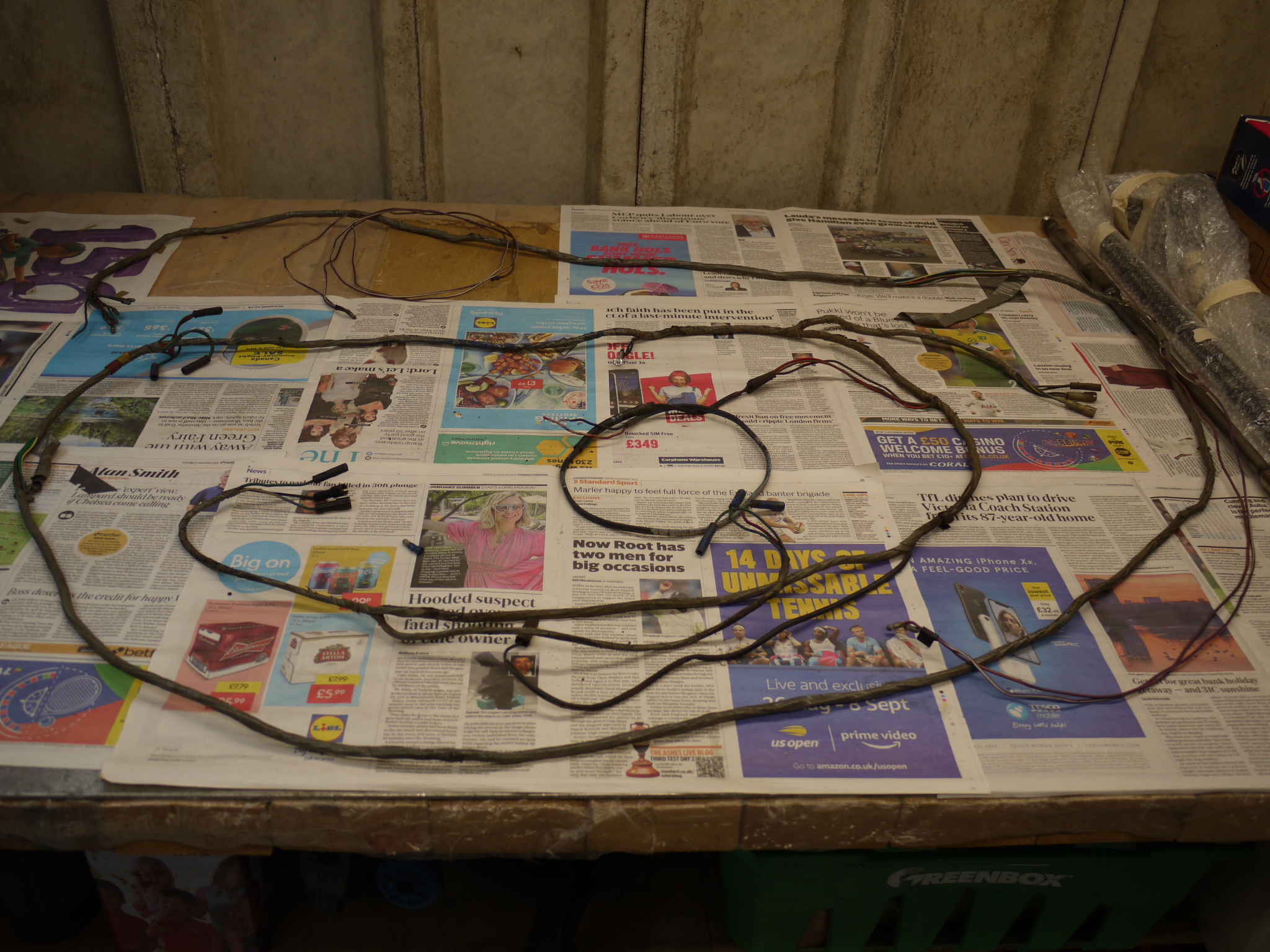 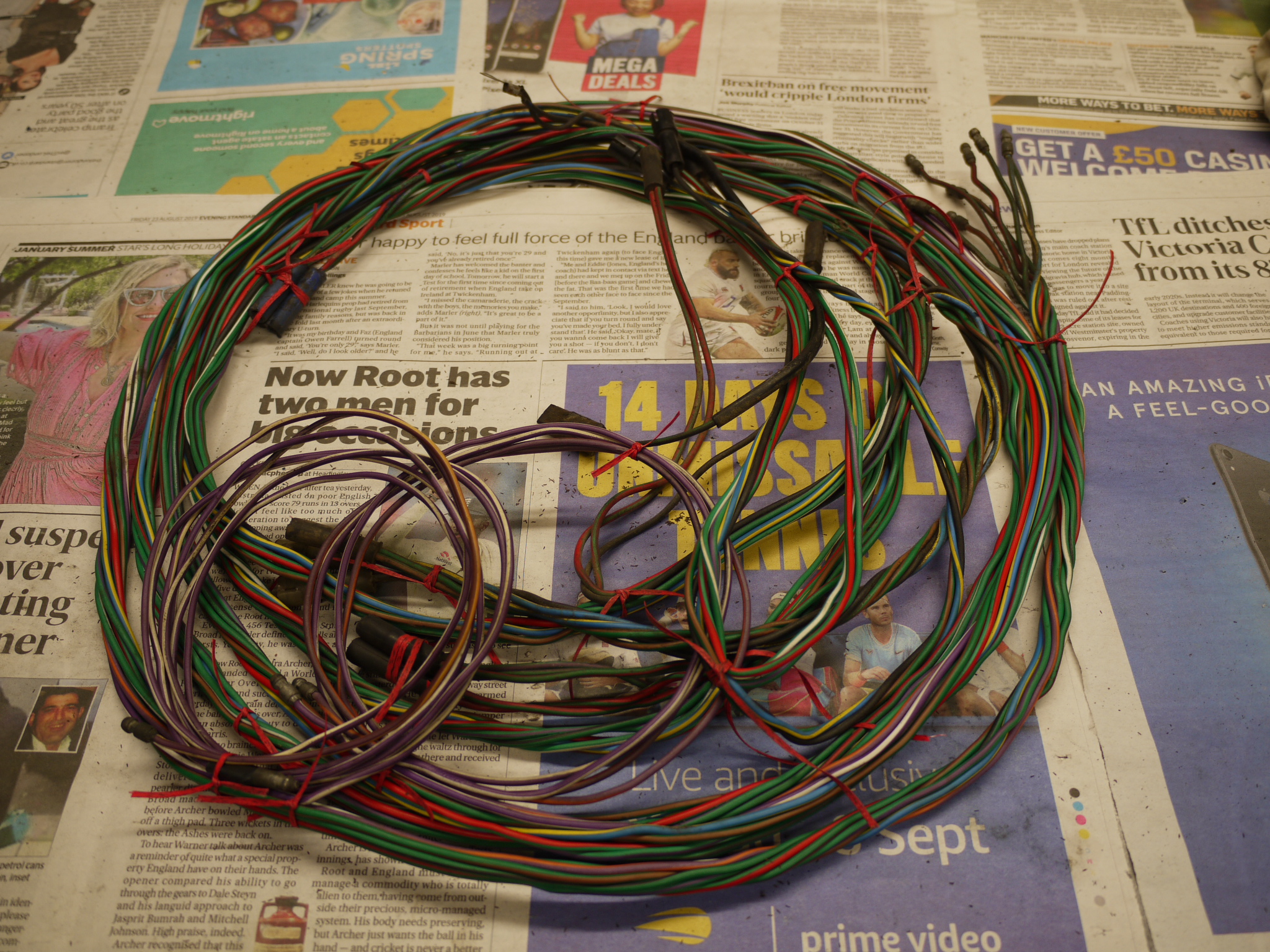 surprisingly, it's not too bad;  there's a couple of wires that will need new sections letting in where they've chafed on one of the retaining tabs, and the bullet connectors at the front end will need to be re-done.  Haven't yet done any resistance or continuity checks, but happy that it hasn't been hacked about and looks to be a pretty straightforward job to bring it up to a serviceable standard.

after giving the rear loom a good clean with soapy water and a scrubbing brush and scraping off the blue overspray from a previous repaint, it was time to repair the wires that were damaged 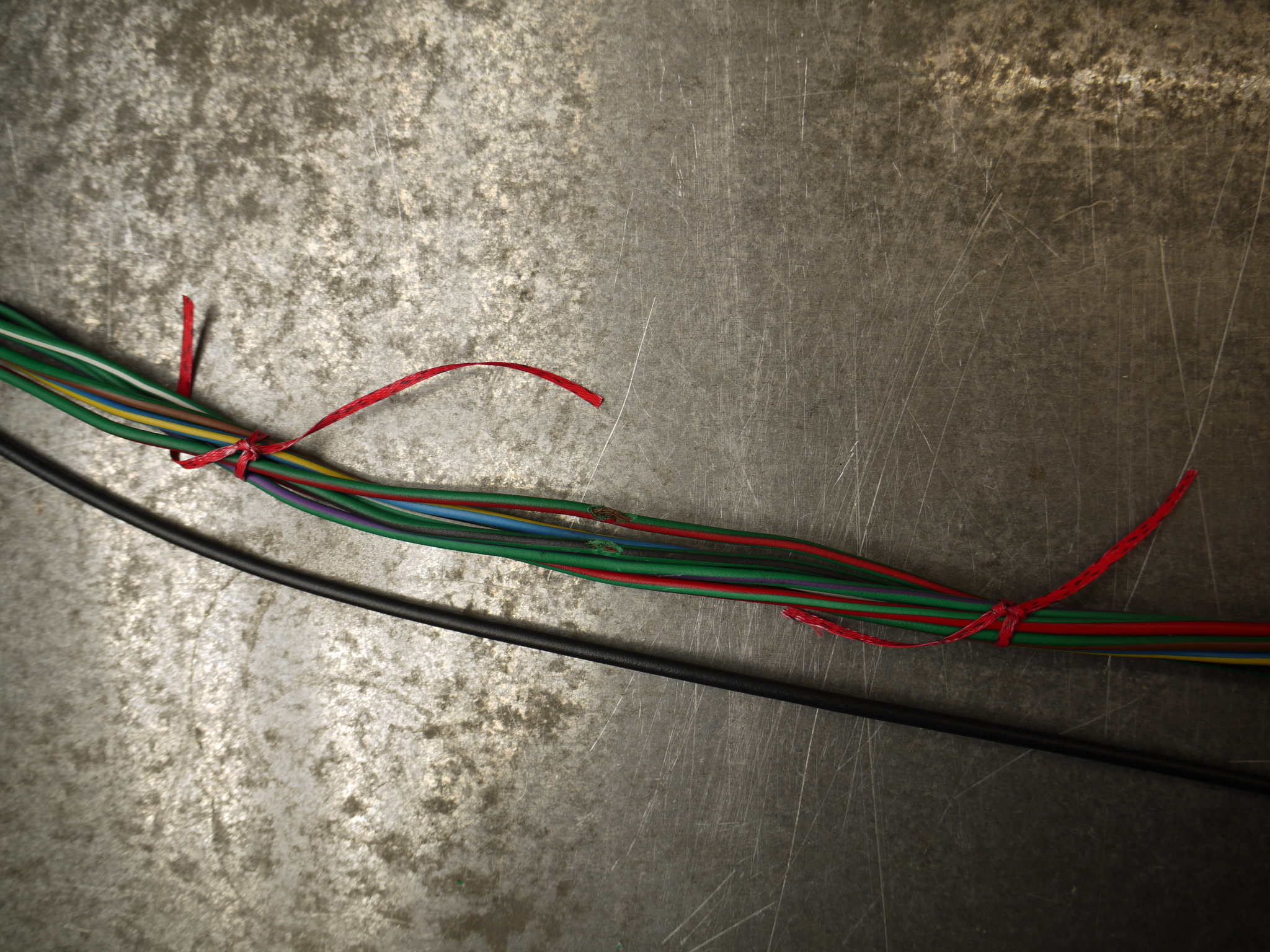 ..cut back the damaged section to clean wire and splice it back together, of course making sure that the colour traces are correctly aligned.. 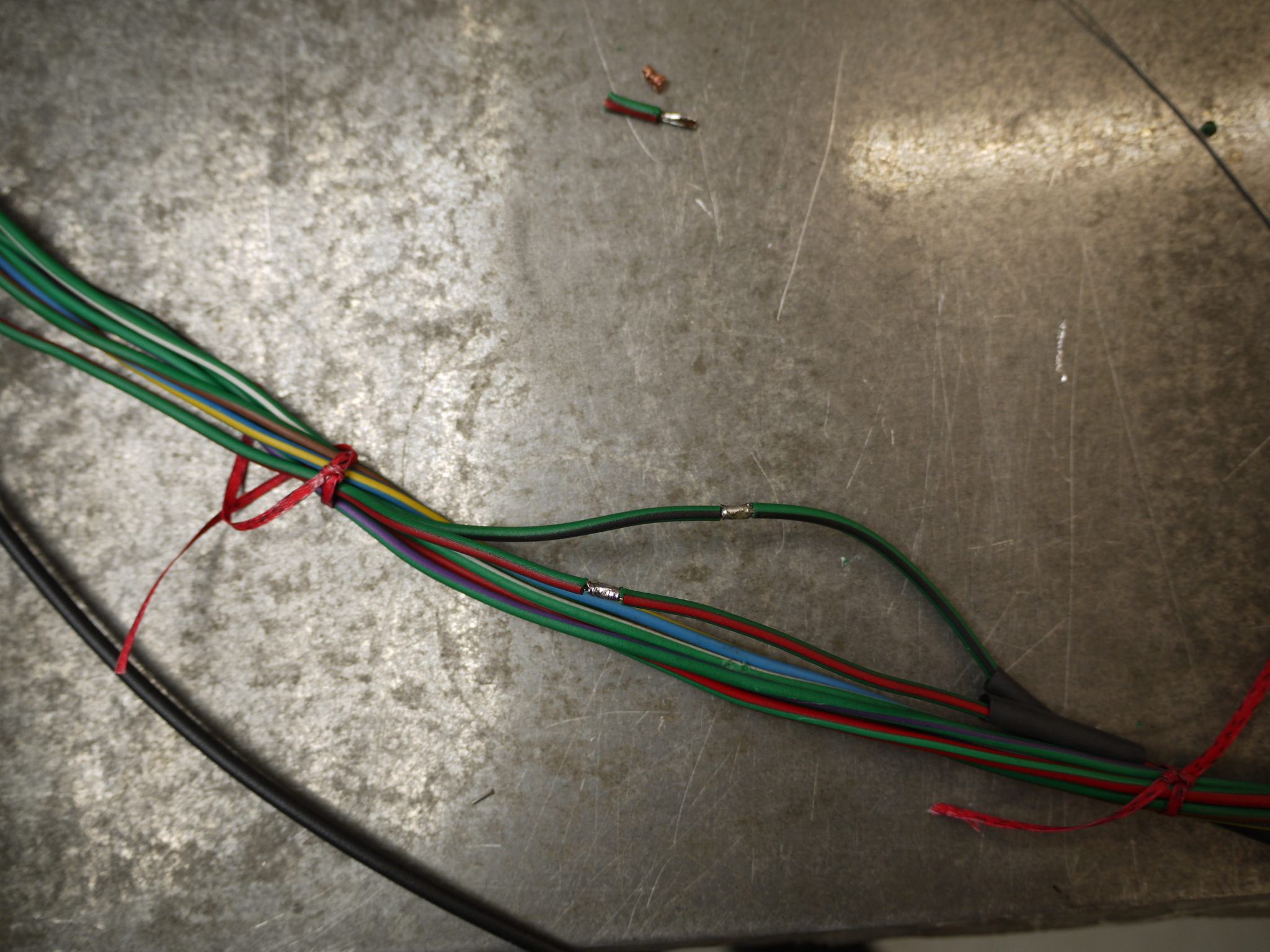 ..and heatshrink the repair to finish 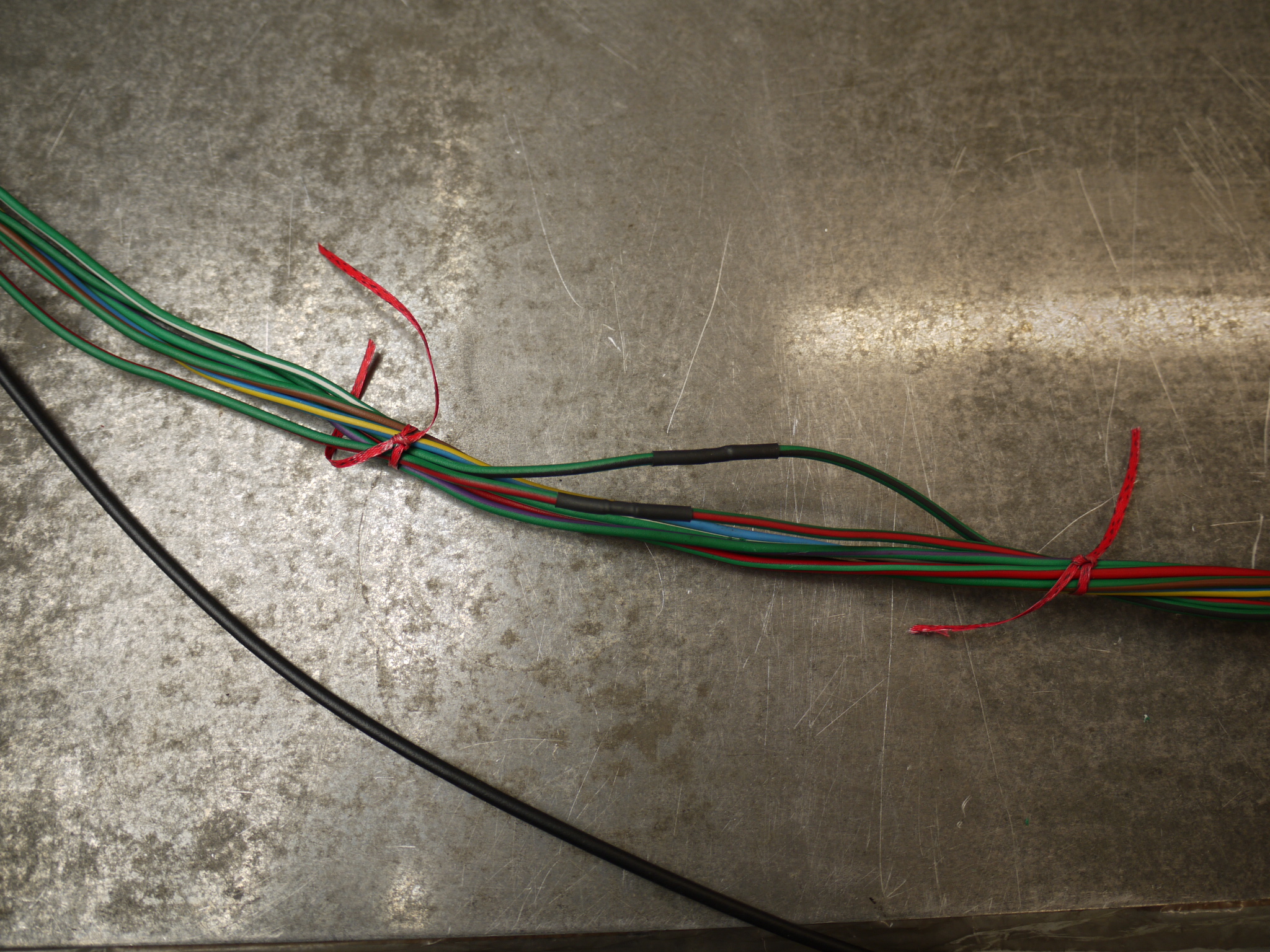 After many hours of fighting tangled and twisted wires, i've managed to incorporate an earth lead into the rear loom and add dedicated earths for each light cluster, fuel tank sender plus install an earth cable for a fuel pump that'll go on the subframe.  unfortunately the cable i was going to use for the fuel pump +ve was about a foot too short, so i'll have to order some in. 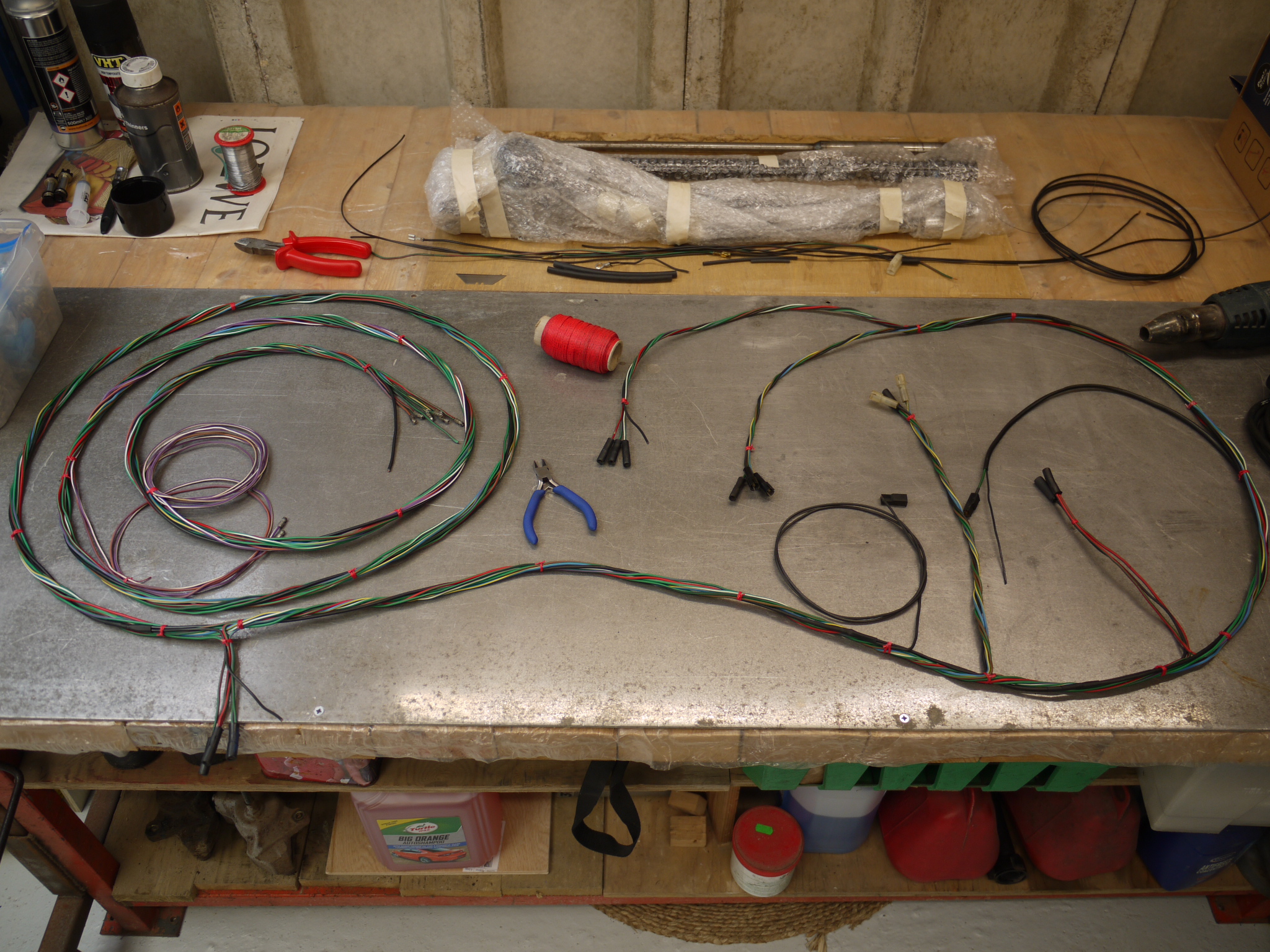 to get the loom in, the fuel tank has got to come out, and to make life a little easier, i dropped the rear subframe with the help of a dolly i'd made when stripping the car down prior to its rebuild 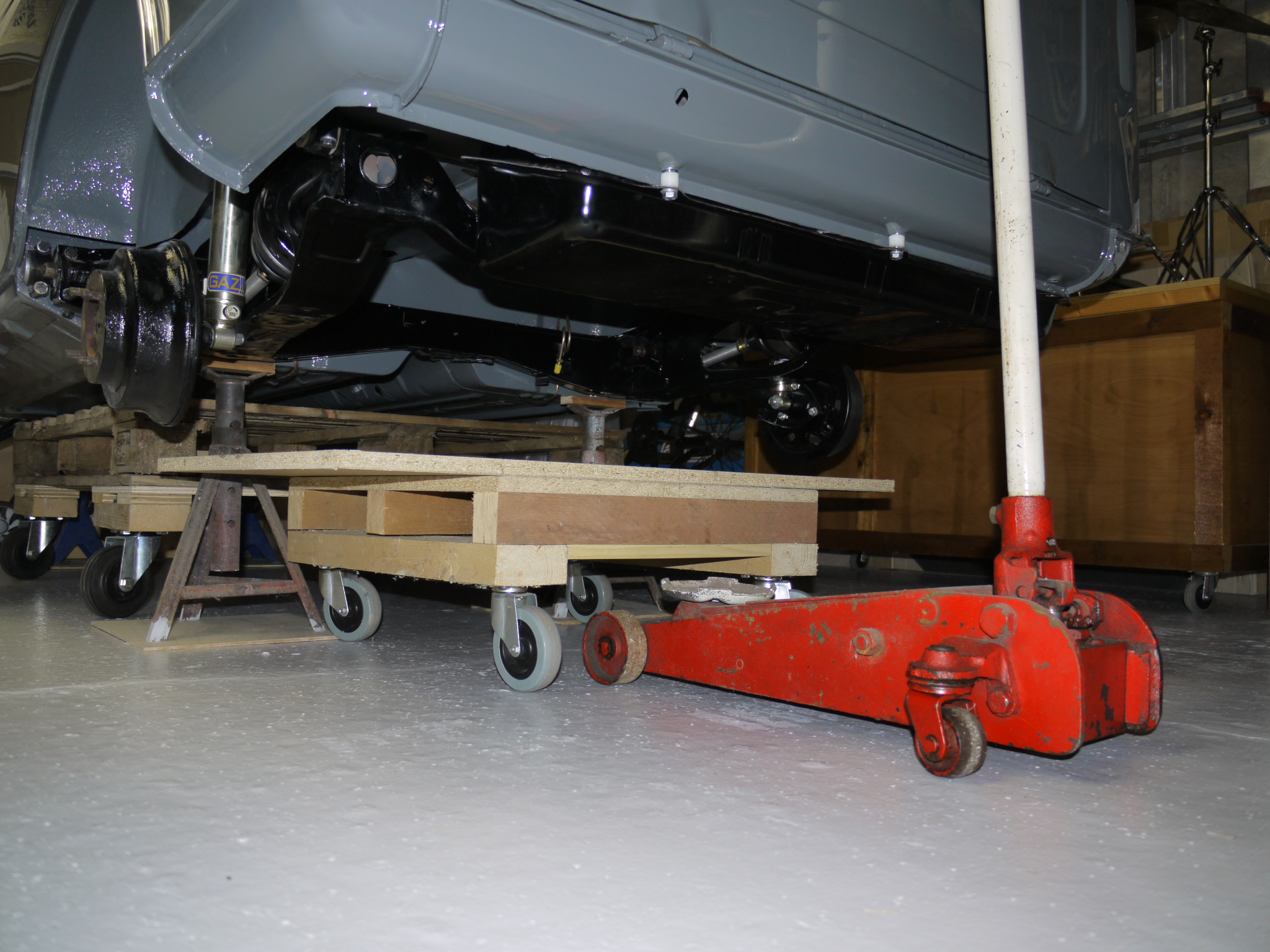 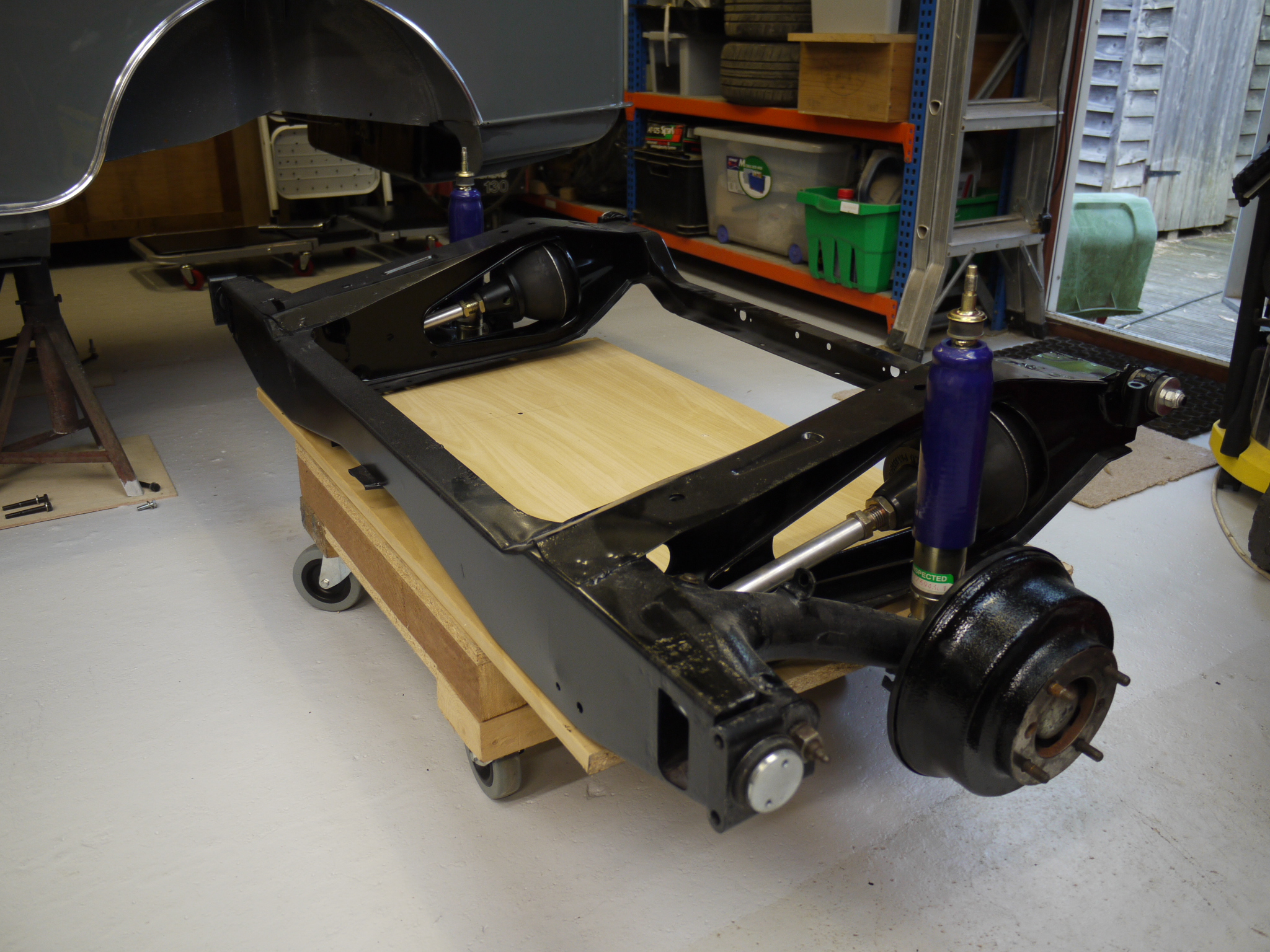 the cabling i needed for the fuel pump (..as well as some additional for a high level brake light..) came through late last week, so they were incorporated into the loom and the whole thing trial fitted to make sure the fuel pump spur was located roughly in the right place

still a few bits to do; replace the bullets at the feed end, split out the door switch terminals and incorporate diodes into each, and get hold of some sleeving for the fuel pump spur, but the loom is ready to be fitted now 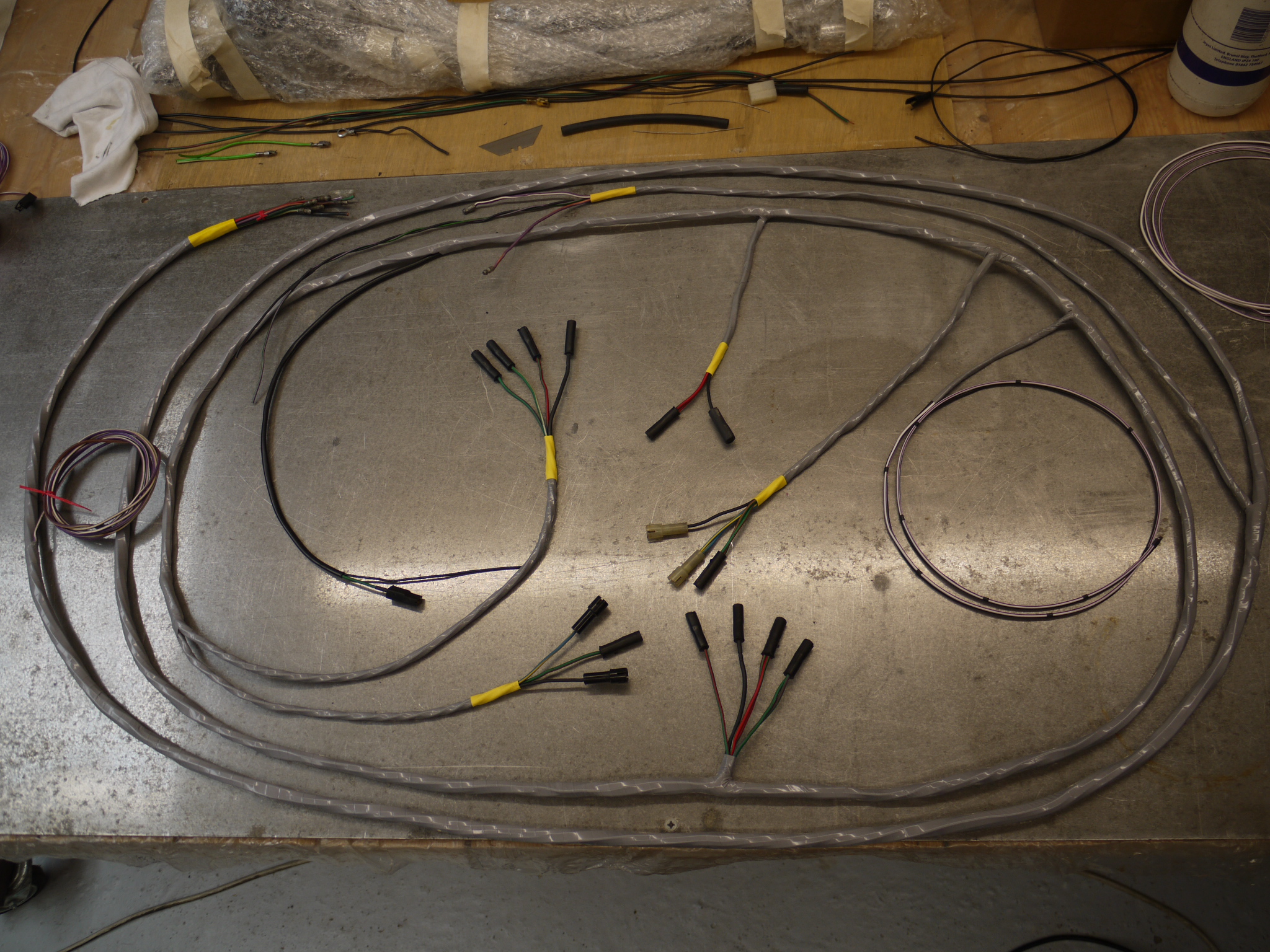 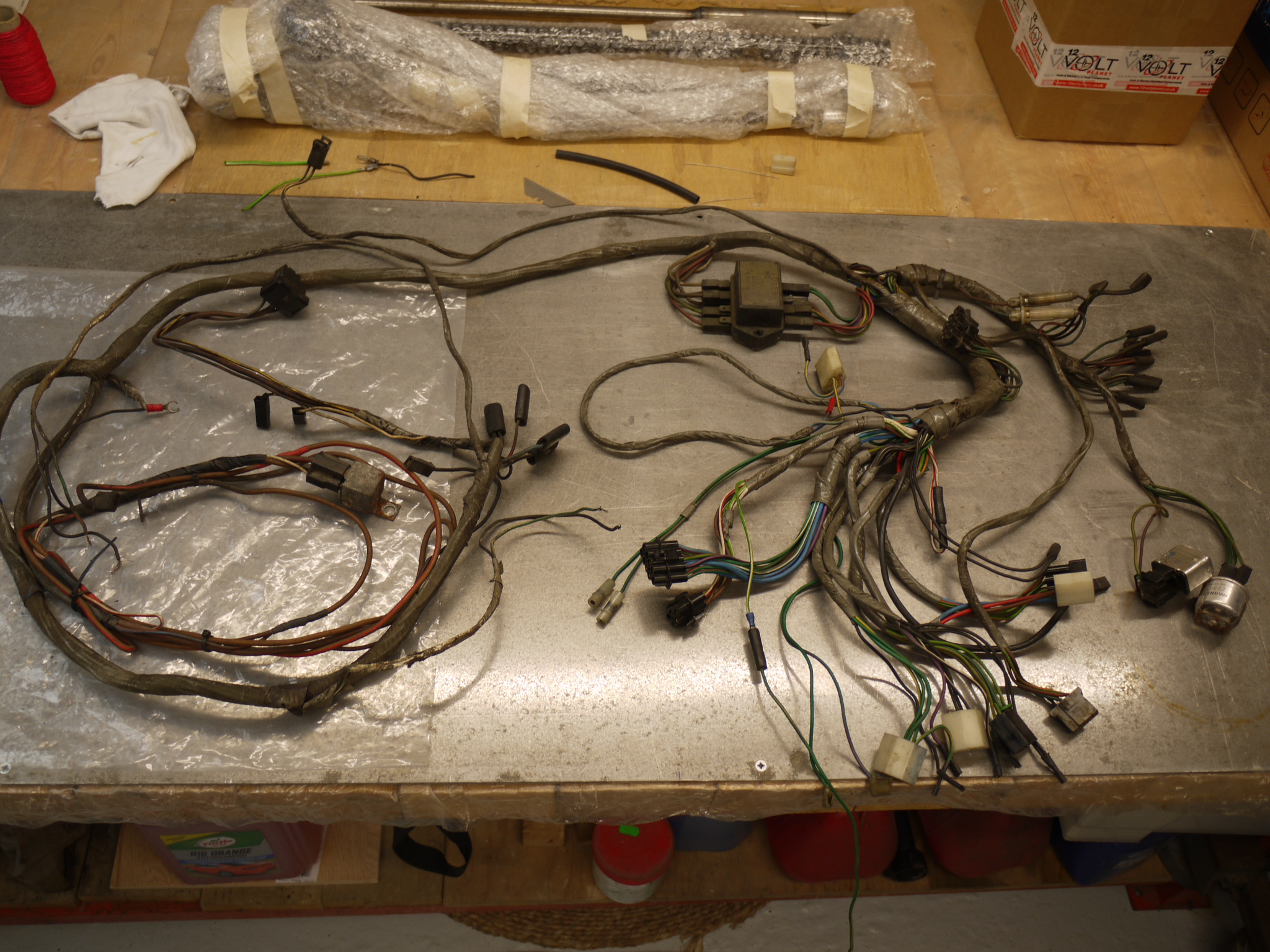 the last month has been spent faffing about with preparations for the front loom overhaul to include additional fuses, relays, cooling fan harness and additional wiring the existing loom doesn't include (..temperature sensor, tacho feed etc) as well as re-routing it internally.

first step (..and mistake, as it happens..) was to take the fuse and relay board i saved from our old Metro GTA before scrapping it in 2000, strip the connectors out and then cut down the fuse board to 18 slots rather than 27, as that was all i needed. i thought 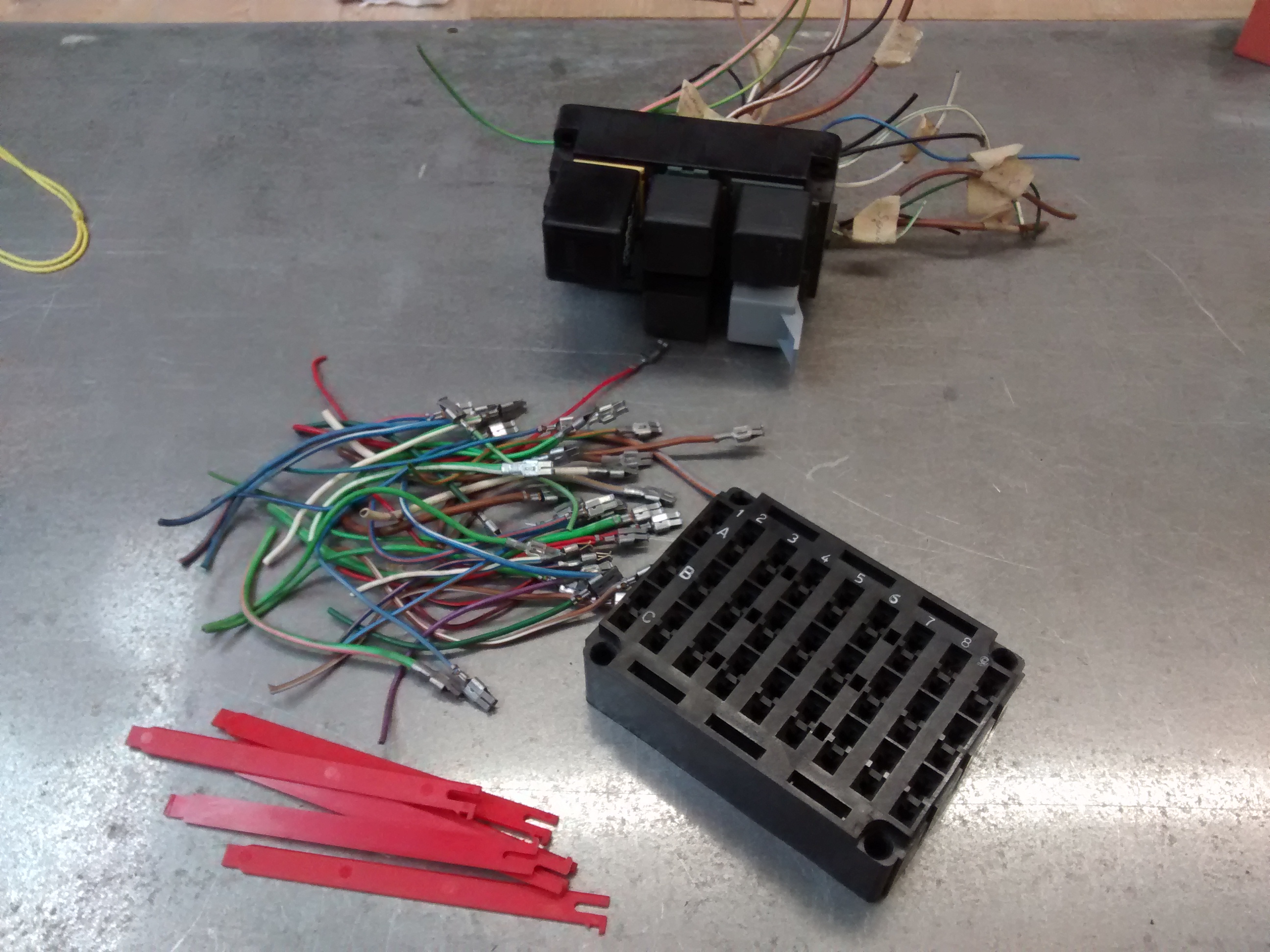 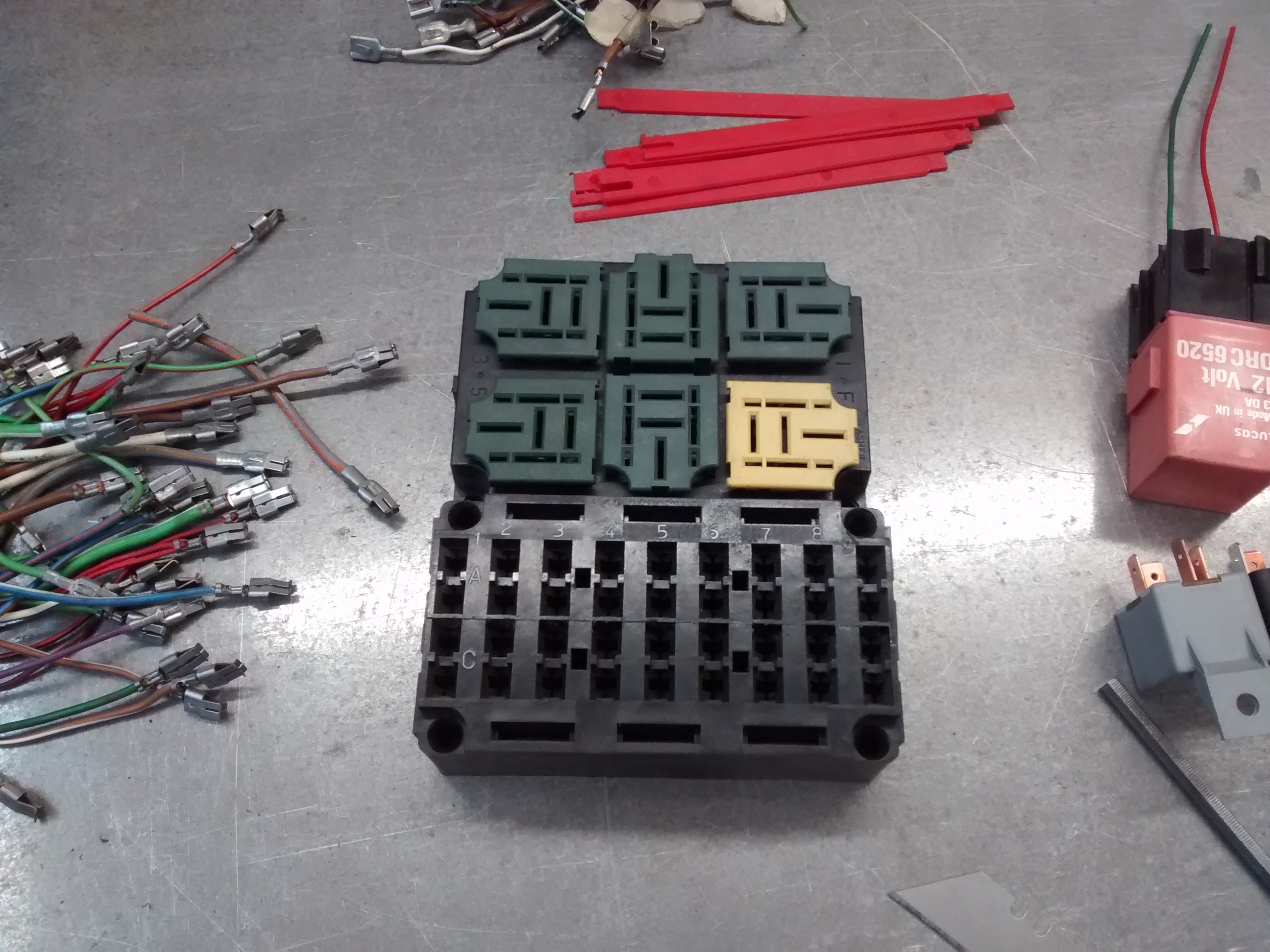 after many many many hours of head scratching finally settled on siting the fuse and relays under the passenger dash on a hinged assembly so it's hidden, but accessible 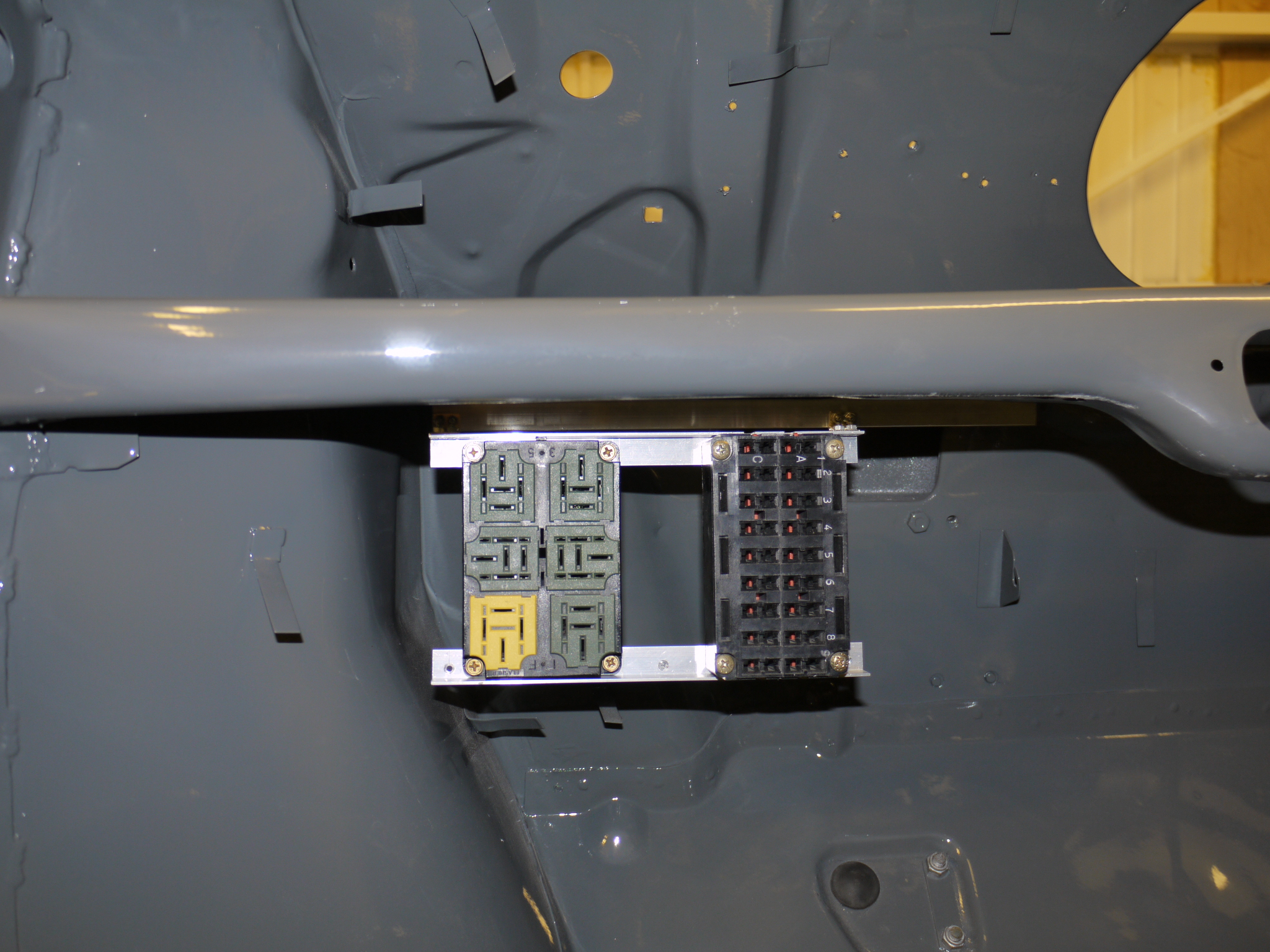 having done that and feeling quite pleased with myself i sat down with the haynes manual to plan out all the wiring changes i wanted to do and start ordering all the bits i need - wasn't too long after that i realised i hadn't factored in fusing the relays that were being added so was short of a number of fuses.  i did consider using relays with integral fuses but they're pretty bulky as well as being more expensive and limited in choice.

fortunately, as i'd been fairly careful when sectioning out the middle rail of the fuse board, and hadn't binned it, with a bit more modification of the mounting brackets i managed to mount the middle rail to the fuse/relay assembly 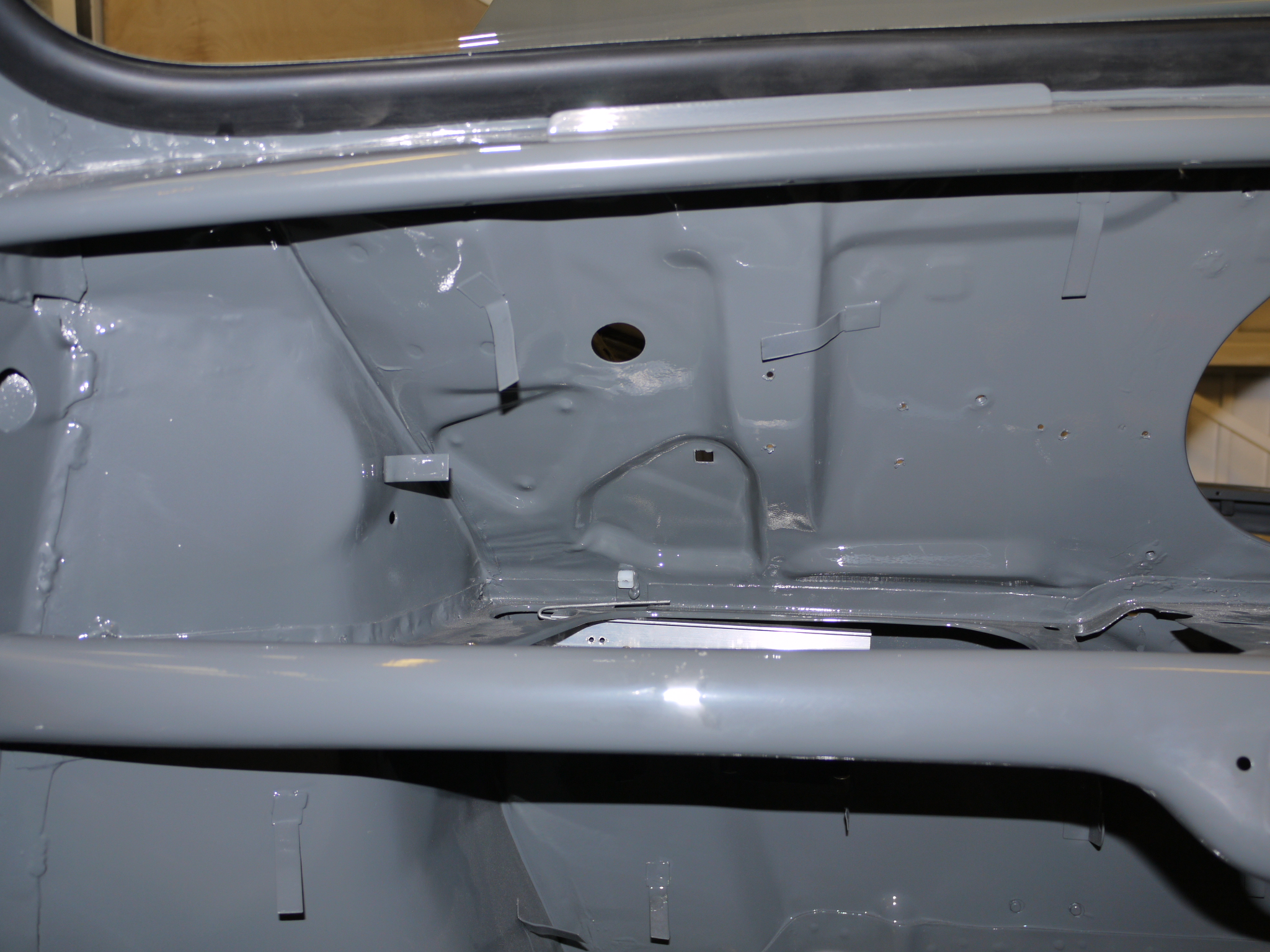 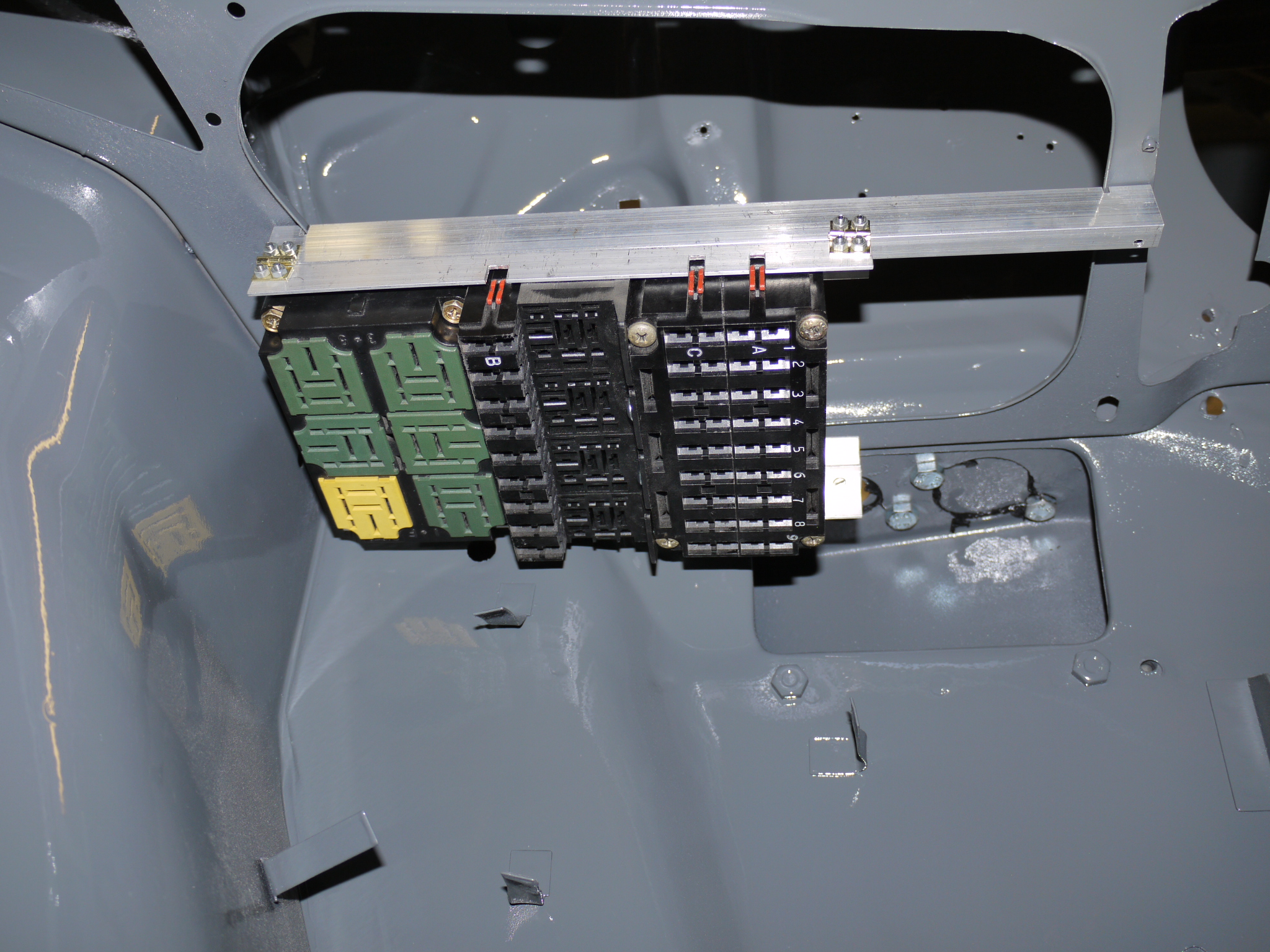 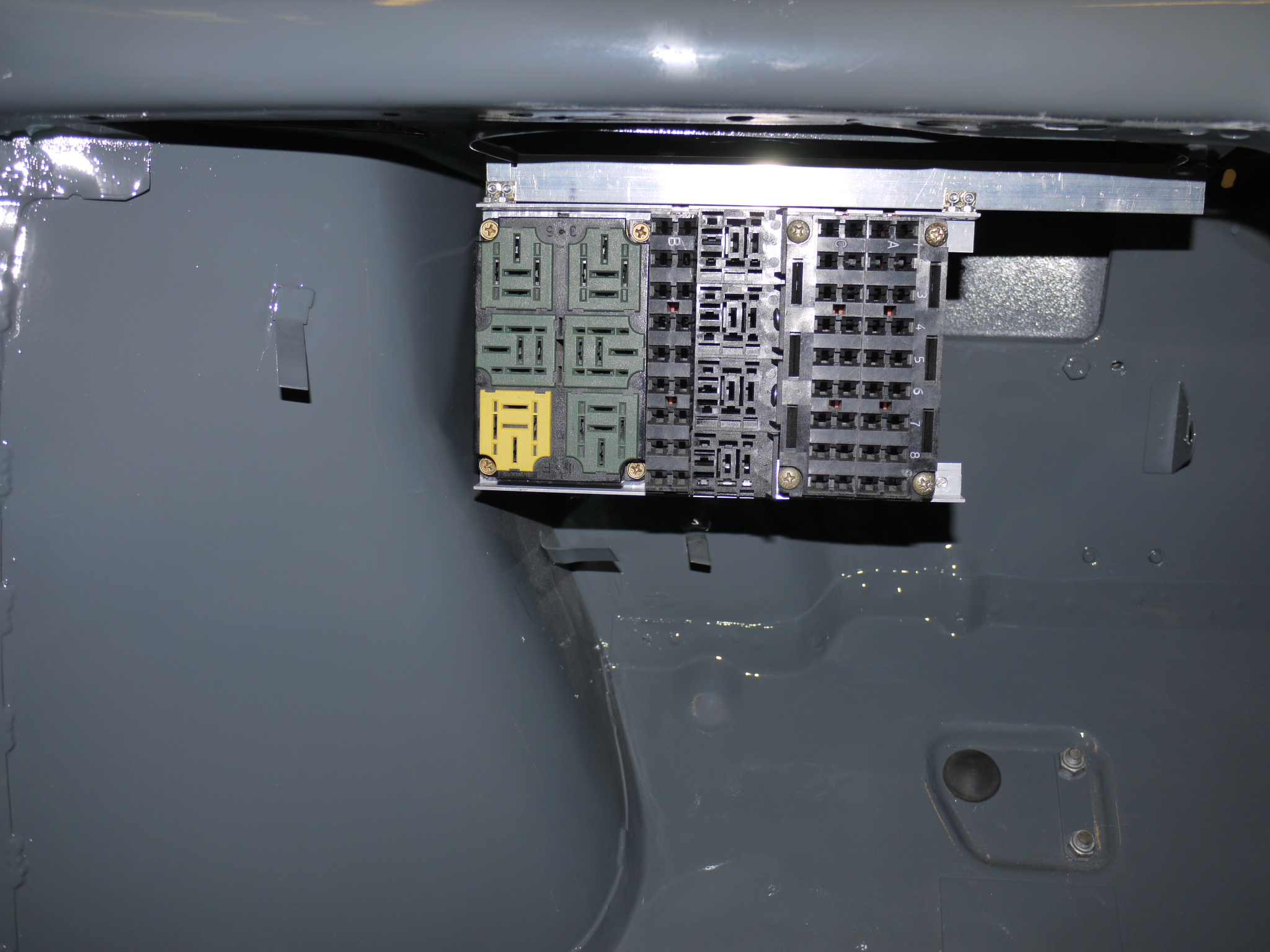 ready to go :  first step is to sort out all the interlinks between fuses and relays whilst it's on the bench, then it'll be a case of fitting what's left of the loom into the car and adapting it in-situ 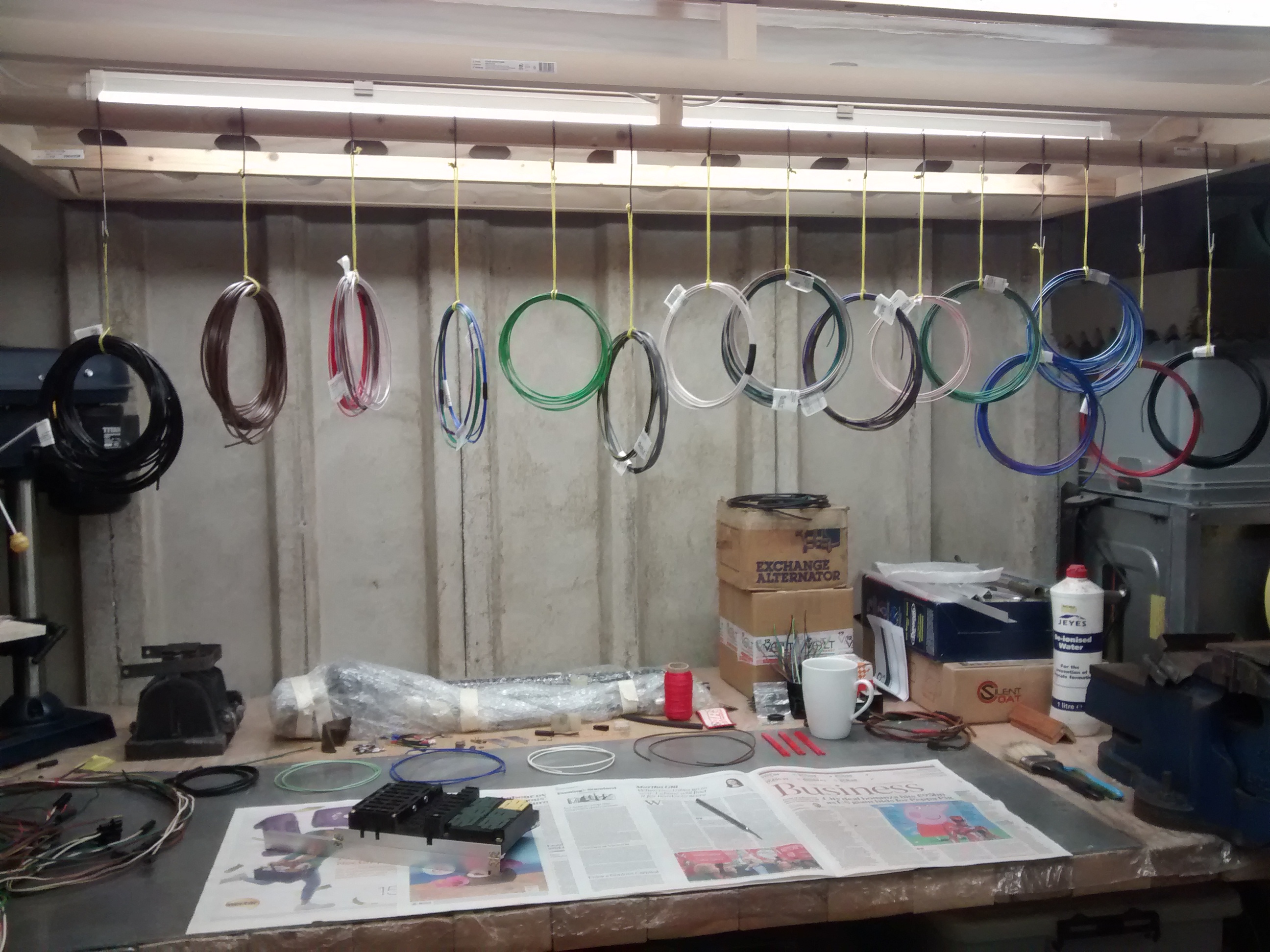 cheers !  hopefully it'll all work when it's done

after a bit of a fight with the bulkhead bolts, managed to get the pedal box and steering column back in the car; new bushes both ends of the steering column take all the play out of it, but also make it a lot harder to turn, but i'm sure they'll bed in pretty fast.

couldn't figure out why the cowling wouldn't fit properly on the column and took a while to figure out the ignition/steering lock wasn't seated correctly.  once that was fixed it all went back together nicely.  DSN drop bracket and the refurbed steering wheel finished it all off nicely 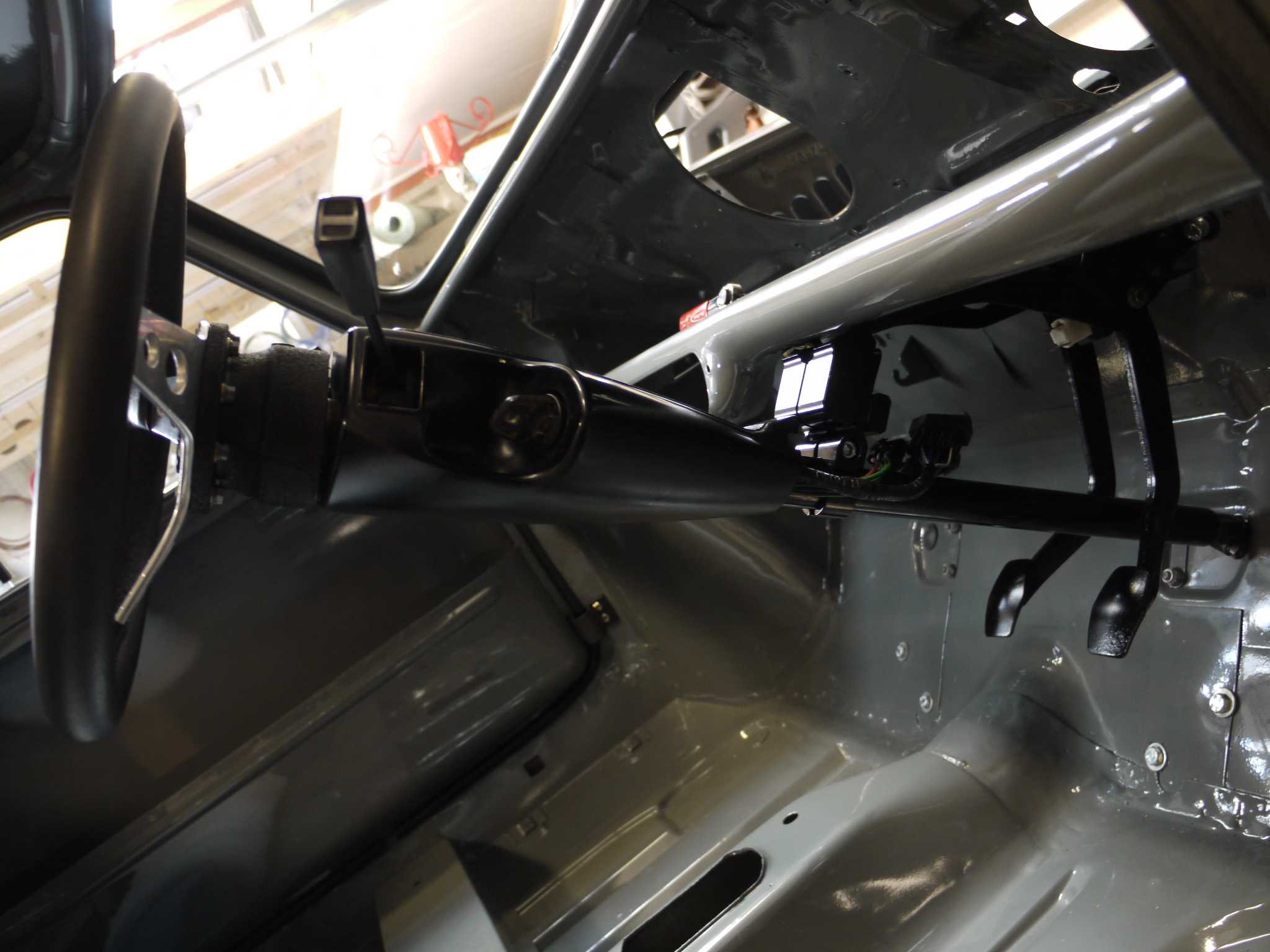 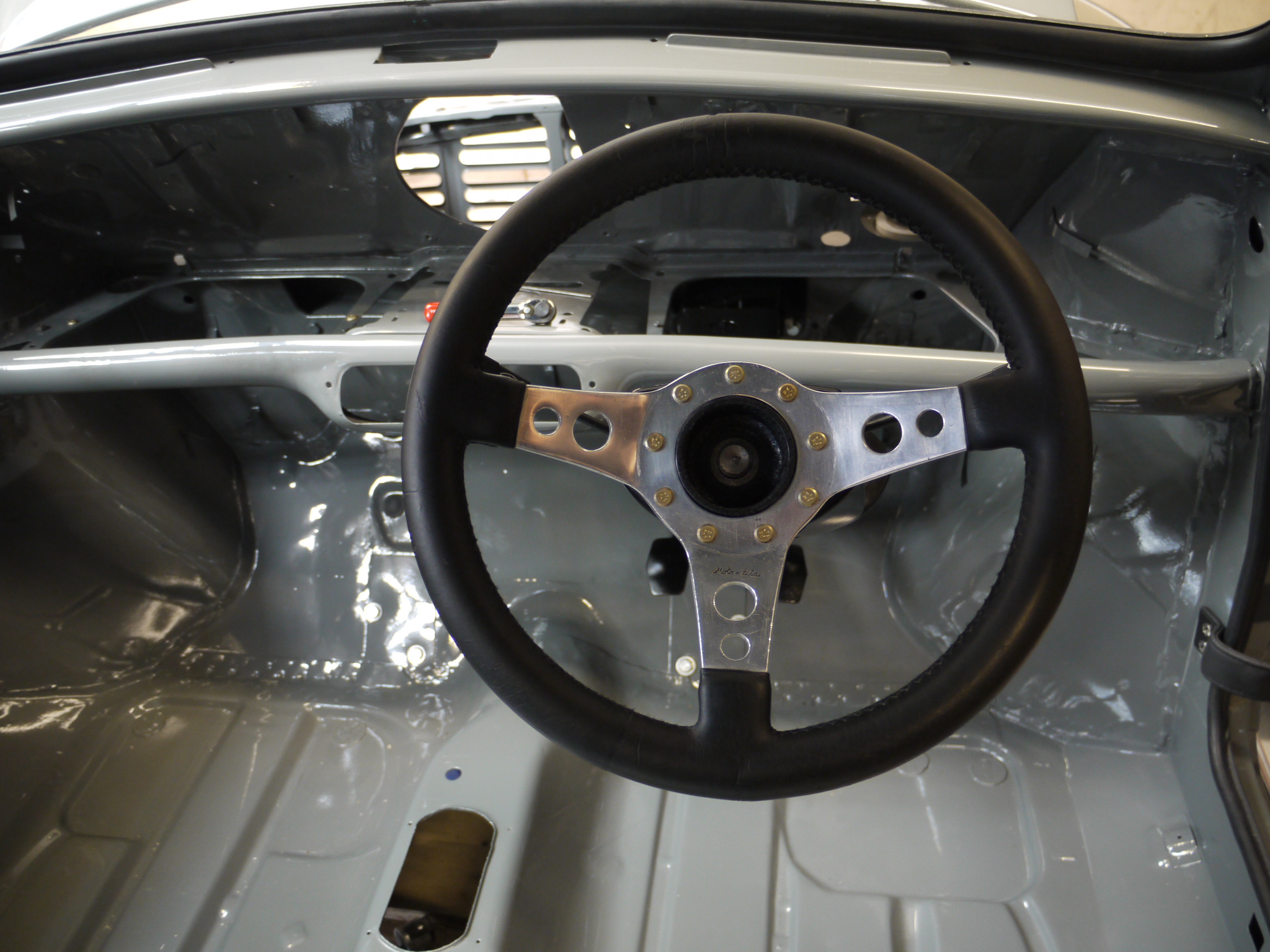 ..still plugging away; fuse and relay interlinks and relay earths done, so now it needs to go back into the car for the loom connections to be sorted out 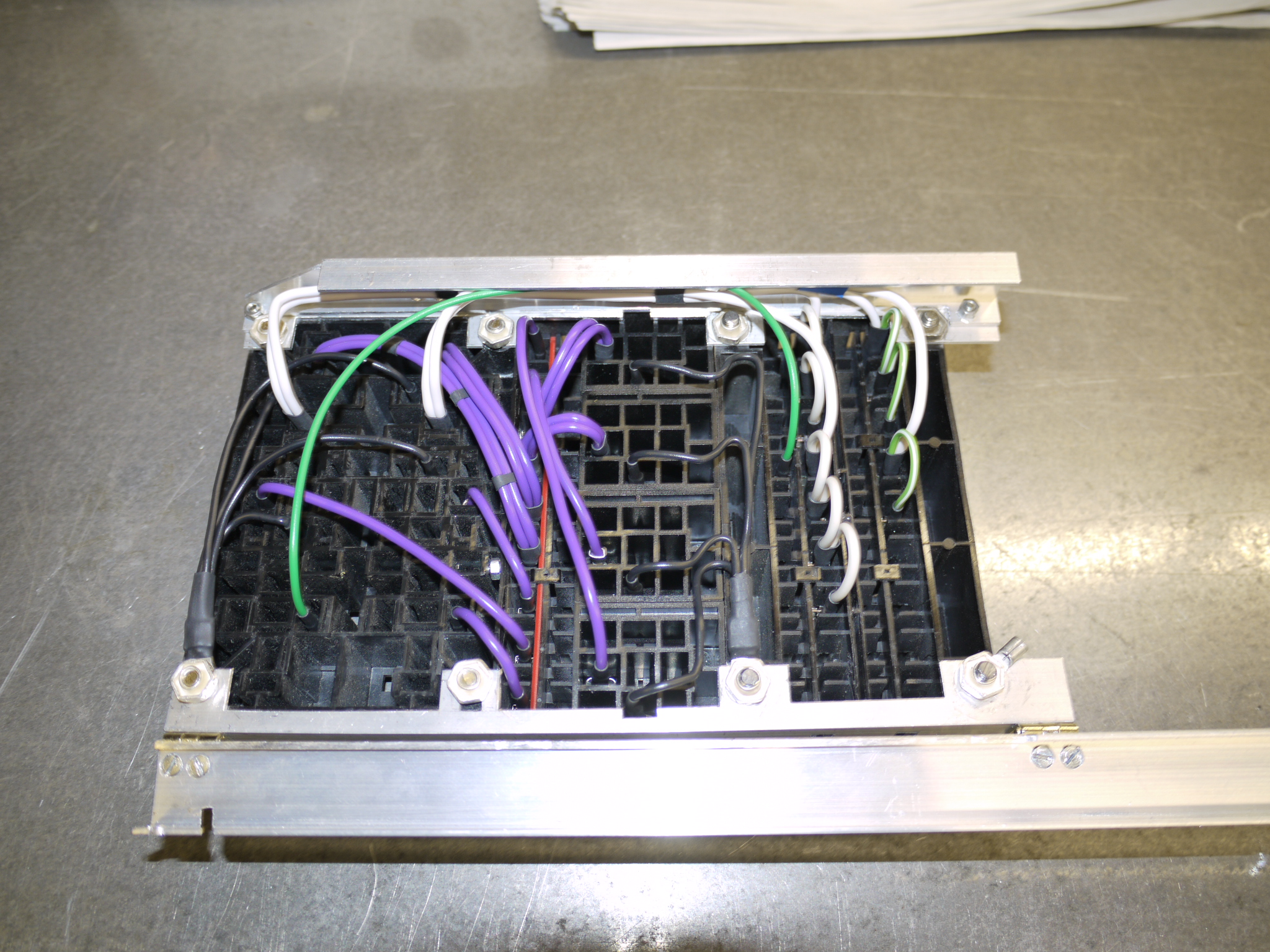 ..before i do that i better dig out my copy of Roger's Profanasaurus.  think i might be needing it...

The cars looking fantastic! Excellent work on the loom and fuse box looks so tidy. Judging by the craftsmanship that was put in to the shell and now the work you’re putting in to rebuilding it, it’s going to be superb when it’s finished! 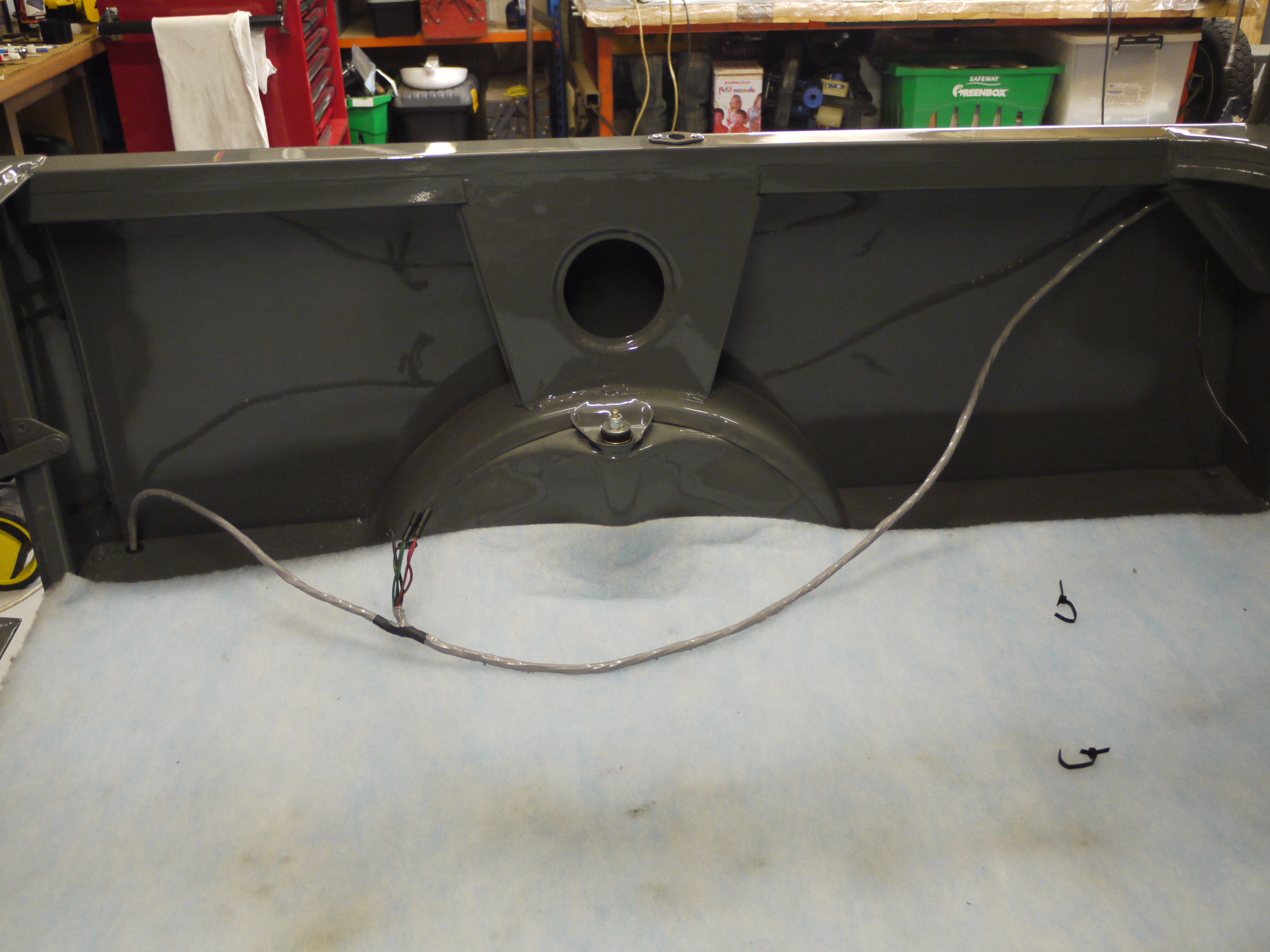 What method do you use to attach the bullet connectors? I've tried drilling the hole in the end out bigger, passing the wire thru and soldering it, then snipping off the excess and also turning the bullet open end up, filling with solder and while it's still liquid putting the wire end in and blowing it till it cools and solidifies - but that's near impossible to do on the car.

I agree, good earth connections are a must - many people don't realize the circuit won't work without a good earth......and you can't rely on getting a good connection just thru the mounting screw, you need bare metal.