Made a bit more progress on this today. Radius arms were finally finished off - fitted with rebuild kits and given a good clean before paint. Also cleaned the paint off the suspension cones and gave them a light polish. Decided to try out the poly knuckle boots from MS and see how they last on this vehicle. 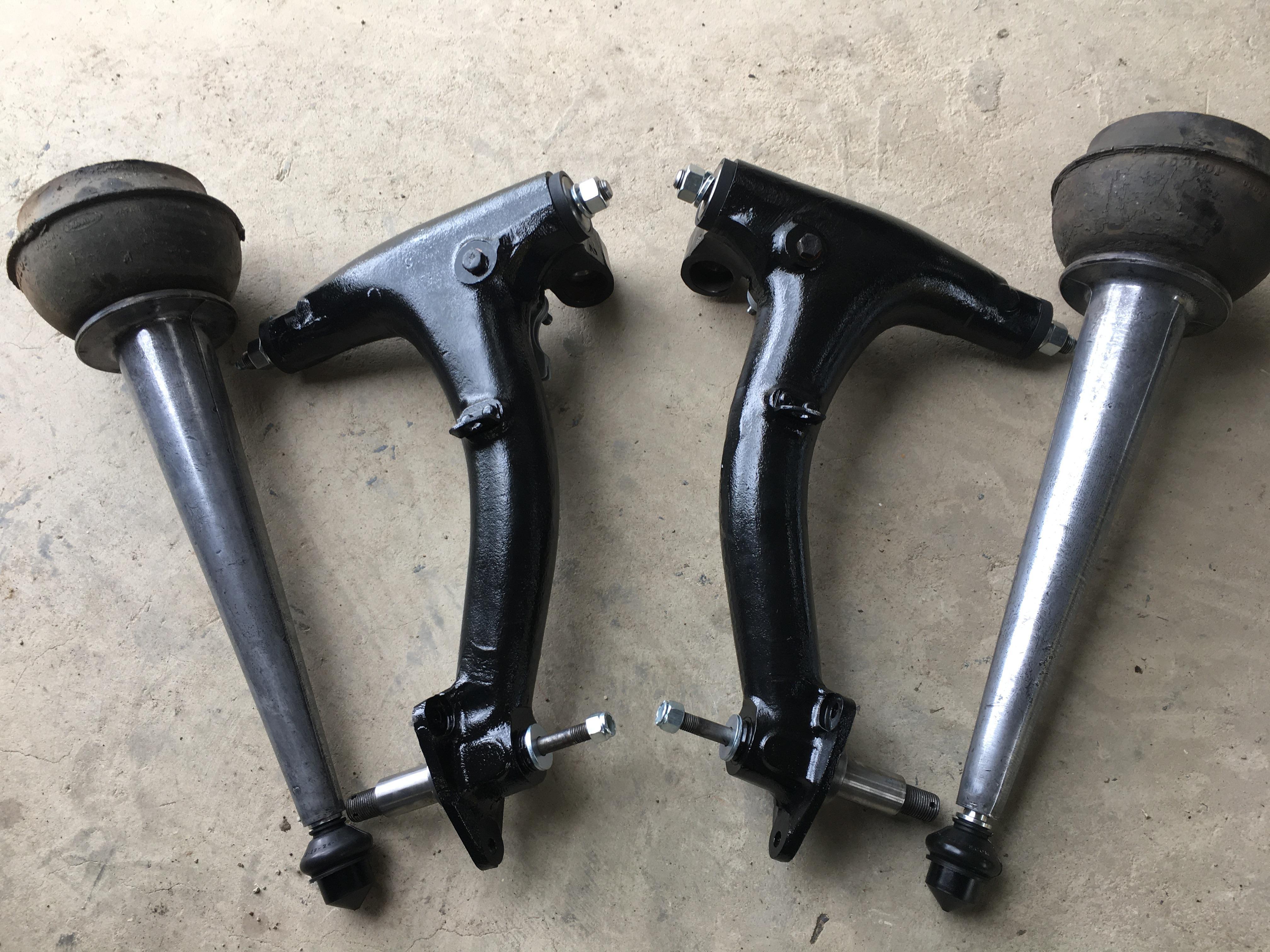 Cleaned back the paint on the LHS of the subframe where the brake fluid leaked; would have preferred to drop the subframe entirely for this, but have to remember not to get too carried away with this car. While waiting for the paint to dry there, I made a start on the RHS items. Everything has been fitted up and torqued. The drum and screws were added after this picture : 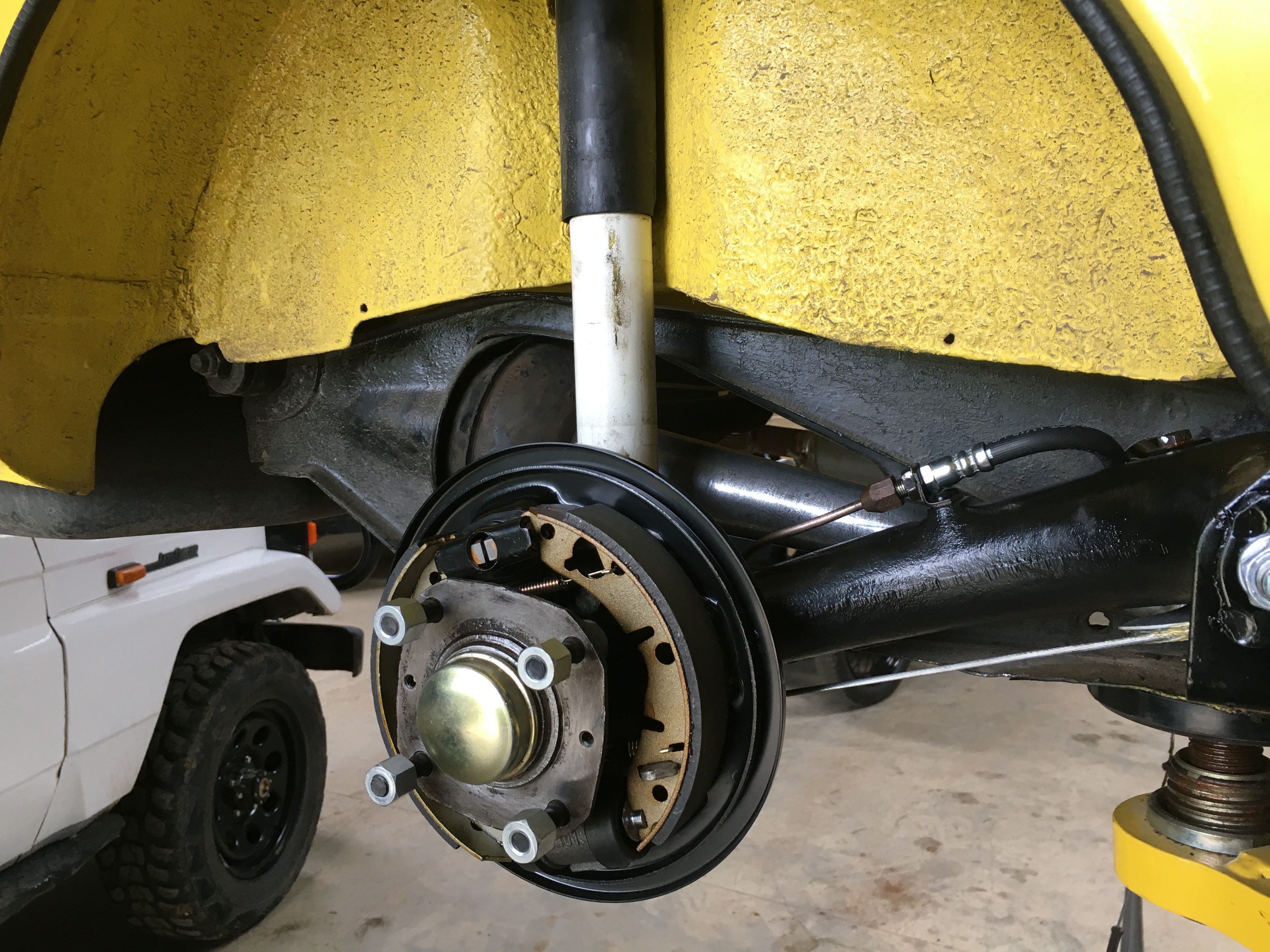 I didn't manage to get a 'before' picture of the front suspension parts as a whole, but did get this one : 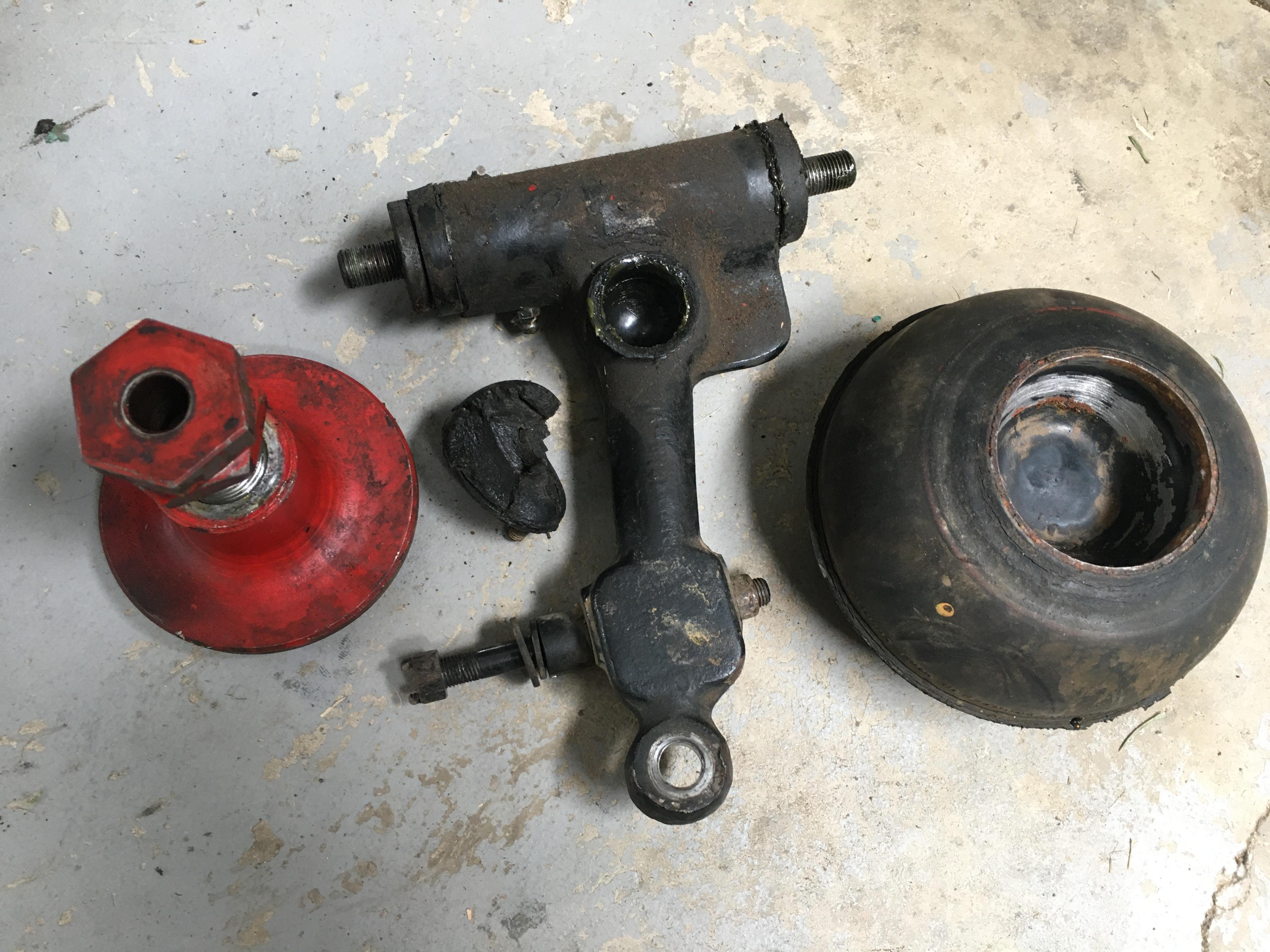 As can be seen, a rear suspension rubber has been fitted up front, which casued much frustration when I was trying to compress it with the tool to dismantle everything. This is only on the LHS. Also, the bump stop has been damaged on the LHS, while the RHS was missing altogether. But overall, it gives an indication of what the condition of everything was.

In the meantime, I have refurbished pretty much everything - just waiting on repair kits for the two upper arms (RHS pin and bearings were completely destroyed upon inspection). The hubs received new Timken taper bearings, new balljoints (lapped these as well, which makes a big difference) and a coat of paint. The drive flanges received some new studs and nuts and a coat of paint as well. The drive shafts/CVs were dismantled and cleaned of all grease and reassembled with some fresh grease and some paint. I reused the rubber boots here because they were still in good condition. The CVs have been replaced in the recent past, but I'm glad I took them apart; the circlips that hold them to the driveshafts were either broken or missing entirely and the quality of the grease was utter garbage. 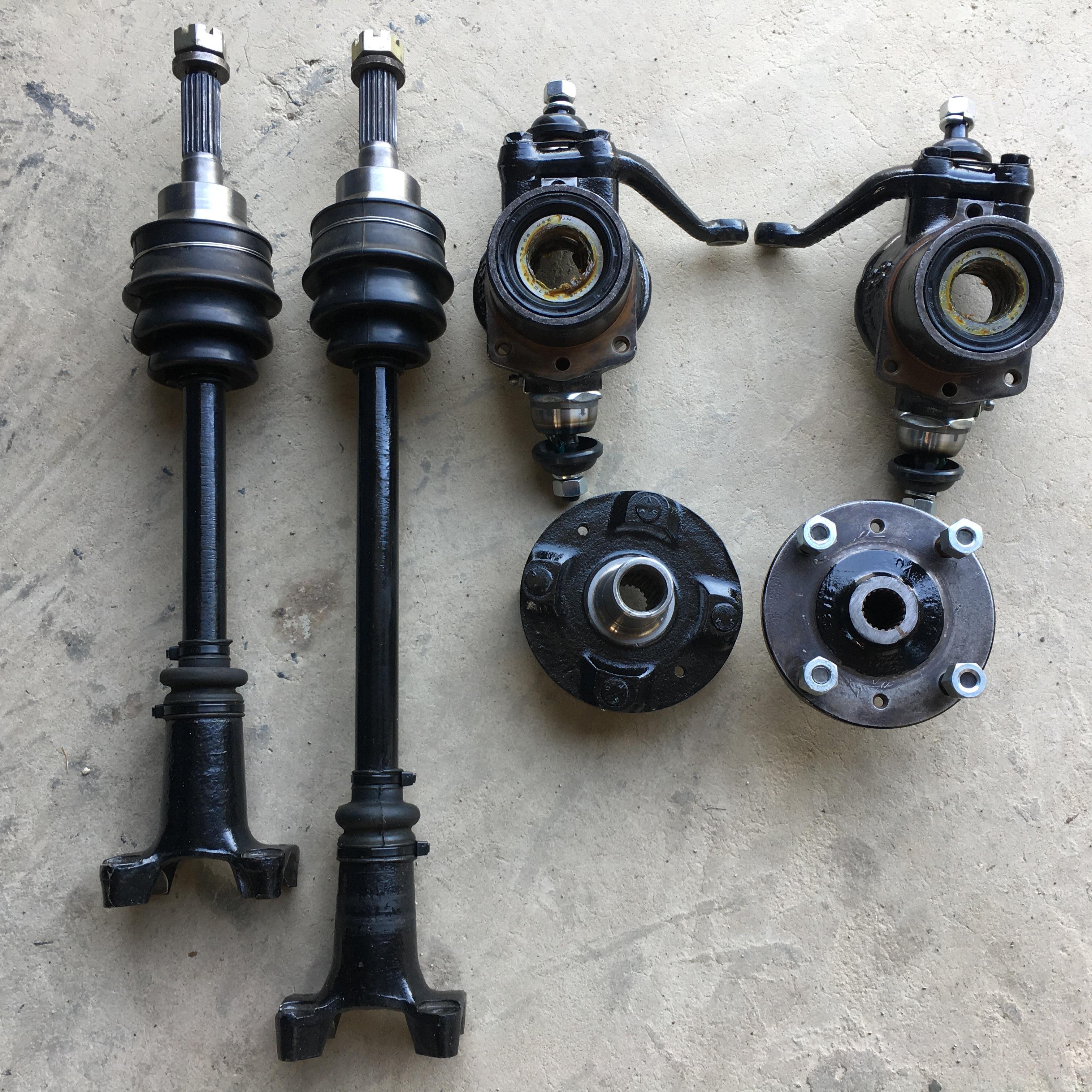 Not sure about the quality of the adjustable cones, but decided to strip them of paint and polish them up, then fitted some new knuckles (fitted the poly boots from MS on these) : 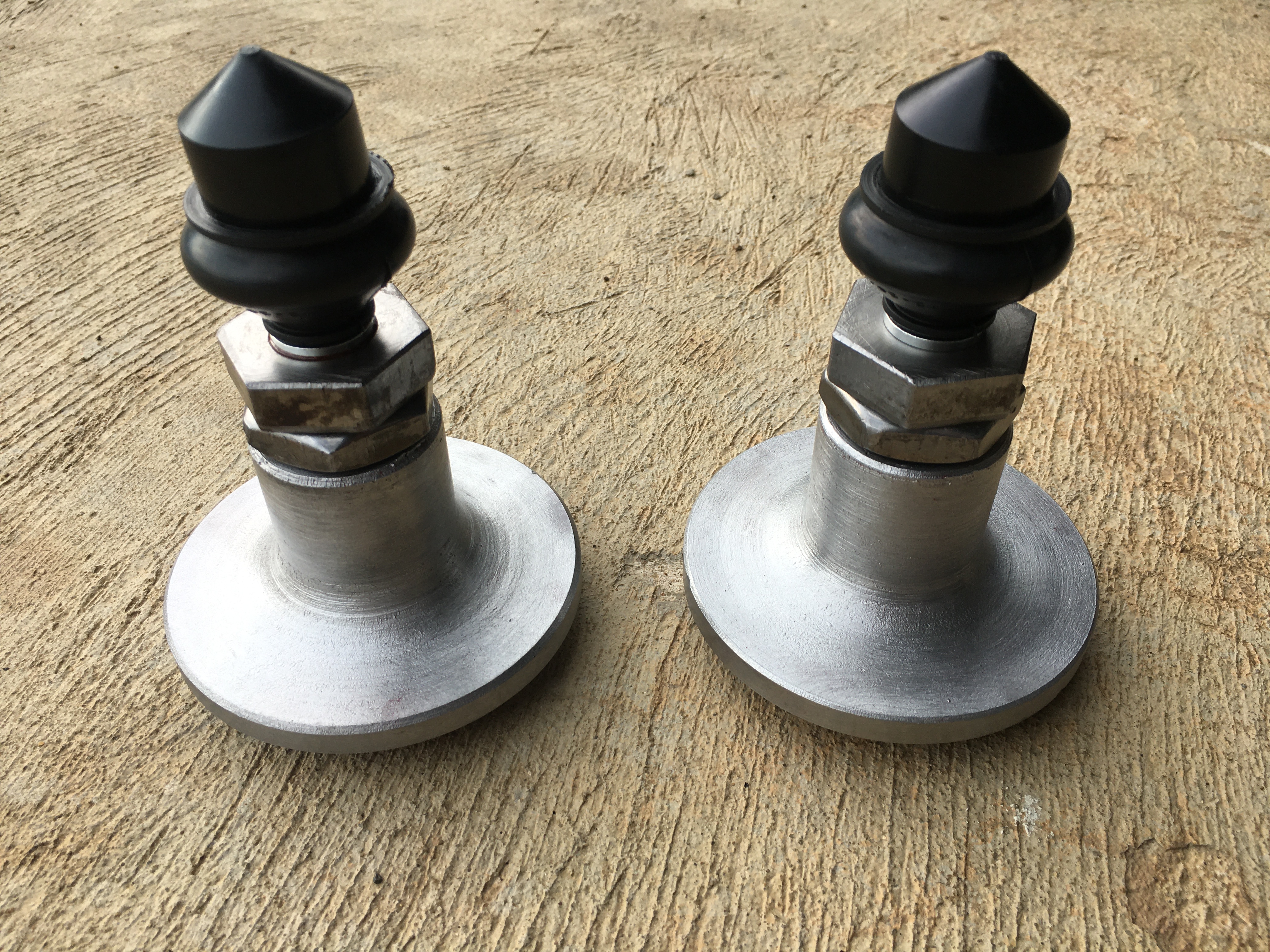 And lastly, I assembled the backing plates for the front brakes. The same principle as the rear - all new parts here : 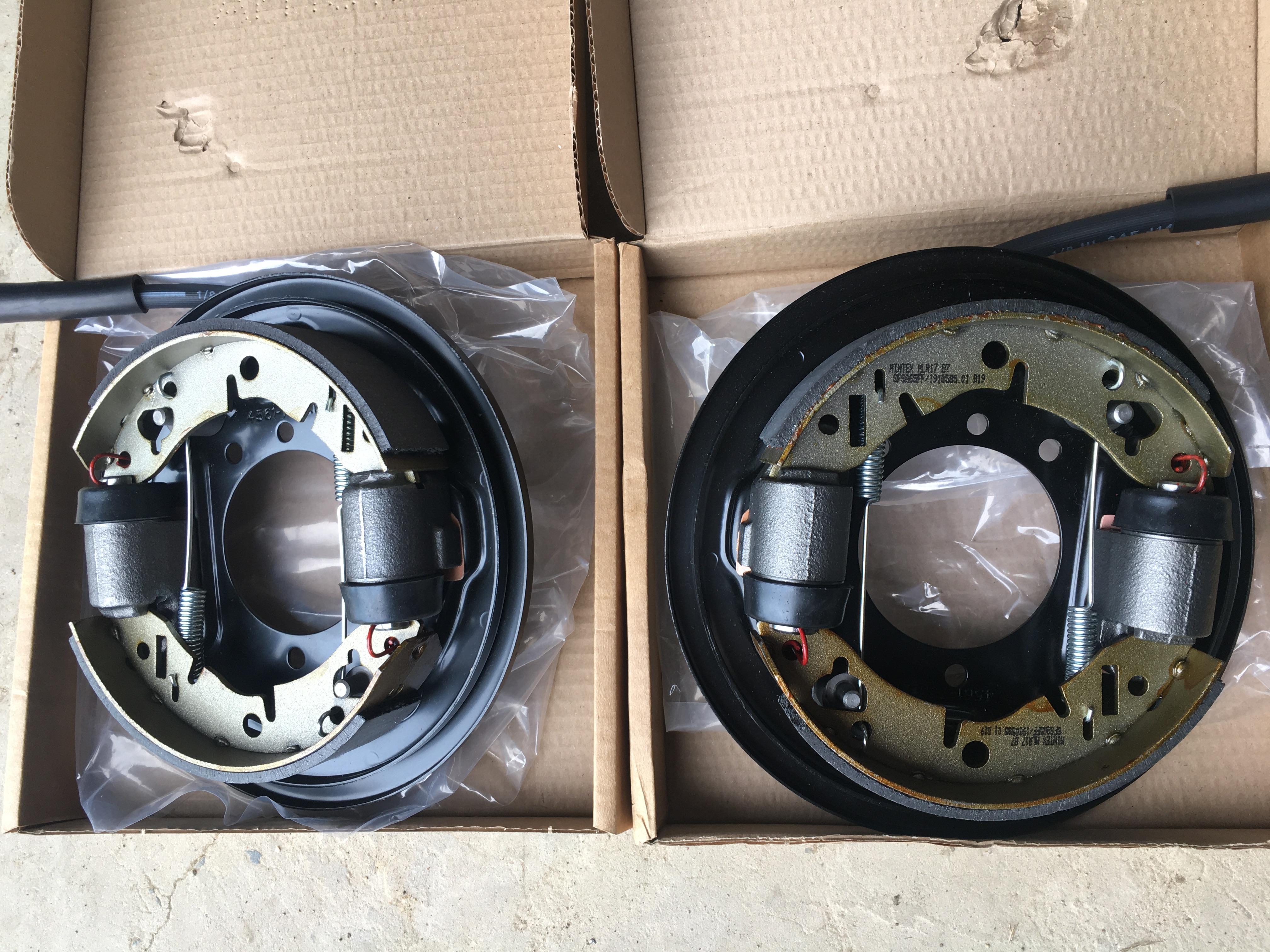 I've only ever seen them advertised by some of the parts suppliers as 'rear cones' because of the lack of a nut fitted for compressing. Not sure when or even if they were used on production cars, or if they're just an aftermarket item.

It's been a little while, but I managed to get the front suspension and brakes built up and put on the vehicle. Realised I only have one picture of the final result : 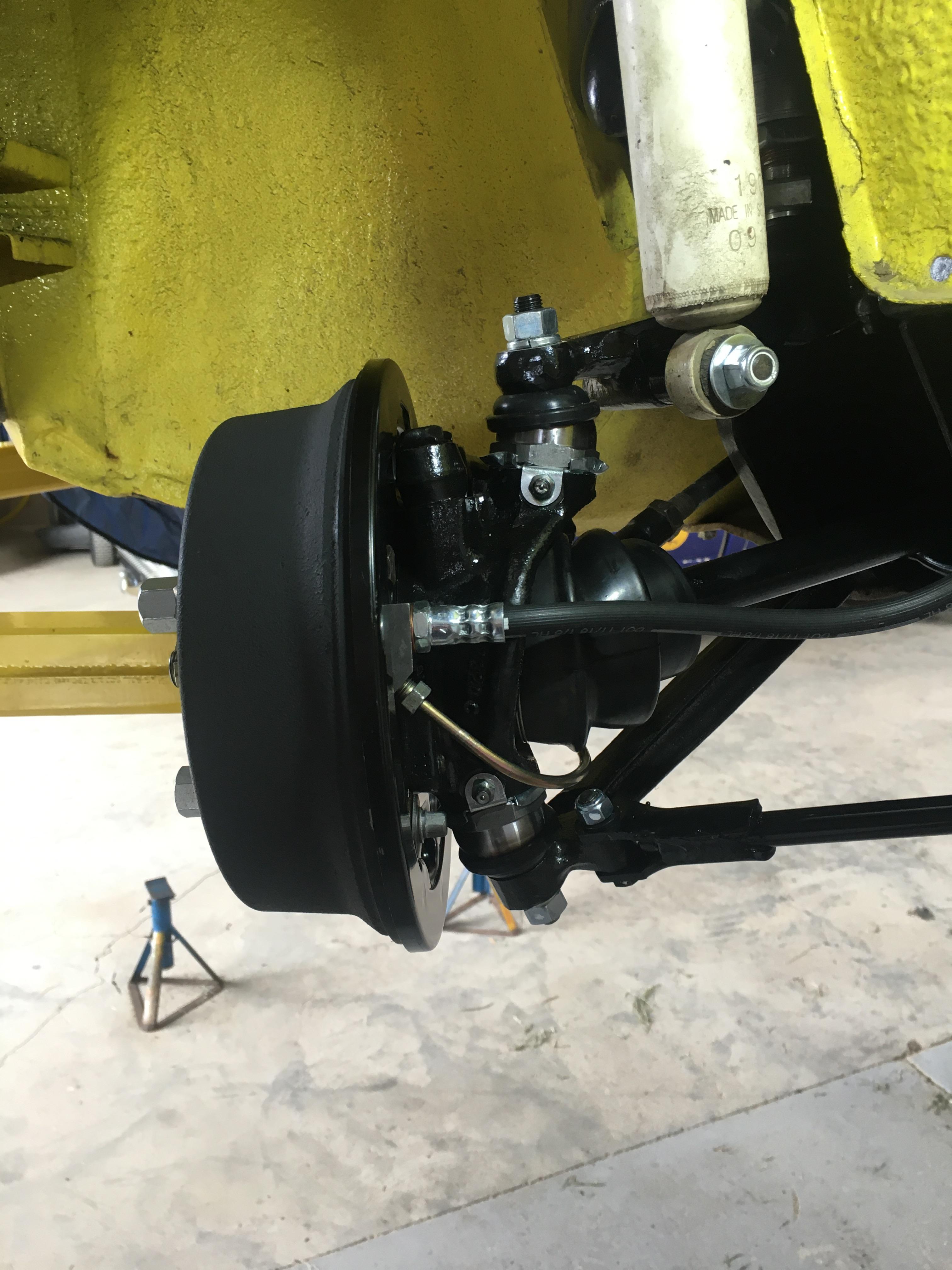 Ended up replacing quite a few of the metal hard lines as well because of leaks and damage to fittings - over tightened at some stage in the past. It's a process of bedding the brakes in now and adjusting to get the right pedal feel and travel. Still not happy with the pedal at the moment, but I'll get there.

There was also quite a serious oil leak from the tappet chest covers. Upon inspection, there was so much silicone used to try and seal them - it was everywhere! I was forced to sand the covers back and repaint them. They then received some new gaskets, so should hopefully sort that problem out : 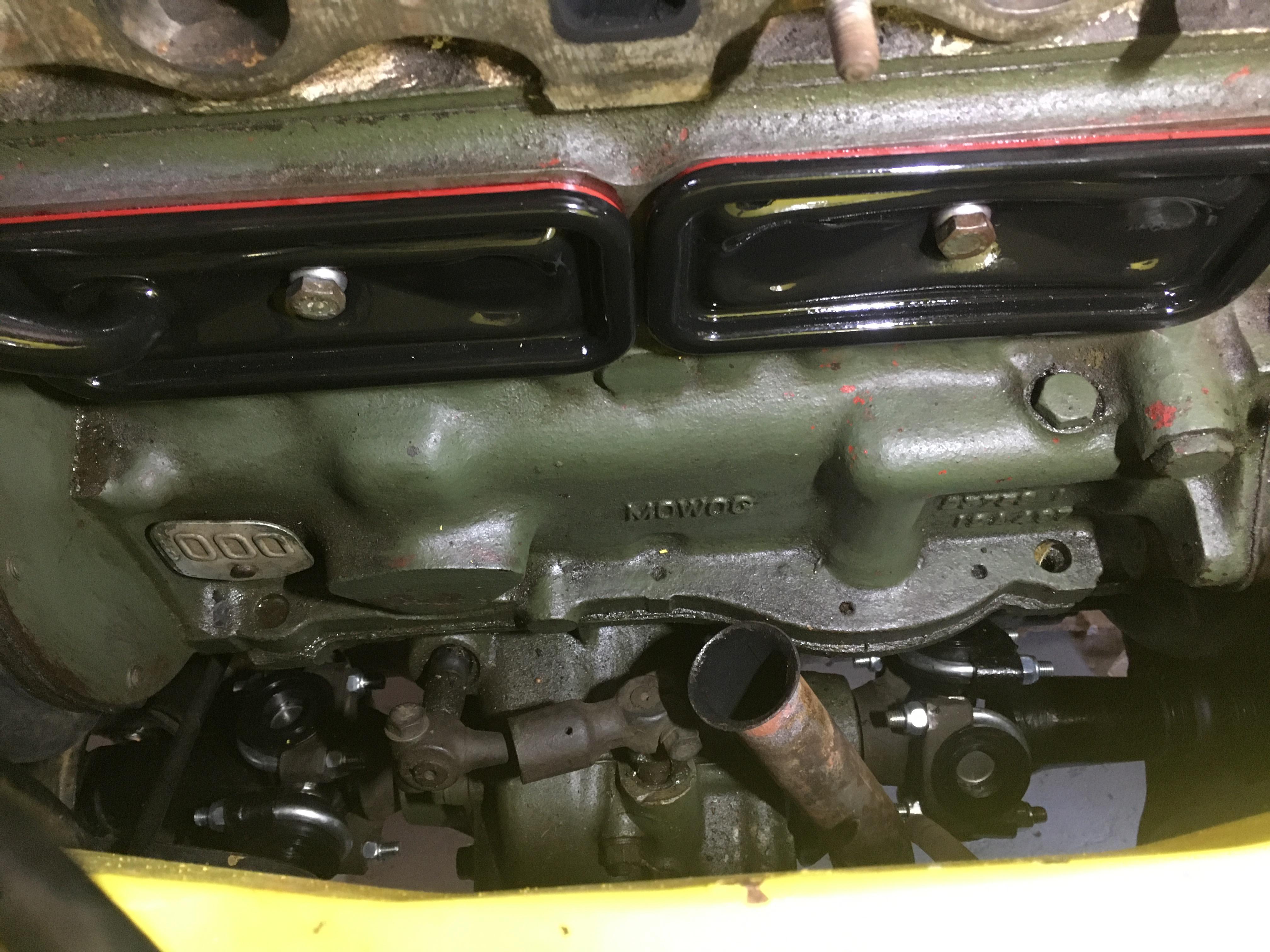 Decided to give the cast manifold a coat of paint. Whether it lasts or not is another question entirely - it is high heat paint though. I also rectified a few problems here at the same time. When I removed the manifold, one stud was missing and another didn't have a nut on. The wrong washers were being used; no thick washers at all to bridge the gaps in the manifold. I raided my parts and got a few decent studs, along with a set of new brass nuts that I had for another car and some proper washers : 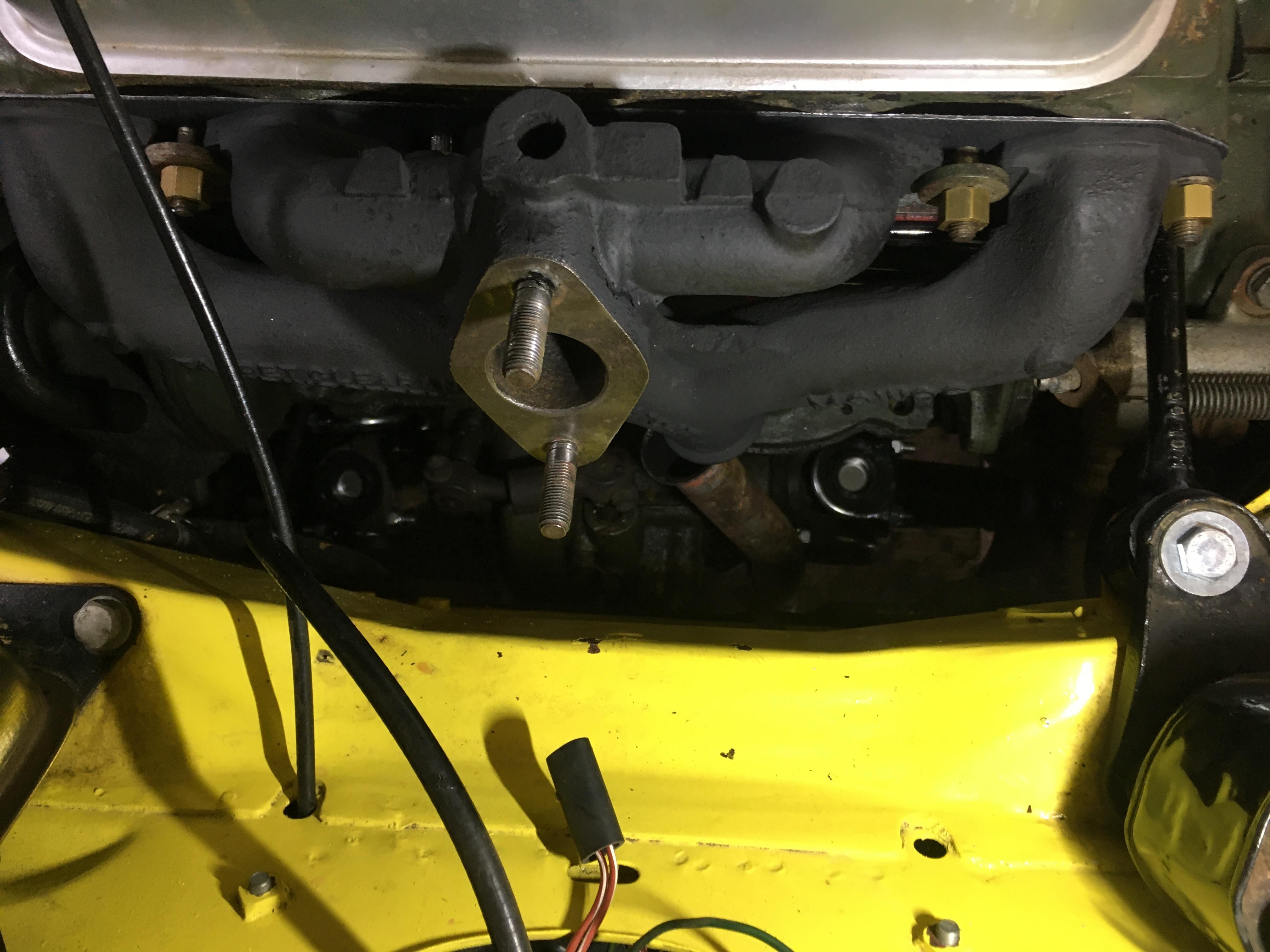 I've noticed there's a bit of a water leak going on at the moment that I'll need to sort out. Will take this opportunity to fit a new water pump etc. Will update in due course.