75 replies to this topic

I was undertaking final preparations for welding up of the right front shock absorber mount and paining of the left front mounting area. Whiles using the flapper disk to clean up the rust on the left side I noticed that the weren't any sparks followed by shiny metal. It turns out that the surface rust turned out to be a cake of rust.

I managed to cut out the rot and prepare the surface for just like I did the right. 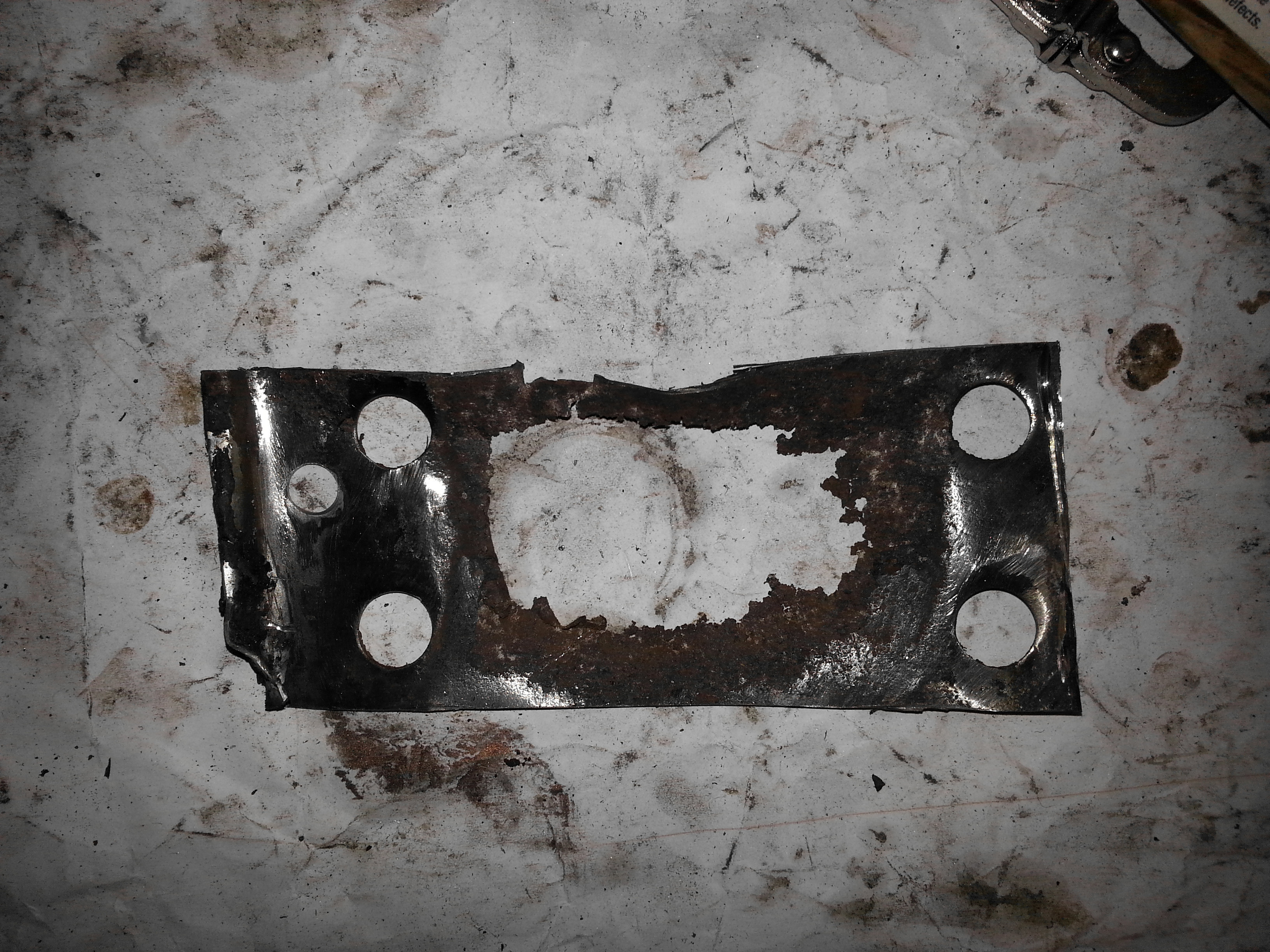 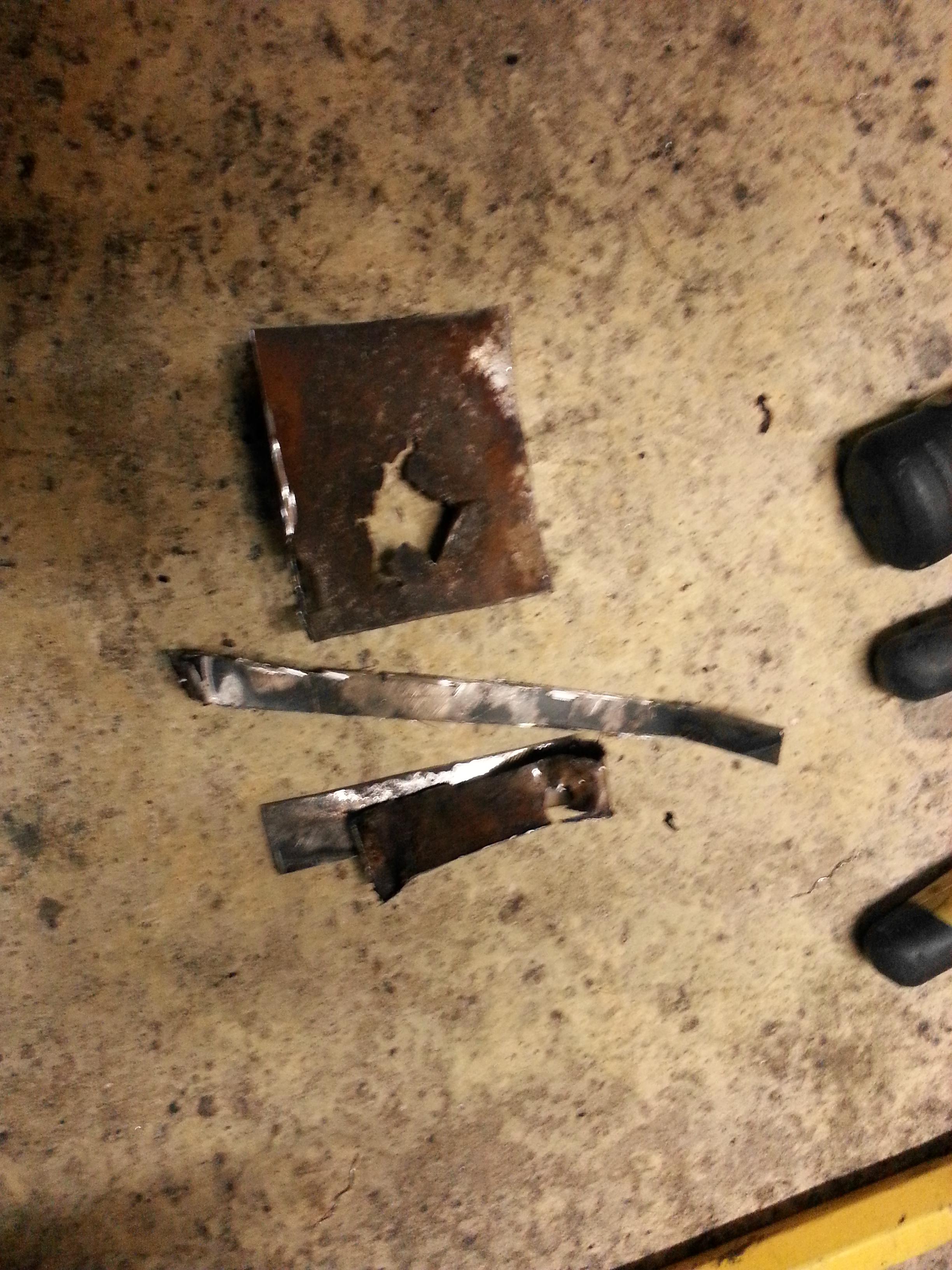 Next cleaning up and prep for welding 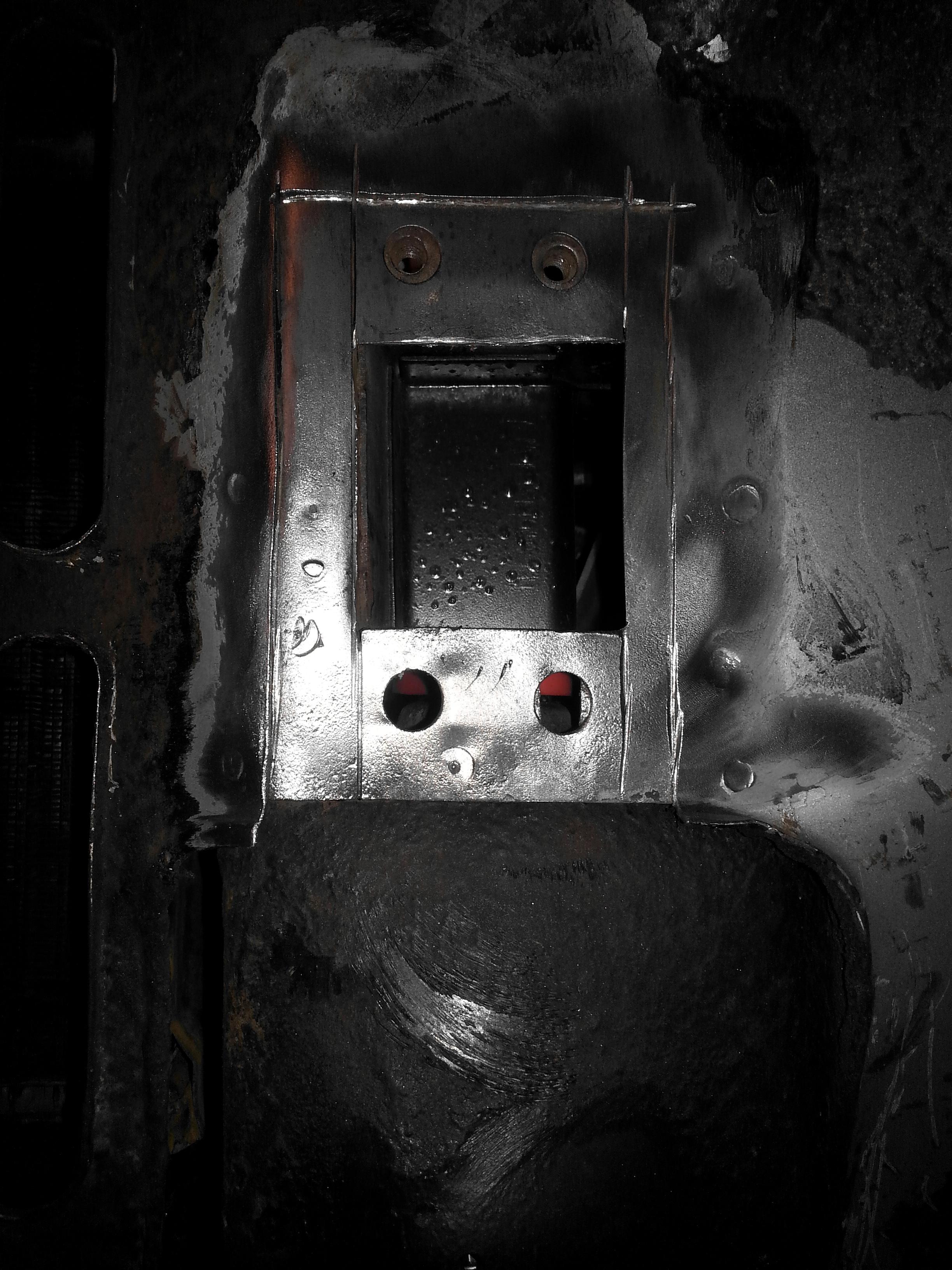 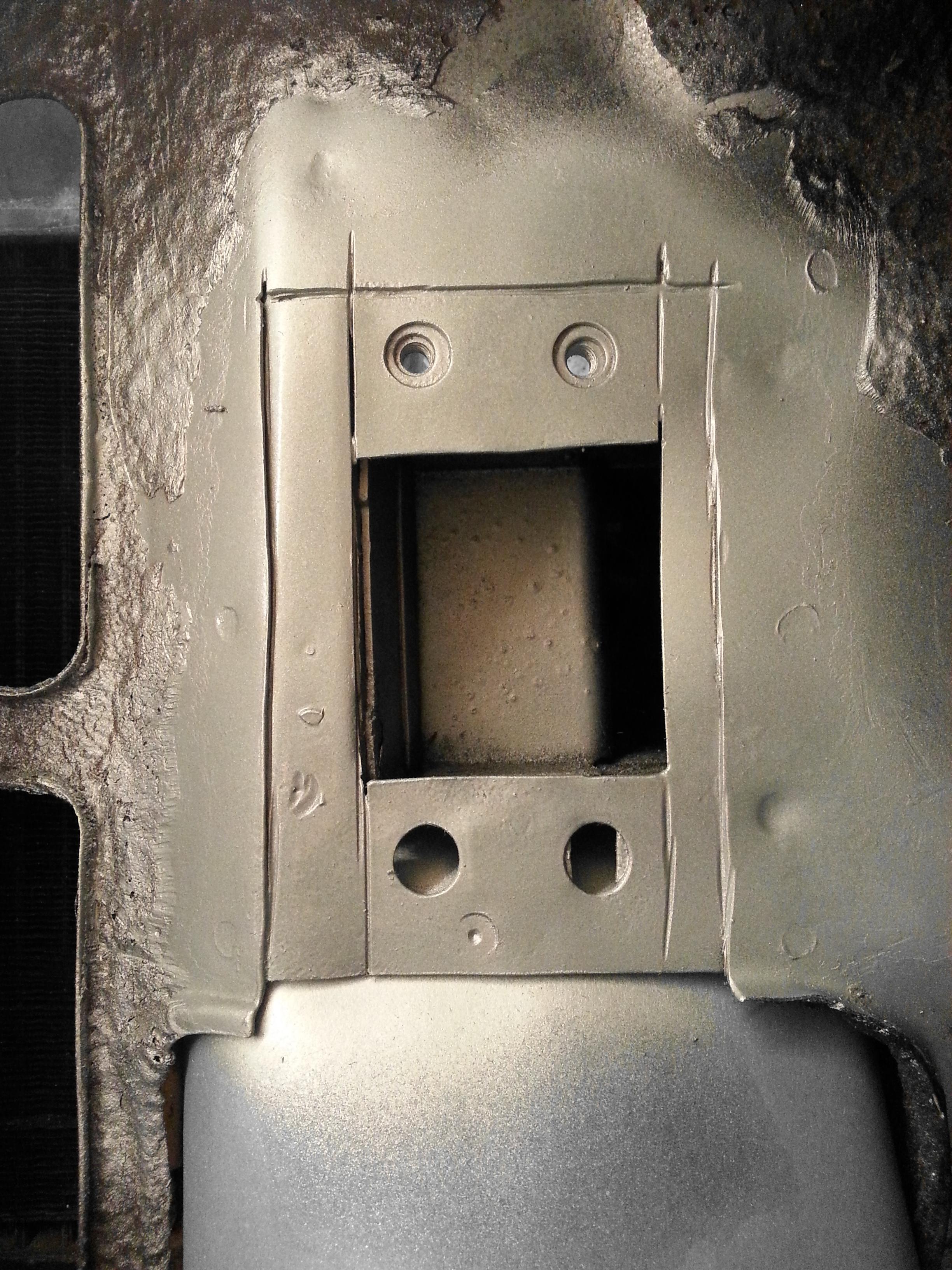 All is ready for making the template and welding these holes up.

One this that has been irritating endless every time I look in the engine bay. The cover plate on the bulk head for the heater hose was caking with rust so much so that I would compare it to a double patty burger. When I tried to get the nuts of I would that having a one man show while you try to undo a nut in the engine bay and the bolt head on the car it was never going to work. So I resorted to cutting the nuts and bolts in half with the grinder. I bit of cheating but it worked like a carom. 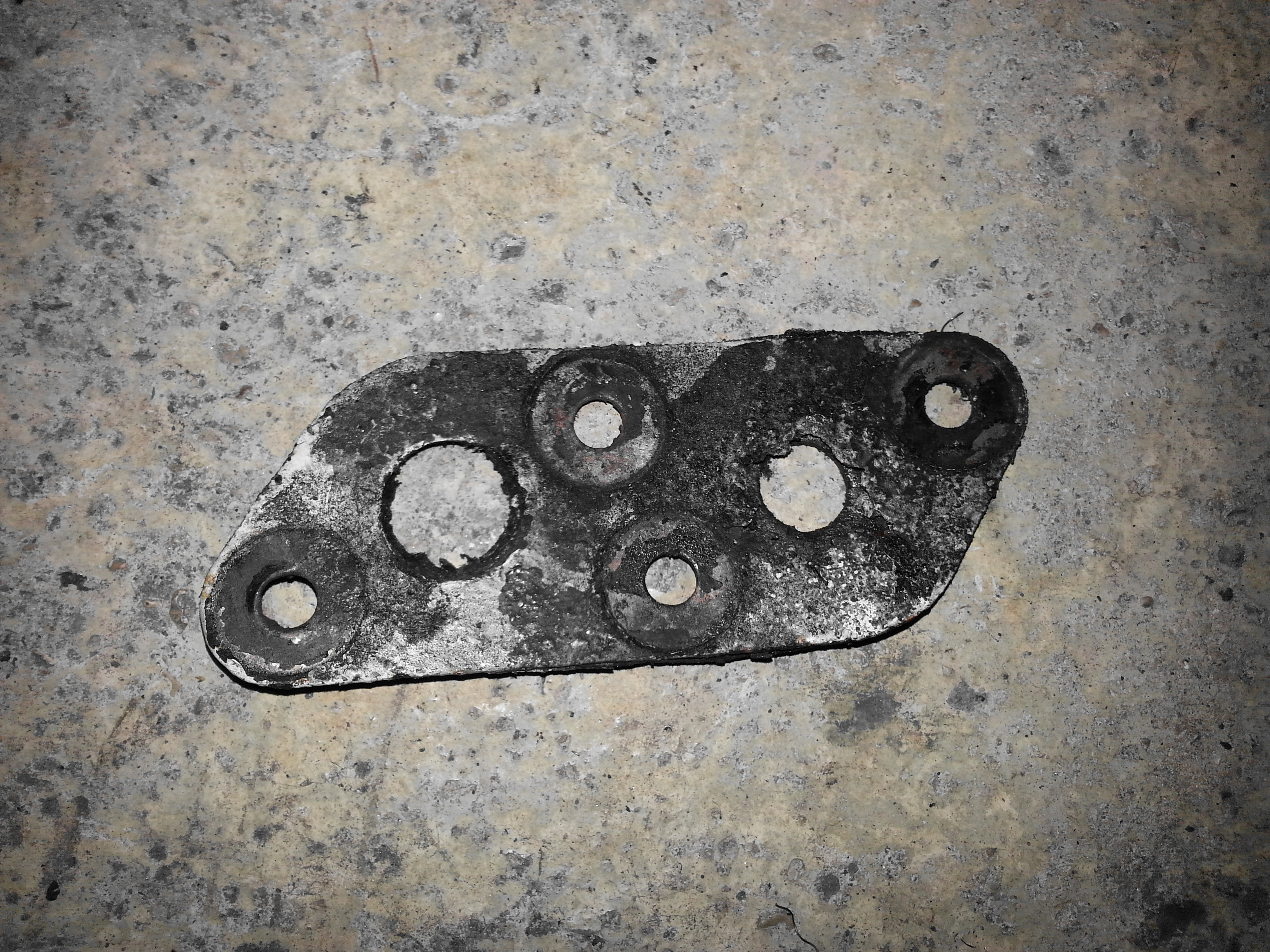 The bulk head is in surprisingly good condition considering what the plate looked like. 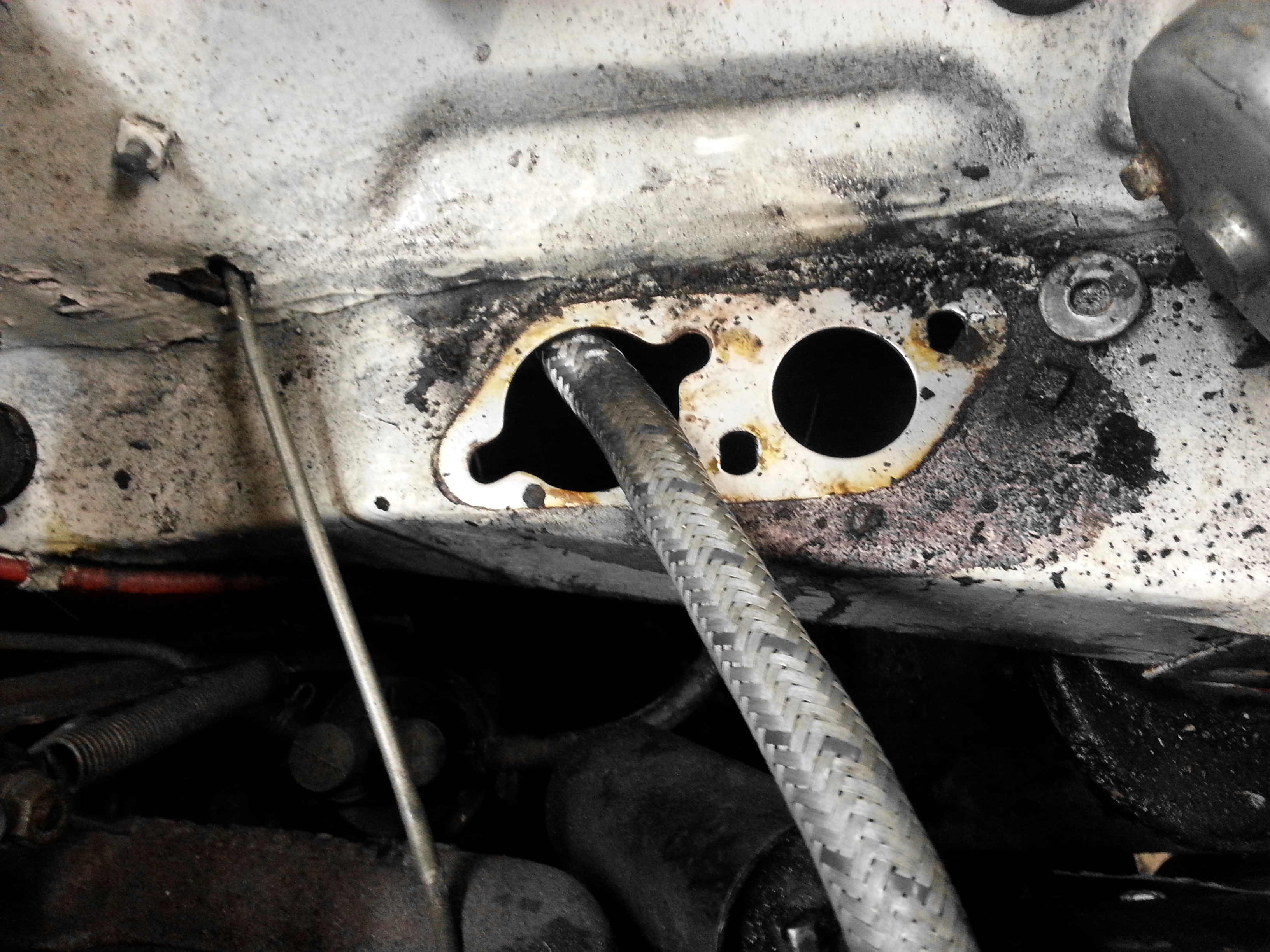 The next step is to make a template and get her sorted.

Another thing I picked up while running over the car is that the rear right wheel has been rubbing on the shock as swell as the swing arm. I am not use why this would be as the wheels has spacers on and the bearings are in good condition. 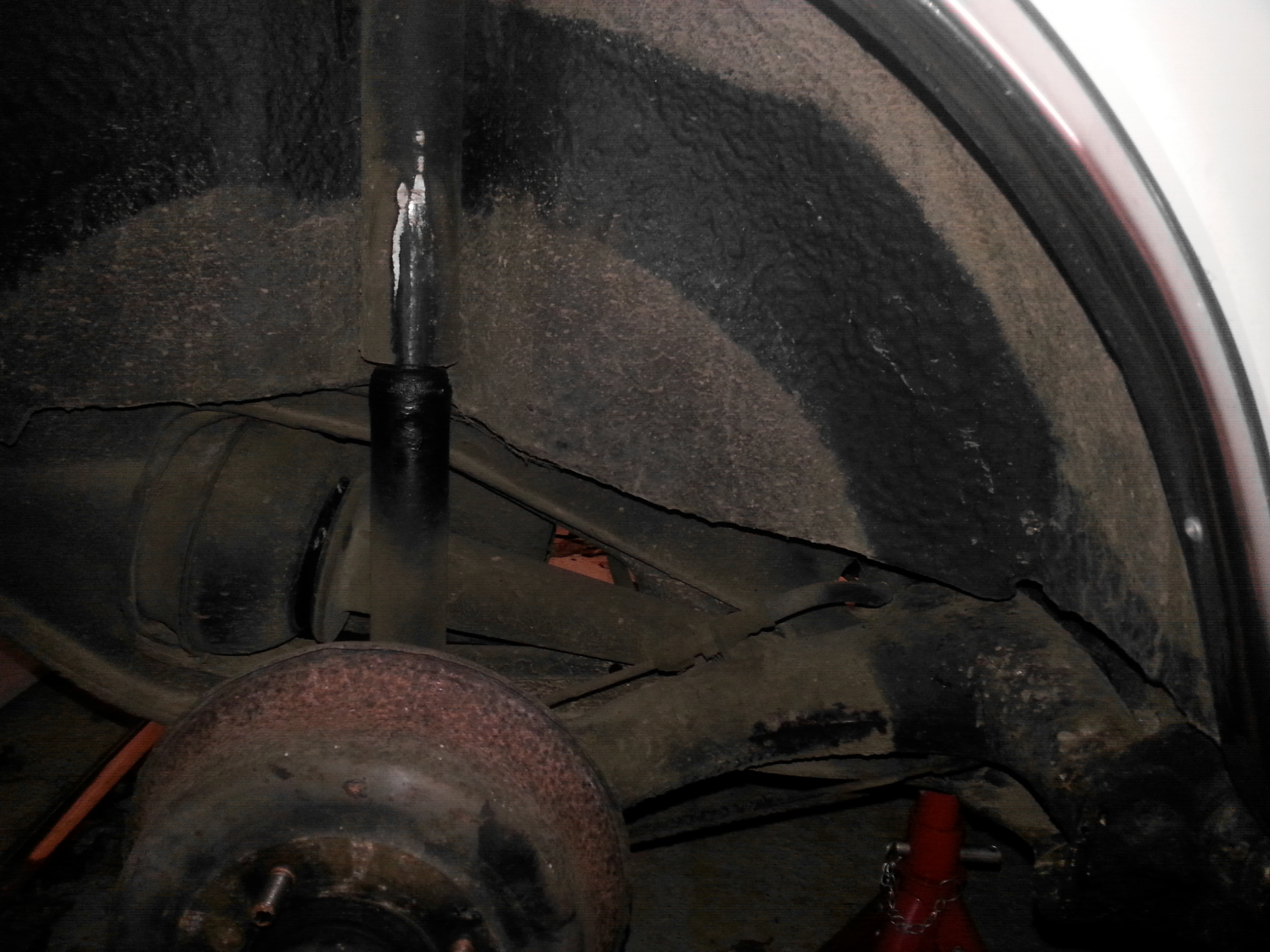 Any ideas or advise as to what the rubbing might be as a result of??

Thank you for the direction.

As the tyres are standard 140/70/R10 tyres I don't thing they will be the resulting the rubbing. 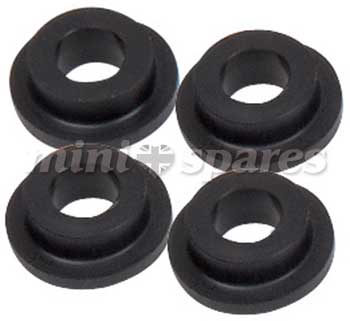 I will get the crowbar in there to see if there is any play before reporting back.

The car has not been lowered and was standard when the scrubbing took place.

The drums aren't spaced but the rims were fitted with spacers so don't think it to be the cause.

After a long and hard think I decided to undertake more of a restoration than I initially considered before taking her on the road again, In light of this I decided to take the interior out to inspect the floor for signs of steel worm.

Take out the interior and inspect the work to be done. 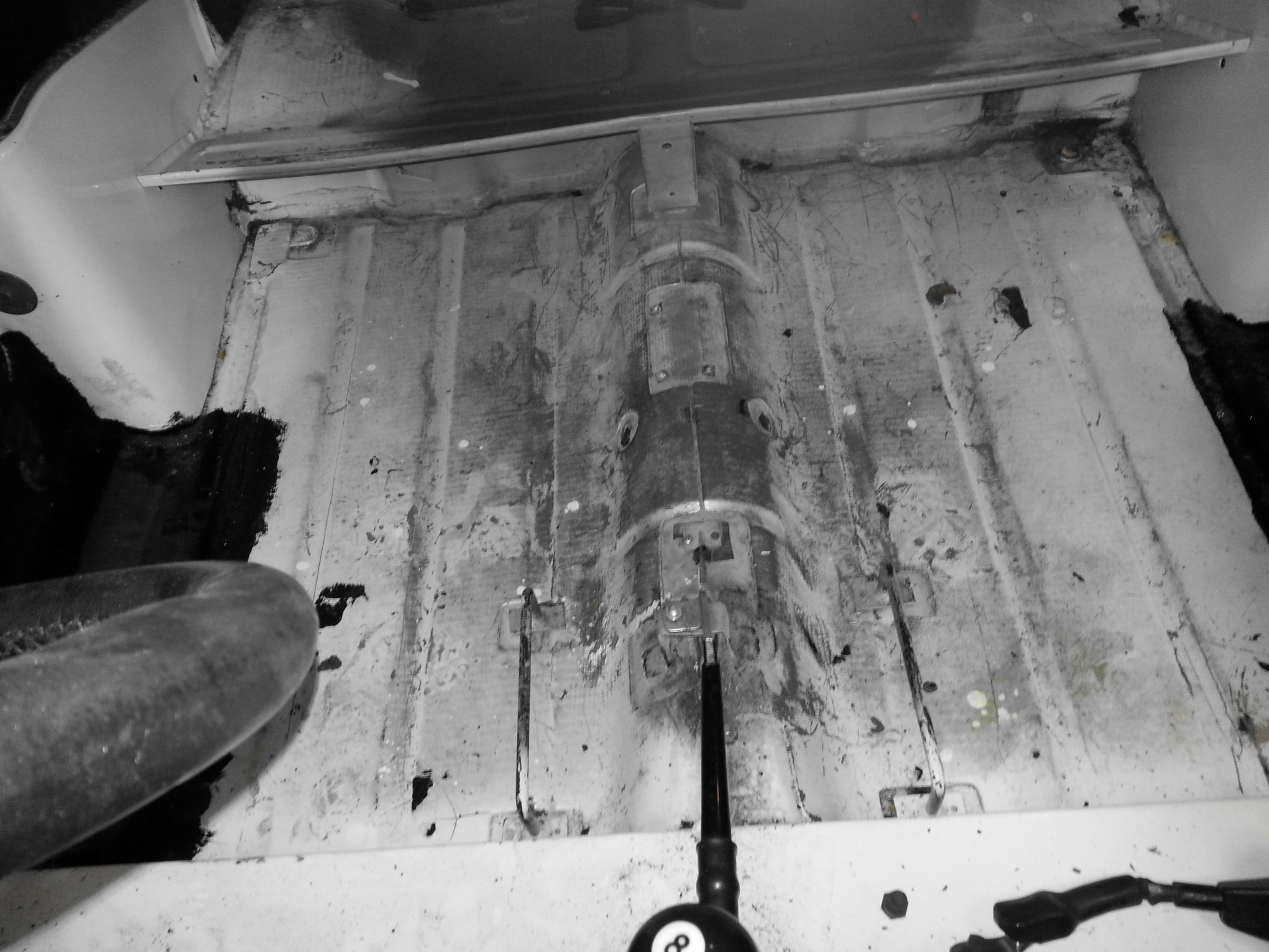 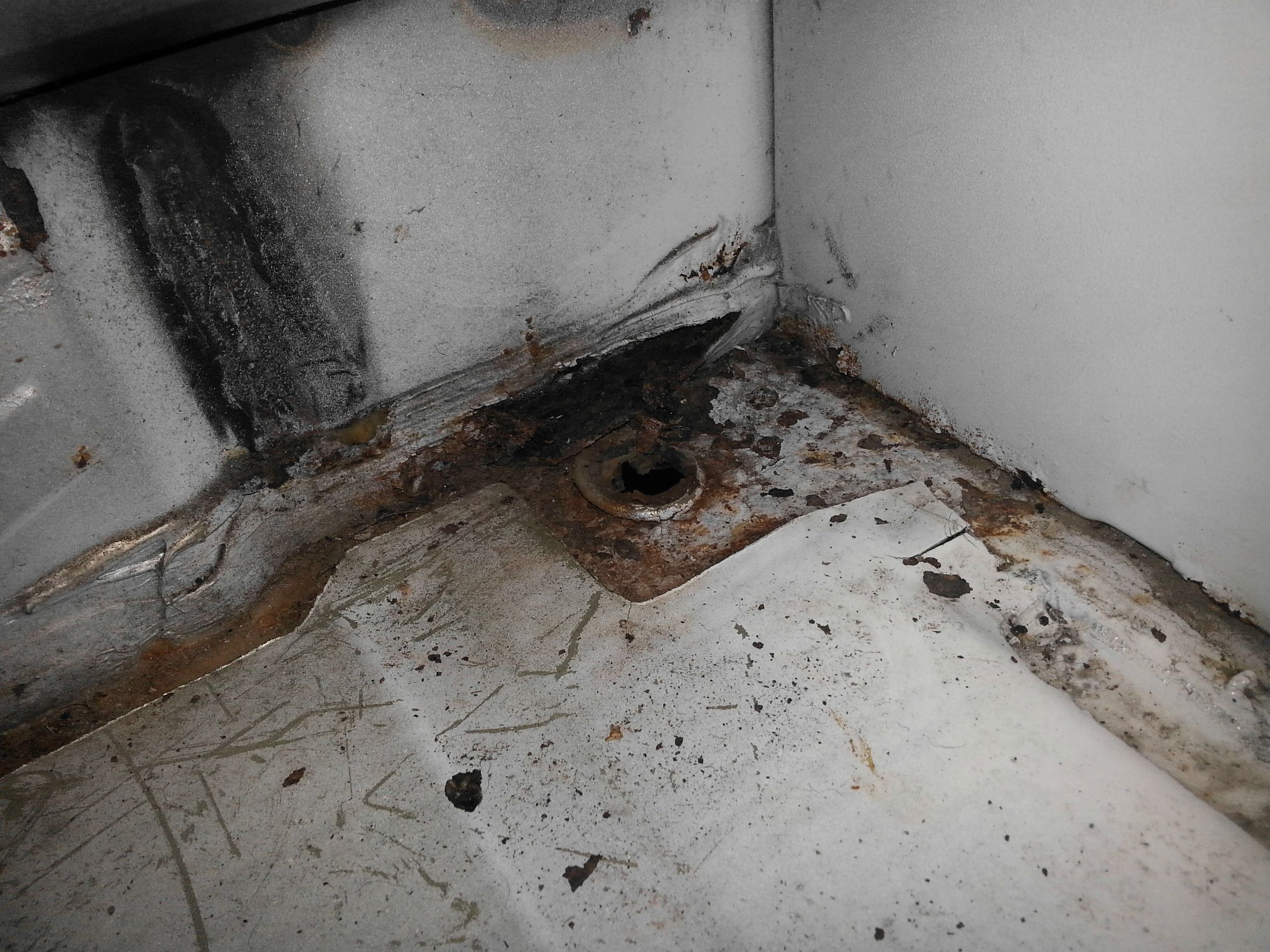 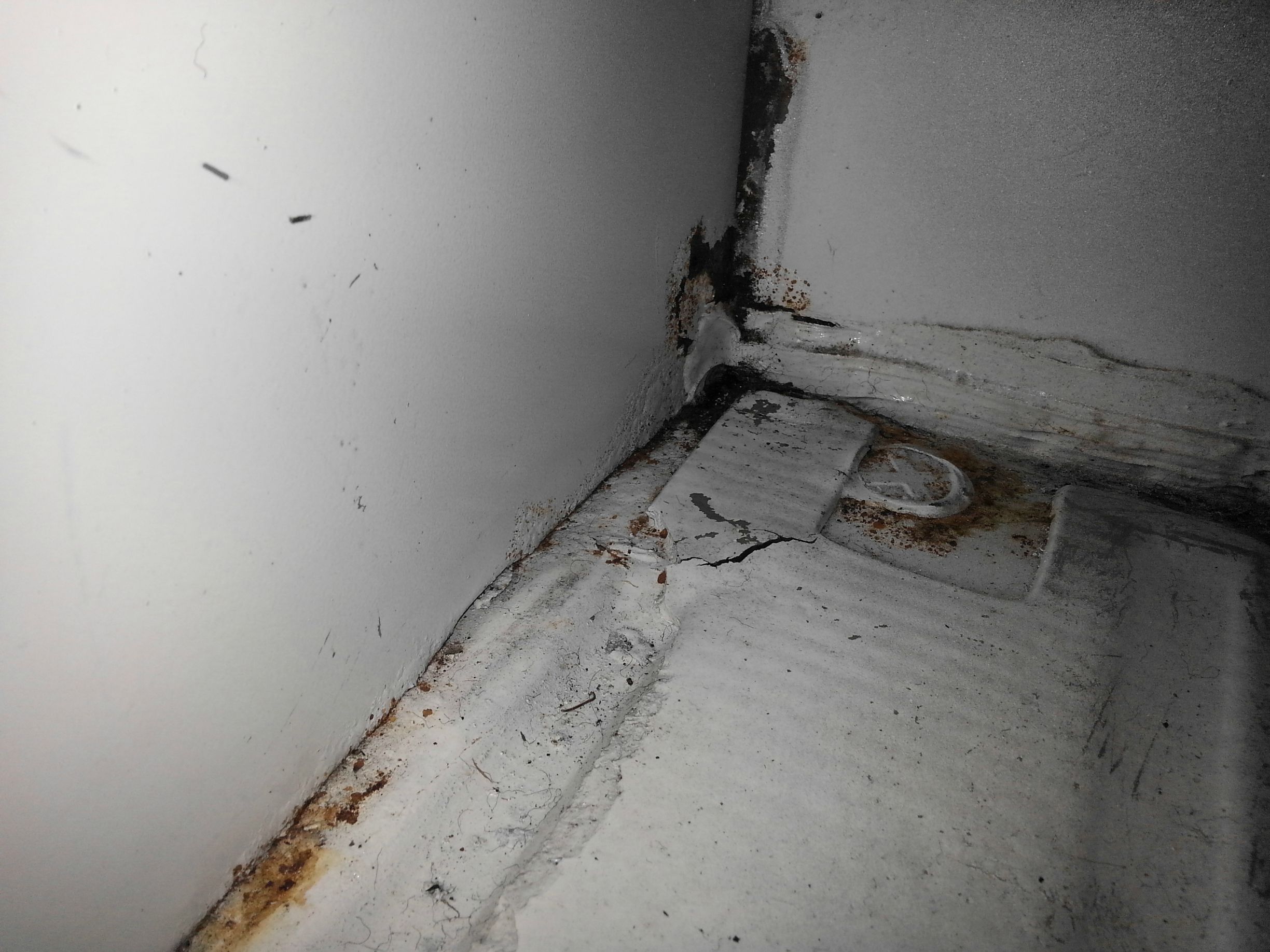 Nothing major in the back then... 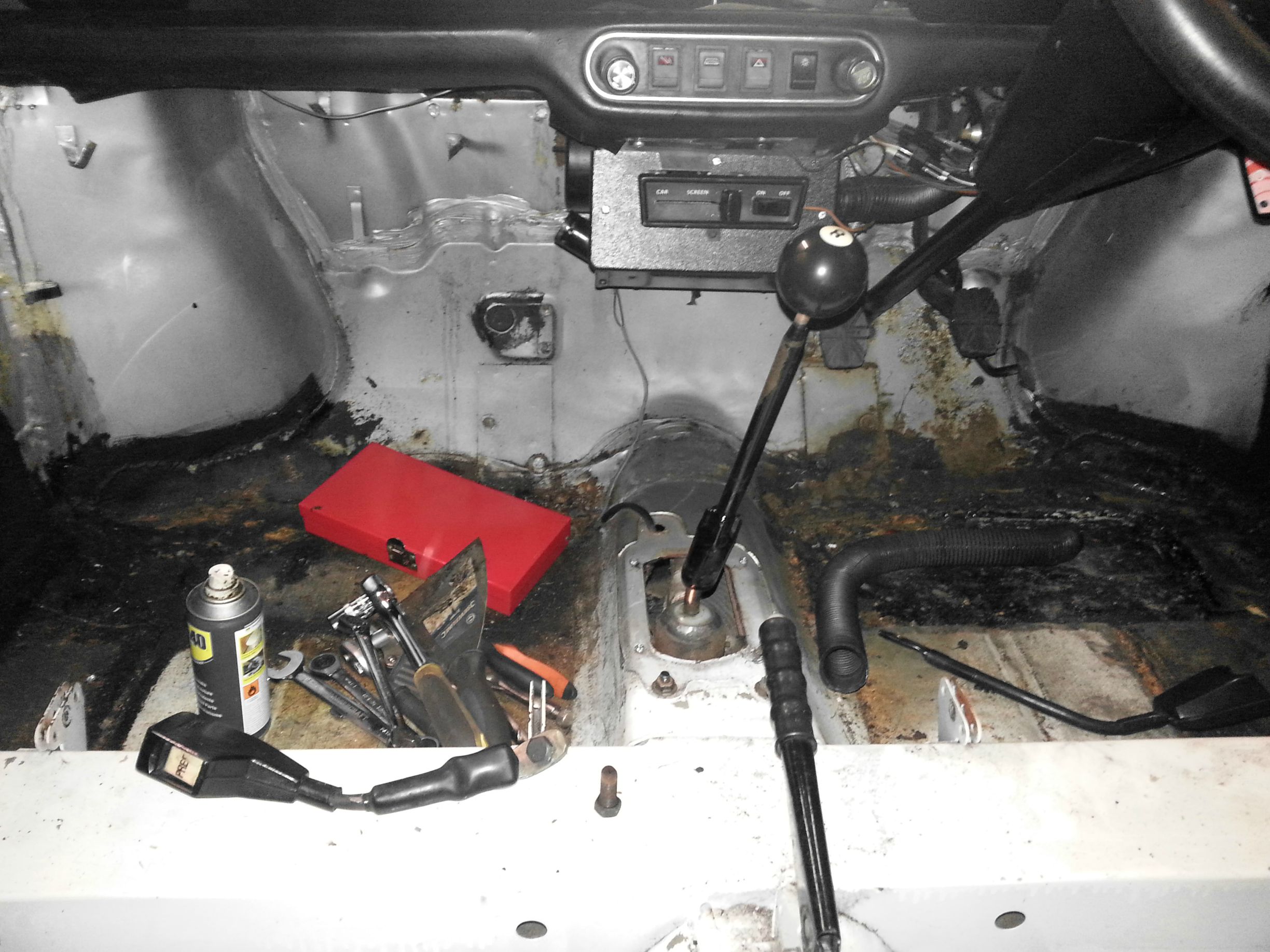 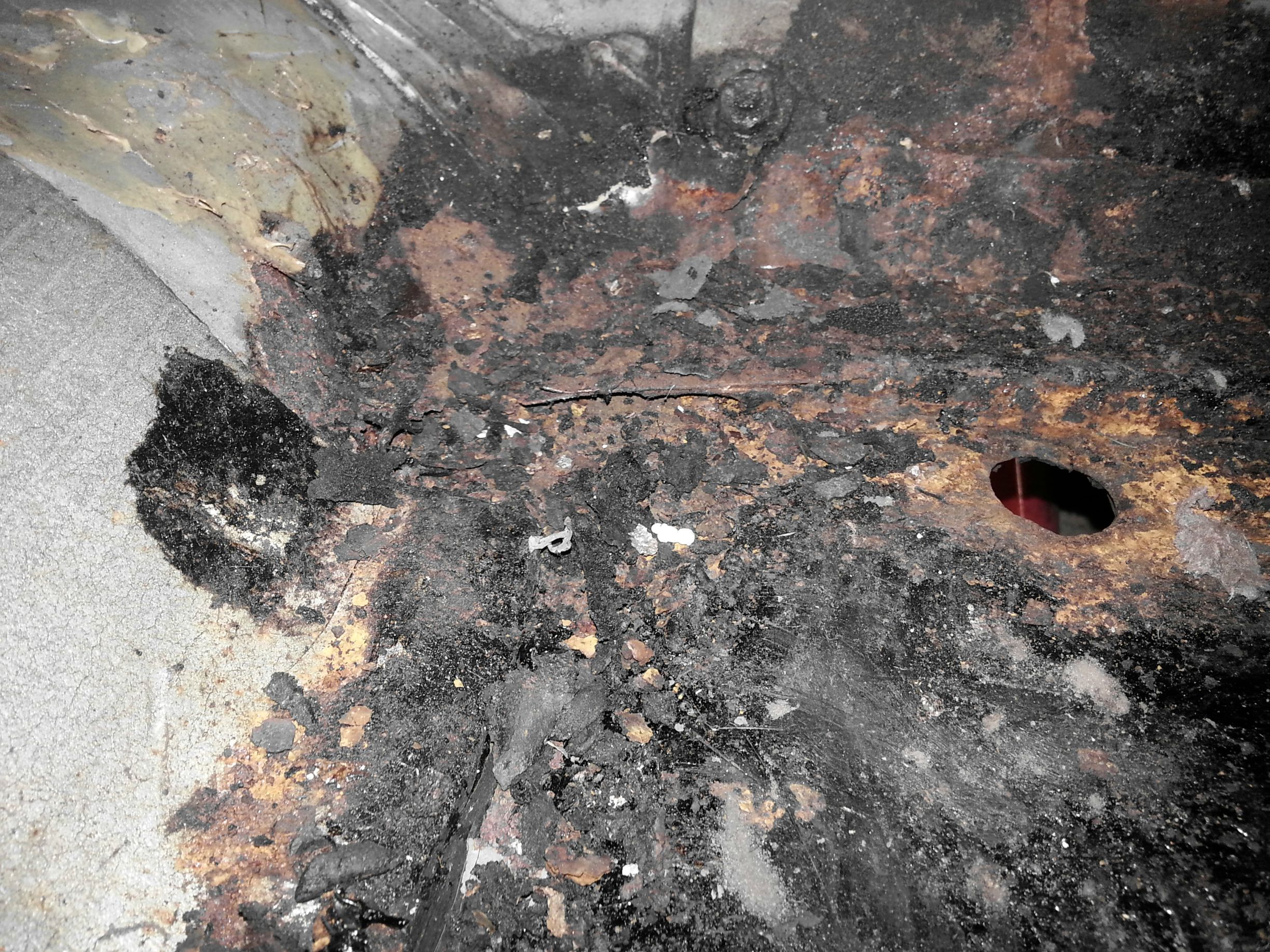 Some work will be required here.

Next I discovered to my dread that the previous owner fitted oversills!! We all know what that means. ROT. these will becoming off very soon. 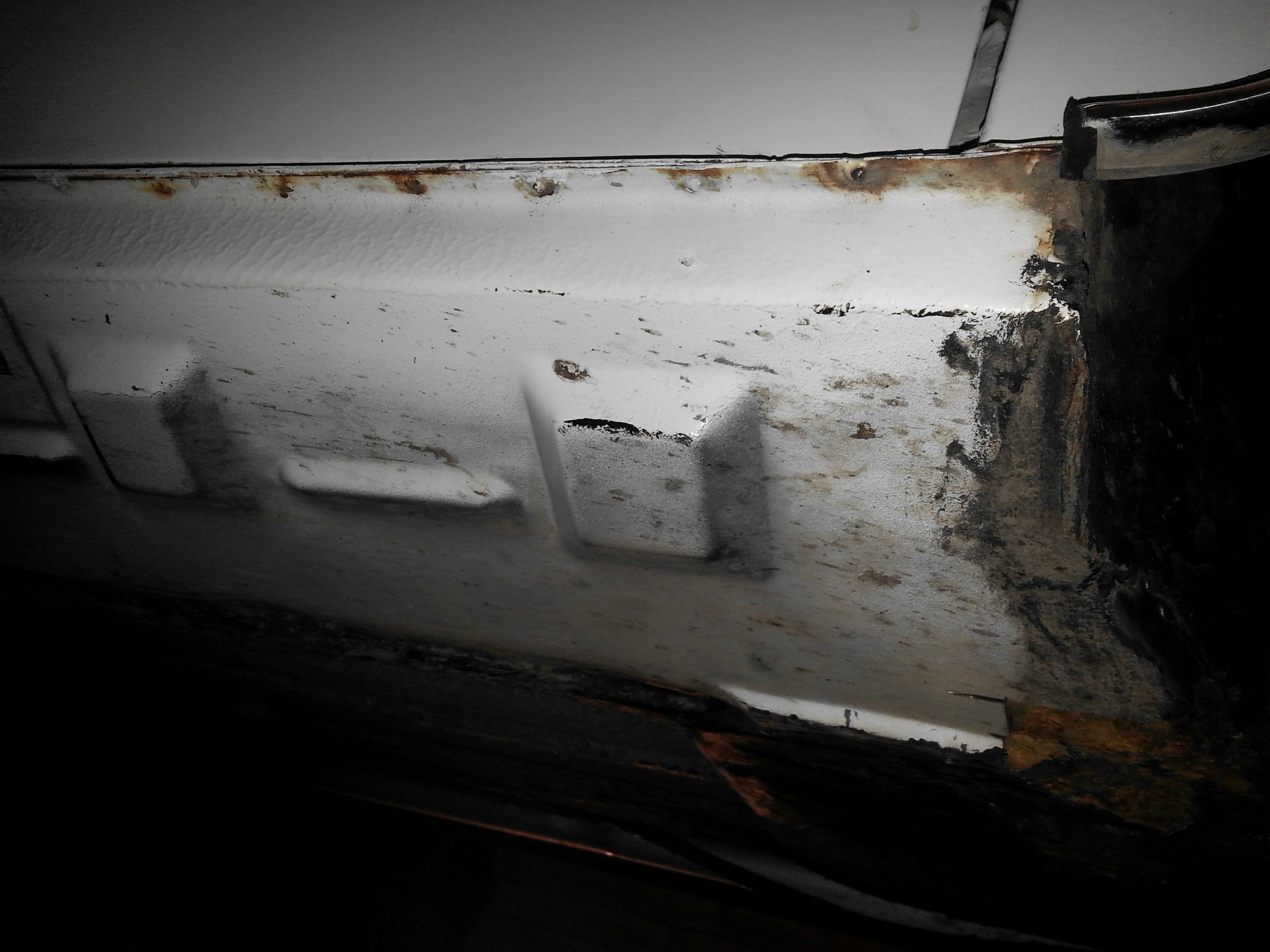 A preview of what lies underneath... 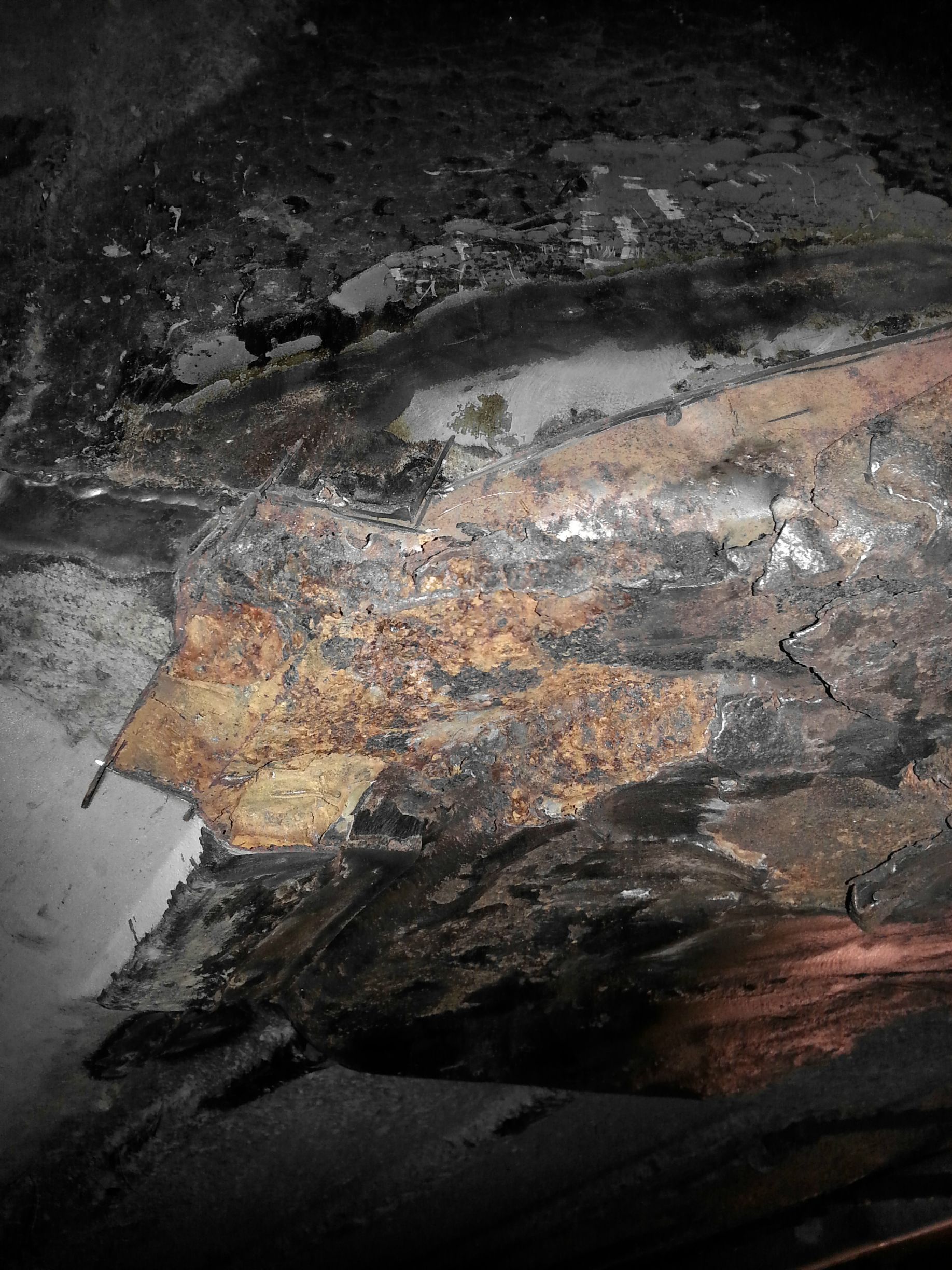 While I was disconnecting the battery I discovered what seems to be crash damage. Underneath the rear subframe is also bent... Not good! It seems like a hole section was cut out and replaced. that wasn't something that come up during the sales talk... 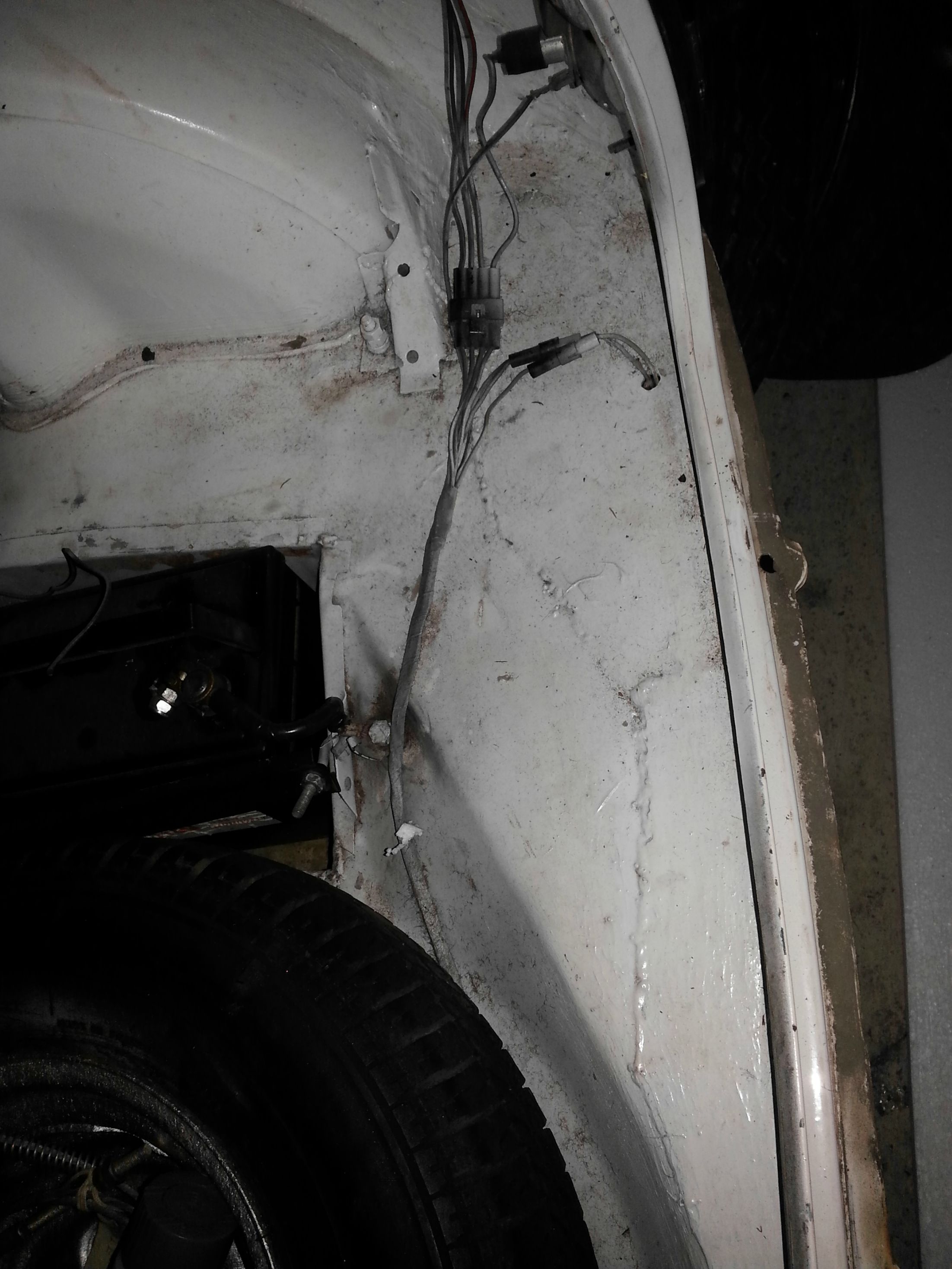 It is amazing how this list of fixes keep on growing.

You remove one panel to replace and you have to change the panels it attache too! Its a never ending progress but very addictive

O yes, it seems to be world of mini. If rust was worth gold this would be a forum of millionaires.

I have a feeling pulling the oversills off is going to reveal nest of rust worm.

Arrr!! Yes the dreaded oversill's I'm going through the same thing with mine! Better safe than sorry

An update on the oversill situation...

I managed to drill out all the spot welds on the left side oversill to peel it off and found this: 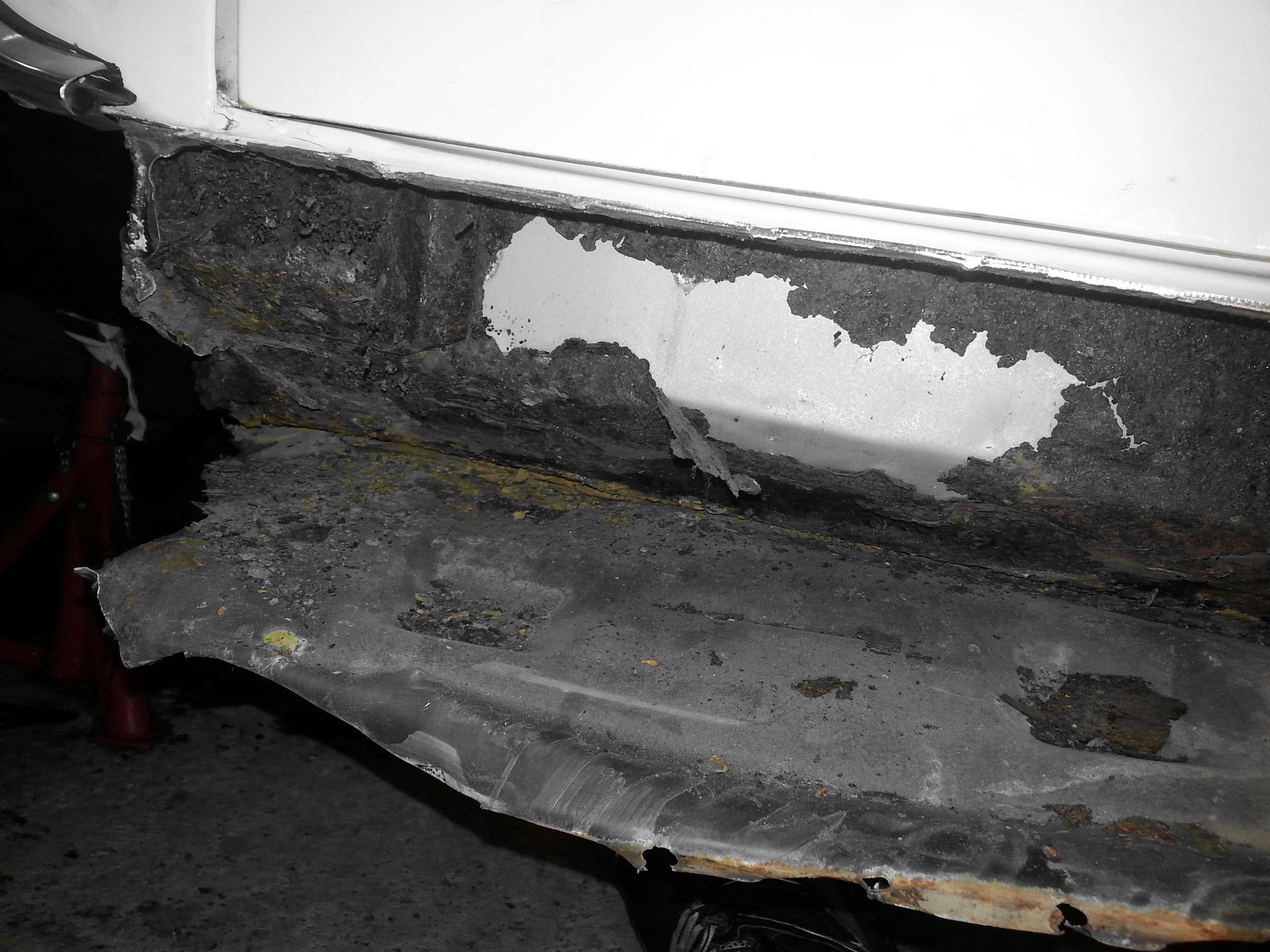 What remains of the original sill 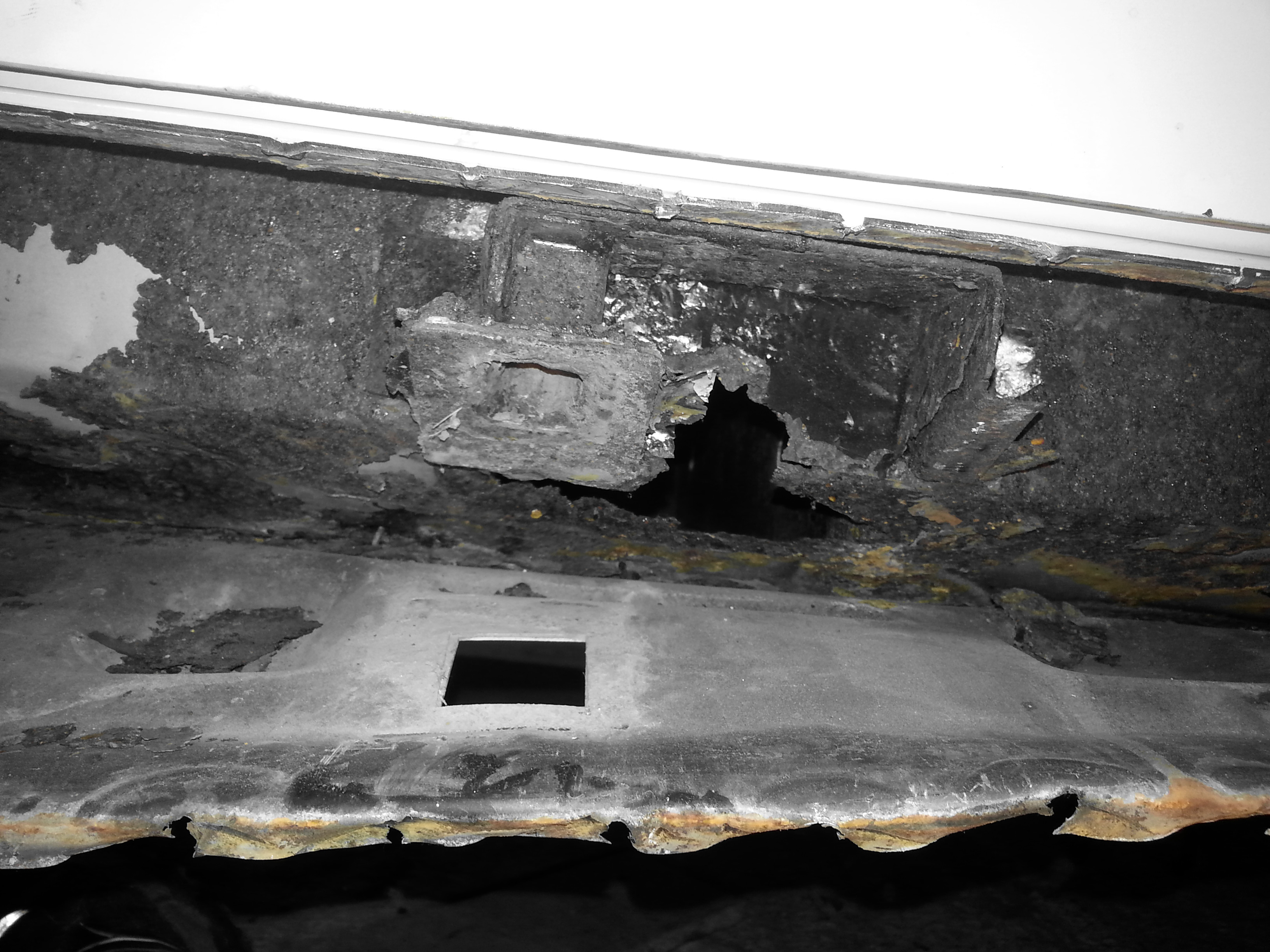 A hole in the support box 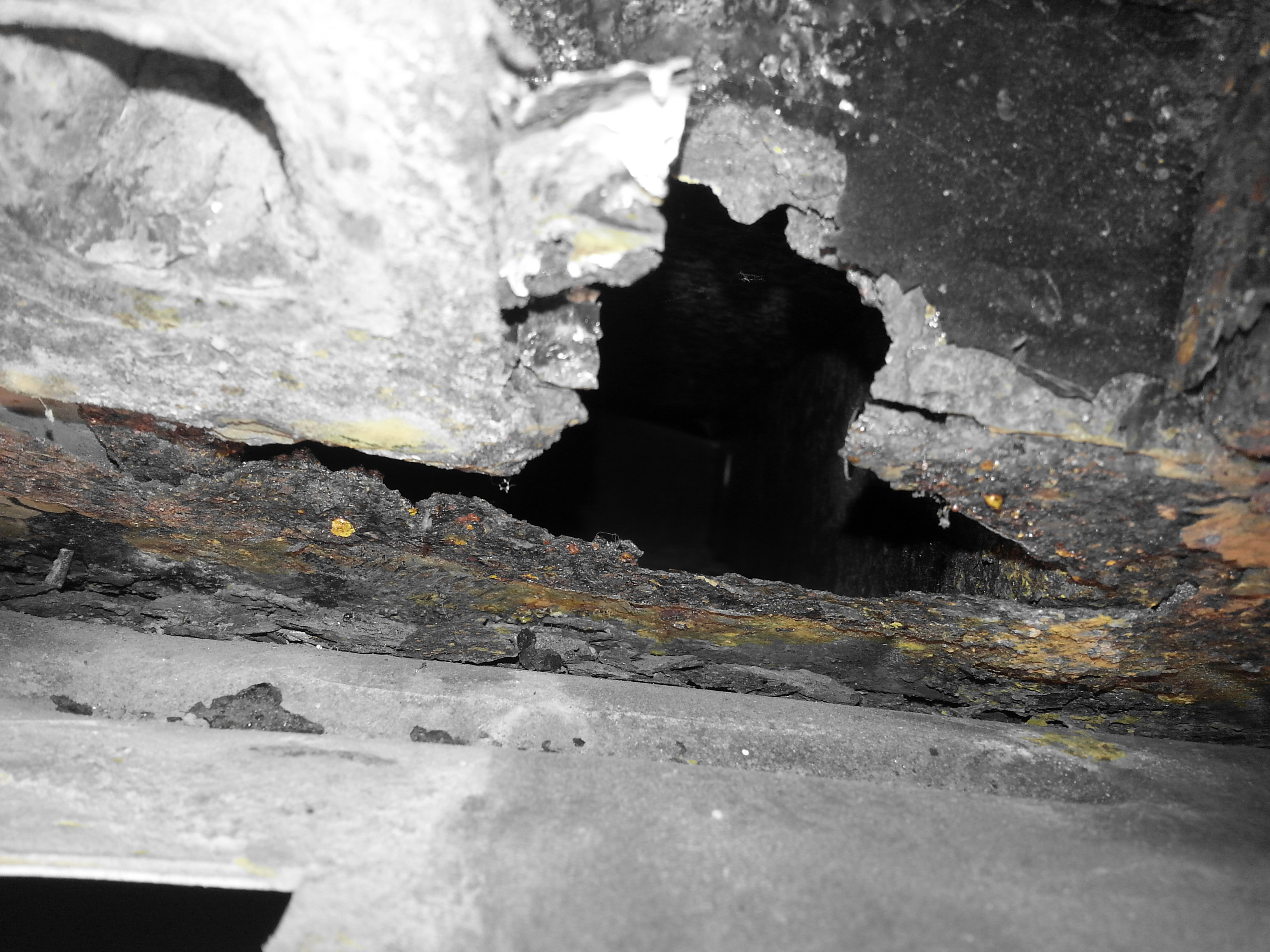 A hole straight through the chassis in the back seat buckets 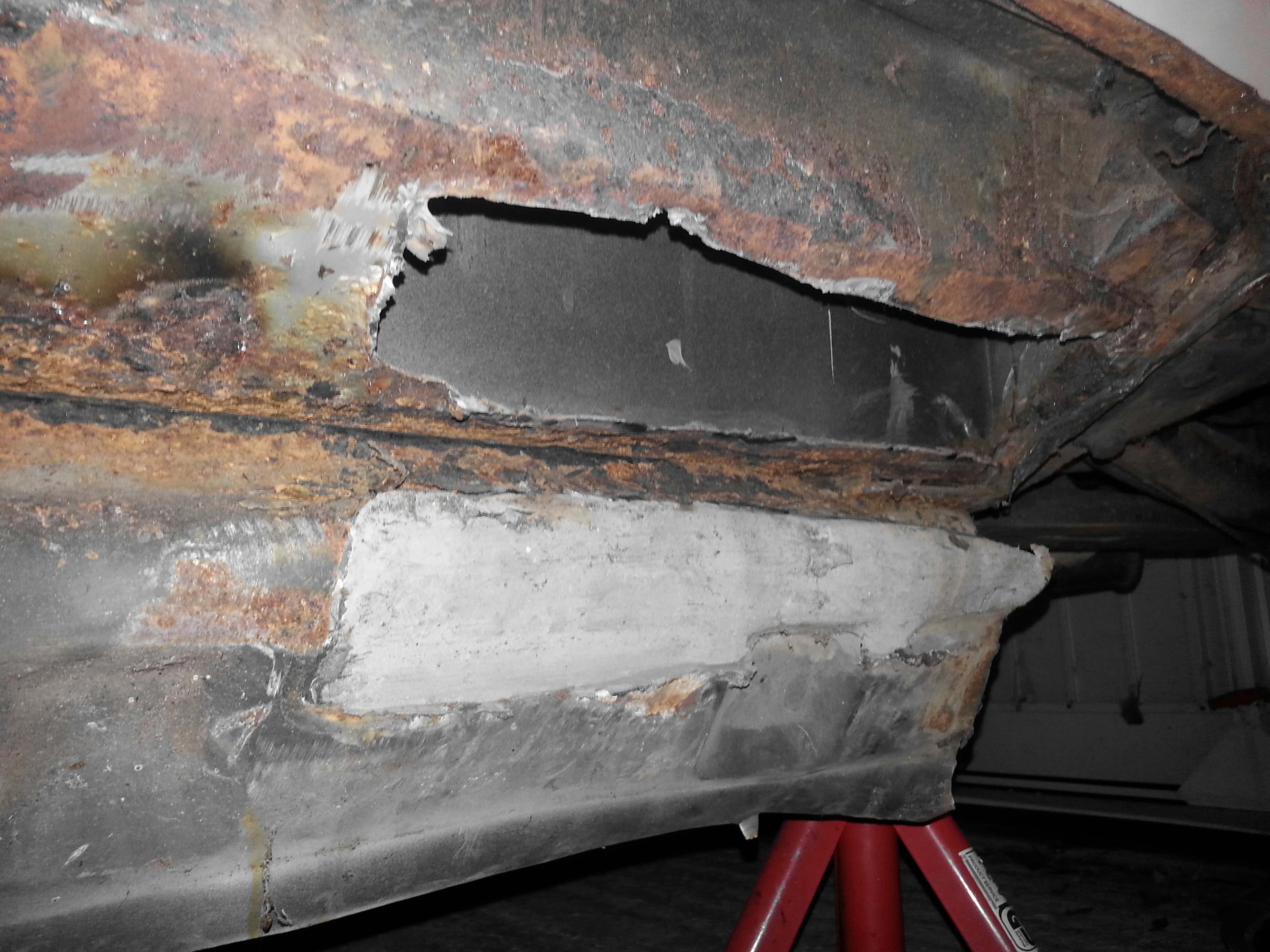 From the inside of the car 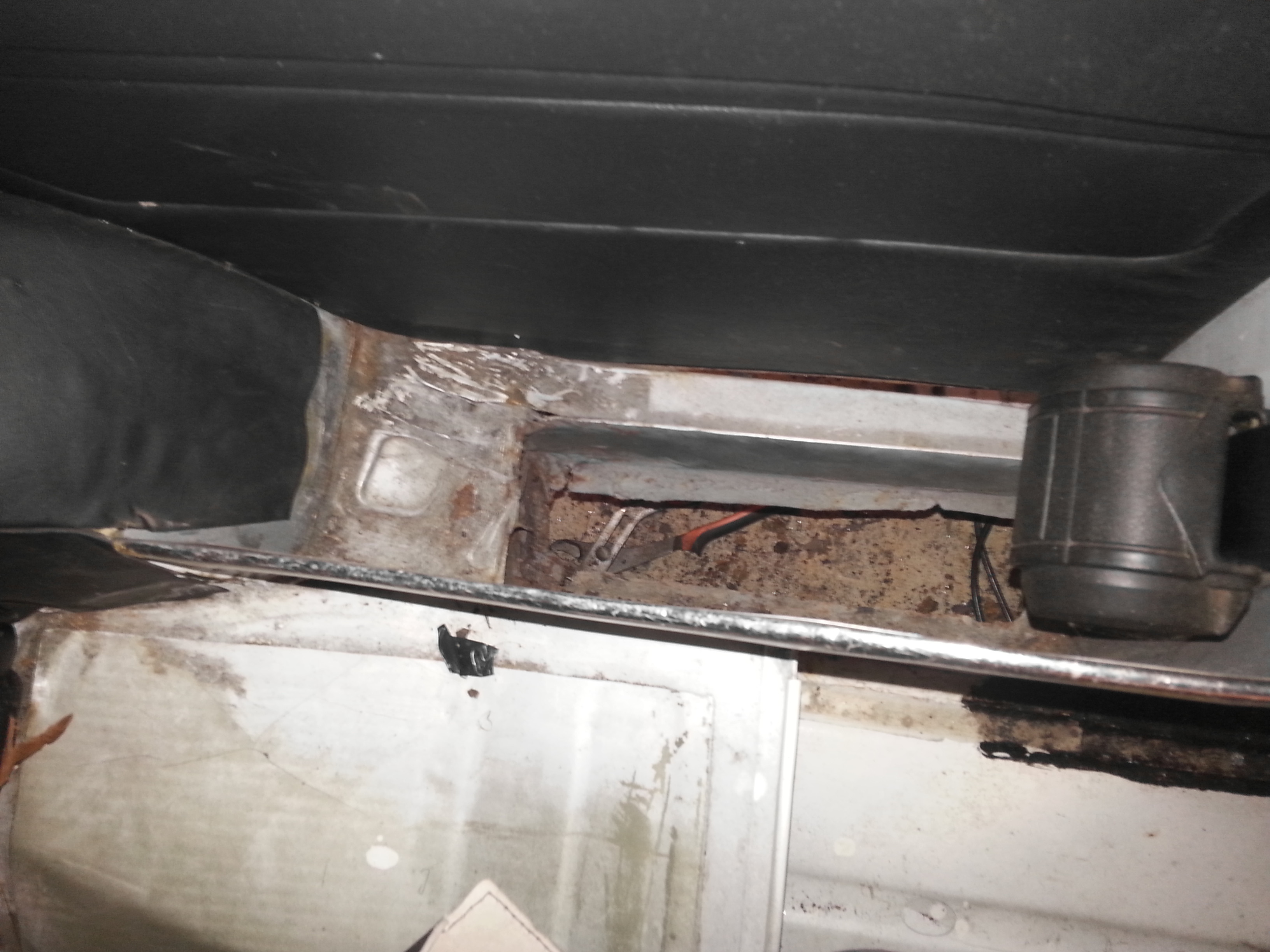 Some cleaning, cutting prepping, template making and welding is to follow. This is after stripping the right side oversill of course. On a good tone the wheel arch seems to be in good condition.

I have also investigated why the wheel was rubbing and it seems to be result of worn swing arm bearings as there is excessive play on the arms.

You might consider using some M-machine half floors to repair that or at least, inner sill to first groove as i have done. Would make life much easier.

M-machine would be best. They have an online catalogue but you need to make orders over the phone. Doreen there is very helpful and will sort you out.

What i do is find the part on the catalogue, jot down the part number(s) and then ring up and place the order.

Delivery is swift too

Thank you for the advise Ben.

4 user(s) are reading this topic