Not a massive amount of progress the past week or two.

I realised I had a later front panel so I had to work out how to resolve the gap between the front subframe and front panel. 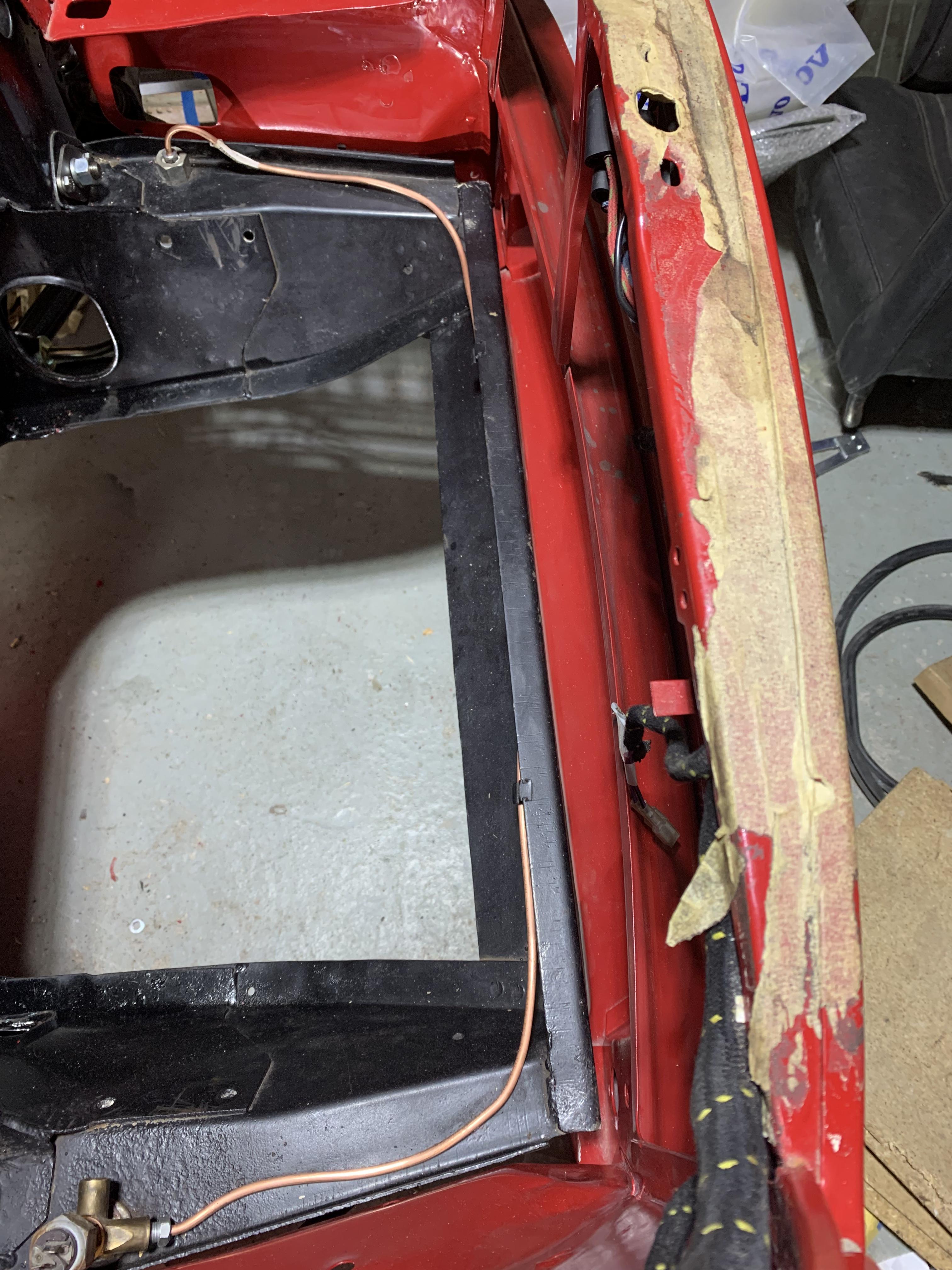 In the end I went for the solid mounts. These were very tight, but once in, they sorted an alignment issue I was having with the floor/bulkhead bolts lining up. Now there mm perfect. 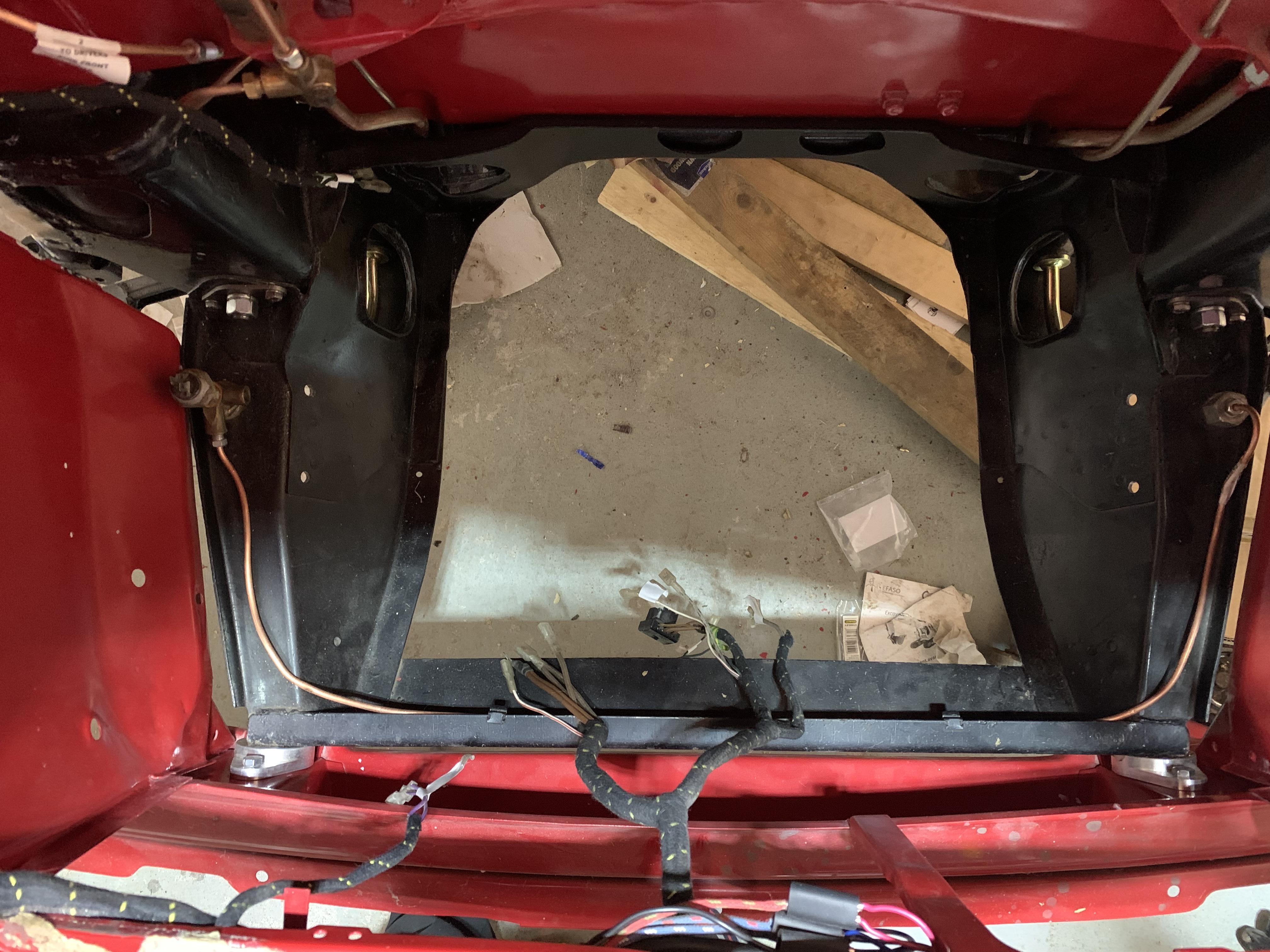 Then I realised I had missed off the dust cover for the hydrolastic displacer unit and a bump stop on the upper arm. So the subframe came back out, the bits installed and subframe back in. 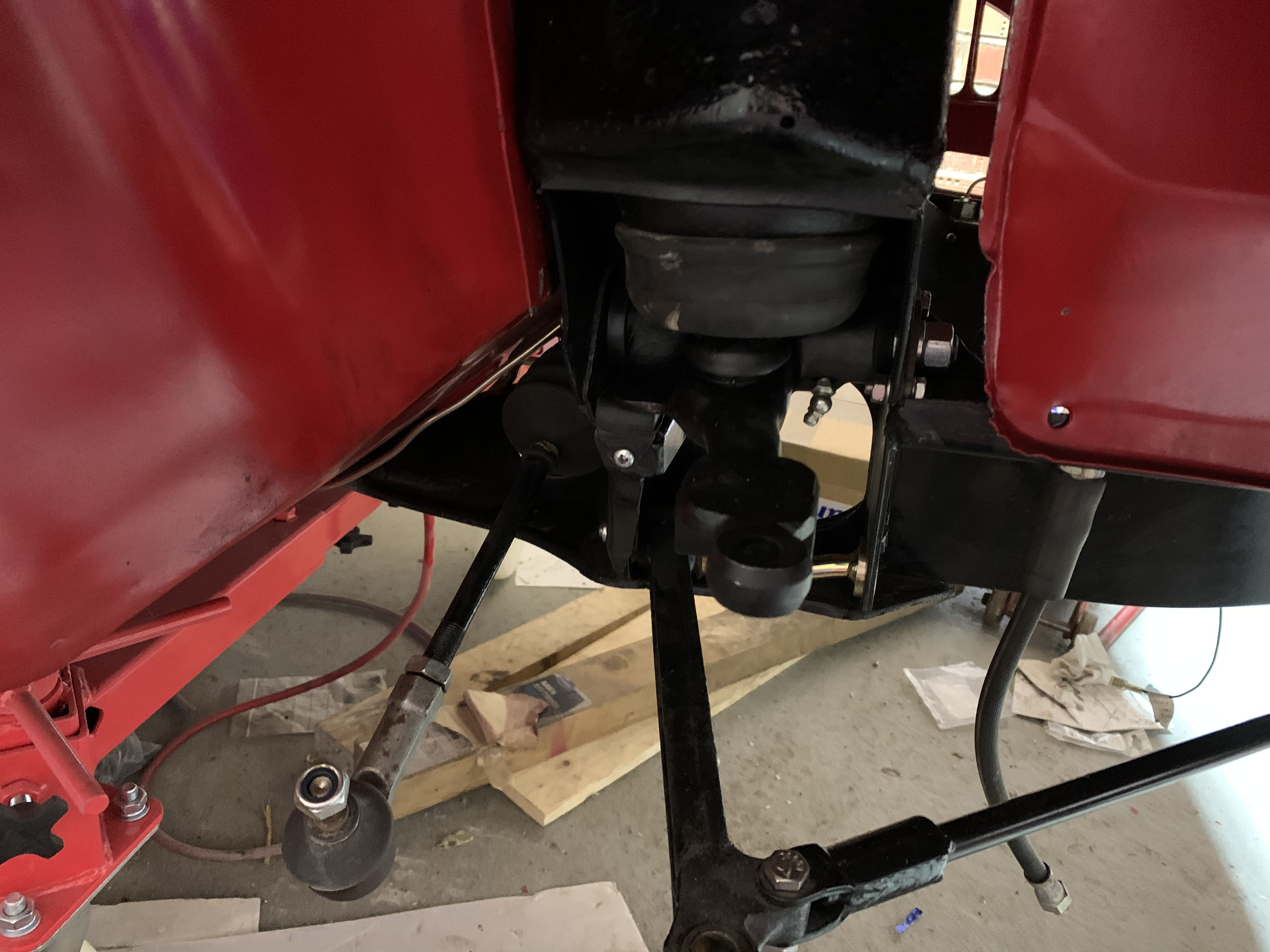 As my dad was over we decided to tackle the head liner. The headliner has seen better days and has stains, but I really didn't want a new one and didn't want to risk cleaning it. So it had a light brush down and was fitted as far as it could go. It has latched on, but there appears to be a gap. Is this correct? There is no way this can be flush as it would need to move forward/back at least 15mm. There is no way it can move any further. The sides need a little tweaking too. 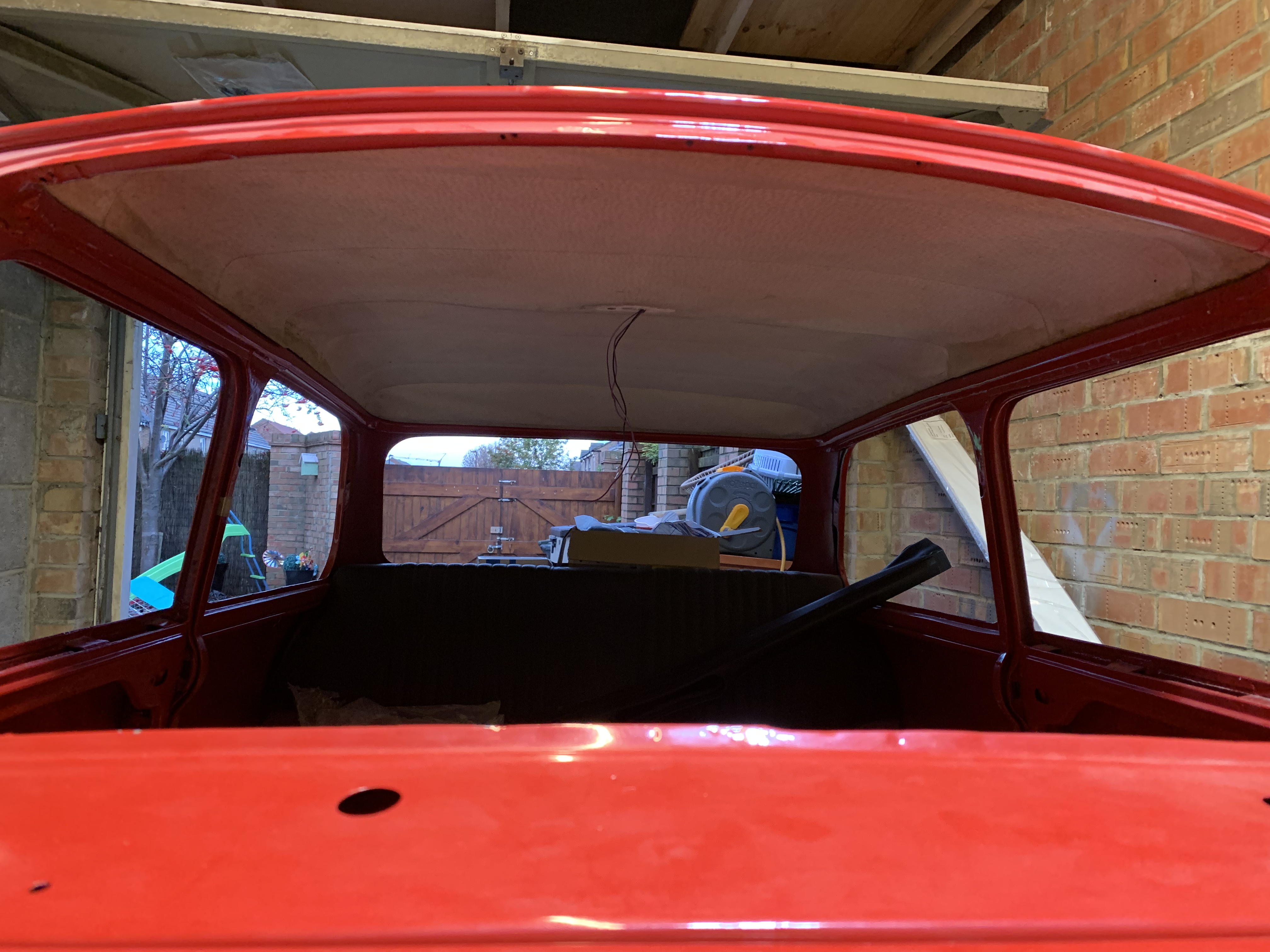 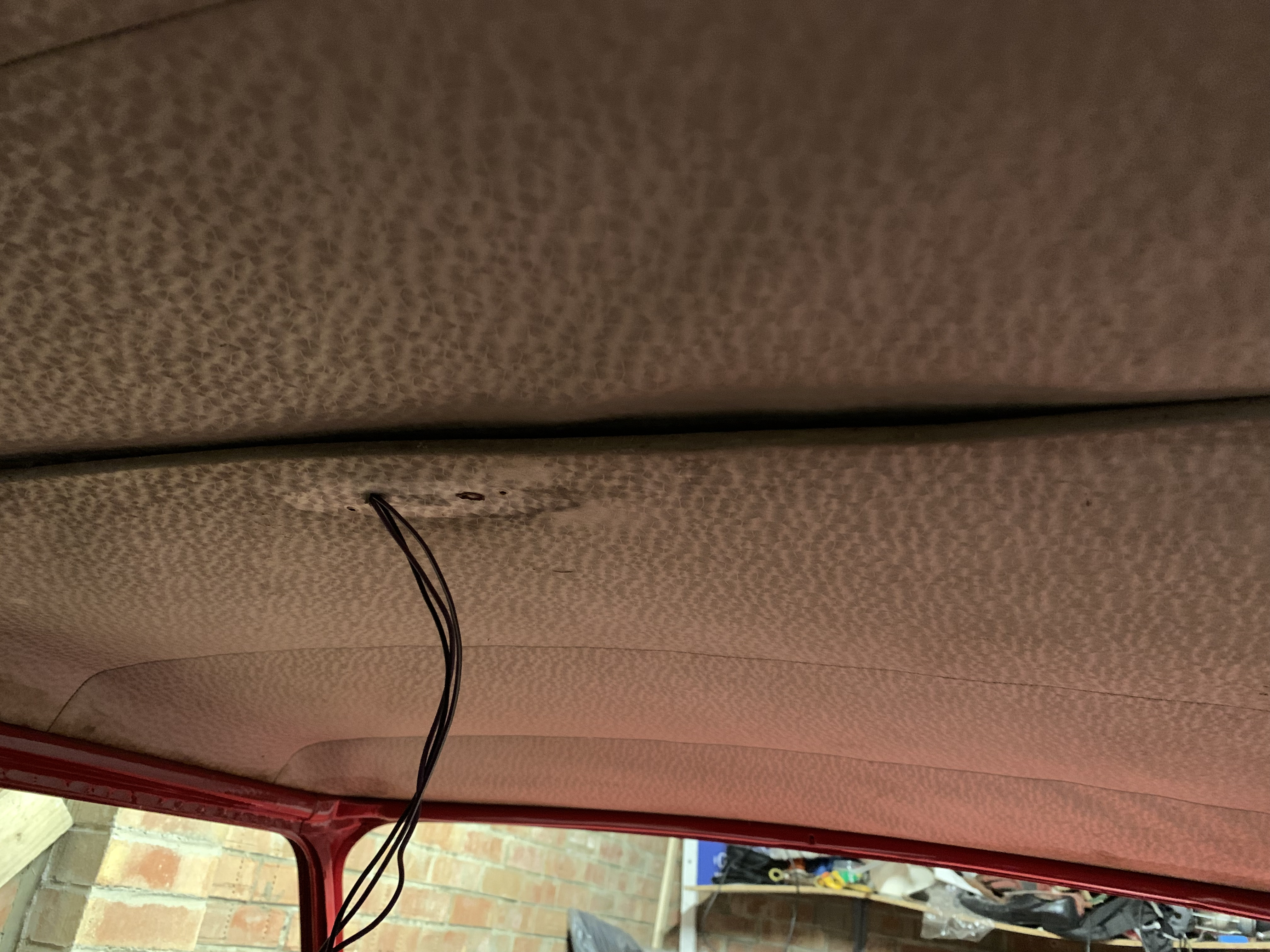 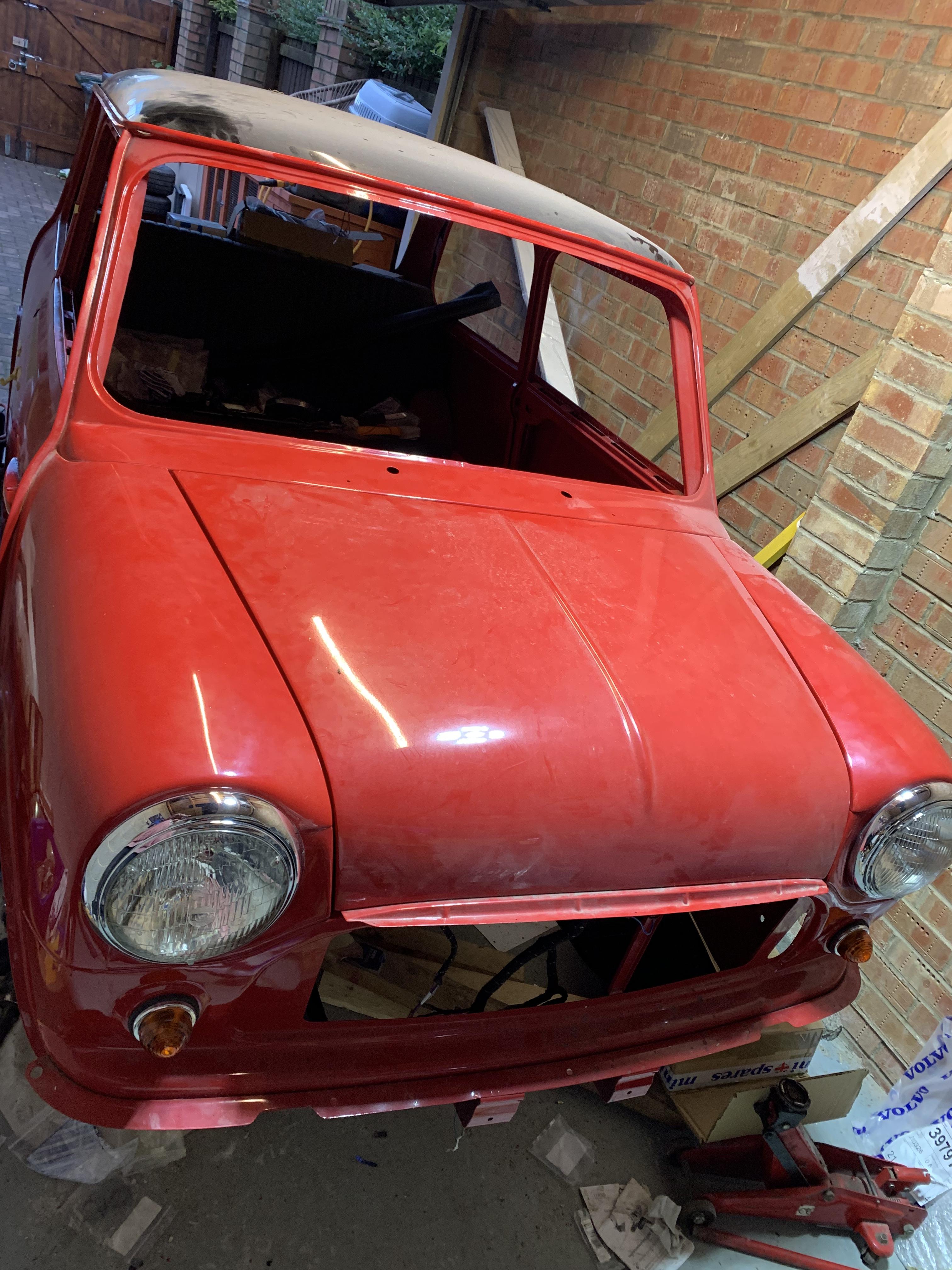 Now for the carb, do I send it off to get professionally restored or just give it a quick clean up? It also looks like it did have a brake servo fitted so think I will need to blank off one of the pipes. 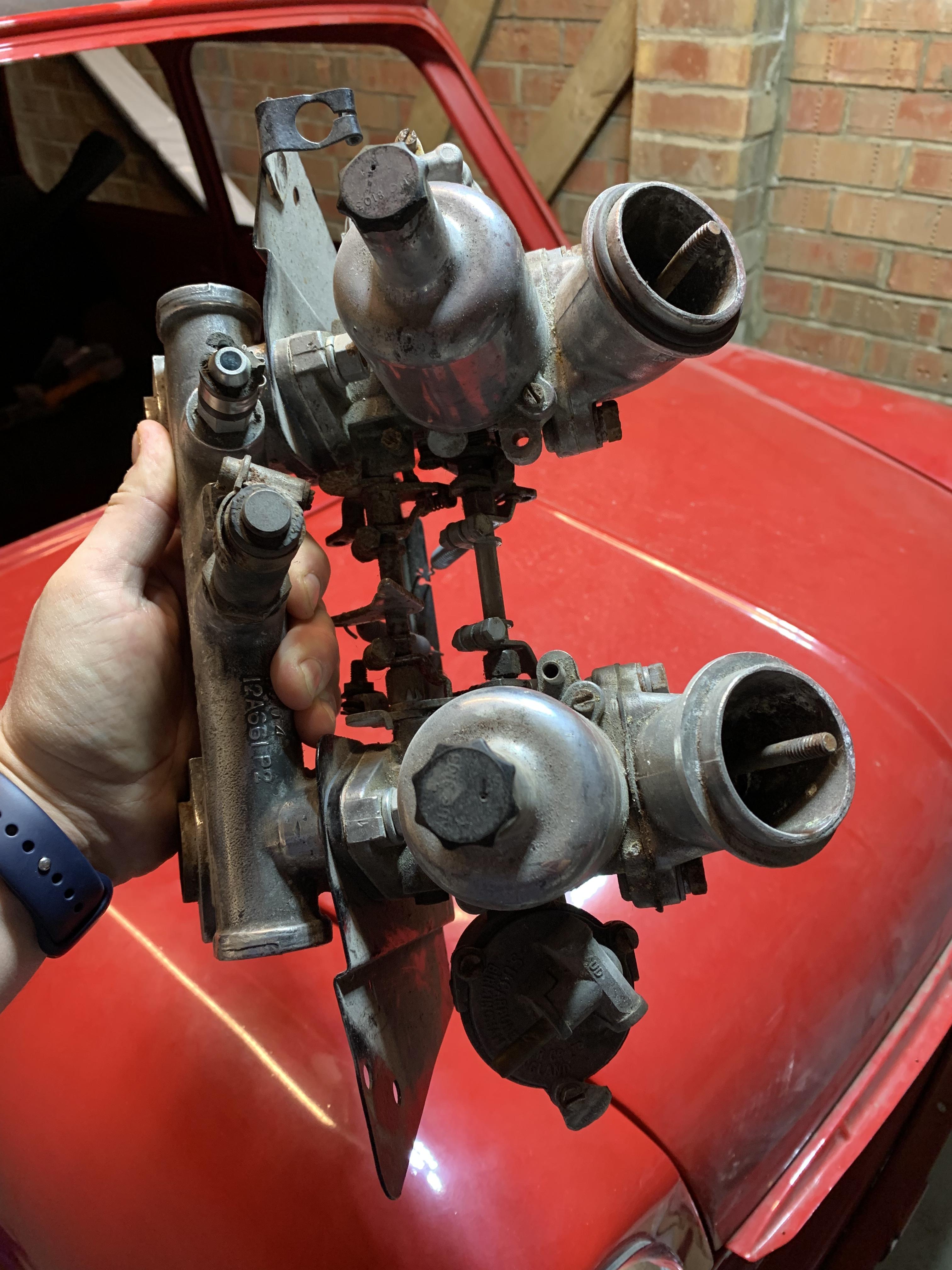 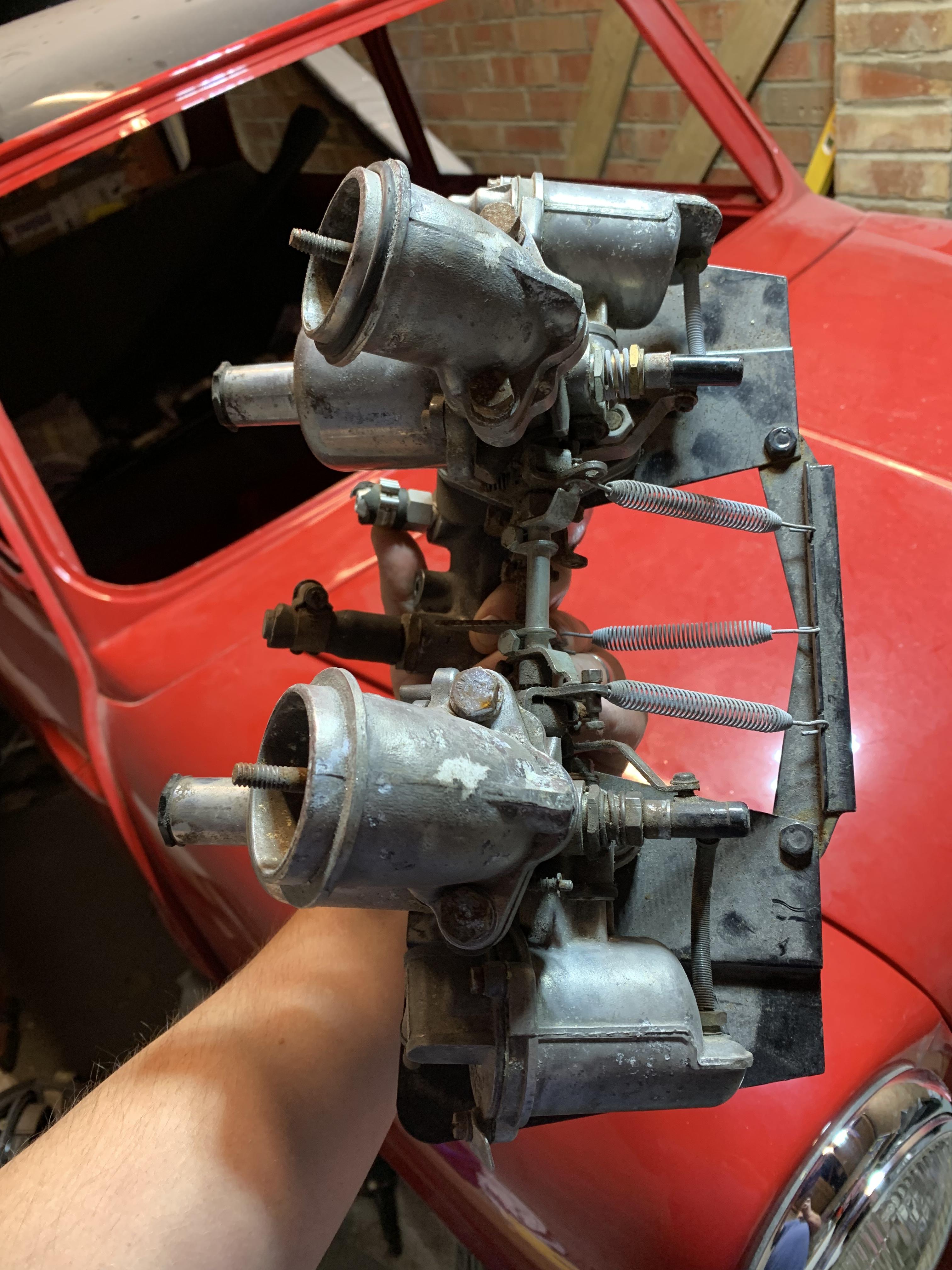 Su carbs are pretty easy to restore diy, only difficult bit is if the spindle bushes are worn, may need to be done at a machine shop, but I have built a few sets and never found any worn, so a rebuild kit with new needle and jet has usually sorted it.

I'm no expert but maybe the roof interior panels are different between a Mark 1 (which is the headliner you have) and a Mk2 on shell?

I would think the headliner frame is a little out of shape, maybe removing it again and reshaping may get it to fit better, from what I remember there are tabs on one half that lock into the other half, the only difference between mk1 and mk2 is the rear c post trims due to window size difference.

No update for a while, but been working away:

First was the radius arms. They look to have been refurbished but left outside so the bearings were solid. I pulled the old bearing and fitted a new pin and roller bearing. Thankfully the solid bearing was brand new and had already been reamed. 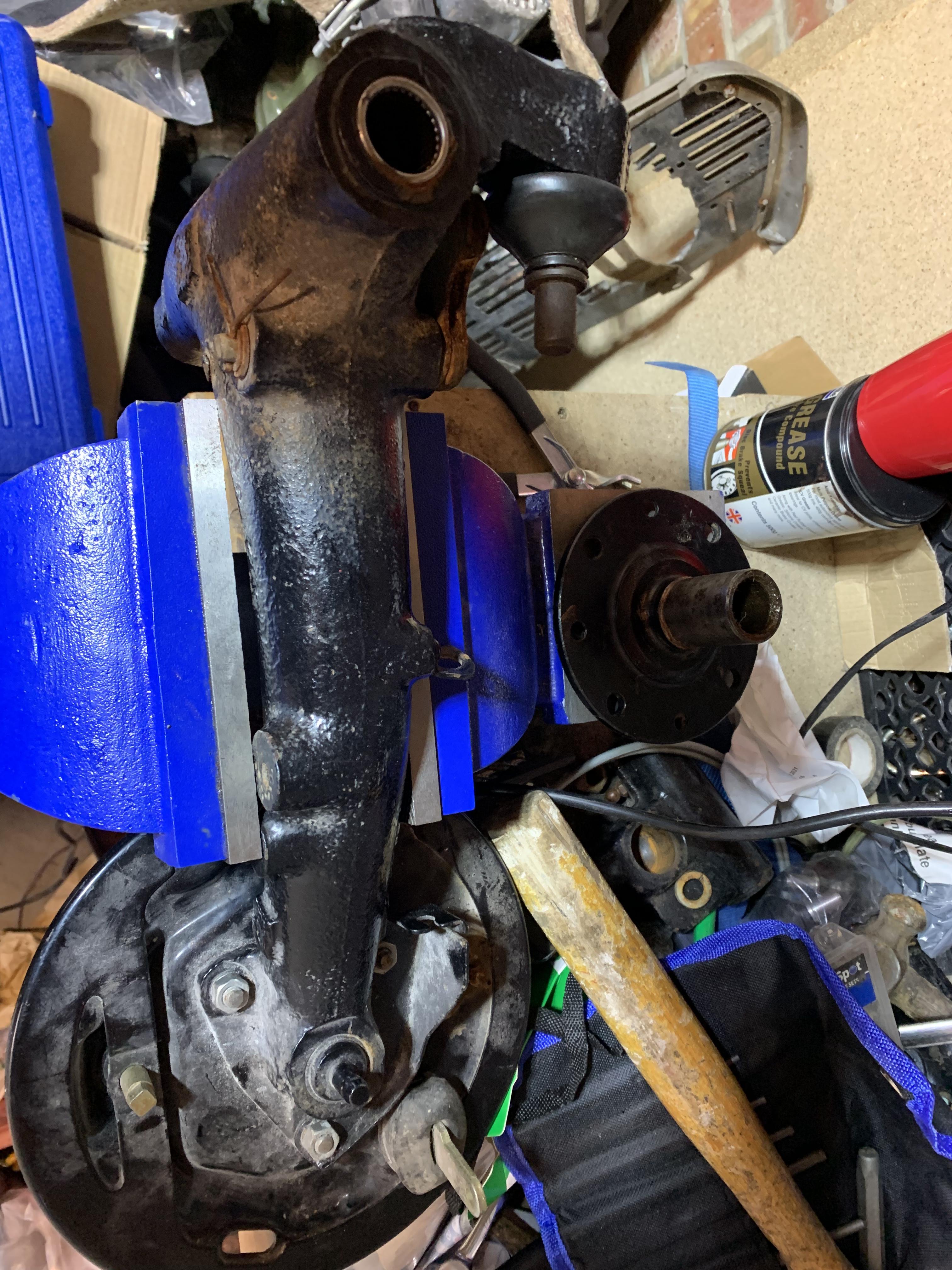 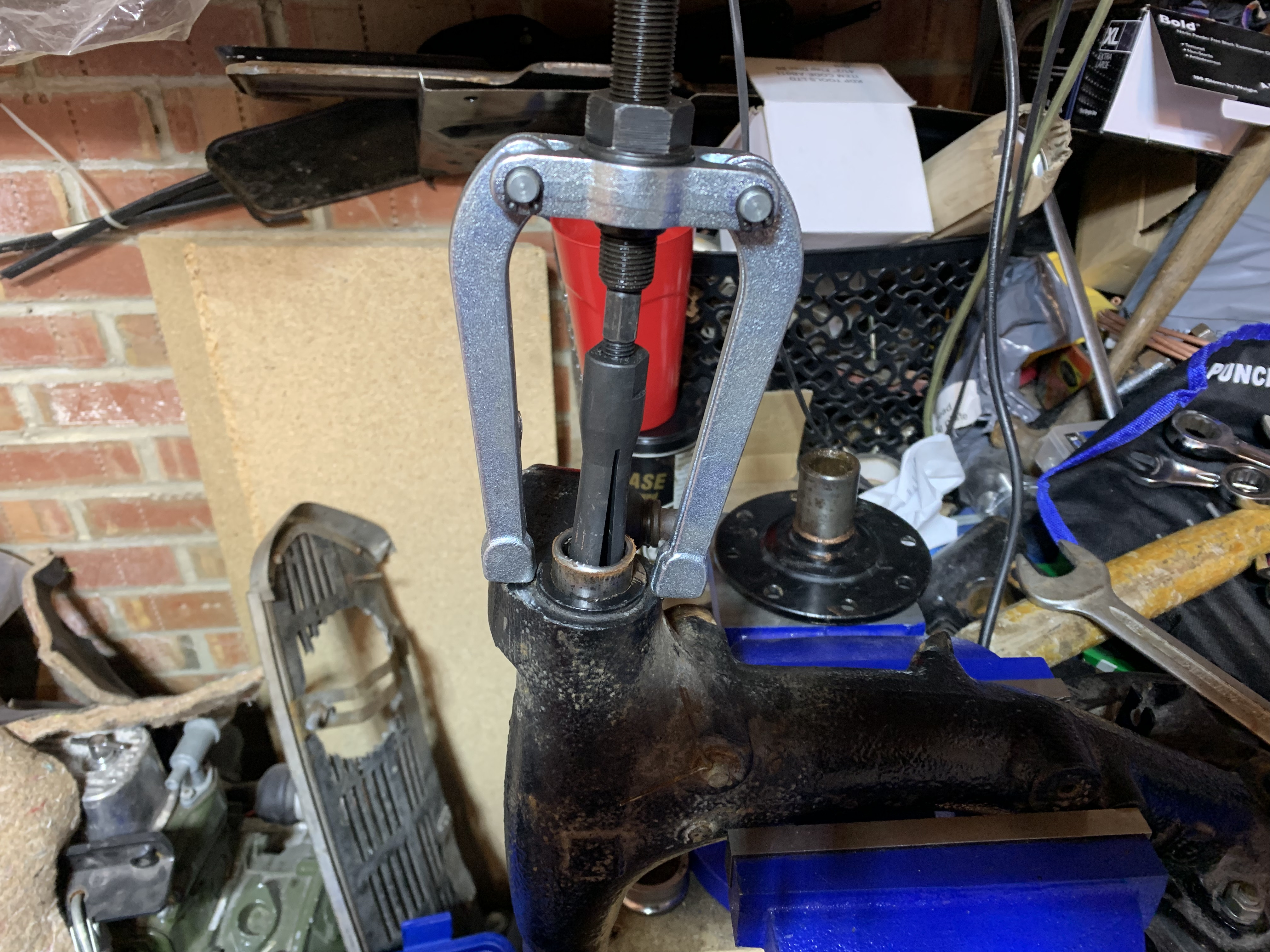 I then mocked up some of the interior and trim 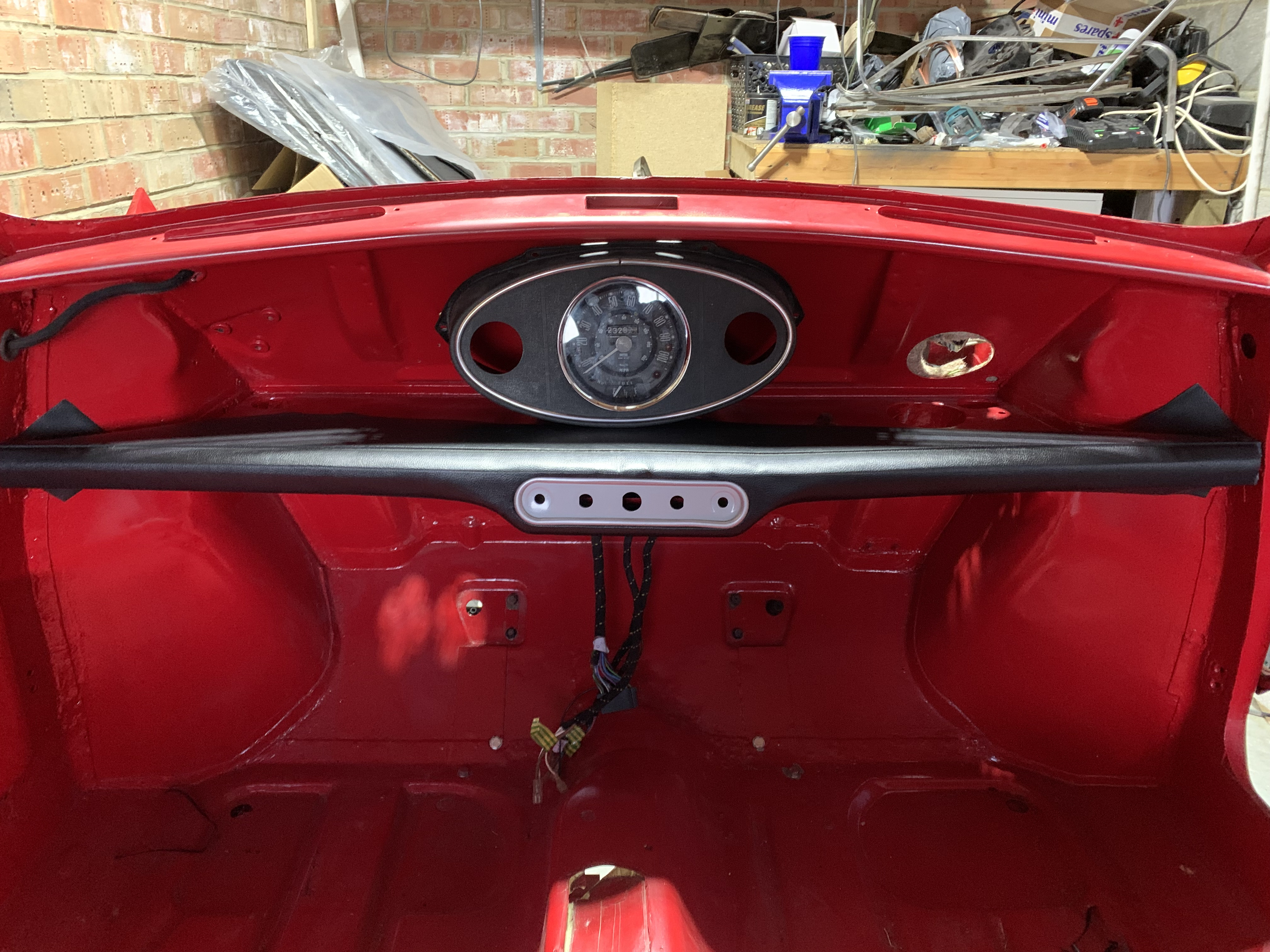 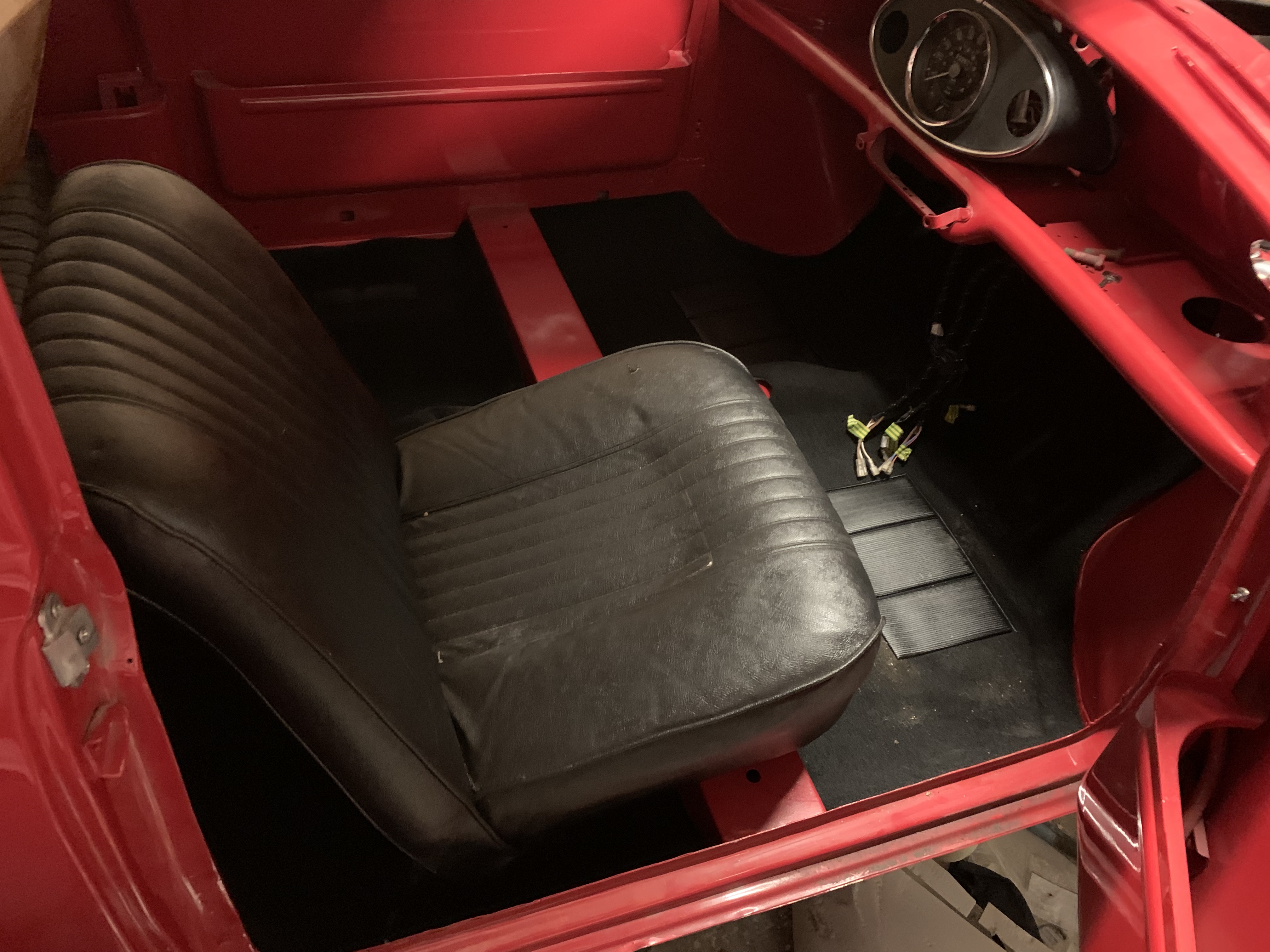 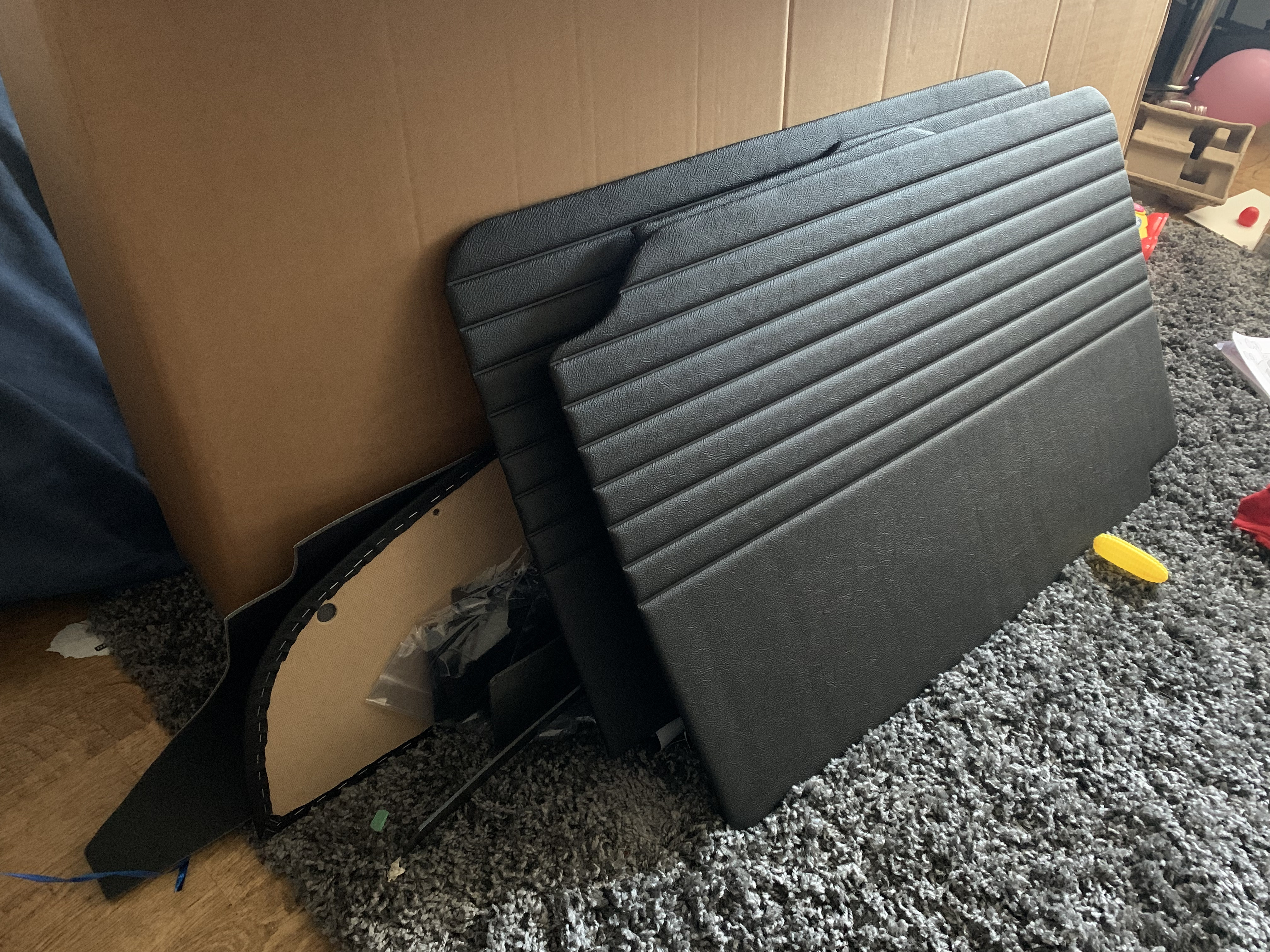 Then it was time for the engine to go in, I decided to buy a cheap engine hoist from eBay. I figured the engine would be in and out that much renting would would cost more 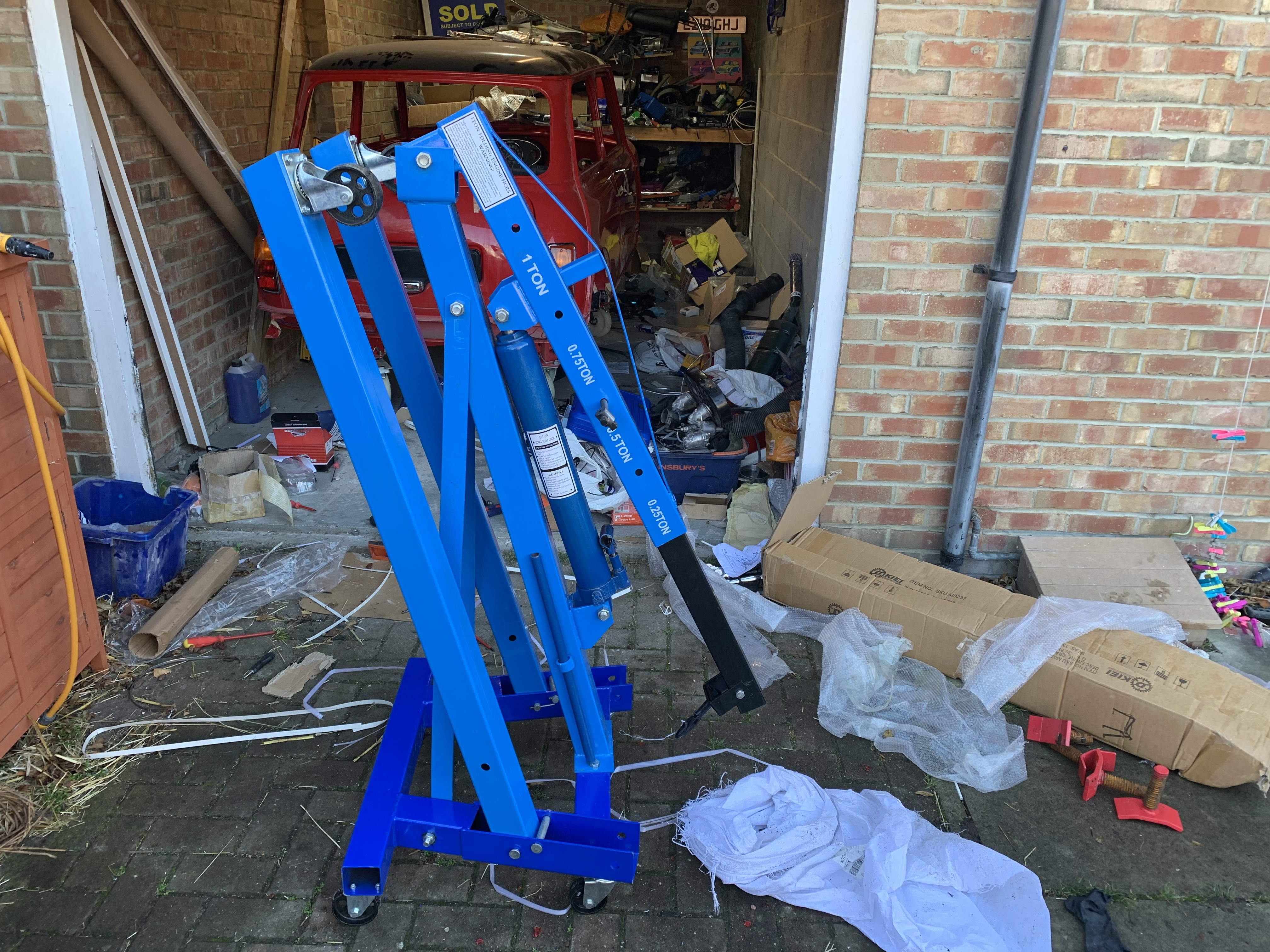 Took a few attempts to get it rigged correctly to go in with minimal scratching: 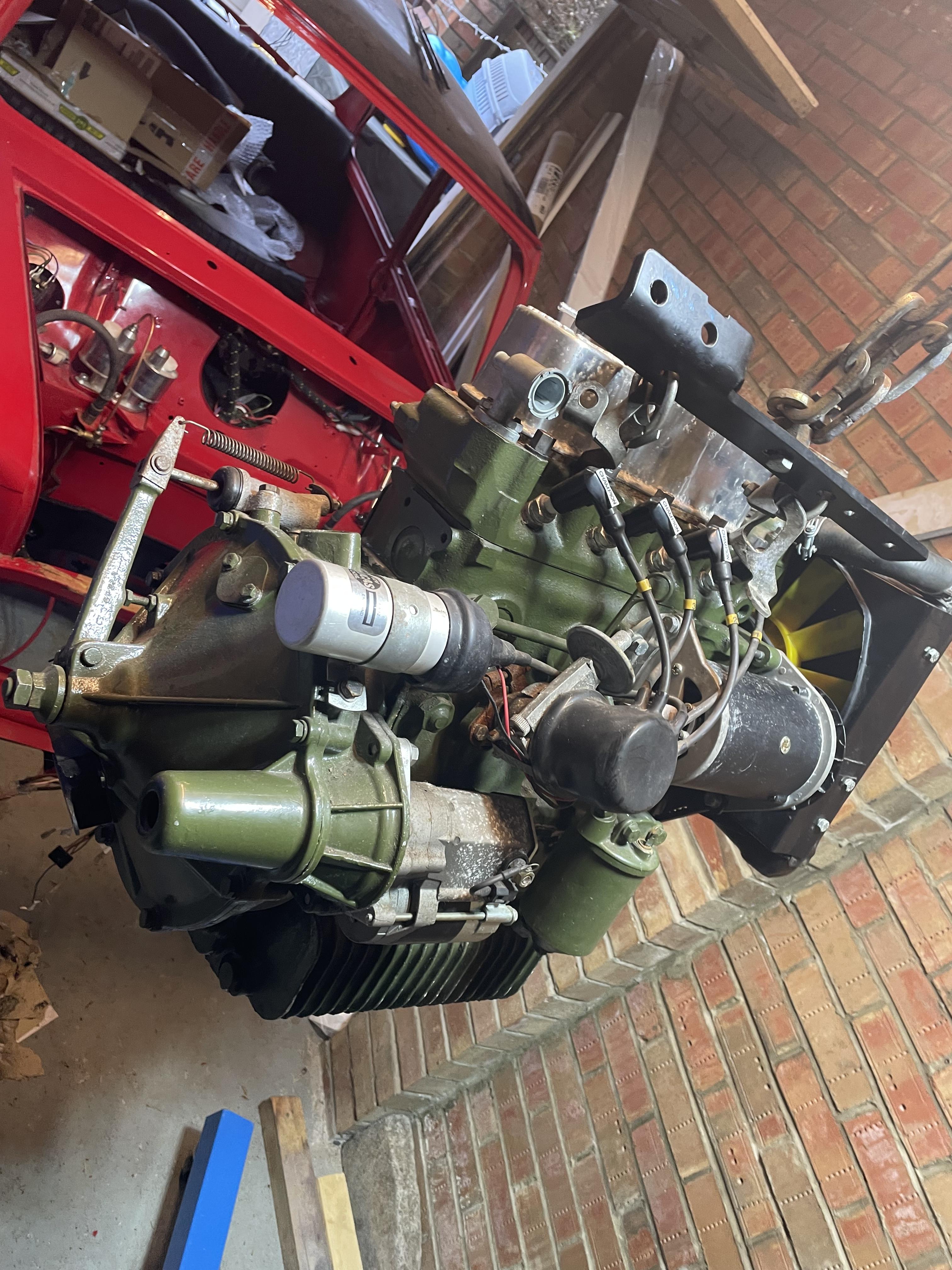 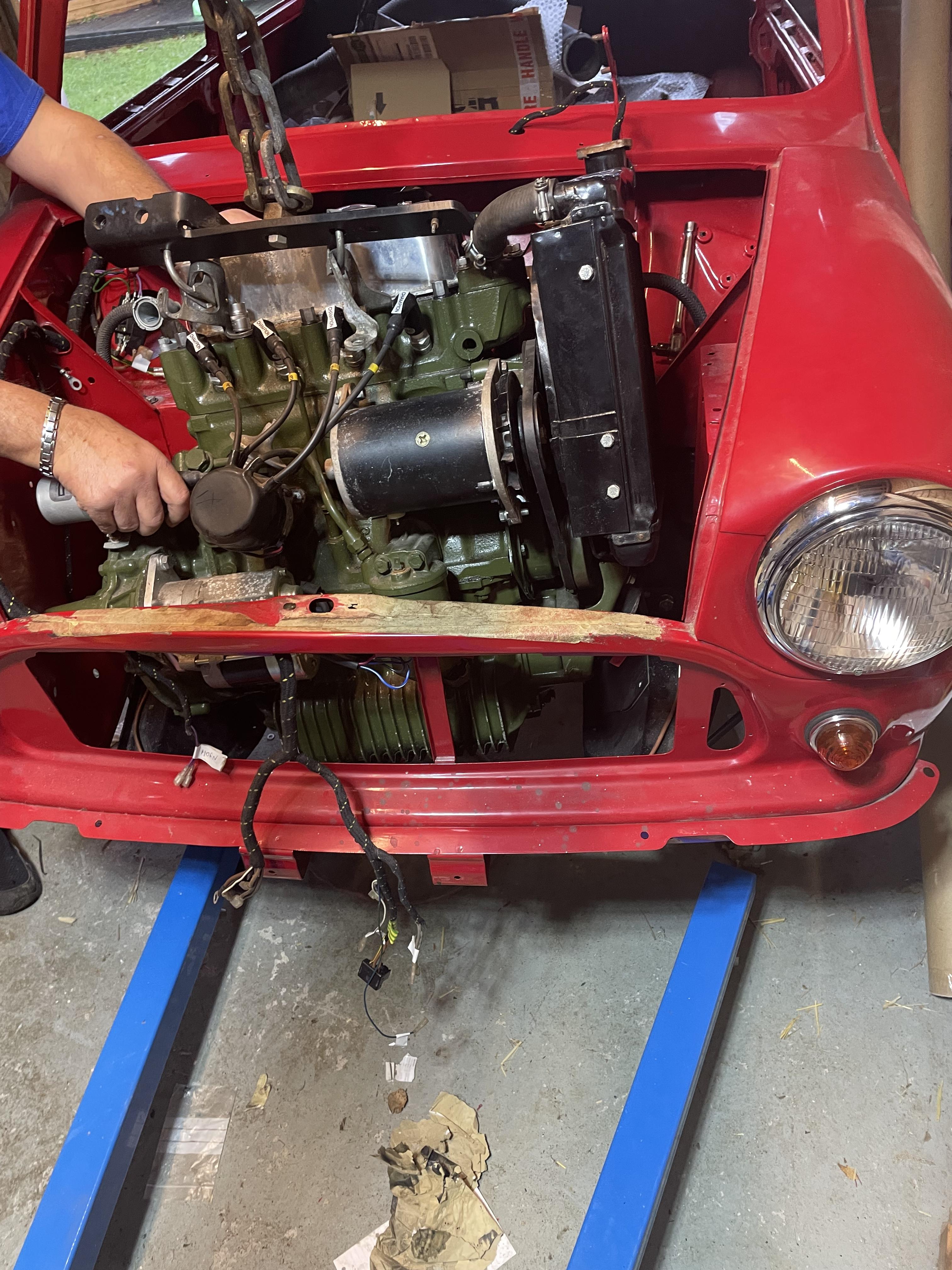 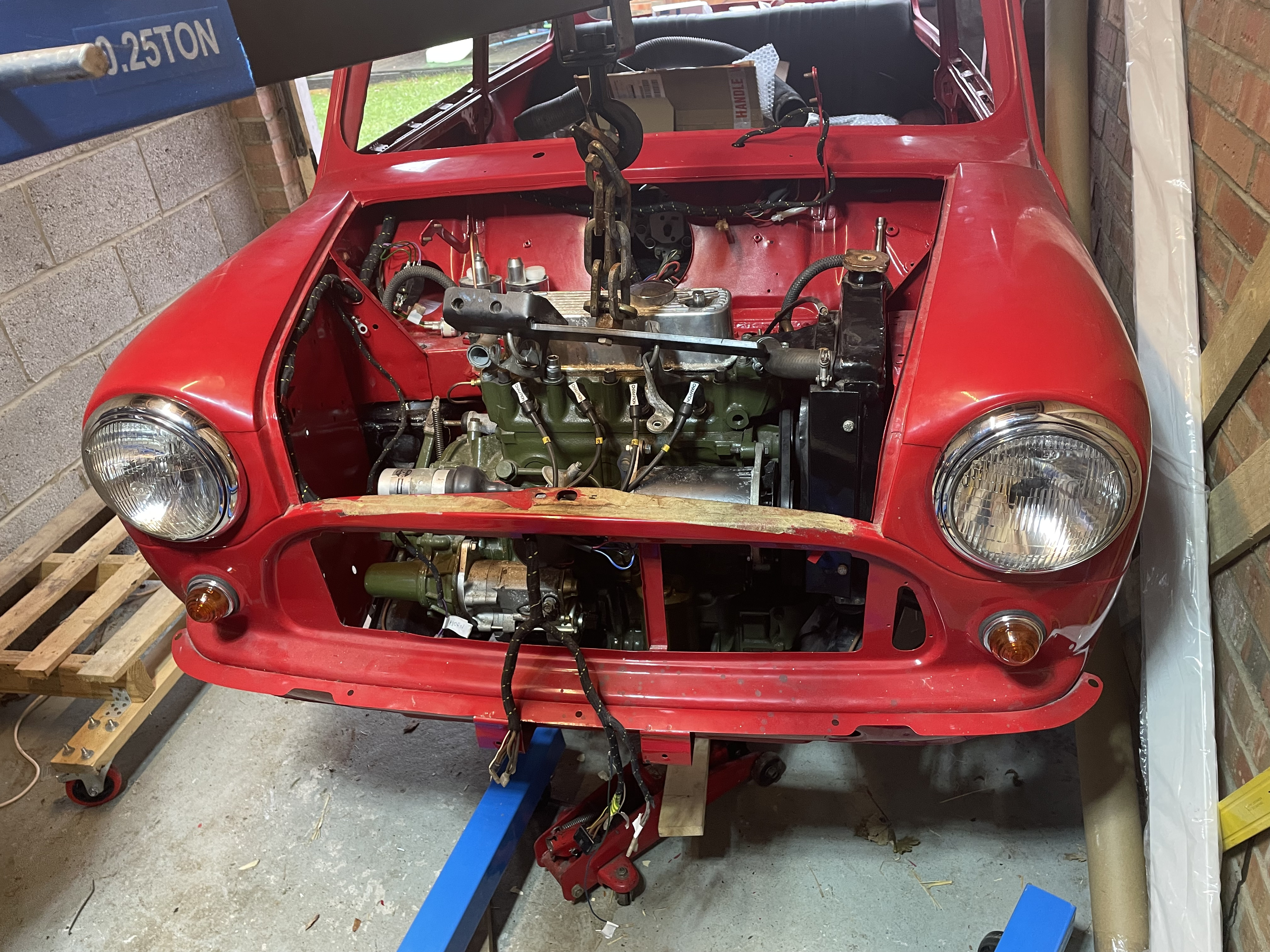 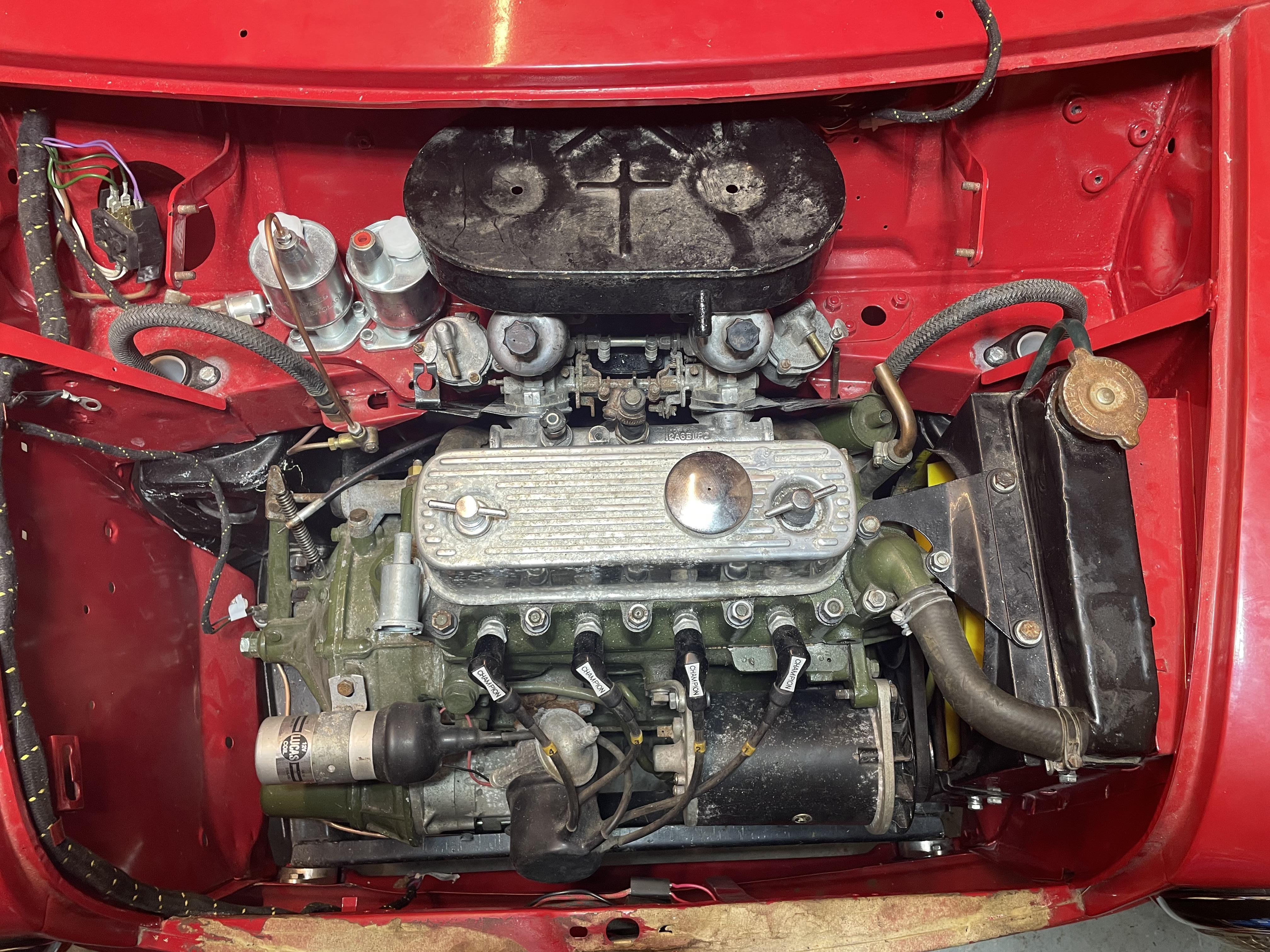 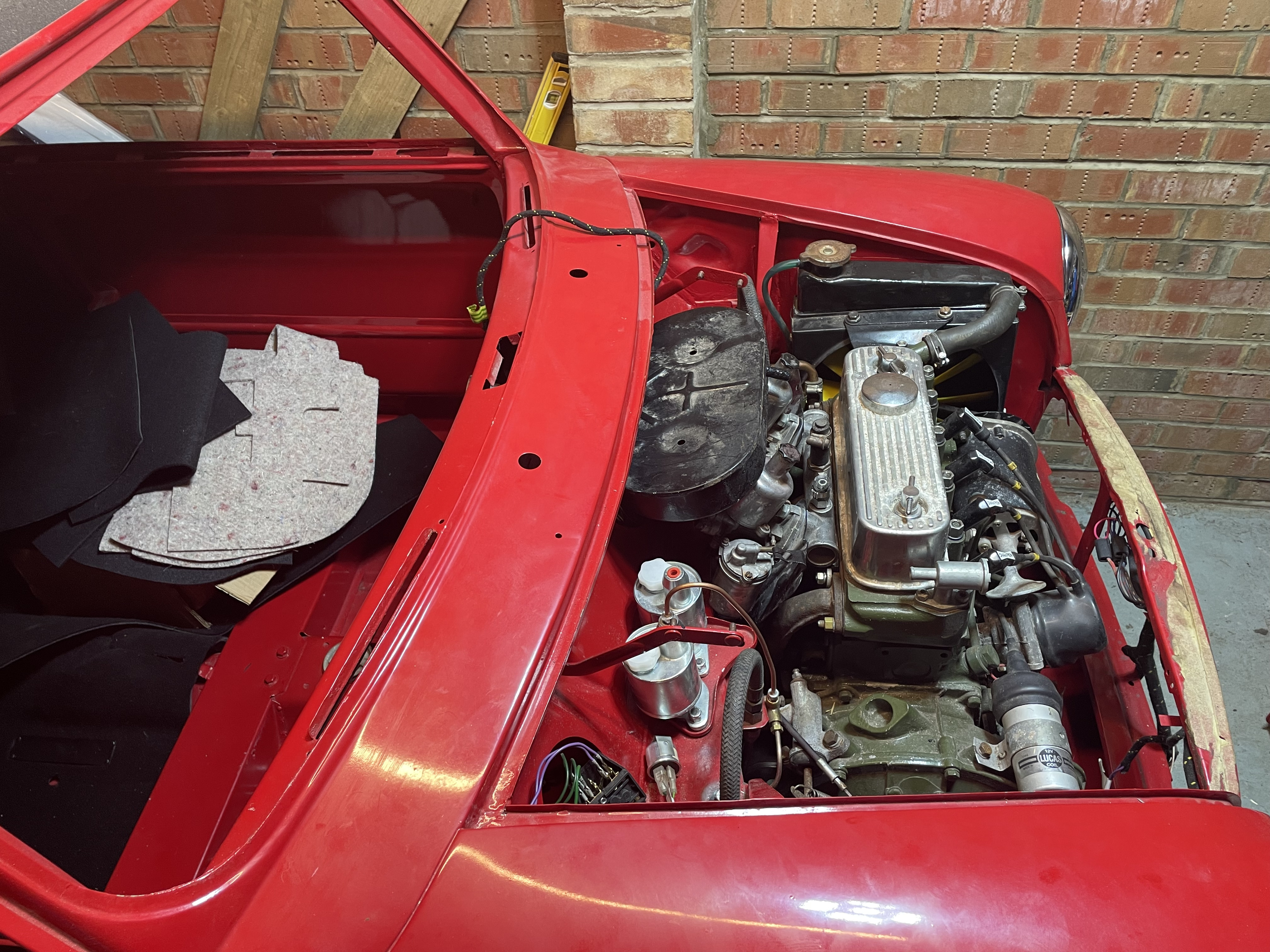 My main worry was the remote gear change with a Mk 3 floor. When the previous owner was restoring the shell Mk2 floors weren't available, thankfully they had already figured out the remote change issue 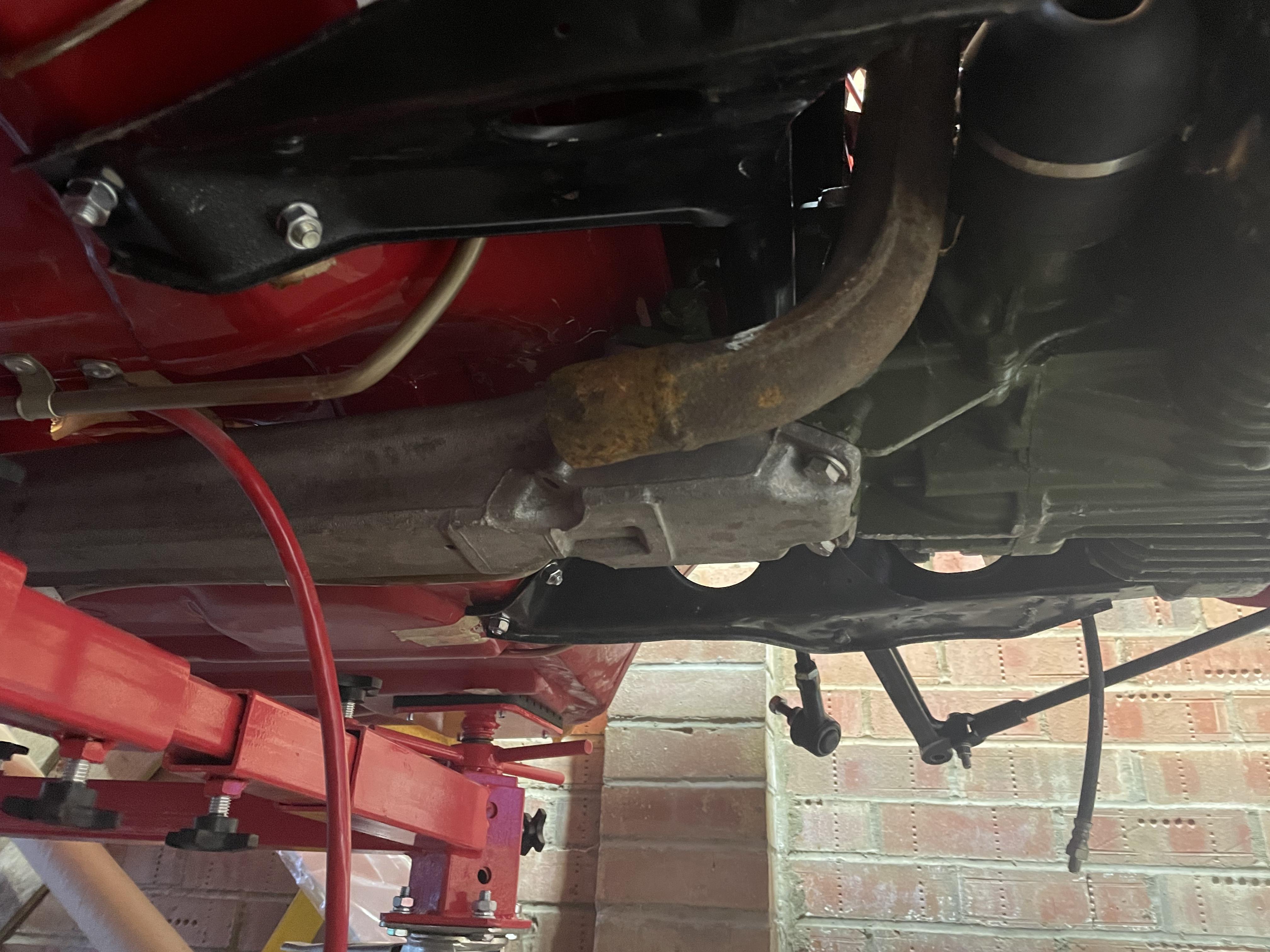 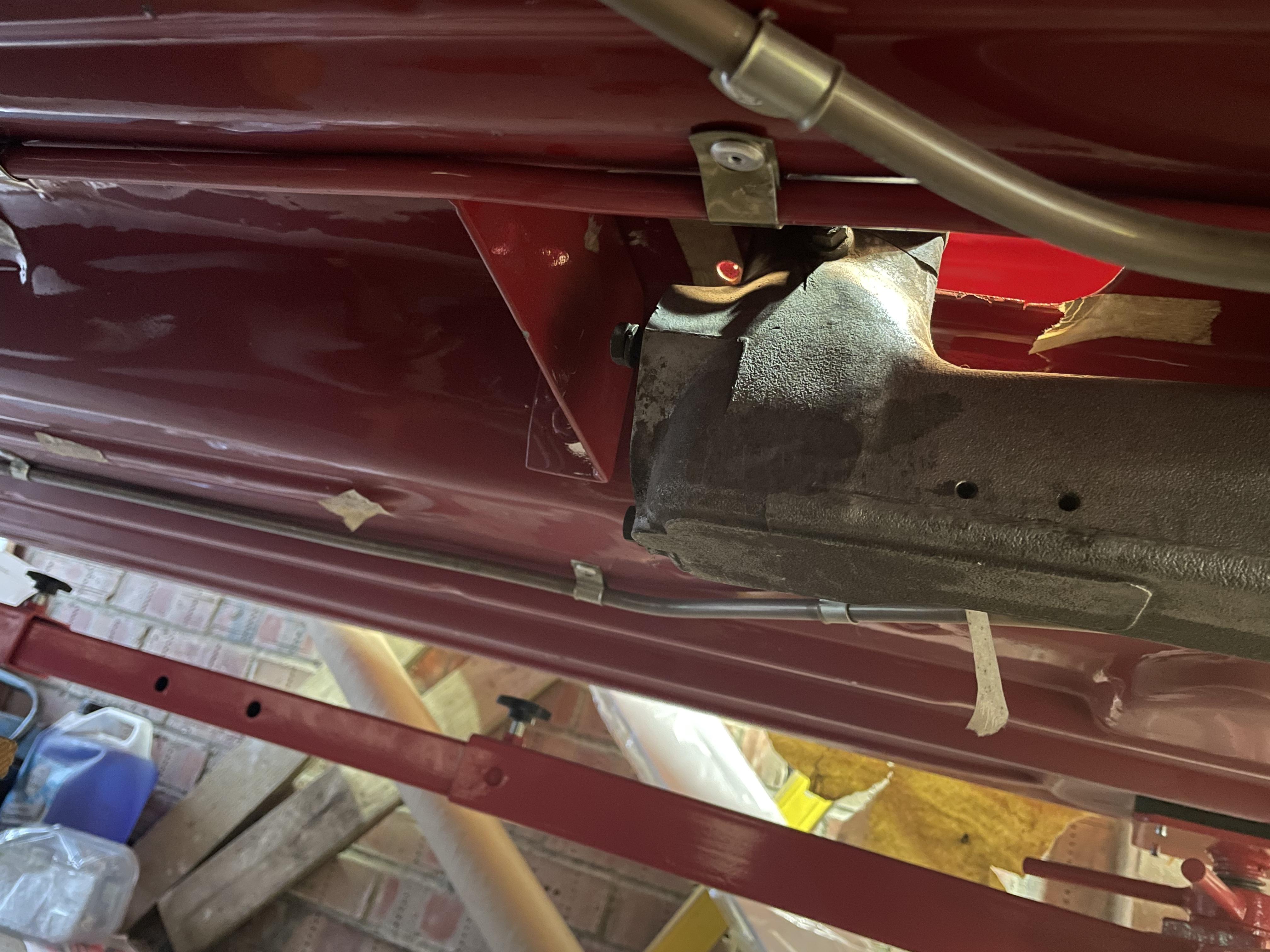 Thankfully we only needed to drill a hole for the standard remote change and it fit! This was a big relief.

Next was the sliding windows. I marked up the points that could be drilled with tape and fit the windows. This was much easier than I had feared: 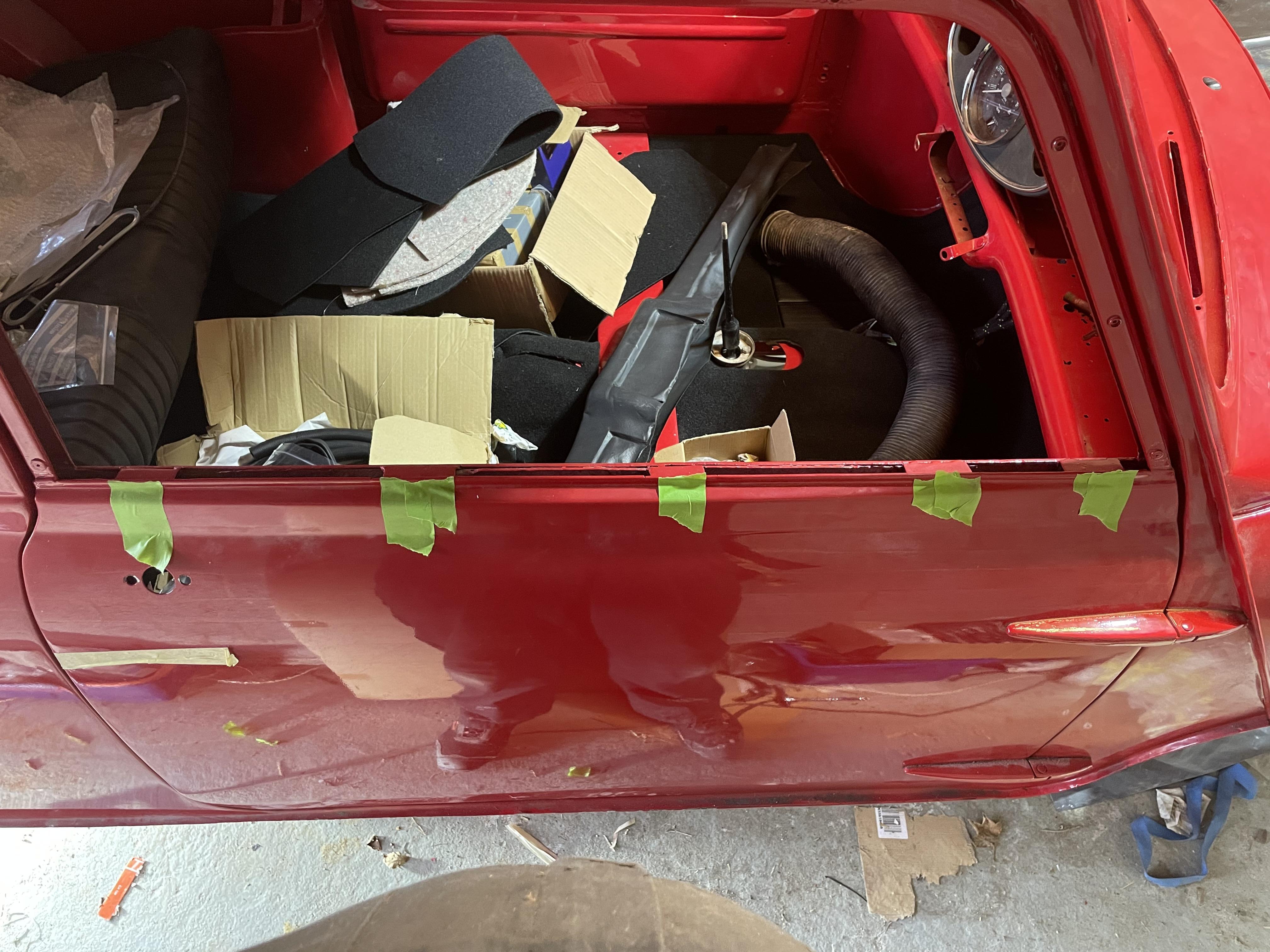 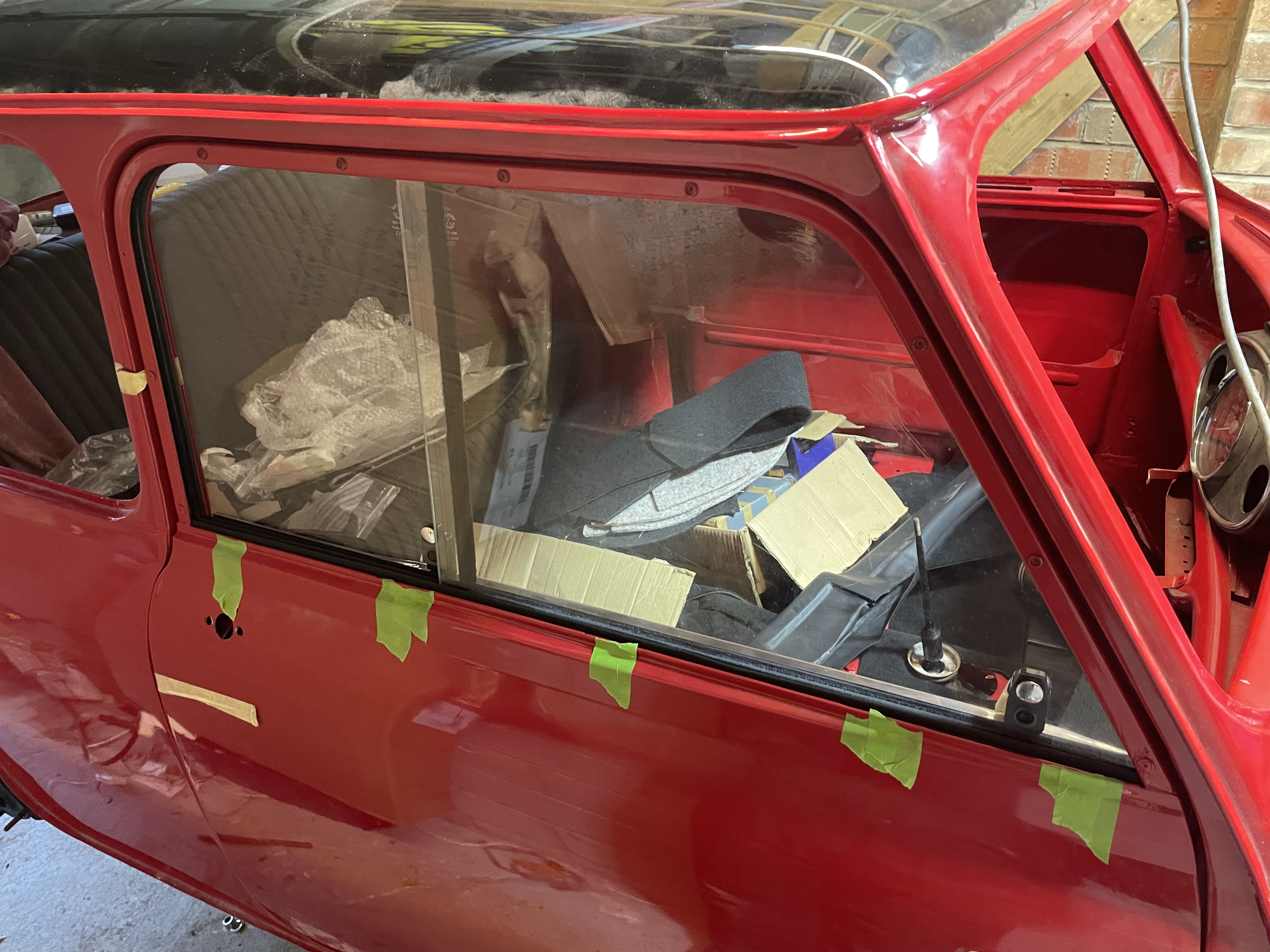 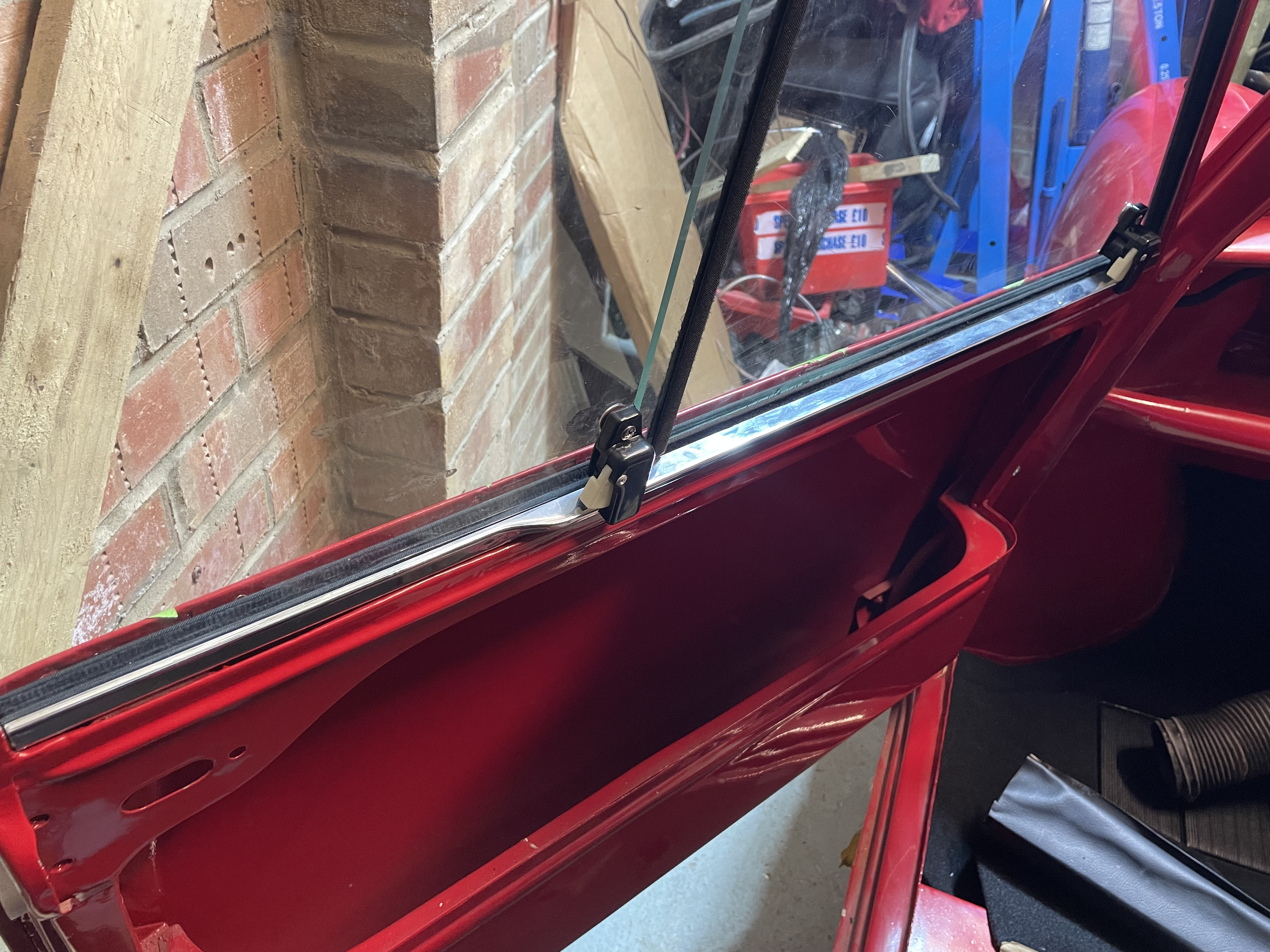 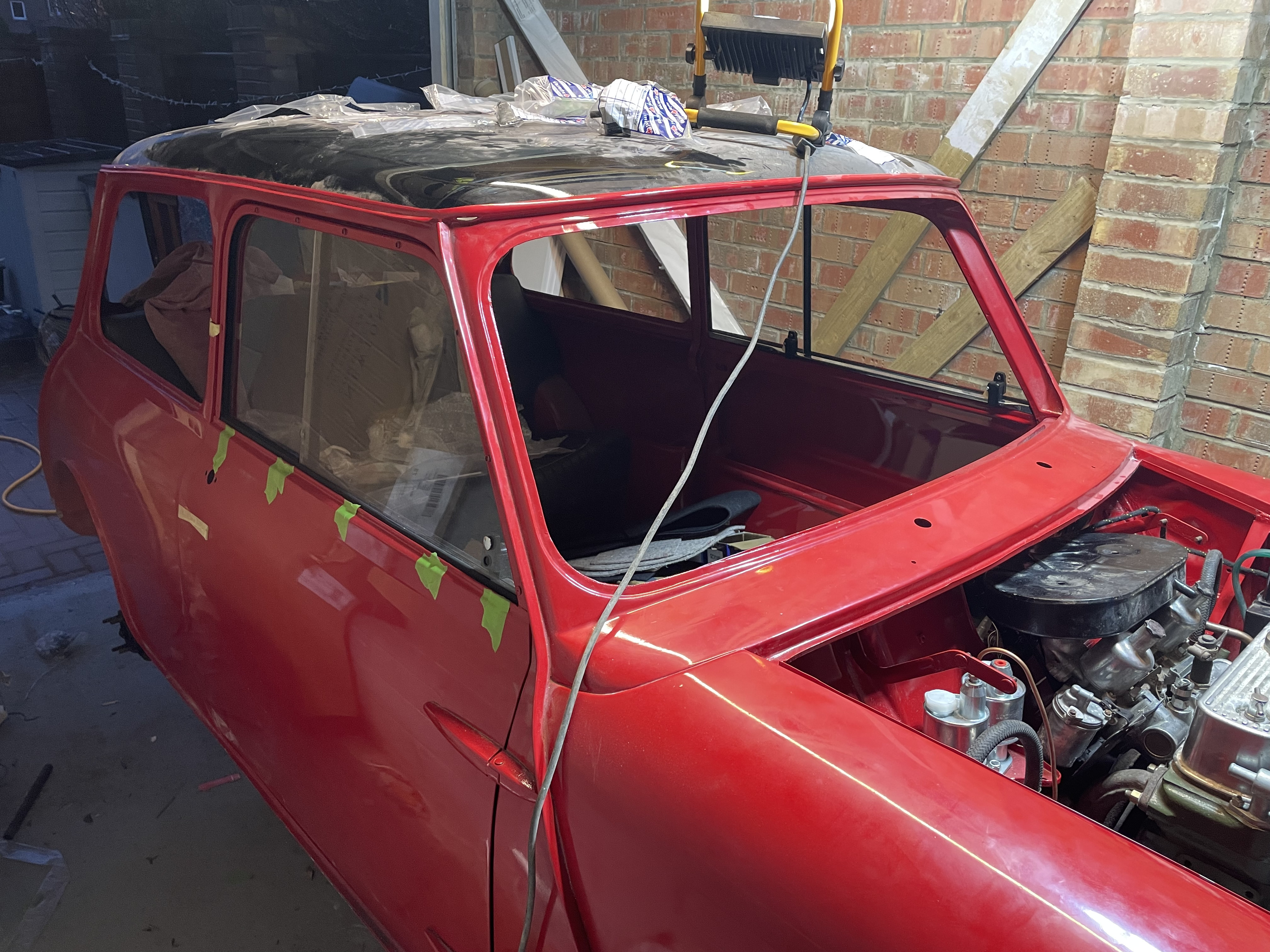 Next will be sorting out the ignition, fitting the radius arms and front hubs, and getting it on the wheels! The carb has been sent off for rebuild, when it comes back I'm hoping we will be ready for the first start.

other than that looks great.

nice to see a standard exhaust manifold though

other than that looks great.

nice to see a standard exhaust manifold though

Cheers, I have swapped over the coil and put solenoid in correct position and a period correct rocker cover fitted. Have a new update coming out shortly :) I had to replace the dizzy and coil as they had failed/incompatible with each other. Have a great spark now, just need to get my carb back for first start...